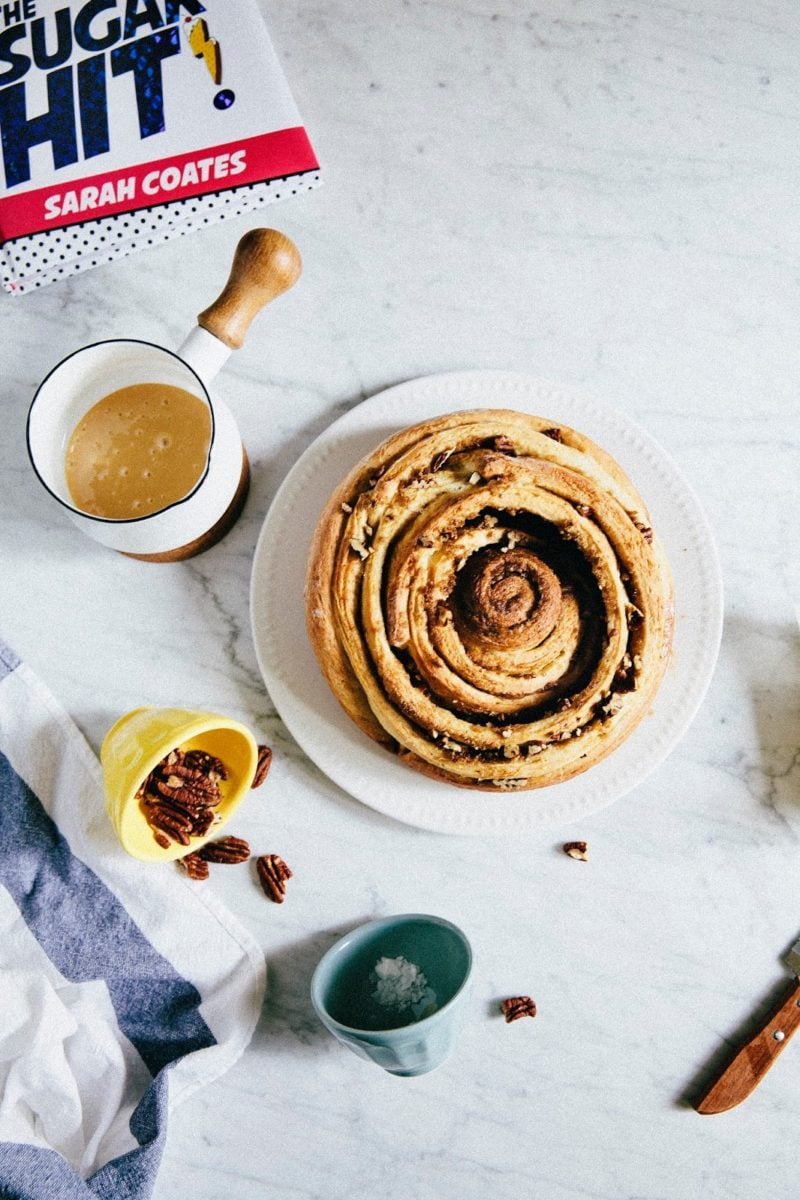 the biggest sticky bun in the world! 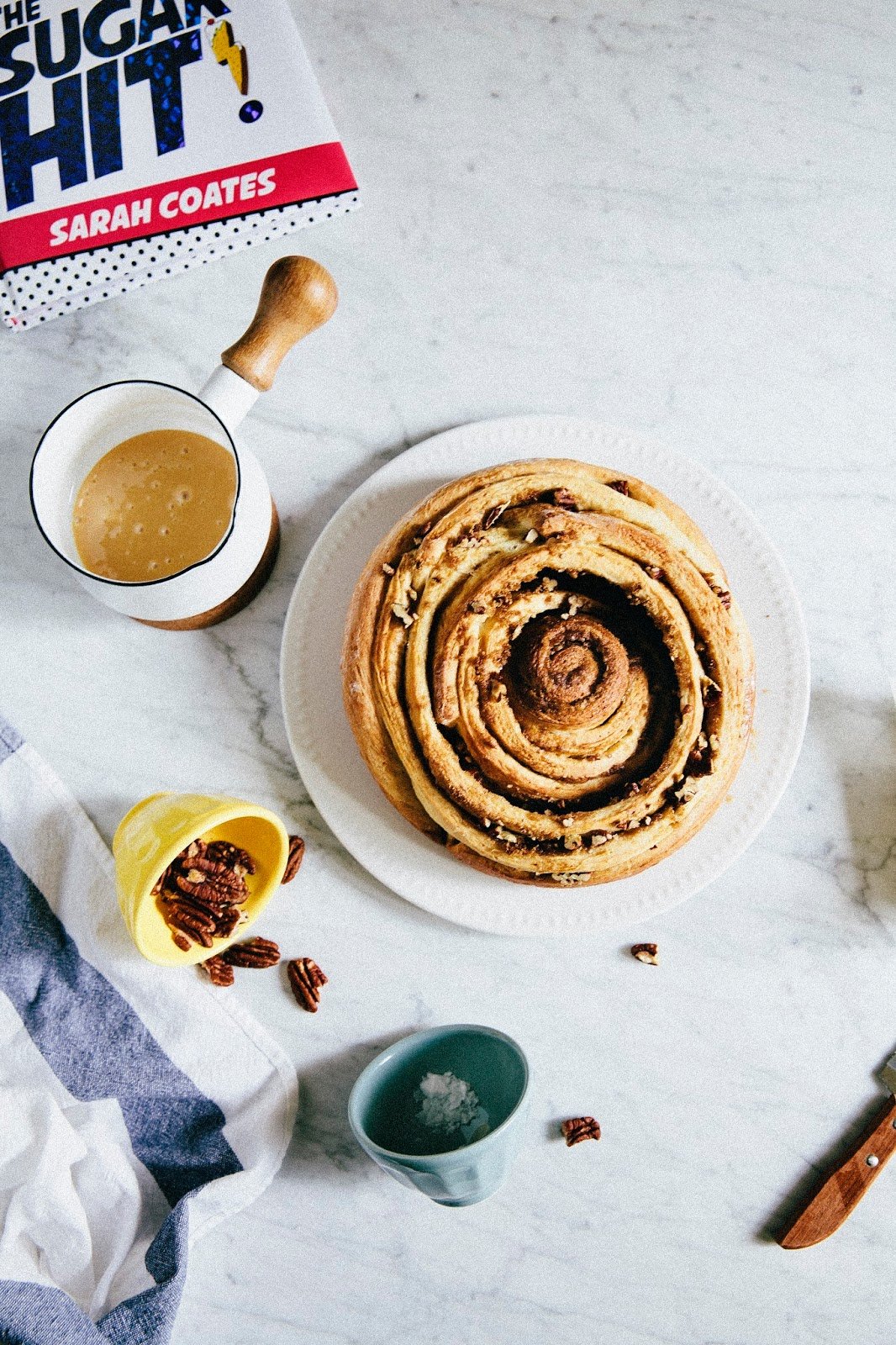 Okay, disclaimer: this is not actually the biggest sticky bun in the world. The world’s largest cinnamon bun is apparently 6 feet in diameter and weighs around 600 pounds. Oops.

In my defense, when I pulled this bad boy out the oven, it certainly felt like I had made the world’s largest sticky bun. Weighing in at around two and a half pounds, my bun was around 9 inches in diameter… okay, sure, when you put it like that, it doesn’t sound anywhere close to the current record holder — but still! This is definitely not your everyday, out of the ordinary sticky bun. 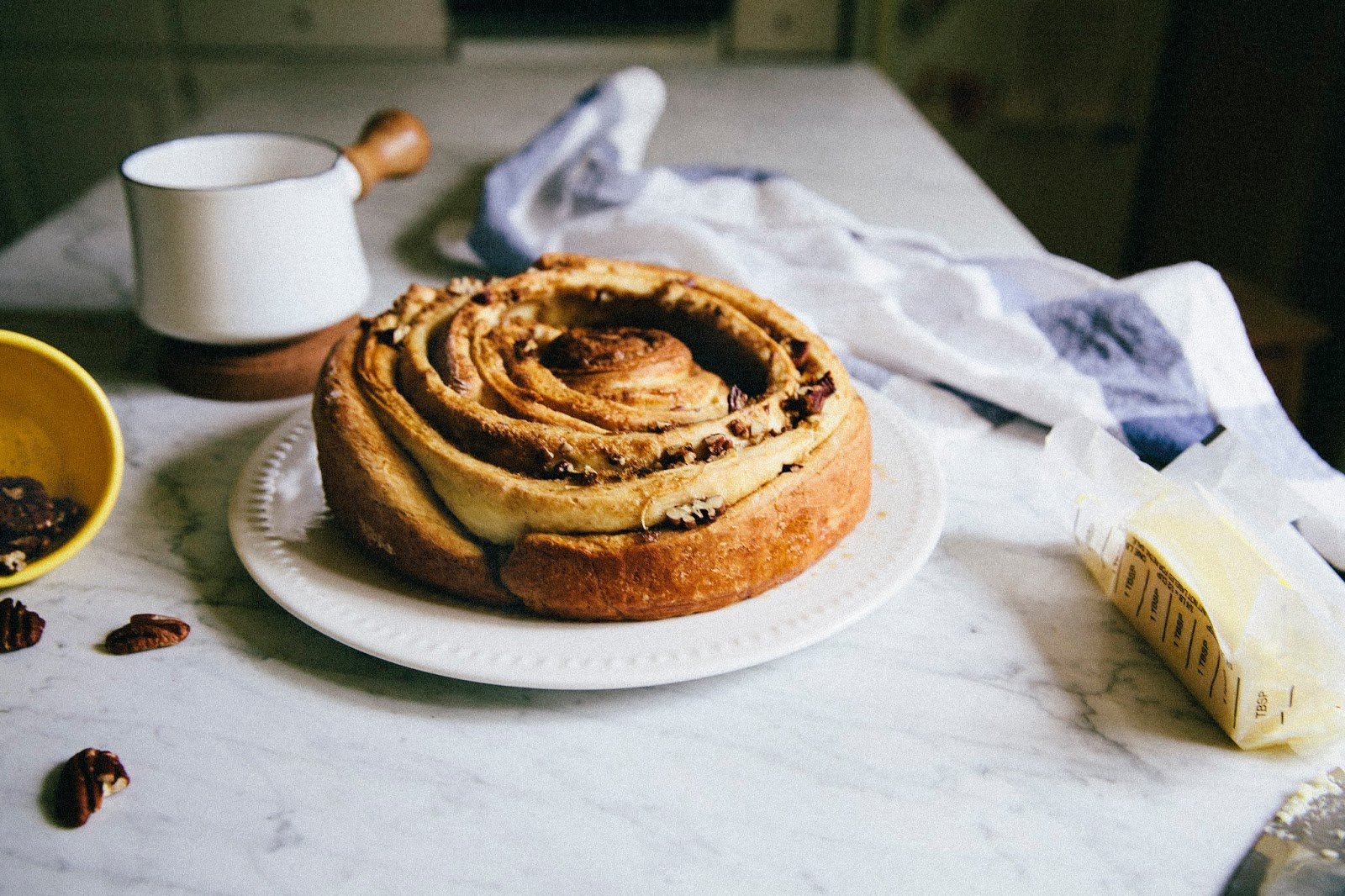 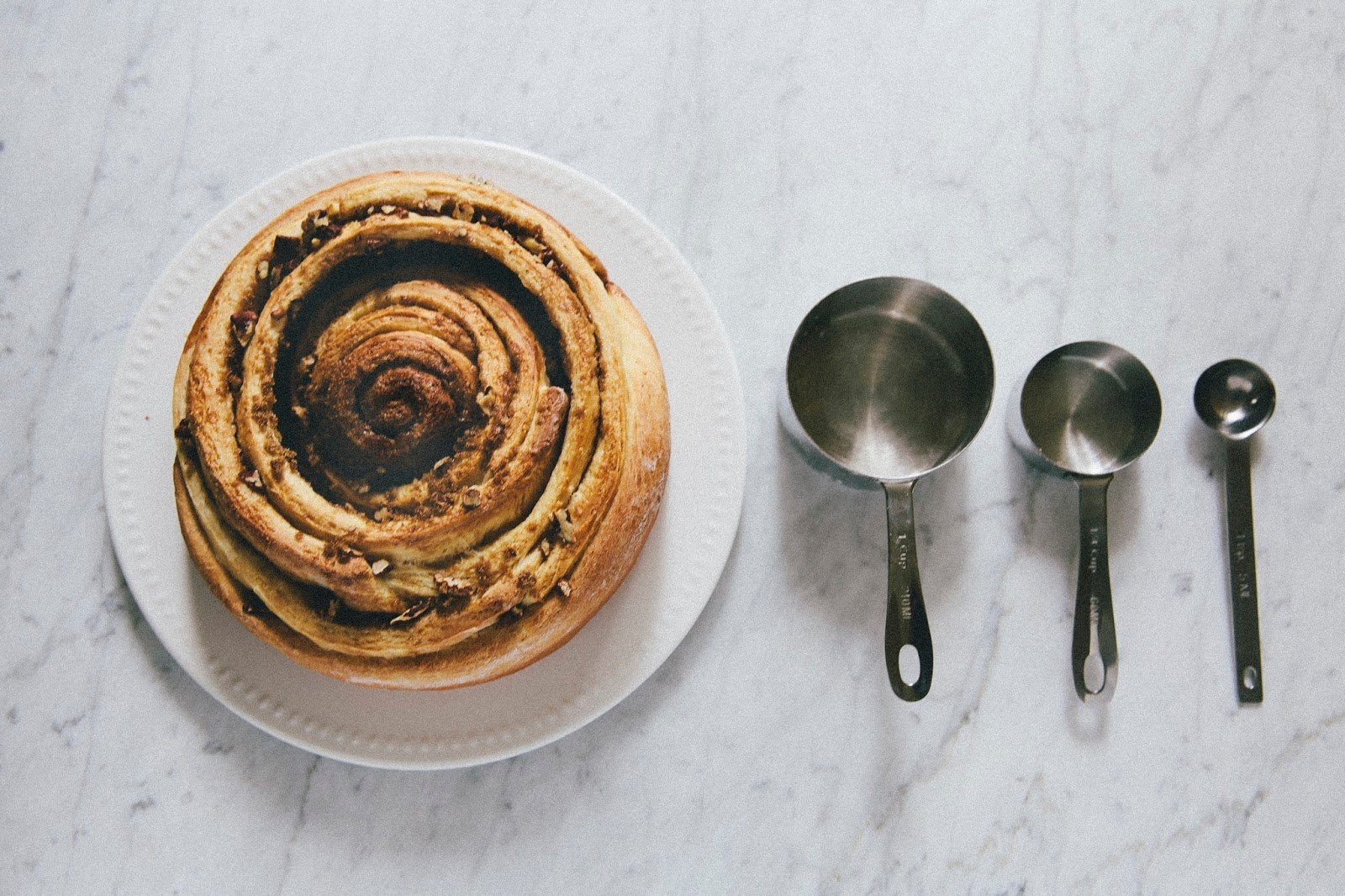 This crazy fun recipe comes from the brand, spankin’ new cookbook of one of my blogger friends: Sarah from The Sugar Hit. With millions of food blogs out there, Sarah stands out with her unique voice, fun comic-book inspired design, colorful photography, and most of all, crazy fun and incredibly inventive desserts. I’m not really a big believer in the concept of soul mates, but when I scroll through Sarah’s blog, I definitely recognize a kindred spirit — girl loves sugar, desserts, and baking as much as I do! In a world that celebrates healthy (often times, paleo, vegan, or gluten-free) diets, Sarah is unabashedly and unashamedly posting recipes for brownie cake topped with cotton candy, cupcakes baked in sugar cones, peanut butter and jelly donuts, and more. Respect. 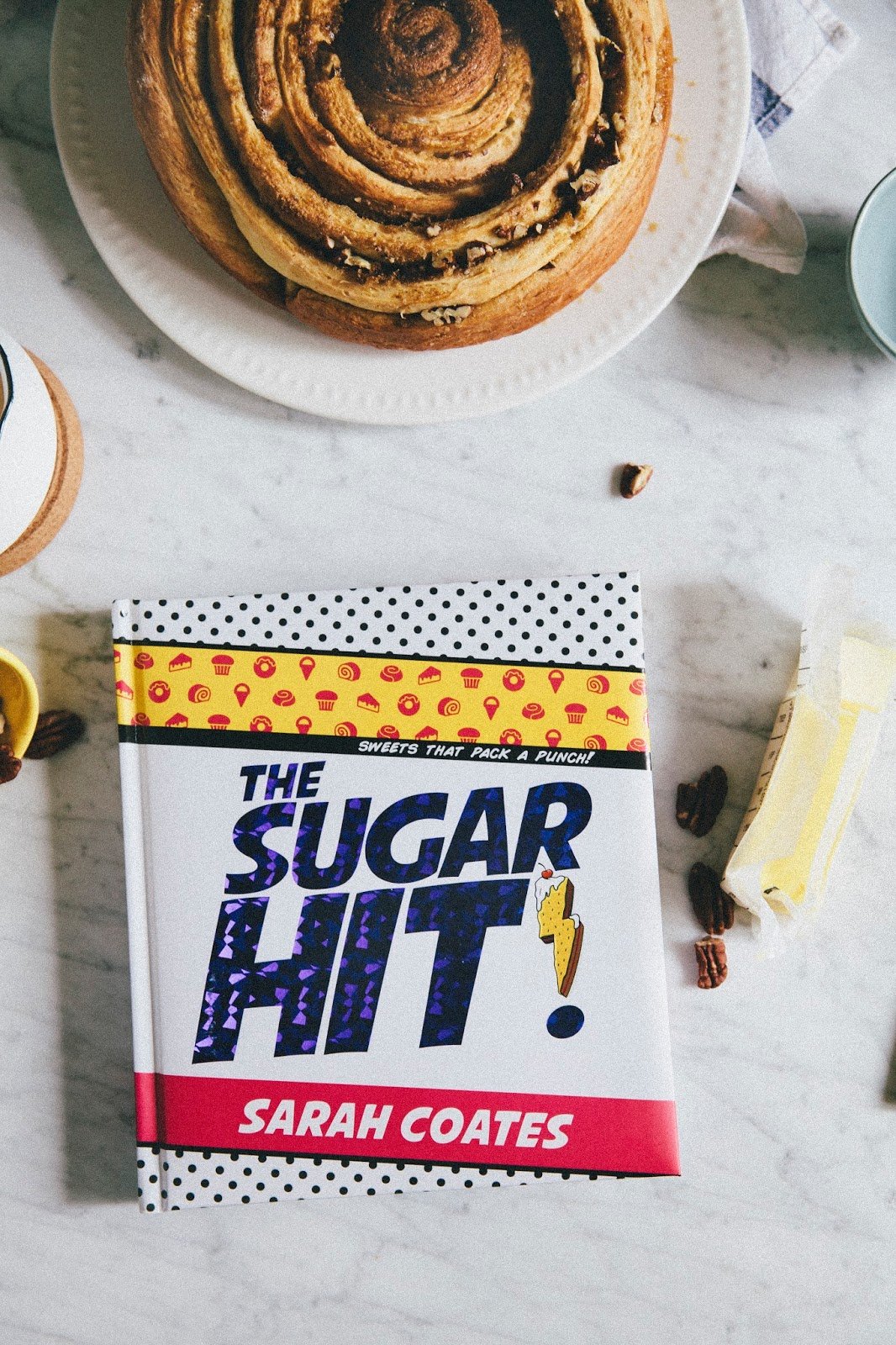 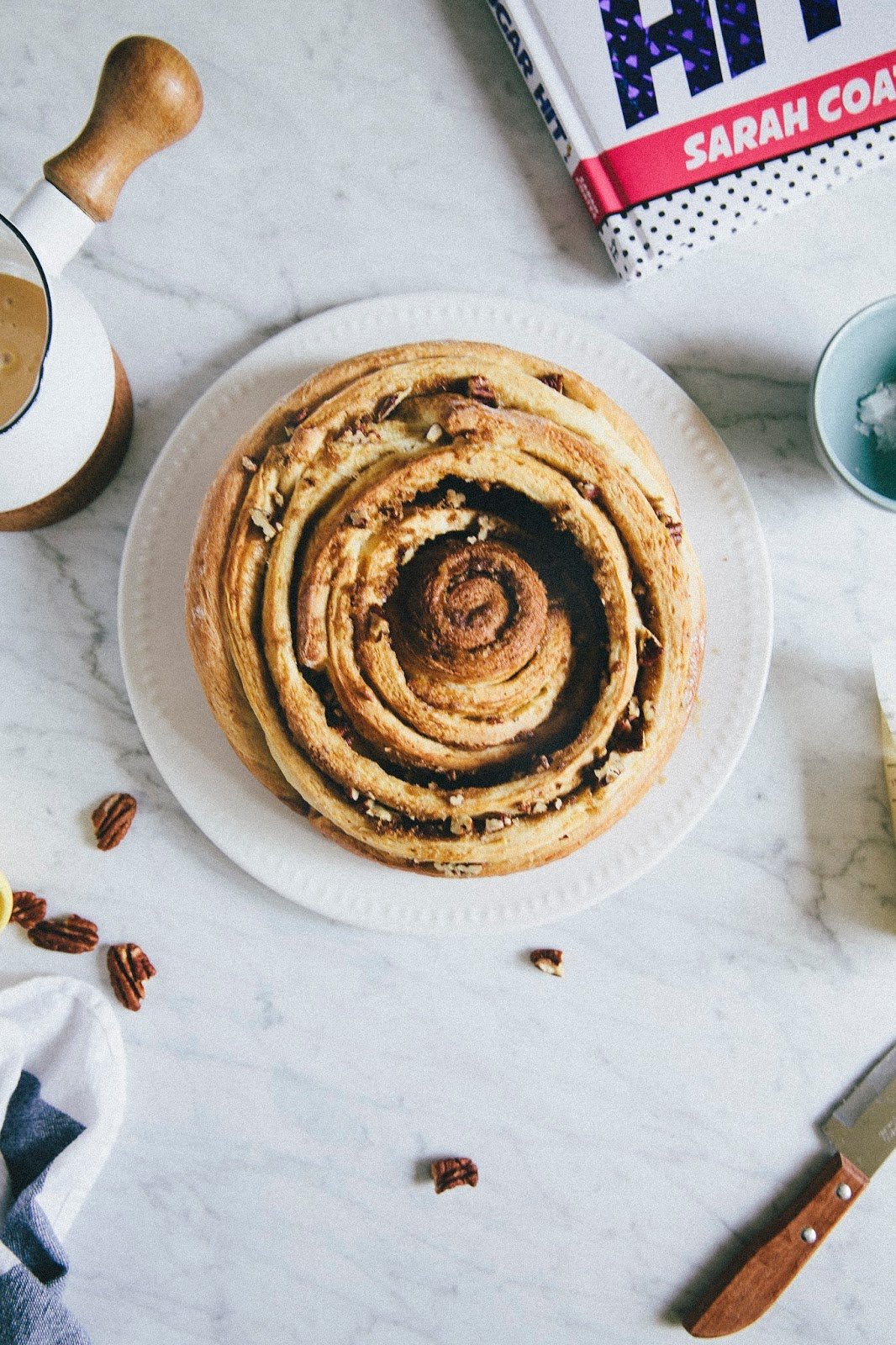 Her cookbook is a testament to this fun, adventurous approach to baking. Flipping through her book, I couldn’t decide what recipe to make first — blueberry and almond morning buns! homemade tim tams! passionfruit s’more cones! blackberry ripple custard donuts! candy bar layer cake! — the possibilities were endless and all equally exciting. I finally settled on Sarah’s recipe for a giant cinnamon bun. I thought that baking a big sticky bun would be the best celebration of Sarah’s even bigger accomplishment of creating such a kickass, epic cookbook. Congrats girl!

Be sure to check out Sarah’s new cookbook, The Sugar Hit!, which is out in stores and online in the USA today! 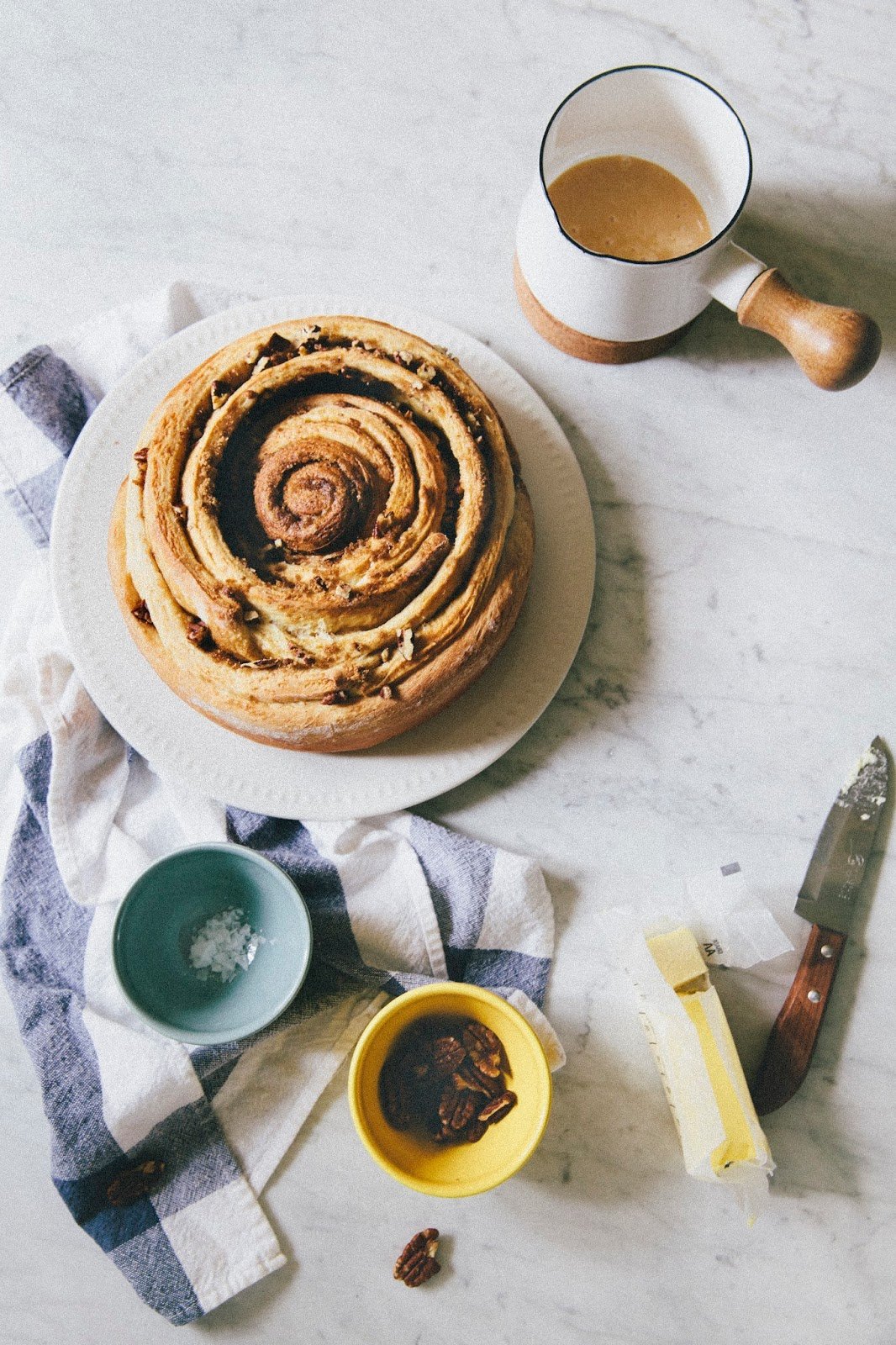 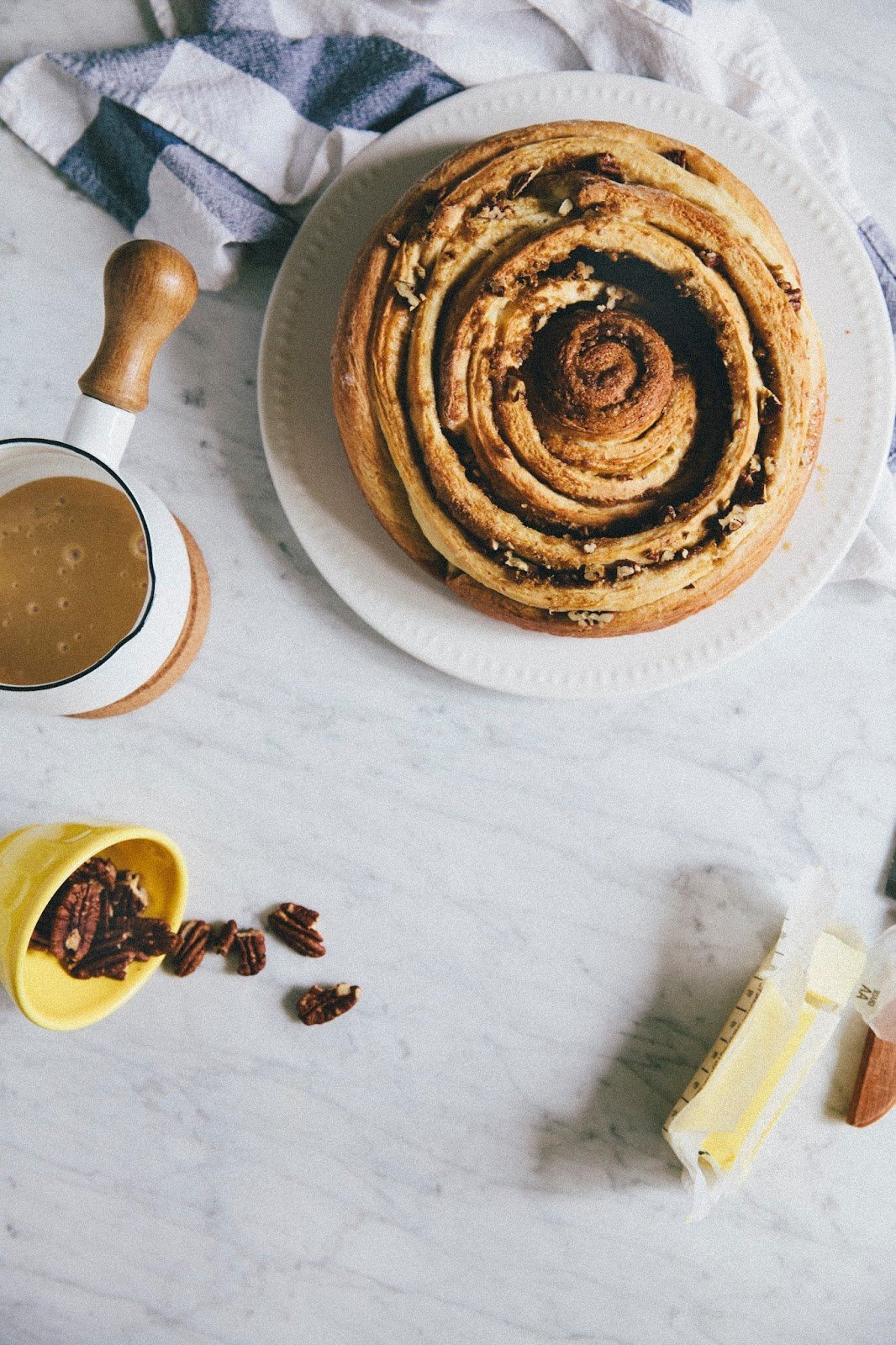 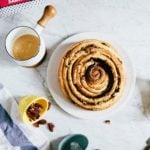 The Biggest Sticky Bun in the World!

For the Cinnamon Bun Dough

For the Cinnamon Bun Filling

For the Dulce de Leche Topping

Reprinted with permission from The Sugar Hit!, Hardie Grant 2015