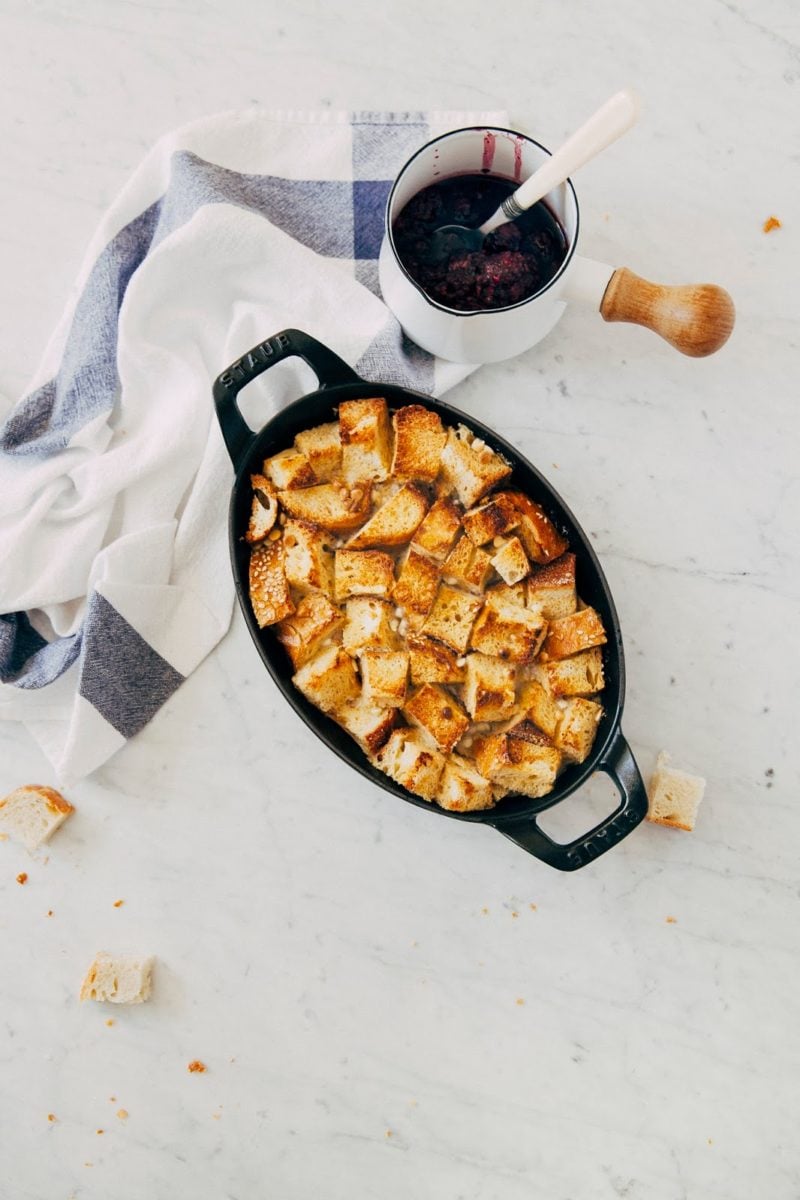 As much as I love sweets and desserts, I do think there are some foods and meals best kept savory. Breakfast, for instance; I’ll take eggs and bacon over pancakes and waffles any day (sacrilege, I know — I can hear some of you guys gasping in disbelief now). I’ve seen a couple of dessert […] 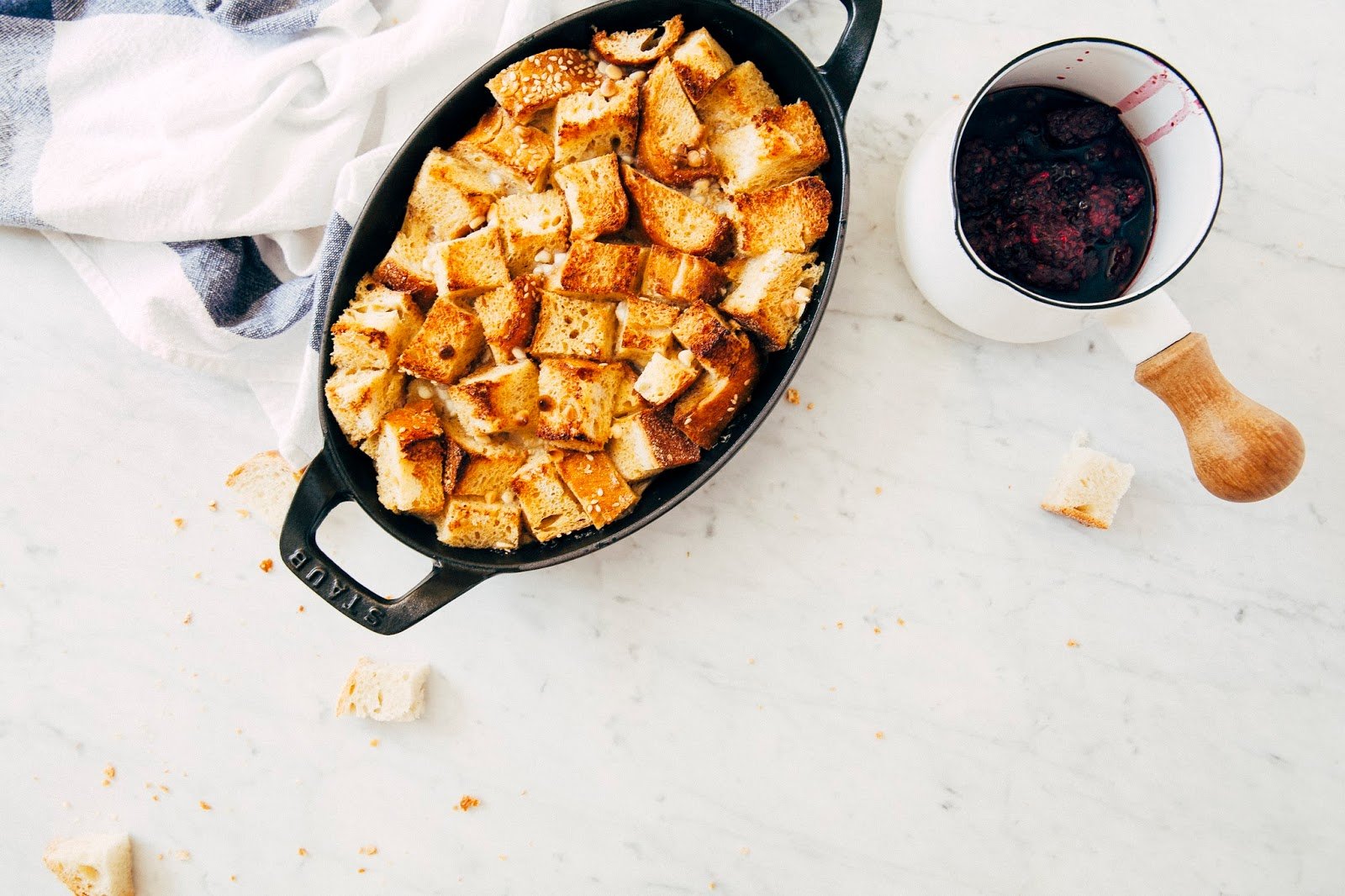 As much as I love sweets and desserts, I do think there are some foods and meals best kept savory. Breakfast, for instance; I’ll take eggs and bacon over pancakes and waffles any day (sacrilege, I know — I can hear some of you guys gasping in disbelief now). I’ve seen a couple of dessert pizzas on Pinterest that, honest to god, actually make me cringe so hard that my face hurts.

For a long time, I was also a firm believer that all things bread related should be kept savory. Why have a peanut butter and jelly sandwich when you could have, well, avocado toast? Or why have French toast when you could have eggs Benedict? No, really?! 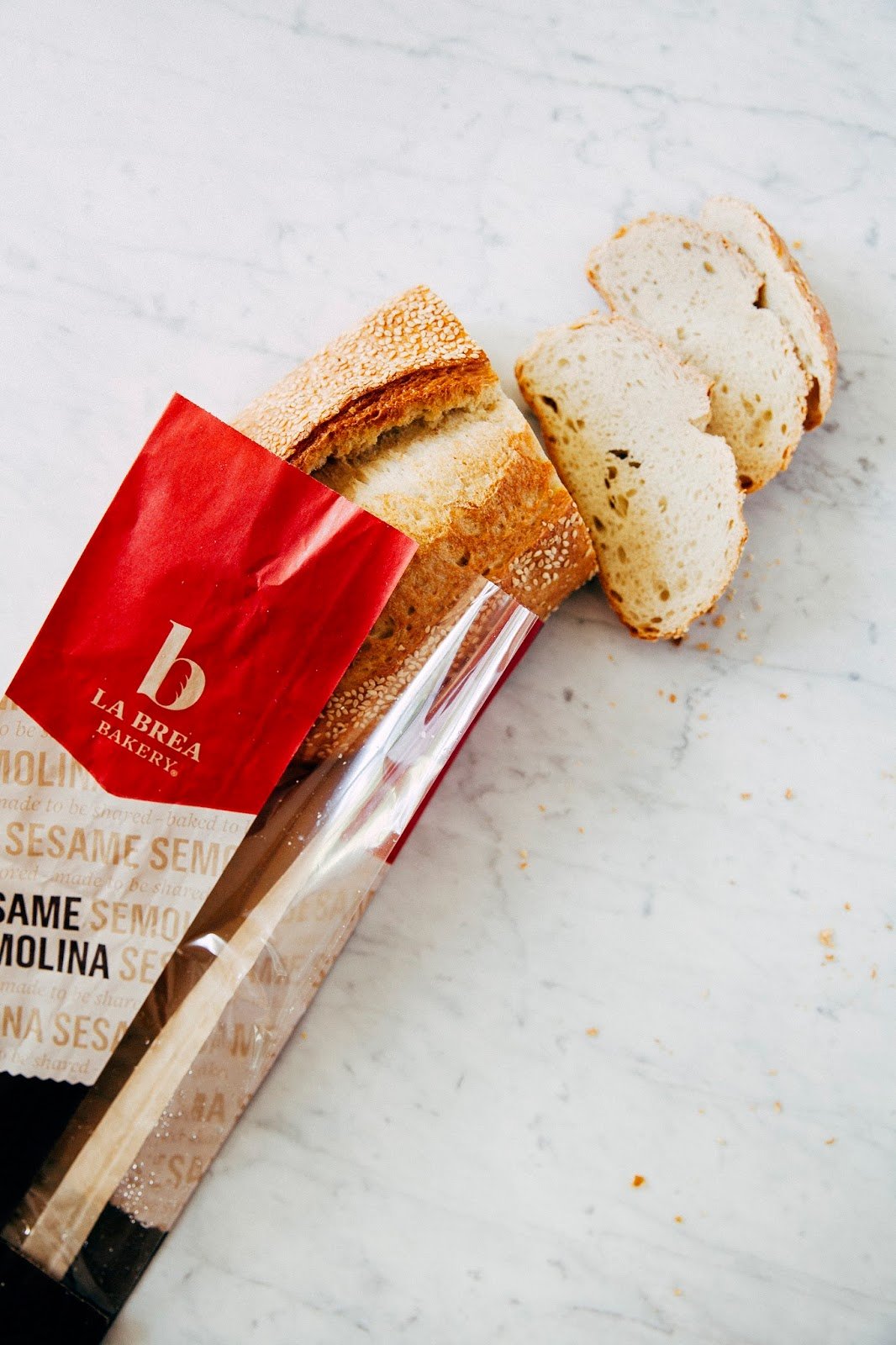 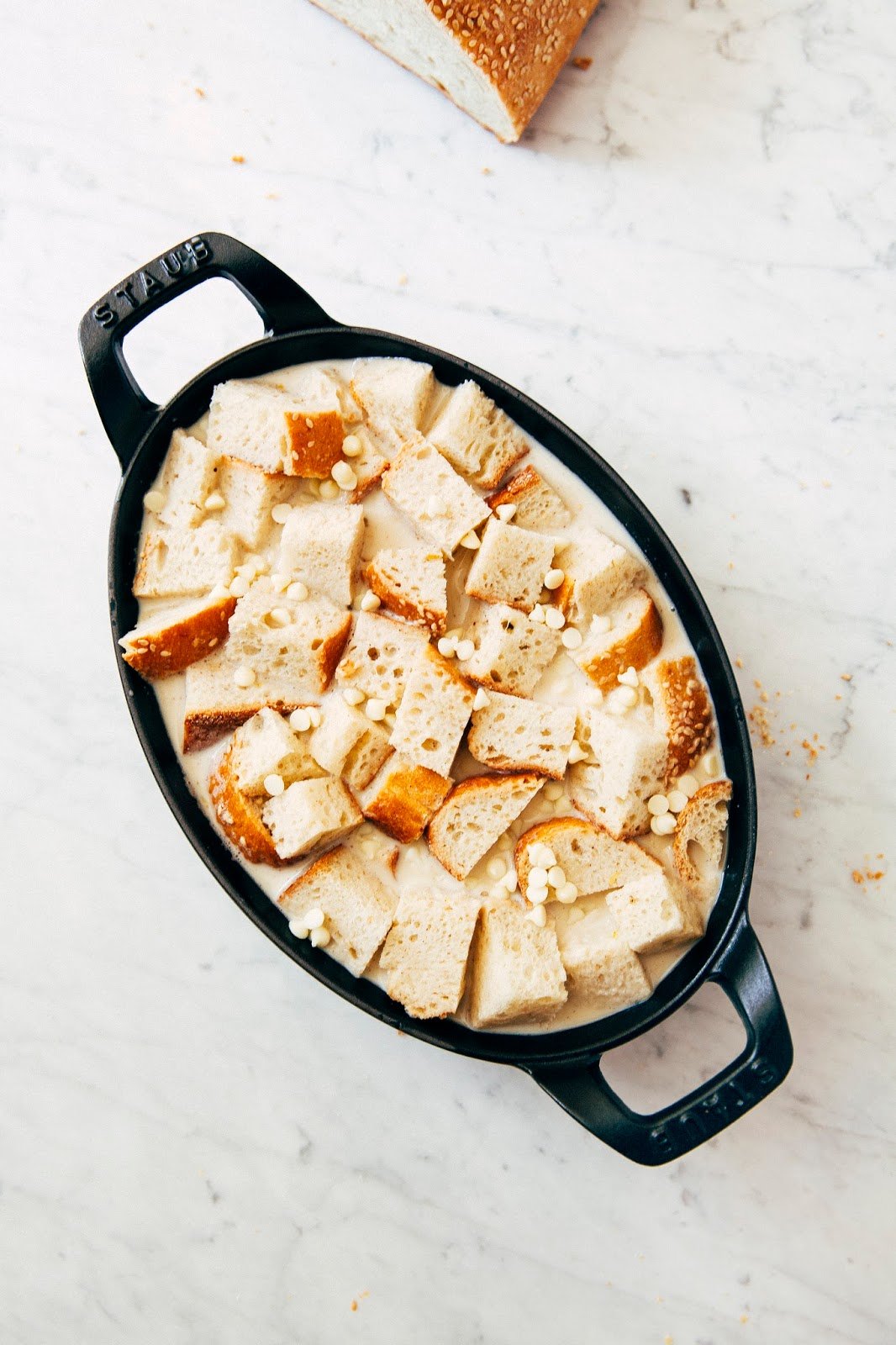 In any case, it took me a long time to come around to bread pudding as a dessert. There was already my existing bias and belief that bread is best kept savory (case in point: pizza). And as a kid, I wouldn’t come near the stuff. It was always served around Christmas time, usually studded with Christmas spices like nutmeg, cinnamon with accompaniments like dried fruit and raisins. Which, with all the chocolates and candy canes lying around, there was simply no competition. I wrinkled my nose and said no thanks.

But recently a friend of mine forced me to try her strawberry brioche bread pudding at San Francisco’s infamous Tartine Bakery. After a lot of resistance on my part, I took a bite. It was a far departure from any of the bread puddings that I’d had in the past. Studded with heartbreakingly fresh strawberries, huckleberries, and chunks of one of the best breads you could get in the city, this was a dessert that I could get behind. 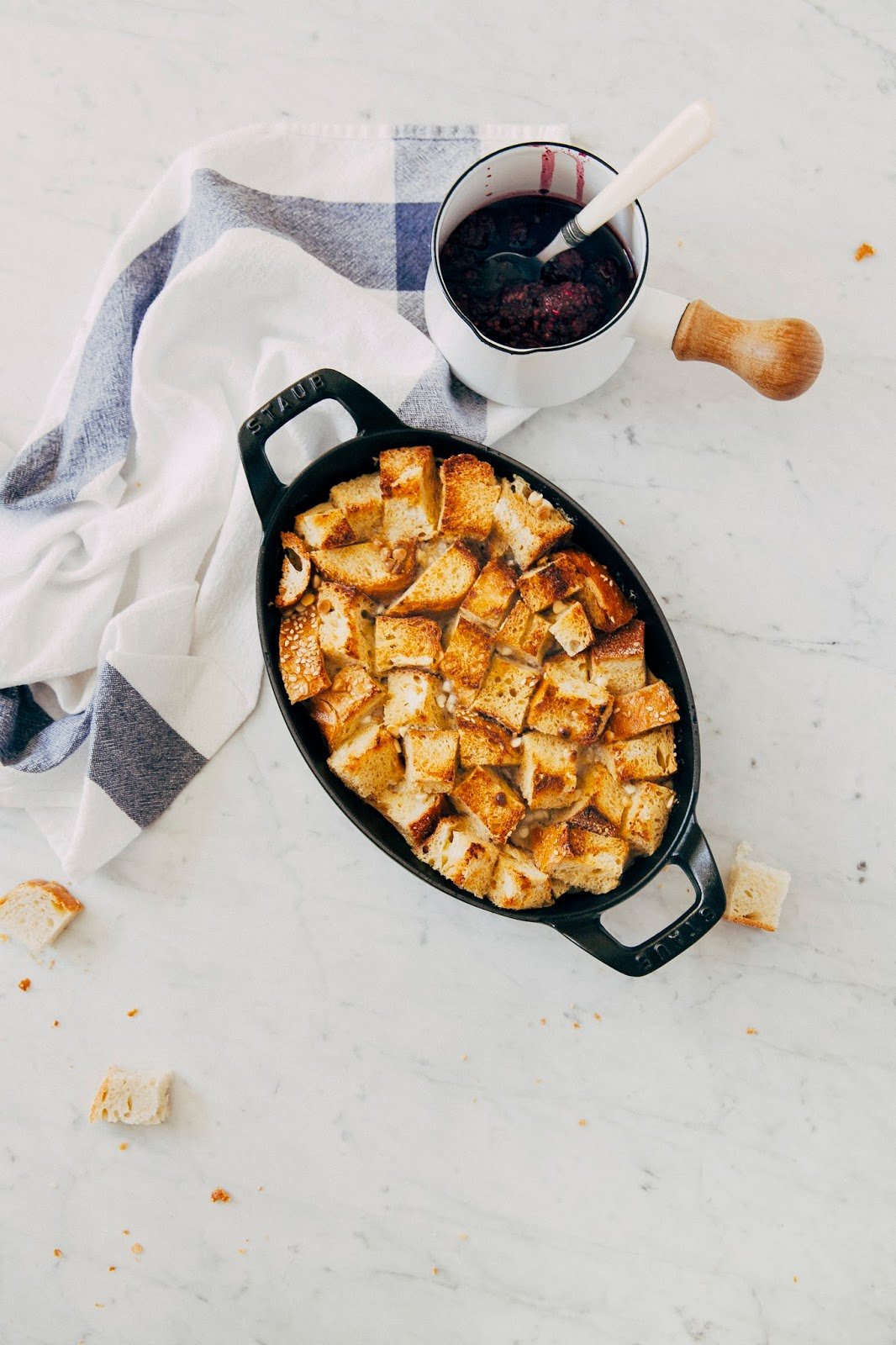 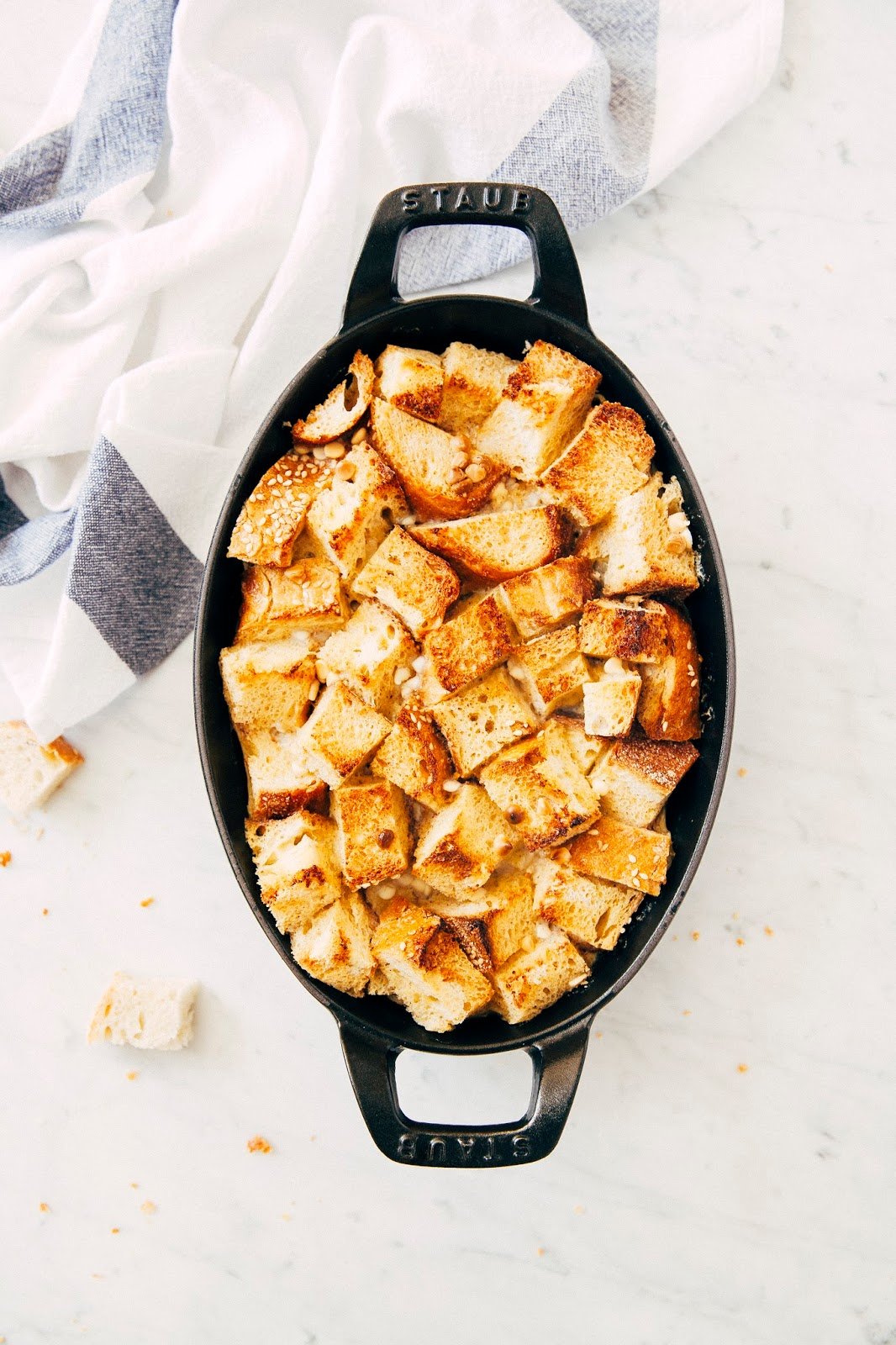 Perhaps that’s the secret to a great bread pudding. None of this boring Christmas spice stuff, no. And certainly no raisins. Instead, just good, high-quality bread accompanied with fresh, seasonal fruit. Which is what I’ve got for you guys today.

The main star of this dessert is of course, the bread. The bread comes from La Brea Bakery, one of the country’s first and most celebrated artisan bread bakeries. Originally based in Los Angeles, these guys have gotten praise from almost everyone, from Chef’s Table to Bon Appetit Magazine and even Oprah herself. I used their delicious and wonderfully nutty sesame semolina loaf and paired it with white chocolate and orange zest, both of which helped to highlight the loaf’s toasted sesame flavor. Served warm, with a side of fresh, made-from-scratch blackberry and orange compote? 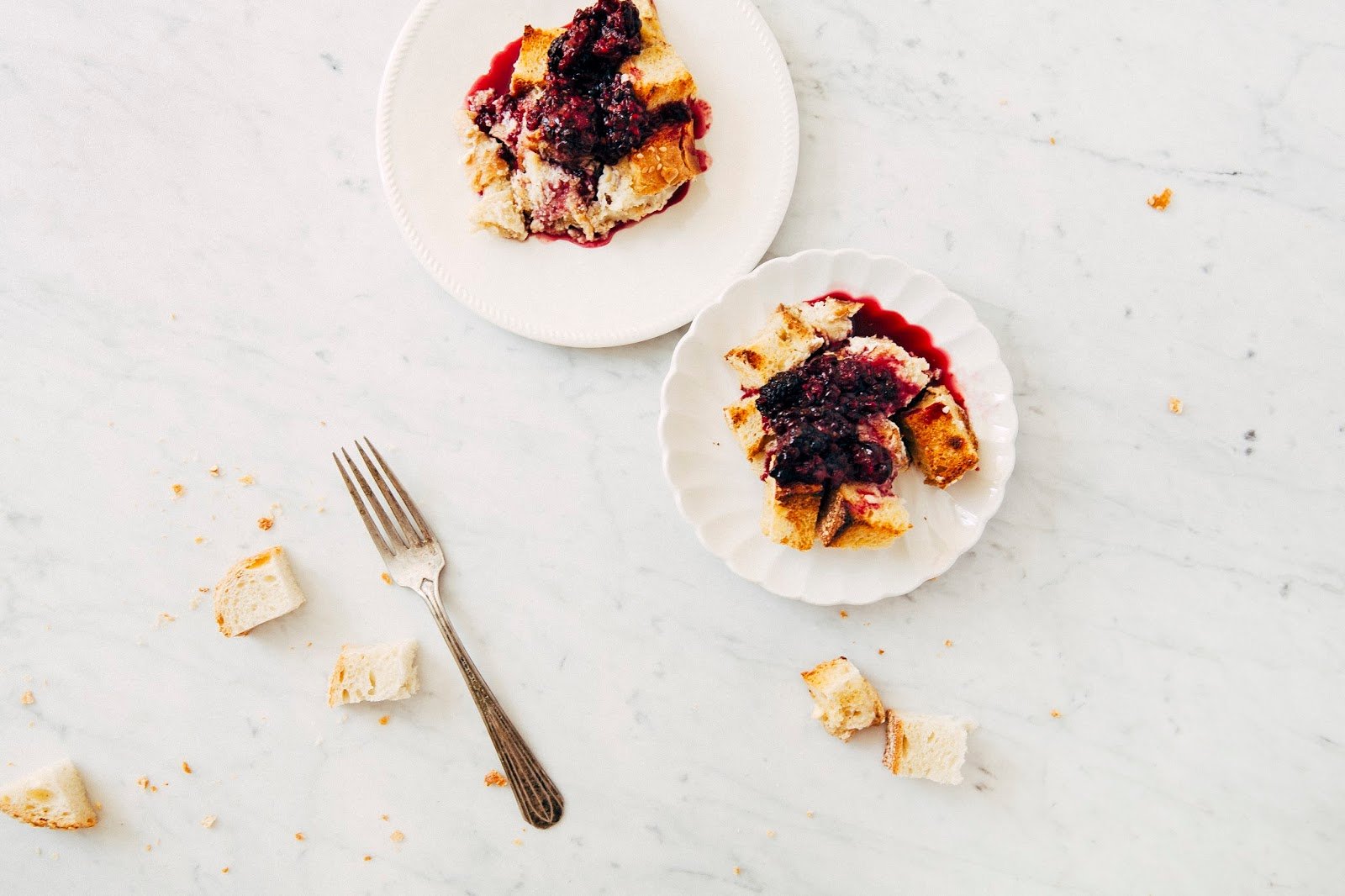 Heaven. The kind of heaven that made me really regret being snobby about bread pudding for all these years.

Oh well. I can still make up for that lost time, right?

Thank you to La Brea Bakery for sponsoring this post by providing ingredients and the compensation to make it happen. All thoughts and opinions are my own, and La Brea Bakery bread is really pretty boss.  La Brea Bakery is currently traveling on their Breaking Bread Tour to bring their bread to eight different cities throughout the country. Thank you for supporting Hummingbird High and my sponsors! 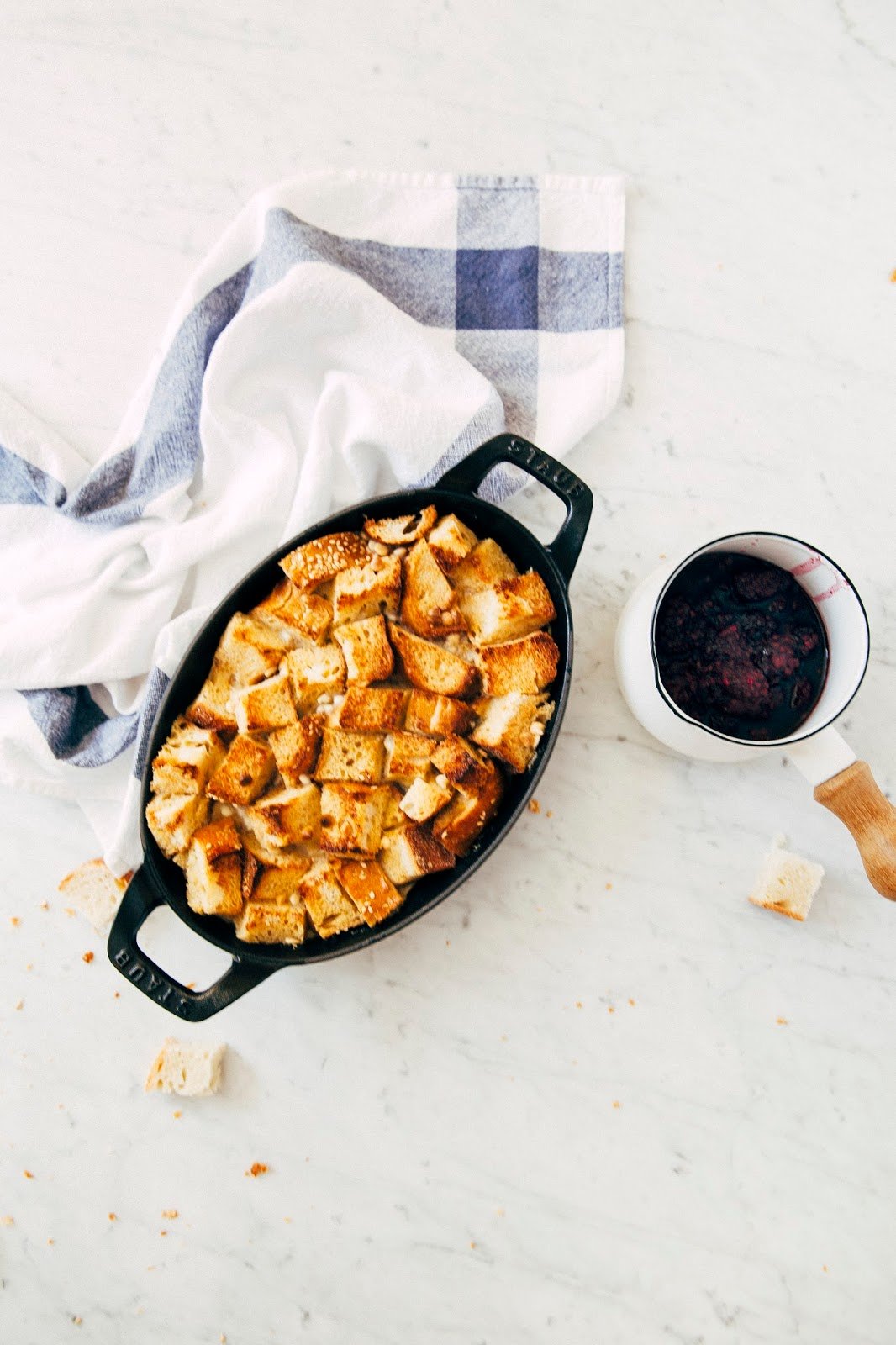 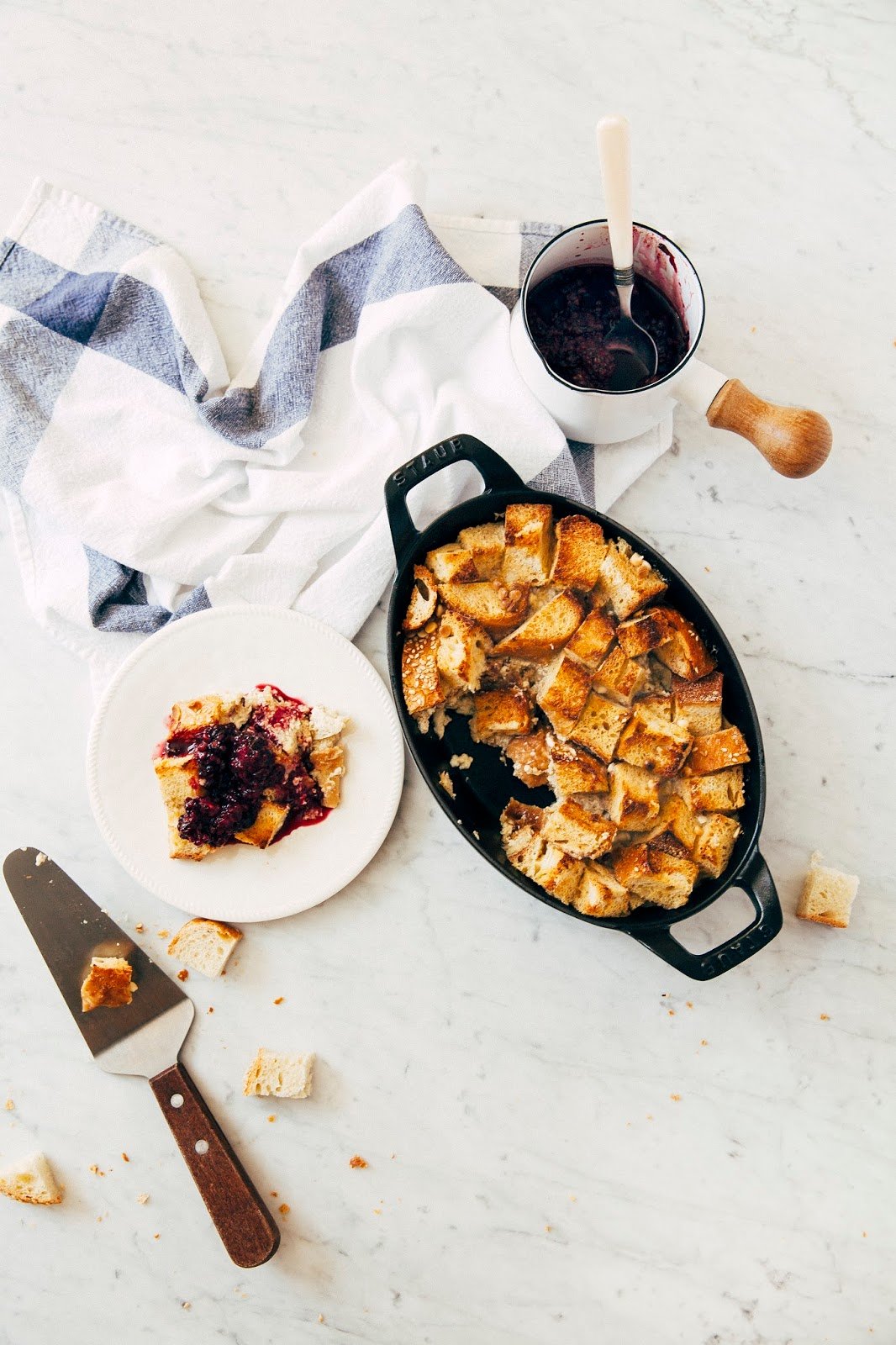 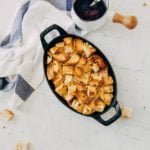 For the White Chocolate Bread Pudding

For the Blackberry Orange Compote

For the White Chocolate Bread Pudding

For the Blackberry Orange Compote