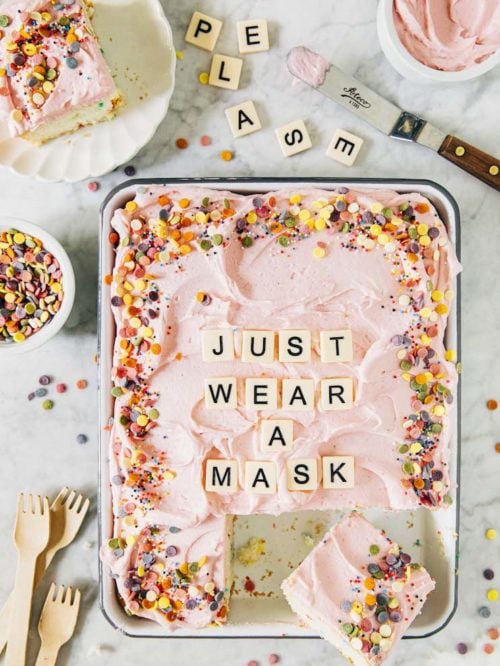 Okay, wow, what a month. We started the month with the country erupting in protest over George Floyd’s death, and saw several prominent institutions like Bon Appetit (more on that shortly), Everlane, L’Oreal, various women’s media sites like Man Repeller, Refinery 29, and so many more crumble under the subsequent reckoning. June also saw a steep, dramatic rise in COVID-19 cases throughout the USA. Read more in my life update for the month of July 2020, with links to my favorite articles and stories from the last few weeks.

Okay, wow, what a month. We started the month with the country erupting in protest over George Floyd’s death, and saw several prominent institutions like Bon Appetit (more on that shortly), Everlane, L’Oreal, various women’s media sites like Man Repeller, Refinery 29, and so many more crumble under the subsequent reckoning. Although it often felt like the world around us was collapsing, I thought it was inspiring to see so many people mobilize to demand justice and accountability at all levels. You can read more about my thoughts on everything in my update from the start of the month.

June also saw a steep, dramatic rise in COVID-19 cases throughout the USA. Although my city of Portland has started to reopen, I’m still not comfortable going “back to normal”. As a result, my days are pretty monotonous: work out, work on this blog, rinse, repeat. Okay, sometimes I go to the grocery store or get takeout. Wild, right? I wish I had news to report, but that’s really all there is.

So, how are YOU holding up? Are you “back to normal”, or still hunkered down at home like I am? I’d love to hear from you all and learn how we can get through this together. I’m still focused on developing small batch recipes, but let me know if it’s time to focus on something else!

In Case You Missed It: New Recipes

And in case you missed it, I published and updated a TON of recipes in the past month. Here’s a round-up of everything new:

Developing and updating these recipes requires financial resources from ads on my website and paid partnerships with brands. Unfortunately, because of the pandemic, many brands have limited their advertising budgets and cancelled sponsorship opportunities. You can read more about the situation in the April and May recaps from this year. So if you are able to financially support my work, please consider becoming a Patreon supporter. In addition to enabling me to keep developing more customized recipes suited to your needs, Patreon supporters help shape future recipes on Hummingbird High and get access to exclusive recipes and Instagram Story tutorials like these Small Batch Blueberry Scones, this Very Small Batch Yellow Sheet Cake, and these Small Batch Cinnamon Rolls.

Below are pictures of the two most popular recipes from the month—Small Batch Funfetti Cake and Small Batch Cinnamon Rolls—to inspire you:

Aside from developing the new recipes above, I also participated in some social justice campaigns. Learn more about them below:

Donor Matching and Fundraising for the Black Lives Matter Movement

At the start of the month, I did some fundraising and donor-matching campaigns for the following black-led nonprofits: Campaign Zero, The Loveland Foundation, SAAFON, and Woke Vote. Each non-profit is committed to fighting systemic racism and racial injustice in different spaces like law enforcement, mental health, food, and voting systems. Together, we raised almost $6k for the different causes! You can learn more about each one in this blog post.

I also participated in the world-wide Bakers Against Racism bake sale with a bunch of local Portland bloggers. I made these BLACK LIVES MATTER vanilla and chocolate shortbread cookies and donated 100% of the proceeds to Black Food Sovereignty NW (a Portland-based non-profit that helps BIPOC individuals overcome the economic and educational barriers to participating in the local food economy). Together, we raised over $2,000 in donations for BFSC! A big shout-out to Becky from Baking The Goods who led the charge organizing and rallying everybody. You can also learn more about the Bakers Against Racism Bake Sale in this Eater article. It turns out that bake sales have always been a powerful fundraising tool for marginalized groups—you can learn more about their history in this Taste article.

This past month, I also spent a LOT of time thinking and reading about food beyond the baking recipes you see on this blog. Here are the issues that stuck with me:

The Flaming Hot Mess That Is Bon Appetit

Do we even need to talk about the flaming hot mess that is Bon Appetit at this point? In case you missed it, Bon Appetit’s editor resigned after a food writer exposed an old photo of him in brownface. Sohla El-Waylly, one of their few BIPOC staff members, also publicly revealed how Bon Appetit consistently underpaid and undervalued the contributions of their BIPOC employees. You can read more about the controversy in the Business Insider scoop, and hear the story from Sohla herself in this Sporkful podcast.

While this was a shock to many of their fans, I wasn’t surprised to hear about it at all. Personally, I’ve always side-eyed some of their approaches to “ethnic” food. Often times, they presented the food in a way that completely removed its historical and cultural context to make it more “palatable” to their (very white) audience. I’m still reeling from the time when they got that white chef to explain how to eat pho “the correct way” (and Adam’s pretty lackluster “lol/we fuxed up/our bad/lol” response to the outrage—good riddance, Adam). And when Chris Morocco appeared to do the BAREST amount of work to understand this classic Filipino dessert and proudly presented this embarrassing recipe (something they recently acknowledged in this update). I also have several BIPOC acquaintances and friends of friends who previously worked or interned at Bon Appetit. Their stories revealed that the culture at Bon Appetit was “very high school”—that is, life was great if you were considered a cool kid, and not so much if you were otherwise. The worst part? “Cool” and “not cool” were easily defined by “white” and “not-white”.

I myself have contributed work to Bon Appetit. For several years, I was a photographer at their food festival. I even hosted a pie-making workshop with Lauren Ko of @lokokitchen fame there a few years ago. Last year, I contributed two articles for Basically (this one about sifting ingredients and this one about bringing ingredients to room temperature quickly). I was never financially compensated for any of it; instead, it was all done in exchange for “exposure.” Later, however, I found out that some of my (cough, WHITE, cough) peers received payment for the same type of work. Very cool.

I don’t really want to talk about this further because doing so always brings me to the verge of tears and/or a rage blackout. But I AM going to leave you with this: if you watched the events of the last few weeks unfold at Bon Appetit and STILL support them with your follows, subscriptions, kind words, likes, and whatever else, I want to know why. There are SO MANY amazing recipe developers, content creators, and food writers—ones who aren’t racist, and ones who actively take the time to actually understand the recipes they are creating and uplifting—that deserve your support instead. Please reconsider your support for Bon Appetit until they step up and do the work. Especially because, since the big blowout, Bon Appetit and their parent company Conde Nast have continued to handle things poorly. They recently suspended a staff member who advocated for better treatment of their BIPOC employees. Yikes.

Read more about the controversy here:

Again, I am happy to recommend other recipe resources sources and food publications beyond Bon Appetit. Shoot me an email, DM me on Instagram, or leave a comment on this post any time.

At the start of the month, I wrote a lengthy post about what it was like to navigate social media as a content creator. In those chaotic weeks, I learned a LOT about the way people use social media to communicate, what is expected of brands and content creators, performative activism, and accountability. Since then, I’ve also read some more articles related to those issues. So if you read my initial blog post and found it valuable, please check out the links below:

On How The Food World Is Navigating The Social Justice Movement

On the Role of Social Media in The Social Justice Movement

One of my biggest takeaways from the last few weeks is this: true allyship is an ongoing process that requires a lot of calibrating and course-correcting as we learn and process new information. As always, thank you for being here to learn and grow alongside of me.

Now, I hope you all are staying safe and healthy! Please let me know how you’re doing in the comments below, and feel free to share the ideas and issues that are floating around in your heads, too. 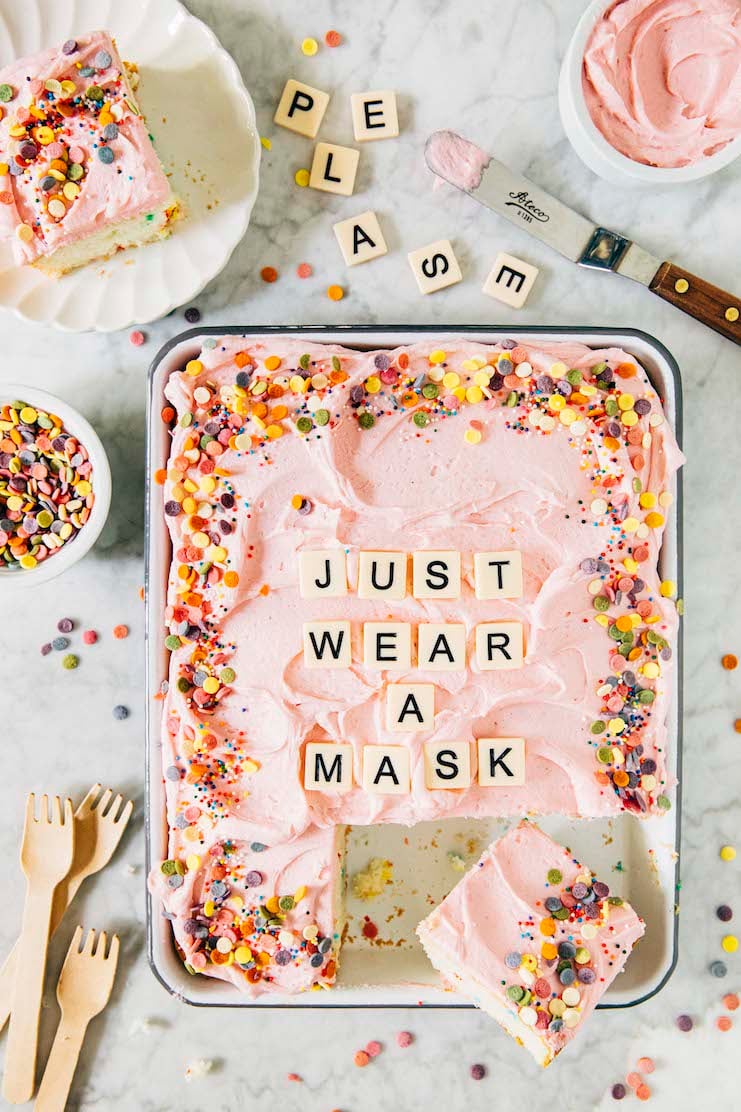 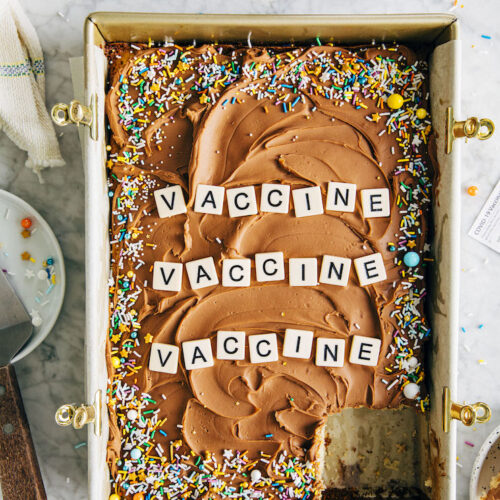 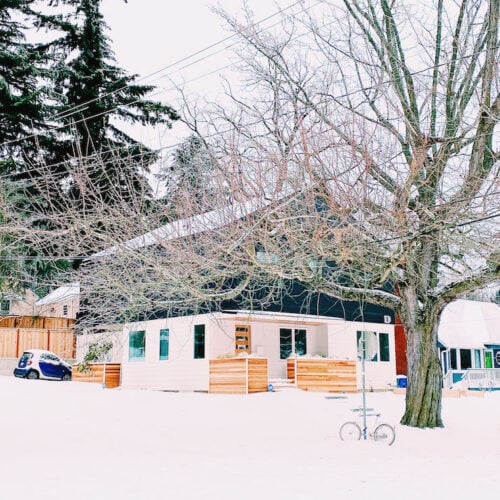 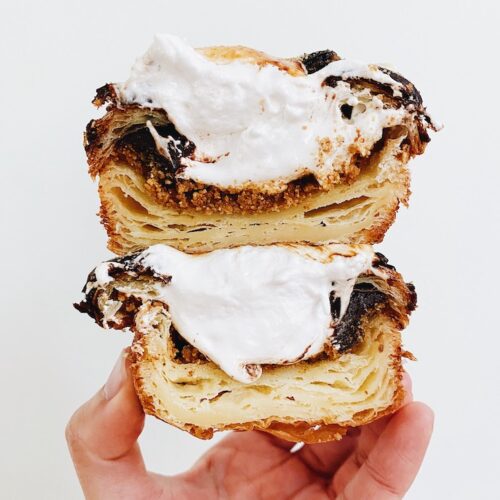