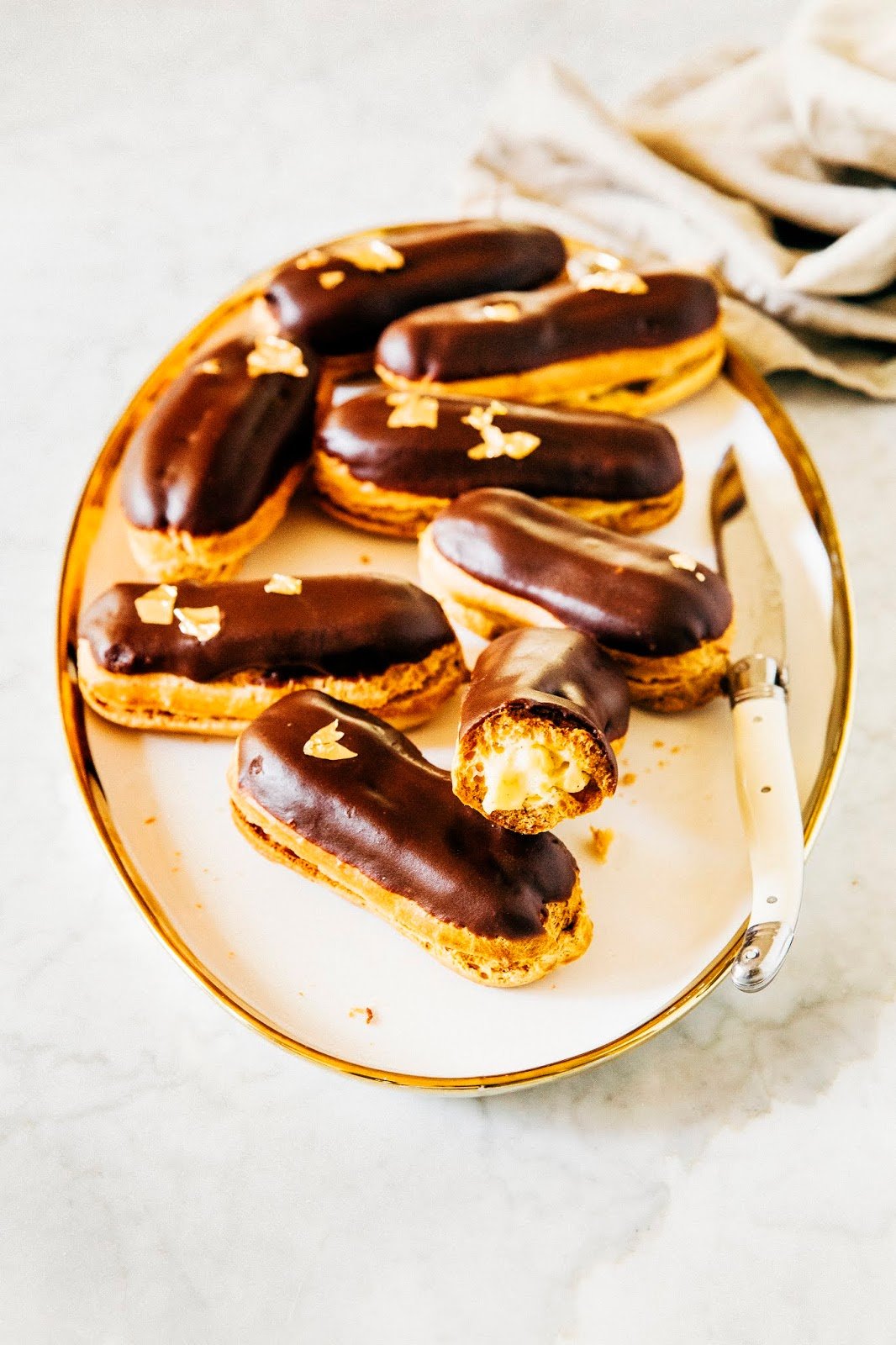 Remember the #tenyearchallenge from the start of the year, when everybody was posting photos of themselves from 2009 and comparing them to now? I’m doing an extended version of the challenge and doing a three part series, re-baking the desserts I made ten years ago (when I was still a senior in college, omg!), and […]

Remember the #tenyearchallenge from the start of the year, when everybody was posting photos of themselves from 2009 and comparing them to now? I’m doing an extended version of the challenge and doing a three part series, re-baking the desserts I made ten years ago (when I was still a senior in college, omg!), and sharing stories and photos from then and now. First there were these white chocolate and peanut butter cup cookies, and today, these eclairs (along with some hilarious photos of 21-year-old me)—enjoy!


Greetings from London! By the time you read this, Erlend and I will have hopefully arrived in London in one piece. We’re here for an all-too brief vacation, which I very much need after the last few weeks, no, months of editing for my upcoming cookbook, Weeknight Baking.

With the exception of Instagram, where I’ll occasionally post stories of The Cat sitting on my manuscript trying to get my attention, I haven’t really talked about the the process of editing my book all that much. That’s because, contrary to popular belief, it was not a very glamorous process at all—there was no leisurely editing in coffee shops, or even meditative introspection in cozy sweaters with my cat on my lap (the photo below is the one exception in which, two years after starting my book, I was finally able to make it to a coffee shop, lollll). 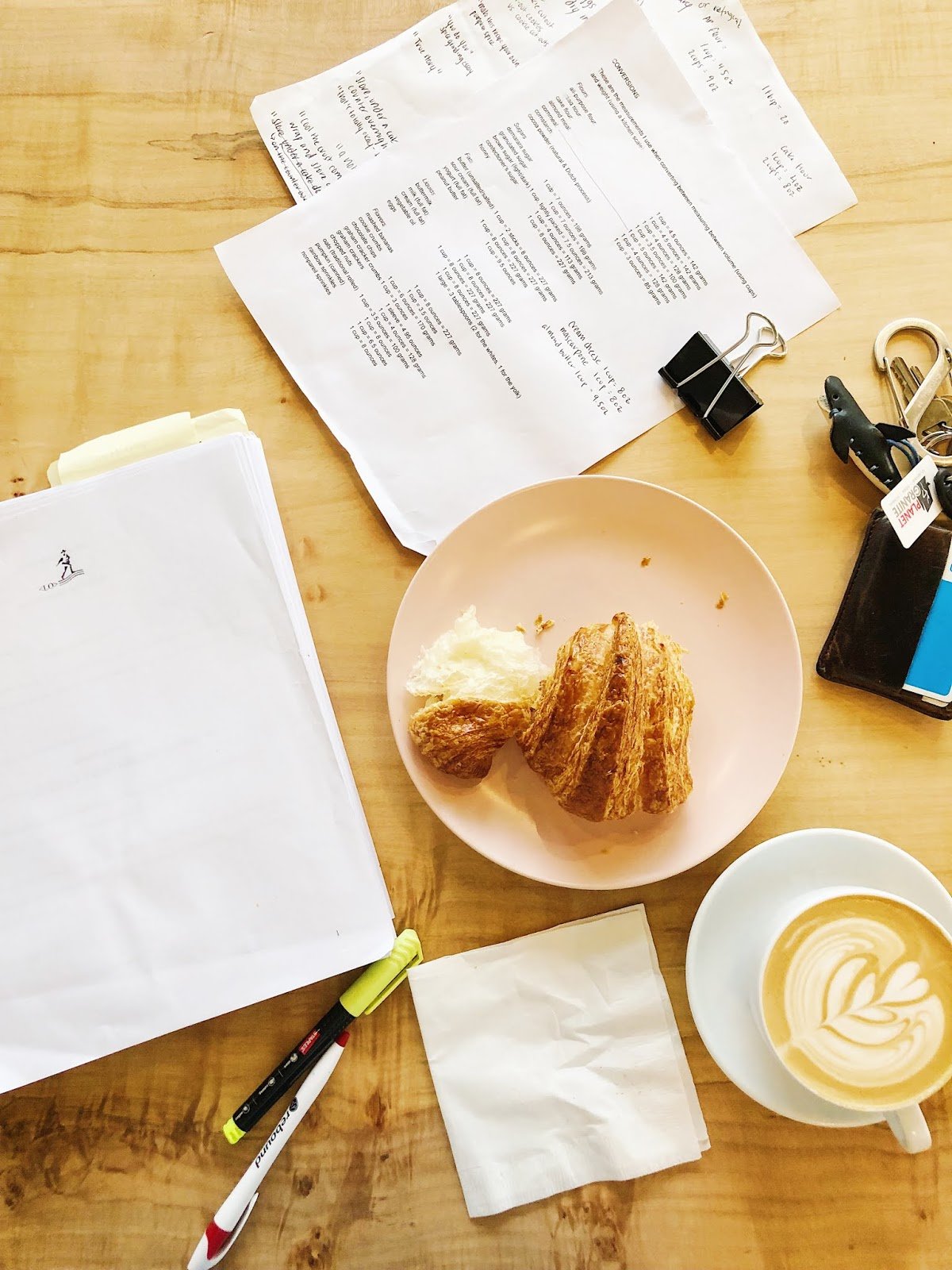 Instead, here’s how it all went down:

So far, my book has gone through a few major rounds of edits. The first happened at the end of last summer after I turned in my manuscript for the first time. My editor read the whole thing through, making comments and suggestions on how to make the content fit the overall theme of the book better. For me, this was the hardest part of the editing process. There was a fair amount of conflict between my vision for the book and what my editor wanted. Every edit felt like a compromise—or worse, an argument. I spent many nights rewriting the same passages over and over, as well as going back and forth between drafts, with two monitors literally dedicated to comparing versions side-by-side.

After (literally) months, we were able to get the manuscript to a good middle ground. That meant it was ready for the next stage: copy edits. While my editor primarily handled Big Picture edits like, “Does this recipe fit the overall theme of the book?” or “Describe why this recipe is good for a weeknight.”, the copy editor handles Small Picture stuff like correcting grammar, spelling, typos, and more. I actually enjoyed this process and learned/re-learned a lot about grammar rules and sentence structures that I hadn’t thought about since I was in school. Unlike the previous editing phase, where a lot of the edits felt subjective and personal, this type of editing felt more like solving a set of math problems with clear right or wrong answers. That being said, the copy editing process was a LOT of work. You’re given a very short amount of time to fix the manuscript: I had a week and change to go through the 360+ pages of my manuscript, and almost every page had something that needed to be reviewed. Furthermore, because the copy editor is also given a short time with the manuscript, I found other mistakes and/or inconsistencies that were missed throughout the text. It was a Sisyphean task and, to complete it, I actually had to pull a few all-nighters.

In many ways, the copy editing process was very reminiscent of my some of my final days in college. I went to a college where, in order to graduate, all students spent their senior year writing a thesis that was meant to be a culmination of our four years of study. My college prided itself on this fact, and had many dedicated resources and rituals around it: seniors would get their own dedicated desk in the library (“the thesis desk”), and completed theses would be bound in a hardcover and forever stored in a dedicated tower in the library (“the thesis tower”). The last weekend of the seniors’ final semester kicked off with a “thesis parade”, in which all graduating seniors would burn previous thesis drafts in a bonfire while dousing each other with bottles of cheap champagne: 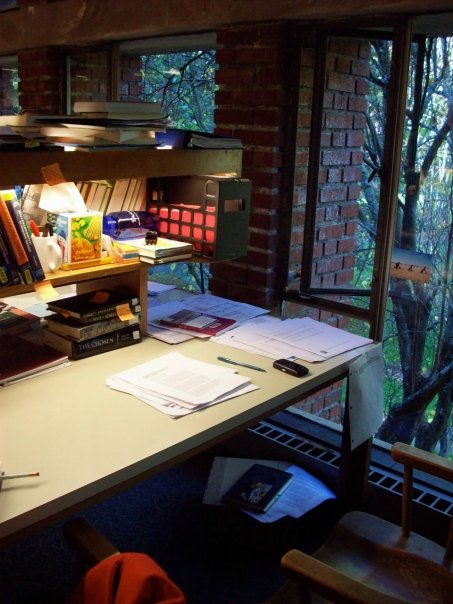 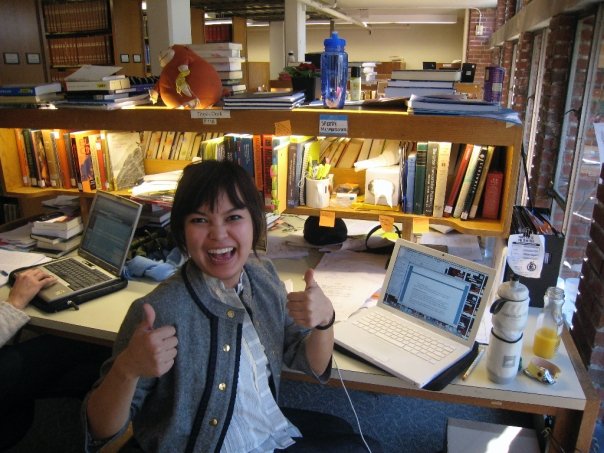 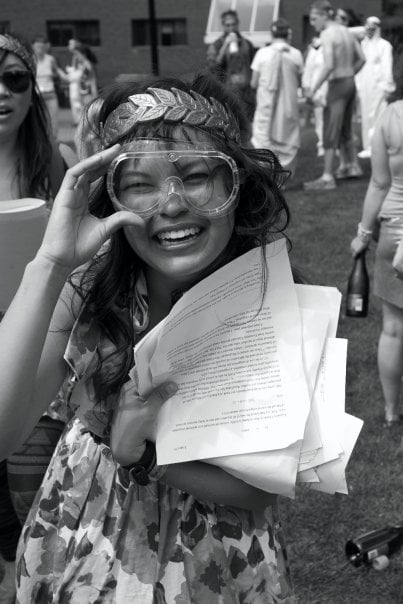 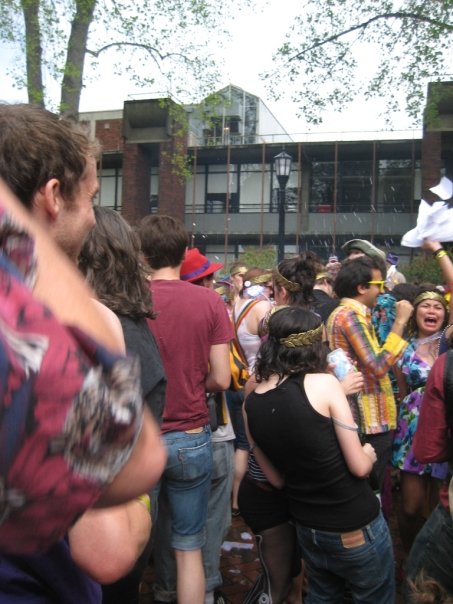 While writing a thesis felt like a Very Big Deal at the time, it’s something I look back on today with a mix of amusement, nostalgia, pity, and embarrassment. But here’s the kicker—I’ve basically found myself in the same position exactly ten years later, both literally and figuratively. The way I see it, Weeknight Baking is basically a summary of all the baking knowledge and expertise I’ve acquired in the last eight years of blogging; it is the thesis of Hummingbird High. In fact, in order to get my copy edits done, I actually went back to my college library to pull the all-nighters (it was the only place open late enough that was quiet and without the distractions of my cat). I even sat in the exact same spot that I used to do all my homework in (sadly, my old thesis desk was occupied): 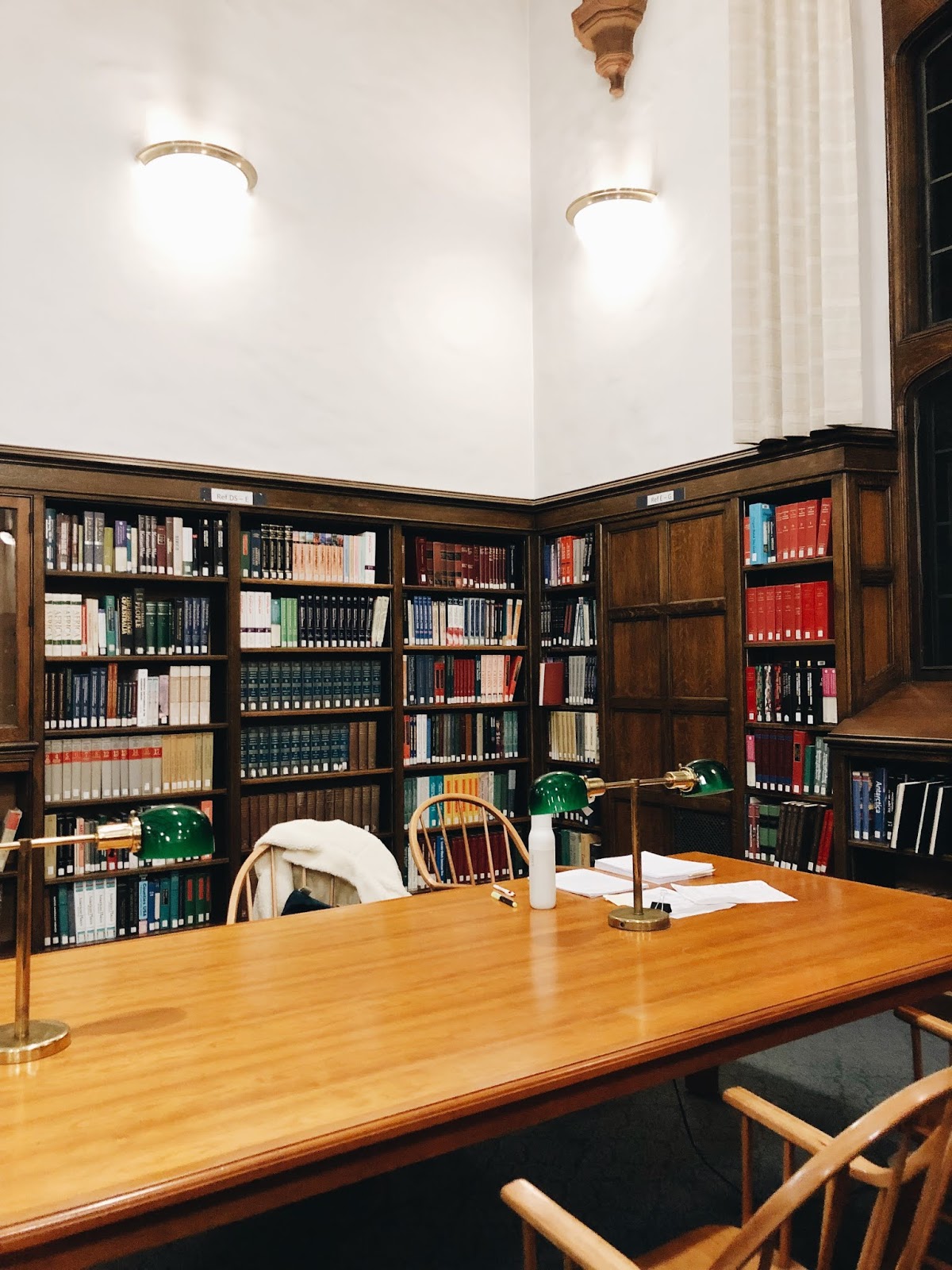 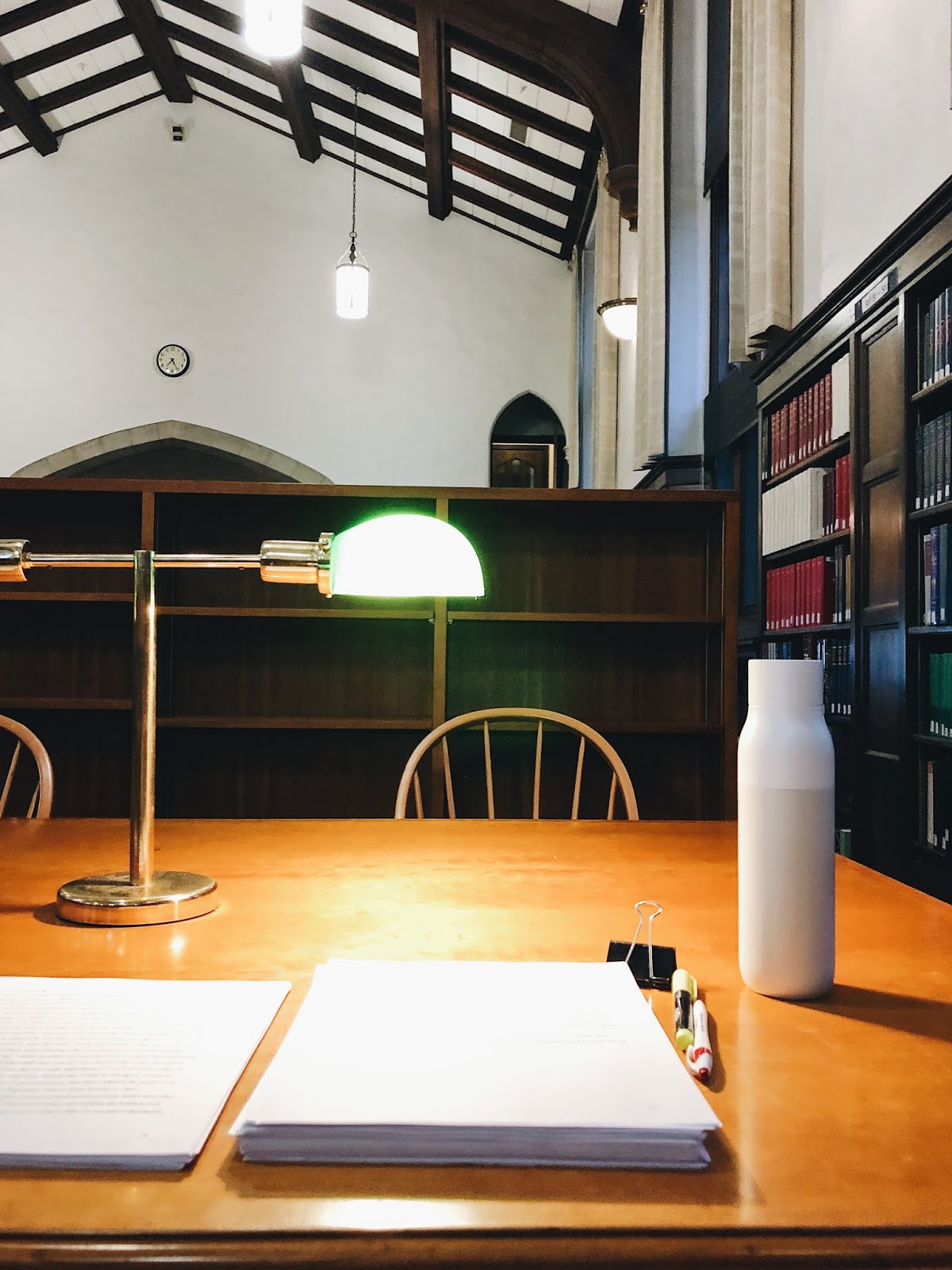 Ten years ago, despite all the all nighters and time in the library, I still baked a decent amount; specifically, I procrastibaked a TON in my senior year to avoid working on my thesis. Usually it was something simple like Funfetti box mix cupcakes or these white chocolate and peanut butter cookies, but apparently I was also ambitious enough to try making eclairs from scratch! I even documented the entire thing via a Facebook album and dug up the photos for y’all: 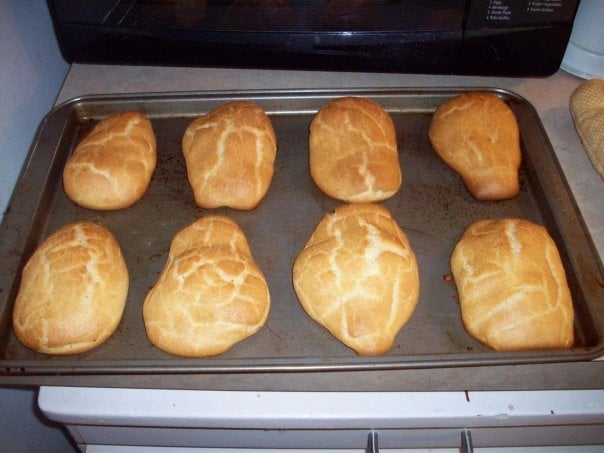 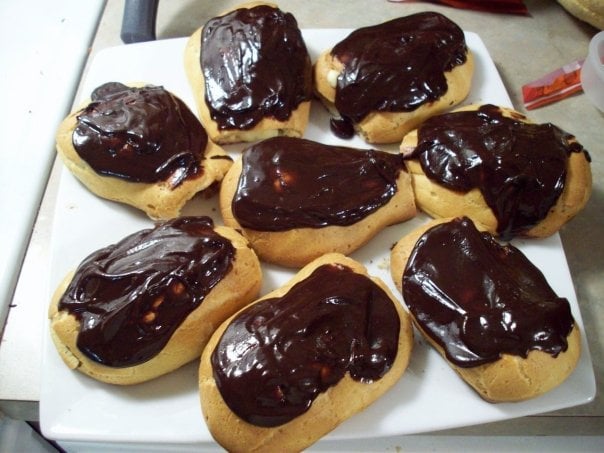 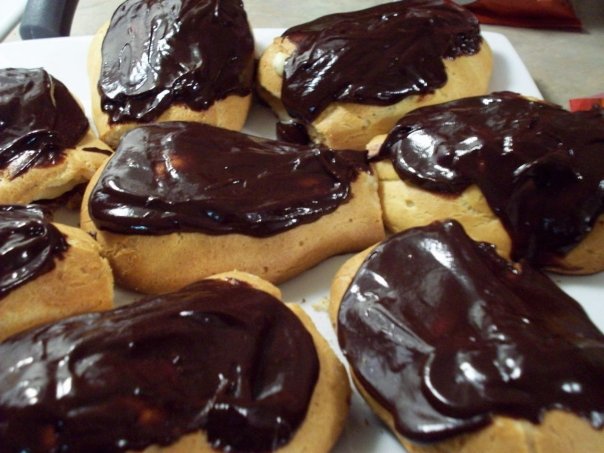 Although I recognize that the eclairs definitely do not meet my standards today, 21-year-old me was SO proud of them. Similar to these white chocolate and peanut butter cup cookies, I decided to recreate them today as part of my ongoing #tenyearchallenge: 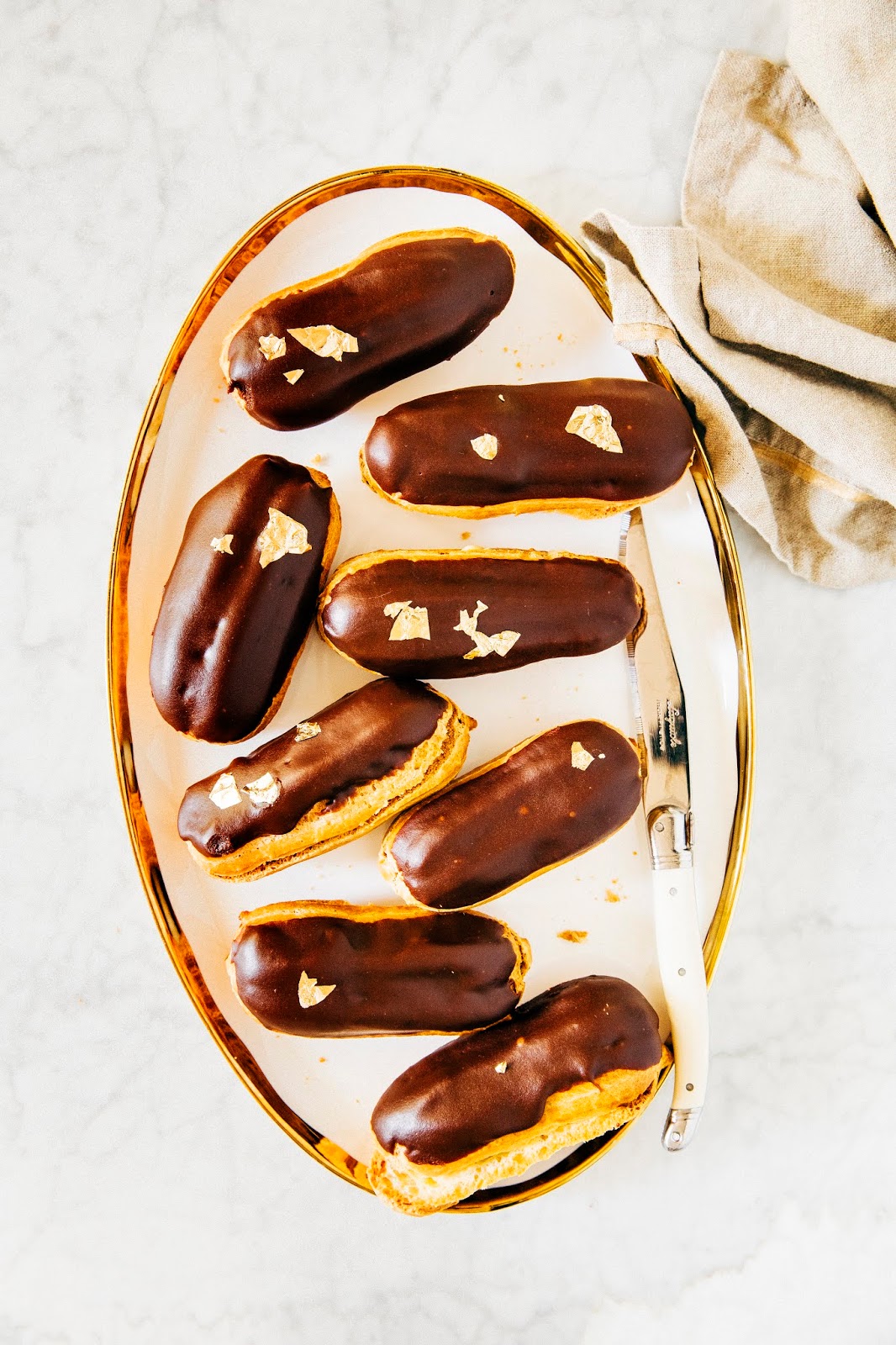 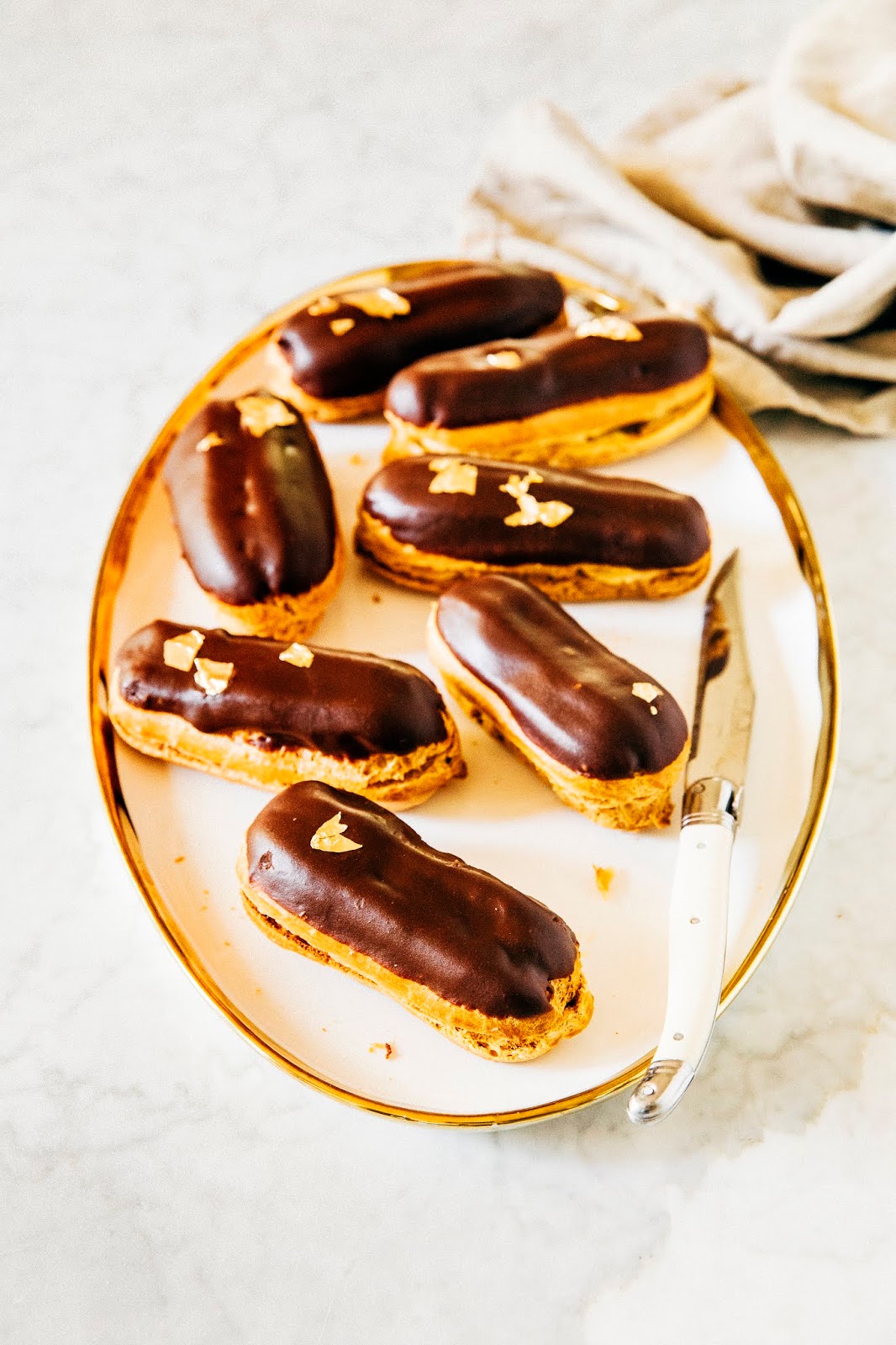 Unlike the cookies—in which you can see an obvious improvement in my baking skills—these eclairs don’t look that much different from the ones I made in 2009. They’re marginally better, sure, but they still baked up rather unevenly and resulted in bulbous pastries. I genuinely have no idea why!!! TBH, this entire recipe taught me that I need more practice with choux pastry—which makes sense, given the last choux pastry item I made was back in 2014. Oh well. Can’t win ’em all. And they were still plenty tasty, so ????????????????????????. 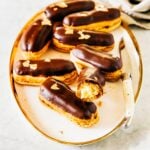 For the Pastry Cream

For the Choux Pastry

For the Chocolate Glaze

For the Pastry Cream

For the Choux Pastry

For the Chocolate Glaze