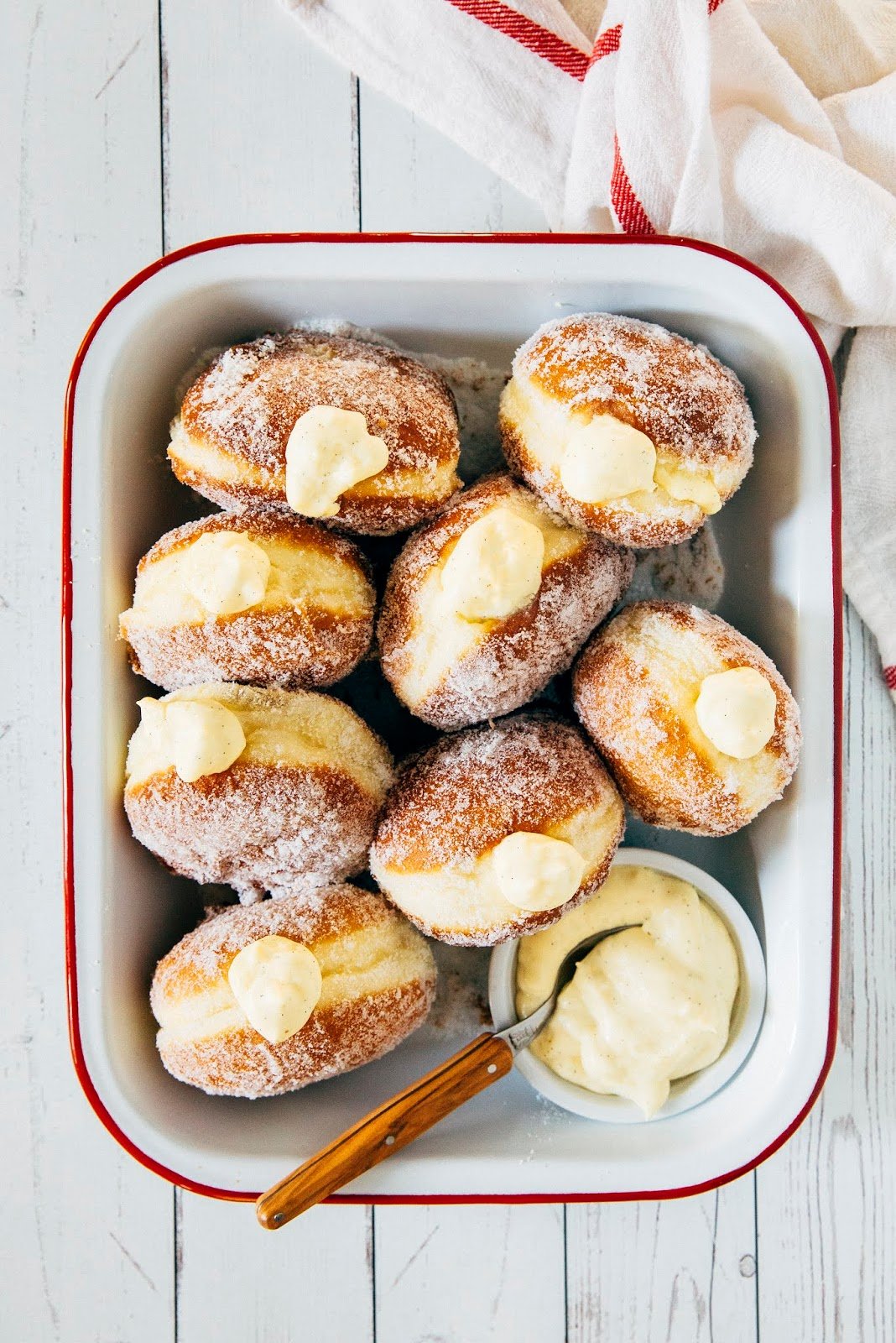 When Erlend and I were trying to figure out where to go on our upcoming vacation in May, we used Google Flight Explorer. If you’ve never used Google Flight Explorer, it’s worth checking out: you type in the dates you want for your travel, and a map pops up for you to “explore”. Scrolling around the map shows you how much tickets are to that city or country for your date of choice — it’s a great way to find cheap tickets (which is honestly how we pick most of our international travel destinations, lol — why spend most of your money before you’ve even gotten there, ya know?). 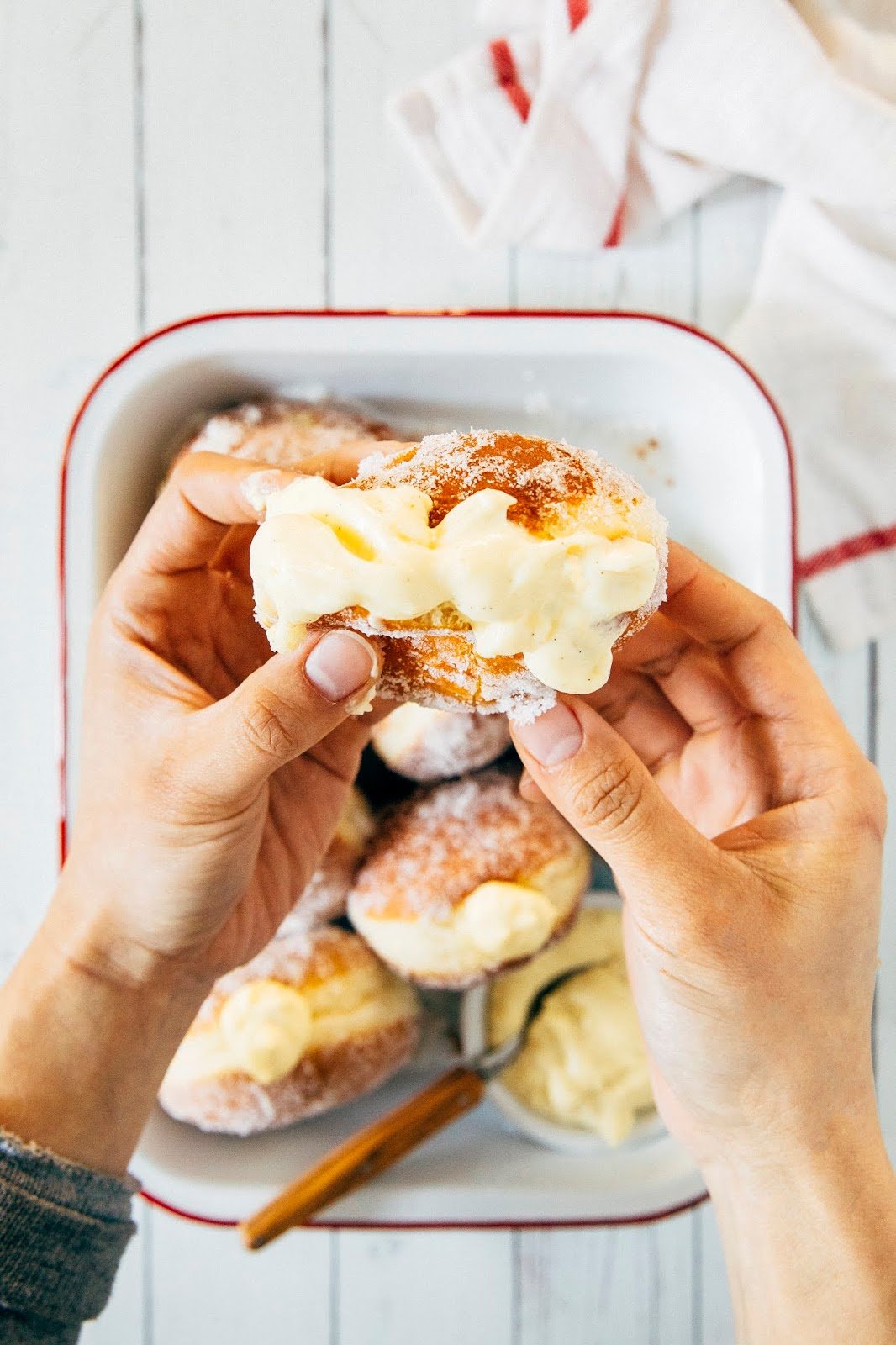 With Google Flight Explorer (lol at all the links to Google; honestly, this isn’t even sponsored— I just love it so much and want you to use it), we discovered that tickets to London were insanely cheap—like $500 roundtrip from Portland and back—and literally half the price of most other tickets to Europe. It seemed too good of a deal to miss, but also recognized that it was likely risky due to the shitshow ambiguity of Brexit. Besides — we’d both just been to England last September. We’d had the time of our lives, hanging with some of my good friends and eating delicious meals at Rovi (Ottolenghi’s latest restaurant dedicated to fire and fermentation), Brigadiers, St. John Bread and Wine, Polpo, and more. But was it really worth a second trip in less than a year? 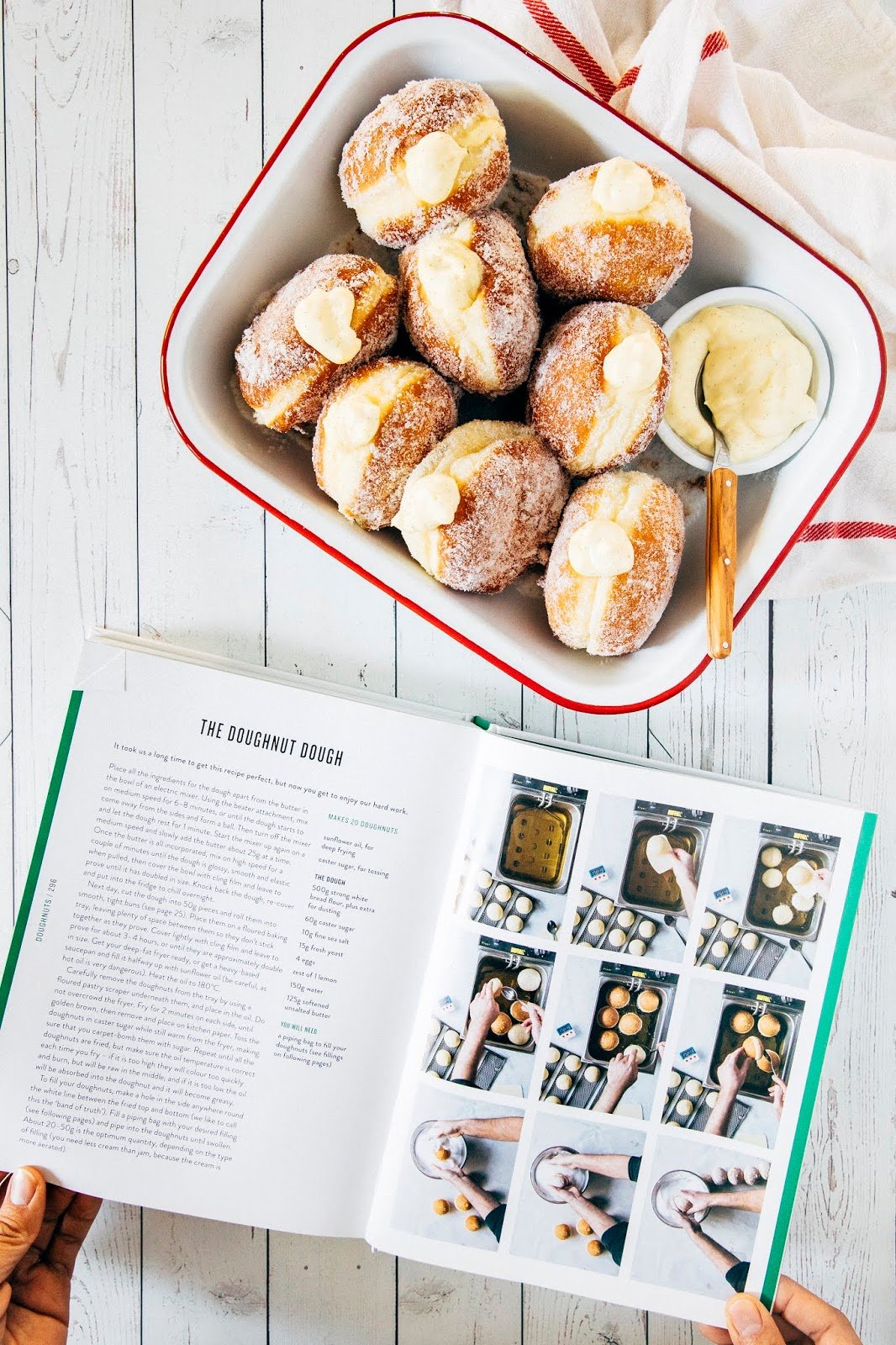 Looking at my photos, I was undecided — until I saw this photo of Bread Ahead donuts from our last trip to London. Bread Ahead is a bakery and baking school known for their donuts, whose reputation is well-earned, to say the least. Their donuts are incredibly light and fluffy, rolled in sugar and plump with custards flavored with passionfruit meringue, orange and cardamom, honeycomb, and more. I legit made Erlend go back to Borough Market three times just so I could keep eating their donuts. It was their donuts that sealed the deal; I bought our tickets to London without any more thought. 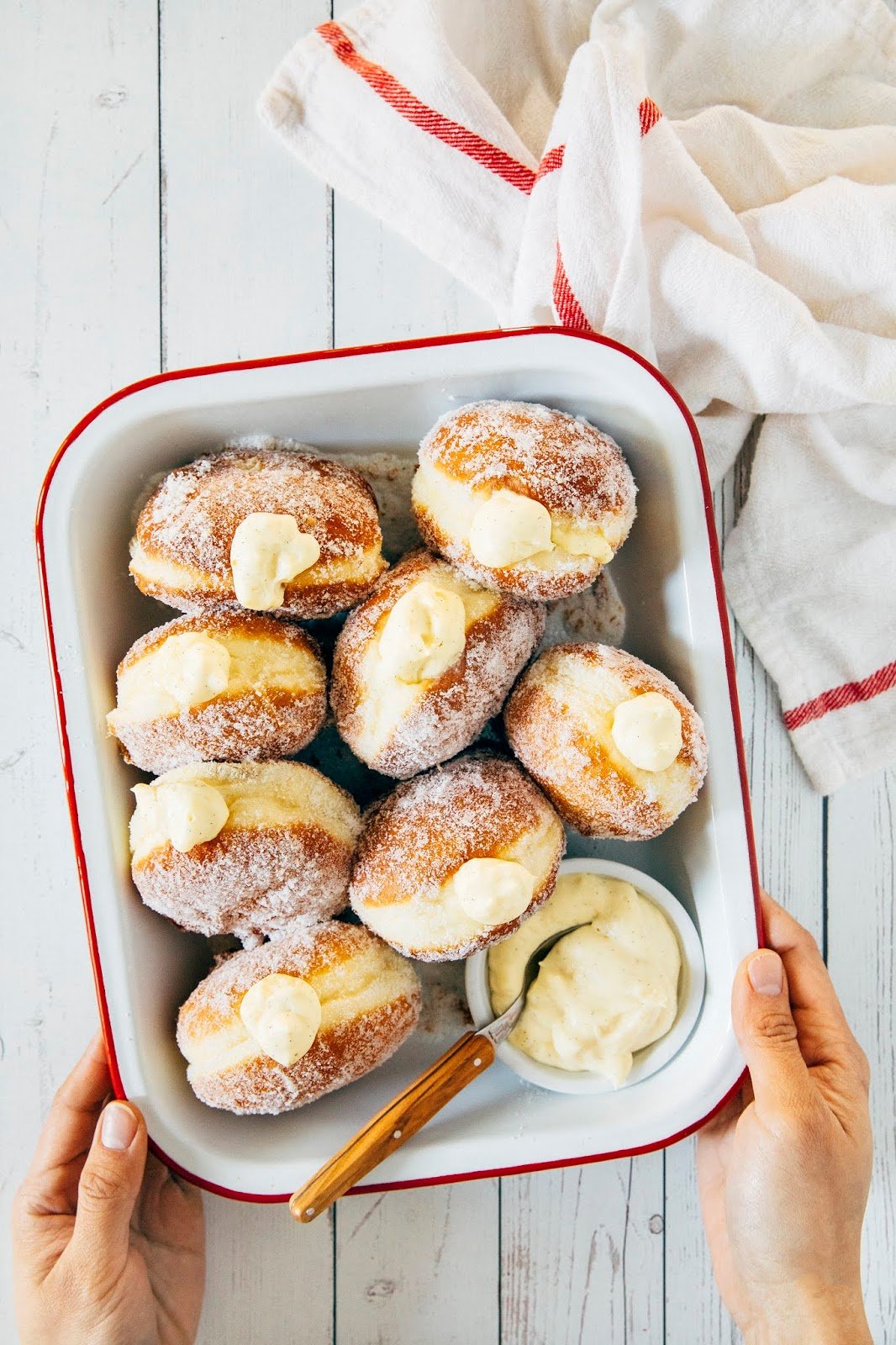 In retrospect, it was probably more sensible to just make the donuts at home. I’d picked up a copy of Bread Ahead’s Baking School cookbook when I was last in town, and had forgotten that it actually contained the recipe for their famed donuts. I’ve recreated it today for you guys in celebration of Mardi Gras/Fat Tuesday (where you’re supposed to eat all the fried things, right?), and to spare you the $500 ticket to London (lol). While the recipe stays pretty true to their vanilla custard donut recipe, I made some changes and adaptations to make it more friendly for American kitchens and the home baker — be sure to check out the baker’s notes below, and enjoy! 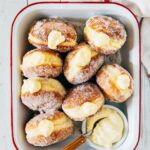 For the Classic Vanilla Custard Filling

For the Donut Dough