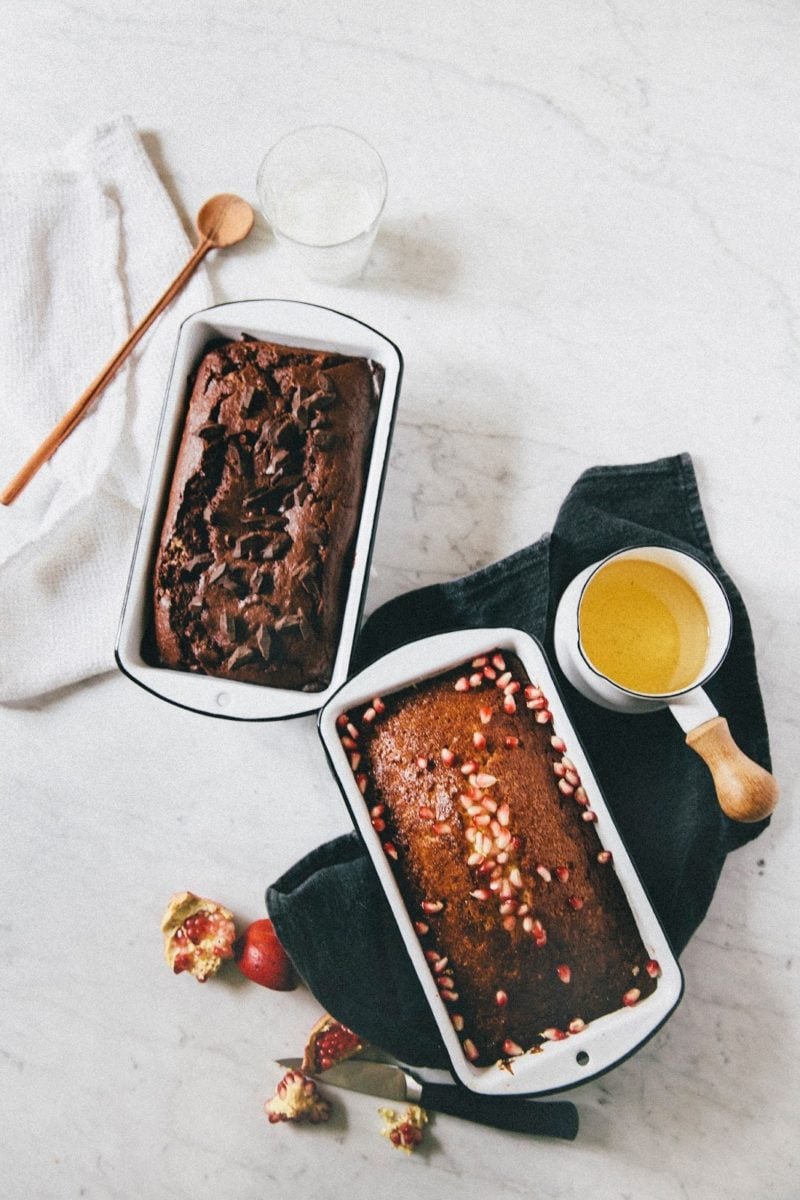 polar opposite pound cakes (and a wolf countertop oven giveaway!)

All my life, I’ve always thought I was a person of medium luck. I can counter almost every extremely fortuitous moment I’ve ever had with a completely polar opposite moment, a Murphy’s Law type situation in which everything that could have gone wrong went wrong. Everything’s always an extreme that eventually gets balanced out in […] 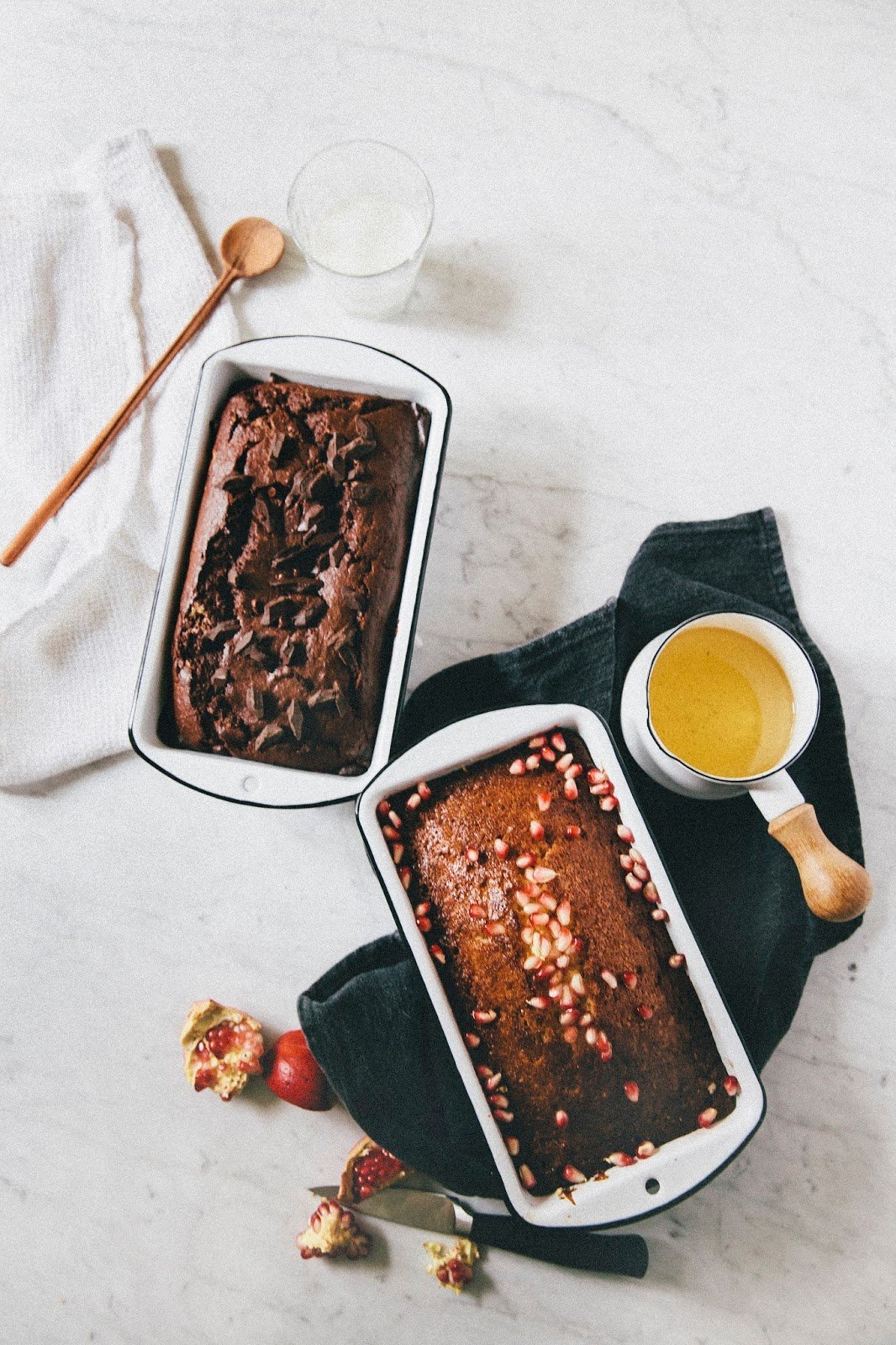 All my life, I’ve always thought I was a person of medium luck. I can counter almost every extremely fortuitous moment I’ve ever had with a completely polar opposite moment, a Murphy’s Law type situation in which everything that could have gone wrong went wrong. Everything’s always an extreme that eventually gets balanced out in the end.

My San Francisco apartment’s a great example. By milking my circle of friends and acquaintances, I lucked out and somehow found a great apartment (complete with a washer and dryer!) in one of the world’s tightest and most competitive rental markets while still 600 miles away. The price? An extremely finnicky and laughably unreliable oven. One whose broiler drawer occasionally falls off its hinges without any provocation whatsoever. One that’s so small that it doesn’t even fit a cookie sheet pan widthwise. One whose temperature regulation is so bad that the only way to prevent things from burning and overroasting is to open the oven door at random times (which of course, has potentially disastrous effects on the leavening of baked goods).

You know — pretty much the worst kind of oven for a baking and desserts blogger who bakes three times a week and used to diligently record how 10 degrees difference in baking temperature would affect the final baked good.

But hey, the neighborhood’s great, so there’s that.

And now, after months of narrowly avoiding sunken cake centers and burnt cookie bottoms, it seems that Fortune has smiled on me and sent Lady Luck knock, knock, knockin’ on my door to balance the scale. This time, luck came in the form of Wolf Gourmet Appliances. “Hi Michelle,” the email read. “Would you be interested in testing out our new countertop convection oven?” 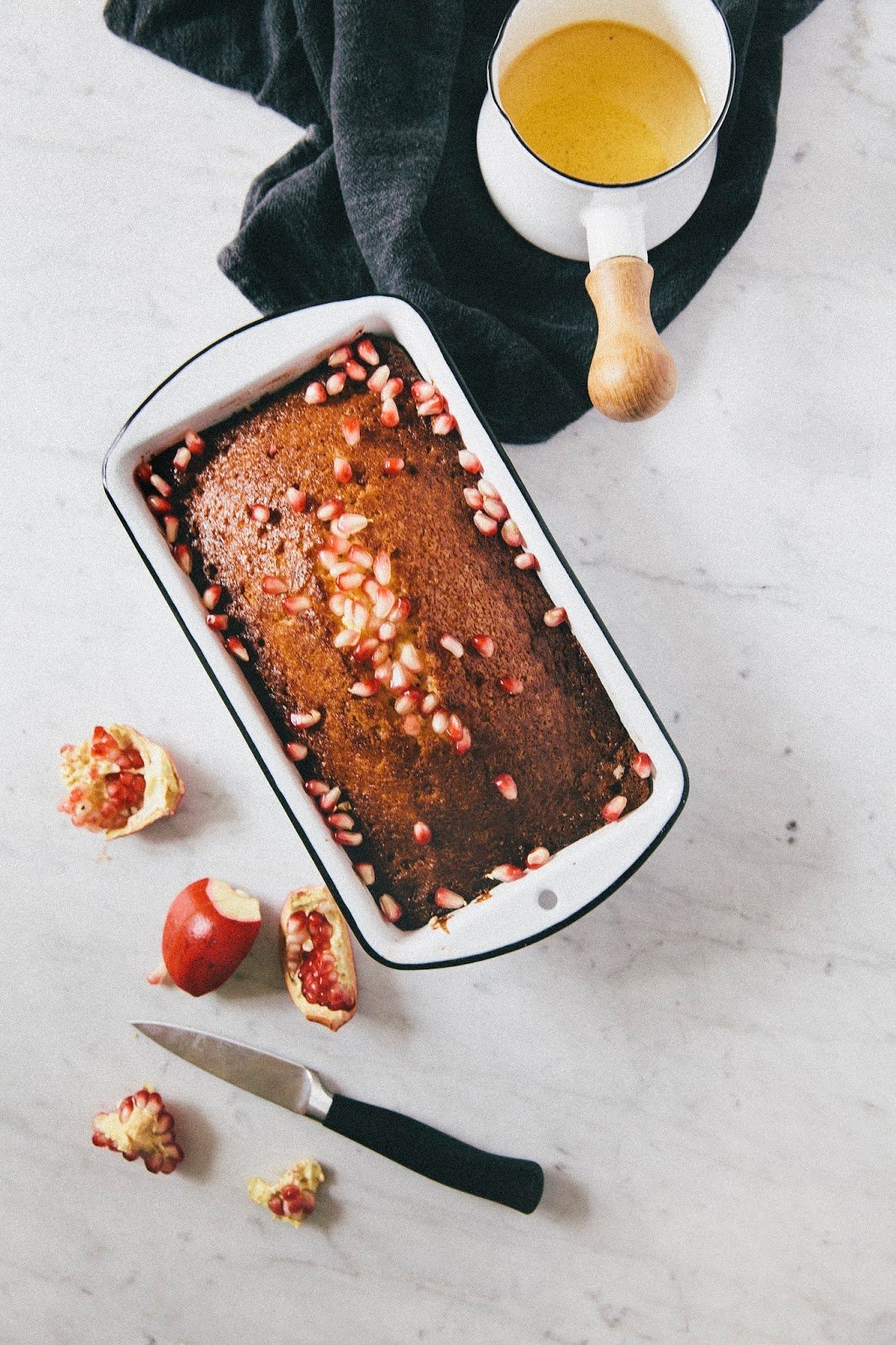 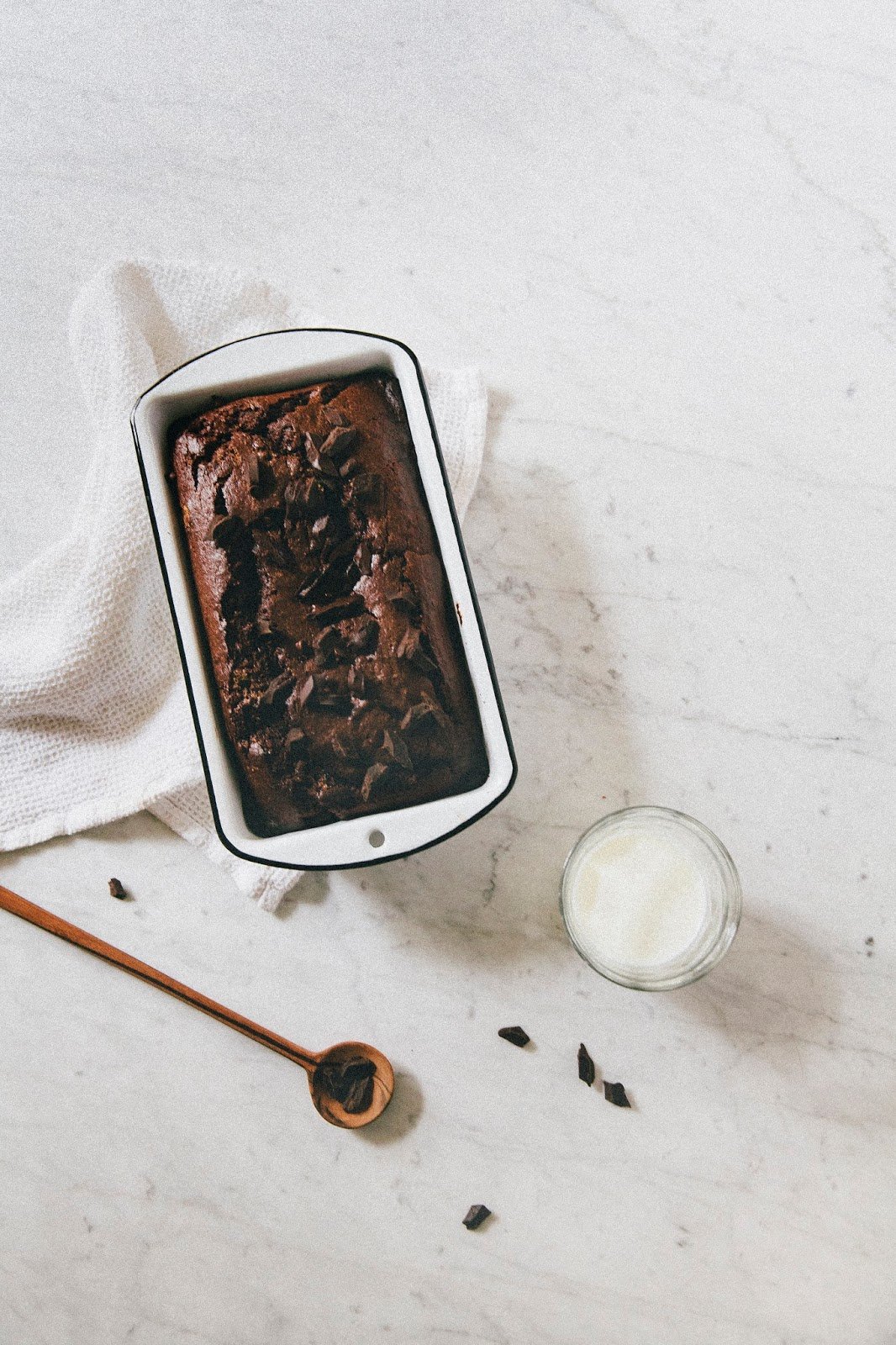 And of course, Wolf’s countertop oven is the extreme opposite of my apartment’s comically terrible oven. For starters, The Wolf (from hereon out, I will refer to said oven as The Wolf because I name all the appliances in the kitchen and The Wolf is literally and figuratively a beast) could fit a quarter sheet pan widthwise despite only being a little bit bigger than a microwave. Control was a breeze, with dials that allowed you to program different modes (baking? broiling? roasting? toasting? it’s all there, baby) and baking temperature to the most specific degree. In fact, The Wolf was so good at maintaining internal temperatures that its thermometer would actually show a change oven temperature every time I opened the oven door whenever I tested these pound cakes for doneness.

Which, if you’re a big bake nerd like me, is a big FREAKING deal.

And don’t even get me started about the convection setting. Don’t even! Because what a freaking dream. They baked up my pound cakes perfectly, giving my chocolate hazelnut and banana pound cake its signature “crackly allover” top and my lemon pound cake its signature center split. I usually hate baking pound cakes in regular ovens since the center takes so friggin’ long to set. By the time the center’s finished, the edges of the cake have burnt up and dried out. But because the confection setting blows air around to spread out the heat evenly, the centers of each cake finished baking in time with the edges, producing a nice even color and a consistent moist texture throughout the cake. Epic.

So I’ve got a special treat for all you lovely readers of Hummingbird High — I’m giving away a Wolf countertop convection oven to one of you lucky folks!!! Use the widget below to gain contest entries by leaving a comment on this post and/or by following me on Twitter, Instagram, and/or Pinterest. If you already follow me on any of those channels and want to enter the giveaway, you’ll still need to confirm that you do via the widget. The giveaway is only open to U.S. and Canadian residents and lasts one week, ending on 10/20/2015.

The giveaway is now closed; thank you all for participating!
Congratulations to Maureen, the winner of the Wolf Countertop Oven!

As for these pound cakes, you can find the recipes for them over on Wolf’s blog, Food Notes. In the spirit of polar opposites, I whipped up two completely different pound cakes: a chocolate hazelnut and banana pound cake, and a pomegranate and lemon syrup butter pound cake. Both are delicious and amazing in very different ways. Whether you prefer fruit or chocolate, you can choose your own adventure! And don’t forget — you can gain even more entries to my giveaway by leaving a comment on the Food Notes post telling me which cake appeals most to you. I’ll be watching and taking notes for when I develop recipes in the future. 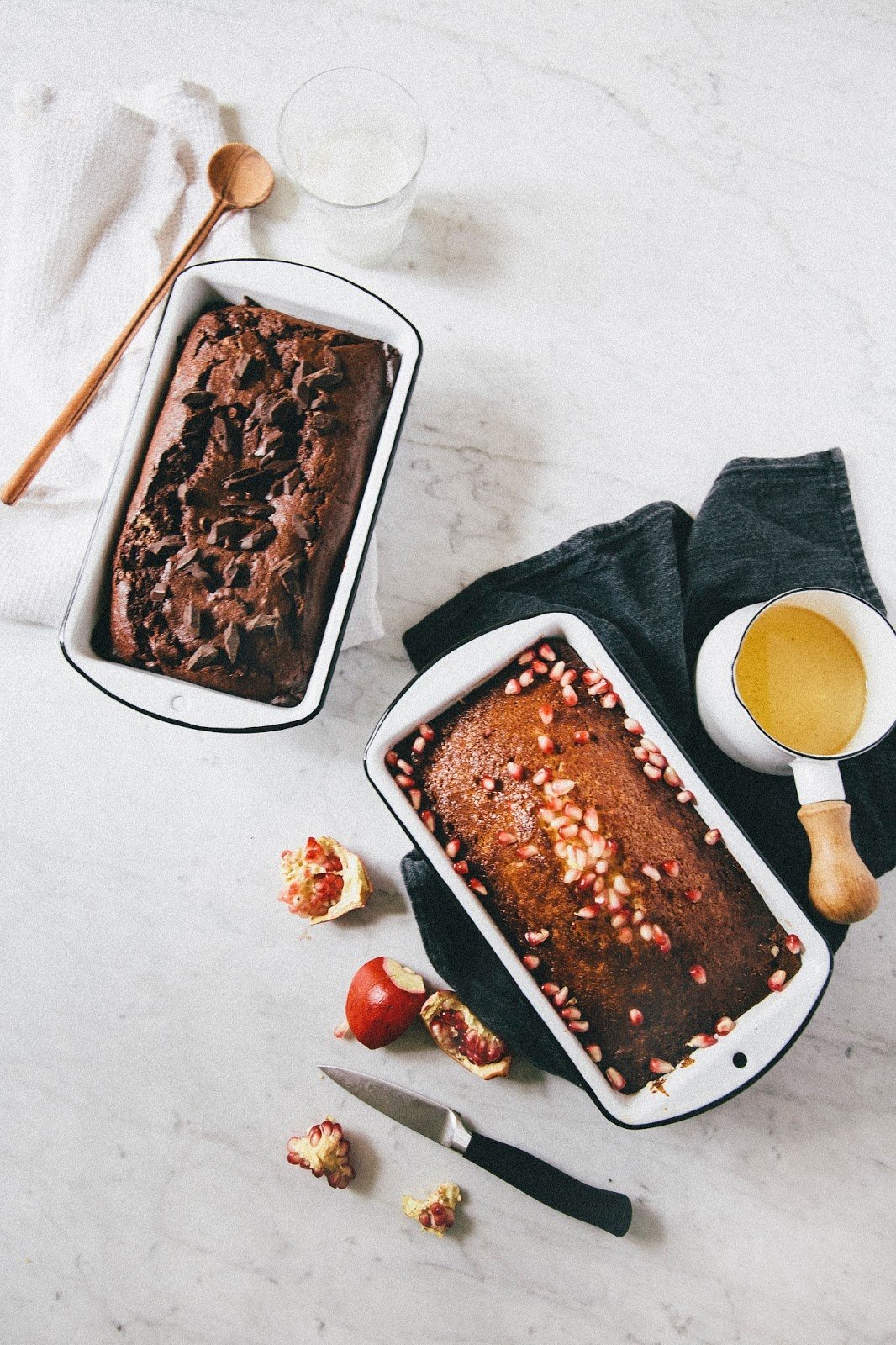 Thank you to Wolf Gourmet for sponsoring this post by providing the compensation to make it happen, as well as countertop convection ovens for me and one of my readers. All thoughts and opinions are my own, and every single Wolf Gourmet appliance I’ve ever tried has been a godsend. I’m seriously considering re-outfitting my Portland kitchen with all their appliances. And finally, thank YOU for supporting Hummingbird High and my sponsors!