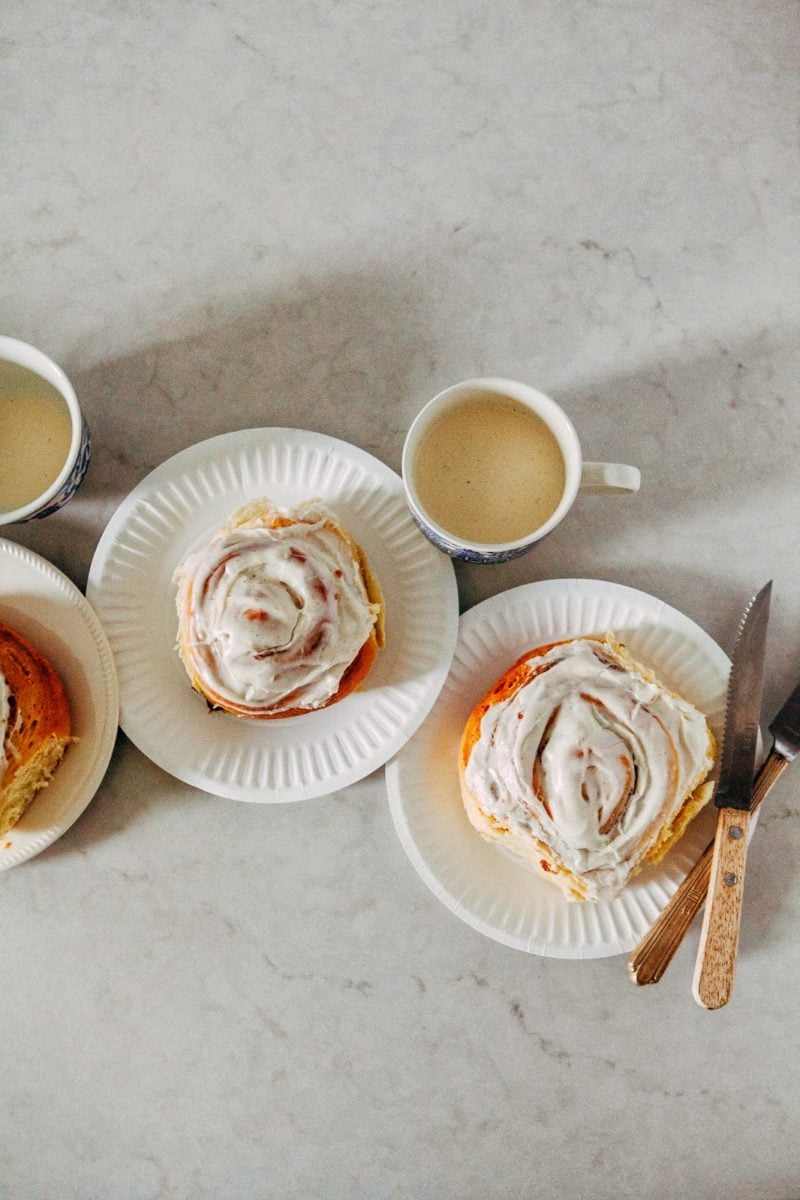 For a long time, I was scared of making bread. I understood baking powder and baking soda, but yeast was scary. The fact that it was something that was technically alive, something I could potentially kill, was so bizarre and confusing to me. So I started with baby steps. I started with that famous no-knead […] 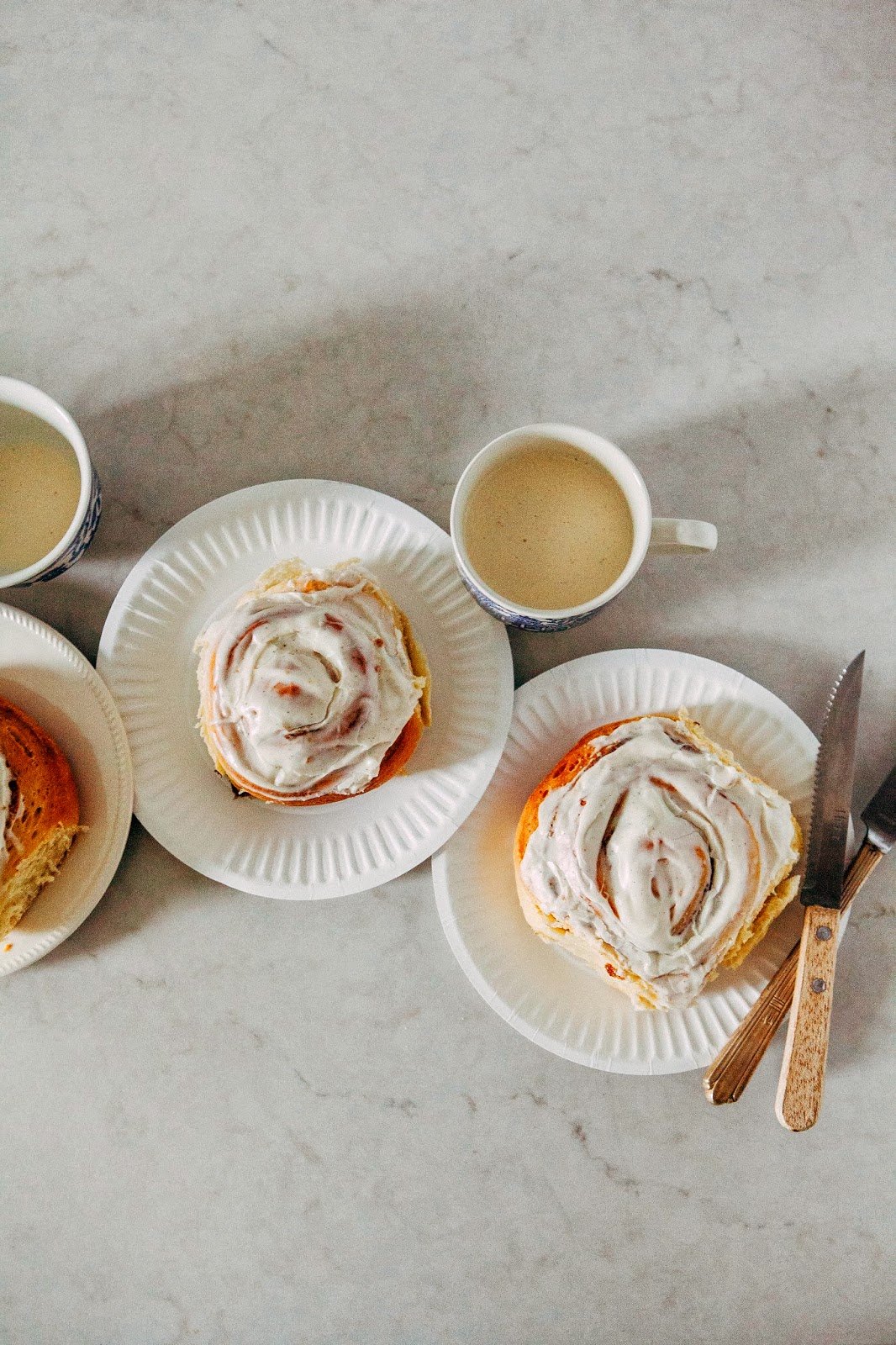 For a long time, I was scared of making bread. I understood baking powder and baking soda, but yeast was scary. The fact that it was something that was technically alive, something I could potentially kill, was so bizarre and confusing to me.

So I started with baby steps. I started with that famous no-knead bread recipe, before graduating to making breads with my KitchenAid mixer. And now, three or so years later, I’ve finally gained enough confidence to make bread from scratch, entirely by hand. This is the first bread I’ve ever made without the aid of any shortcuts or special equipment — just a hard, cool surface like a stone kitchen counter to punch dough out on, again and again. It turns out that there is something remarkably satisfying about kneading a good pound or two of dough. A good dough is is elastic and pliant, absorbing your punches and stresses from the day. 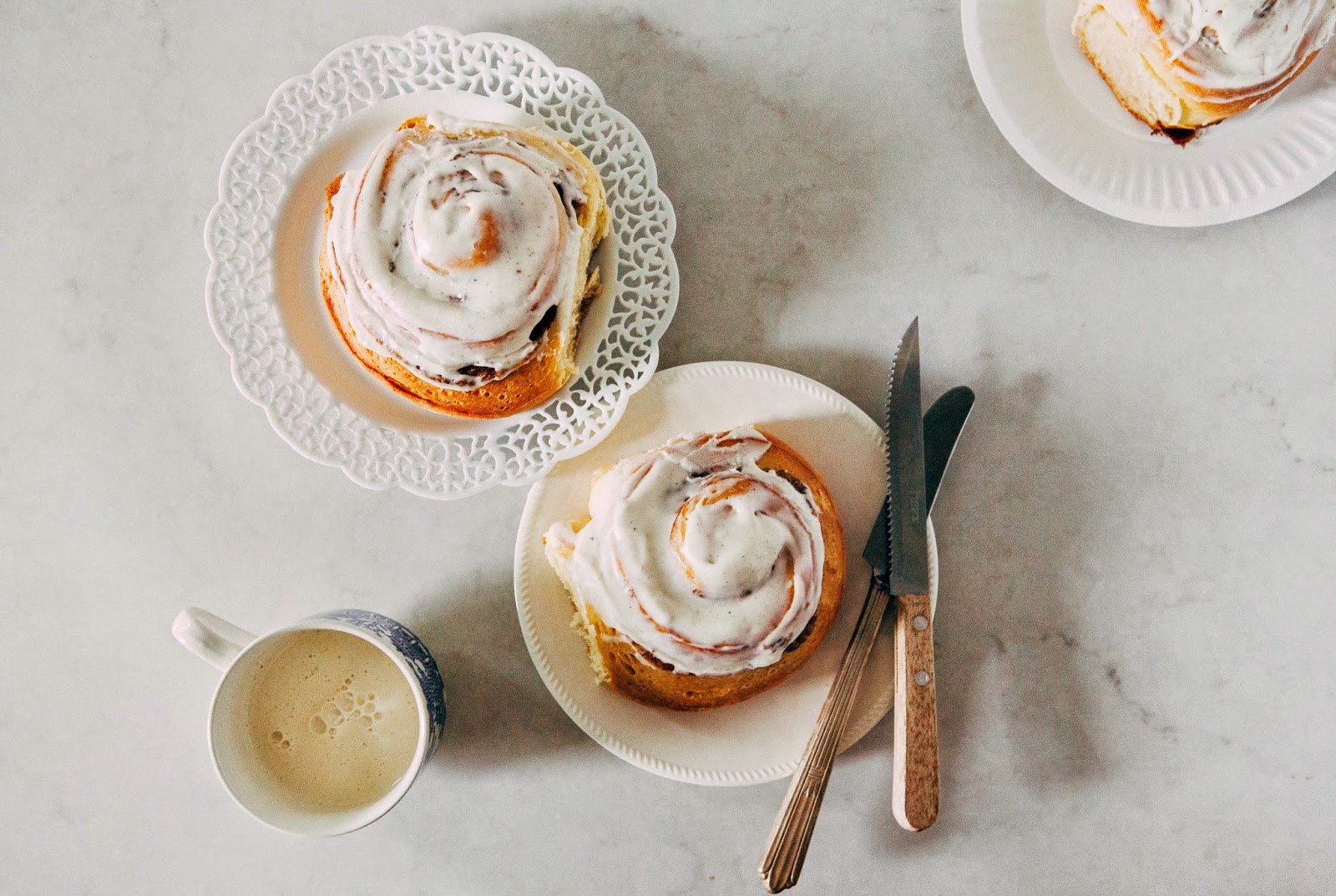 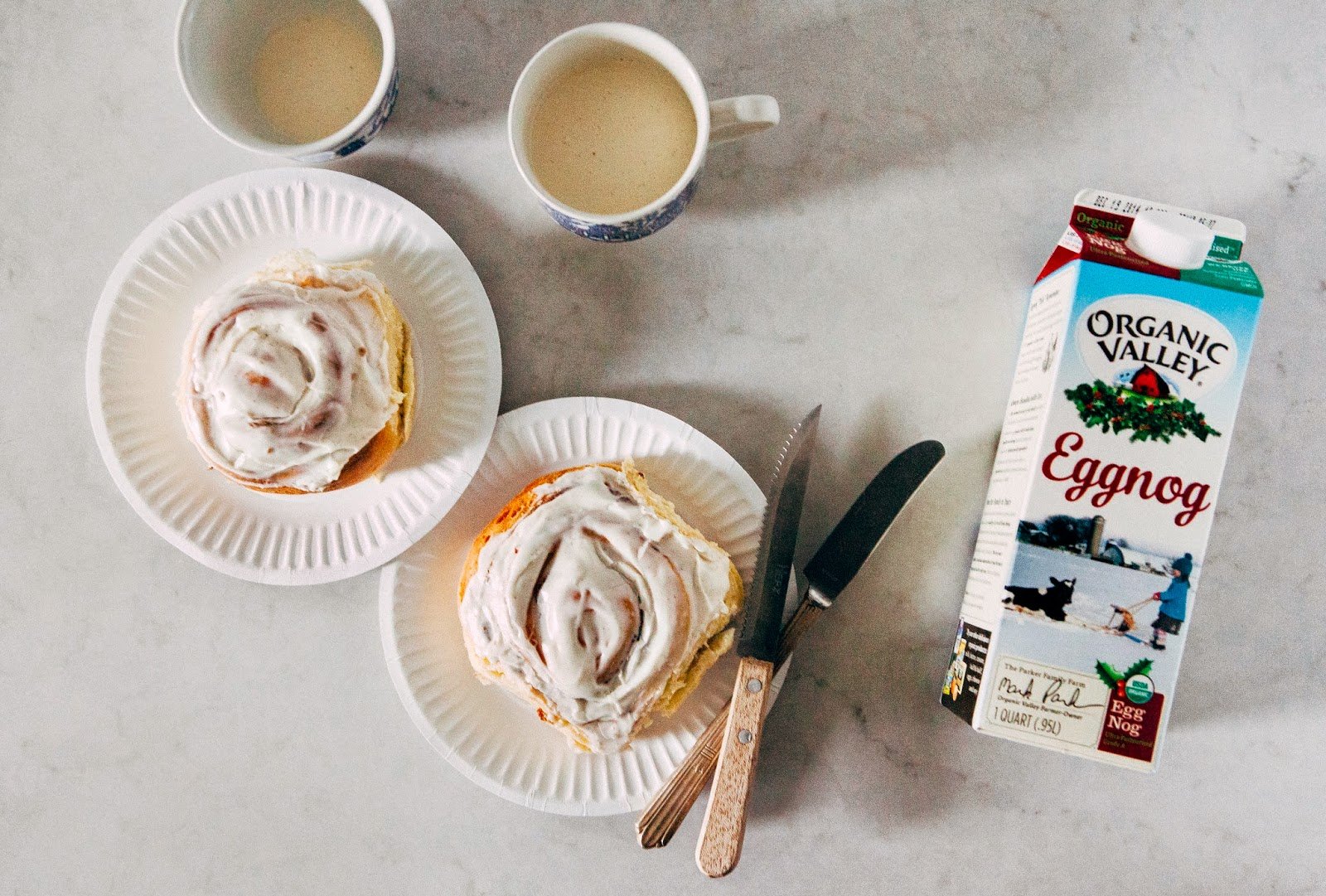 Another first from this recipe is, well, eggnog. I know this sounds unbelievable, but can you believe that I’ve never had eggnog up until this winter? For a long time, I avoided the stuff — the combination of raw egg yolks, cream and alcohol never appealed all that much to me. It was only after Organic Valley generously sent me a box full of dairy products and goodies including a carton of eggnog that I felt compelled to take a sip. I was pleasantly surprised to find that it tasted like a thicker version of the milk leftover from a bowl of Cinnamon Toast Crunch, except more Christmassy and festive somehow. Pretty soon, I began daydreaming of desserts to incorporate the seasonal drink — desserts like cream puffs, cakes and of course, these eggnog cinnamon rolls: 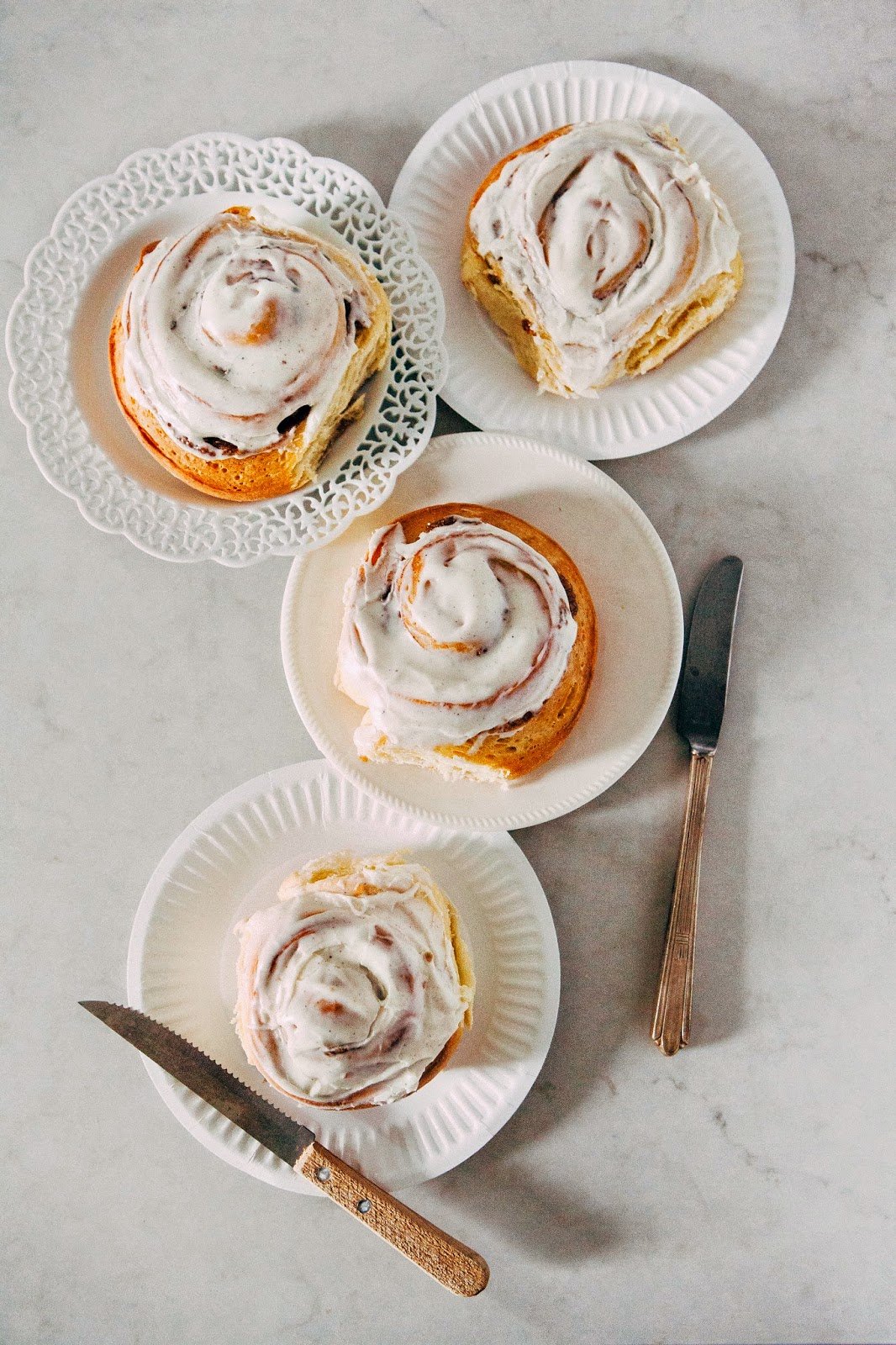 I started by taking my friend Noah’s recipe for buttermilk cinnamon rolls and swapping out the buttermilk with eggnog. It was a bit of a gamble, since eggnog contains more protein than buttermilk — but one that paid off. The extra egg yolks in the eggnog allowed the bread to brown beautifully in the oven as well as give it a tender yet hearty crumb. What’s more, the eggnog spices actually showed through in the bread, giving the dough a subtle, seasonal flavor. All of this was complemented by a brown sugar, freshly grated nutmeg and cinnamon swirl and of course, generous spoonfuls of cream cheese and rum icing. 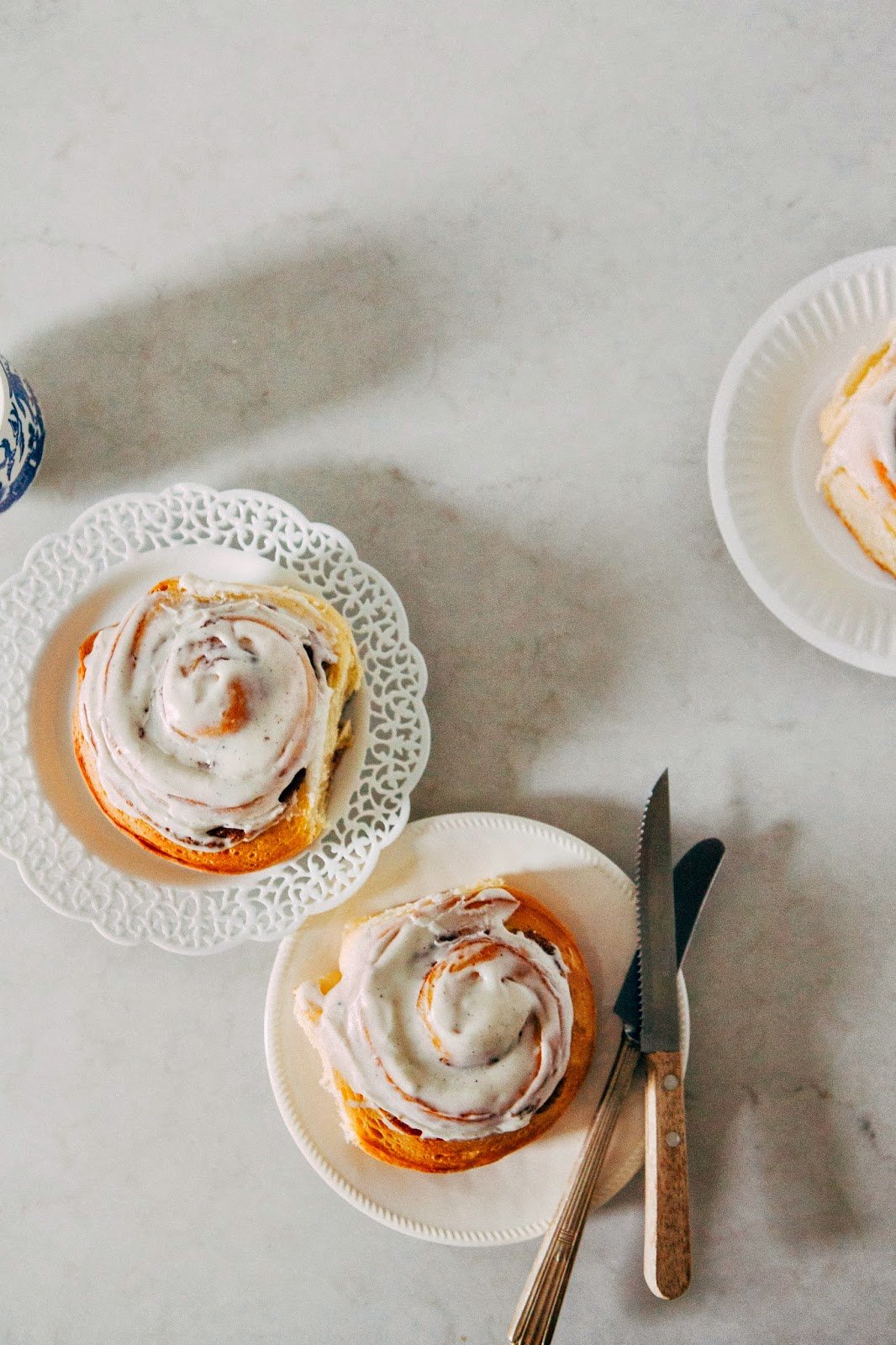 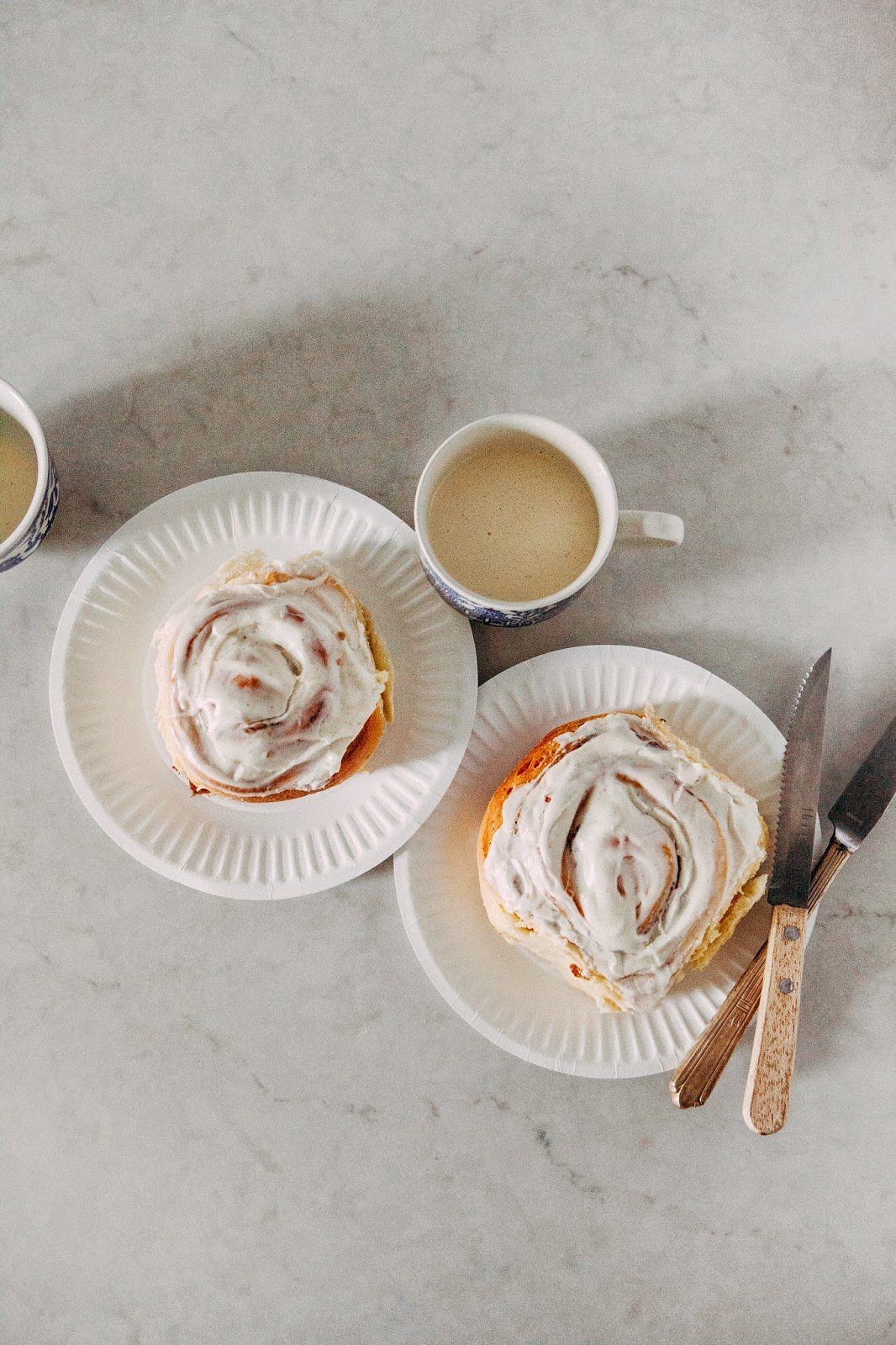 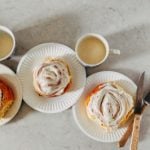 For the Eggnog Bread Dough

For the Rum Icing