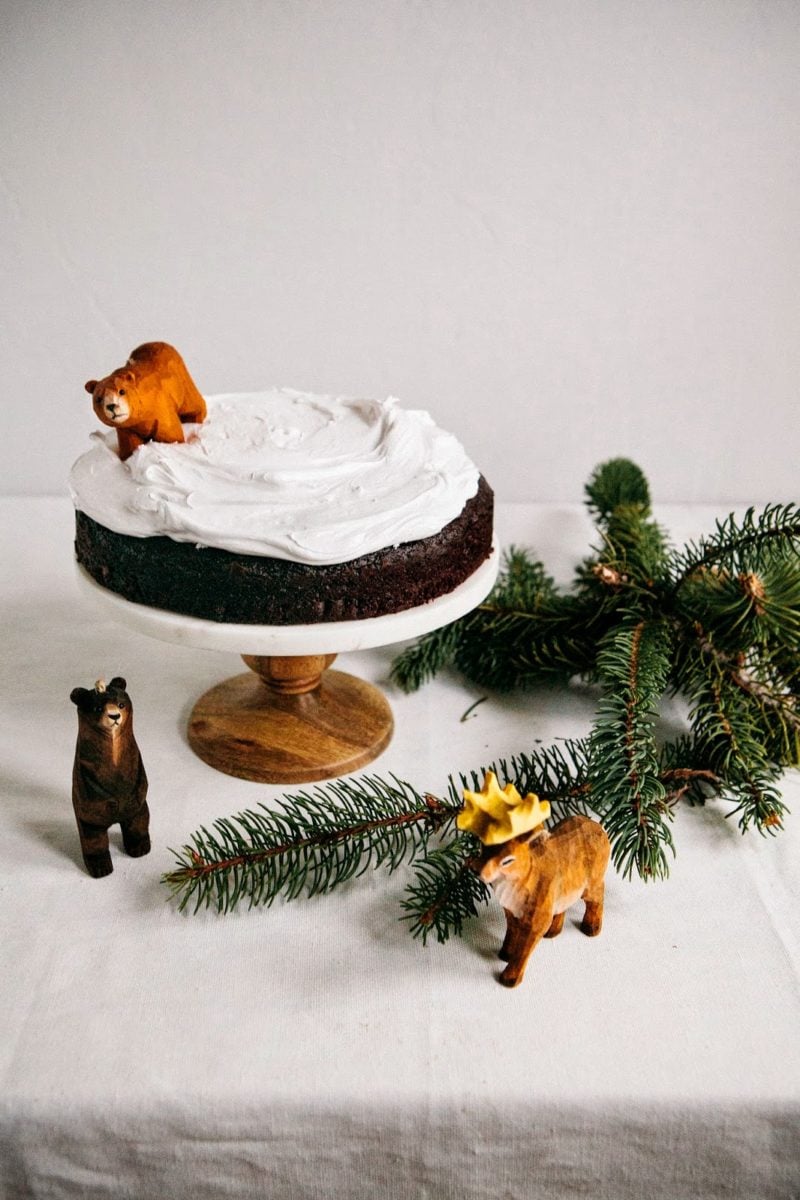 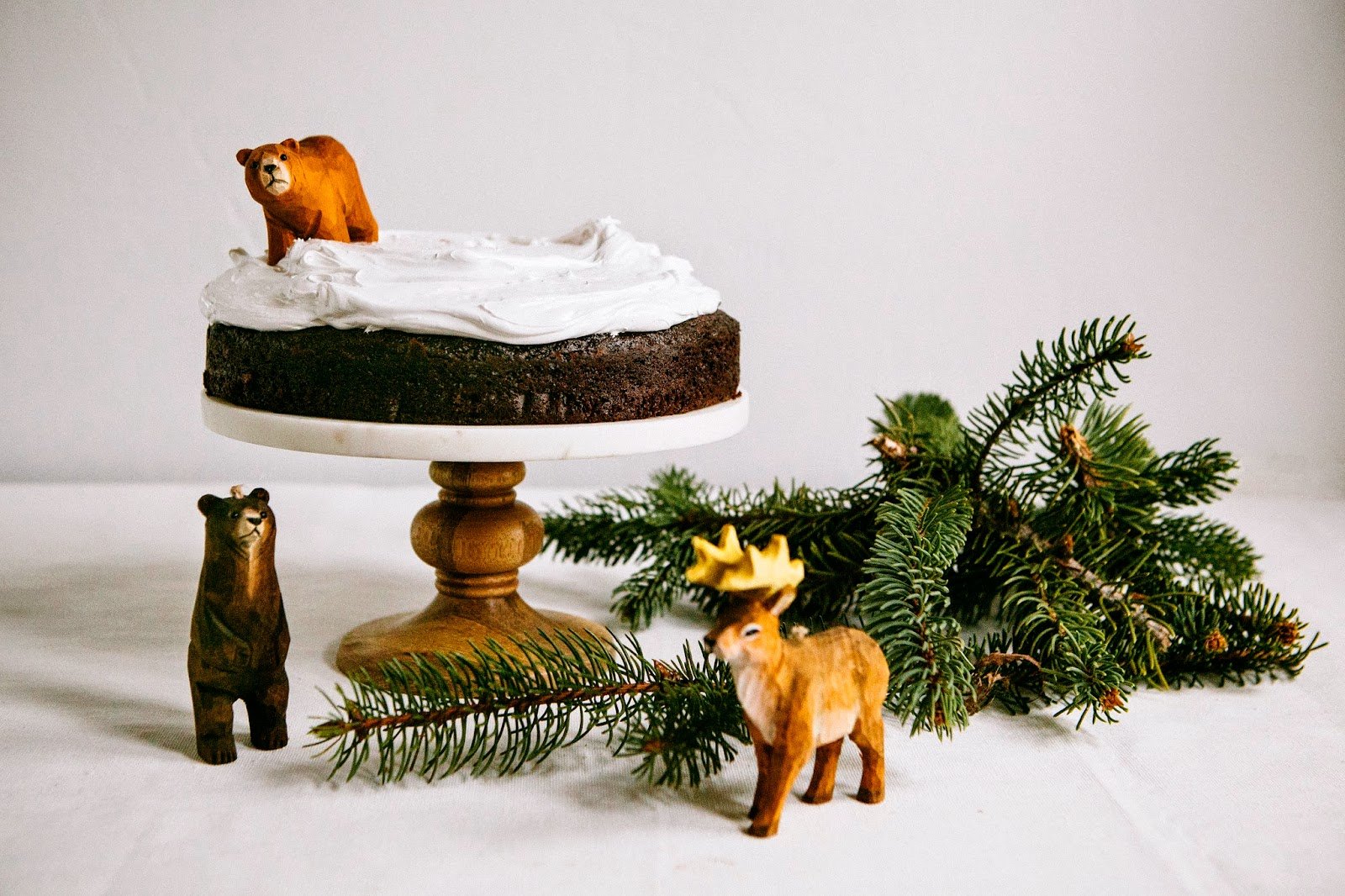 im dreaming of a white christmas
with you 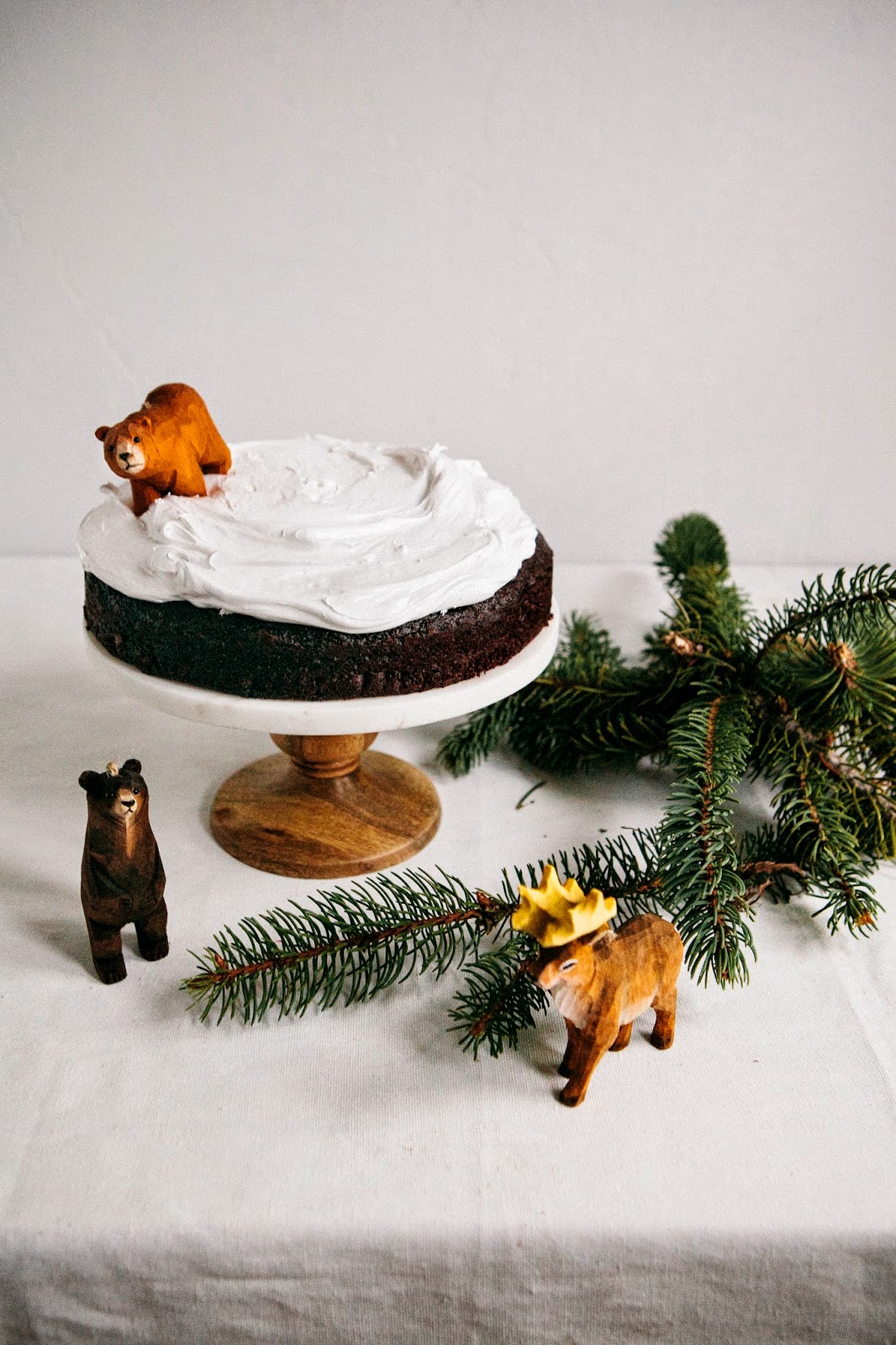 It doesn’t really snow here in Portland. In the 10 or so years that I’ve lived here, it’s only snowed a handful of times. Most of the time I’m pretty happy about this fact (since I’m probably one of the rare folks who absolutely hates snow), but it does sometimes leave me daydreaming about a white Christmas (because it’s a lot easier to appreciate how pretty and picturesque everything is when you don’t have to deal with bad drivers, dirty snow and soggy shoes).

But with no snow on the horizon, I guess I’ll just have to make do with this cake I made specifically for Christmas Eve. Everything about it screams winter wonderland, with animals galumphing around on a fluffy snow frosted mountain. And by “mountain”, I really mean hot chocolate cake. I’ve been daydreaming about turning hot chocolate into a cake for some time now and have finally succeeded in doing so: 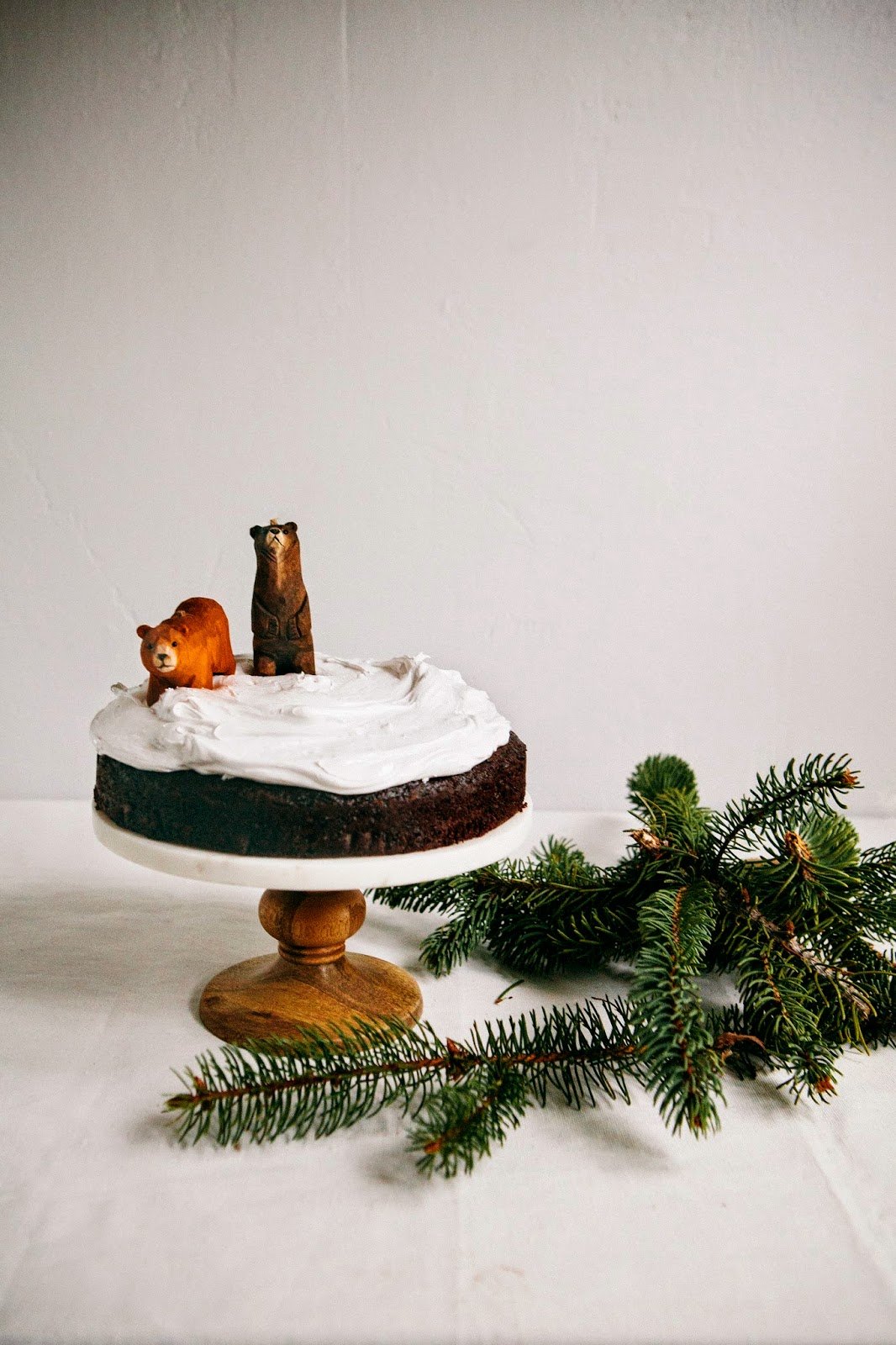 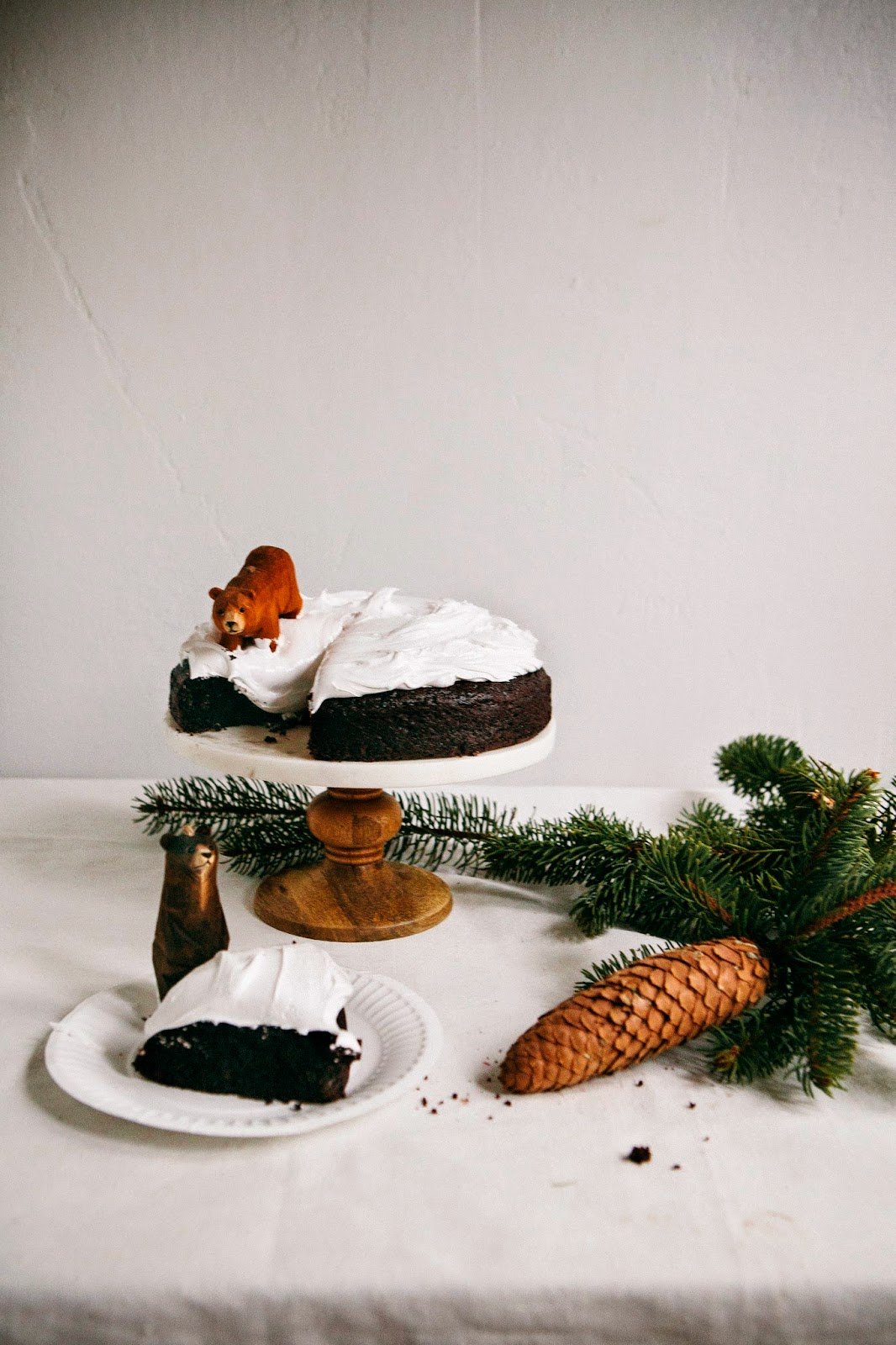 This is literally hot chocolate in cake form: chocolate chunks melted in hot cocoa liquid, mixed together with some flour, sugar, oil and eggs to give it structure. The trick for a super chocolatey cake that isn’t too heavy or sickly sweet is to find an instant hot cocoa mix that is primarily cocoa powder, without too much added sugar or sweeteners. If you’re a purist, you can even use regular old boiling water (or even coffee, for you coffee lovers out there) and it’ll be amazing! I promise.

And true to a classic hot cocoa, I’ve topped it off with incredibly fluffy, vegetarian-friendly marshmallow fluff frosting straight from Food52, one of my much trusted recipe sources. The frosting is just egg whites, sugar, and corn syrup, with no gelatin whatsoever. Together, the ingredients whip up to a texture similar to meringue, but fluffier and stickier — the way marshmallow fluff should be. I was tempted to use a chef’s torch to brulee the marshmallow topping on the cake, but I was worried it would ruin my cake’s winter wonderland effect. I mean, the bears are just so damn darling, right? It actually looks like they’re romping around in the snow! 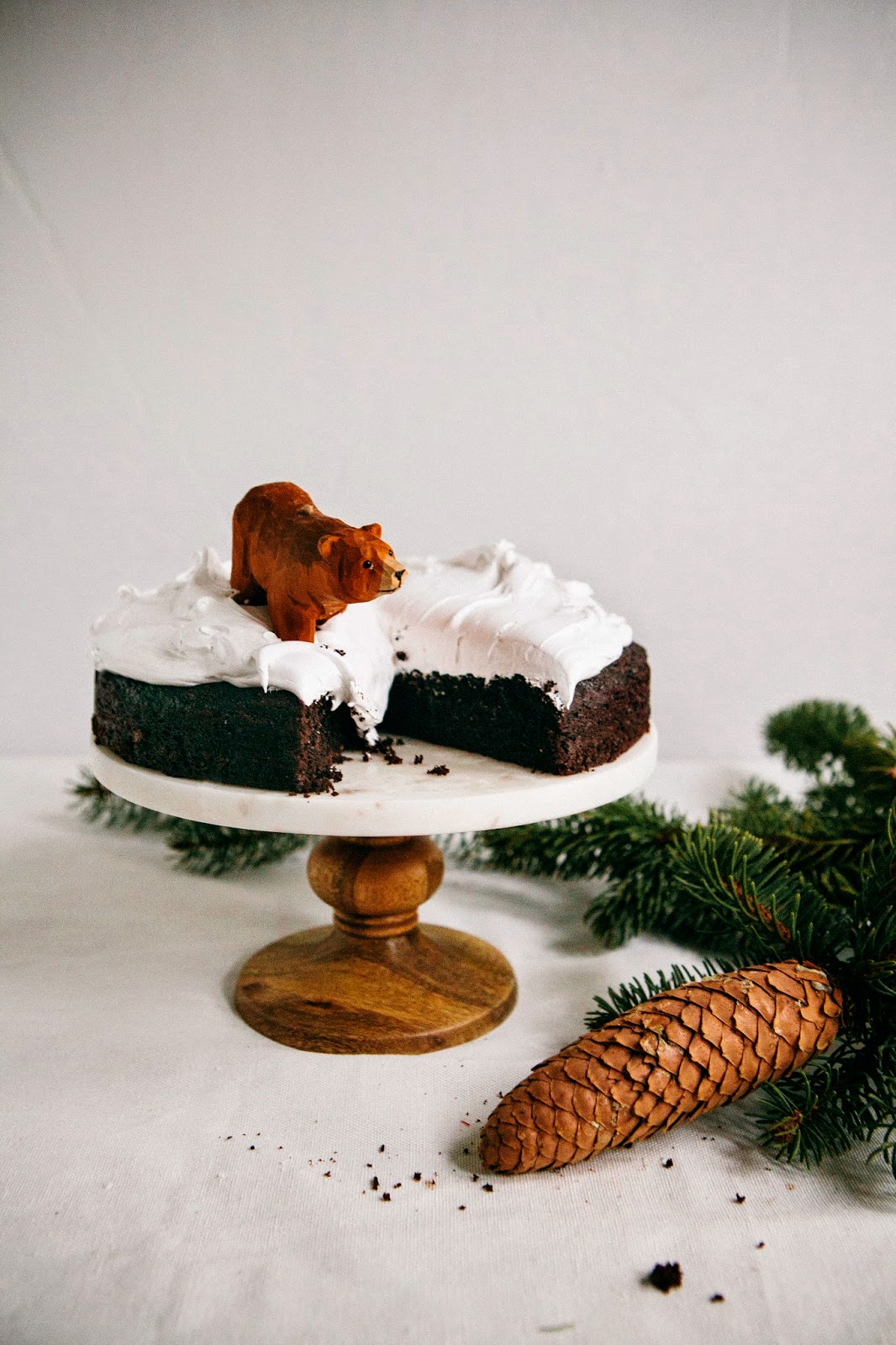 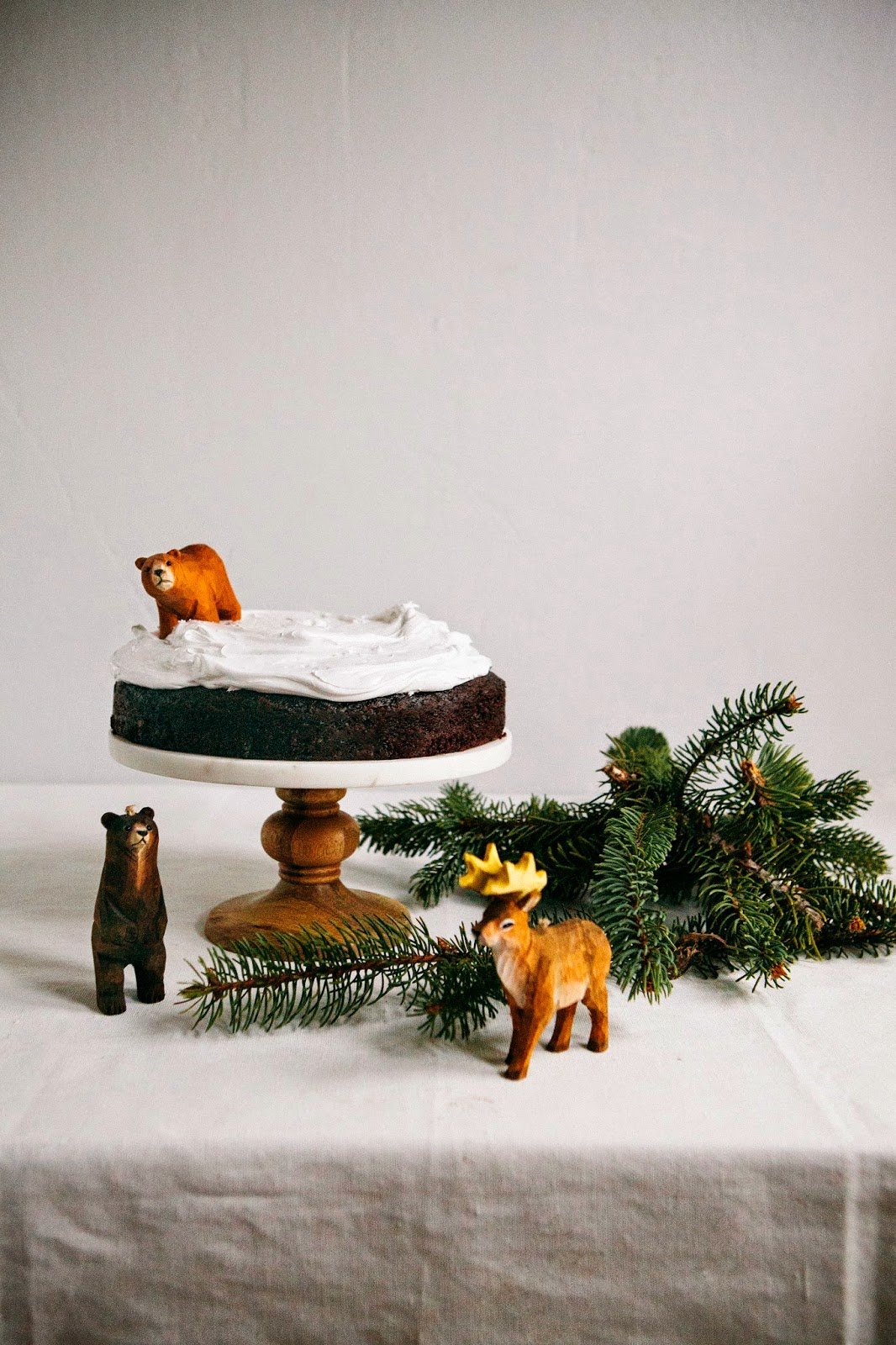 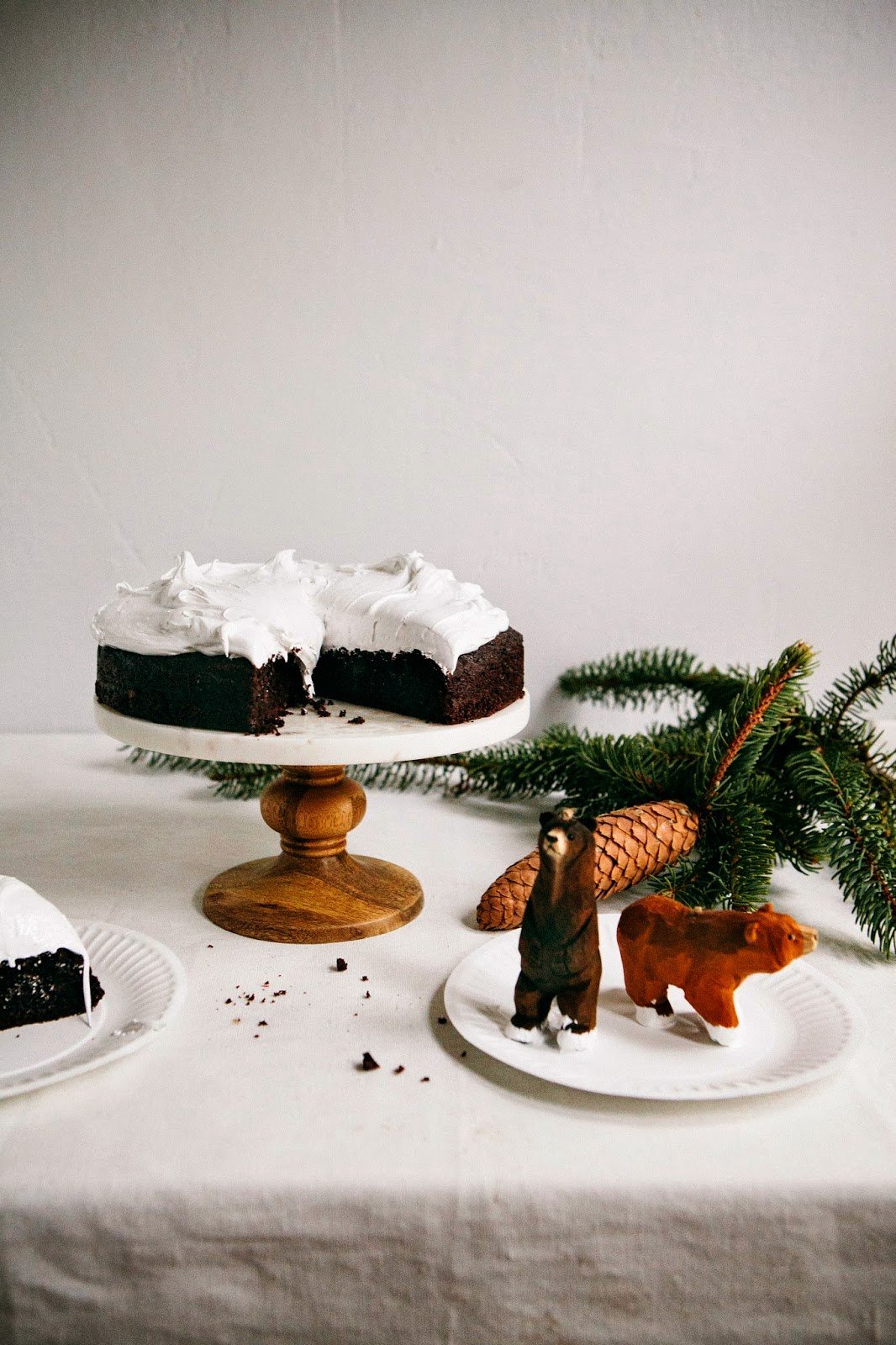 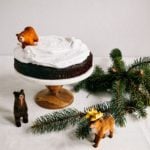 For the Hot Chocolate Cake

For the Marshmallow Fluff Frosting

For the Hot Chocolate Cake

For the Marshmallow Fluff Frosting