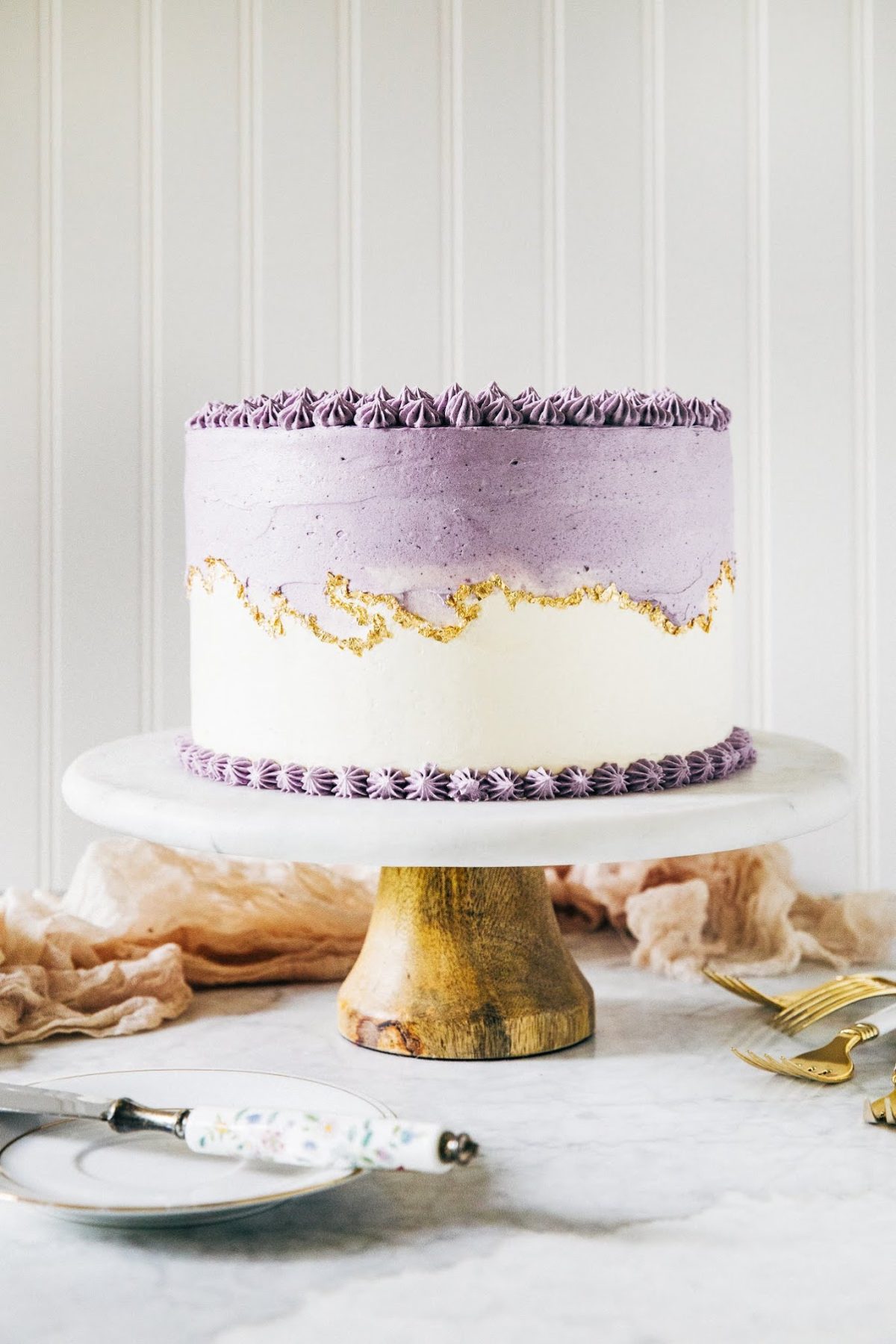 Happy Seventh Birthday to Hummingbird High! For those who came for the recipe, I’ll keep things short and sweet up here: I’m celebrating the (lucky number) seventh anniversary of starting my blog with an ube layer cake (complete with ube Swiss meringue buttercream frosting!) inspired by my Filipino heritage. Ube is a sweet purple yam […] 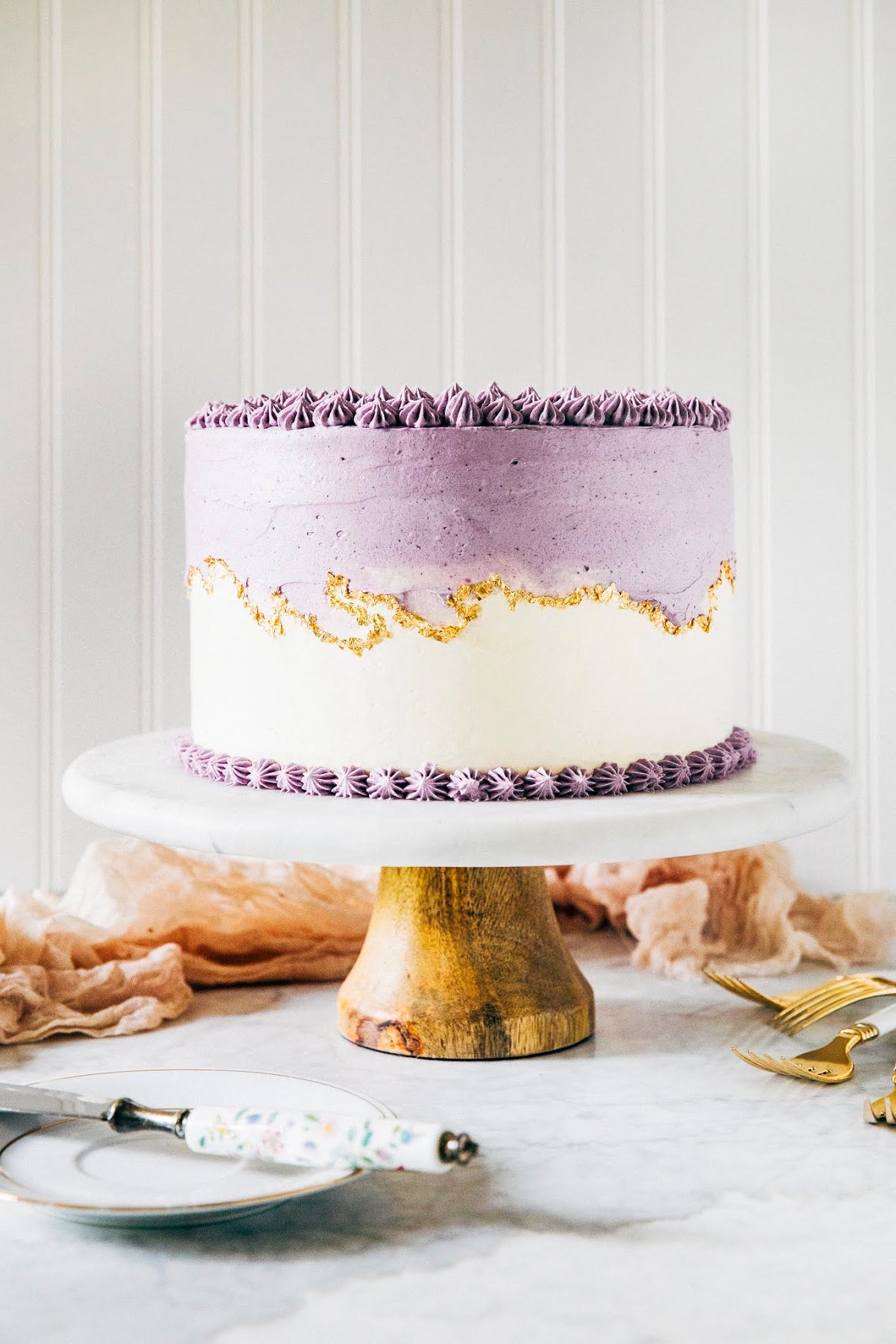 For those who came for the recipe, I’ll keep things short and sweet up here: I’m celebrating the (lucky number) seventh anniversary of starting my blog with an ube layer cake (complete with ube Swiss meringue buttercream frosting!) inspired by my Filipino heritage. Ube is a sweet purple yam that is often used in Filipino desserts; I’ve been experimenting with it more and more in my recipes (see: ube cinnamon rolls and ube babka). The cake’s frosting decoration is inspired by kintsugi, a Japanese technique of repairing broken pottery by brushing the pieces with gold leaf and gluing them back together to create a beautiful and unique webbing pattern. As usual, don’t forget to read the baker’s notes to learn more about ube and get all my best kintsugi frosting tips. Yay! 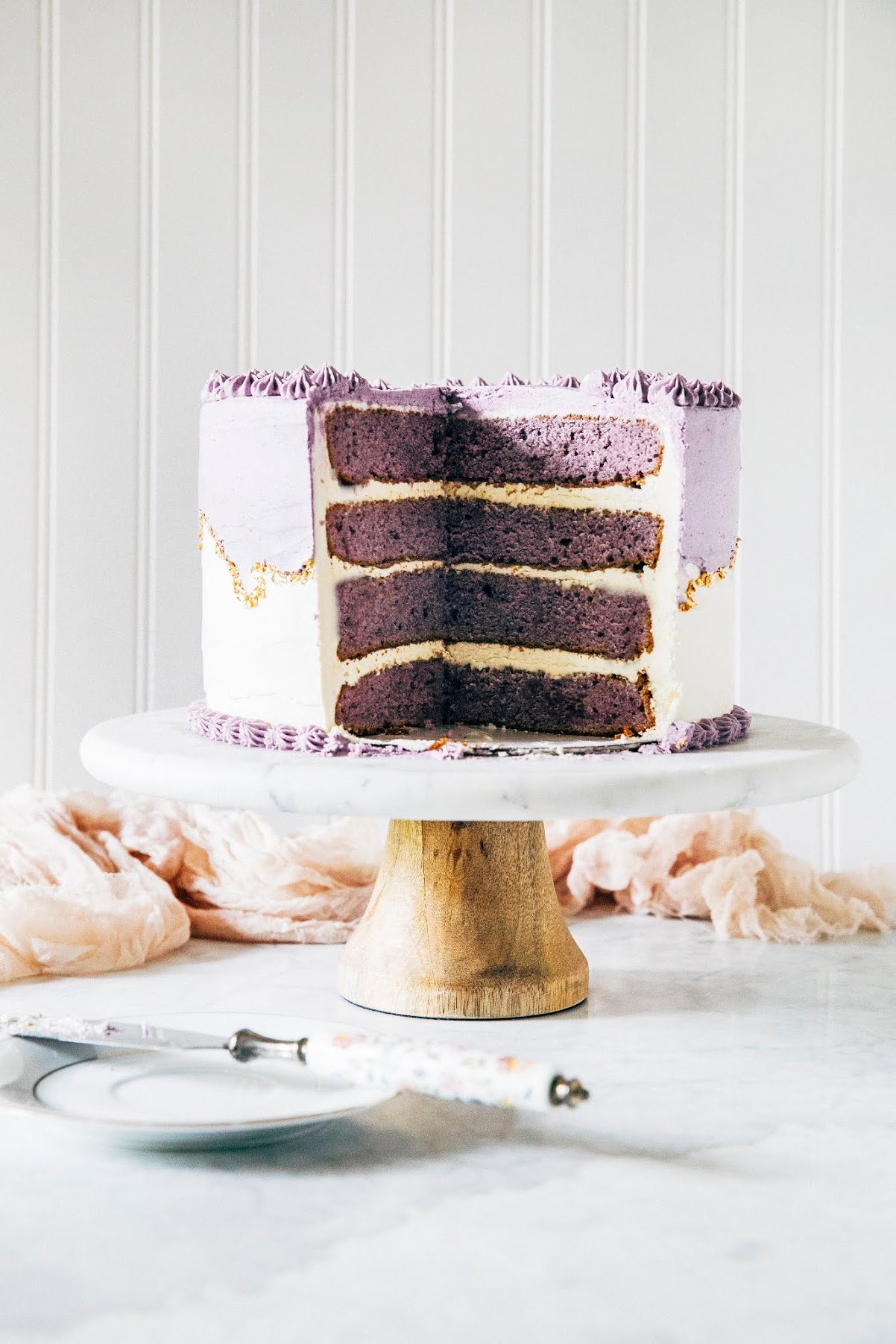 For everybody else who came to read the actual post, all I can say is this: you make my heart so full. I am still always surprised by how many of you take the precious time out of your day to read and follow along on my adventures. And as you probably already know, a few years ago, I started the tradition of doing a sort of retrospective of my blog on its birthday by discussing the varying and mostly surprising ways that Hummingbird High affected (and continues to affect) my life. Previous posts have reflected on a variety of different topics, including how this blog saved me from the depression and anxieties of my mid-20s by giving me a sense of community and accomplishment, while more recent posts have focused on the ever-changing blog world and my constant struggles with blog burnout due to navigating the increasingly breakneck speed of the internet and ever shifting world of social media. This year, I’m going to take the discussions of the previous years one step further by talking candidly about what many consider taboo: money.

Long-time and careful readers of Hummingbird High will already know that, up until last year, I worked a full-time job in tech. Doing so provided me with a six figure salary and benefits that left me pretty comfortable (if you came for specifics, you can read this anonymous interview I did for The Billfold that caused quite a few side-eyes and snark about my photography on Reddit); as a result, earning money on this blog was always a bit of an afterthought. As opposed to focusing on creating content that would “monetize” my blog well by bringing in new traffic, my tech salary let me do, well, whatever the fuck I wanted to on Hummingbird High. I didn’t worry about making posts and recipe names SEO friendly, I made recipes with obscure ingredients that hardly any folks cared to make, I kept the weird blog name that didn’t really make sense any more. Because guess what? That dirty tech money allowed me not to worry about any of it and, perhaps best of all, let me decline generous sponsored posts from companies whose product I didn’t particularly care for. Non-bloggers always called Hummingbird High my “side-hustle”, but I knew the truth: it was less of a hustle and more of a, er, side-amble, if you know what I mean. 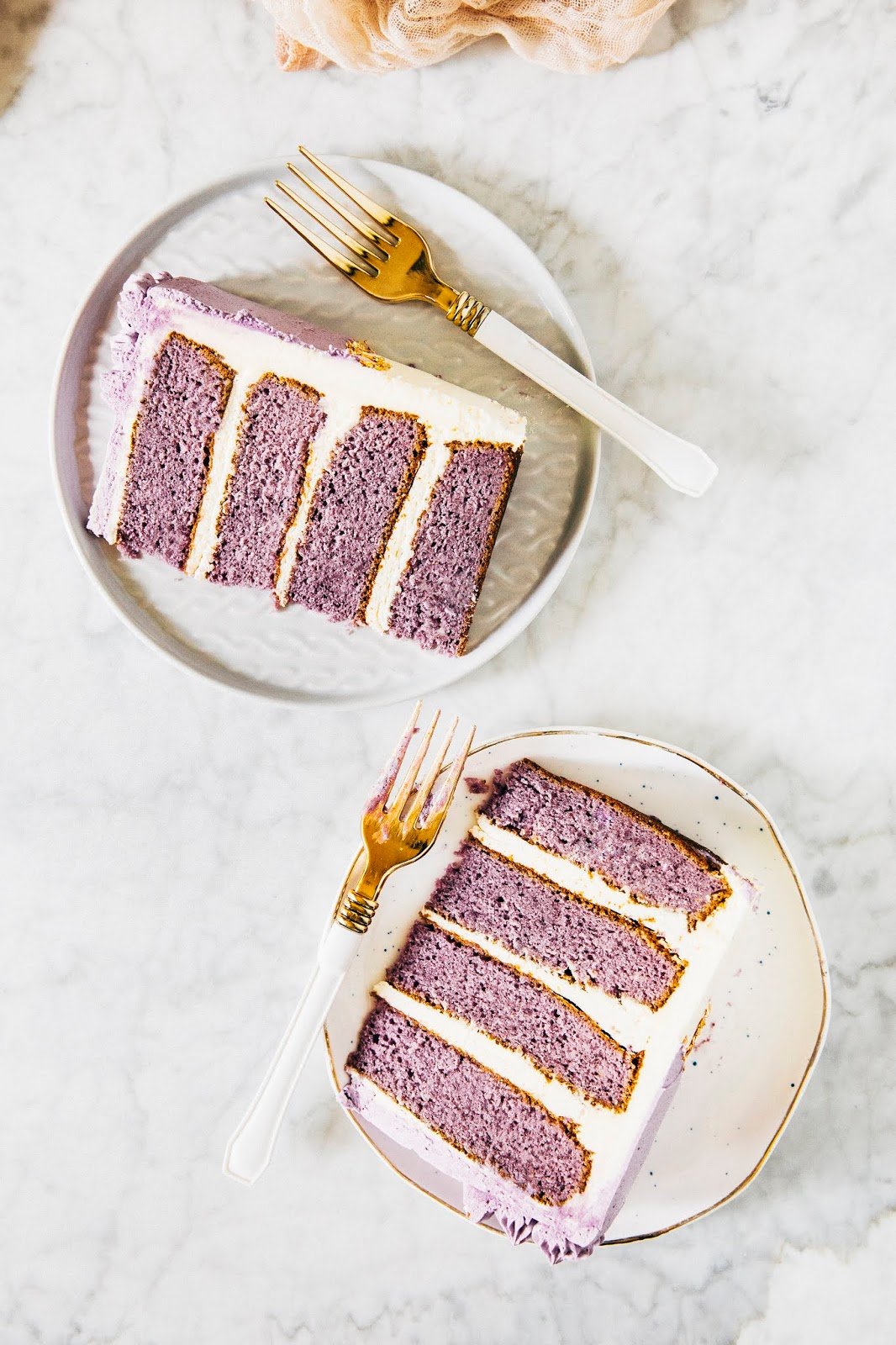 And although that tech salary gave me the creative freedom to run my blog the way I wanted to, it was always a double-edged sword: while I was rich in money, I was extremely poor in time. While the obvious solution would have been to give up one for the other, I couldn’t bring myself to give up what gave me so much security (tech) and what gave me so much joy (this blog). Besides, I felt like I was already doing the bare minimum for my blog, saving my weeknights and weekends for baking and hastily writing blog posts on my subway commutes. But as the years stretched on juggling both, it seemed that every minute spent at my corporate job seemed like a missed opportunity to not only do what I loved, but also a personal failure to pursue a privileged option unavailable to many — that is, to rely on my passion solely for income, and to officially make the transition to owning and running a small business of my own without going into debt or taking out a third party loan.

If my life were a movie, there would have been some big, dramatic catalyst that resulted in me quitting my job in an epic, bridge-burning fashion. The truth is much quieter and boring: my cookbook went to auction in the summer of 2017; I realized that writing a cookbook was a full-time job in itself (more on that in next year’s blog anniversary, probably) and took reduced hours at my tech job, before switching to freelance. My team wished me well and the VP of my department promised to buy all 100+ members of my former engineering department copies of my book.

Spending less time in tech allowed me to focus on Hummingbird High in ways I’d never been able to before. Doing so was both a blessing and a curse: while I could spend days honing on on recipes and photos, I now found myself worrying about my ads, traffic, SEO, numbers, growth, and everything I’d previously ignored. Interestingly enough, I also found myself working more hours on Hummingbird High than I ever did for my tech job (and believe me, I kept long hours then too). The work is different, but in my eyes, no less valuable and infinitely more thrilling than sitting in meetings convincing vendors and engineers to prioritize my JIRA tickets. The best part is that no minute goes un-wasted; unlike in corporate, where you often have to wait around for emails, meetings, and external decisions to be able to do your work, working for yourself eliminates most of those inefficiencies. The ISTJ in me was thriving.

But ah, Michelle. What about the money? 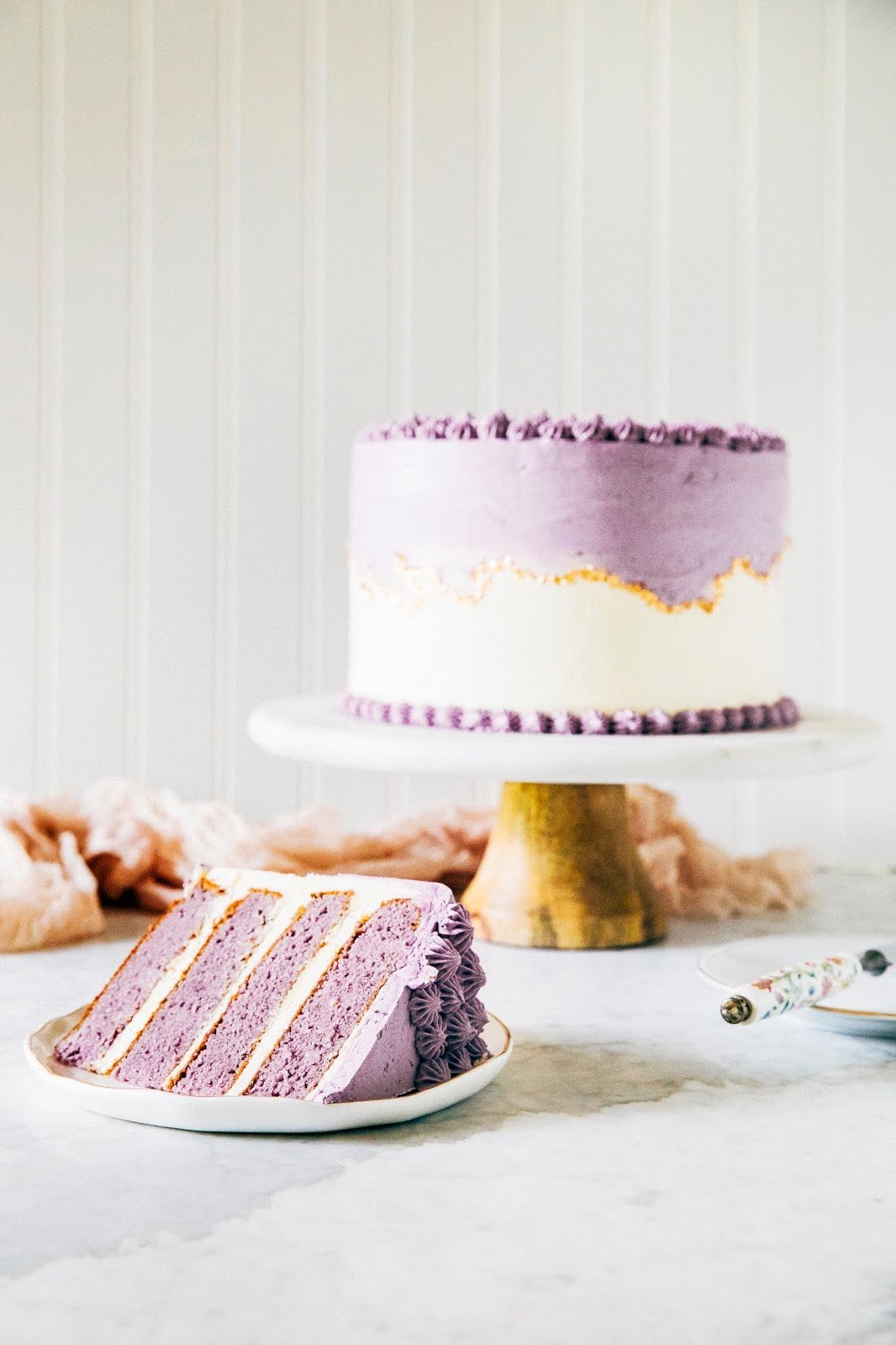 Since doing that Billfold interview about my blog earnings in 2016, those figures have almost quadrupled and Hummingbird High has outstripped my generous tech salary by a decent margin. I wish I could tell you why or how, but realistically, I haven’t done much beyond doing what I’ve always done: developing recipes for baked goods that appeal to me (and sometimes, no one else), and taking the best photos I can within my limited knowledge of photography. Despite what all those guides tell you on how to build your brand and grow your audience and whatever else, the truth is, it’s mostly the market. Influencer marketing is hotter than ever, and more brands are throwing bigger budgets at established bloggers for sponsored work. I don’t actually do any more sponsored posts now than I did back in 2016; my agent just gets me better rates and longer-term contracts. But before you run off to quit your day job, let me warn you that the very same market that is full of opportunity is also more saturated than ever — despite what all those online courses promise, it’s much harder to grow your audience, and that ultimately matters since contracts and partnerships are determined by these figures. While many are optimistic, I’ve always been more pessimistic realistic. I keep waiting for the other shoe to drop and am always preparing myself for the days in which Hummingbird High won’t be able to pay the bills anymore: by building out an Airbnb apartment, taking on more freelance tech work, experimenting with a part-time job more in line with food and photography, and finally trying to tackle the big project I dreamed up several years ago.

So, what does that mean for Hummingbird High? My hope is that it will mean, well, absolutely nothing. I started this blog because I genuinely love to bake; I continue to blog today because of that very same love, still. Everything else — the blogging, the photography, the sponsored posts, the followers — has been a wonderful yet secondary privilege. And when everything else finally fades, my hope is that my love for baking, desserts, and all things sweet will keep Hummingbird High persevering for many years to come. 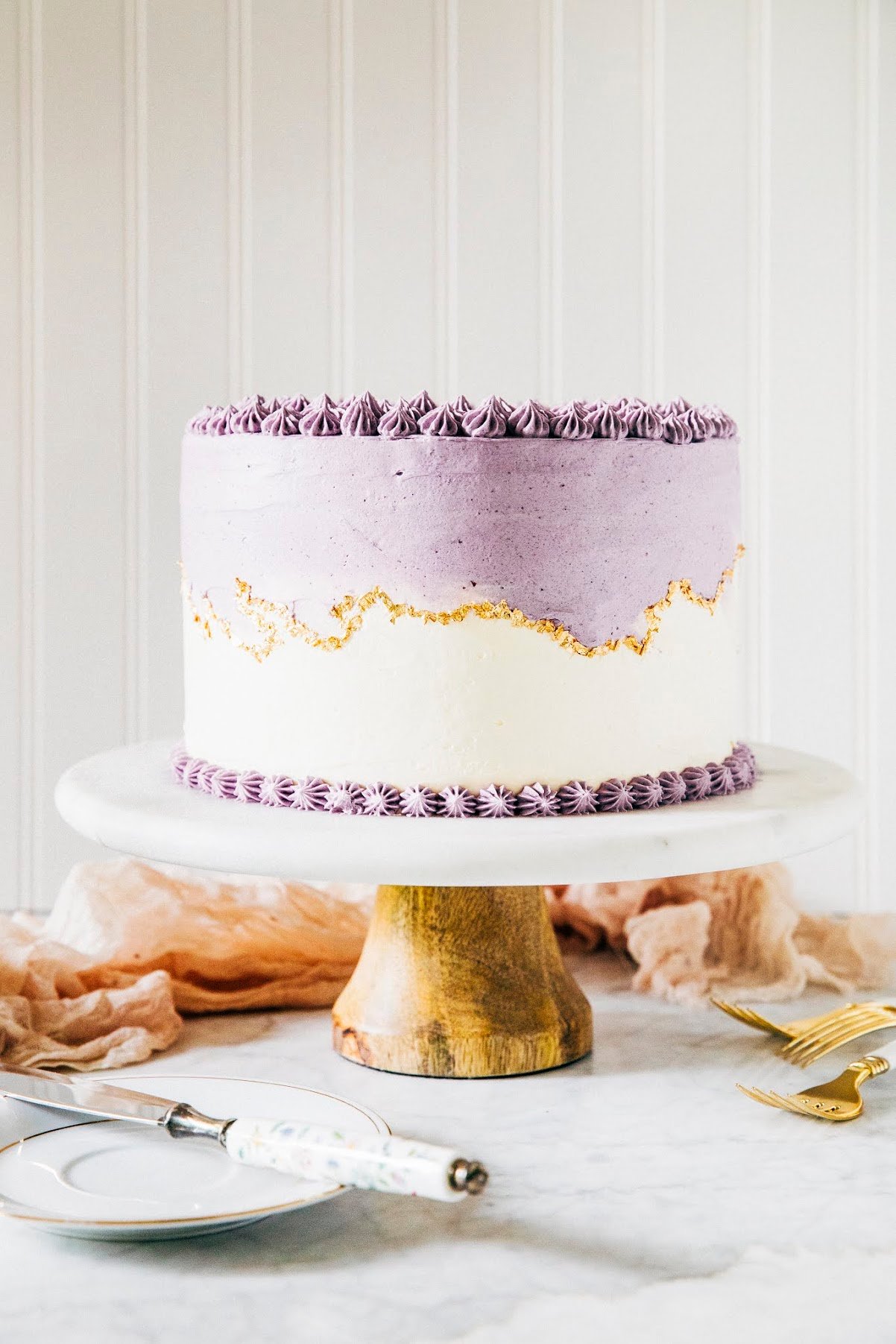 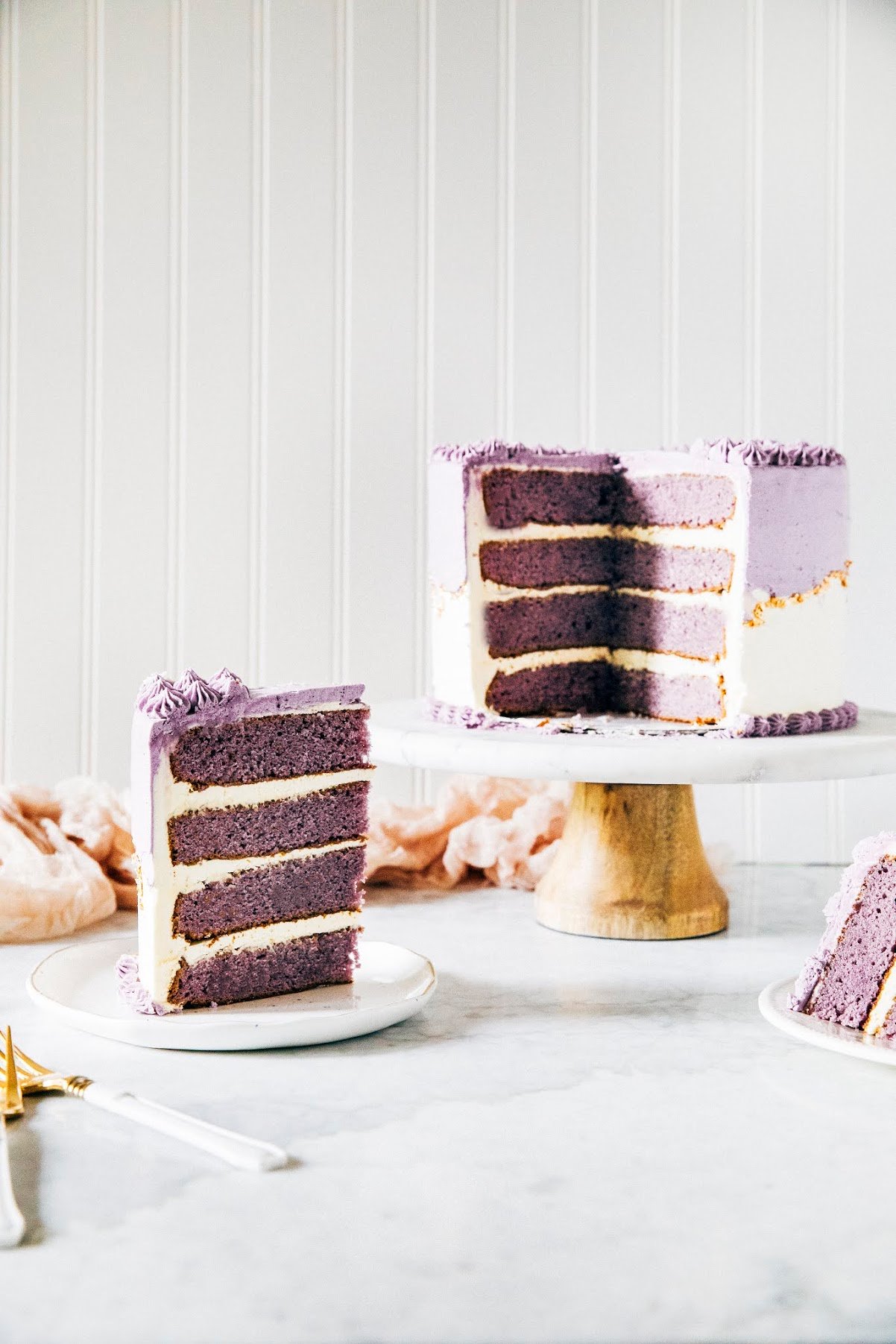 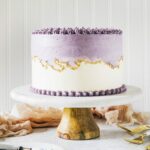 For the Ube Layer Cake

For the Ube Layer Cake

For the Ube Meringue Buttercream Frosting