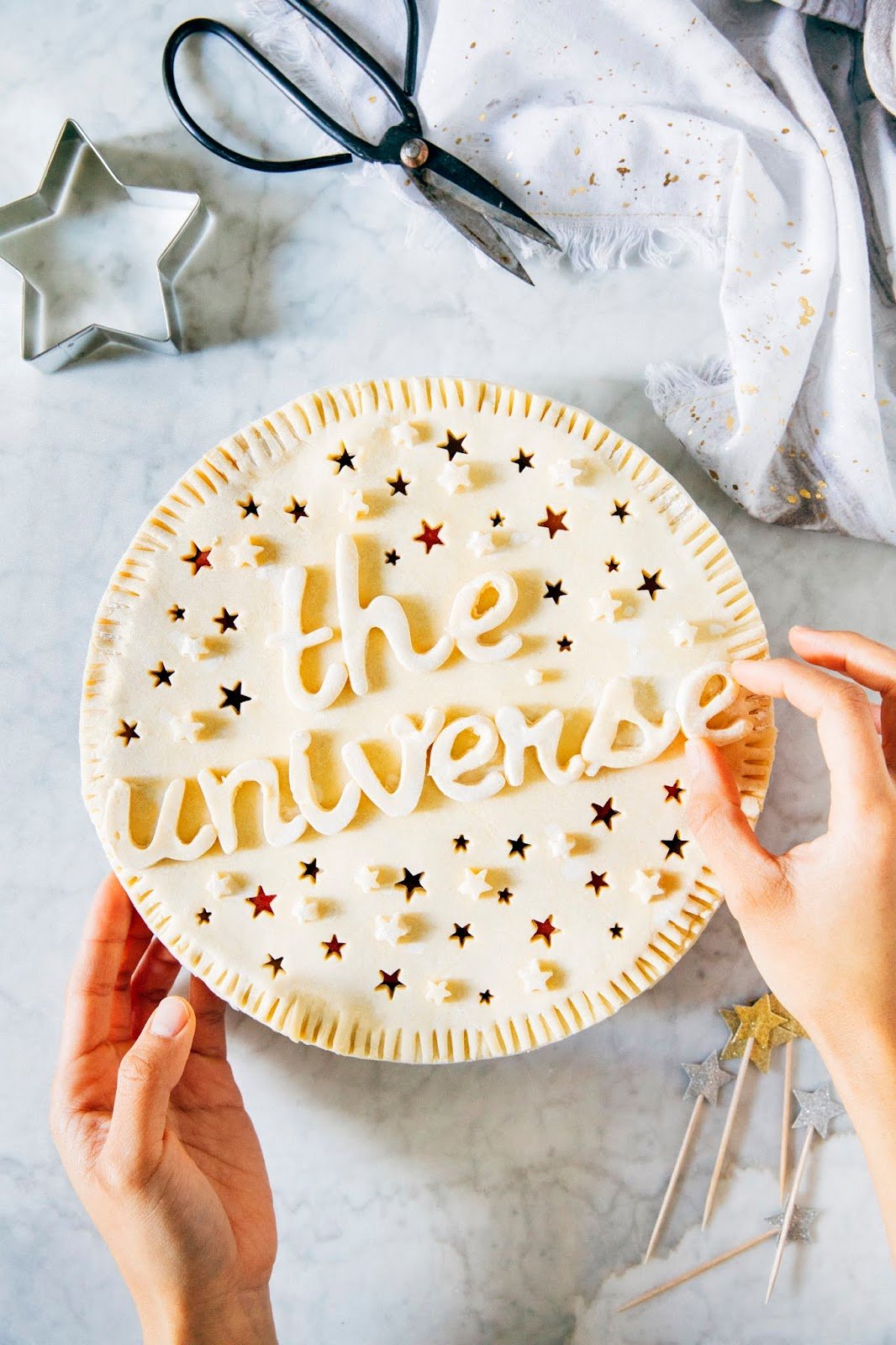 “If you wish to make an apple pie from scratch, you must first create the universe.” — Carl Sagan I didn’t grow up idolizing heroes; I was never the kind of kid who revered athletes, actors and actresses, and musicians. There were a couple of exceptions — when I was younger, I loved the Olsen […]

“If you wish to make an apple pie from scratch, you must first create the universe.” — Carl Sagan

I didn’t grow up idolizing heroes; I was never the kind of kid who revered athletes, actors and actresses, and musicians. There were a couple of exceptions — when I was younger, I loved the Olsen twins and wished I had a twin of my own. I definitely also went through a Spice Girls phase that resulted in my sister decorating my bedroom with a bunch of their posters as a birthday present. But the Olsen twins and the Spice Girls were exceptions to the rule and, quite frankly, a passing phase — my fandom was so lukewarm that I was never able to convince my parents to shell out the cash for a VHS copy of an Olsen twins movie, or, more ambitiously, a ticket to a Spice Girls concert.

It didn’t occur to me how strange this lack of conviction was until I started working in tech several years ago. The start-ups and companies I worked for were full of (often) young, (often) white men whose interests were (often) some variation of programming and gaming, followed by coffee, bikes, beer. On lunch breaks and social events hosted by our workplaces, I would listen as these men bonded over their shared love for the works of their childhood and current heroes — but instead of athletes and entertainers and musicians, they revered astrophysicists Carl Sagan and Neil deGrasse Tyson, writers Kurt Vonnegut and Douglas Adams, and titans of industry Steve Jobs and pre-2018 Elon Musk. Their love for these men was deep and sincere, unconditional and unending in a way I couldn’t quite understand. 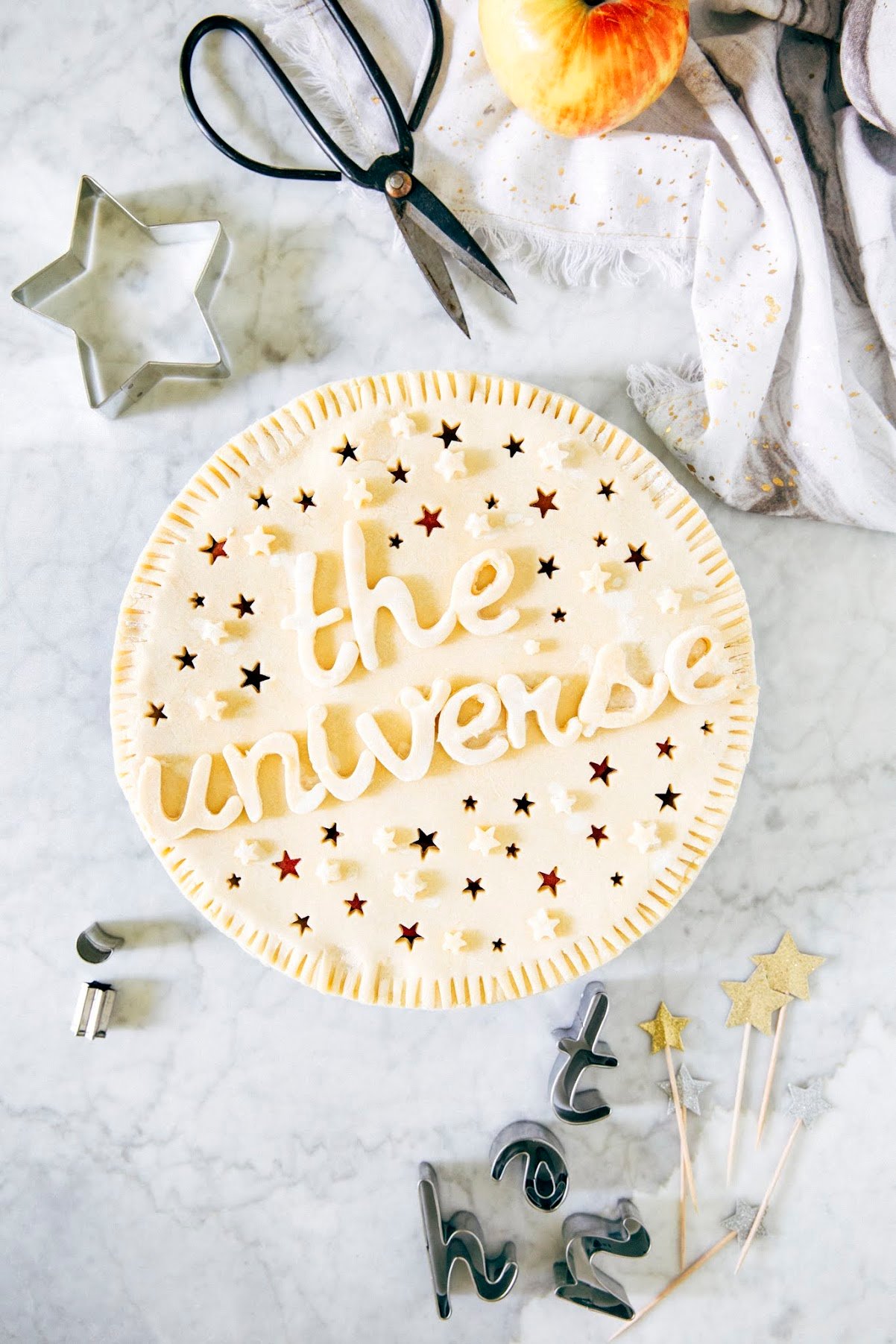 Later, I tried to ingratiate myself among my peers by learning more about these men by picking up their biographies and their most famous/recommended works. I thought that maybe I was missing something — I’d already read Steve Jobs’ biography when it had come out several years ago; despite many hailing him as a visionary because of that book, I instead walked away with the impression that he was kind of an asshole. Similarly, I’d read a fair number of Kurt Vonnegut books and Douglas Adams’ much beloved The Hitchhiker’s Guide to the Galaxy; none made a particularly lasting impression on me. I bought a copy of Cosmos and Astrophysics for People in a Hurry; I kept falling asleep during the former and I have yet to even attempt the latter (though I believe I’m not the only one).

For a while, my lack of appreciation for these works and these men convinced me that I was somewhere between a rube and a philistine. It was only until the recent tide of wokeness about the lack of Asian representation in media and a re-reading of Nicole Chung’s wonderful article on the lack of Asian role models in her childhood that I understood that I wasn’t the problem, no. My coworkers revered these works not because they were especially interesting (though they sometimes were, admittedly); nor did they idolize those men because they were particularly good and noble men (though they sometimes were too, admittedly). Instead, they celebrated these men because they were a combination of being the most realized representations of their interests and the most successful versions of themselves. 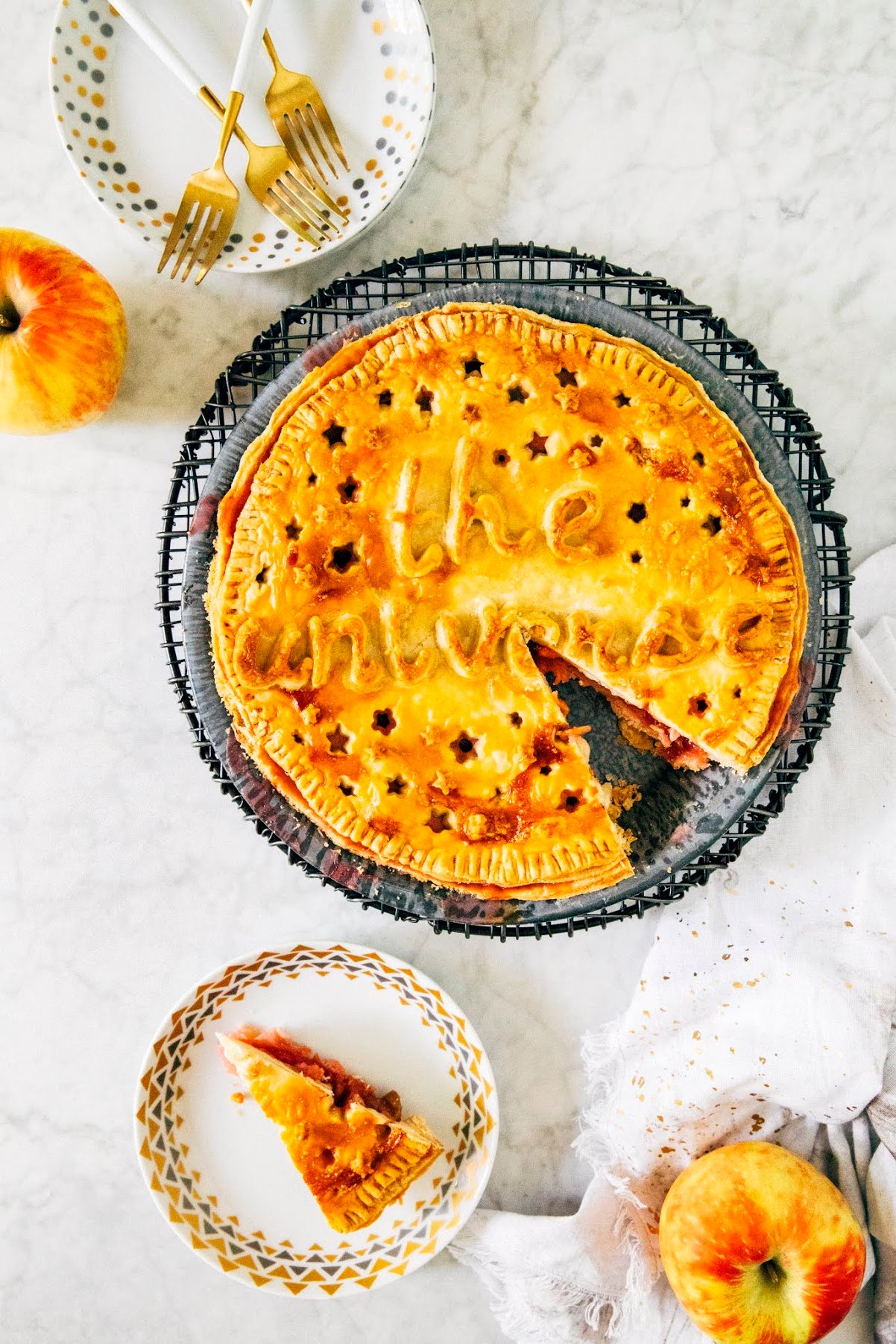 The universe, in theory, is the same for everybody: the laws of space and time do not discriminate, and the same planets, stars, and galaxies exist for all. But despite what these scientists and authors and titans have you believe, the reality is much more complicated than that. My white male coworkers have—and have always had—an abundance of heroes to choose from and to show them what is possible for men who look and sound like them,  who hold the same interests and beliefs, and even with the same flaws and imperfections. But as a non-white/immigrant/Filipino/woman, my own universe is much smaller and quieter, with leaders that are harder to find, and ultimately, as a result, possibilities that are harder to reach for. Although the accomplishments in my life have been varied and plenty, many have come with no guidance or benchmark from a public role model who looked and sounded like me — it’s almost like I’ve been creating a universe from scratch with every success. So this year, I’m grateful for all the Asian voices and individuals that are finally being heard and celebrated around the world: from movies like Crazy Rich Asians to To All the Boys I’ve Loved Before, judicial cases like the Students for Fair Admissions versus Harvard University, athletes like Chloe Kim and Morgan Hurd, comedians like Ali Wong, writers like Nicole Chung, Celeste Ng, and more. My heroes are finally visible, and our universe has slowly begun to expand at last. 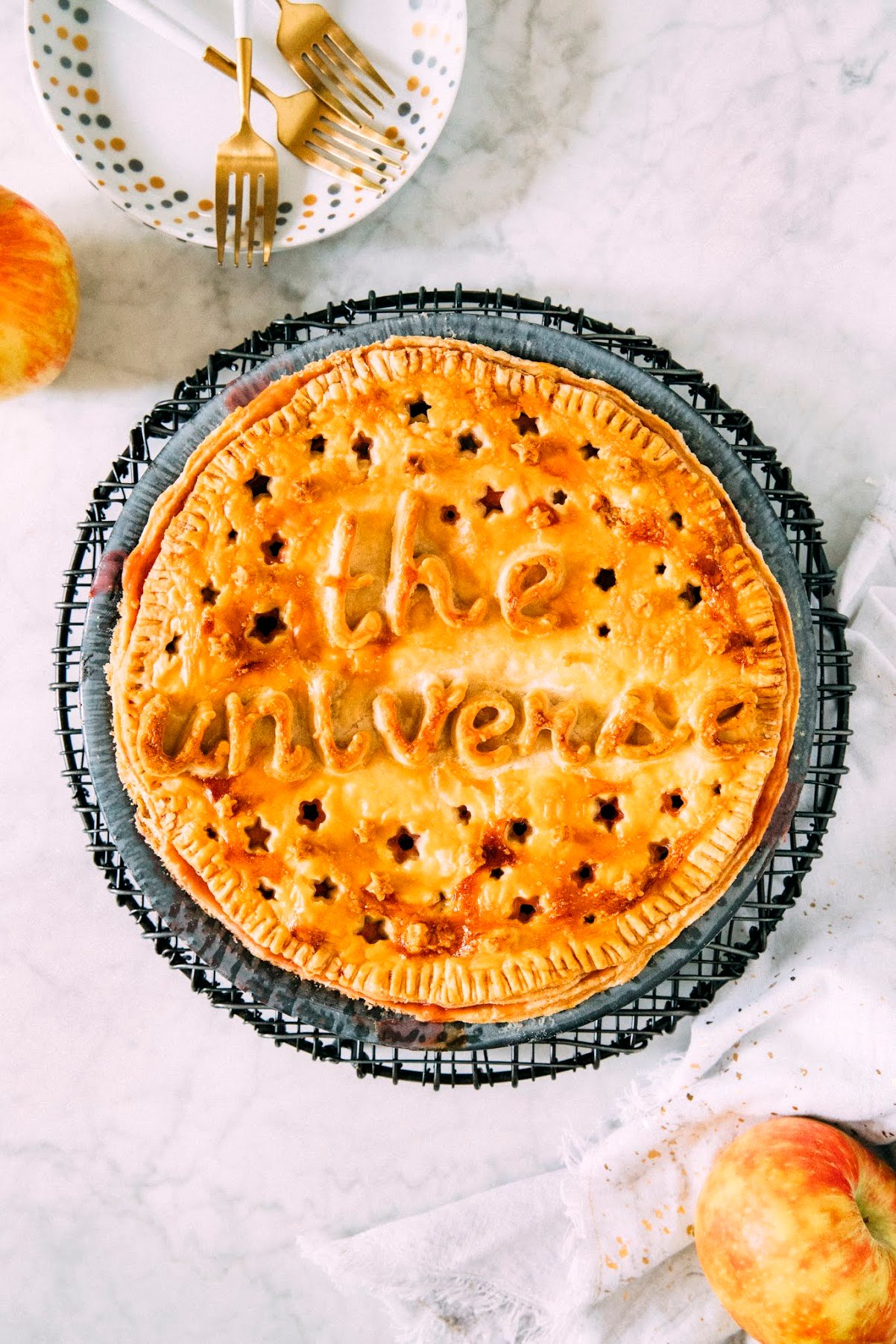 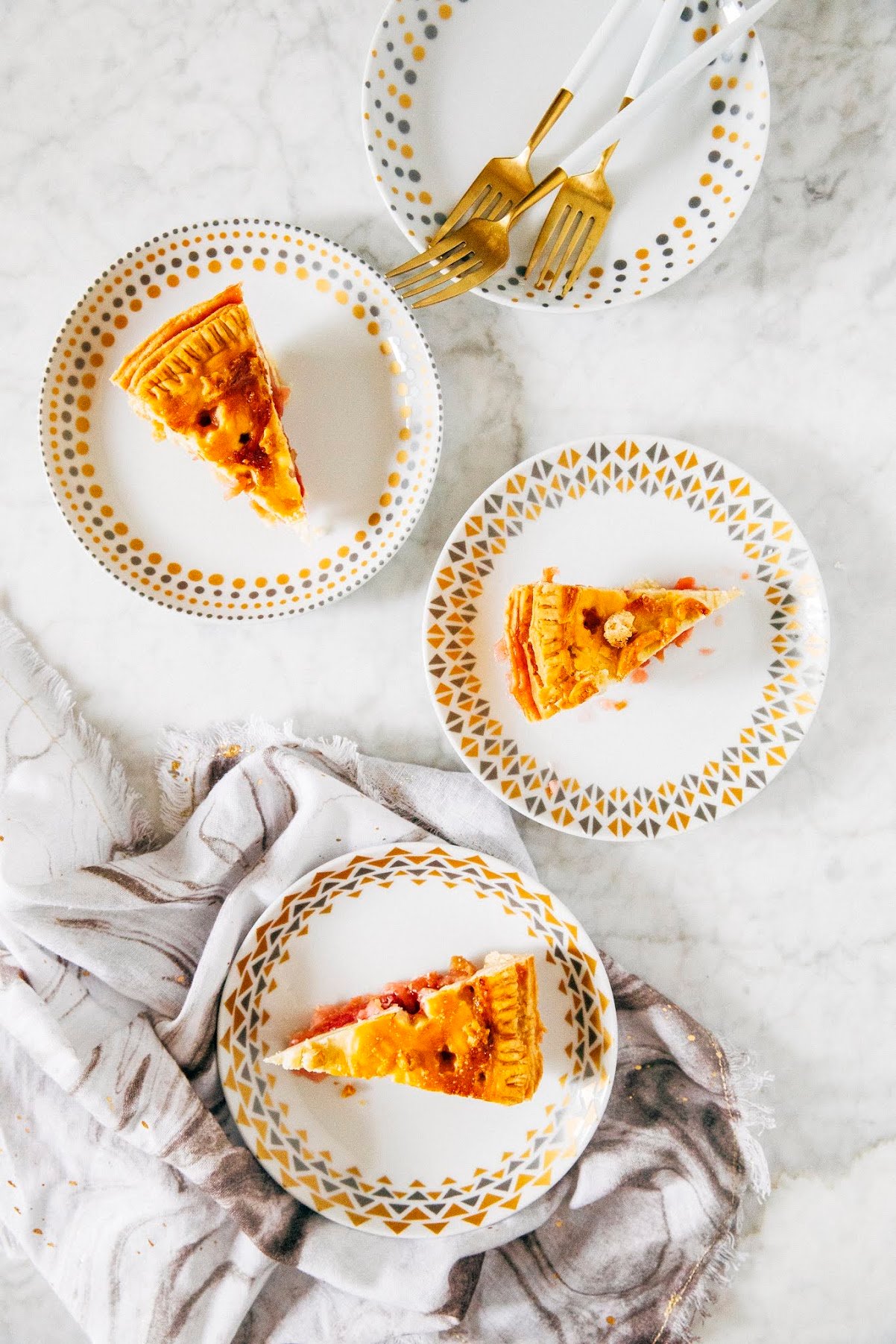 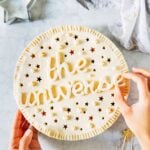 For the Apple Pie Filling

Adapted from this Serious Eats recipe