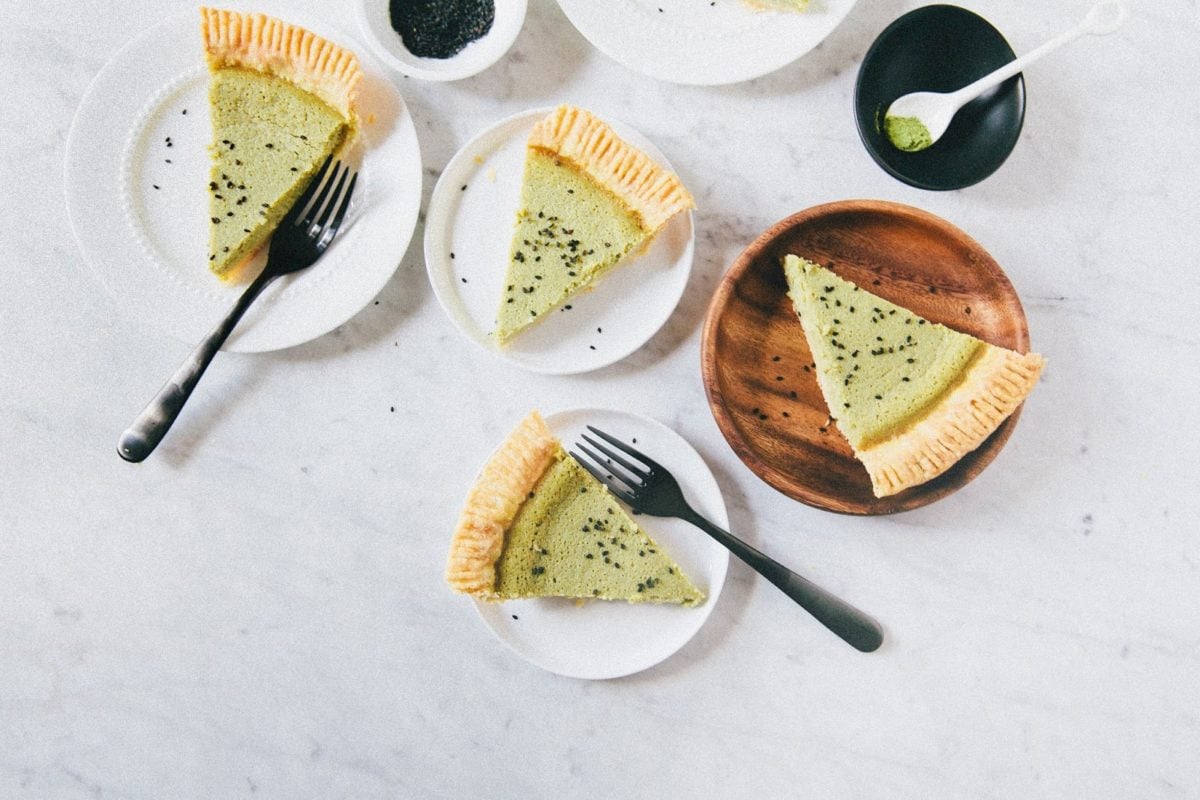 Last October, I dragged Erlend out to Gowanus to pick up a couple slices of pie from Four & Twenty Blackbirds. It was my first time at the pie shop, missing previous opportunities to go there (first when it was closed for the holidays, second when I had to abandon a Brooklyn breakfast crawl early […] 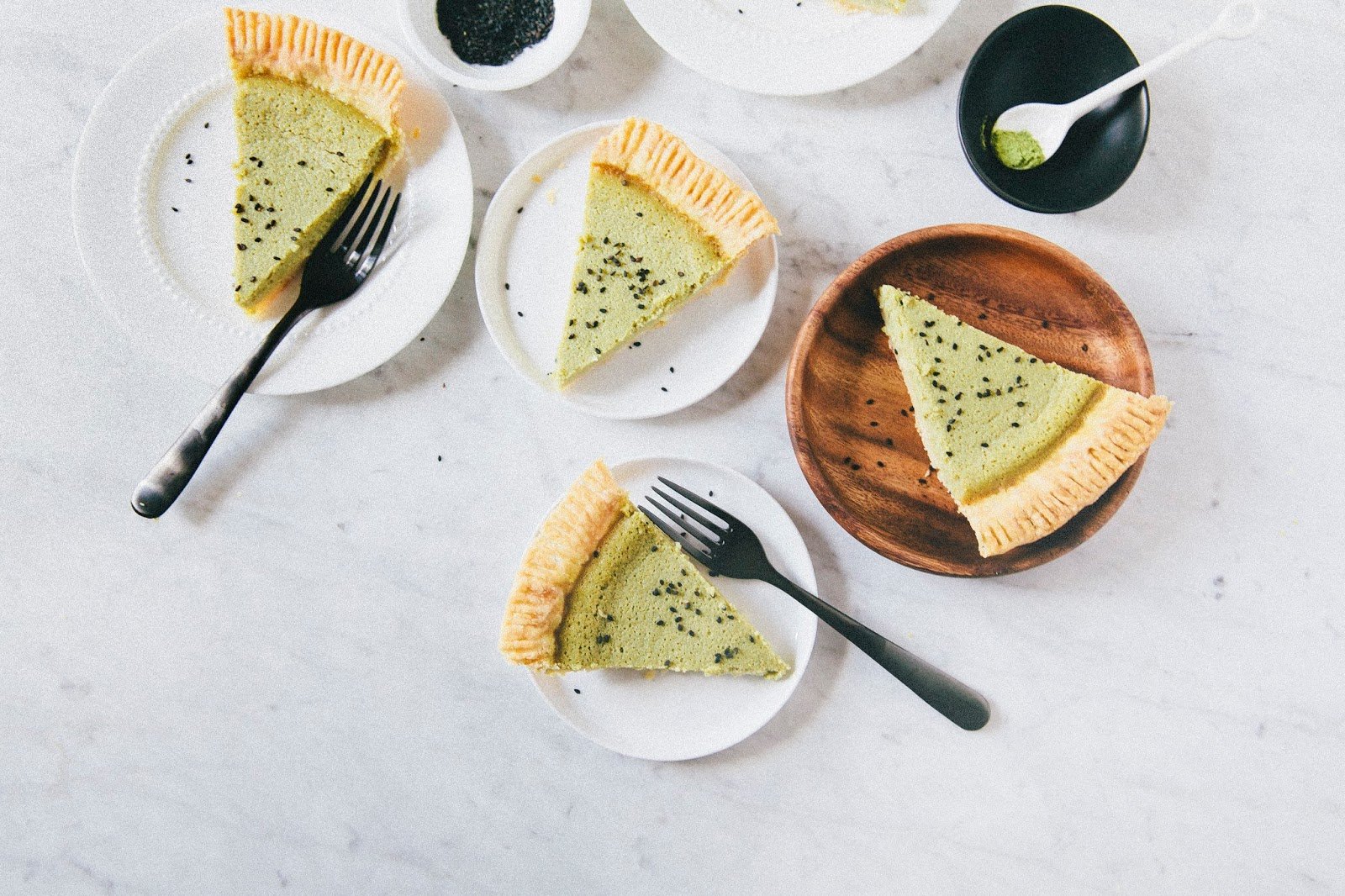 Last October, I dragged Erlend out to Gowanus to pick up a couple slices of pie from Four & Twenty Blackbirds. It was my first time at the pie shop, missing previous opportunities to go there (first when it was closed for the holidays, second when I had to abandon a Brooklyn breakfast crawl early to catch my flight). From the outside, the bakery lived up to its hype, with its mismatching tables and chalkboard menu giving it a twee, cozy vibe.

Because it was October and no fruits were really in season, they didn’t have too many fruit pies to offer. Instead, they had a handful of buttermilk custard based pies, including a matcha buttermilk pie. Matcha (that is, green tea powder) is one of my favorite ingredients to bake with as it can give classic baked goods an interesting, unique twist (case in point: this recipe for matcha marble pound cake, or these matcha white chocolate macadamia cookies). It can be tricky to work with though — too much can make desserts too bitter, too umami (sometimes it can taste like seaweed!), and too little can be bland.

I’m sorry to report that, despite the brilliant green color of Four and Twenty Blackbirds’ matcha pie, all three of us (Erlend, my friend Julie, and myself) found the pie too flavorless. There was no hint of matcha flavor in the custard at all — it seemed like Four and Twenty had played it too safe and ended up with a custard that was too bland. I returned back to San Francisco with a new goal of trying to create my own matcha buttermilk pie that would live up to my standards. 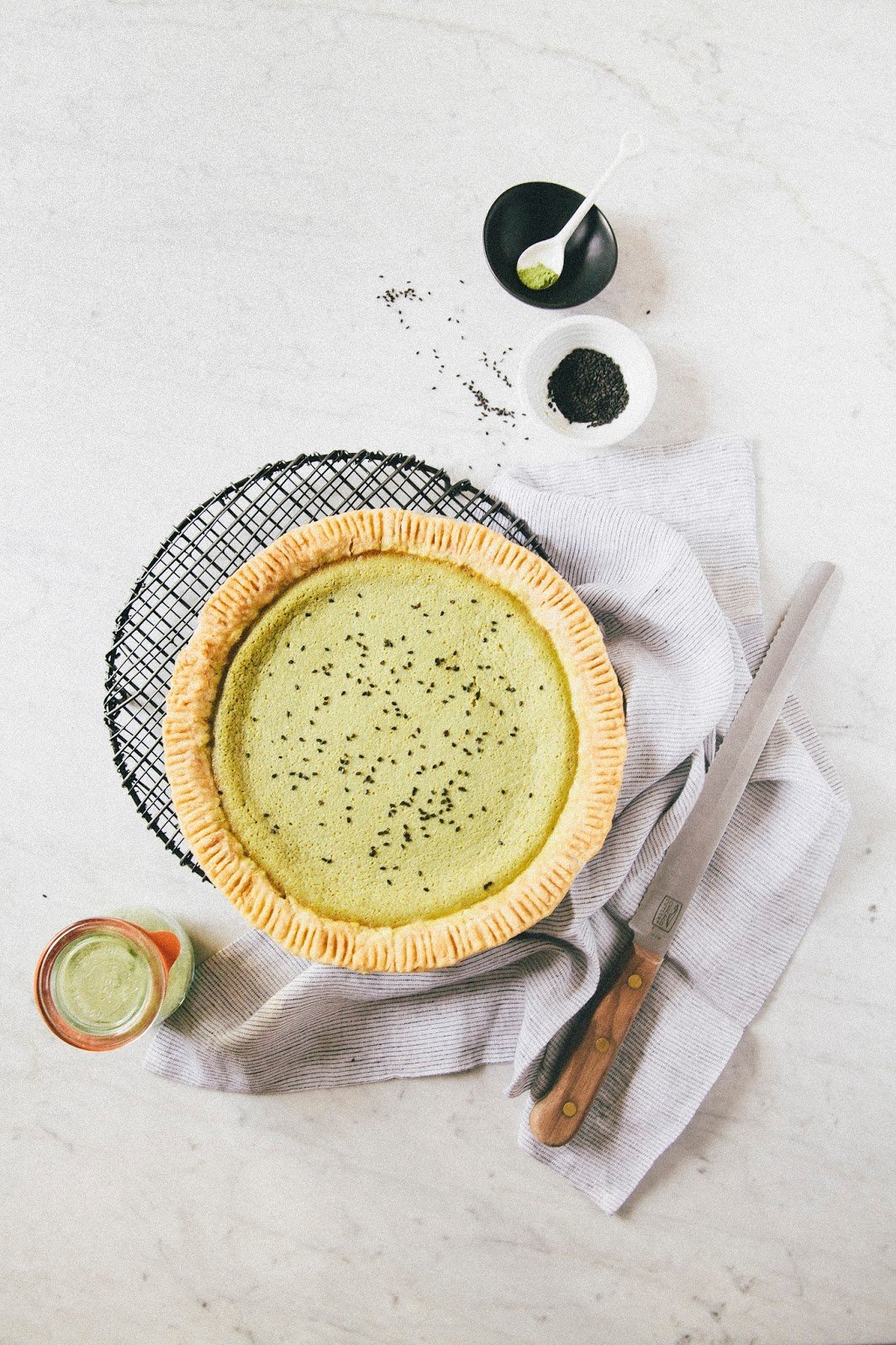 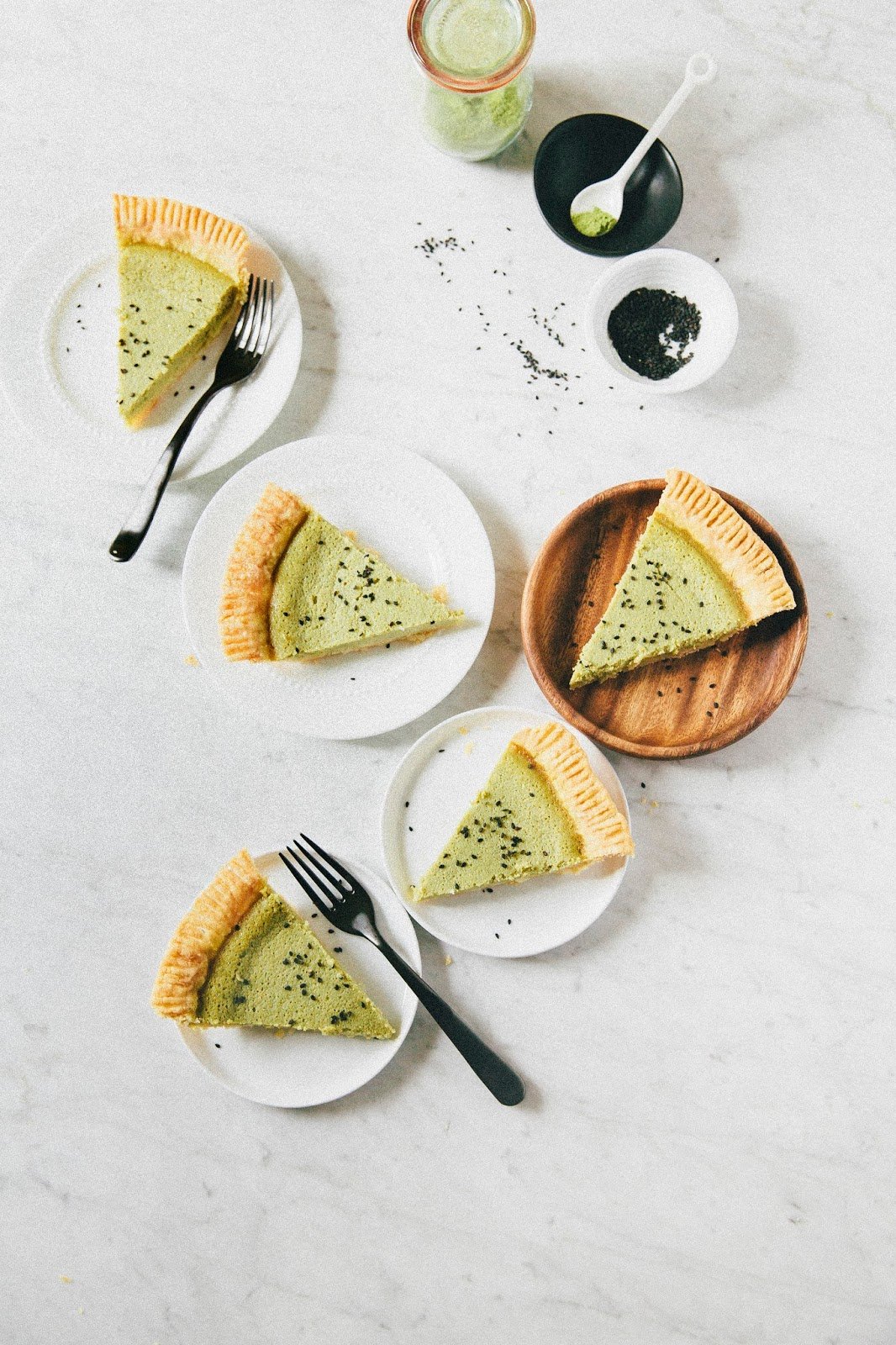 It took a few tries to get the recipe right. I first started experimenting with the buttermilk chess pie recipe in their cookbook, assuming that this was the recipe that they’d created their matcha pie with (though they also had a chamomile buttermilk pie recipe that the matcha pie could have been based on, so maybe I’m just flat-out wrong, which would make this entire post moot… but whatever).

The first iteration turned out to be… fine, just fine. The custard, which I’d spiked with three tablespoons of matcha, was far more flavorful than the version I’d had in their shop. The bigger problem was the crust. Since I’d recently discovered the magic of lard pie crusts, I’d foolishly decided to use one as a base for the matcha custard pie and it just didn’t work. Together, the custard and the lard crust was almost… savory. Blegh.

So for the second iteration, I went with an all-butter crust. Even though I’m still a bigger fan of lard crust (‘cuz even despite the icky factor, they’re seriously much easier to work with), the all-butter crust’s flavor and richness complemented the matcha custard far better. The weird, savory taste was completely gone. 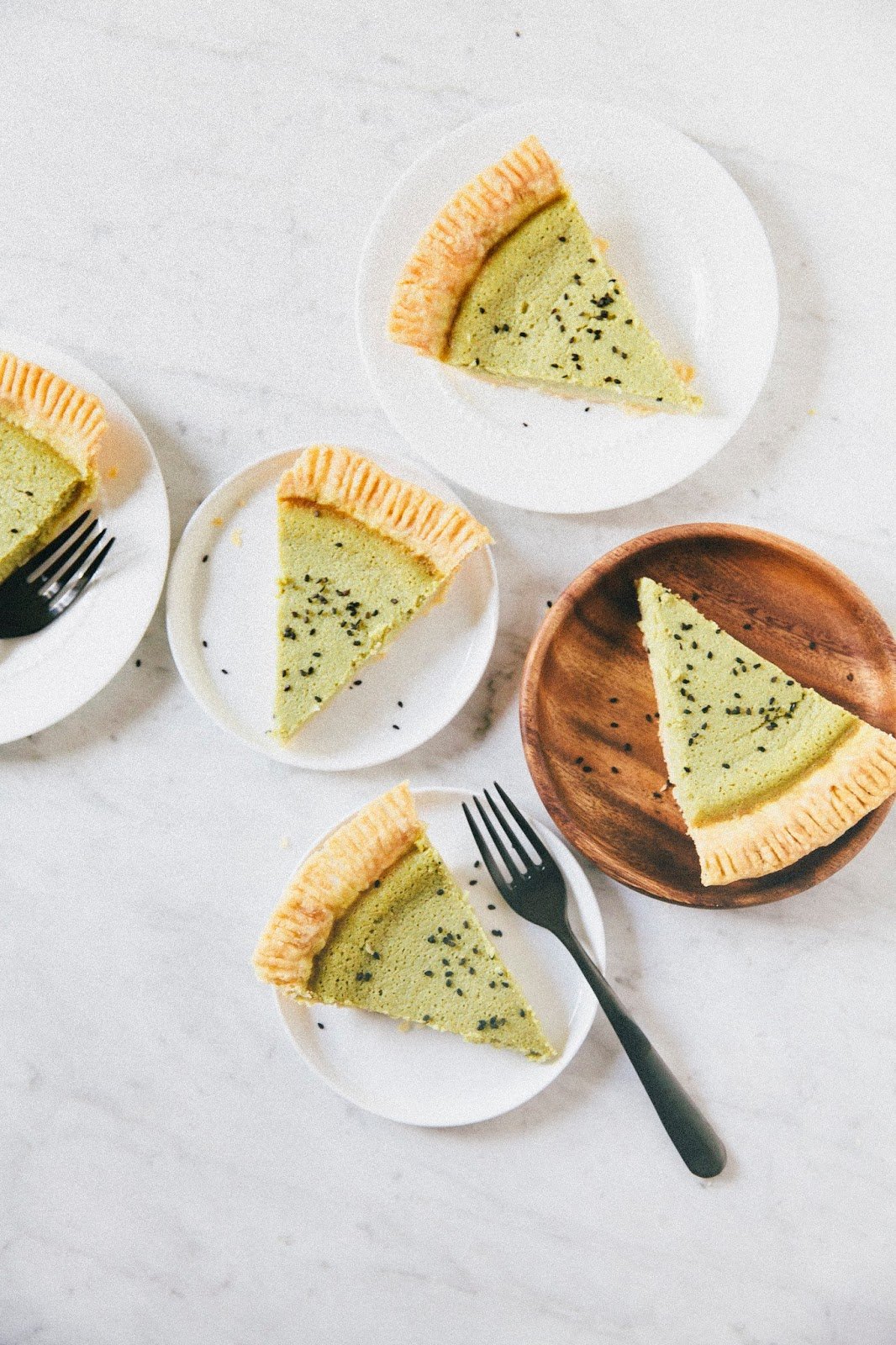 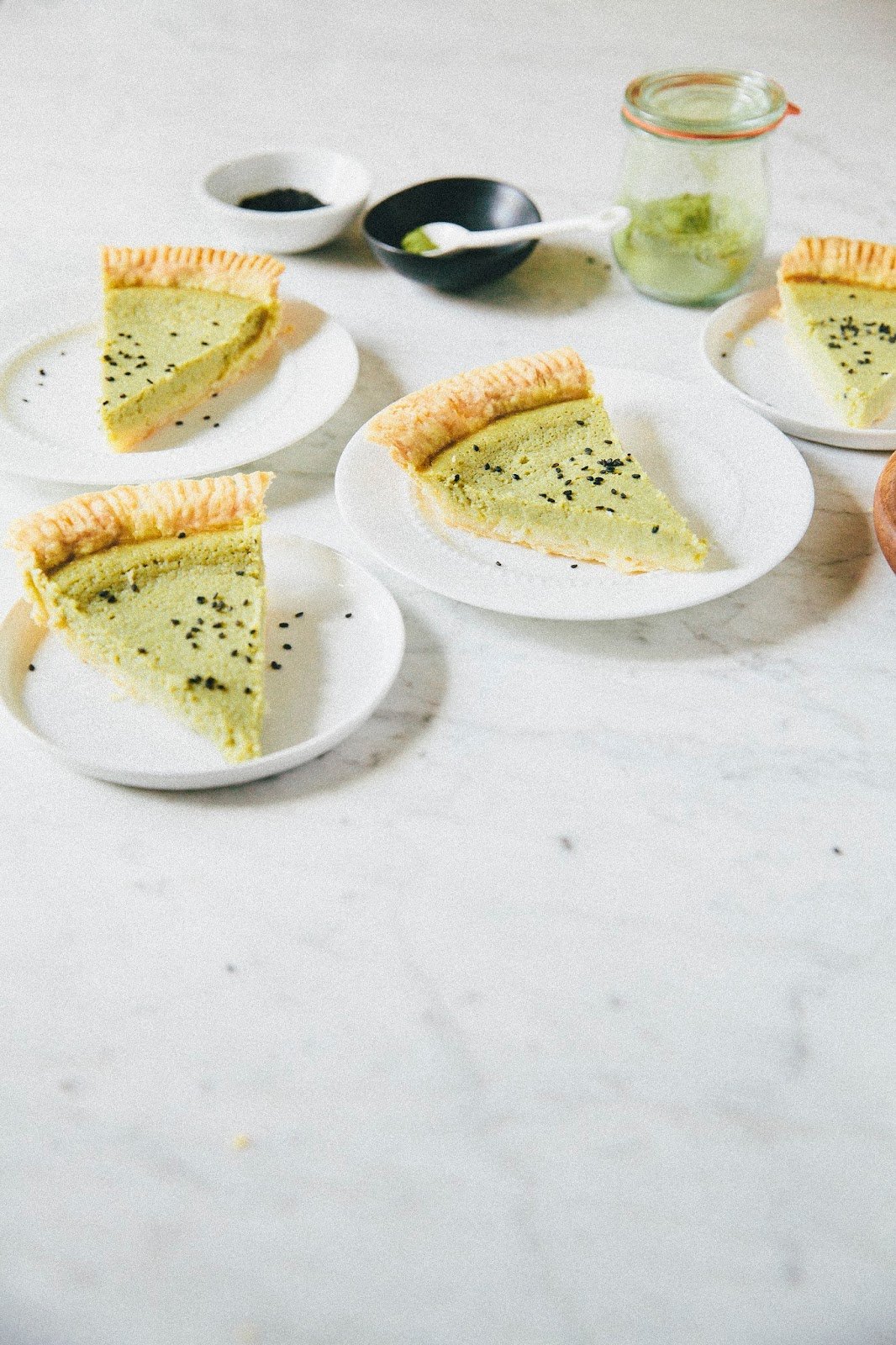 But interestingly enough, the all-butter crust highlighted some problems in the matcha custard that I hadn’t noticed before when it was paired with the lard crust. The original recipe from the cookbook uses both sour cream and vinegar (for some reason), both of which were overpowering the delicate flavor of the matcha. Not wanting to add more matcha, I decided to replace the sour cream with crème fraîche (its much milder sibling) and omit the vinegar entirely. And BOOM. Third time around, I think I nailed it. 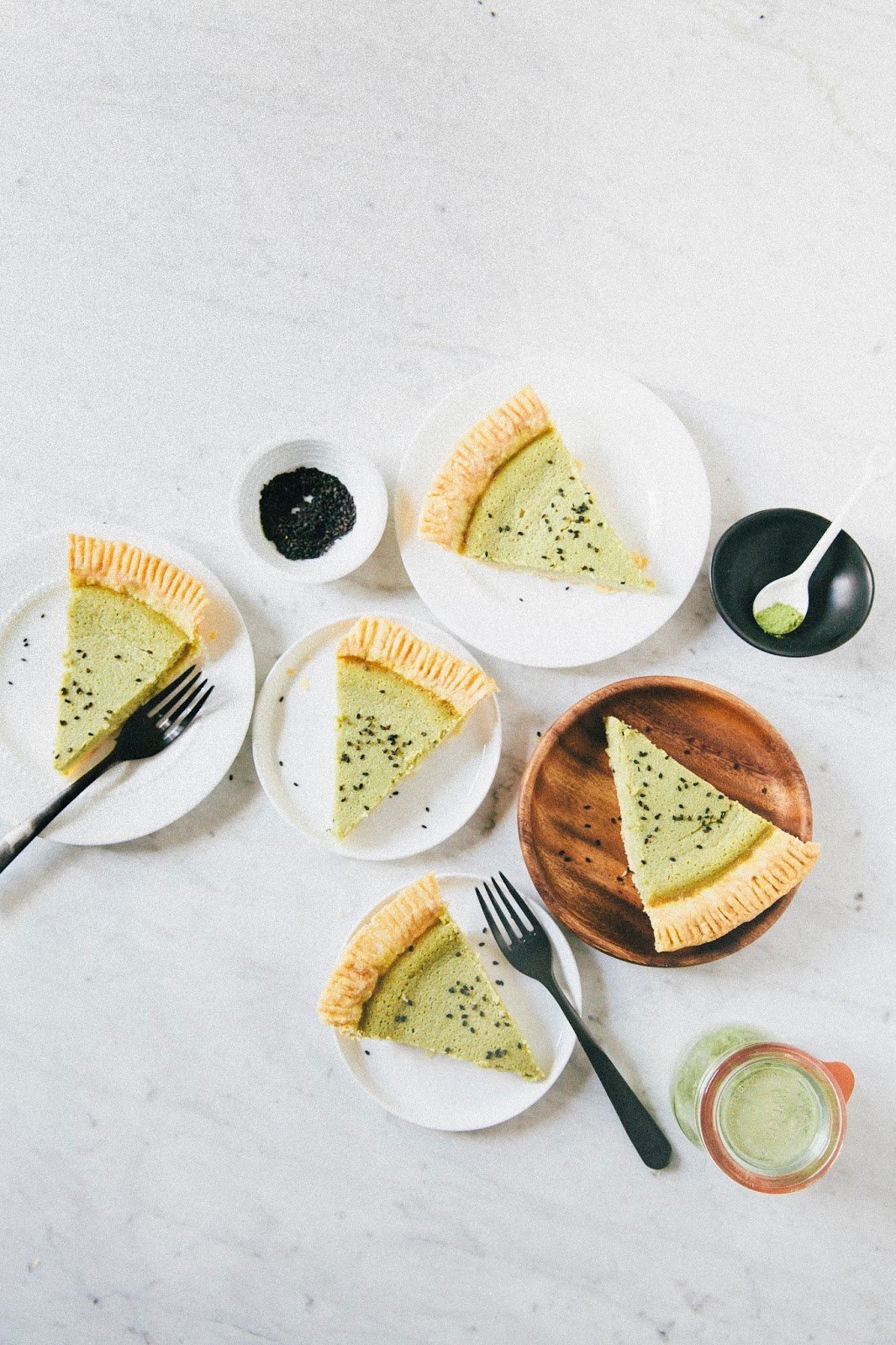 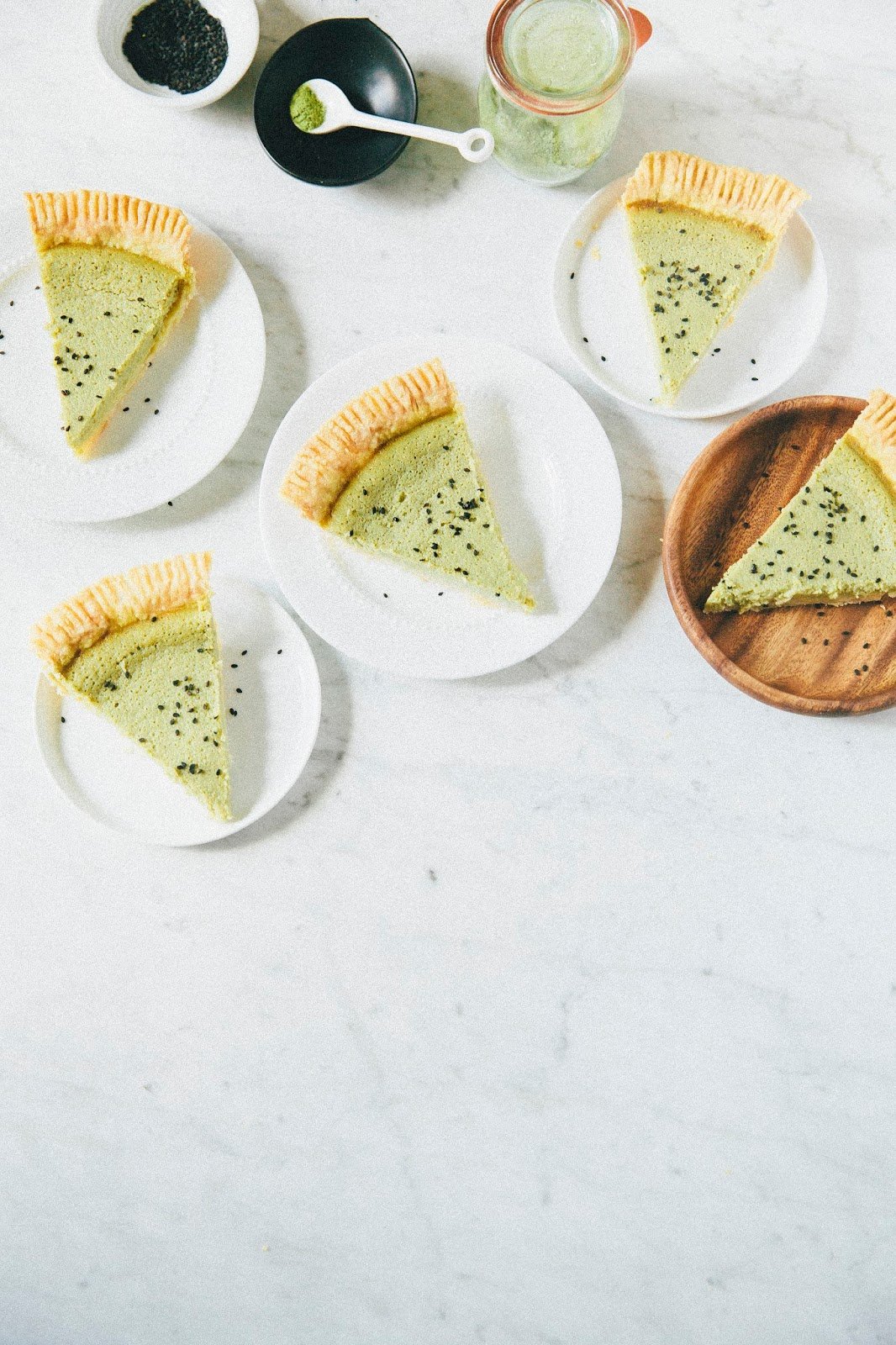 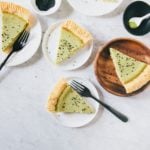 For the All-Butter Crust

For the Matcha Buttermilk Custard Filling

For the Matcha Buttermilk Chess Pie 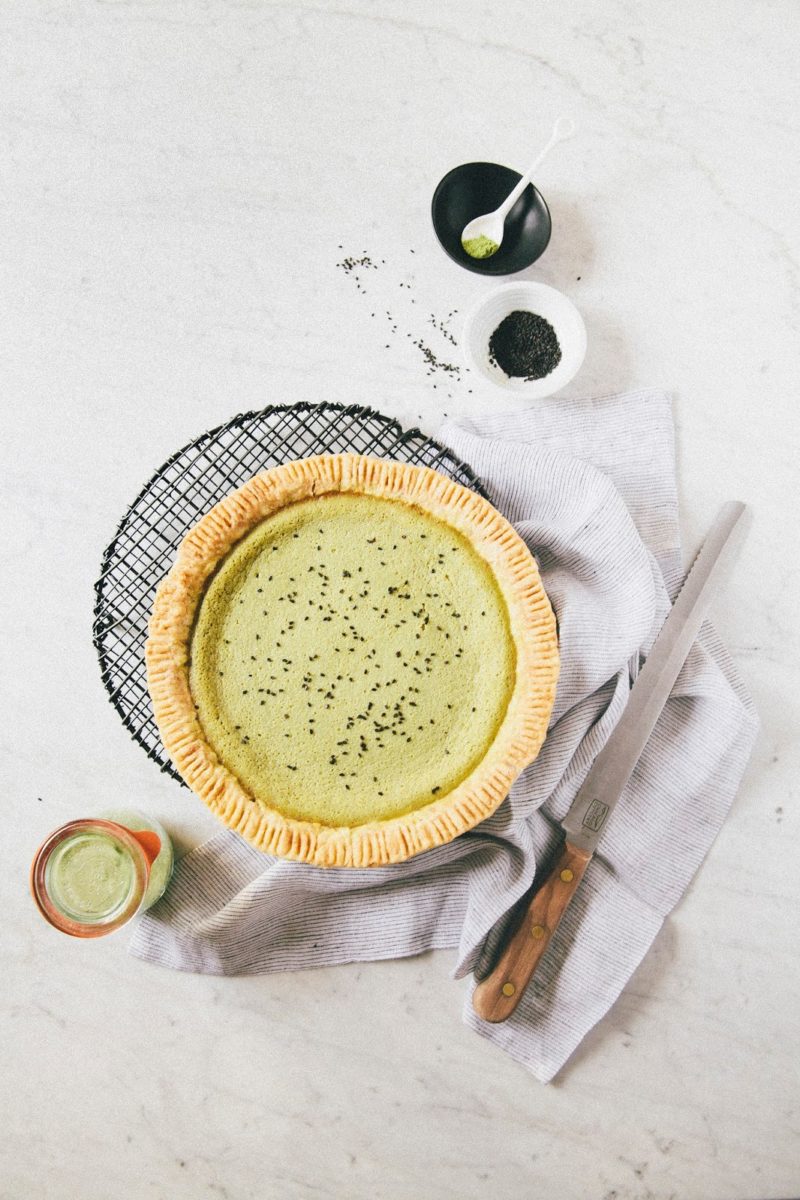