In case you missed it, Saveur Magazine recently announced that my blog is a finalist for the “Best Baking & Desserts Blog” award in the 2015 Saveur Blog Awards. I got the notification email from Saveur a few days before the news was made public the following Monday — it was around 9:30AM, and I […] 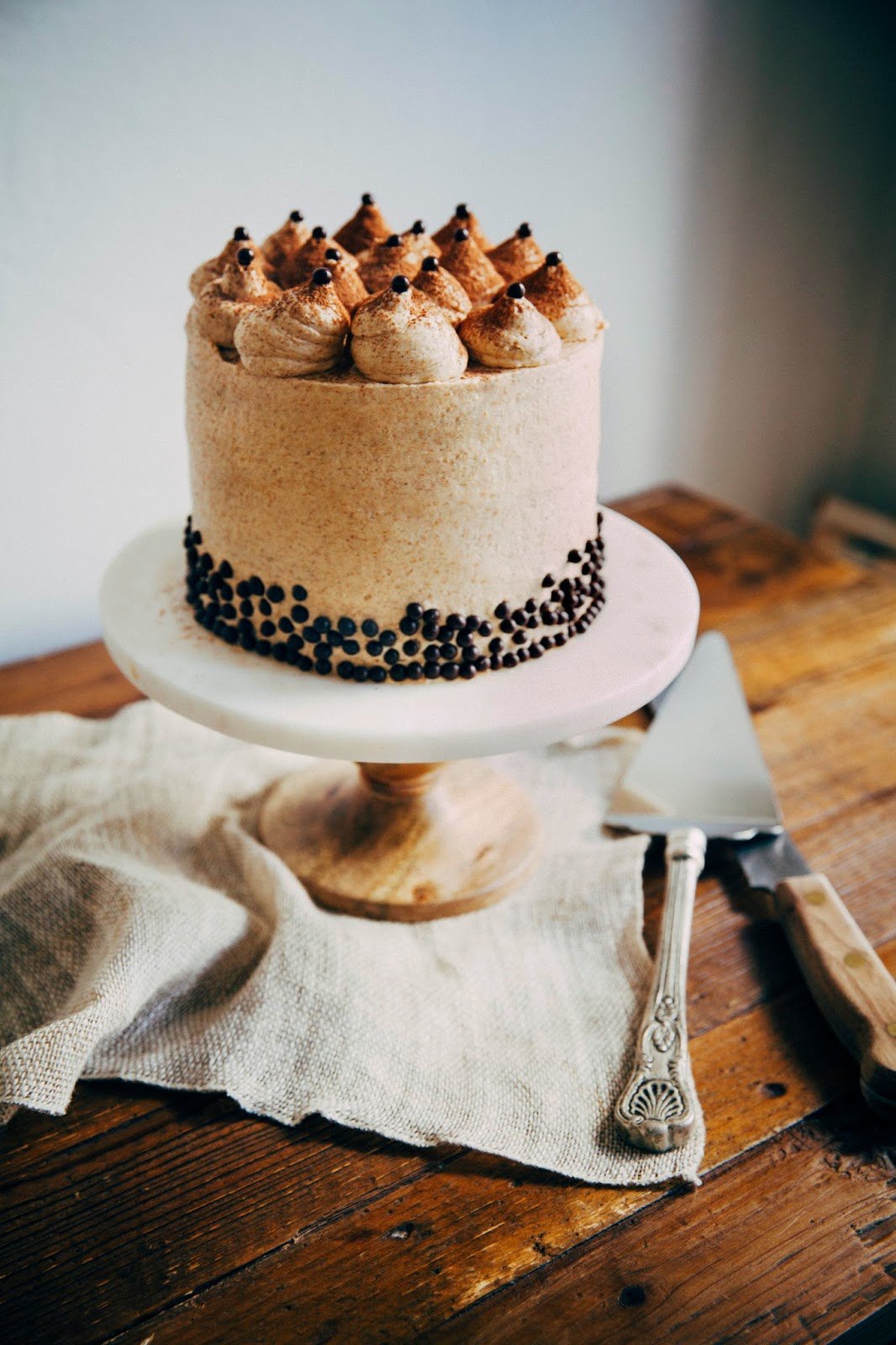 In case you missed it, Saveur Magazine recently announced that my blog is a finalist for the “Best Baking & Desserts Blog” award in the 2015 Saveur Blog Awards. I got the notification email from Saveur a few days before the news was made public the following Monday — it was around 9:30AM, and I was sitting in a meeting with my coworkers discussing the intern role we were hoping to fill, when my phone buzzed with a new email contaning the subject line:

You know how in movies sometimes, when somebody receives any kind of shocking news, everything else goes blurry… the lights fade, the sounds mute, and there’s a strange ringing sound in your ears? Well, that’s kinda what happened to me! I spent the rest of the meeting fighting the urge to grab my phone, run out the room, shriek and do several cartwheels down the hallway. When the meeting finally ended, I took a couple of deep breaths, shakily opened the email, did a little jig, and spent the rest of the day grinning like a maniac.

I wish I could have ended there, but something odd happened. Later in the day, as the glow of the news faded, I proceeded to go into a weird state of denial. I spent the rest of the weekend in a mild state of quiet panic, regretting telling the handful of people I’d told since I was somewhat convinced that the entire thing was a cruel joke or hoax. I only finally chilled the frig out when, on Monday, I officially saw my blog listed along with the other finalists. 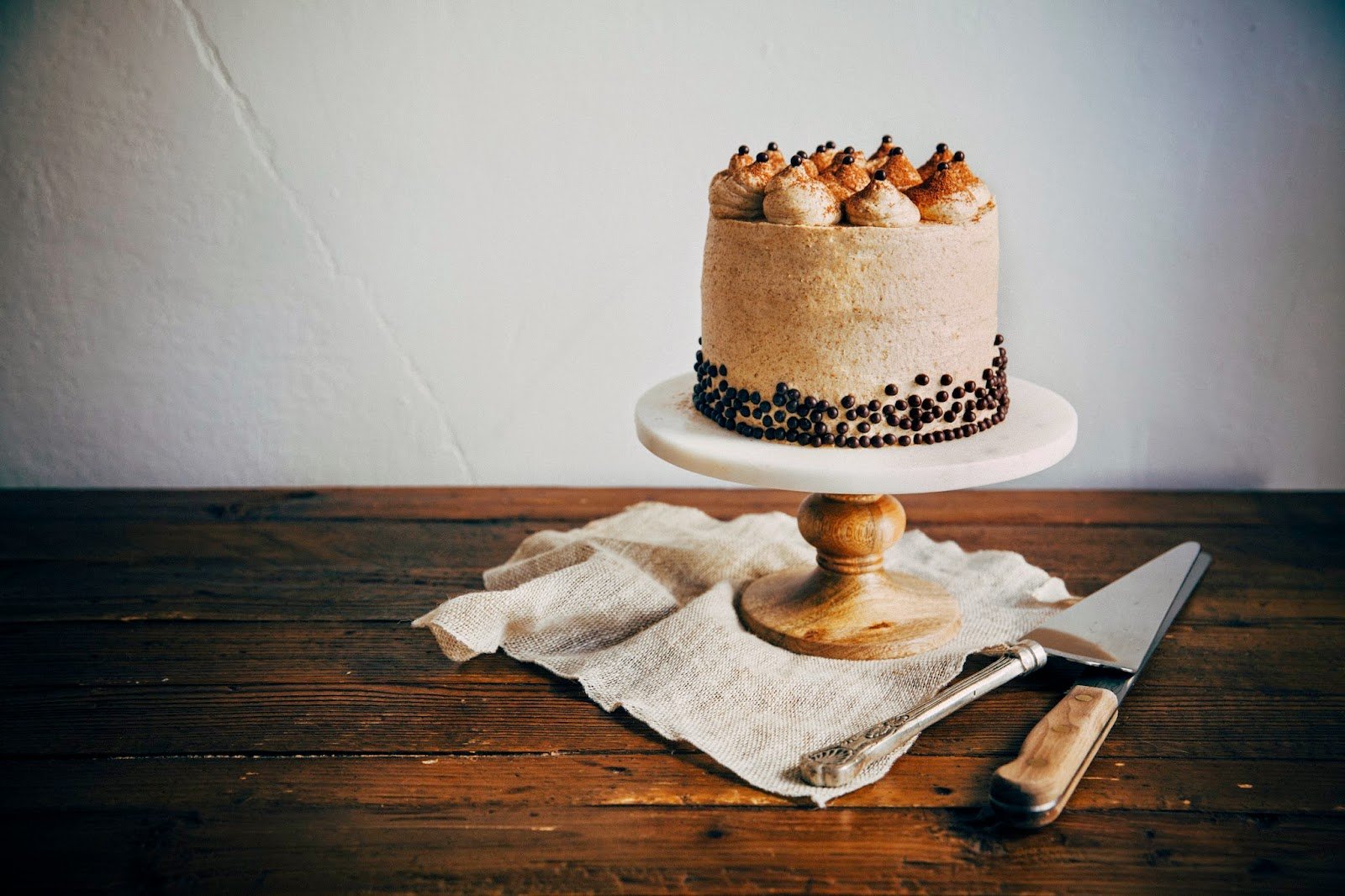 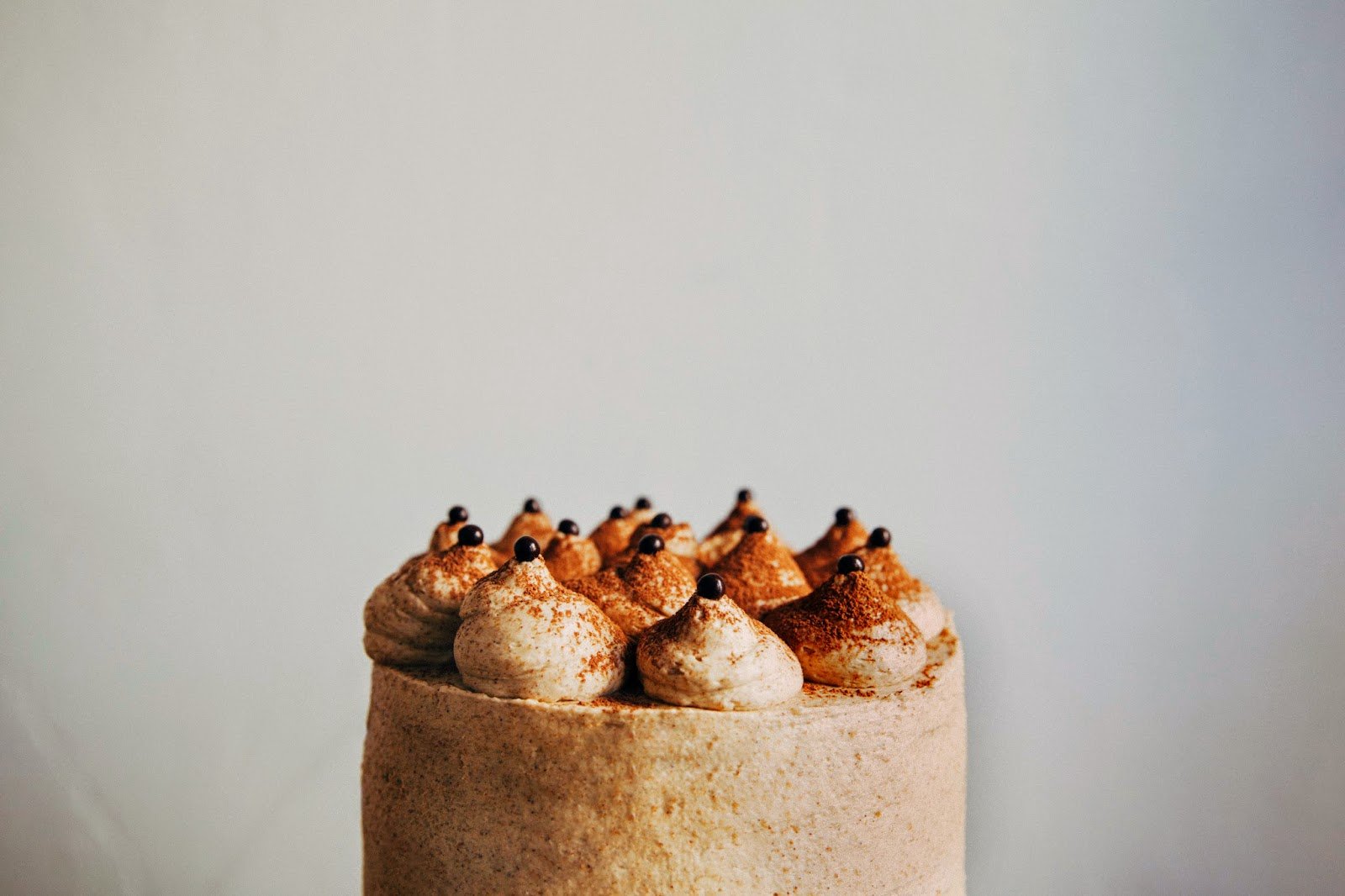 And if I sound absolutely crazy to you, it’s only because this nomination really, truly means the world to me. The Saveur Blog Awards are the equivalent of the Oscars in the food blogging world, and there’s really nothing like it — to have such a legitimate food magazine recognize the work that us bloggers do is an incredible honor. There’s even a big awards ceremony! It’s the one opportunity to finally meet all the folks and bloggers I’ve been following for years and years, all in one place, celebrating each others’ work.

This nomination is especially meaningful for me because, a few years ago, when I was first nominated in 2013 for the Best Baking & Desserts Blog Award, I wasn’t able to attend since the ceremony that year coincided with a rare family visit. I really, really regretted not being able to go — I felt like I had missed the opportunity of a lifetime, to say the least. I really didn’t think I would ever have the chance again, since it’s incredibly difficult to be re-nominated! So I cannot emphasize how grateful and thankful I am to have just made it to the finalists again this year (though of course, I wouldn’t mind if you took the time to vote for me in my category, winkwink). I can finally go to the ceremony!!! And of course, there’s no way I’m missing it this year, come hell or high water. Really. I think the only thing that could potentially stop me is a zombie apocalypse. (And gosh, I said really a bunch of times in that paragraph, didn’t I? Sorry.)

To officially celebrate making it to the finals, I whipped up this wonderful banana and chocolate crunch cake. I’ve been wanting to make a banana cake for some time now to get rid of the crazy stack of frozen black bananas in my freezer. The banana cake recipe is adapted from the Momofuku Milk Bar cookbook, whose recipe for banana cake is the best I’ve tried — the final product straddles the line between a banana bread and cake, maintaining all the fudgy denseness that I love from banana bread but light enough to be able to eat and layer with a generous amount of frosting. To make it a little extra special, I decked the top of each cake with a generous amount of Valrhona chocolate crunch pearls (literally rice puffs covered in Valrhona chocolate), which gave the cakes the texture of a Nestle Crunch bar. 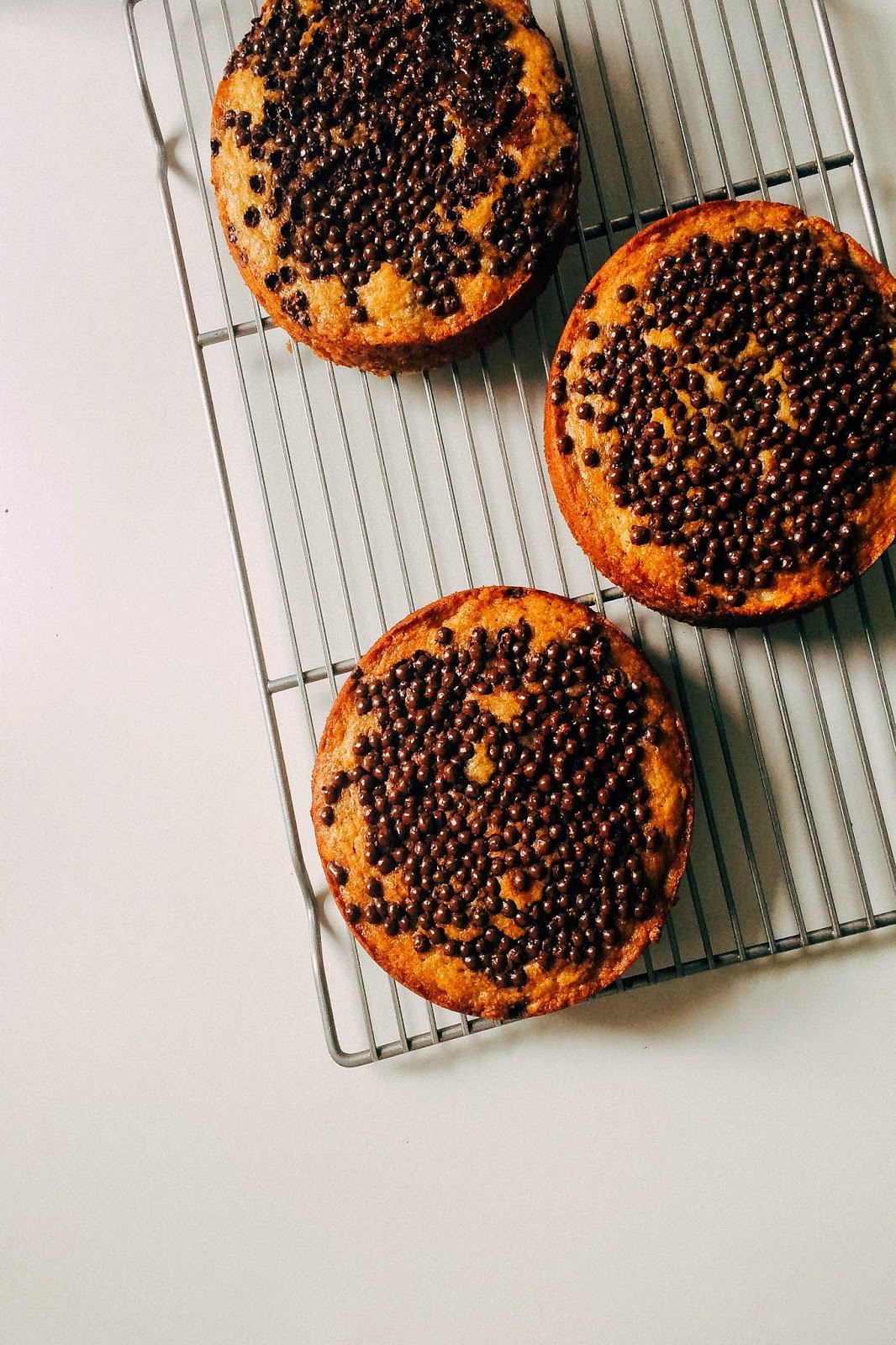 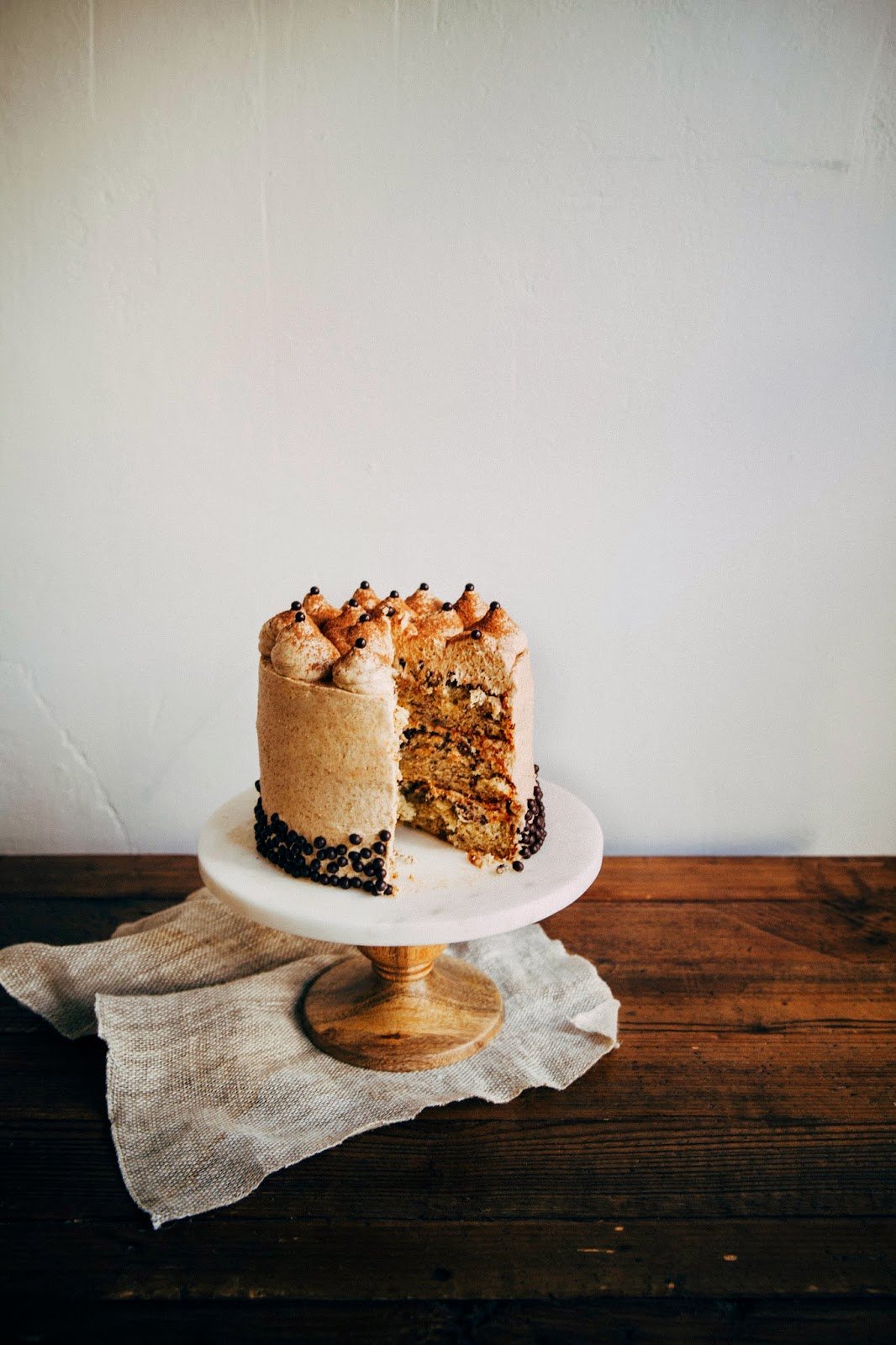 As for the frosting… can we talk about this frosting??? Because it’s graham cracker frosting. It turns out that if you mix together any kind of cookie crumbs with a generous portion of milk, you can basically make cookie butter of your choice. You know, like Biscoff or Speculoos spread??? Imagine the world of possibilities though: cookie butter made from Oreos, chocolate and mint Milanos, those schoolboy cookies, and MORE. And you know what happens when you mix said cookie butter with some unsalted butter and a touch of sugar? You get cookie butter frosting. It’s amazing. In this case, I thought honey graham crackers would work best with the banana and chocolate cake. So yep, this is a banana and chocolate crunch cake slathered in graham cracker butter frosting. Oooh, baby, baby.

And again, thank you to everybody who took the time to nominate me. This cake is for you. And even if you didn’t, please take the time to check out all the wonderful bloggers who were also shortlisted. It’s an incredibly, incredibly talented and creative bunch and I’m honored to be a part of the ranks. 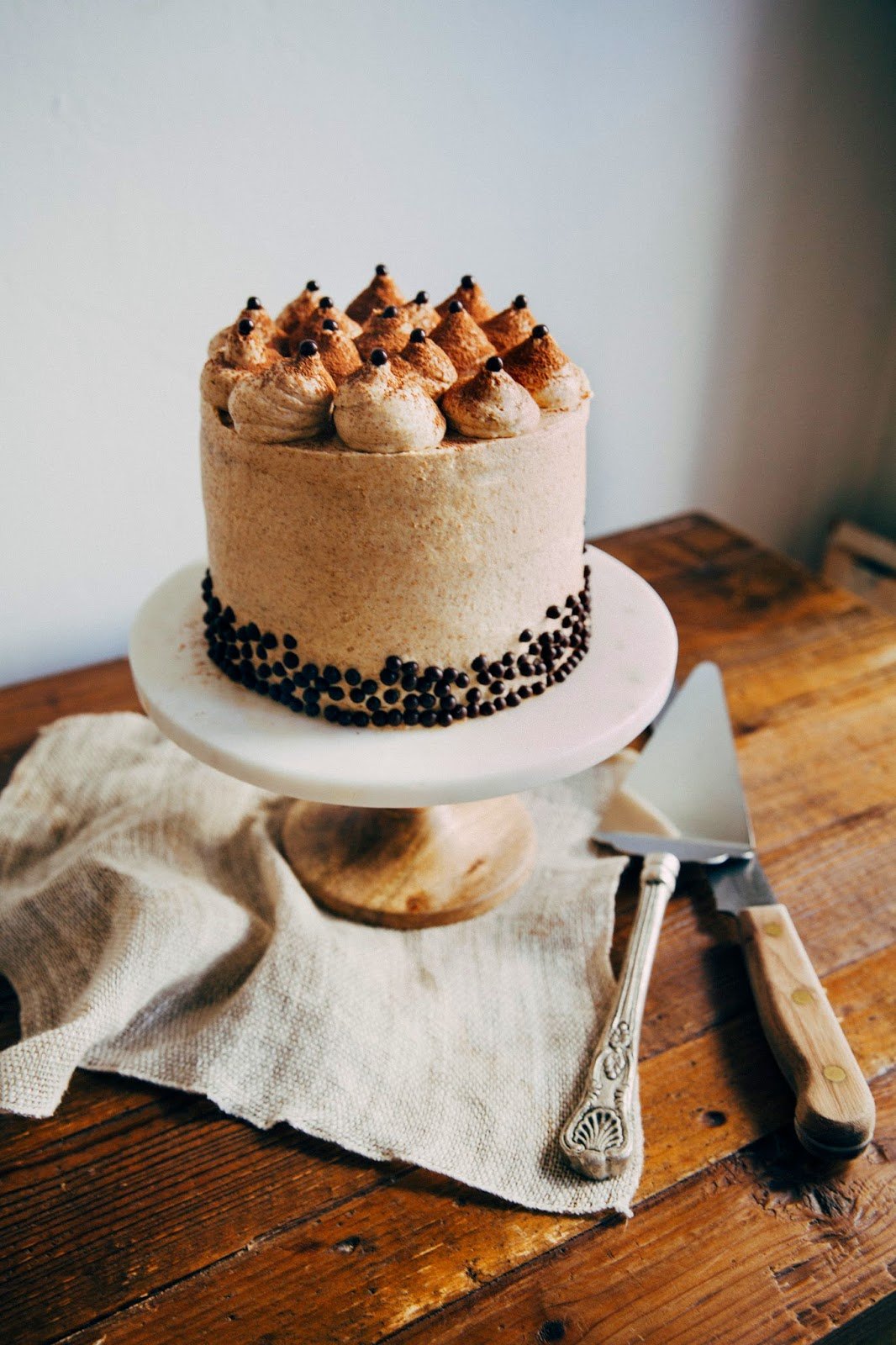 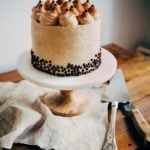 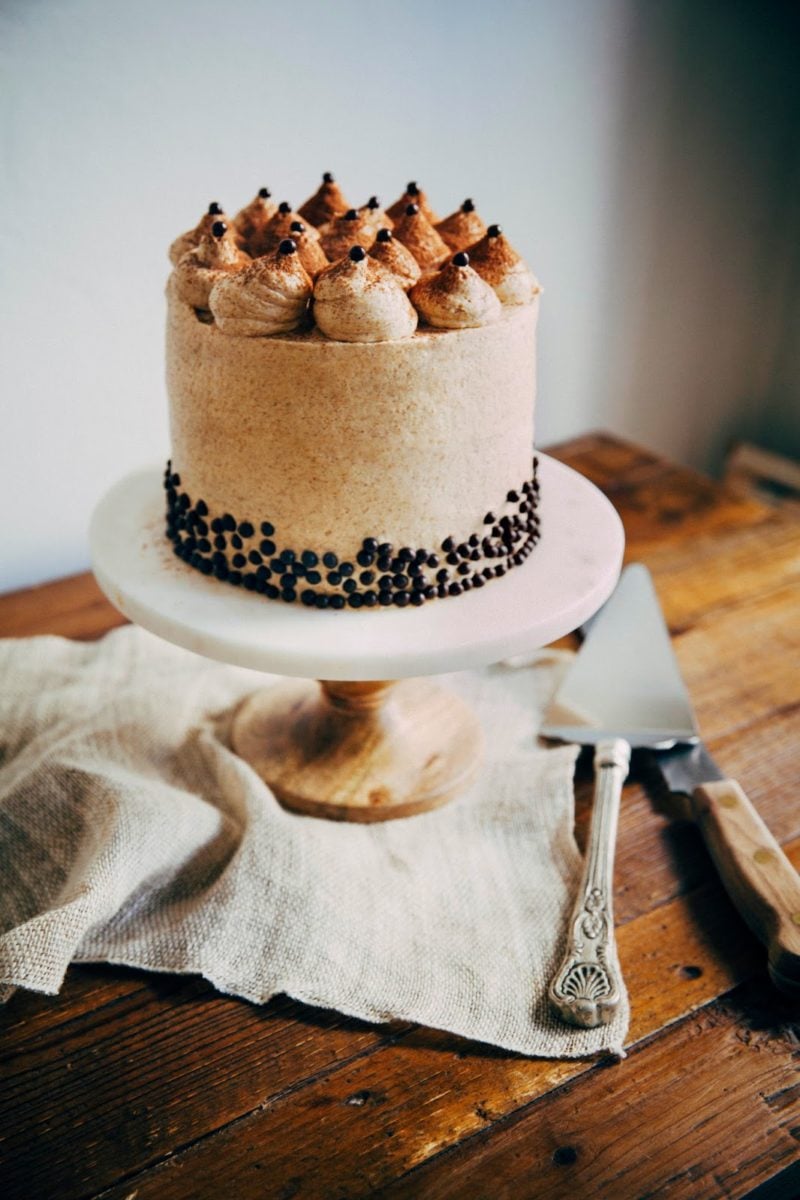 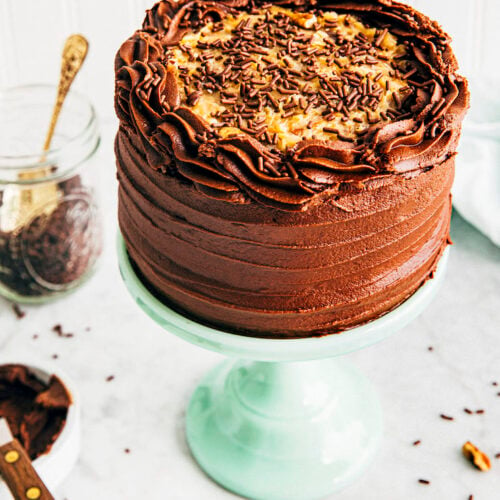