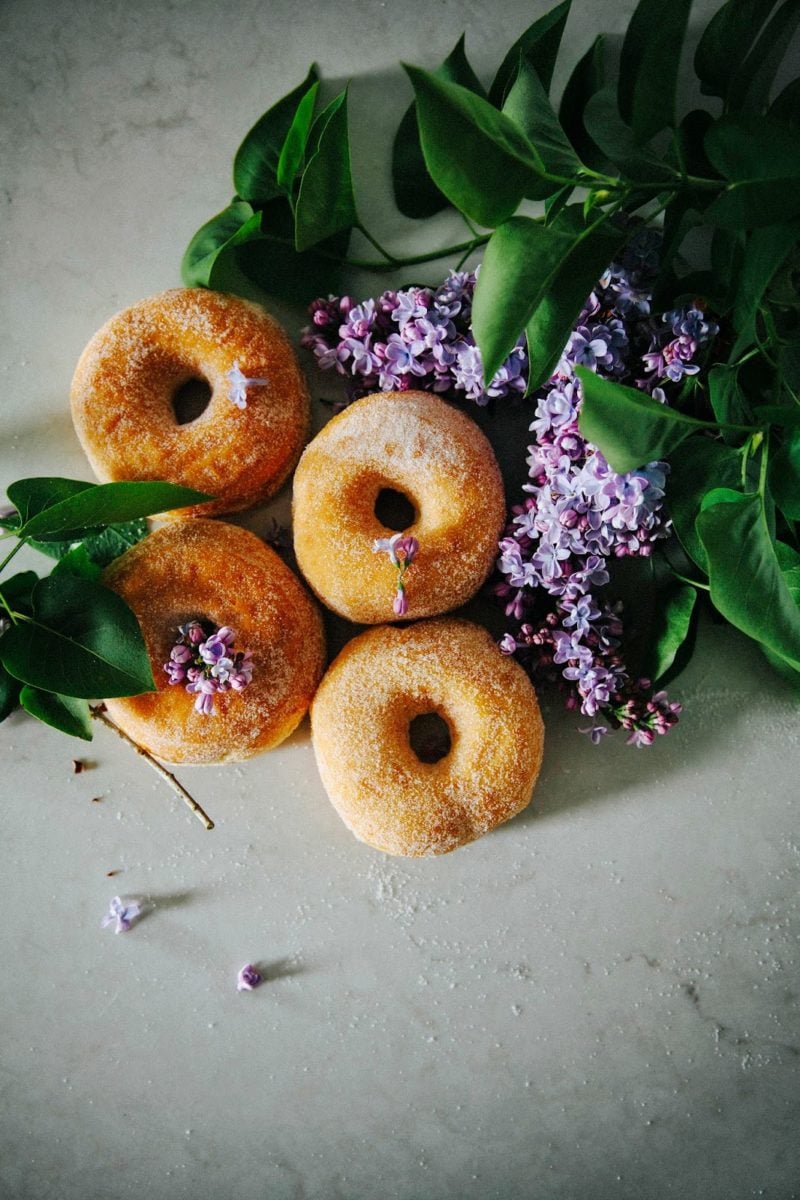 Hey guys, I know you’re probably sick of hearing me say this (and I promise I’ll stop soon), but Hummingbird High is a finalist for the Best Baking & Desserts Blog Award in Saveur Magazine’s 2015 Blog Awards! There’s only a few days left to vote, and I would really appreciate it if you took […] 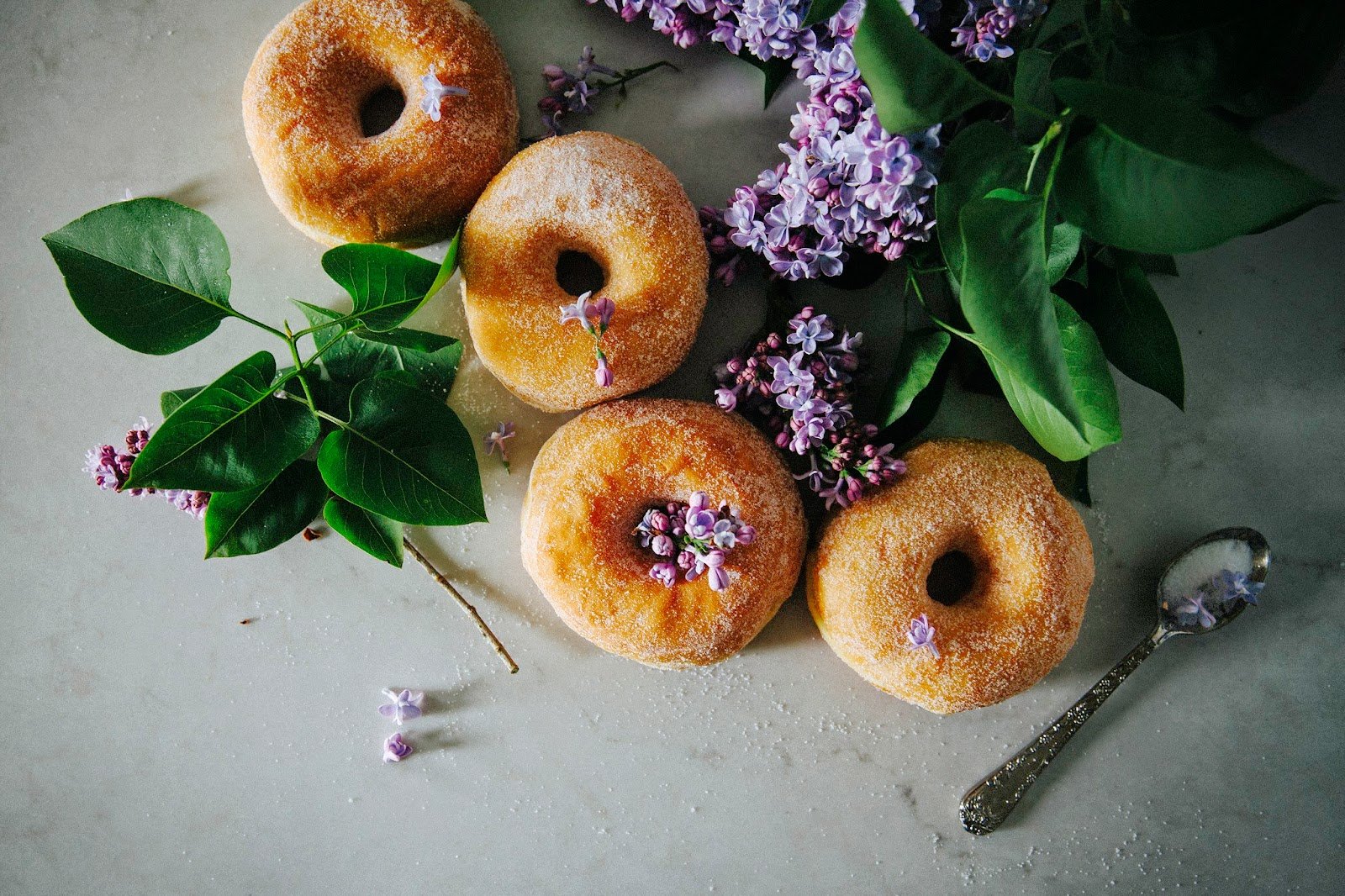 Hey guys, I know you’re probably sick of hearing me say this (and I promise I’ll stop soon), but Hummingbird High is a finalist for the Best Baking & Desserts Blog Award in Saveur Magazine’s 2015 Blog Awards! There’s only a few days left to vote, and I would really appreciate it if you took the time to vote for my blog.

To vote for Hummingbird High, head on over to Saveur Blog Awards!

And now on to these donuts!

Whoever invents a camera that can capture smells will be a billionaire one day. Think of how different our world would be if our iPhones and laptops emitted smell. Because as much as I love taking photos of food, I sometimes think that the photos do a disservice to the dish at hand. Sure, it looks tasty, but that’s just one component, right? Because what about the way the food smells? To me, there is nothing more comforting than walking into a house and finding it filled with the smell of something baking in the oven or cooking in the stovetop. For me, smells are more powerful than these photos could ever be — they can make me lose or gain an appetite immediately, or transport me back to a different time or place.

These donuts, for instance, were inspired by a smell. Specifically, the smell of my backyard in in the early spring at night time, after the rain. I know that sounds cheesy as hell, but humor me for one second here. My neighbors to the east have a beautiful garden — come spring, the trees that divide our property burst into bloom, flowering lilac flowers that fill the air with their sweet, floral scent that intensifies as the sun sets. Erlend and I leave the back window open, hoping that the fragrance will waft inside the house, but it never does. It’s almost like the flowers know how special they are, how much delight they add to our lives, and are saying: Bitch, please. We’re not gonna be around that much longer — stop wasting your time inside doing whatever the hell you’re doing and come appreciate me.

I say that jokingly, but Portland is changing every year, especially with new folks moving in every year and old properties like my house and the ones that surround it being torn down every day. There’s a good chance that those ancient lilac trees will be gone within the next 20 years, and that magical smell of blooming flowers intermingling with the wet, mossy wood from my deck will be lost and gone forever. And I know that, several years down the road, when I no longer live in this house or even in this city, the smell of lilacs will always remind me of this house. 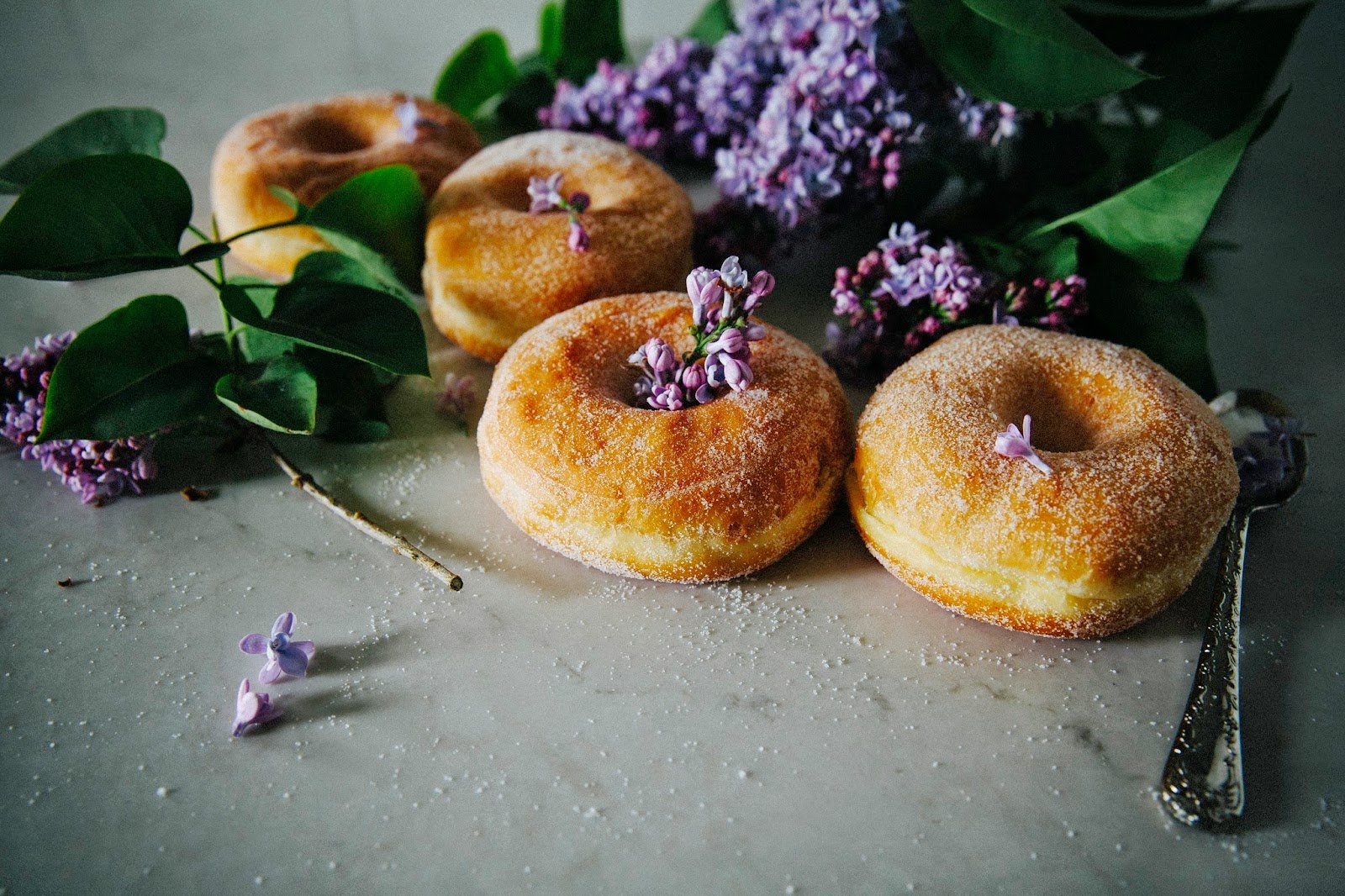 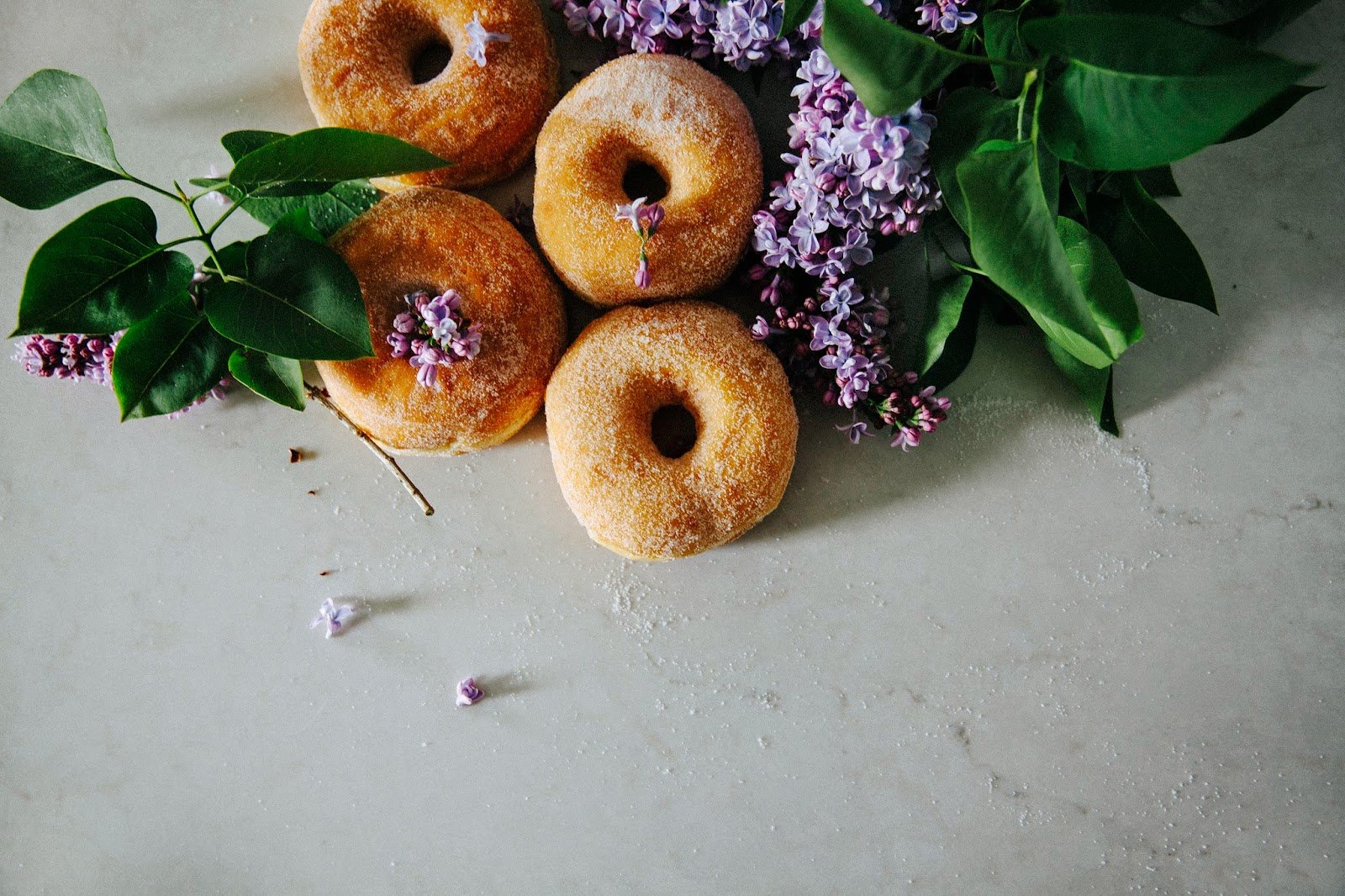 Which brings us to this recipe. This is my ambitious attempt to preserve some of that magic in a baked good. The donuts are adapted from my default donut recipe, which is made with the brioche dough from The New Artisan Bread in Five Minutes A Day, a cookbook that enables bakers to beautiful, delicious bread with hardly any work. Fresh from the fryer, I then tossed each donut in a generous bowl filled with homemade lilac sugar made with flowers from the neighbors’ garden. The lilac scent in the sugar was subtle and almost ephemeral — it was almost lost in the brioche donuts’ chewy, buttery goodness — but anything more intense would have been too perfumey. 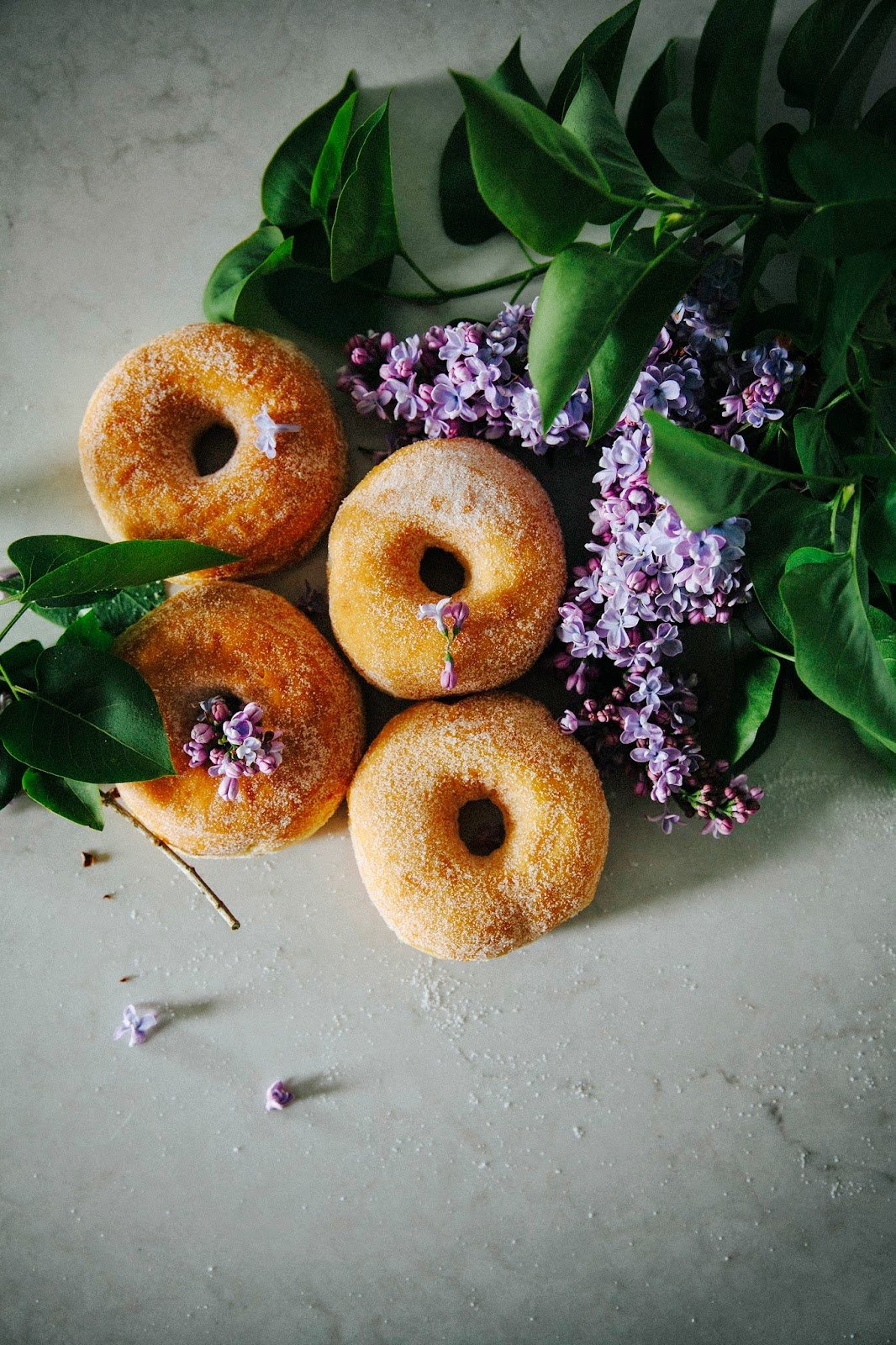 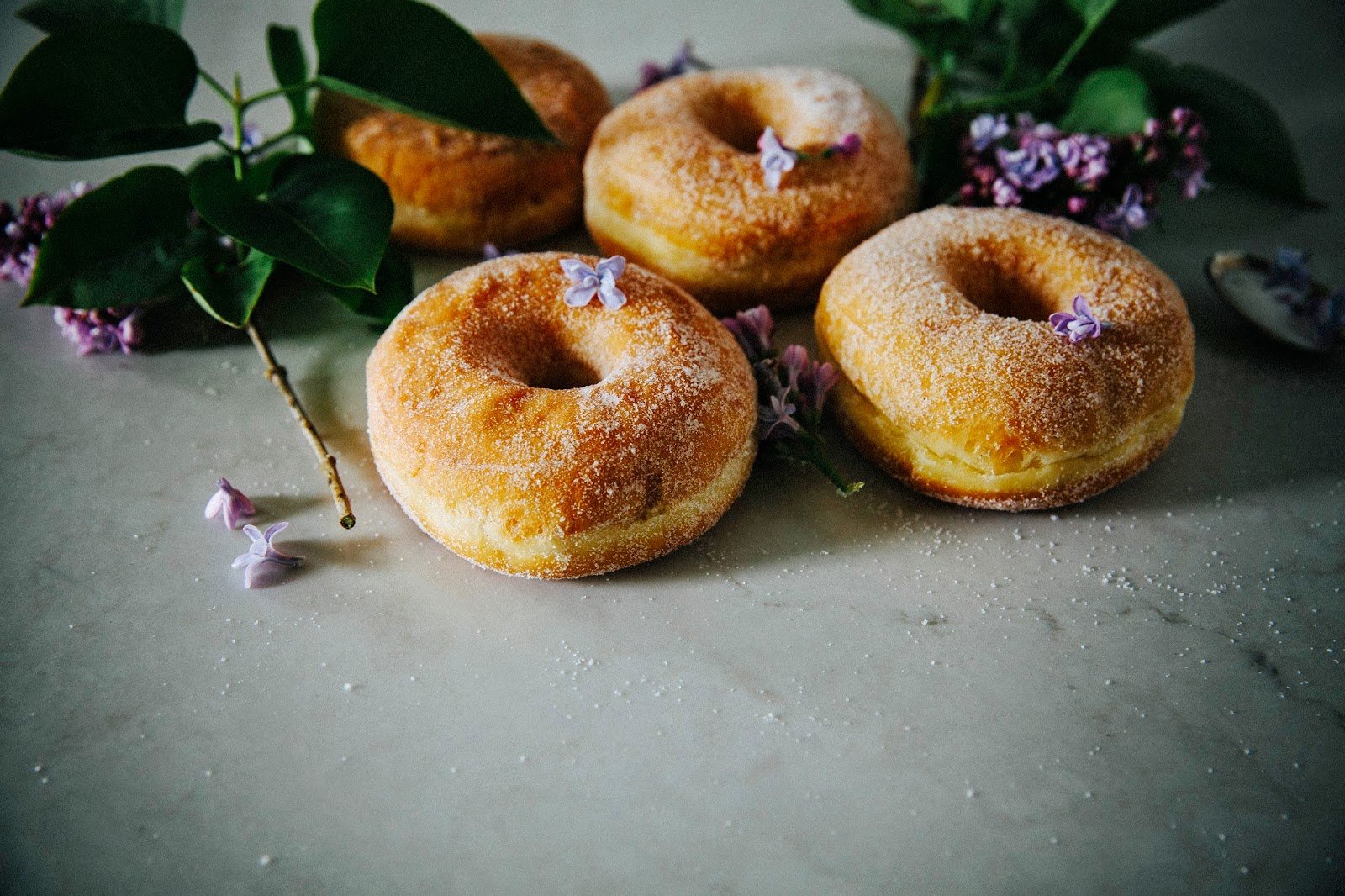 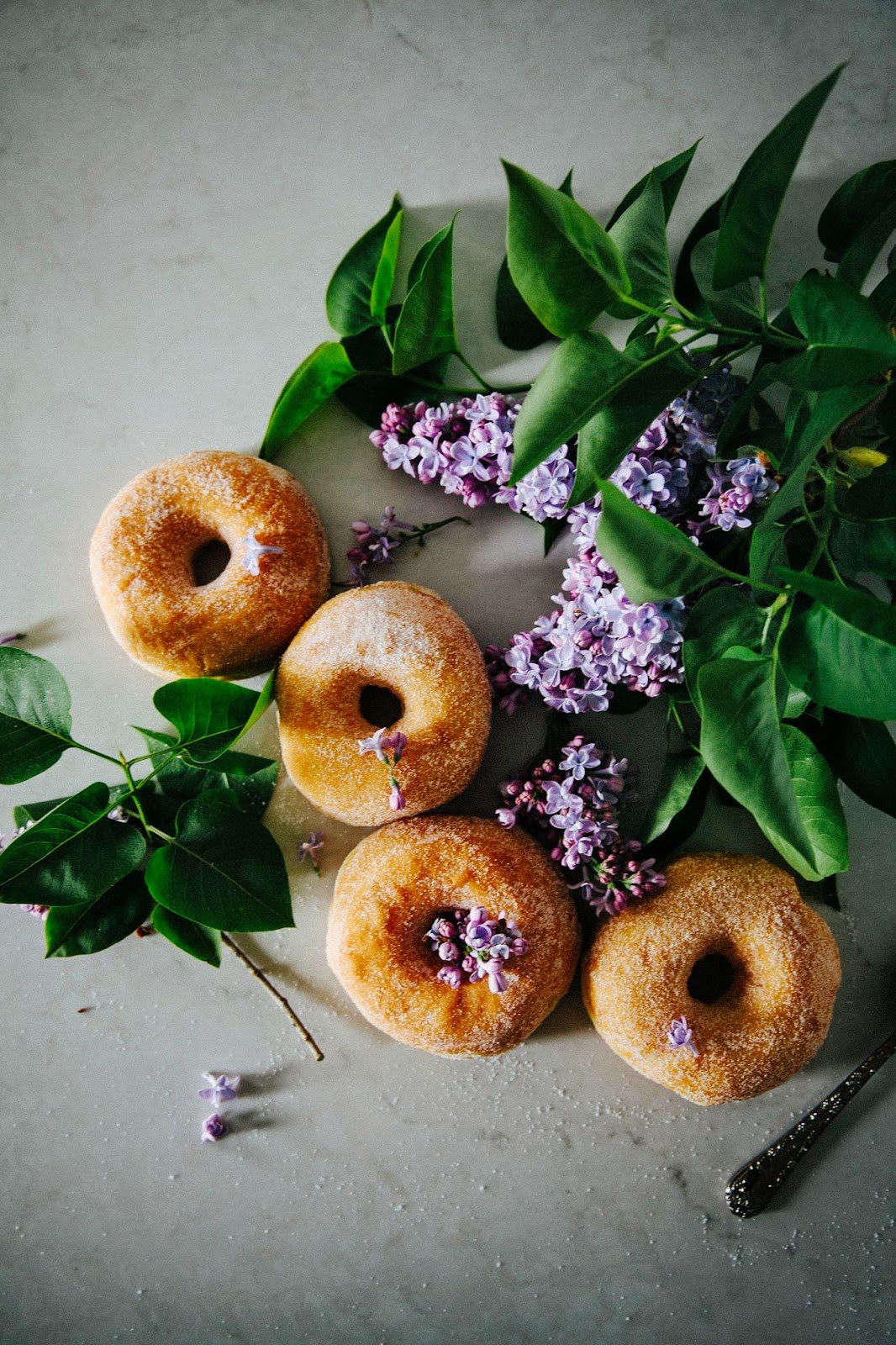 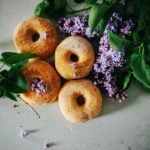 For the Brioche Donut Dough

To Make the Lilac Sugar Donuts

Adapted from Call Me Cupcake and The New Artisan Bread