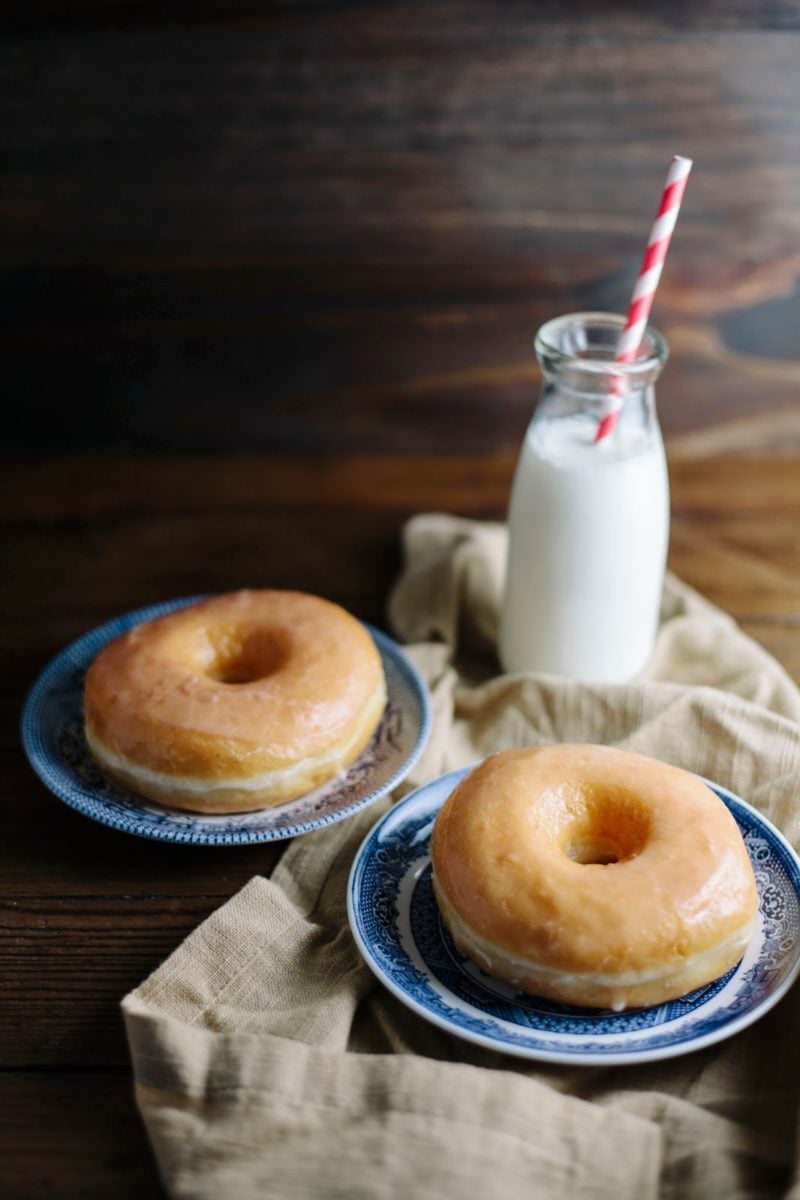 So I think I’ve bitten off more than I can chew. I’ve never been a spontaneous person. Take my blog, for instance. Every Wednesdays and Saturdays, I post. Essentially, what I have is an editorial calendar. For a blog. I know it sounds ridiculous, but I’ve never been the sort of person to get […] 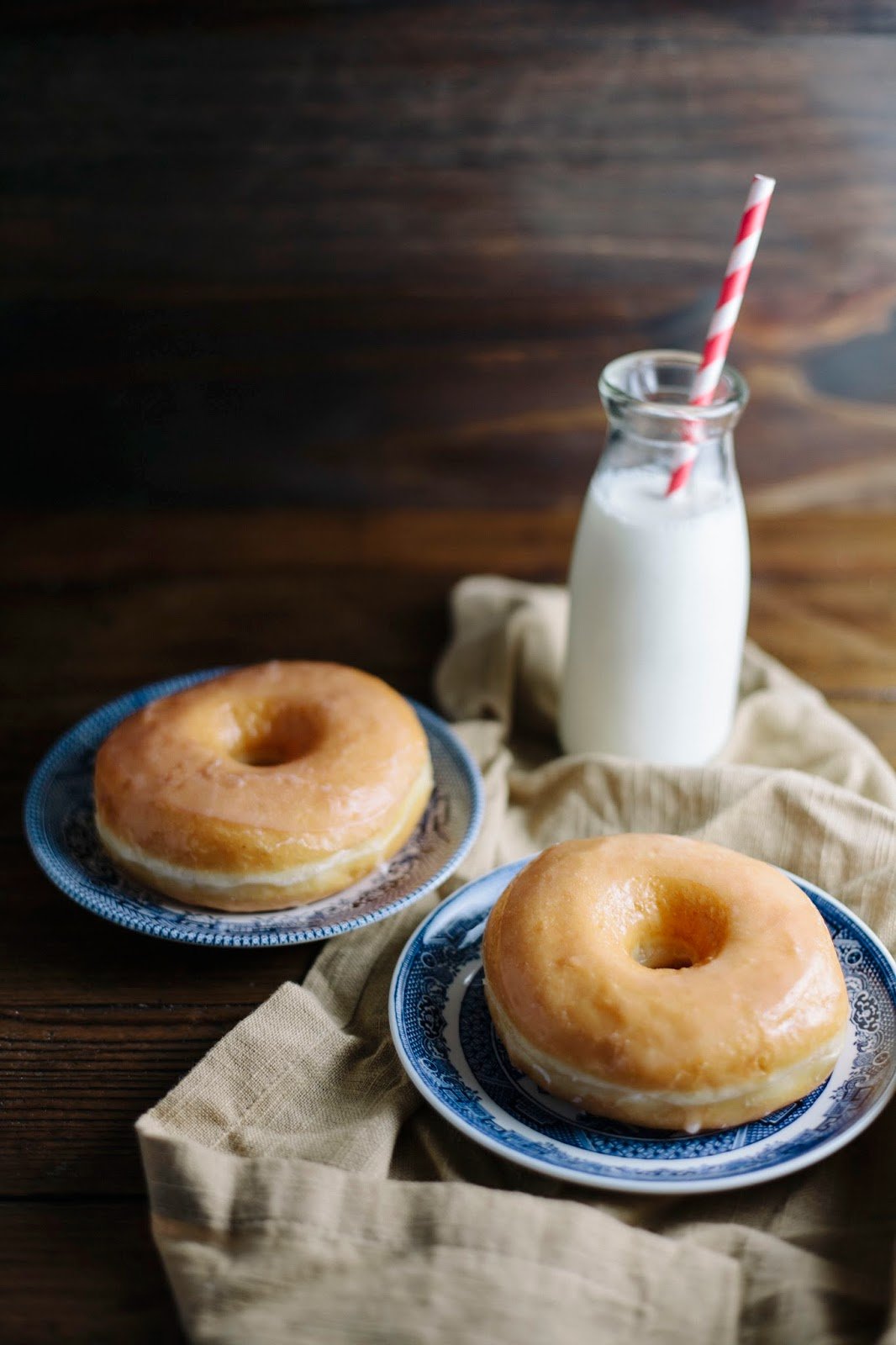 So I think I’ve bitten off more than I can chew.

I’ve never been a spontaneous person. Take my blog, for instance. Every Wednesdays and Saturdays, I post. Essentially, what I have is an editorial calendar. For a blog. I know it sounds ridiculous, but I’ve never been the sort of person to get up in the morning and think, “Wow, today is the day I’m going to whip up a batch of eclairs!” Because I know the truth — I need to plan ahead in advance since eclairs take time, something that I’m almost always short of these days.

I know that having an editorial calendar is not the sexiest way to describe blogging, especially considering that a big part of why I get hooked on other bloggers — whether they be food, fashion, or home-improvement bloggers — is because I’m incredibly charmed by the sort of life they are leading. There’s a lot of vicariously living through others going on when I scroll through my RSS reader. I mean, let’s talk about Manger. That damn blog! A drop dead gorgeous woman living in the French countryside, foraging for mushrooms and shopping at the local cheese shop with her kids and pups? Hooked. Or Nat the Fat Rat (erm, I guess she goes by Hey Natalie Jean these days) with her baby named Huck (oh my goodness the cute level here is like all the way up), perfect wardrobe and ability to pull off a wide brimmed hat? Why isn’t this my life? Why can’t that be me?!! Everything they do seems so picturesque and charmed, whereas I’m sitting here with a Google calendar assaulting me with iPhone reminders that I need to bake, photograph and write this and that. 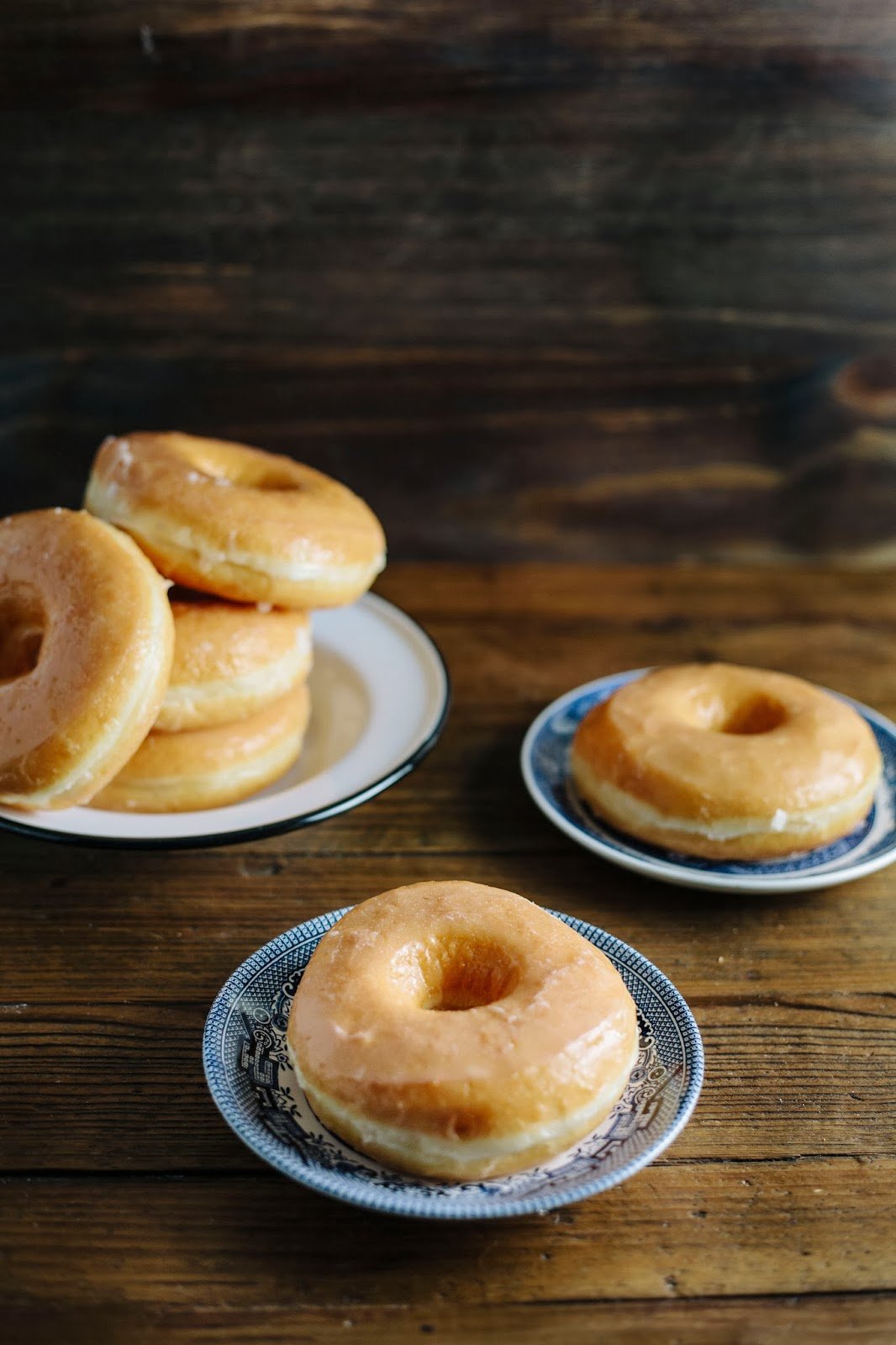 To be fair, if I saw my blog as a third-party, objective outside viewer, I’d be somewhat impressed. It’s no French countryside or New York City skyscape, but I’d still think that I lived a pretty freakin’ charmed life full of sugar, reclaimed wood tables and vintage tableware. Mmm. How far from the truth that actually is.

Beautiful props aside, ever since getting back from my Eurotrip, I feel like I haven’t really re-found my step. I’ve been having difficulty juggling my social life, exercising, and creating content for this blog. My friend Sze Wa and I are also currently working on a holiday project (more details coming soon, I promise) that has essentially increased my baking/writing/photographing workload by tenfold. I haven’t kept a regular exercise schedule since I’ve been back and I haven’t seen my friends in what feels like weeks. Monday to Friday is filled with me grinding away at a messy and apparently exec-level problem at work, only to end with an exhaustive baking marathon each weekend as I try to keep up with the holiday project and regular content for this blog.

There are a few bits and pieces that have helped. For instance, a few weeks ago, a publisher contacted me to ask if I wanted a review copy of Jeff Hertzberg and Zoe Francois’s revised classic, Artisan Bread in 5 Minutes A Day. Would I be interested?

Heck yeah! I’ve been a big fan of Zoe’s blog, Zoe Bakes, for some time now. Additionally, fresh bread is one of those things that I love, love, love, but rarely ever make because I’ve always thought that bread making was a very time consuming and involved process. But this book takes a bit of an unconventional approach. Each recipe in the book creates a large batch of dough that you can store in the fridge and break pieces of to bake whenever you want fresh bread… almost like those tubes of cookie dough that you can buy in the supermarket that I’m crazy addicted to. Jeff and Zoe’s secret is that each recipe creates a very wet dough that keeps up for 2 weeks in the refrigerator. The high moisture content of the dough allows you to store it for longer periods of time and develop a sourdough flavor as it keeps.

What’s even better is that most of their recipes are no knead, which means I barely had to do any work for these donuts: 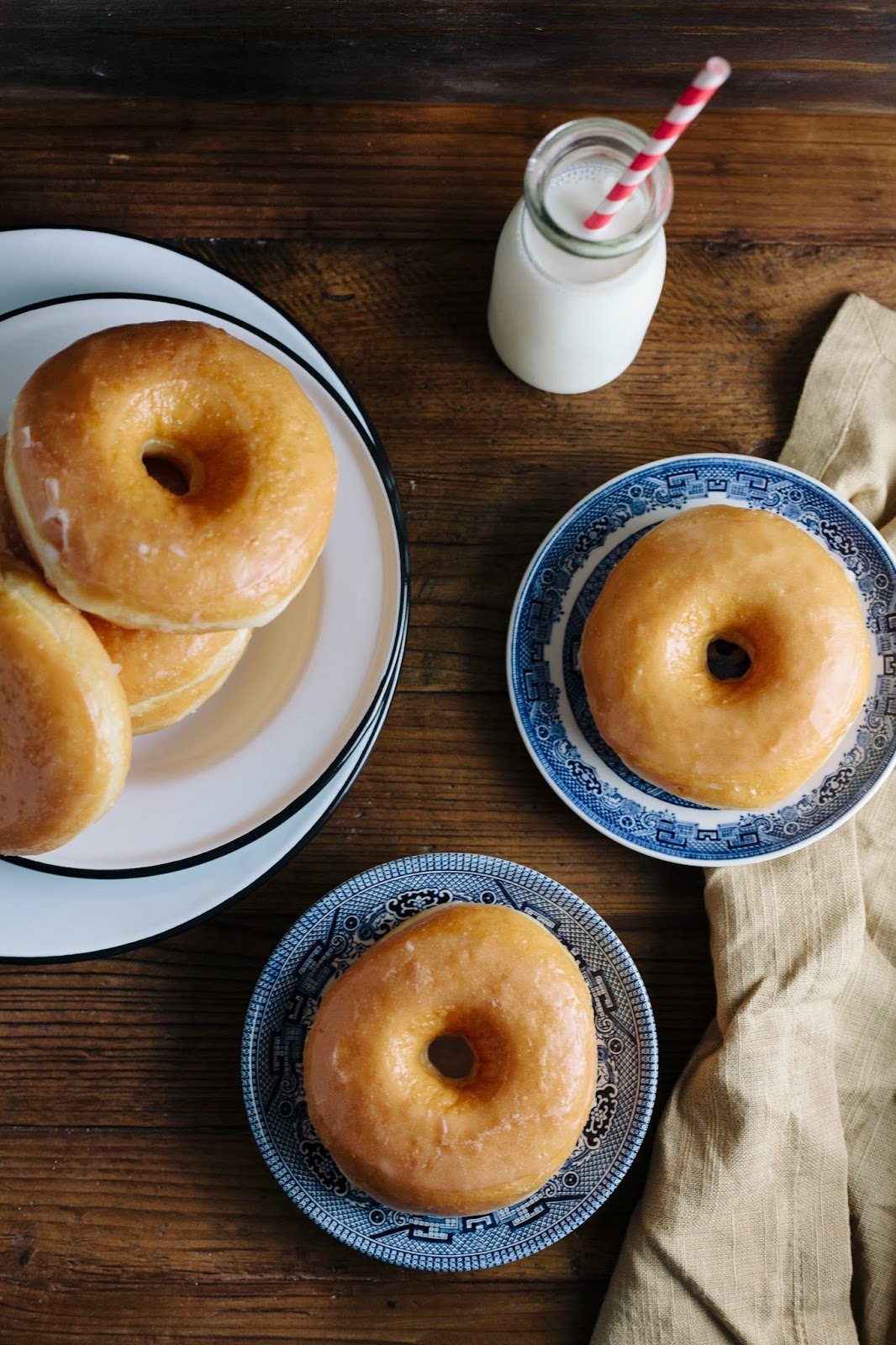 This recipe for donuts is based off their recipe for brioche in the cookbook. Although the recipe in the cookbook instructs you to shape the brioche in a loaf pan, I instead used a donut cutter to shape the dough into donuts and fried them up instead of baking. All in all, I think it only took about 10 minutes to make the dough itself, and then another 20 or so to fry up the donuts. It definitely helped me save some precious time and wasn’t as time consuming as the recipe for yeasted donuts that I’d previously tried.

As for the taste, the brioche is subtly flavored with honey, and produces a wonderful, buttery crumb when fried in a cast iron skillet. It’s everything a donut should be — light, fluffy and airy. To enhance the donut’s honey flavor, I dunked each donut in a bowl of honey glaze, which really brought out the honey flavor in the brioche’s crumb. Although the recipe produces about enough dough for three dozen sets of donuts, you can divide the dough into several portions and freeze it for up to two weeks. That way, you can have donuts almost every day for the next few weeks! 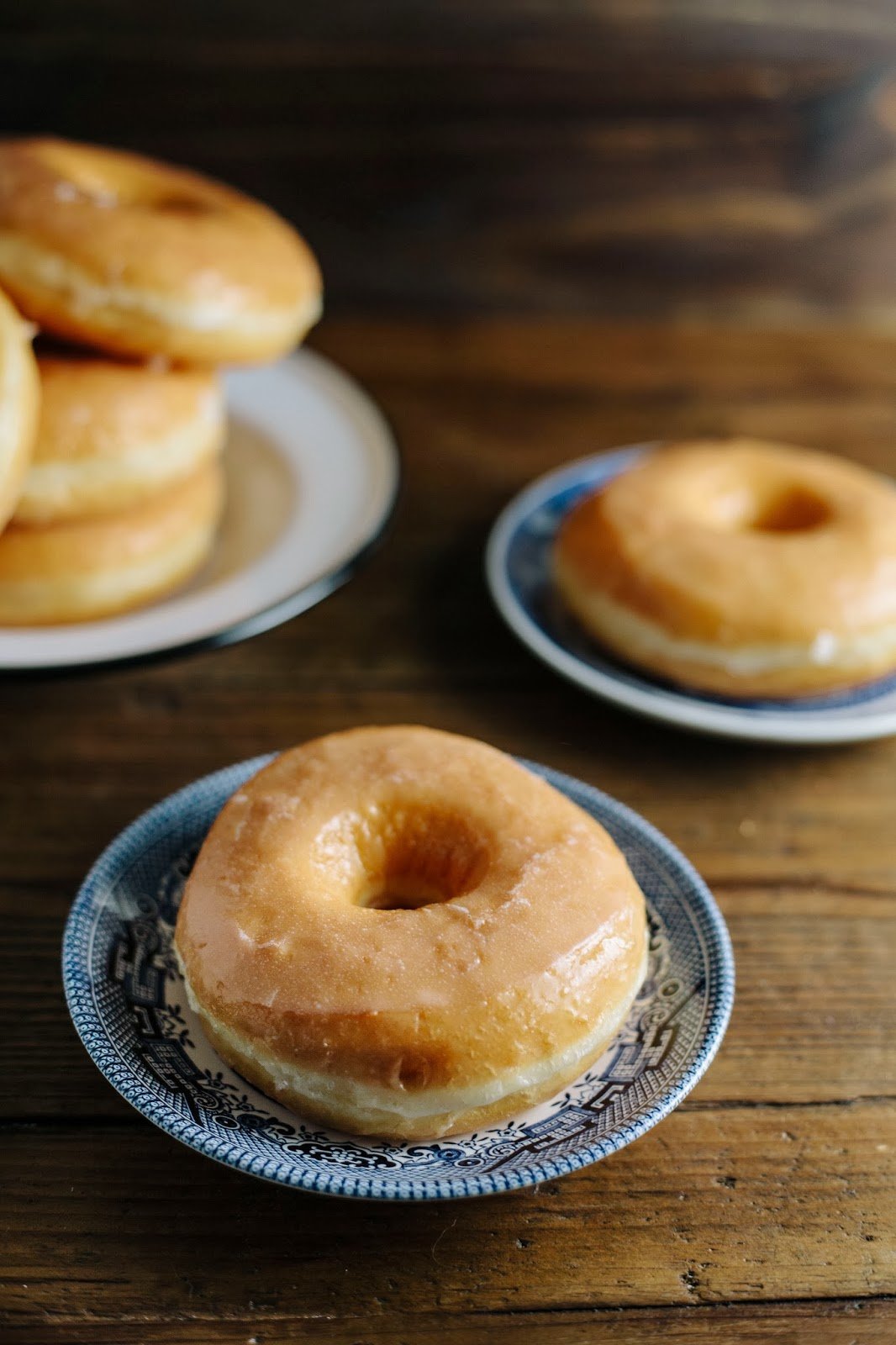 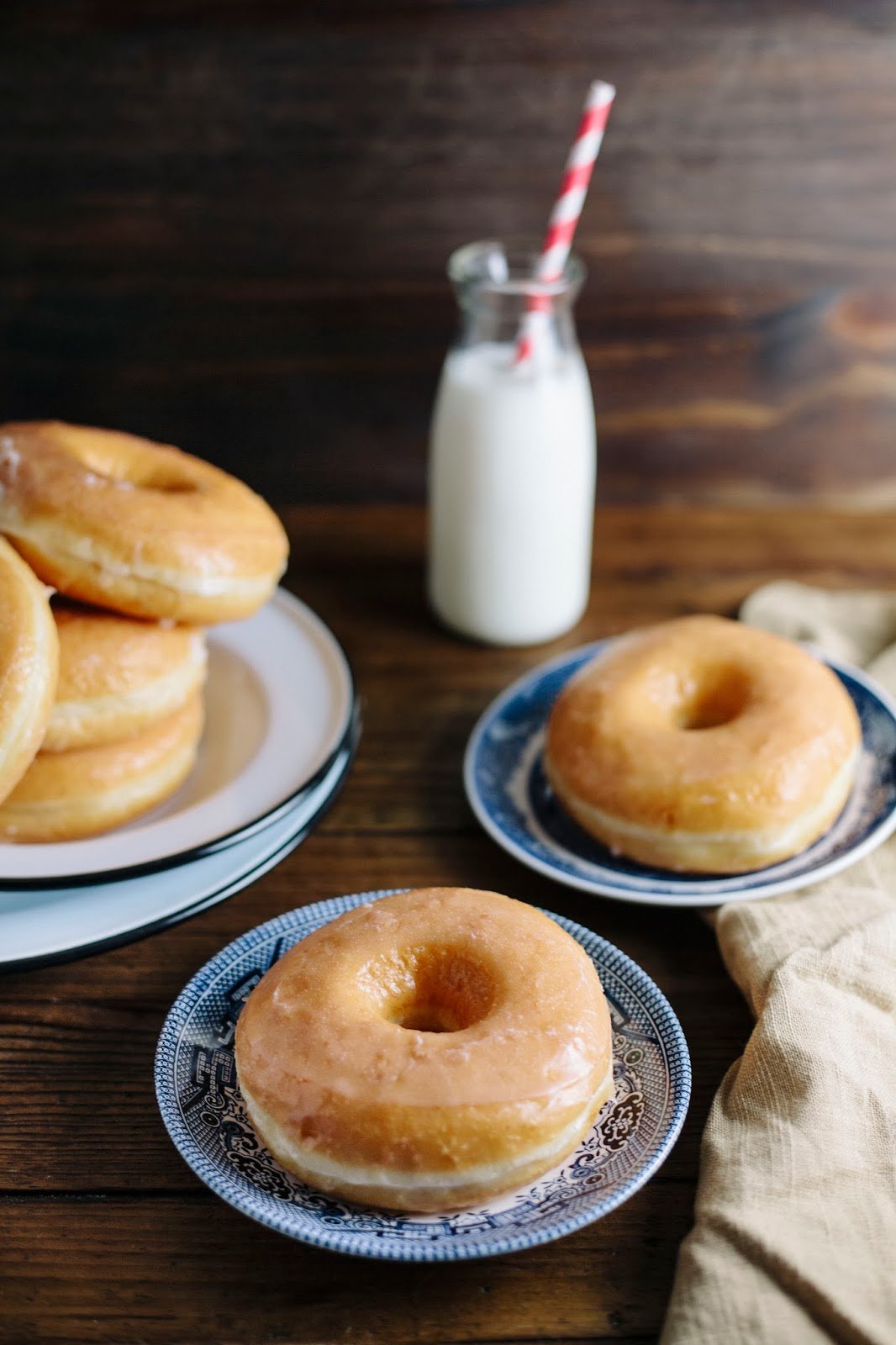 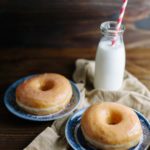 For the Honey Glaze

To Make the Donuts

For the Honey Glaze

Adapted from The New Artisan Bread in Five Minutes A Day