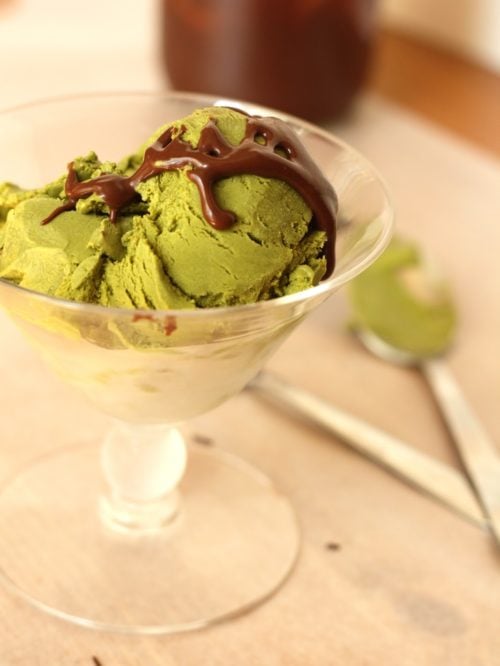 Guys, it’s really hot in Denver. While I love sunshine and sunny days in general, I’m just not used to this kind of heat (especially after significant time spent in the rather mild climates of San Francisco and Portland). Denver gets the kind of heat that I haven’t really ever experienced. The sun up here is […]

While I love sunshine and sunny days in general, I’m just not used to this kind of heat (especially after significant time spent in the rather mild climates of San Francisco and Portland). Denver gets the kind of heat that I haven’t really ever experienced. The sun up here is brutal — it burns my skin so easily, making it actually physically hurt to stand in the direct sunlight for too long. This is kind of a big deal, considering that I was born in the tropical Philippines and went to high-school in Texas.

In order to try and beat the heat, I decided to take advantage of the ice cream maker attachment for my KitchenAid mixer and make some ice cream. According to Thomas Keller in Ad Hoc At Home, nothing beats freshly spun, homemade ice cream. He’s completely right: 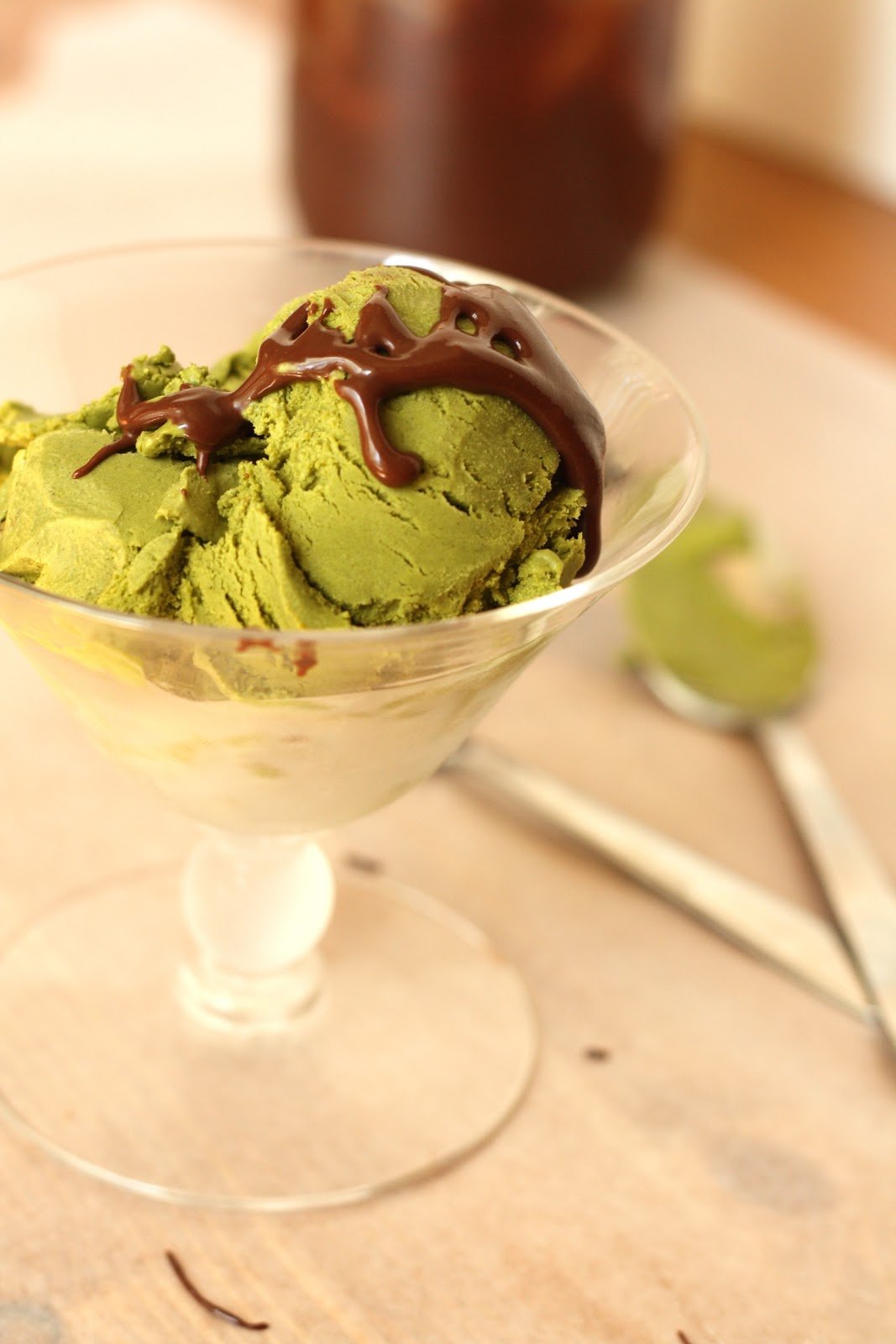 I decided to go with a green tea flavor simply because I had a giant can of matcha powder sitting around. I found a traditional Japanese recipe online and was drawn to the recipe because it was simple and only had a handful of ingredients — very much unlike the recipes in my only ice cream cookbook Jeni’s Splendid Ice Cream.

However, because the ice cream is from a traditional Japanese recipe, it isn’t as sweet as most ice creams I’m used to — although it was still delicious and flavorful, it had a slight bitter and tannic aftertaste. I decided to remedy this by whipping up a dark chocolate Earl Grey fudge sauce from Momofuku Milk Bar’s Cookbook — and boy was I glad that I did! The fudge sauce married to the green tea ice cream well, its sweet dark chocolate flavor complementing the green tea and offsetting the tannic aftertaste.

Without further ado, here is the ice cream recipe: 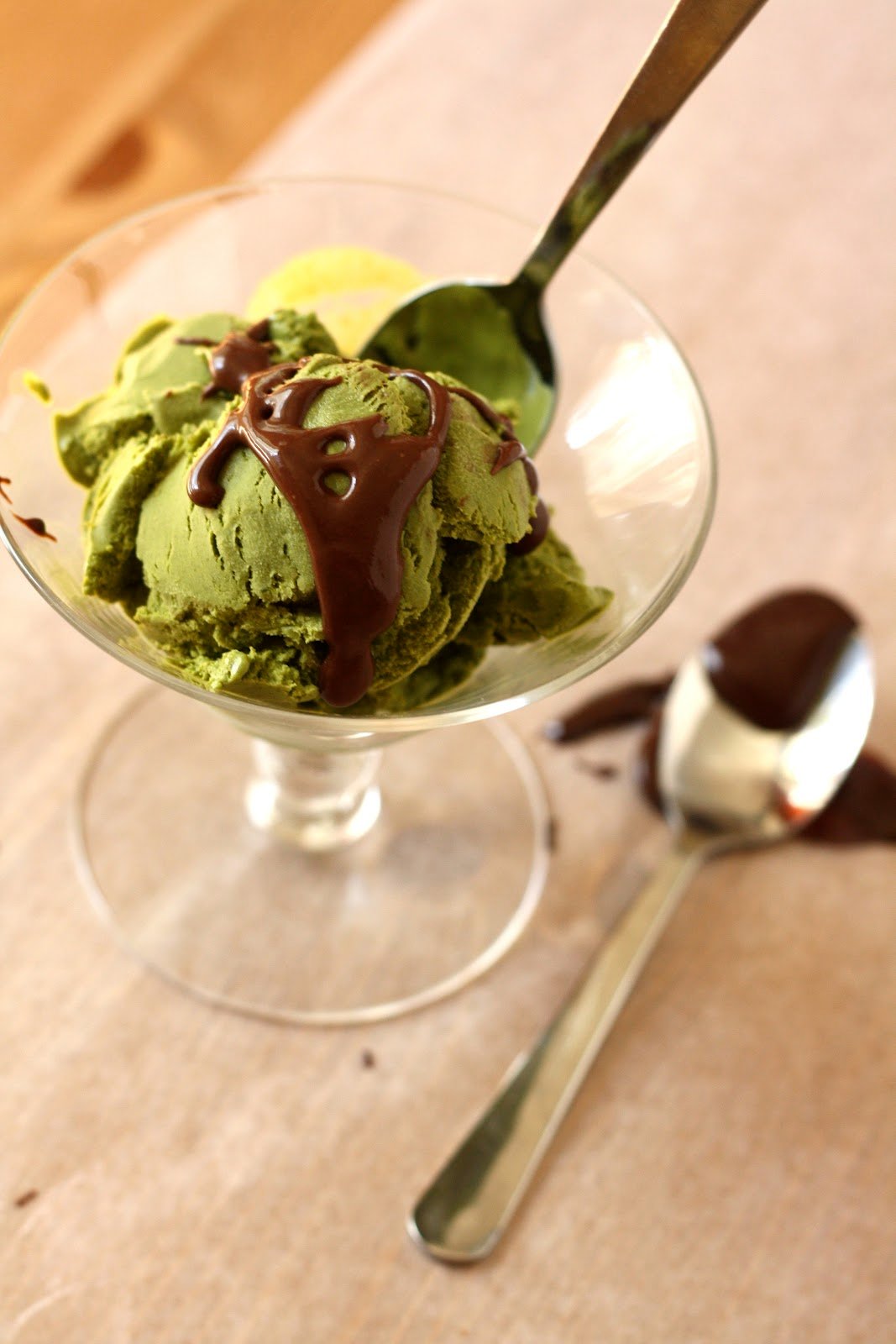 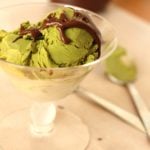 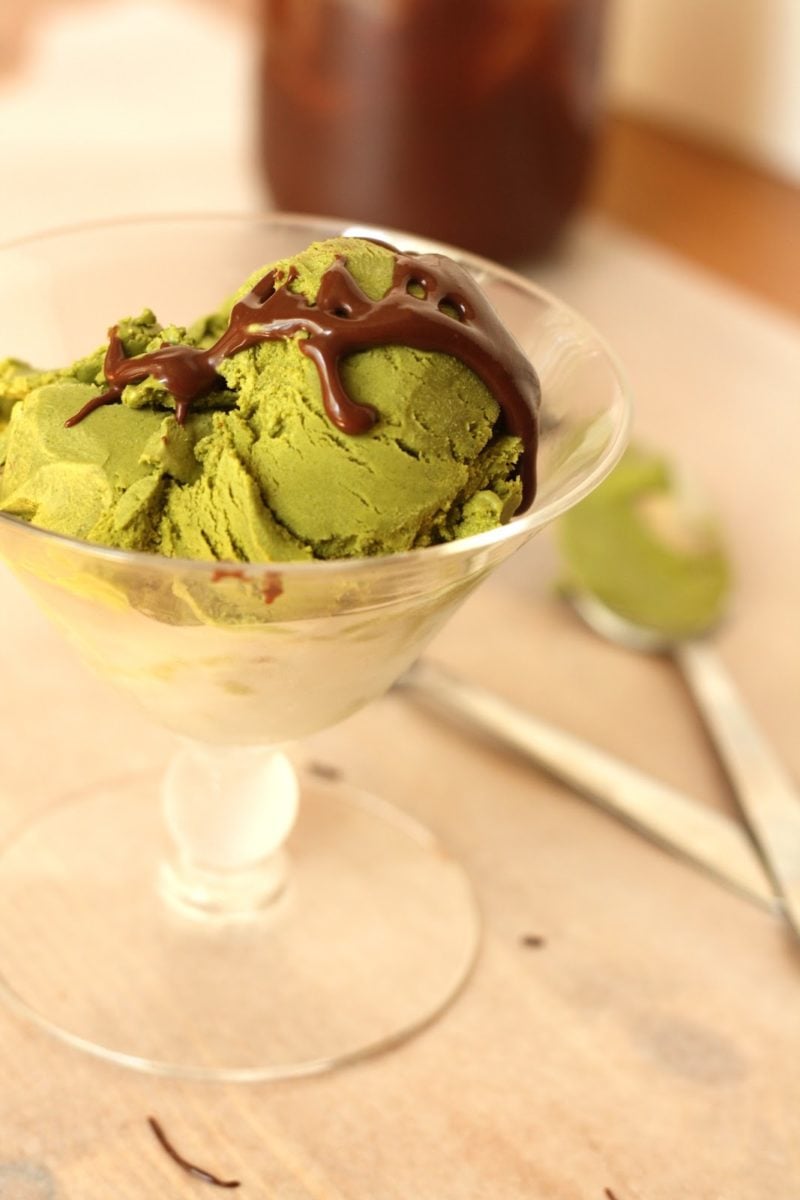 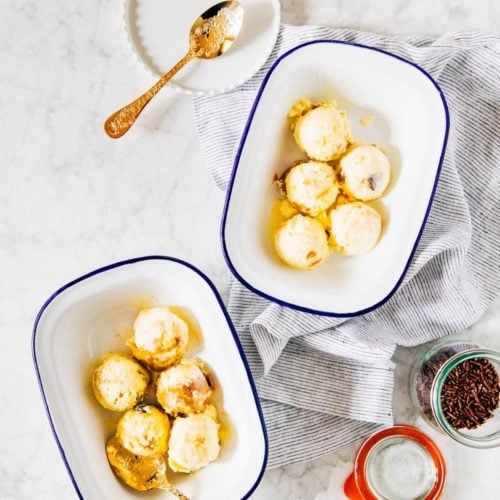