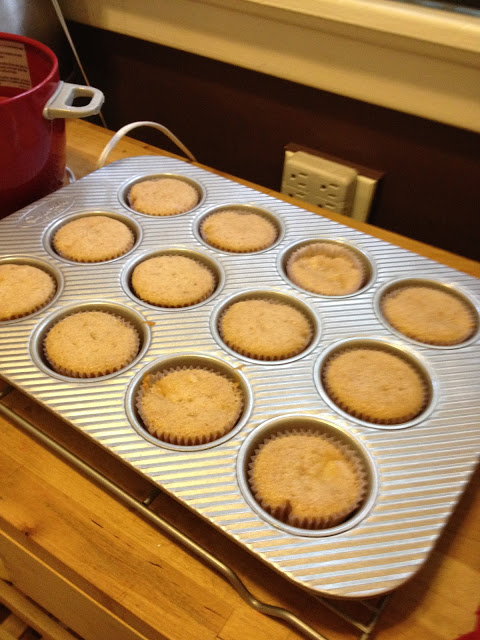 I was especially excited to adapt this recipe for high altitude because I love bananas. I’m pretty sure I eat one everyday. I’m an even bigger fan of banana baked goods; I love the way they almost caramelize when you cook them. Banana bread is one of my favorite baked goods of all time, but […]

I was especially excited to adapt this recipe for high altitude because I love bananas. I’m pretty sure I eat one everyday.

I’m an even bigger fan of banana baked goods; I love the way they almost caramelize when you cook them. Banana bread is one of my favorite baked goods of all time, but I have yet to had the courage to adapt my favorite banana bread recipe (Caramel Toffee Banana Bread, available here) for high-altitude. I’ve been using my old Crossfit coach’s high-altitude banana bread recipe from her paleo website, but, being paleo, it’s really not the same. Even despite the non-paleo addition of chocolate chips. Ha.
A quick look at the Hummingbird Bakery Cookbook’s recipe for Banana and Chocolate Cupcakes kinda threw me in for a loop. At this point, I was so used to easily adapting the cookbook’s recipes since they were essentially variations of the initial vanilla and chocolate recipes. For instance, the recipe for Lemon Cupcakes was essentially that of Vanilla Cupcakes, but with the use of lemon zest exchanged for vanilla extract. So I had just been using the high-altitude adjustments for the vanilla cupcakes that I’d painstakingly figured out from the beginning.
But the ingredients list for the Chocolate Banana cupcakes warned me that I wouldn’t be able to do the same for this particular recipe:
This was a completely different recipe from the Hummingbird Bakery Cookbook’s Vanilla Cupcakes recipe. There were a few similarities — both recipes used 1 cup all-purpose flour, a scant 3/4 cup sugar, a pinch of salt, 1/2 cup whole milk… but that was it. The differences between the two recipes were far more striking.

For instance, the Banana and Chocolate Cupcakes recipe only calls for 1 tablespoon of baking powder as opposed to the Vanilla Cupcakes recipe, which requires 1 1/2 at sea-level. According to the Hummingbird Bakery Blog, the sponge for this recipe is much denser and richer than the bakery’s other sponges, calling for less leavener to achieve such an effect. Less leavener might actually work to my advantage, since baking powder/baking soda tends to have more powerful effects at high-altitude due to lower atmospheric pressure.

Other things that might work to my advantage: more fat in the cupcake recipe (this recipe calls for 5 tablespoons of butter, as opposed to the Vanilla Cupcakes recipe’s 3), as well as the recipe’s generous use of flavoring agents (2 teaspoons worth of different spices, along with 1 whole mashed banana). All these things combine to create a heavier, sturdier batter that won’t just dissolve into a puddle of goop like lighter batters tend to do at high altitudes.

The last thing that I found interesting about the recipe was its use of 2 eggs for the batter, as opposed to previous Hummingbird Bakery Cookbook recipes, which only use 1 egg. According to Pie In The Sky: Successful Baking at High Altitudes, a common quick-fix remedy for adapting recipes to work at high altitudes is to add an extra egg. This works because many high altitude recipes need extra liquid (to prevent them from drying out) and more protein (which adds strength to the batter). So again, this additional egg seems like it’s to my advantage.

And how did it fare at high-altitude? 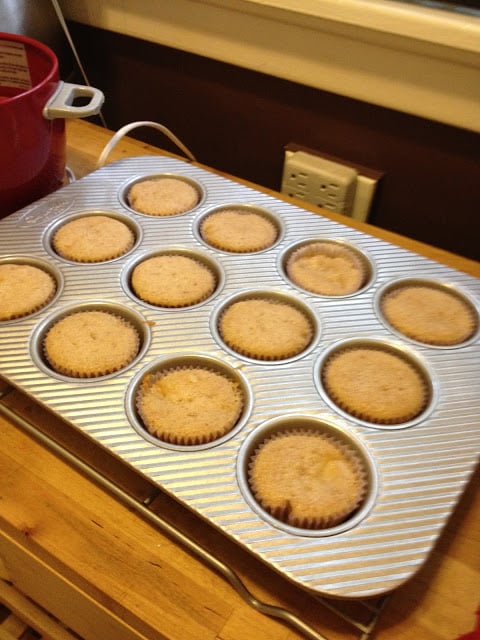 Not bad. Not bad at all.

As I was expecting, the batter’s weight held the cupcakes together fairly well — no puddles of goop this time around! If anything, the cupcakes actually looked too sunken in, indicating that I need to use more leavening agent: 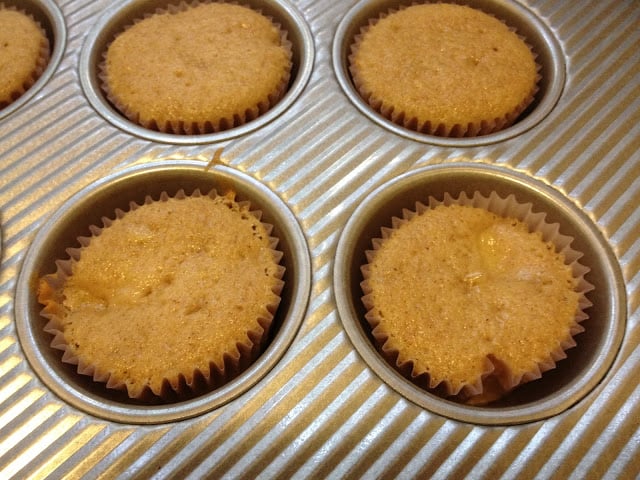 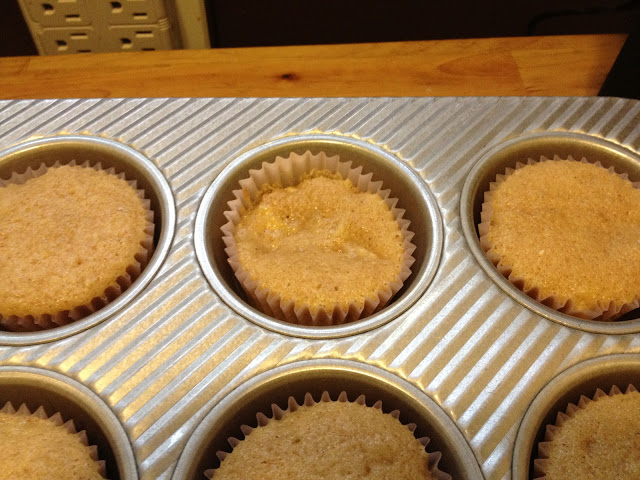 According to the Hummingbird Bakery Blog, sunken Banana and Chocolate cupcakes are a common problem:

The sponges are sinking after taking them out of the oven. What’s going wrong?
Nothing is wrong, just make sure your oven is the correct temperature (use an oven thermometer if needed) and leave the sponges in until they are done. Timings can differ from batch to batch as riper bananas will be moister and this will affect how long the sponge takes to bake. Keep an eye on them and only take out of the oven when a skewer can be removed cleanly from the sponge.

It seems like all I really need to do is adjust the recipe’s temperature and bake time. Again, this isn’t really that surprising, since almost all of the Hummingbird Bakery Cookbook’s recipes have needed some form of temperature adjustment for high-altitude. Recall that, at higher altitudes, water evaporates at a lower temperature, so you need more heat/longer cooking times when baking.

Alrighty then. Stay tuned for the next post — temperature adjustments!