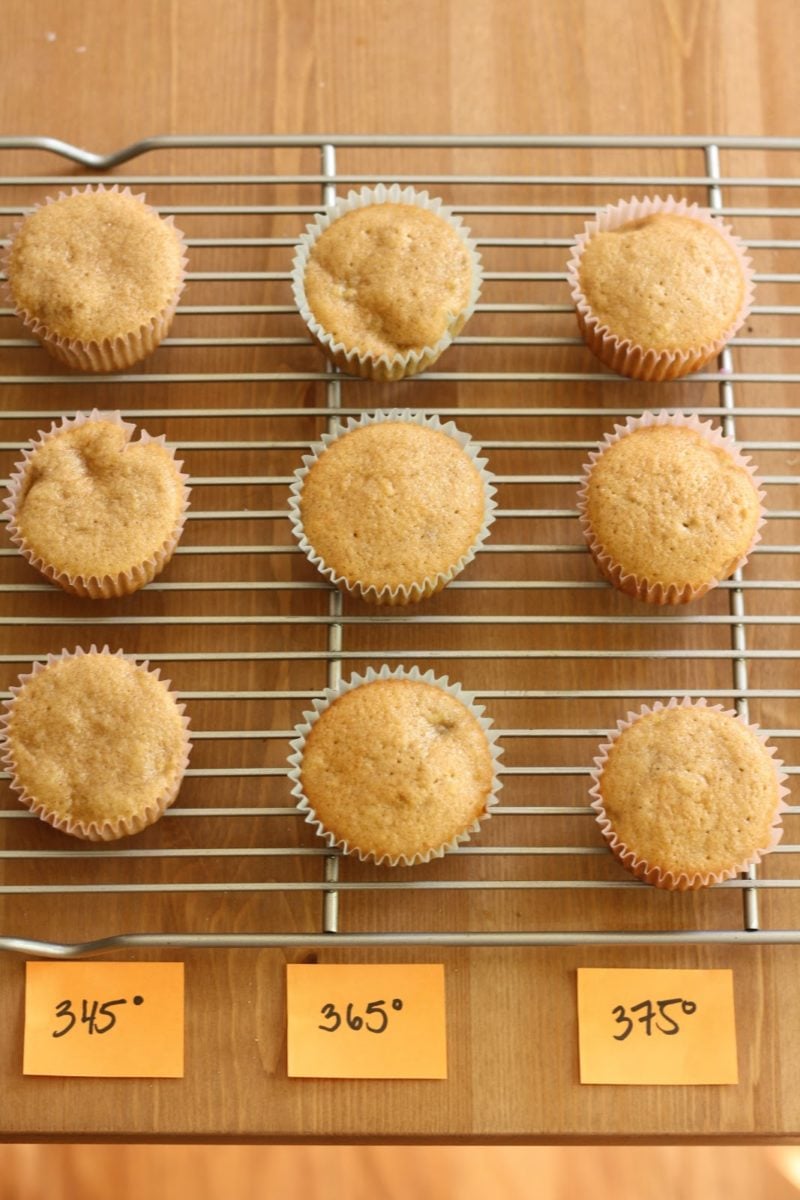 Last post, I baked the Hummingbird Bakery Cookbook‘s recipe for Banana and Chocolate cupcakes without any adjustments or alterations. The cupcakes turned out surprisingly well, mostly due to their heavier batter. However, the cupcakes cratered as they cooled, indicating that they were still undercooked after the recipe’s instructed bake time of 20 minutes. The cupcakes […] 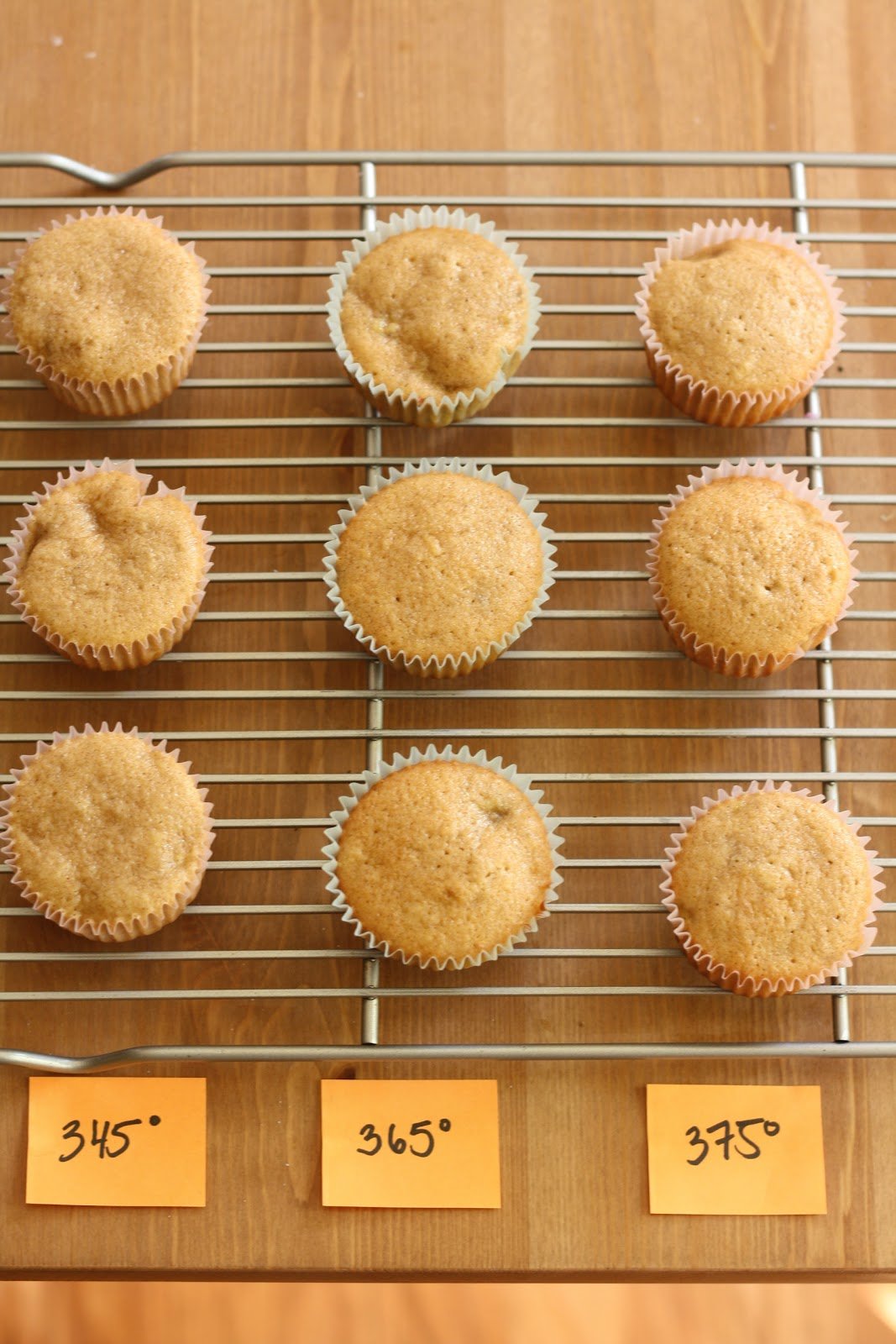 Last post, I baked the Hummingbird Bakery Cookbook‘s recipe for Banana and Chocolate cupcakes without any adjustments or alterations. The cupcakes turned out surprisingly well, mostly due to their heavier batter. However, the cupcakes cratered as they cooled, indicating that they were still undercooked after the recipe’s instructed bake time of 20 minutes. The cupcakes were also pale yellow instead of the golden brown the cookbook promised they’d be.
There was an easy fix for all this — increasing the recipe’s temperature and potentially the cupcakes’ required bake time. Recall that almost all of the Hummingbird Bakery Cookbook’s recipes have needed some form of temperature adjustment at high-altitude due to the fact that water evaporates at lower temperatures.

In the past, I’ve patiently increased the recipe’s instructed temperature by 10 degrees (F) each time. But
according to the Hummingbird Bakery Blog, Banana and Chocolate cupcakes are especially prone to cratered cupcakes in the first place. Each batch’s bake time will depend on how ripe the banana used in the recipe is; the riper the banana, the more sugar and moisture in the fruit. More sugar and moisture = a longer bake time.

Since I had used a fairly ripe banana for this batch, I was pretty sure that a 10 degree (F) increase (from 325 to 335) wouldn’t be enough. I decided to notch it up by 20 degrees (F) and see what happened: 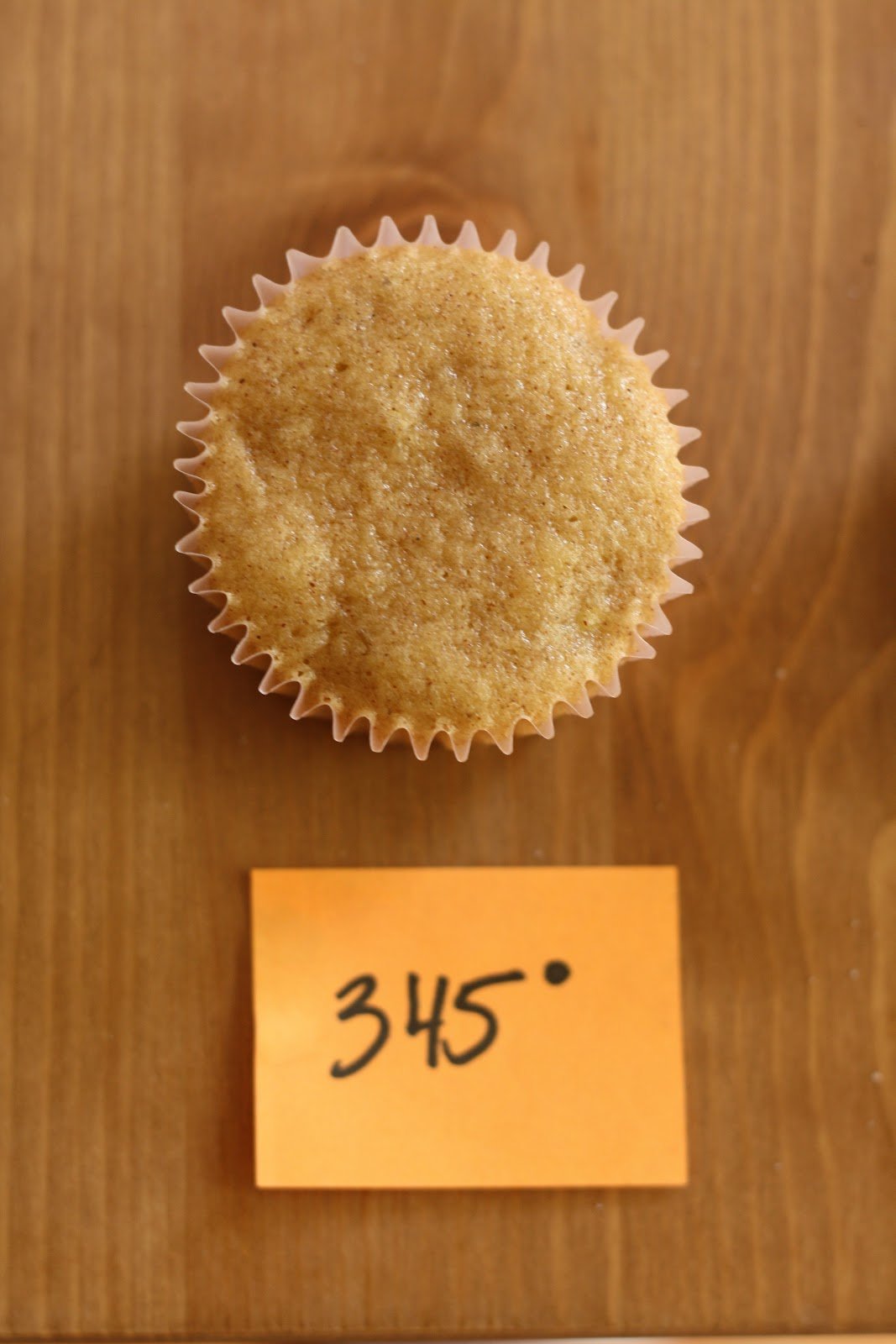 Eh. The 20 degree (F) increase didn’t seem enough. As you can see from the picture above, the cupcake (shown cooled) still was sunken in at parts.
I decided to increase it by another 20 degrees up to 365 (F): 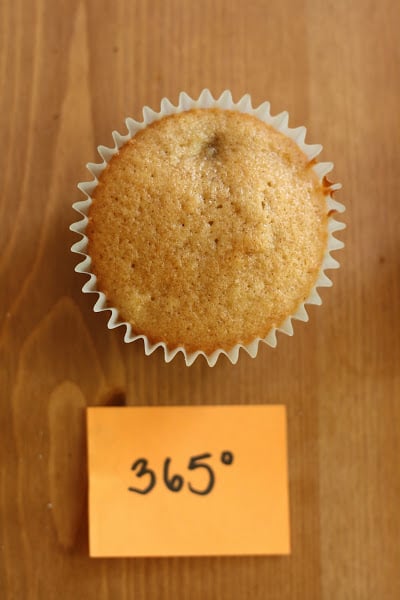 There we go! The cupcakes were starting to look better. If you look closely at the cupcake, you can see that the edges have started to turn a toasted-looking golden brown. Actually, the entire cupcake itself was looking more golden. Definitely more aligned with the golden brown Banana Chocolate cupcakes that the Hummingbird Bakery Cookbook describes.
I wasn’t happy to stop at 365 (F), however, since some cupcakes in the batch still appeared sunken in and cratered at parts. In fact, you can even see a small crater in the cupcake in the photo above. I decided to run one more temperature trial, this time only increasing the recipe temperature by another 10 degrees to 375 (F): 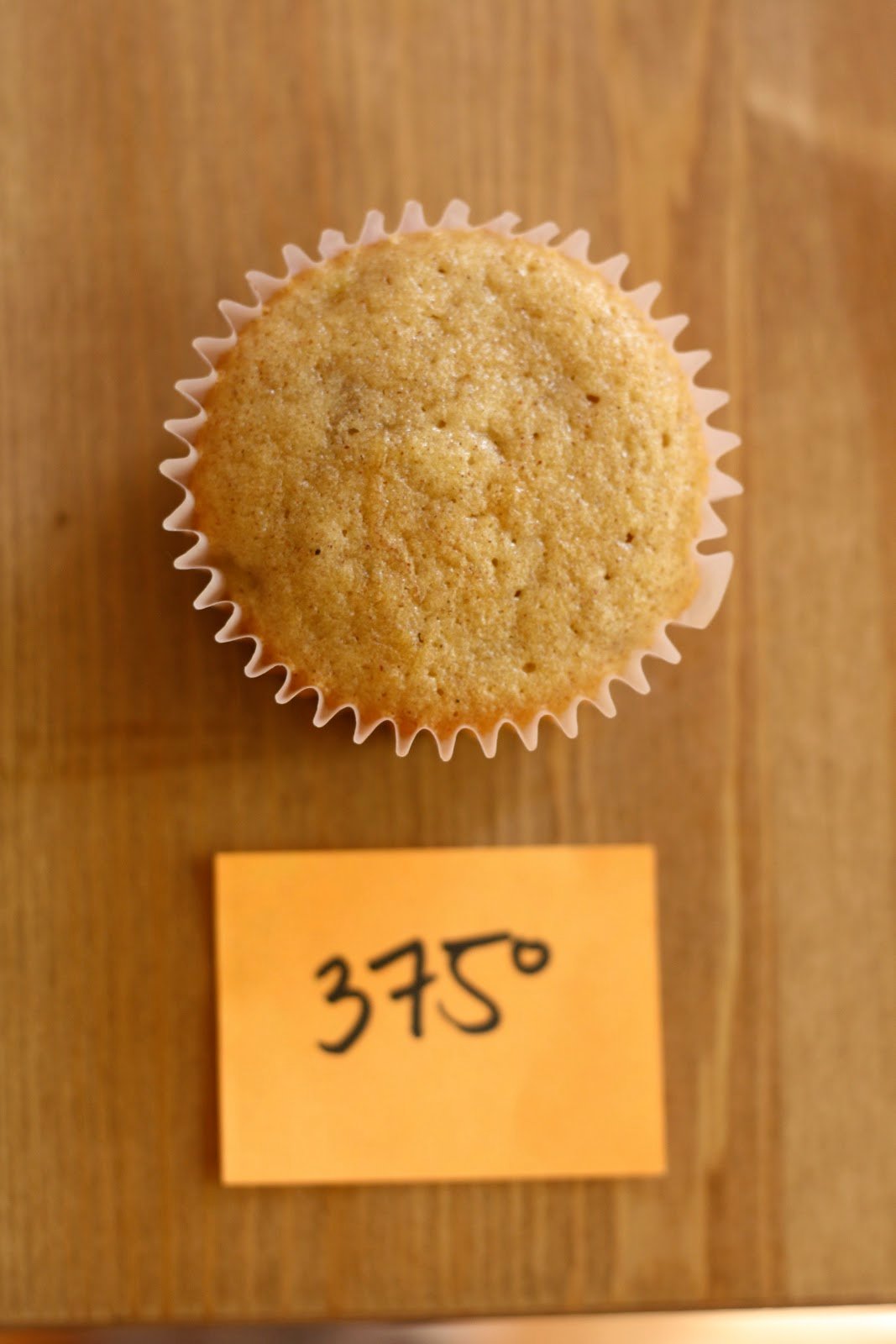 Okay, admittedly, it’s hard to tell the difference between the cupcakes baked at 365 (F) and 375 (F). Their differences came primarily from their flavor. The cupcakes at 375 (F) were more flavorful and almost caramel-like in their taste, with a slight satisfying crunch coming from the cupcake top. The batch baked at the higher temperature was definitely the way to go.
A little disconcerting was the fact that, despite the fact that these cupcakes were baked at a higher temperature, some of the cupcakes in the batch were still a little bit sunken in at parts. I took this to mean that there was more banana in that particular cupcake. I guess when baking cupcakes with fruit in the batter, you’re always going to have some odd-looking cupcakes unless you find a way to distribute the fruit content amongst each individual cupcake evenly. That sounds like an impossible project to me, so I was happy to declare these cupcakes done. I wasn’t comfortable about increasing the temperature more; I feared that doing so would dry the cupcakes out too much. These cupcakes had the perfect amount of moisture and crunch to them.
In that case folks, stay tuned for the final, adapted recipe for Banana and Chocolate Cupcakes from the Hummingbird Bakery!