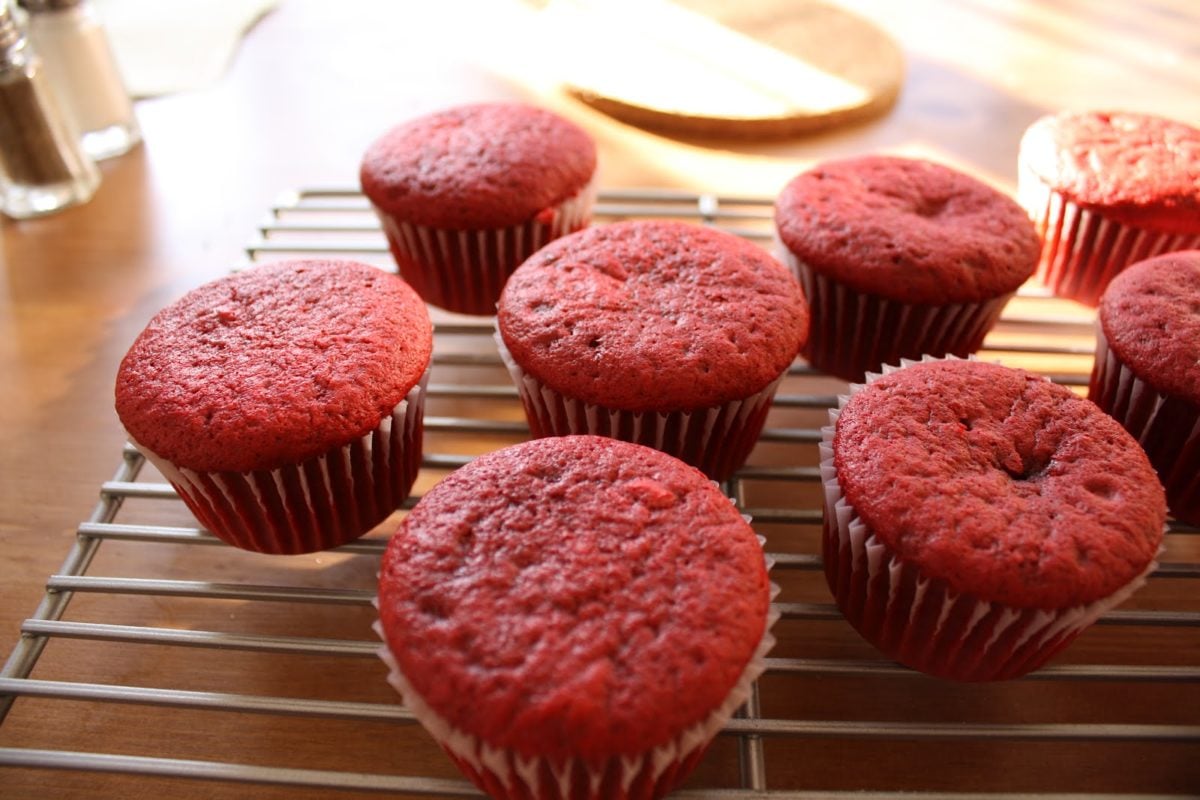 Admittedly, there wasn’t much cracking to be done. Recall that the sea-level recipe for Hummingbird Bakery red velvet cupcakes worked perfectly fine at high-altitude; the only problem was that these cupcakes had wrinkly, old-man tops instead of the smooth, good-looking cupcake tops they would have had at sea-level. I tried altering the amount of baking soda in the recipe several times, but these attempts yielded cupcakes that were inferior in flavor.

I decided that I may have overmixed my first batch of red velvet cupcakes; overmixing leads to too many air bubbles in baked goods, and these air bubbles expand in the heat. Too many of them causes baked goods to be bloated. So I followed the sea-level recipe again, this time creaming the butter and sugar together for 3 minutes instead of the usual 5 minute creaming process recommended by the Hummingbird Bakery.

These were the results: 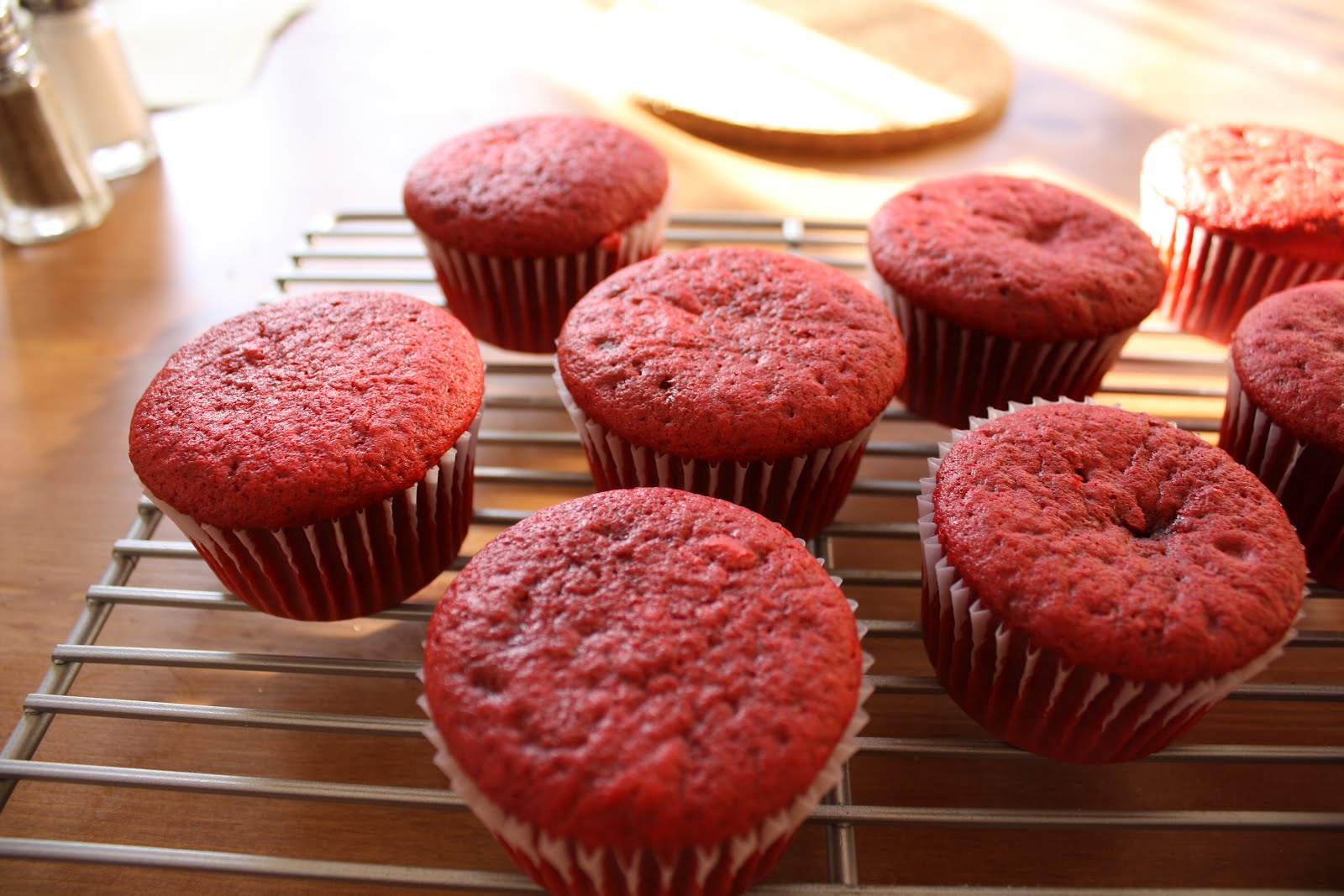 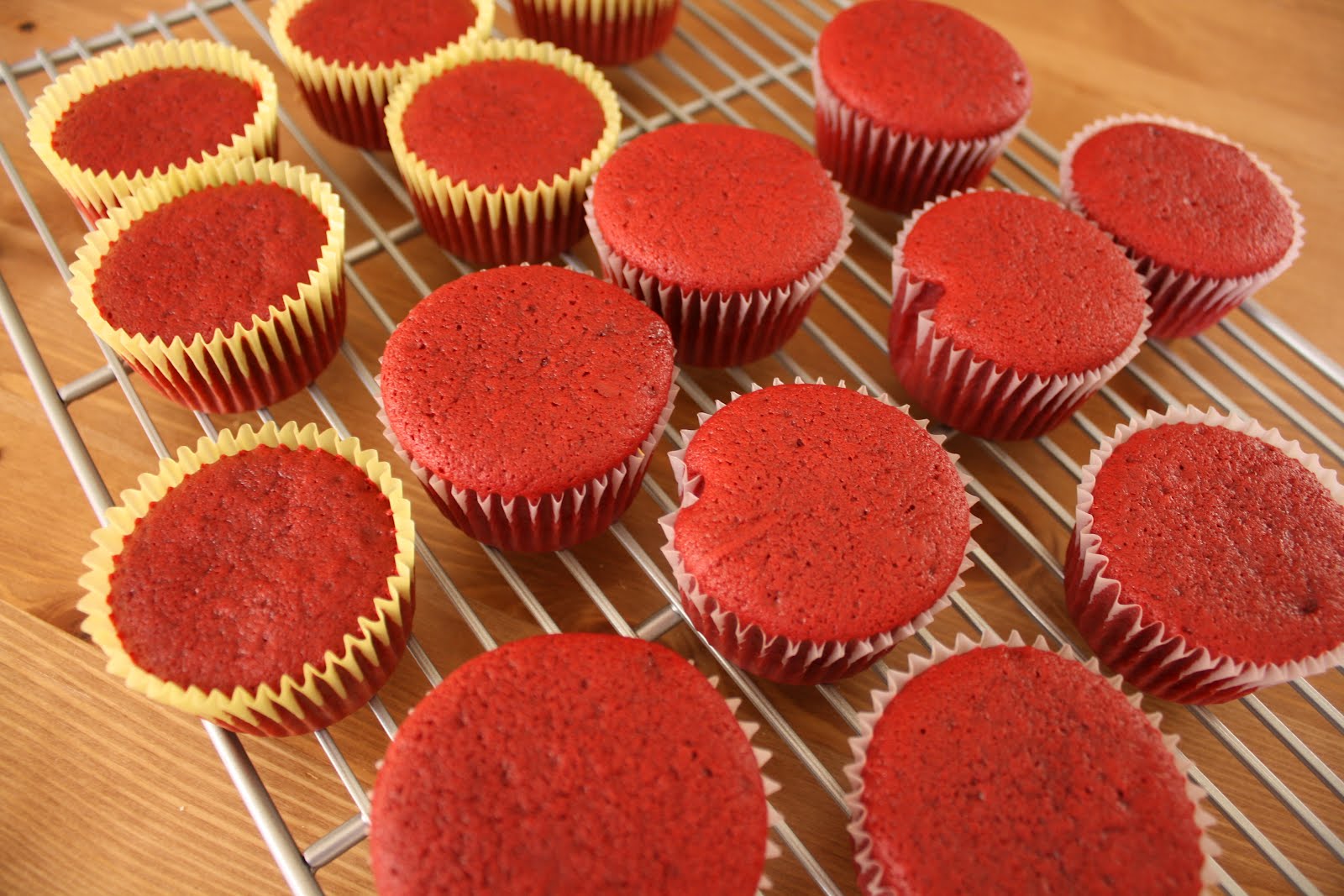 Wa-hey! Not bad, eh? They look as smooth as the red velvet cupcakes I made at sea-level. 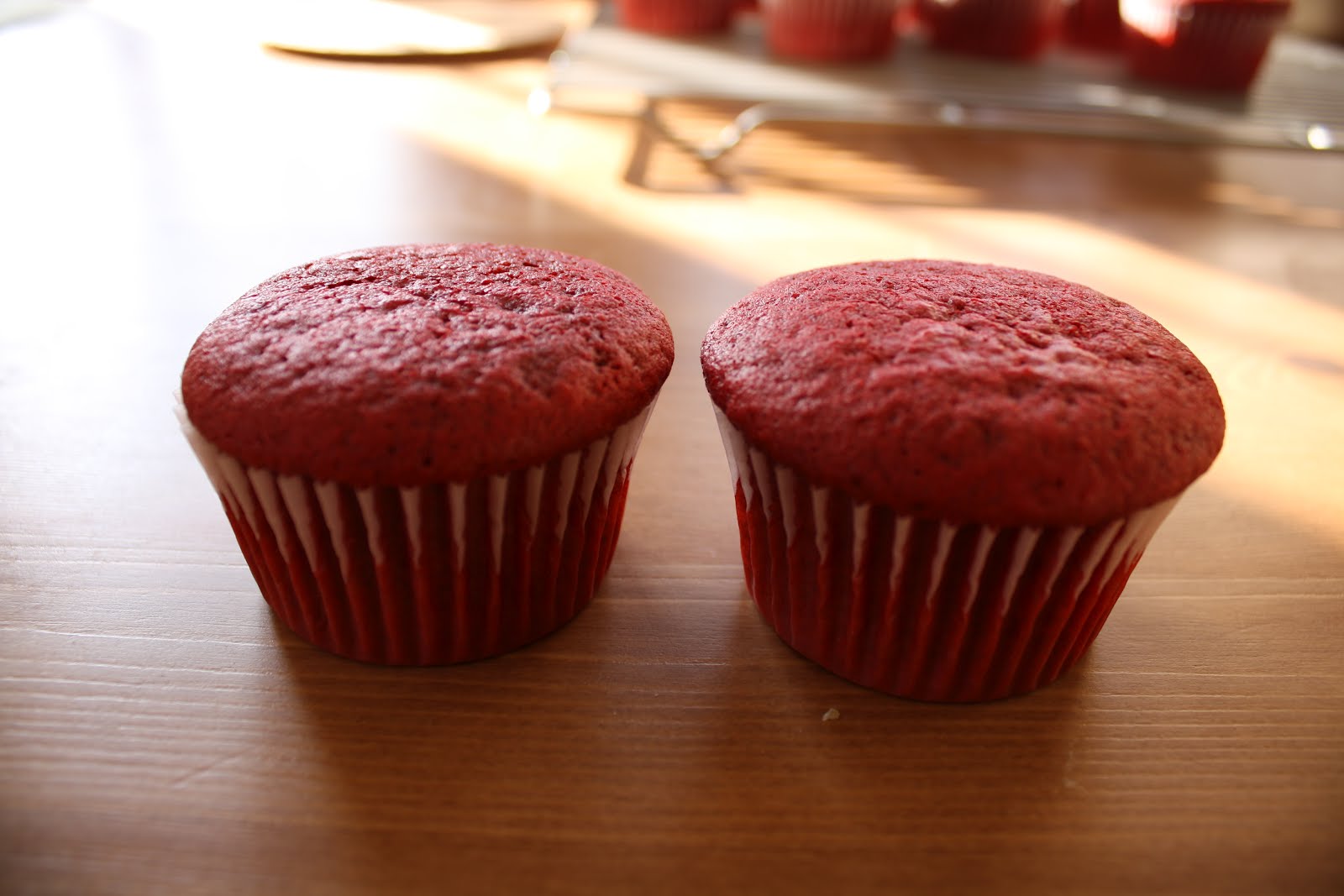 I wondered if I had spooned too much batter into them. I had followed the Hummingbird Bakery recipe’s recommendation, filling the cases up until 2/3rds full, but this seemed like too much.

Since I use a 1-tablespoon cookie scoop to ensure that all my cupcakes are the same size, I decided to experiment with different amounts of batter quantities in the cupcake cases. This time around, I filled the pink cases with 2 tablespoons of batter, while the yellow were only filled with 1 1/2 tablespoons.

These were the results: 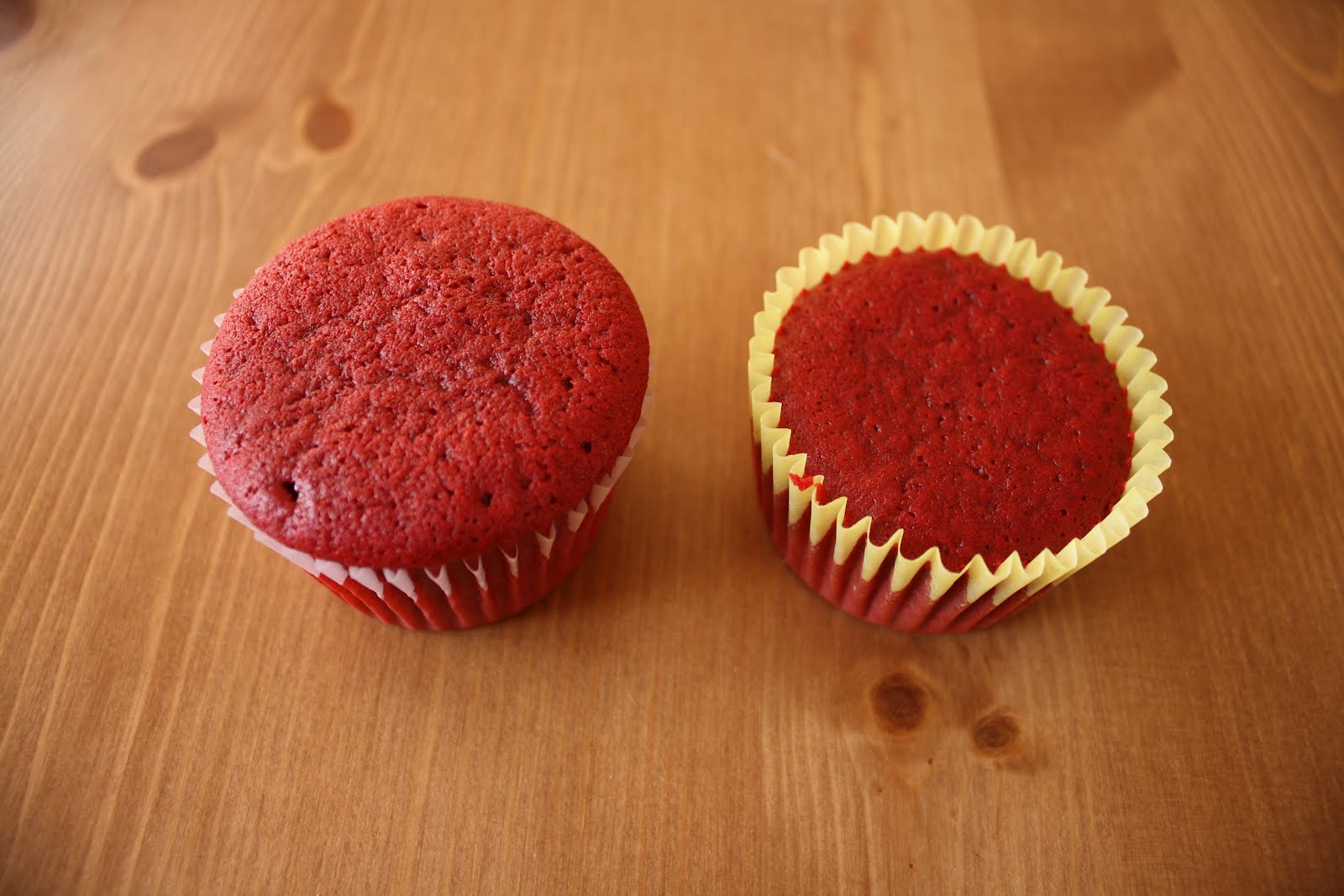 Perhaps a good compromise would be filling the cases up with 1 3/4 tablespoons of batter, yes? Either way, phew. I’m glad this recipe is cracked! I never thought I’d say this, but I was starting to get sick of eating all those red velvet cupcakes!

Stay tuned for the final, official recipe for my next post!