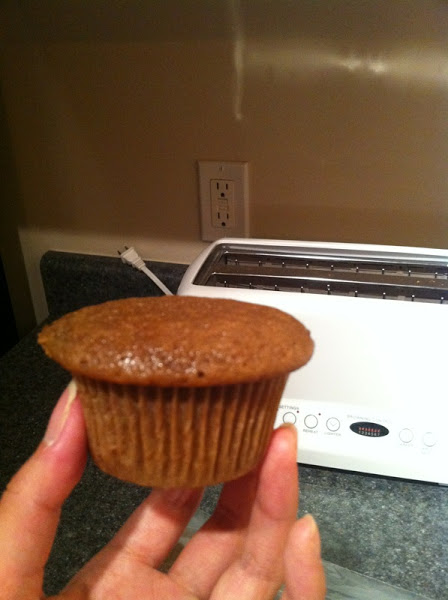 After listening to my adventures in high-altitude baking, Kailin, a co-worker of mine, decided to try out my baking hobby for myself. Every so often, she would appear around the office handing out Ziploc bags of chocolate chip cookies made from my recipe posted on this blog. This time around, she decided to try the […]

After listening to my adventures in high-altitude baking, Kailin, a co-worker of mine, decided to try out my baking hobby for myself. Every so often, she would appear around the office handing out Ziploc bags of chocolate chip cookies made from my recipe posted on this blog.
This time around, she decided to try the recipe for the Hummingbird Bakery’s red velvet cupcakes. The problem was, the only accessible grocery store close to her did not stock red food coloring. 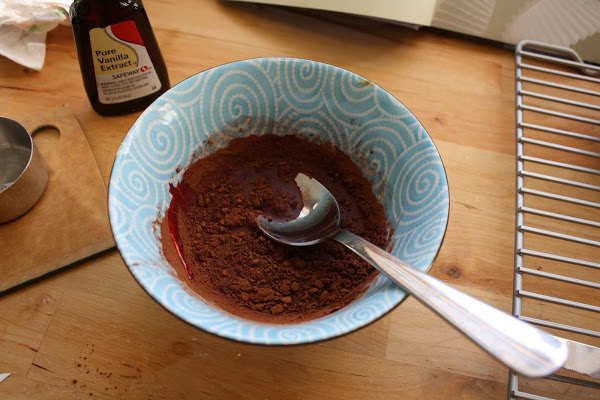 It then instructs you to mix these ingredients together to make a paste that will later be added to the batter: 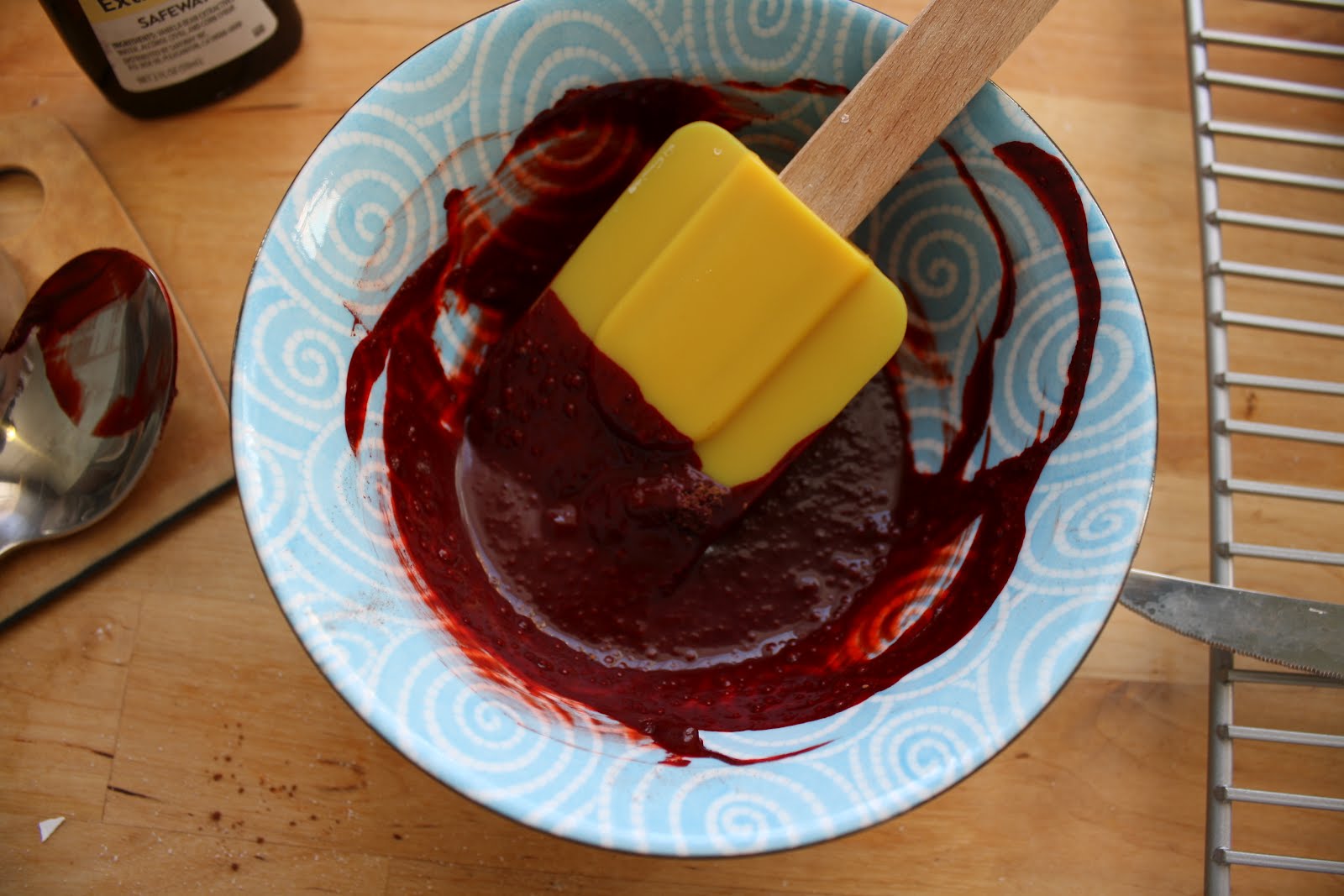 Now, most people tend to fall into two camps: cooks and bakers. They’re not mutually exclusive; most people classify themselves as both. But when push comes to shove, you’re one over the other.
Cooks tend to be more improvisational and natural. My boyfriend, for instance, rarely ever uses recipes and just throws in random spices and herbs without any further thought. If something is too spicy or salty, he’ll throw in another ingredient to compensate. With cooking, if you make a mistake, you can still fix it.
But with baking? Not so much.
Bakers are the ones who meticulously measure and level out each ingredient, following recipes down to pat and treating the whole baking process like a science. Recipes are the law and improvisation is rare. I’m not saying that improvisation doesn’t happen — it does! In fact, I’ve been reading Momofuku Milk Bar‘s Cookbook and apparently some of Christina Tosi’s signature creations were made using unmeasured ingredients scrounged from the kitchen. So sure, it happens — but it’s only done well by those who understand the proportions, the ratios, the reactions of the entire process.
I was having a hard time classifying Kailin as one of the two. She was a chemical engineer by trade, meaning that, in theory, she understood the significance behind following baking recipes to pat. But the moment she started cooking recipes from my blog, she was never simply content to just follow them diligently. She was always asking me for advice on how to change textures and outcomes, what happens if she did this instead of that. For instance, since she preferred her cookies crispier instead of chewier, what would happen if she increased the recipe’s suggested oven temperature? Or if she added more butter? Would this extra butter compensate for the burned results she got when she increased the oven temperature?
I warned her that it was difficult to experiment in baking, especially since she was fairly new at it. I told her my theory that baking as a science, and how even one small, seemingly-insignificant change could affect the final outcome in drastic ways.
I should have known something was up when she asked me what would happen if she made the red velvet cupcakes recipe without any red food coloring. “It’s just to make the cupcakes red anyway, right? Doesn’t really taste like anything, right?”
I advised her not to do it — as well as being responsible for the cupcakes’ deep, vivid color, that red food color paste was crucial to dispersing the cocoa and vanilla flavors evenly. I also worried that the reduction of 2 tablespoons of liquid would dry the cakes out, especially considering that liquids evaporate faster at higher altitudes. “If you don’t have red food coloring,” I told her. “Don’t make red velvet cupcakes.”
The next Monday, she bounded up to me. “I made red velvet cupcakes!”
“Oh, did you find red food coloring?”
“No, I made them without food coloring!”
Sigh. I guess that answers my questions. Like a cook, she had ignored my advice and made do with improvisation, eliminating the red food coloring for her convenience.
These were her results (photos below are Kailin’s): 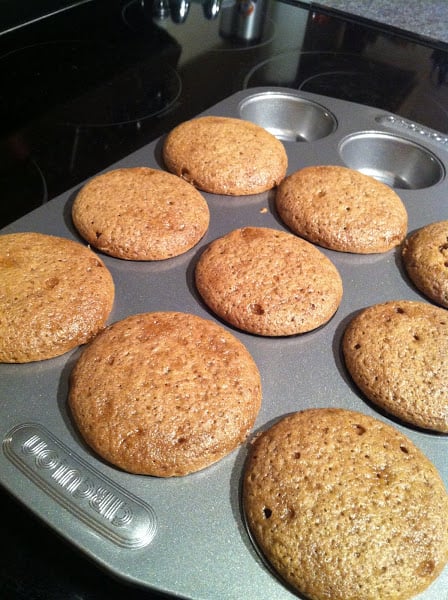 I guess I’d always wondered what red velvet cupcakes looked like without red food coloring — so now I know. Their golden-brown color isn’t too much of a surprise — there is cocoa powder in the recipe, after all. 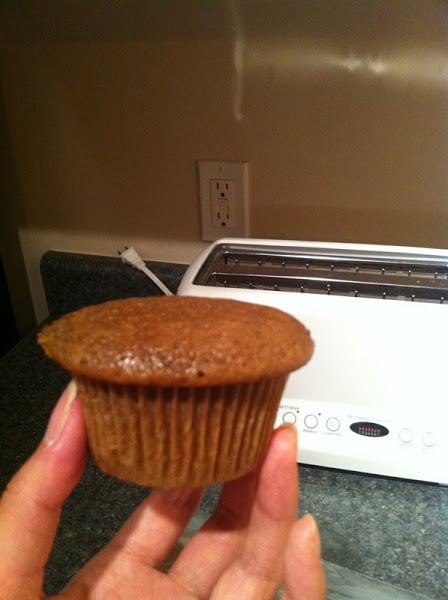 I wondered if my earlier theory that the exclusion of 2 tablespoons worth of liquid would make them too dry. I asked Kailin how they tasted; she shrugged and said, “Fine.”
Fine? Just fine?
I’m not trying to contradict Kailin — if anything, I’m actually pretty impressed by the way her cupcakes turned out, especially considering that she basically eliminated a step in the recipe.
But all in all, Hummingbird Bakery cupcakes deserve better than to just be fine.