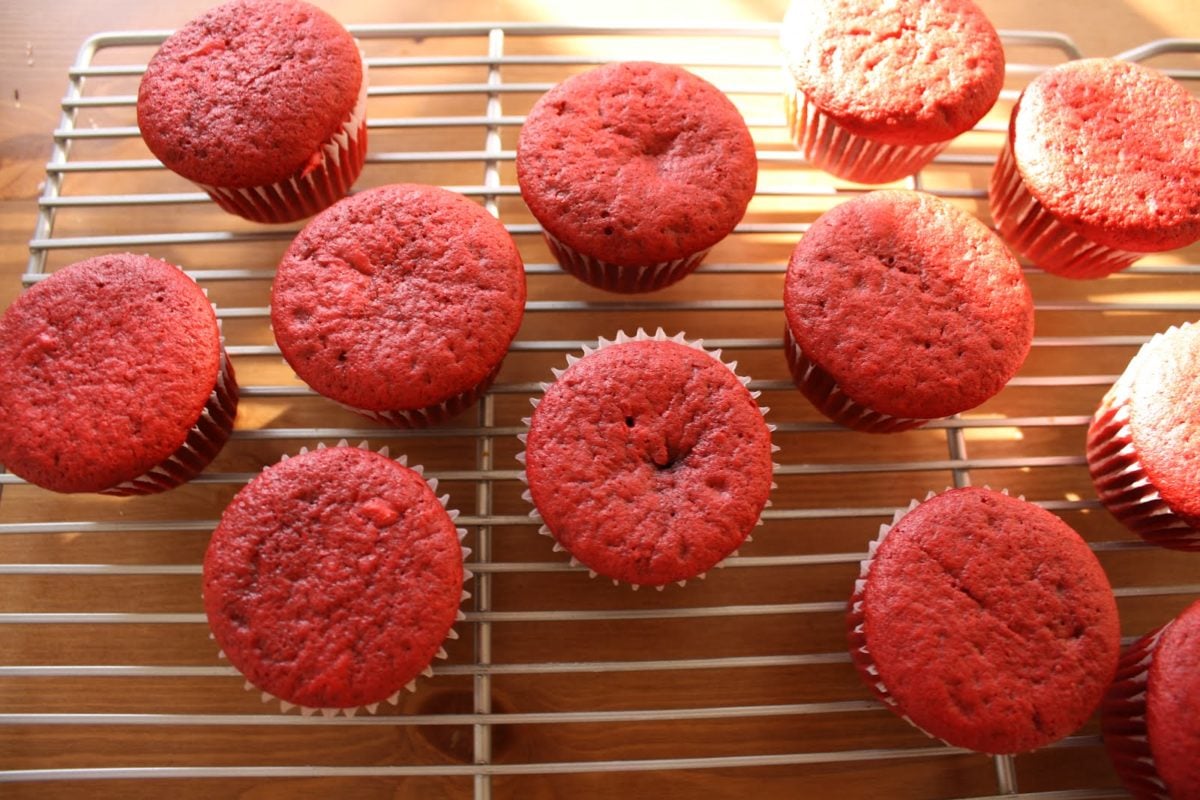 Last Sunday, I set out to adapt Hummingbird Bakery’s red velvet cupcakes recipe before heading to my co-worker’s Super Bowl party. So I did what I had done with its vanilla and chocolate counterparts — cooked the original, sea-level recipe at high-altitude, without any alterations or modifications to the recipe’s ingredients and steps. I fully […]

Last Sunday, I set out to adapt Hummingbird Bakery’s red velvet cupcakes recipe before heading to my co-worker’s Super Bowl party. So I did what I had done with its vanilla and chocolate counterparts — cooked the original, sea-level recipe at high-altitude, without any alterations or modifications to the recipe’s ingredients and steps.

I fully expected my muffin tin to be flooded and stained by bright red puddles of goop. Instead, these were the results: 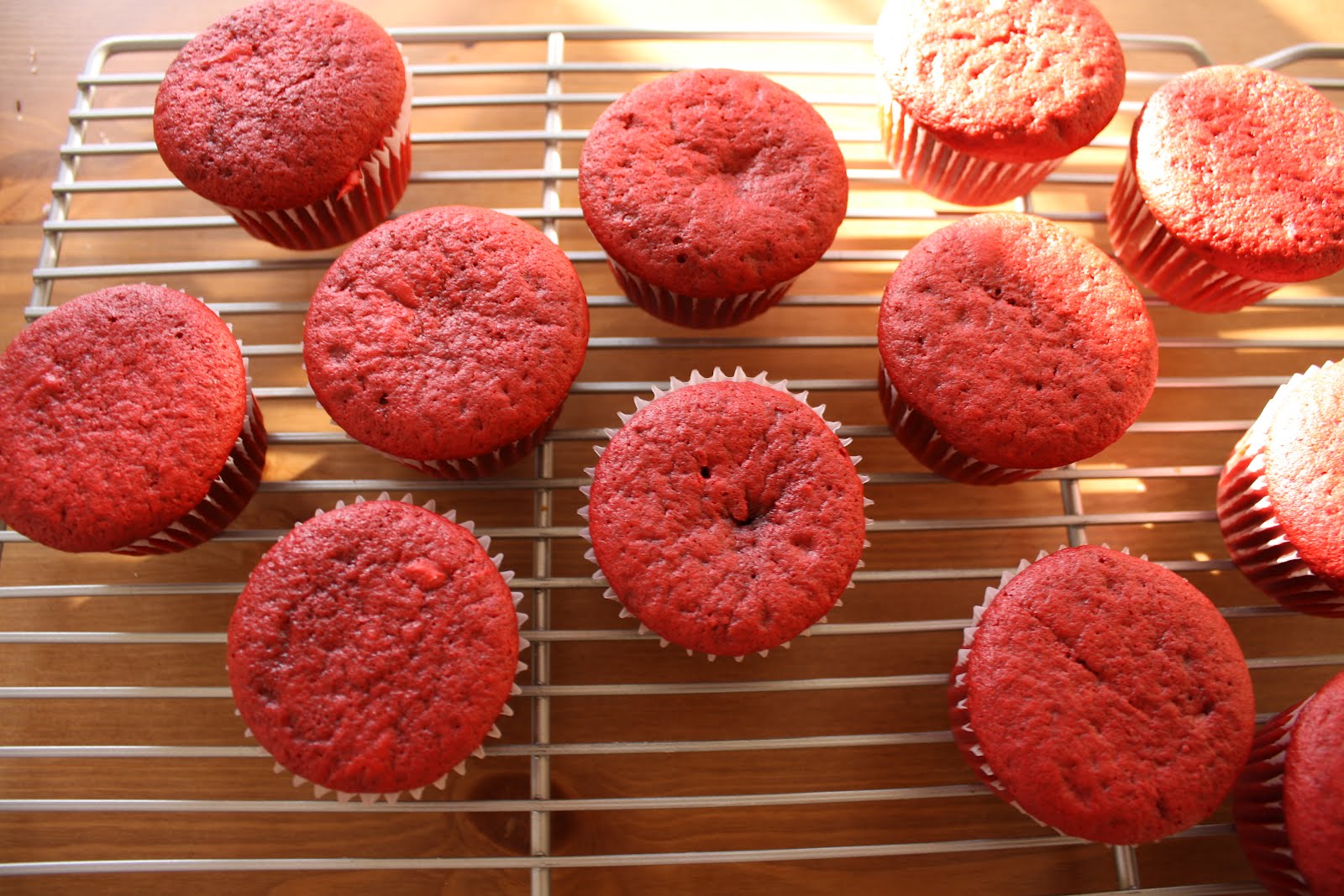 Near-perfection!
I know, I know, it’s hard to gauge because the shot above is an aerial shot of the cupcakes. Yes, yes, I remember that trick I pulled with the chocolate cupcakes — they looked a lot better than they actually were because I had taken aerial shots that failed to capture the cupcake tops’ flatness/crateredness. So I’ve prepared some profile shots for you guys.
This is what the cupcakes looked like when they first came out of the oven: 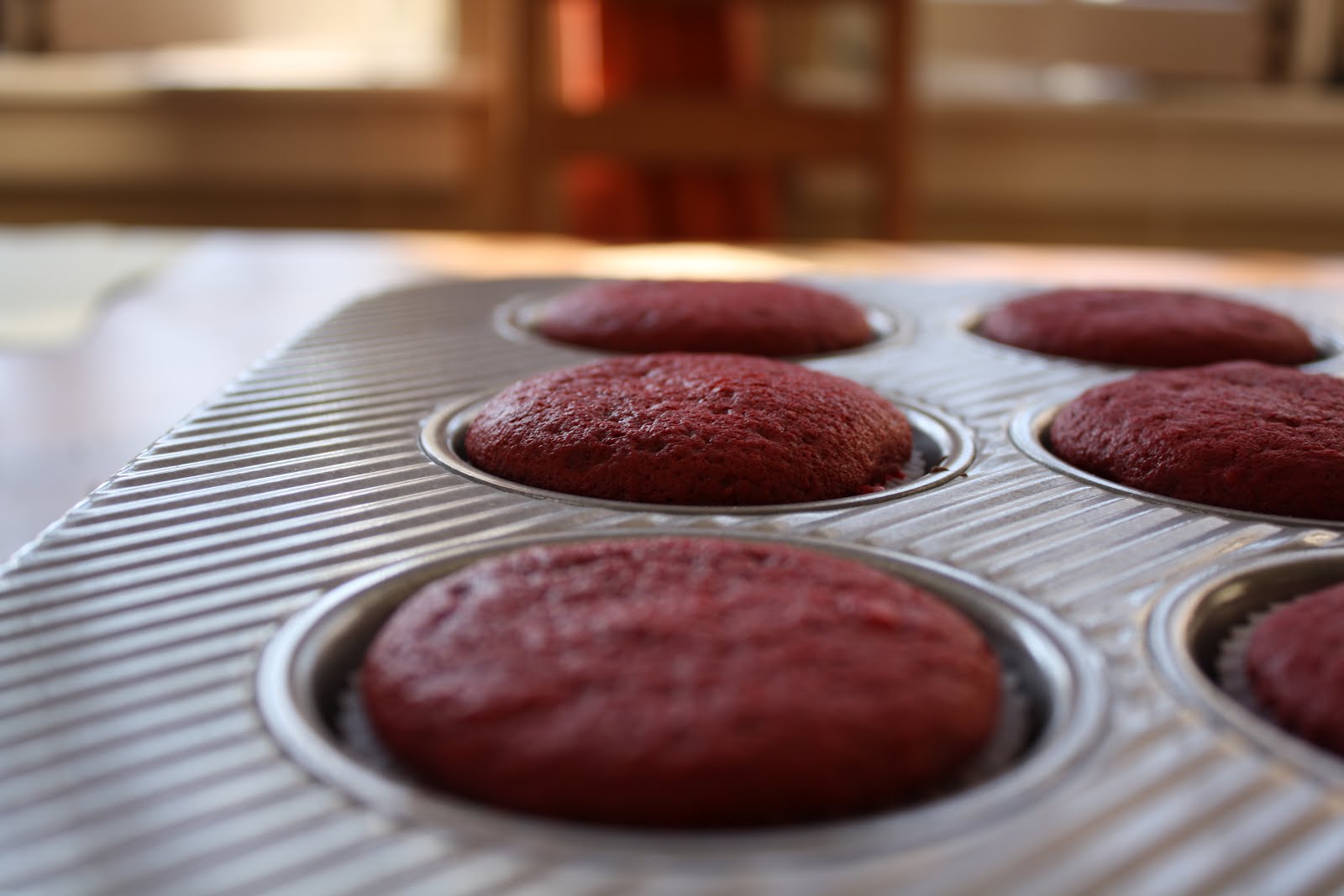 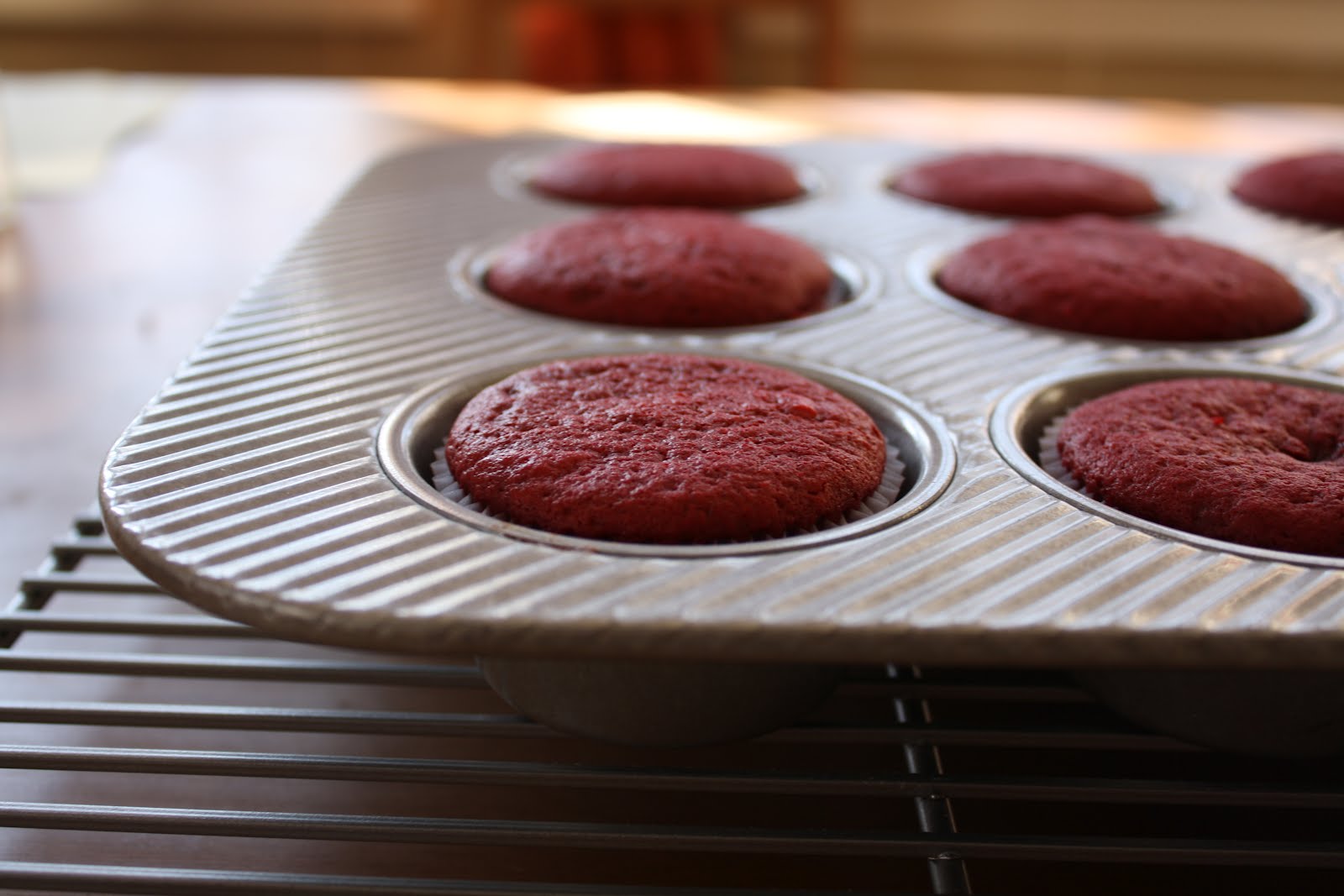 Looks good right? But as we all know from my vanilla and chocolate experiments, that initial first look out of the oven can be deceiving. The cupcakes tended to puffed and bloated from the heat, deceptively appearing to be perfect-domed cupcake tops that cratered or flattened when they cooled.
But this is what they looked like when they cooled: 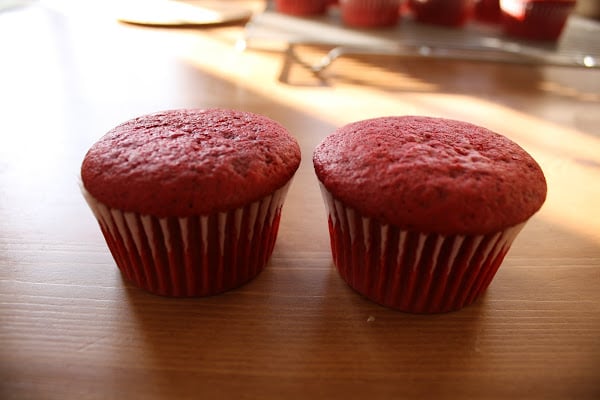 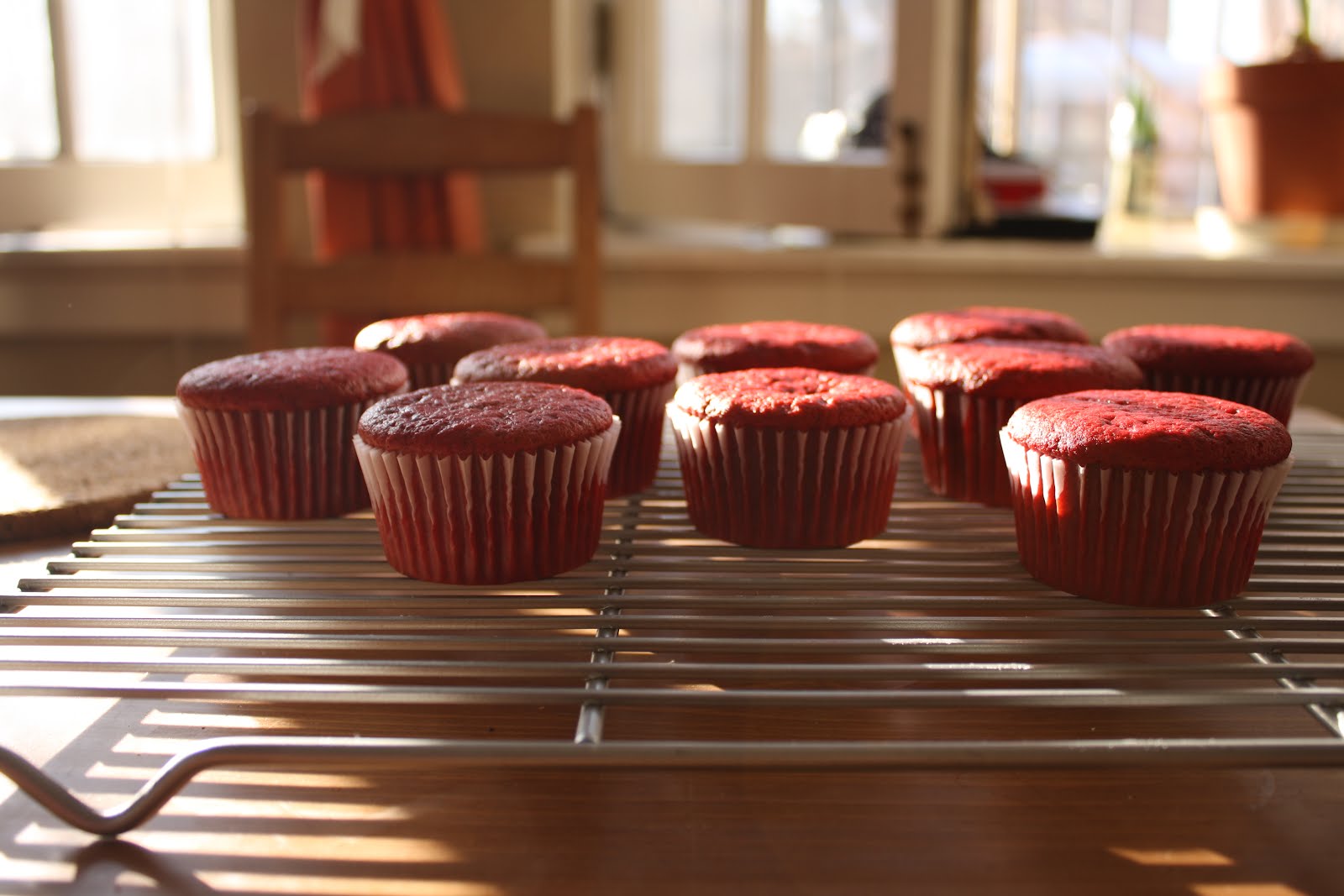 Still puffy! Still domed! No cratering! No flattening! AH!
To be fair, the cupcakes are a little bloated. But just a little. I managed to scrounge up a photo of some Hummingbird Bakery red velvet cupcakes that I had baked when I was at sea-level in San Francisco: 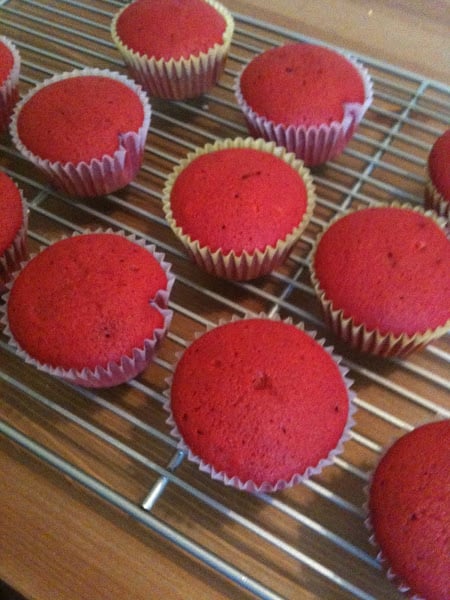 Now compare that to these guys: 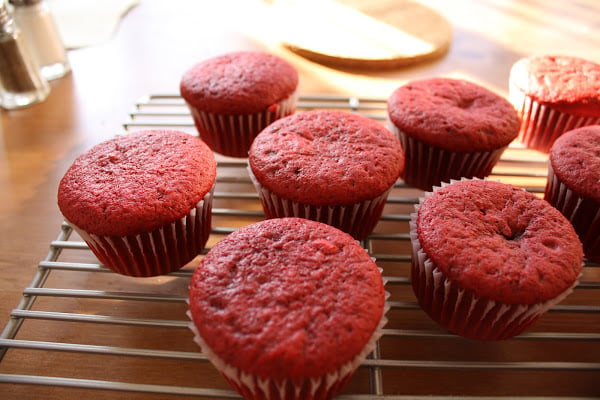 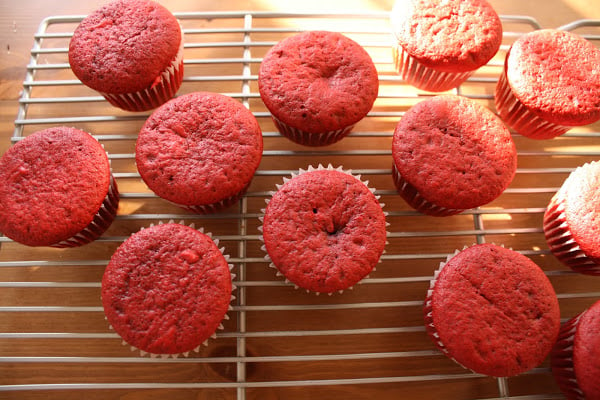 Okay, okay, fine. There is a noticeable difference between the two. The high-altitude ones are, wellllllll… more ugly. Bloated, with cracks and wrinkles on the cupcake tops — maybe this could easily be remedied by putting reducing the amount of batter I put in each muffin tin space? Eitherway, ugly tops can easily be remedied by frosting, right? Or is that cheating or something?

Well, how did they taste? 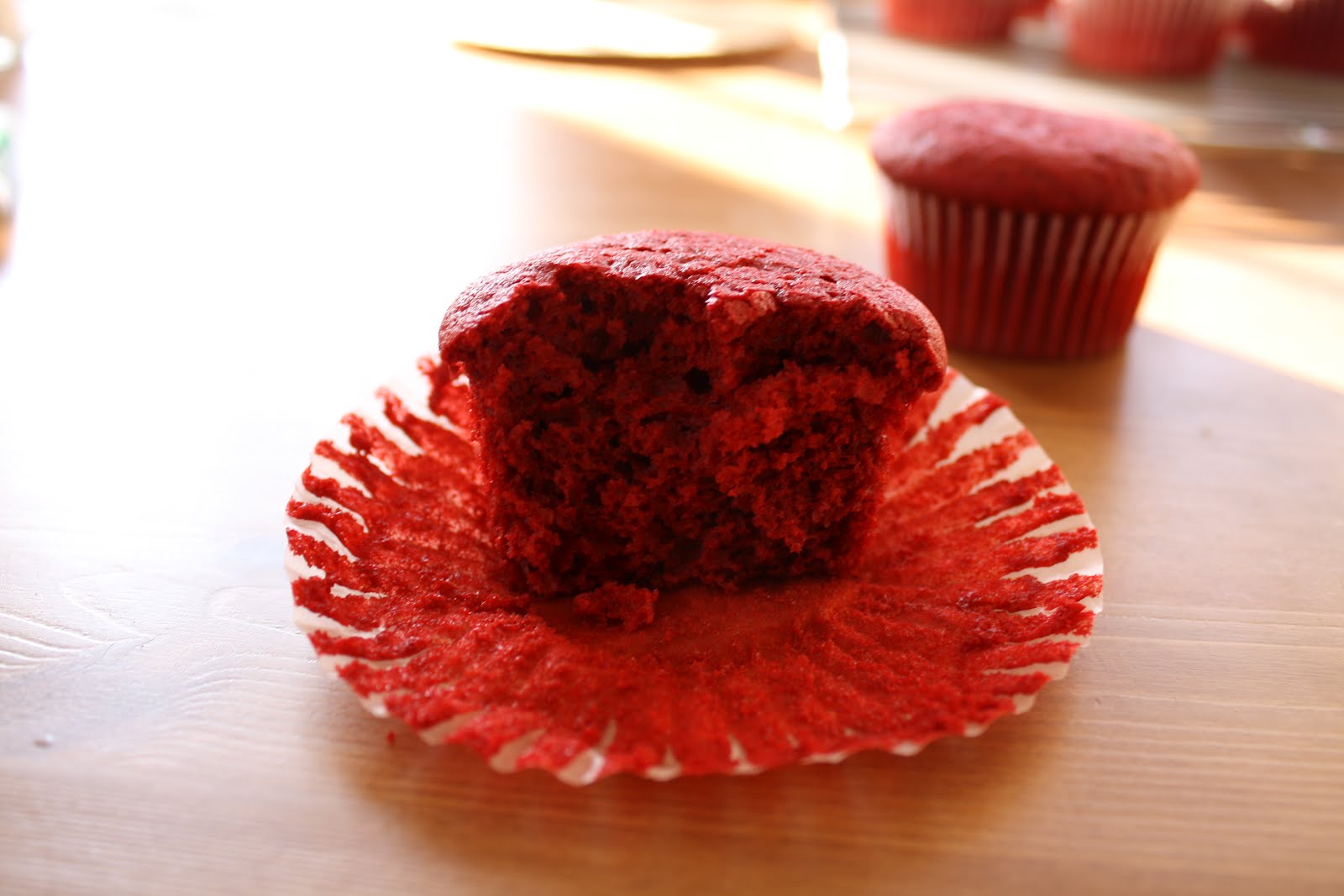 So, is the sea-level recipe worth messing with? What do you guys think?