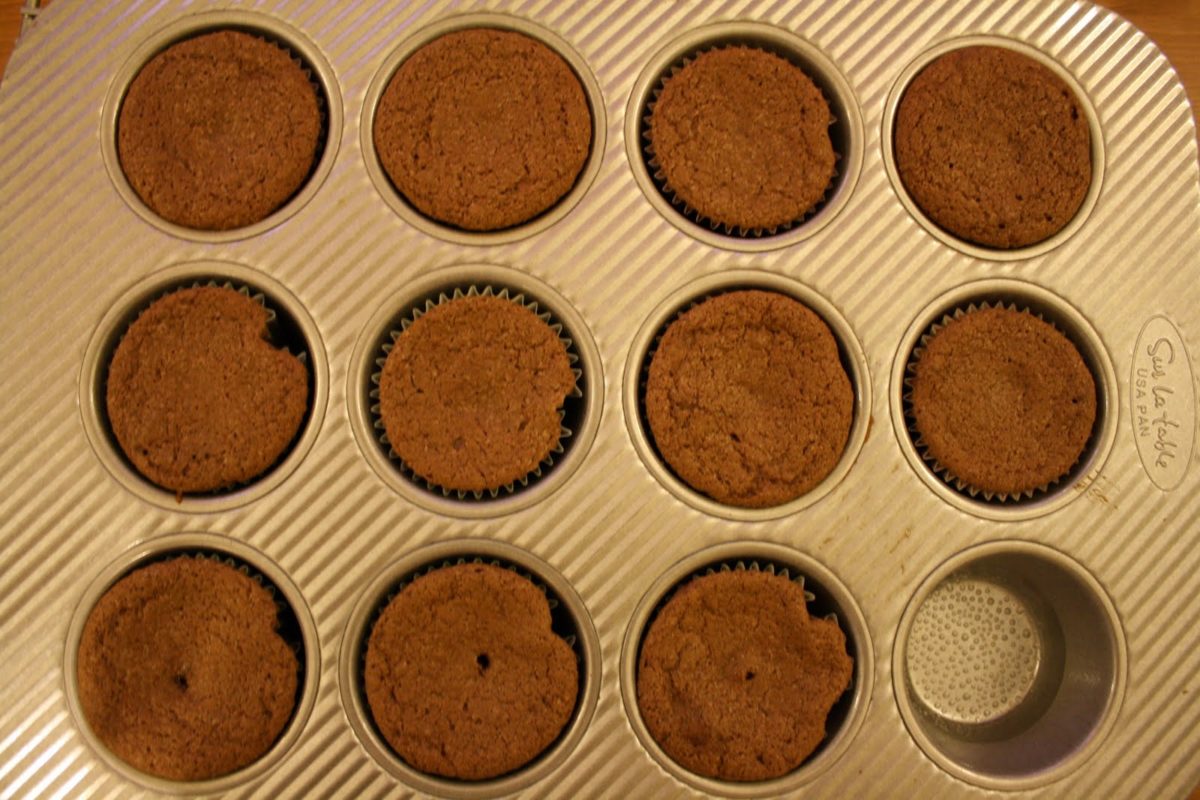 In my last post, I discovered that the sea-level recipe for chocolate cupcakes fared significantly better at high-altitude than that of the vanilla cupcakes. The additional cocoa powder in the chocolate cupcakes recipe provided the extra structure that was needed for the vanilla cupcakes to retain their form. For this reason, I decided to skip messing with the flour and cocoa powder quantities in the original chocolate recipe, and just dive right into messing with other problematic ingredients like baking powder.

Baking powder — or, any leavening agent really — is the bane of the high-altitude baker’s existence.

Recall that leavening gasses like air, carbon dioxide, and water vapor expand fast in higher elevations. Leavening agents like baking powder create these gasses in the cake’s batter. When these leavening gasses expand quickly, cakes rise far too quickly and proceed to sink in the oven or during the cooling process. These gasses expand much faster because air pressure lessens at higher altitude — that is, there is less air pushing down on the cake batter, causing it to rise more easily. So, essentially, the higher the elevation, the lower the air resistance, the more easily the baking powder will work.

Because the Hummingbird Bakery Cookbook use a lot of baking powder in its recipes, I was not surprised to find that I had the same problem with the vanilla and chocolate cupcakes recipes: the cakes, when cooled, would be slightly sunken in. They looked like mini-craters. This is a result of the rising-too-quickly problem I described above. I was able to fix this problem during my vanilla cupcakes experiment by reducing the baking powder, and I hoped the same solution would fix my chocolate cupcakes.

For the vanilla cupcakes, I eventually ended up reducing the amount of baking powder in the recipe from 1.5 teaspoons to 1 teaspoon. A full half-teaspoon reduction — basically subtracting a third of what was needed in the sea-level recipe. That’s pretty substantial if you ask me. I figured that the chocolate cupcakes would NOT need such a dramatic reduction, especially because the cocoa powder in the recipe provided a stronger batter structure that the vanilla cupcakes lacked.

So, with this hypothesis in mind, I started by reducing the original recipe by a rather conservative amount of a quarter (1/4) teaspoon of baking powder. Recall the original ingredients quantity for the chocolate cupcakes:

My amendment (in bold) is as follows:

These were what the cupcakes looked like when I pulled them out of the oven: 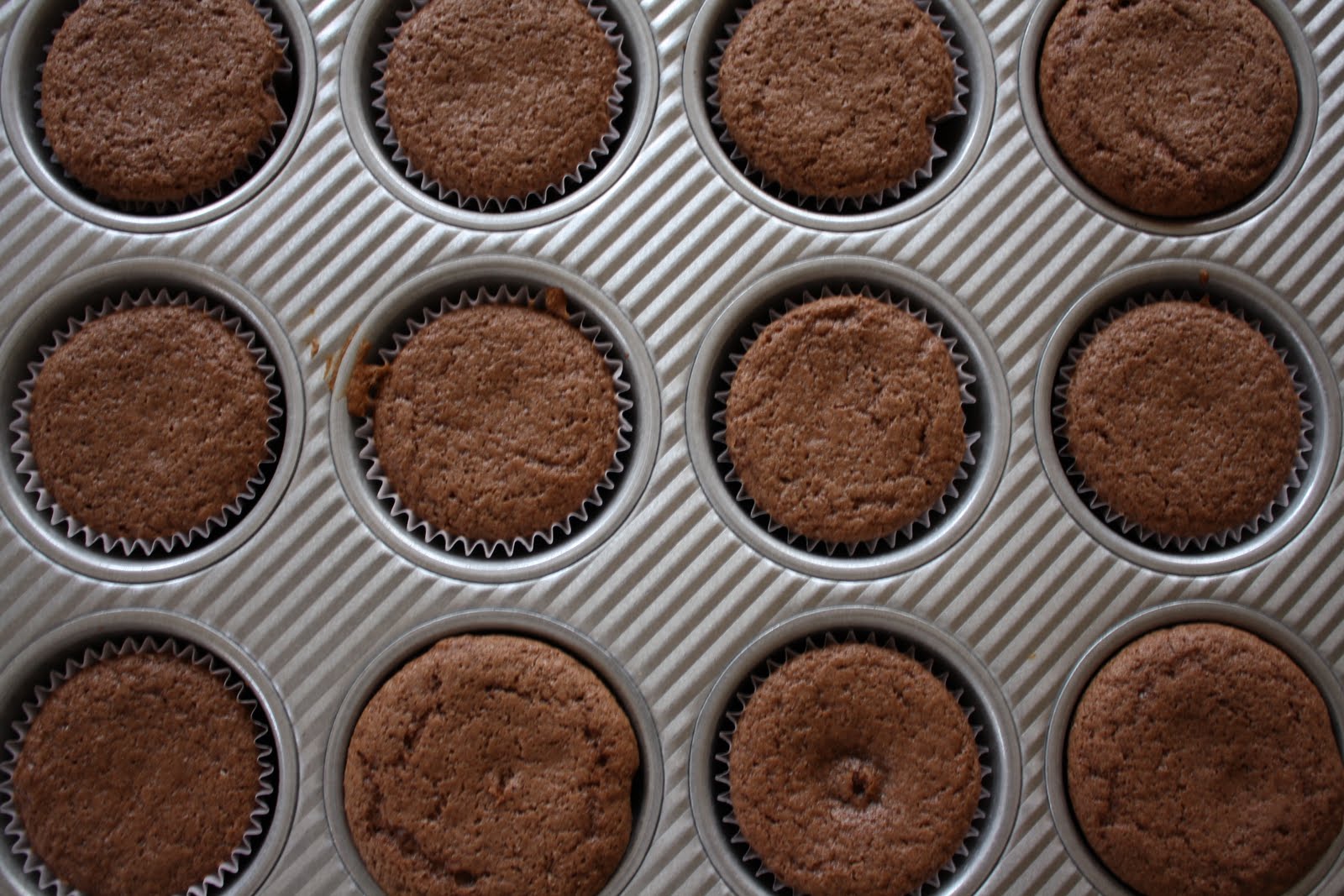 To be honest, they didn’t look all that different from the unaltered sea-level recipe’s results. They even tasted identical — fine, but a little bit sticky and lacking the signature Hummingbird Bakery crumb. Had I been too conservative in my reduction of baking powder?

I decided my next move would be to reduce MORE baking powder. I reduced the recipe by 3/8ths of a teaspoon this time around: 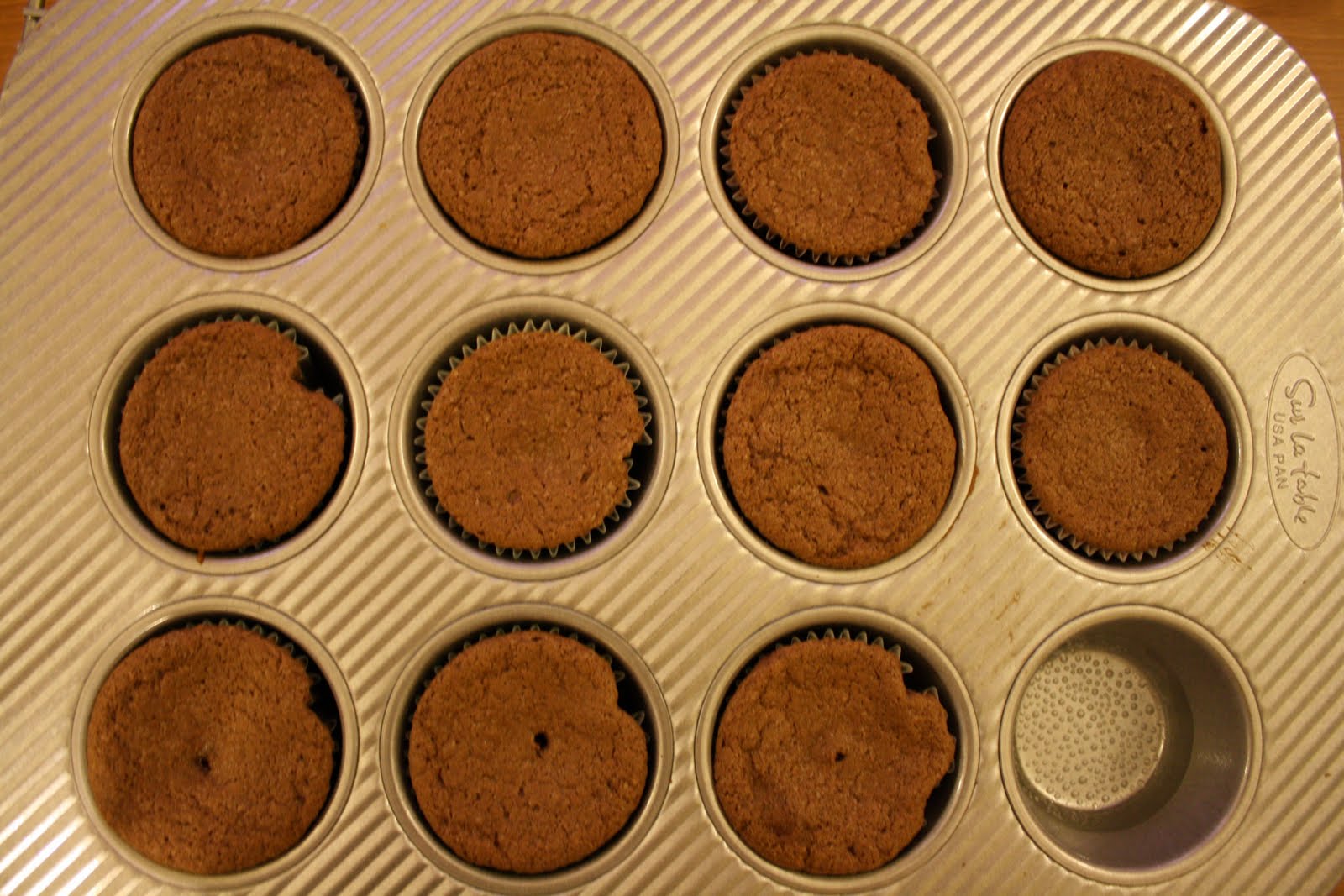 Still not all that different. It looked like my hypothesis was proving wrong. My next step was to reduce the initial baking powder recipe by half (1/2) a teaspoon — the same amount that I had reduced the vanilla cupcakes’ recipe quantity to, with great success.

This is what the cupcakes with only 1 teaspoon of baking powder (remember the initial amount was 1 1/2 (1.5) teaspoons of baking powder) looked like when I pulled them out of the oven: 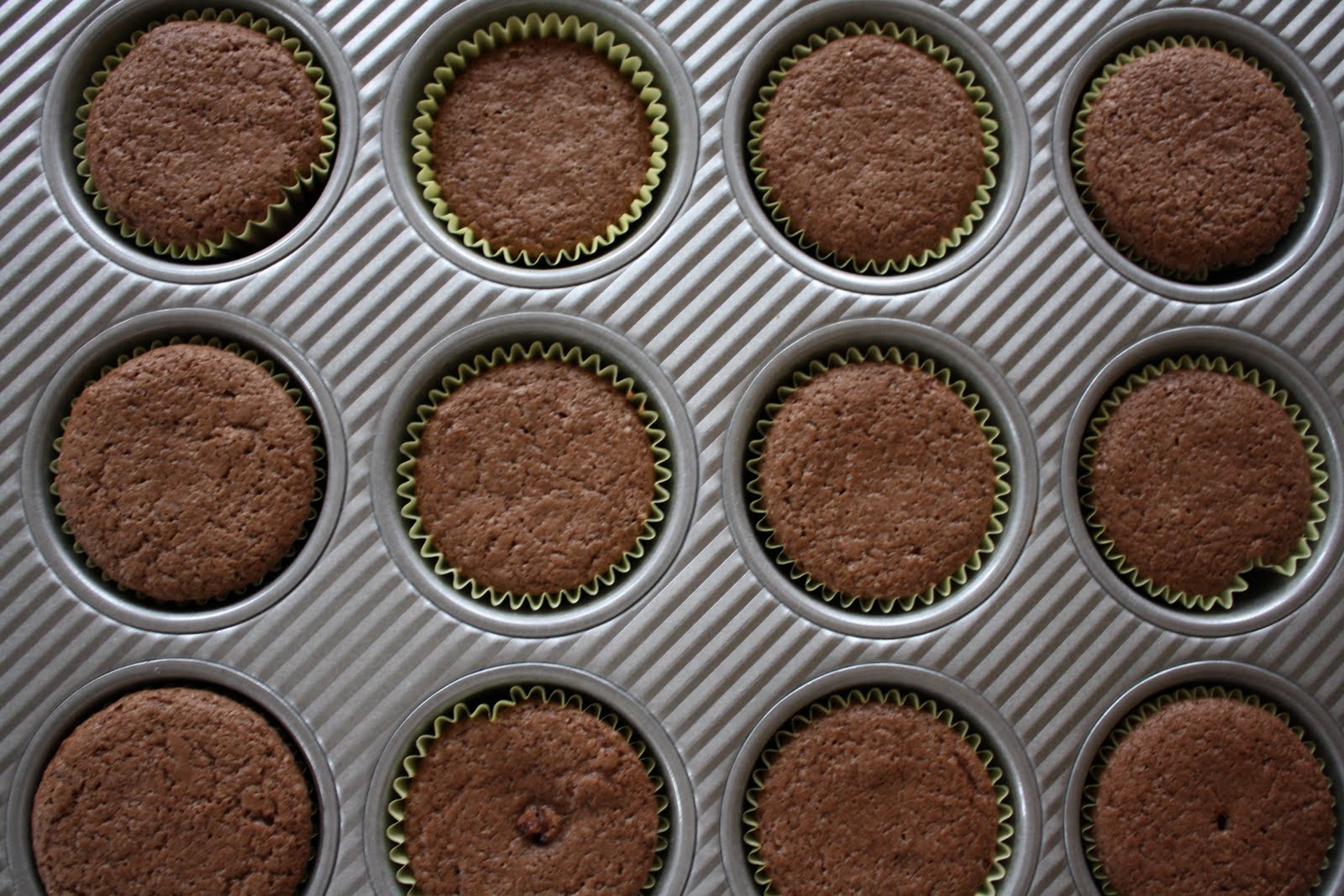 At this point, Erlend pointed out that the cupcakes really did not look all that different from each other. In fact, it looked like there wasn’t any differences between them at all.

What on earth was I looking for?!, he asked. According to him, these cupcakes looked fine.

These cupcake tops, on the other hand, were either very slightly cratered or flat, with sticky tops that stayed sunken in when touched.

Do you see that? I was not crazy when I was ranting about flat-tops versus domed-tops before. These cupcakes only contain 3/4 a teaspoon of baking powder. Their tops are domed, as opposed to flat. See the side by side comparison of cupcakes with only a 1/4 reduction (on the left) versus the cupcakes with a 3/4 reduction (right):

There is a difference, however slight. I suppose a non-aerial shot probably would have helped my cause a bit more, but no matter. I’m still getting the hang of my new camera. The cupcakes on the right, with twice as much baking powder reduced, look smoother and less sunken-in. Yes?

So my hypothesis is wrong! At the beginning of this post, I guessed that the chocolate cupcakes would need a smaller reduction in baking powder than the vanilla cupcakes, since the cocoa powder provided more structure and strength to the batter. But this didn’t seem to be the case. In the end, I reduced the baking powder for the vanilla cupcakes from 1.5 teaspoons to 1 teaspoon; for the chocolate cupcakes, it was reduced from 1.5 teaspoons to 3/4 teaspoons.

Okay… but why did the chocolate cupcakes need a greater reduction than the vanilla cupcakes?

Something to figure out at work tomorrow, I guess.