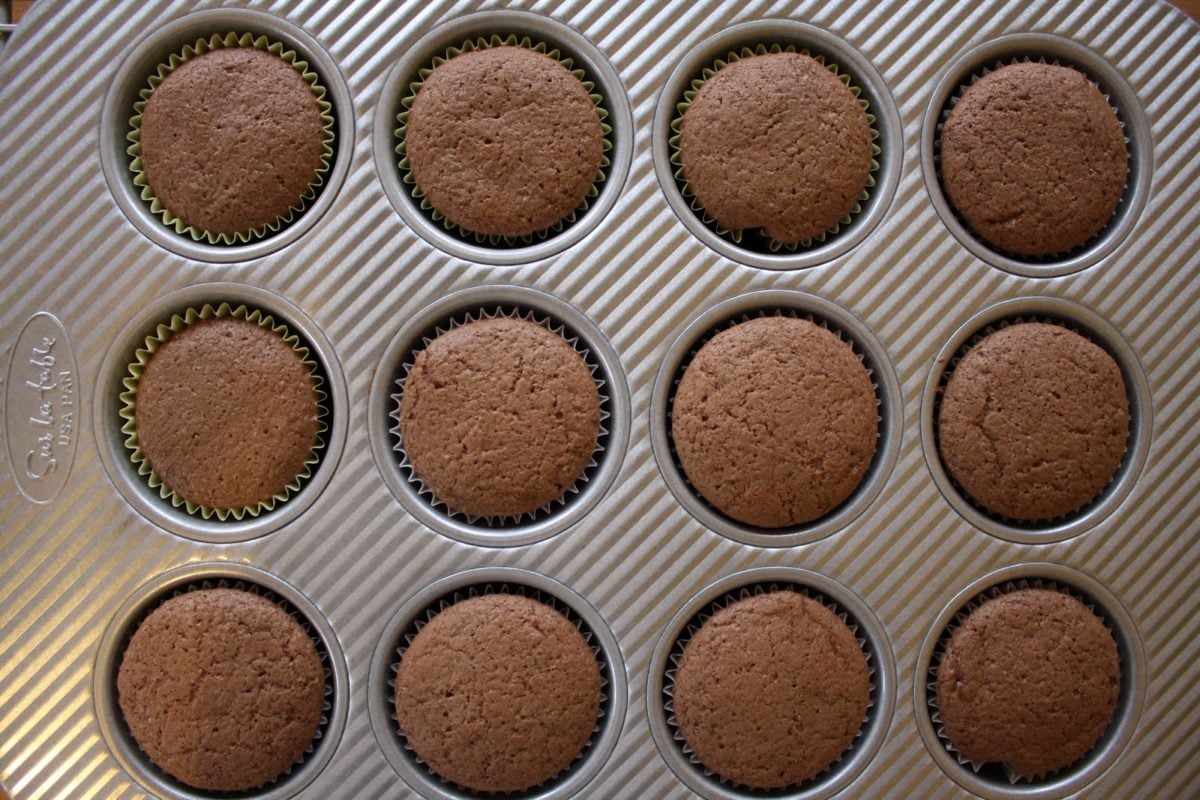 The Science of Nothing: Chocolate Cupcakes Edition

Not gonna lie. My previous discovery — that chocolate cupcakes needed less baking powder than vanilla cupcakes at high altitude, proving my hypothesis completely wrong — had me stumped. I started out by consulting the usual sources. But to be honest, they weren’t that much help. For starters, my go-to cookbook, Susan Purdy’s Pie in […]

I started out by consulting the usual sources. But to be honest, they weren’t that much help. For starters, my go-to cookbook, Susan Purdy’s Pie in the Sky: Successful Baking at High Altitudes, didn’t have a paragraph dedicated to any chocolate products, let alone cocoa powder. Joy of Baking, a normally reliable internet source, had nothing except for stating the opposing fact that more leavening agent is sometimes used in recipes containing cocoa powder to offset the powder’s drying and strenghtening affect in the finished product.

My last hope lay with Paula Figoni’s How Baking Works. The culinary textbook has an entire chapter dedicated to cocoa and chocolate products, with a pretty lengthy section on the functions of such products. But aside from agreeing with the Joy of Baking and confirming that indeed, cocoa powder is an extremely effective drying and structuring agent, there was nothing I could use to help solve the mystery.

I guess I suffered the throes of food blog writer’s block, because for the next few days, I pushed aside this mystery and focused on other things. Despite the fact that I left Ms. Figoni’s textbook open in the middle of my coffee table to a page labeled “Handling Chocolate Products”, I pretty much ignored it. I watched Portlandia on my laptop, using the open pages before me as a sort mat protecting my legs from the heat of my computer. I played with my new Canon Rebel XSi, taking close-up pictures of the open textbook, wondering how Coco from Roost produced significantly more beautiful photos, despite the fact that we used the exact same camera. I reread the first book of the Hunger Games series, even though I had already read it twice within the last month.

My attention returned (rather guiltily) to the open textbook when Katniss Everdeen started dipping her bread rolls in hot chocolate. Out of the corner of my eye, I saw a section titled “Tempering Chocolate”. I had previously ignored this section because I didn’t believe tempering to be relevant to my baking experiment. Tempering, the process of controlling the melting and the cooling of the chocolate before it sets, is a process strictly for handling solid chocolate — or so I thought.

“When chocolate is melted and allowed to cool on its own, it takes a while for it to set.”

I must confess that I had been a little too optimistic in my previous post. Recall that I declared the – 3/4 reduction in baking powder the winner of my experiment because it produced perfectly risen and domed cupcake tops: 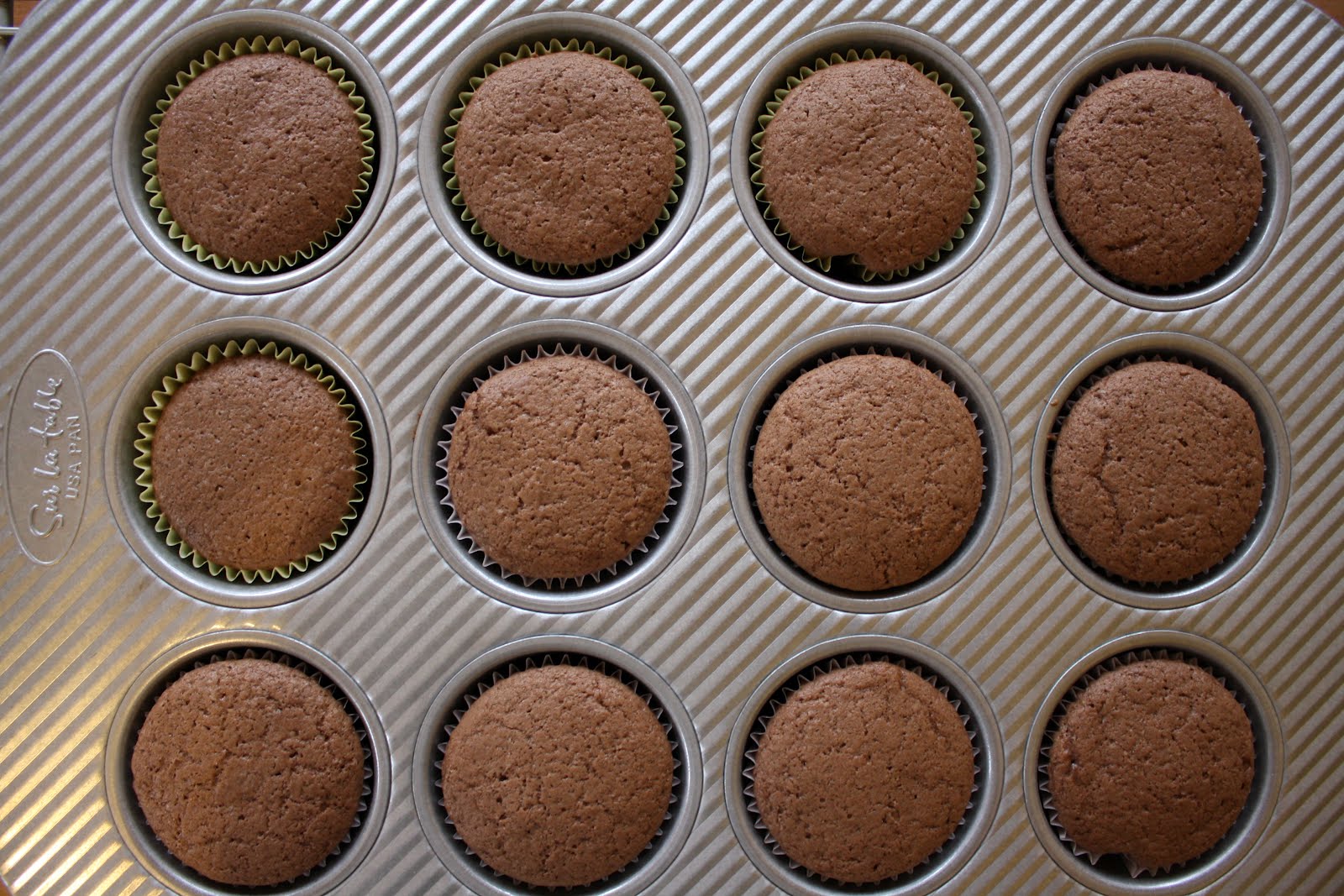 But see, above is a photo of what the cupcakes looked like fresh out the oven. That is, I put down the tray, took off my oven mits, and snapped a photo. They looked perfect, but warm and bloated from the hot oven air.

Because this is what happened when they cooled: 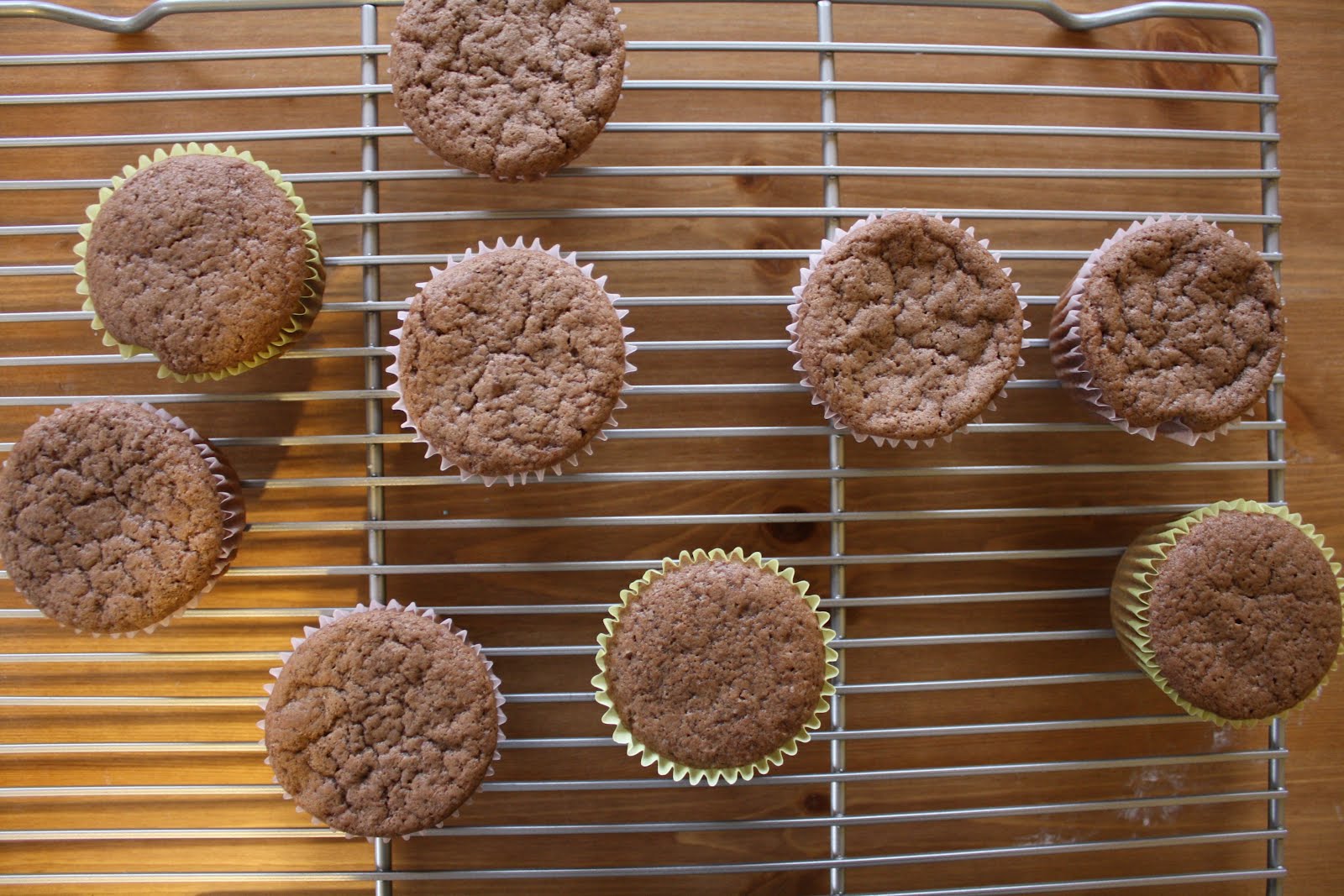 The cupcakes sank! Yes, they cratered. Like every adjustment failure I’ve made before. Even with the SIGNIFICANT reduction of baking powder. 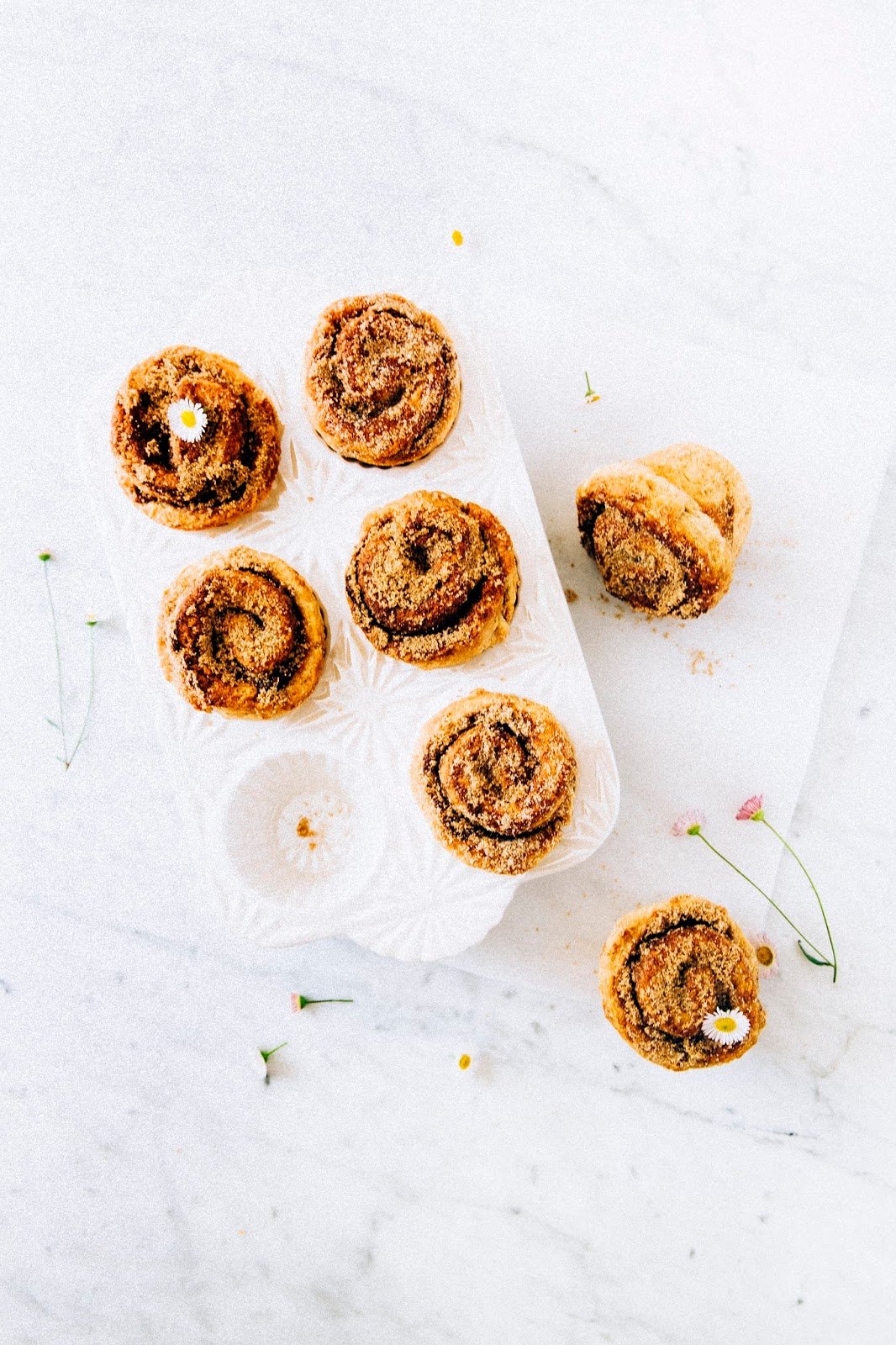 Sure, not flat. Vaguely, ever-so-slightly domed. Definitely not the nice, puffy dome that first came out of the oven.

As a matter of fact, almost every cupcake version I had tried, regardless of how much or little I reduced the baking powder, cratered like the unaltered sea-level recipe did when they cooled: 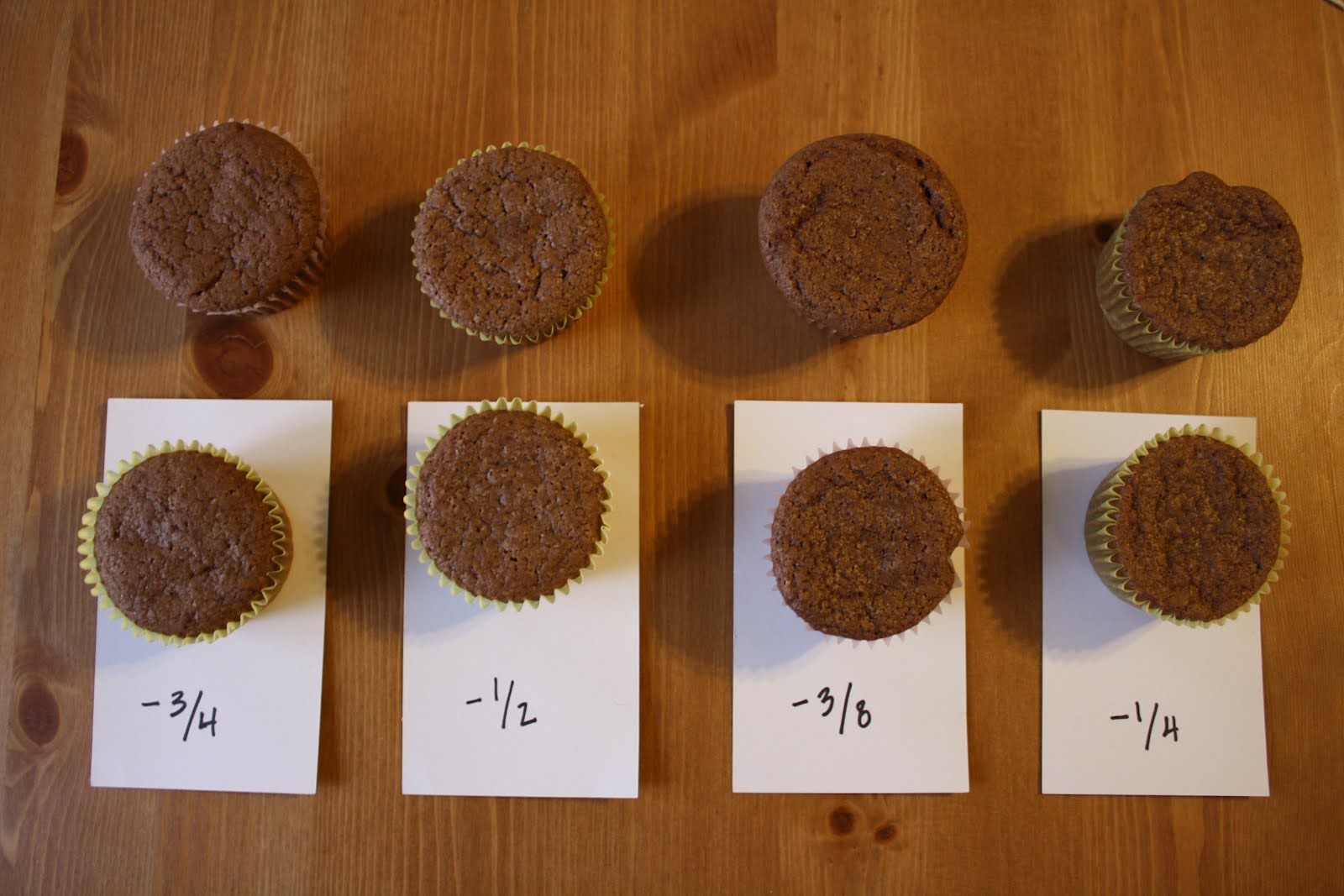 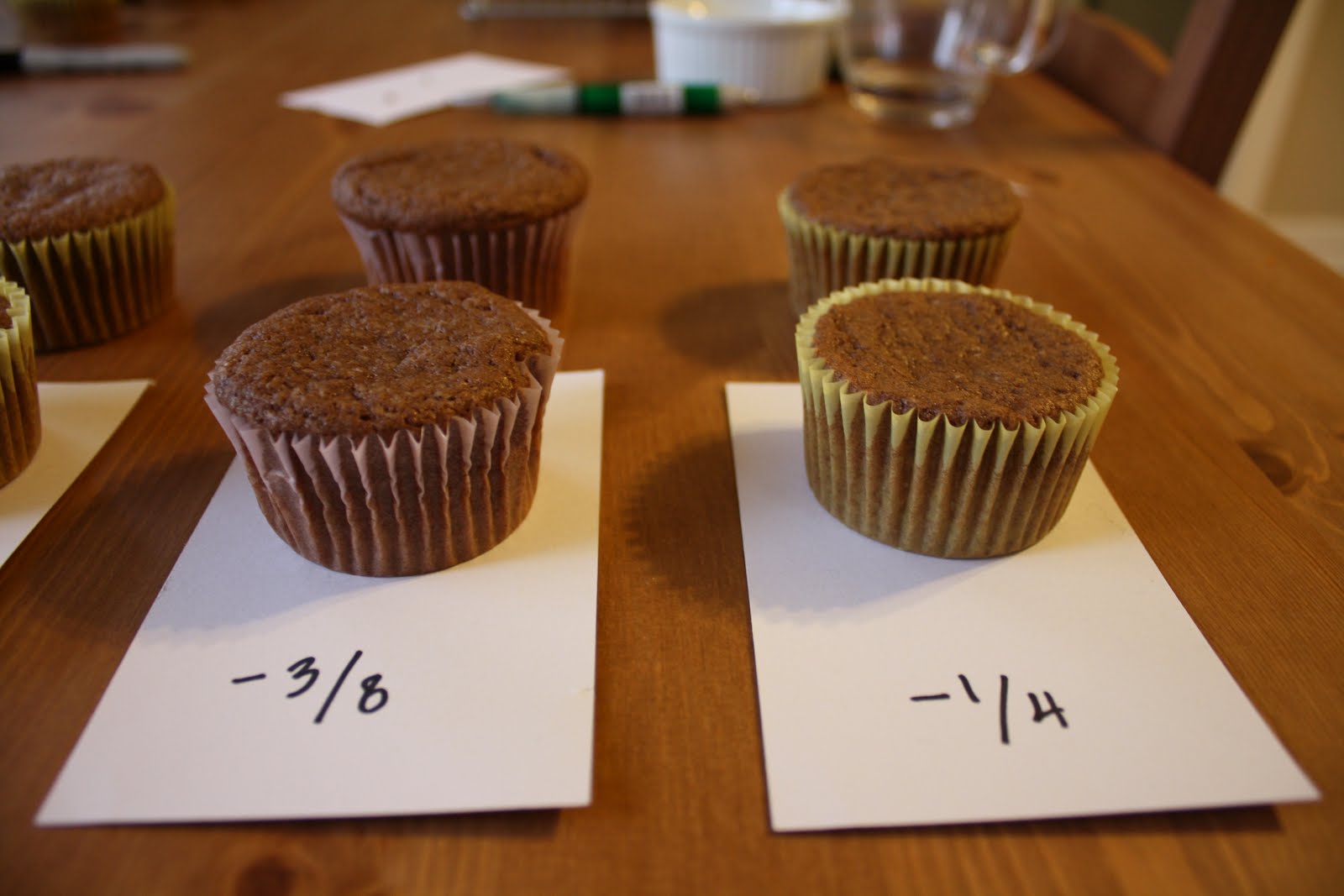 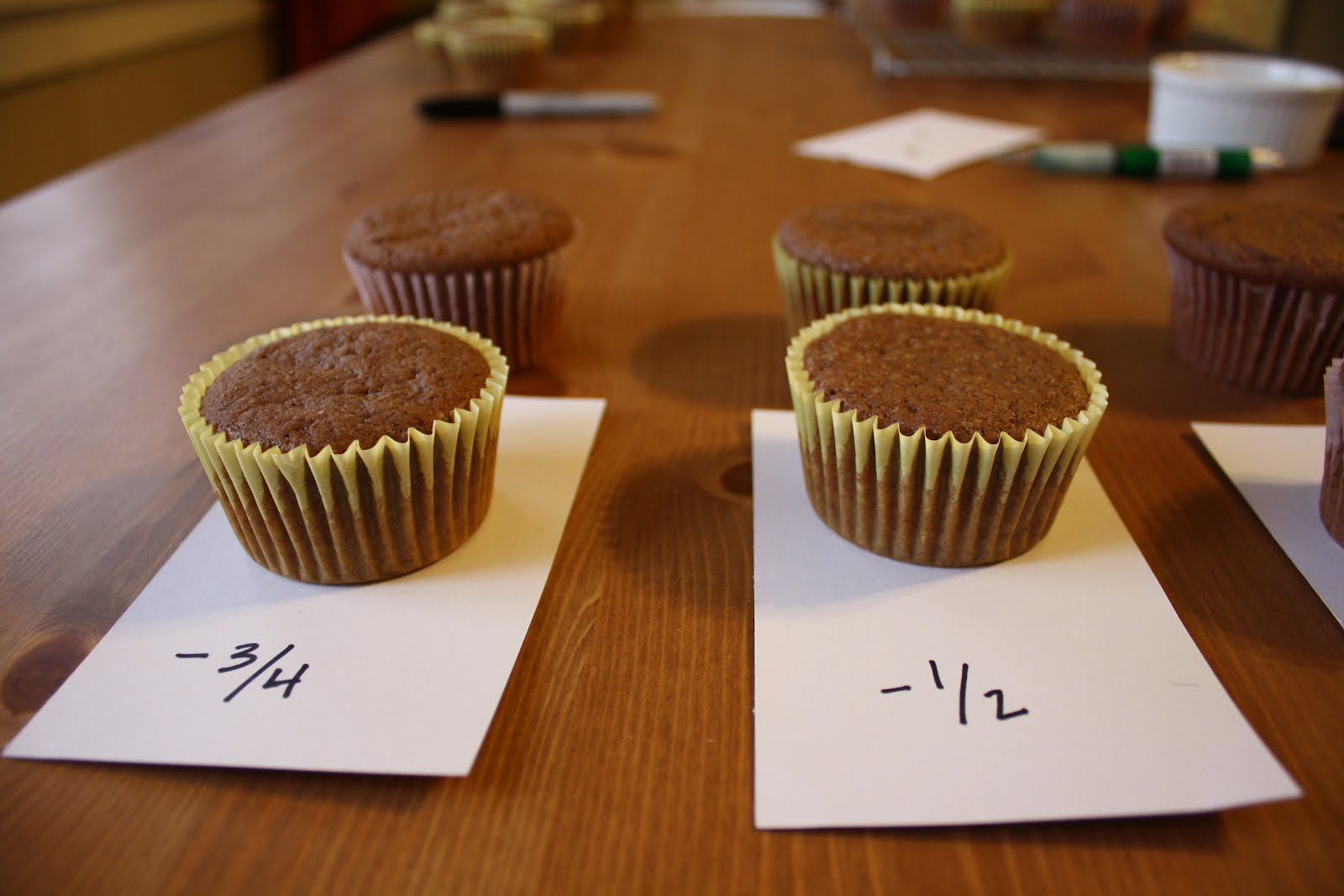 According to How Baking Works, when chocolate is melted and allowed to cool on its own, it takes a while to set. When it does finally set, several things could go wrong with the chocolate — dull appearances, gritty and crumbling textures, gray and white streaks she ominously calls ‘fat blooms’… the list goes on.

“Soft” chocolate? Maybe the kind that would cause my cupcakes to sink and become unstable?

The main tool used for tempering chocolate is temperature; Paula Figoni even provides specific temperature ranges allowing readers to see which temperature leads to what sort of crystal in the chocolate. This is especially relevant because one of the things that remained consistent during my earlier experiment reducing baking powder is that none of the cupcakes looked like they were fully cooked. The Hummingbird Bakery Cookbook states that fully cooked cupcakes have tops that “spring back when touched”; however, all four rounds of cupcakes in my earlier experiment had tops that remained sticky and deflated from the touch.

Indeed, almost all high-altitude tips recommend increasing the oven temperature by a few degrees. The idea behind this is to use a higher temperature to “set” the structure of baked goods before they overexpand and dry out — especially since the propensity for baked goods to overexpand and dry out at high-altitude is significantly greater since leavening and evaporation proceed much more quickly. Recall that the high-altitude version of vanilla cupcakes needed a temperature increase of 50 (F) degrees from the original recipe before they actually cooked properly.

So, long story short, it sounds like the answer to my problem could be fixed by controlling the chocolate cupcakes’ “setting” process by increasing the recipe’s oven temperature.