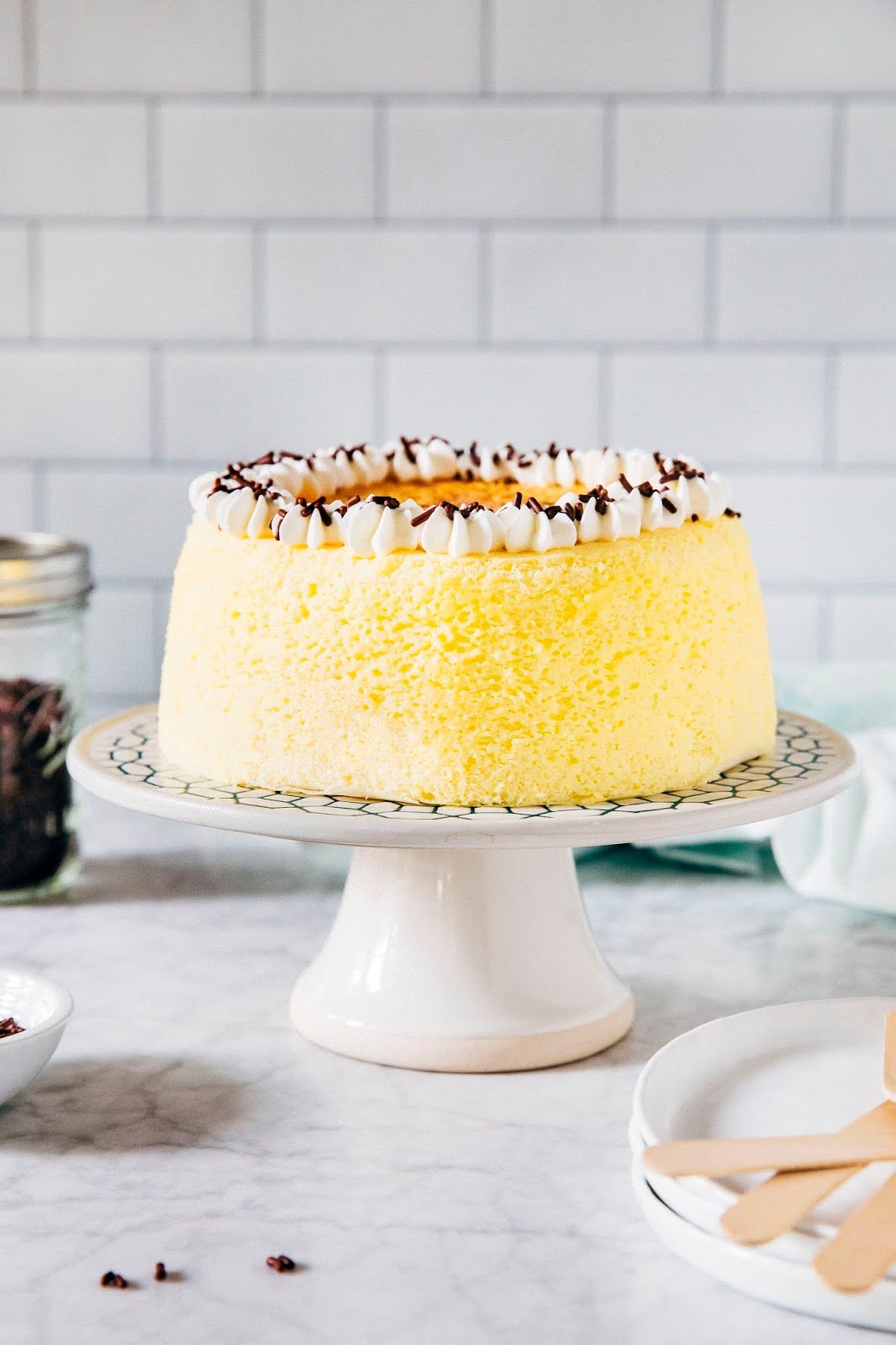 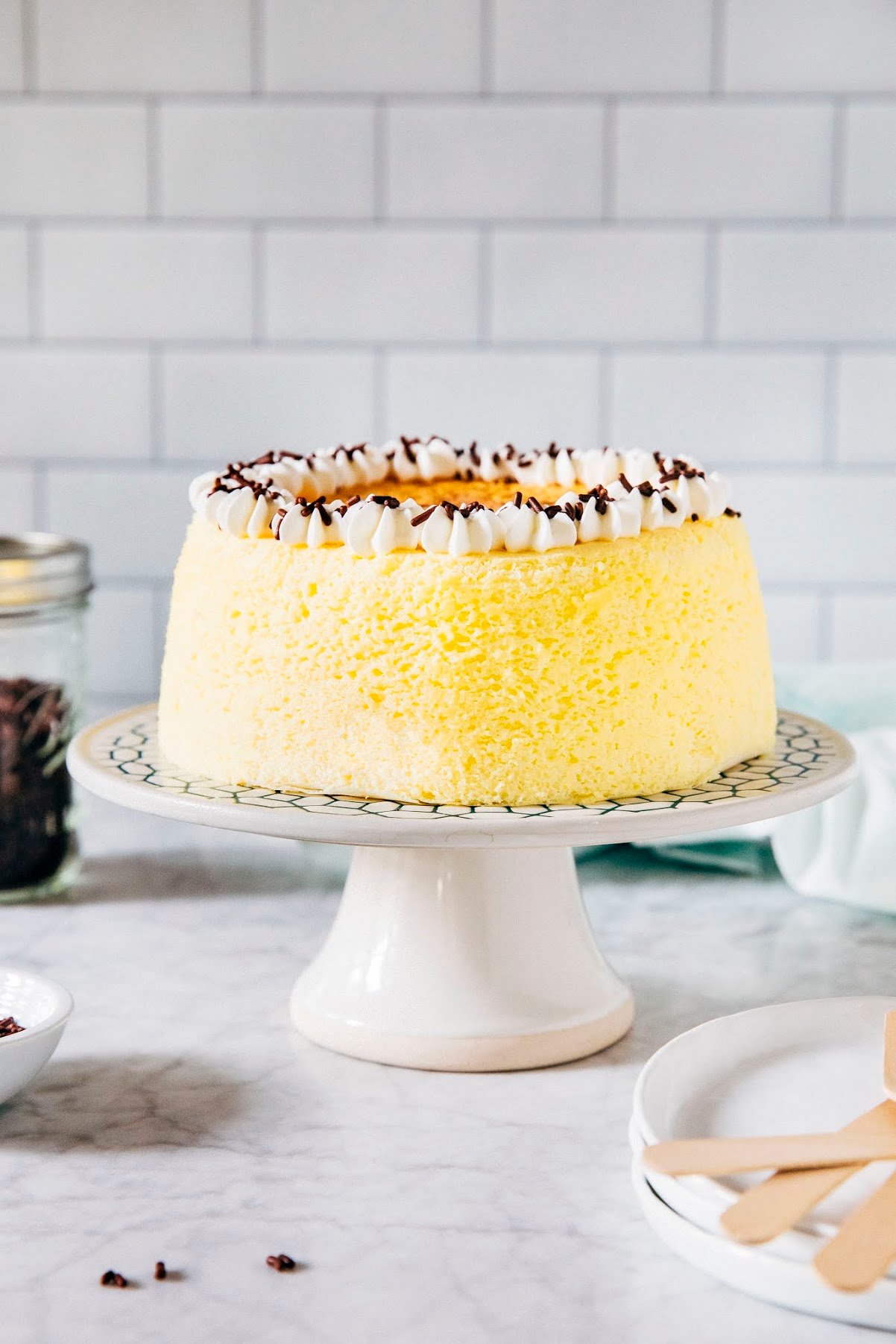 If you follow me on Instagram, you’ll know that I’ve spent the last few months testing a Japanese cotton cheesecake recipe. Japanese cotton cheesecakes are a cross between the creamy, regular ol’ cheesecake that we know and love and a light and airy Genoise sponge cake. As opposed to being dense and creamy like a New York cheesecake, they’re tall and airy with the subtle flavor of cream cheese. They taste exactly what I imagine a cheesecake flavored soufflé would be like, with a light and fluffy texture similar to cotton (which explains its name, I guess).

I’m not exactly sure how I first found out about Japanese cotton cheesecakes, or why I got the idea to make one in the first place — it must have been a stray image on Pinterest that inspired me? Or maybe one of these cakes when idly browsing Goldbelly for what else I could add to my order of Russ and Daughters lox? Eitherway, researching recipes led me down a rabbit hole of YouTube videos of folks making the Japanese cheesecake and poking them to show the cakes’ signature jiggle. This is now my second favorite YouTube genre of videos ever, right after the genre of “small girls beating up men trying to rob them”. Anyway, search “Japanese cotton cheesecake jiggles” on YouTube. You heard it here first. 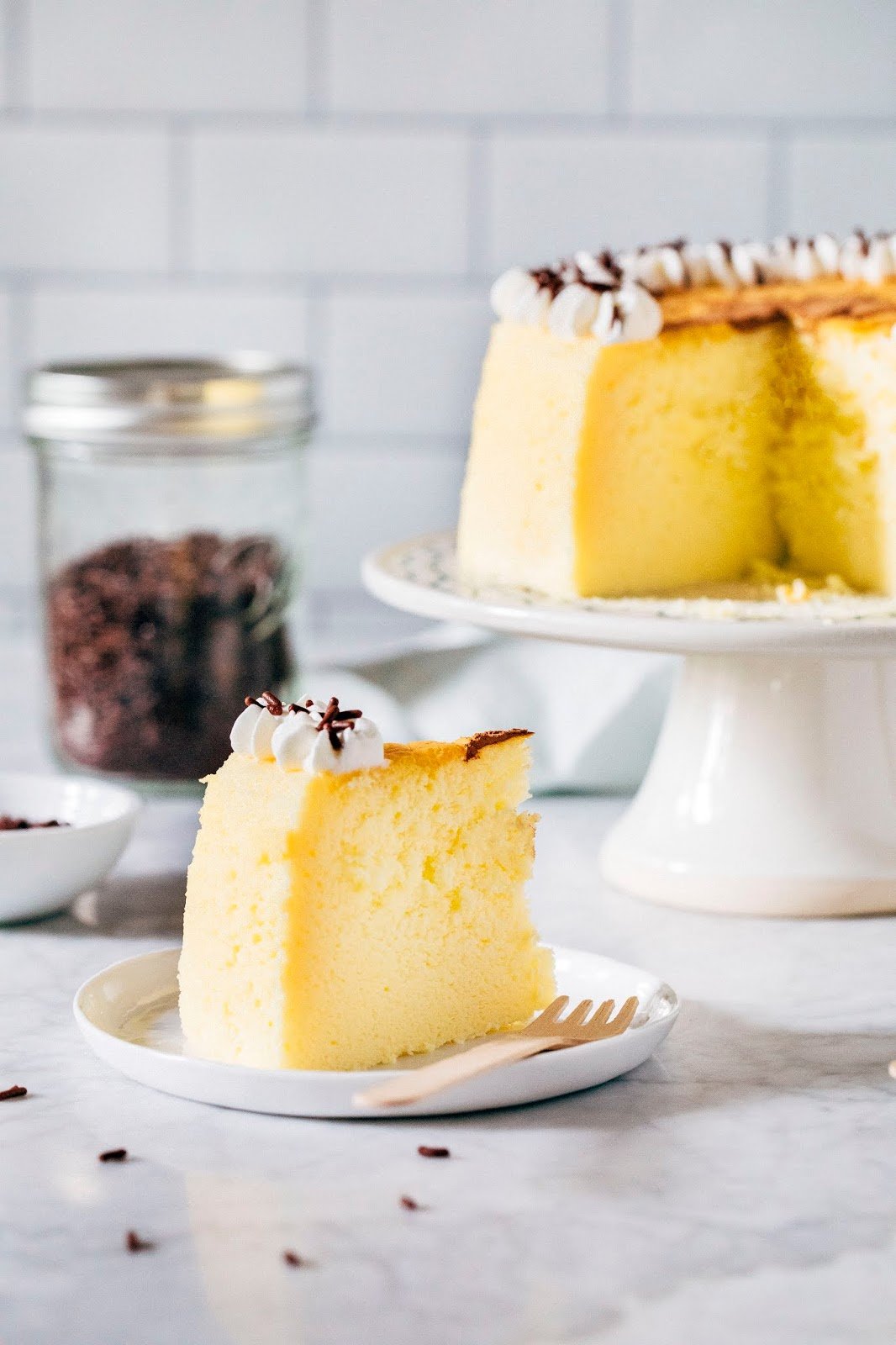 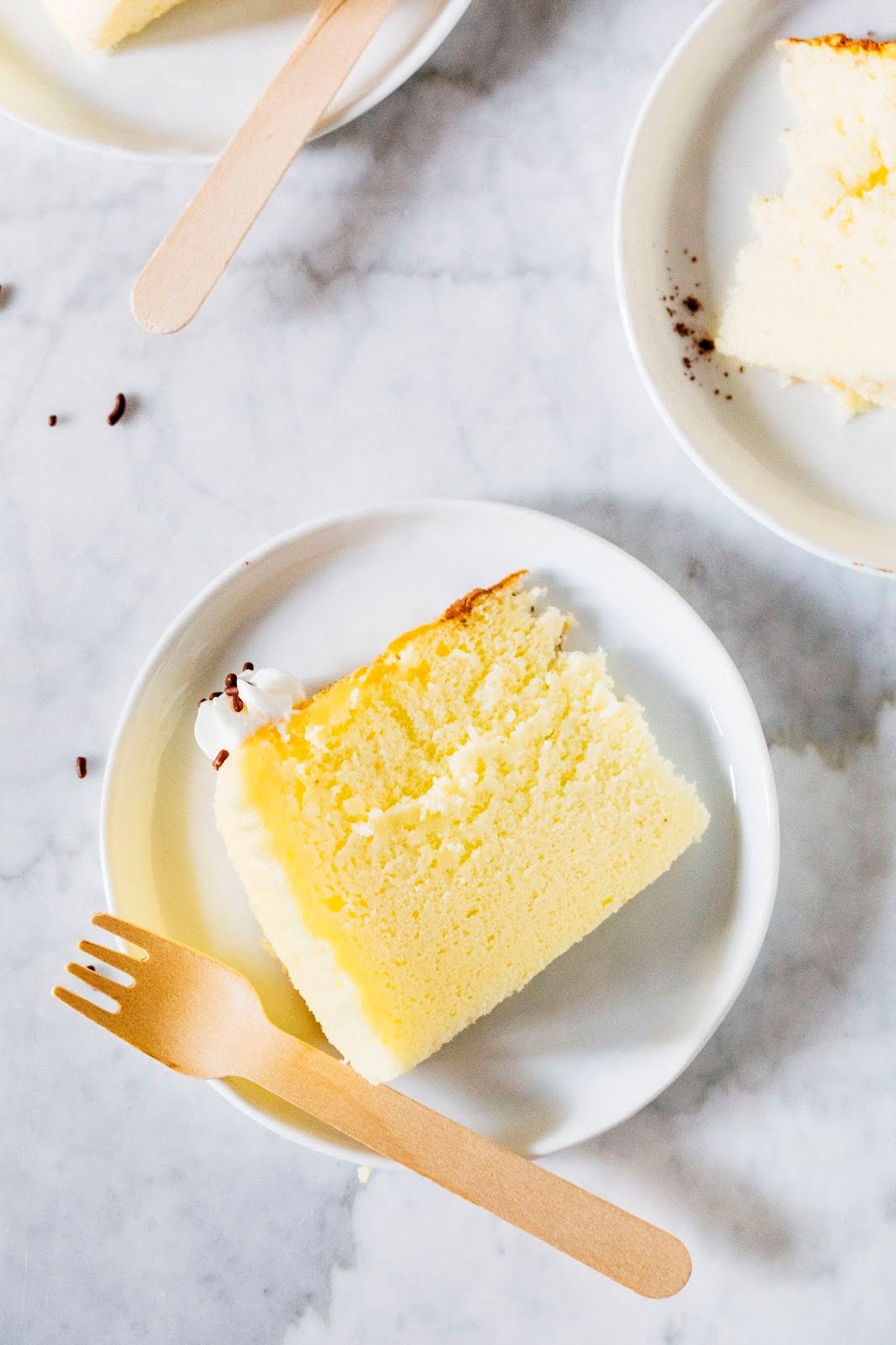 If I’m being honest with you guys, this is not the easiest recipe to make at home. To get the cheesecake’s signature height and jiggle, you’ll need to invest in a pan with 4-inch sides. Most Japanese recipes also appear to be made in a 7-inch cake pan, which is not a standard pan size in the United States — and unfortunately, my attempts at making the pan in more commonly available pans led to cracked tops (when baked in the 6-inch pan) and dense cakes (when baked in the 8-inch pan). It also requires the use of several bowls, an oven proof cocotte (more on that later), and the technical knowledge of how to fold a batter without deflating too much air (which I personally think is one of the hardest techniques in baking). I can tell you’re exhausted already, and I’m sorry. 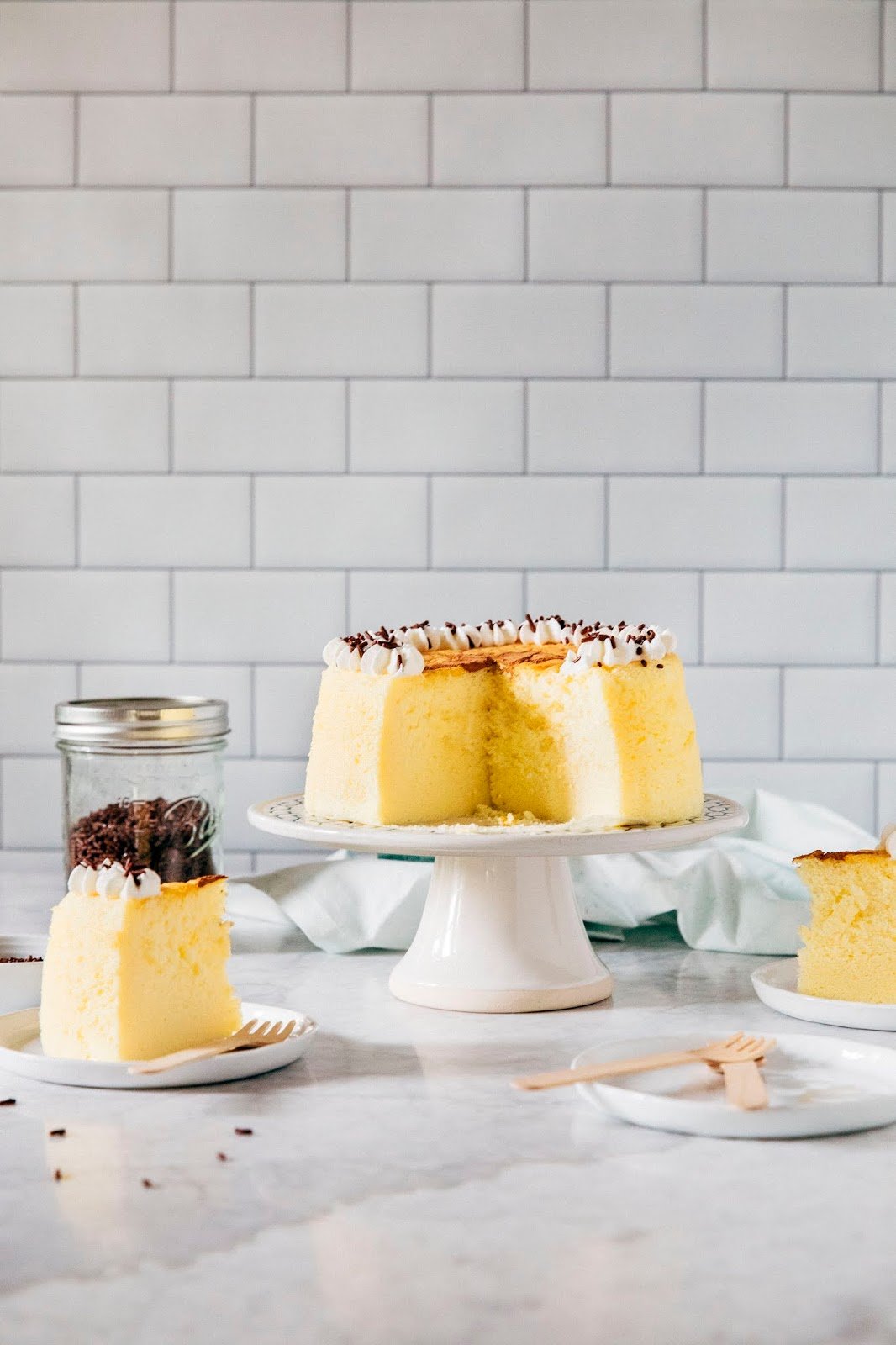 I realize that a complicated recipe like this one goes exactly against my New Year’s resolution of simplifying my recipes and making them more accessible to folks who don’t have 30 cake pans in their possession (cough) or have boxes of Valrhona feves in their basement (cough cough). And I have a ton of those planned this year too, I promise! You’ll have more recipes like chocolate chip cookies and banana bread waffles in your hands soon. But right now, it’s proving surprisingly hard to reign in my urge to pretend like I’m on the showstopper challenge of the Great British Bake-Off finale and come up with all sorts of crazy bakes. So tell me: WHAT KINDS OF RECIPES ARE YOU LOOKING FOR? Do you want more solid, delicious basics, or are you okay with reading about more complicated recipes like this one if they’re full of handy knowledge and research? Tell me in my reader survey (or learn more about why I’m doing one in the first place), and for now, enjoy this jiggly cheesecake. 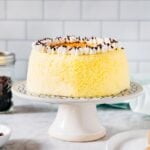