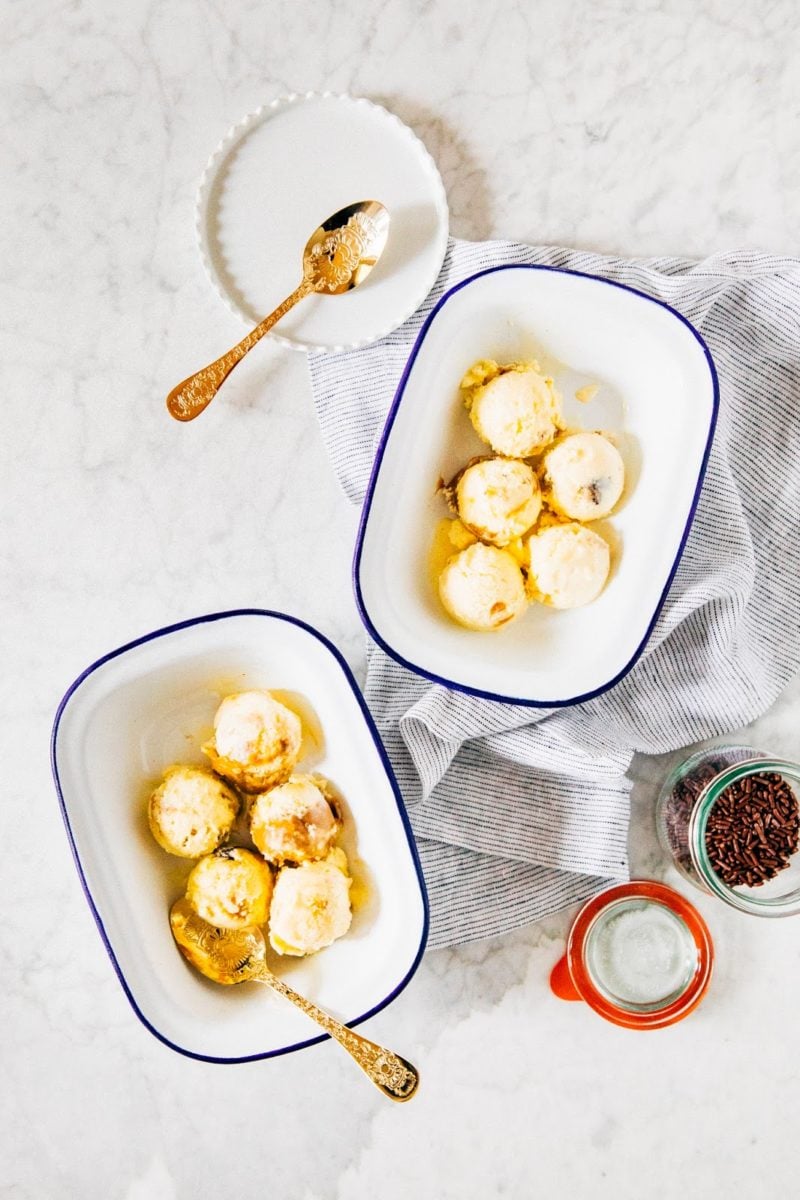 So… similar to my last recipe for champagne glazed shortbread cookies, today’s post was supposed to be a completely different post. I tend to plan my editorial calendar for my blog months in advance, and for my first recipe in 2018, I was going to cater to the New Year’s Resolution masses and develop a […] 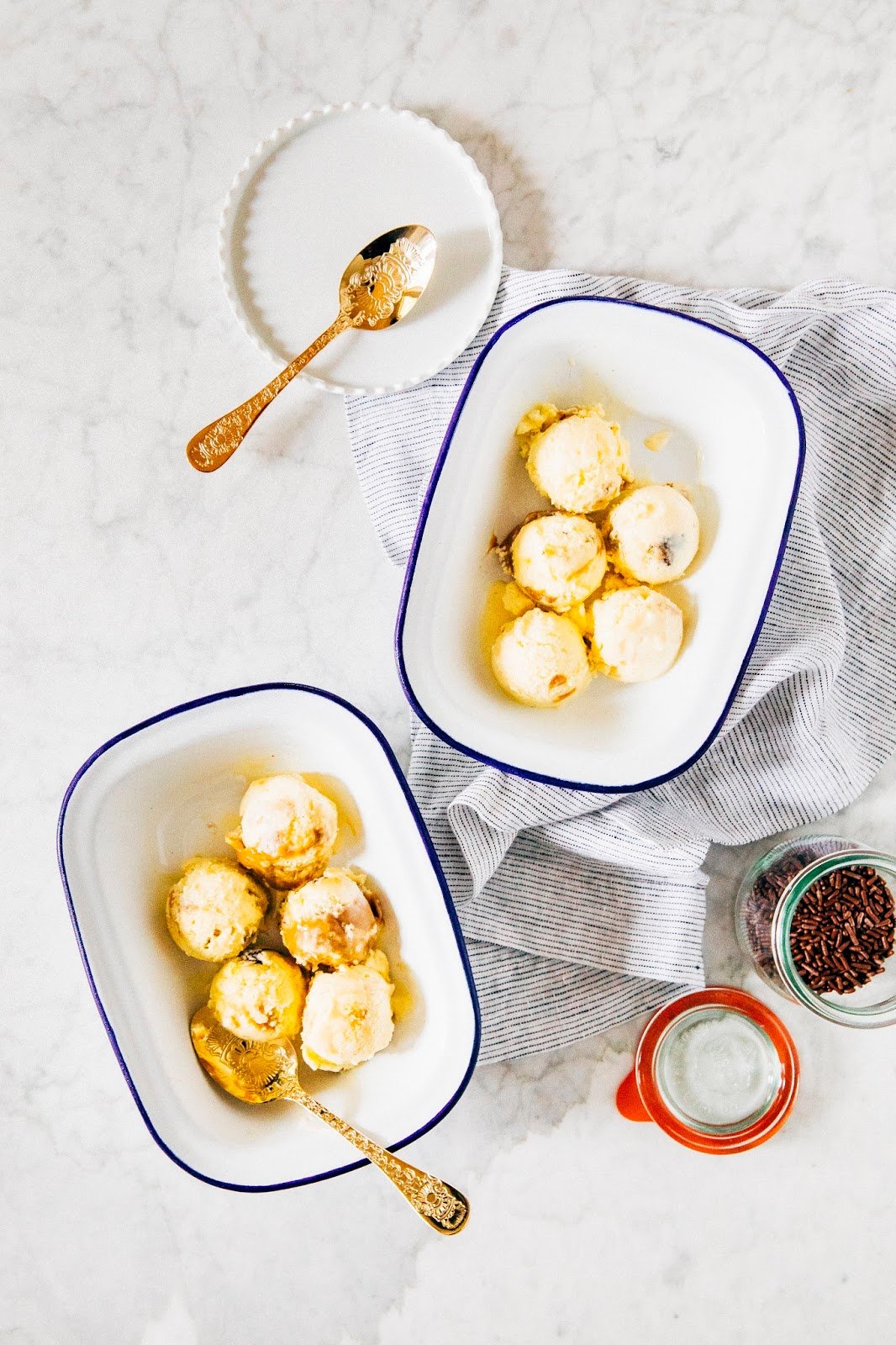 So… similar to my last recipe for champagne glazed shortbread cookies, today’s post was supposed to be a completely different post. I tend to plan my editorial calendar for my blog months in advance, and for my first recipe in 2018, I was going to cater to the New Year’s Resolution masses and develop a recipe for grapefruit detox popsicles. Whatever that means (Because a detox popsicle? Really? Who am I kidding?).

But because I’ve been working slowly and steadily on my book, Weeknight Baking, I always have a ton of ingredients leftover from the recipe testing. Leftover doughs, good-but-not-quite-perfect cakes, 1/4-cup of some ingredient here or there. The worst was when I was working on the white cake recipe. There was about a week in which I always had about a dozen egg yolks leftover at the end of the day that I didn’t know what to do with. 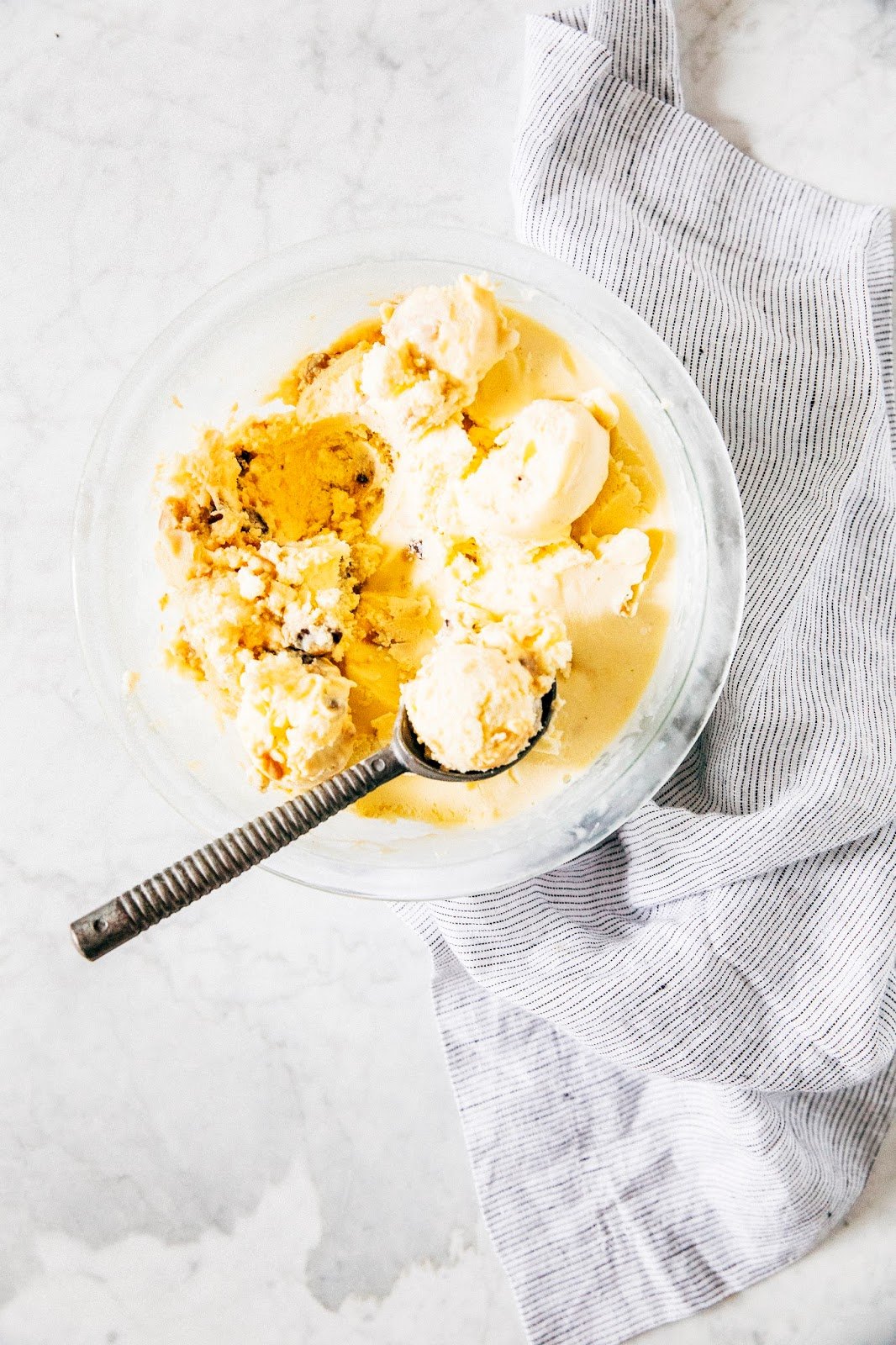 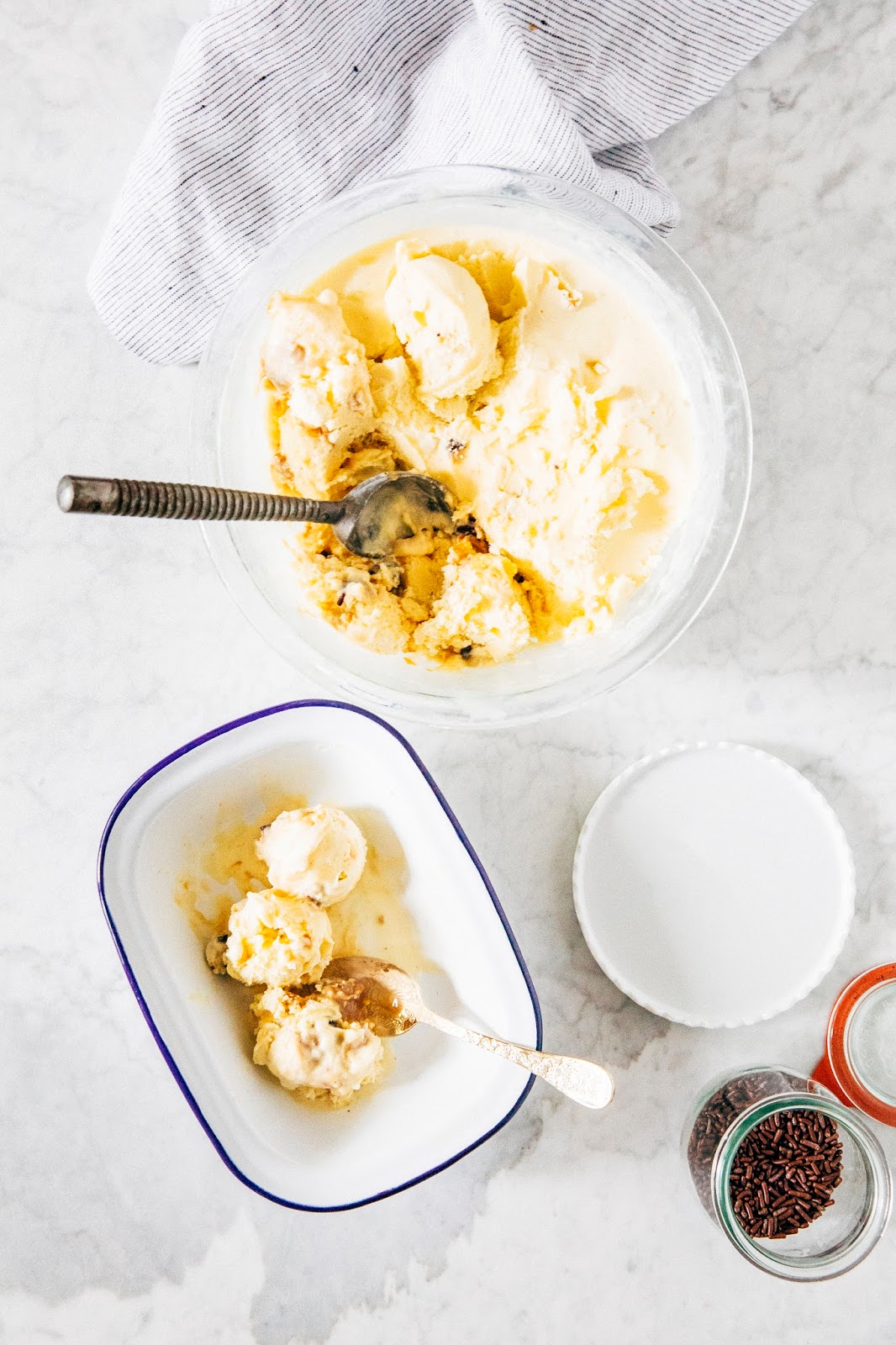 At first, I was using the egg yolks in custards: a key lime pie requires four, this egg yolk chocolate chip cookie recipe can be adapted to use another four. But that still left me with another four. And repeating the tests the next day would leave me with another 12, leading to 16 yolks total. Four per recipe wasn’t enough to keep up with the volume of egg whites I was using. I needed to find the heavy hitters — my grandma’s leche flan recipe used 12 egg yolks, Miette’s yellow cake recipe used another 10 (for a six-inch cake; crazy huh?). Thomas Keller’s vanilla ice cream recipe in the Ad Hoc At Home cookbook? Calls for 10 yolks. 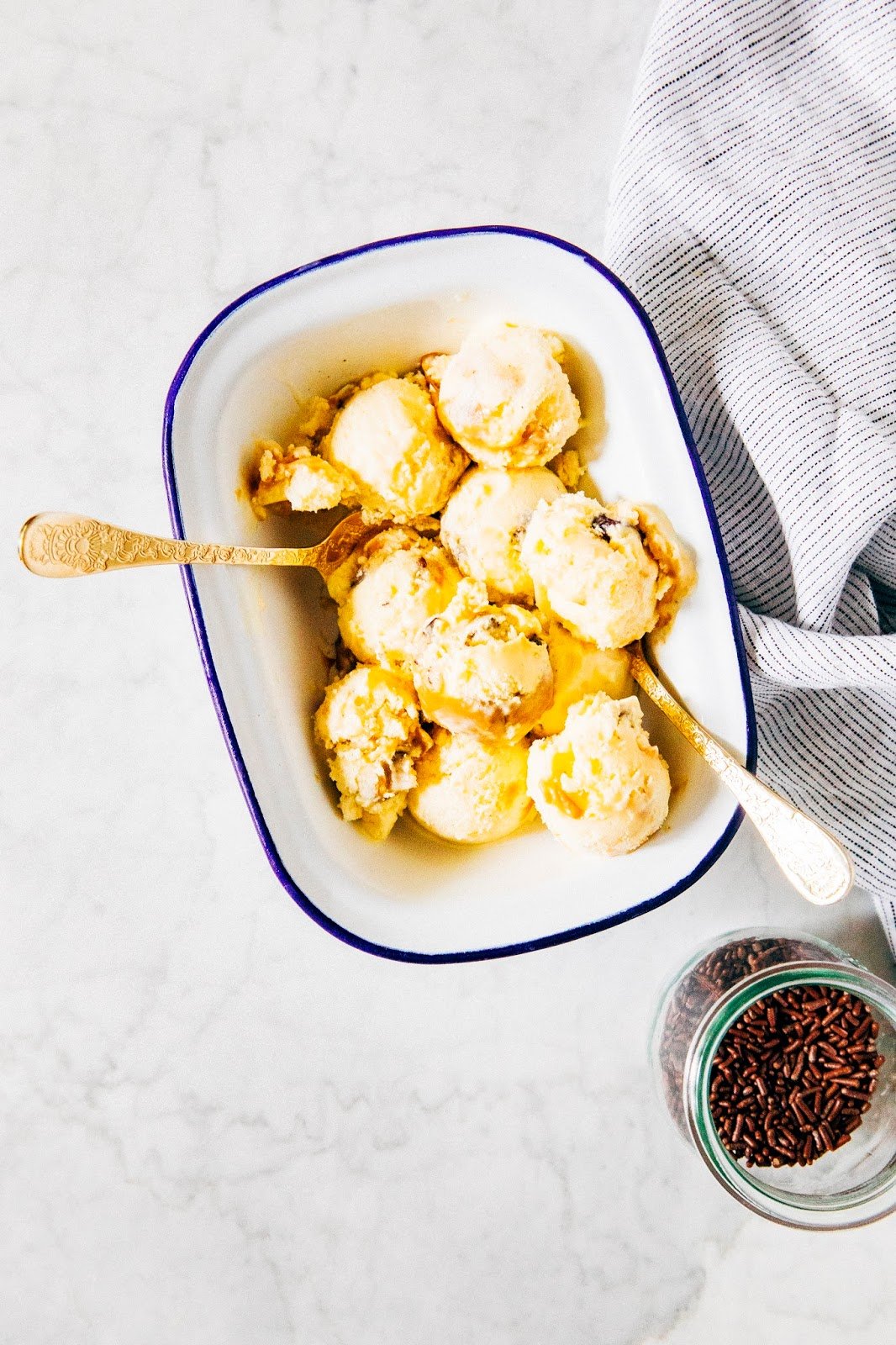 I’ve had that recipe bookmarked for ages, but of course, never actually made because well, ya know, it required 10 egg yolks. And guess what? My version uses 12. If I’m being honest, I’ll be very surprised if any of you guys make this recipe, because, well, 12 egg yolks. I get it. But it’s good, and 100% worth making if you ever find yourself in a situation with 12 leftover egg yolks. All those yolks lead to a thick, creamy, hearty custard base that’s unparalleled by most other ice creams. And for good measure, I threw in some leftover dulce de leche and Stella Parks’ cookie dough nuggets.

So much for detox popsicles. This ice cream is pretty much the opposite of all that. It’s vice cream. 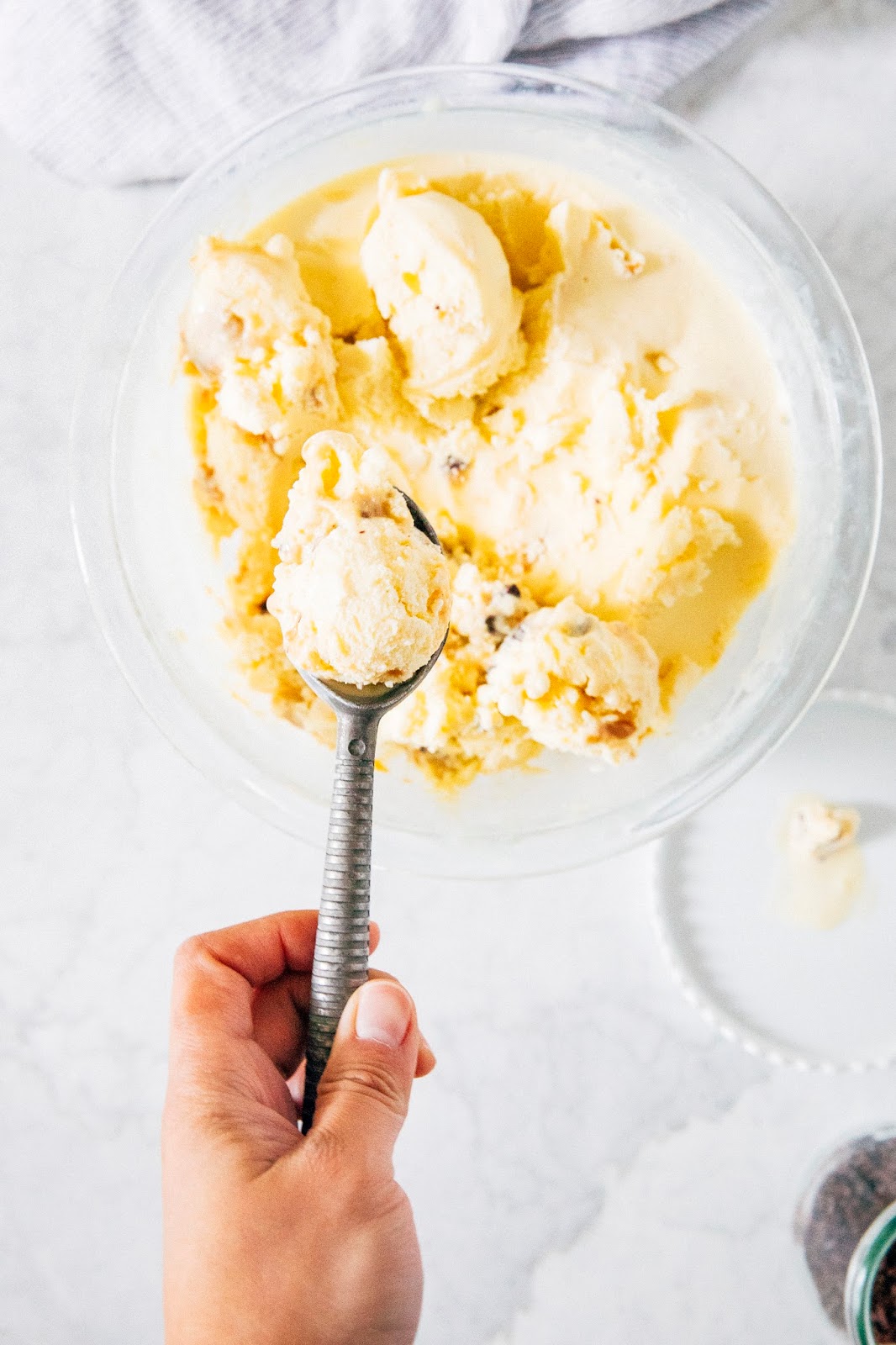 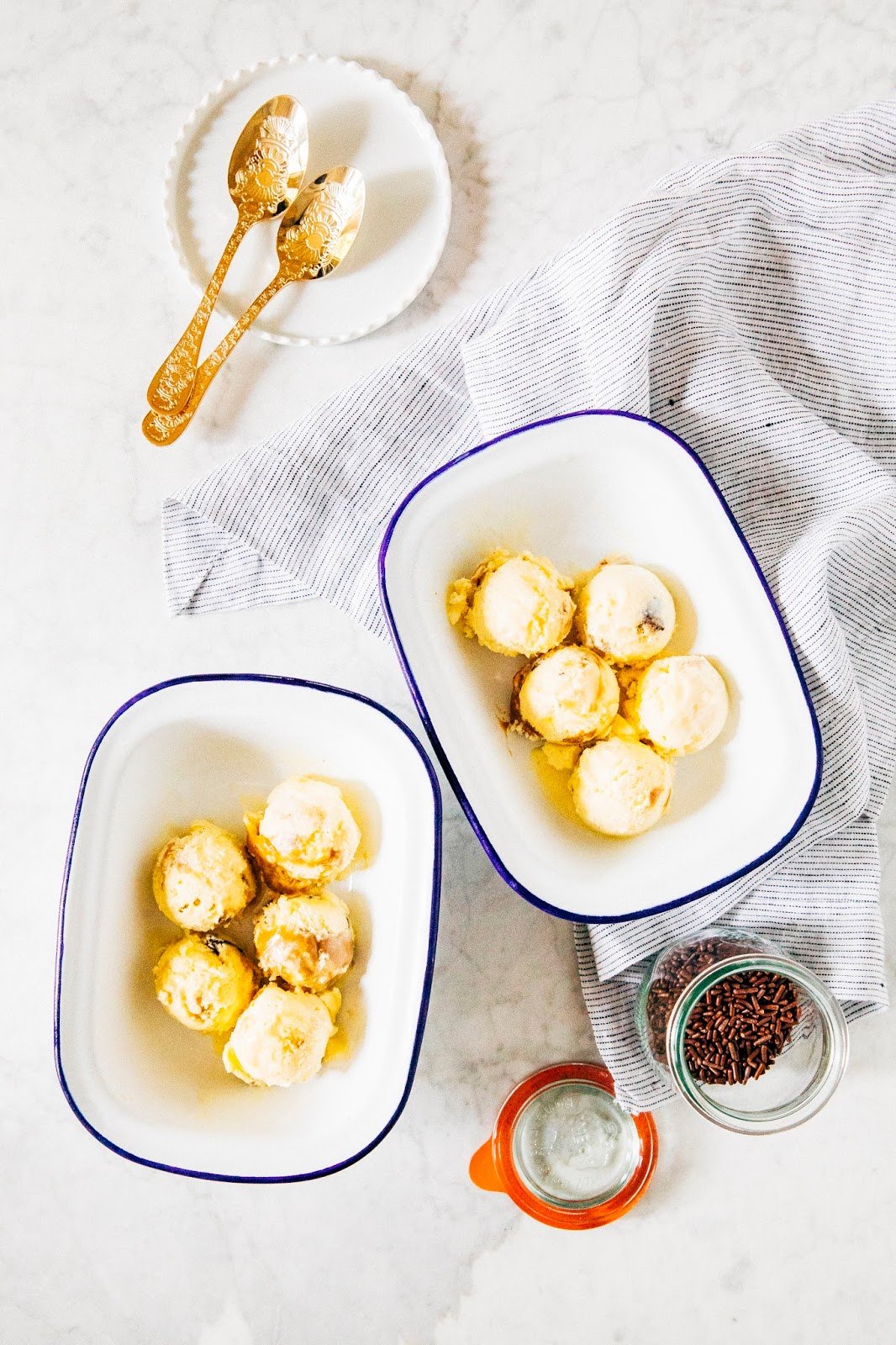 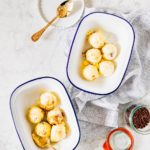 (makes about 2 cups, enough for 1 quart of ice cream)

For the Vanilla Custard with Dulce de Leche

For the Vice Cream