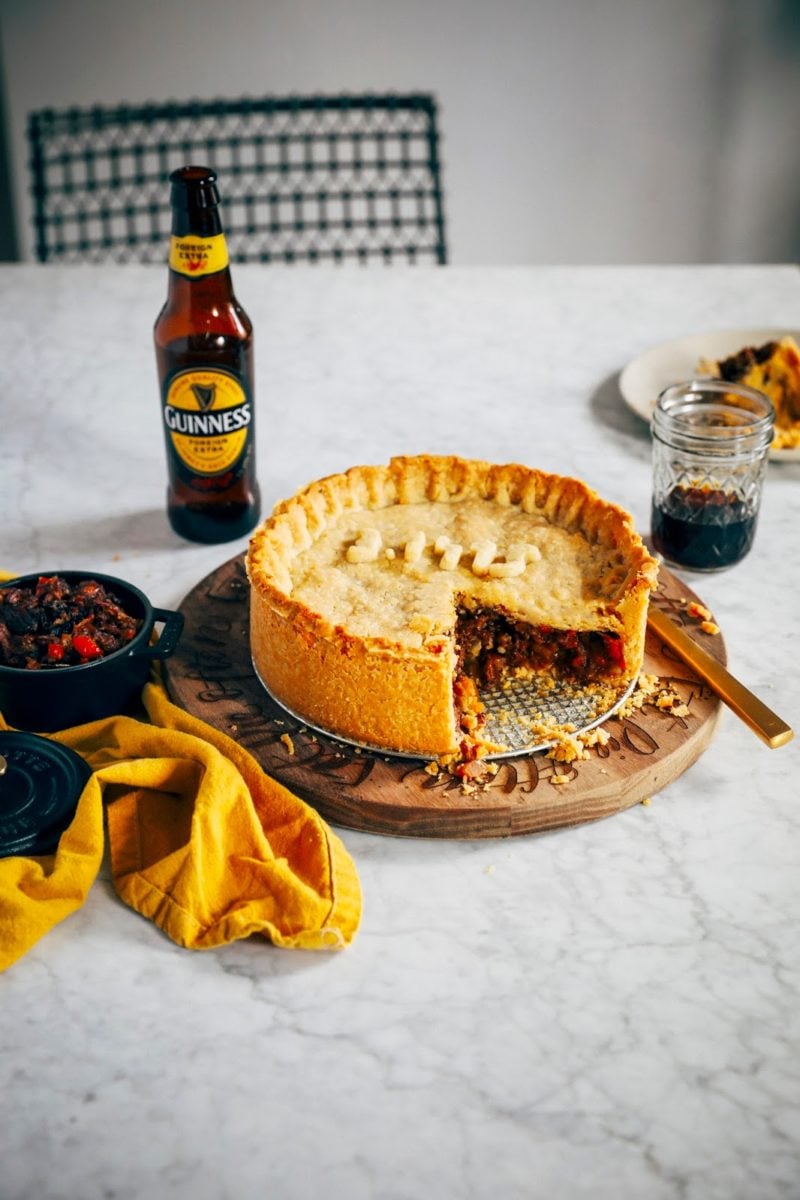 Before we get started on the regular programming, I just wanted to give a shout-out to all the wonderful folks who sent me a response—whether by comments, text messages, emails, tweets, and otherwise—to last week’s cynical post about the state of food media. You all brought up such wonderful points (some in agreement, some in […] 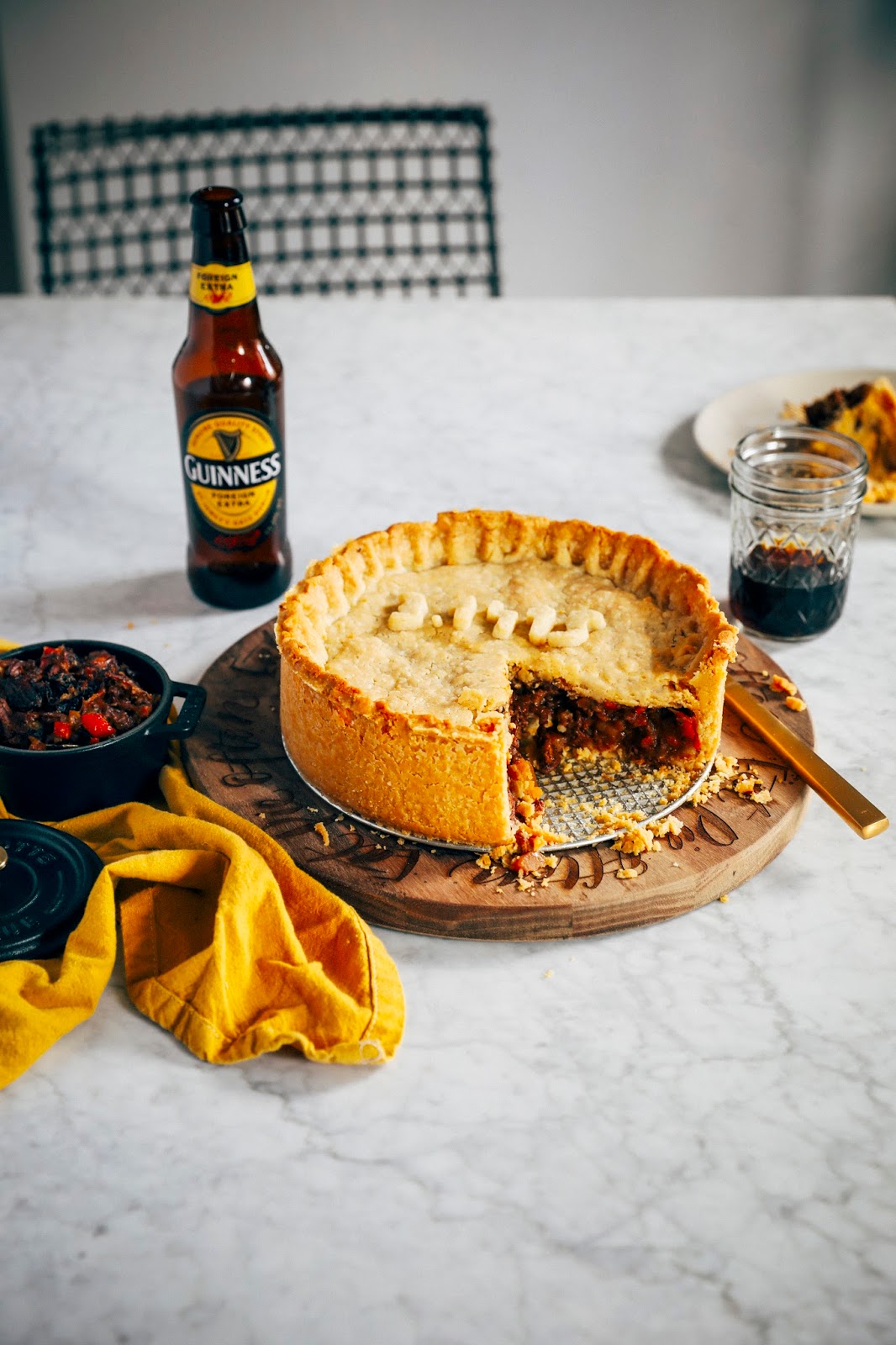 Before we get started on the regular programming, I just wanted to give a shout-out to all the wonderful folks who sent me a response—whether by comments, text messages, emails, tweets, and otherwise—to last week’s cynical post about the state of food media. You all brought up such wonderful points (some in agreement, some in direct opposition of my own), and I only wish that I can share them all so we can keep the conversation going. Keep an eye out for more posts like that in the future! I’m currently trying to think of more ways we can continue ruminating on such an important topic and bringing more representation to the food communities we all love so much.

As I was looking through my photos of this pie, I realized that Hummingbird High was a collection of victories. Each recipe that I share on this site represents a success in the kitchen; all Hummingbird highs, if you will (see what I did there? ????). I don’t ever share the failures in the kitchen — the Hummingbird lows.

This beef and guinness meat pie was supposed to be a celebration of two things: today, Pi Day, and the upcoming St. Patrick’s Day on Friday (because I used Guinness and the Irish like meat pies, I guess). Instead, it was neither.

I mostly blame the Hot Water Crust. I first heard about hot water crust pastries via The Great British Bake Off (a.k.a. The Great British Baking Show to Americans, really, they’re the exact same show, why change the name?), where contestants breathed a collective sigh of relief upon finding out that hot water crust pastry was one of the challenges of the episode. One baker explained that hot water crusts were easier to work with than the traditional all-fat versions that we Americans are so used to working with — at this, my ears perked up. I’d struggled with traditional pie dough many, many times. I watched with rapt attention as one of the judges, Paul Hollywood, used the pastry to construct an elaborate deep dish pies shaped like an ancient Greek ruin. You couldn’t do that with regular pie crust. Or at least, I couldn’t.

I mostly forgot about hot water crust pastry until my incredibly talented acquaintance, Erin McDowell, posted a rapturous love letter to the crust on Food52. After reading her tribute, I decided to give it a shot — besides, Erlend had been begging me to make a savory meat pie for years, probably since I made him watch that Great British Bake Off episode with me — dreaming of an elaborate deep dish structure with cut-outs of Pi numbers swirling around the lid.

But that didn’t happen, NOPE. I made the crust twice. I still don’t know what went wrong. When the pastry was still warm, I rolled it out to a perfect circle as I would a traditional pie crust. No dice. It would not hold its shape, bending and coming apart at its own will. This was fine when constructing the pie’s sides and base — I ended up just working it like it was clay, using my hands to pat it into place. But what was I supposed to do about the lid? I couldn’t pat the pastry on top of the rather liquidy beef and guinness stew.

I figured that I’d been too impatient and hadn’t let the pastry cool enough for handling. So I made a second batch specifically for the lid, rolled it out, and waited for it to cool. My mistake this time was letting it cool too much. The lid shattered at the slightest touch, and had taken on the consistency of extremely brittle fudge.

I gave up. At that point, I was nearly out of the $10 bottle of small batch/organic/artisan lard that I’d indulgently purchased at Whole Foods for the occasion. I’d been in the kitchen for three hours, not even counting the hours spent the night before to get the beef and guinness stew in order. I salvaged what I could, threw it unceremoniously on top of my patted bottom and sides, and stamped out these numbers from the leftover shattered pieces (don’t get me started on that — that was another pain in the ass, with the pastry actually shattering and crumbling out of the cookie cutters). I halfheartedly took some photos with my brand new Canon 5D Mark IV, and realized hours later (after the pie had been mostly consumed by Erlend) that I’d left the camera on factory settings and it had captured everything as a JPEG file instead of my usual RAW.

And that, friends, is what a Hummingbird Low looks like.

Here are the recipes I used — I hope you have better luck with them than I did:

1. Hot Water Crust Pastry
Absolutely no alterations were made to the recipe that I linked to. The recipe yields a texture similar to a biscuit, but less flakey. It tastes fairly bland because the crust really is just a vehicle for the filling. I couldn’t get it to work. That’s all.

2. Beef and Guinness Stout Filling
I omitted the nutmeg, rosemary, and mushrooms and instead swapped in 1 medium peeled potato and a generous tablespoon of kosher salt. Also, instead of pale ale beer, I used Guinness Stout beer. Overall, it was pretty tasty — would probably making the filling again, but with a traditional pie crust or puff pastry. Be sure to make the filling way in advance of the crust; it needs to be slow cooked for the best flavor and texture.