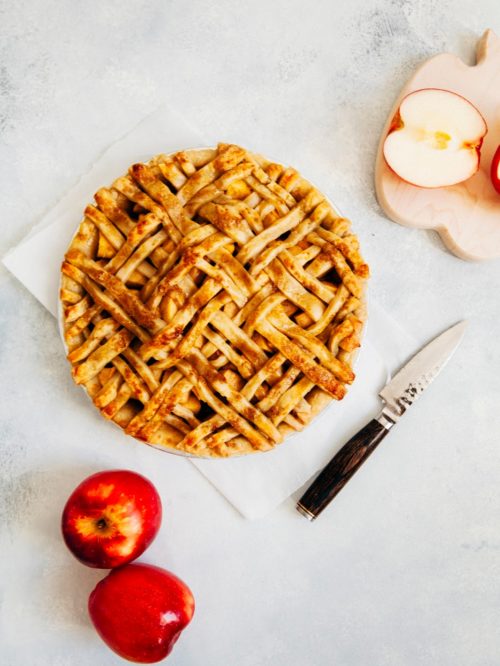 Wandering around the aisles of supermarkets, it’s easy to feel disconnected from your food. The overflowing bins of shiny and uniformly shaped apples and oranges give off the impression that fruit is man-made; the refrigerated, sterile aisles of plastic-wrapped chicken and beef that make you forget that what you’re buying was once a living animal. […] 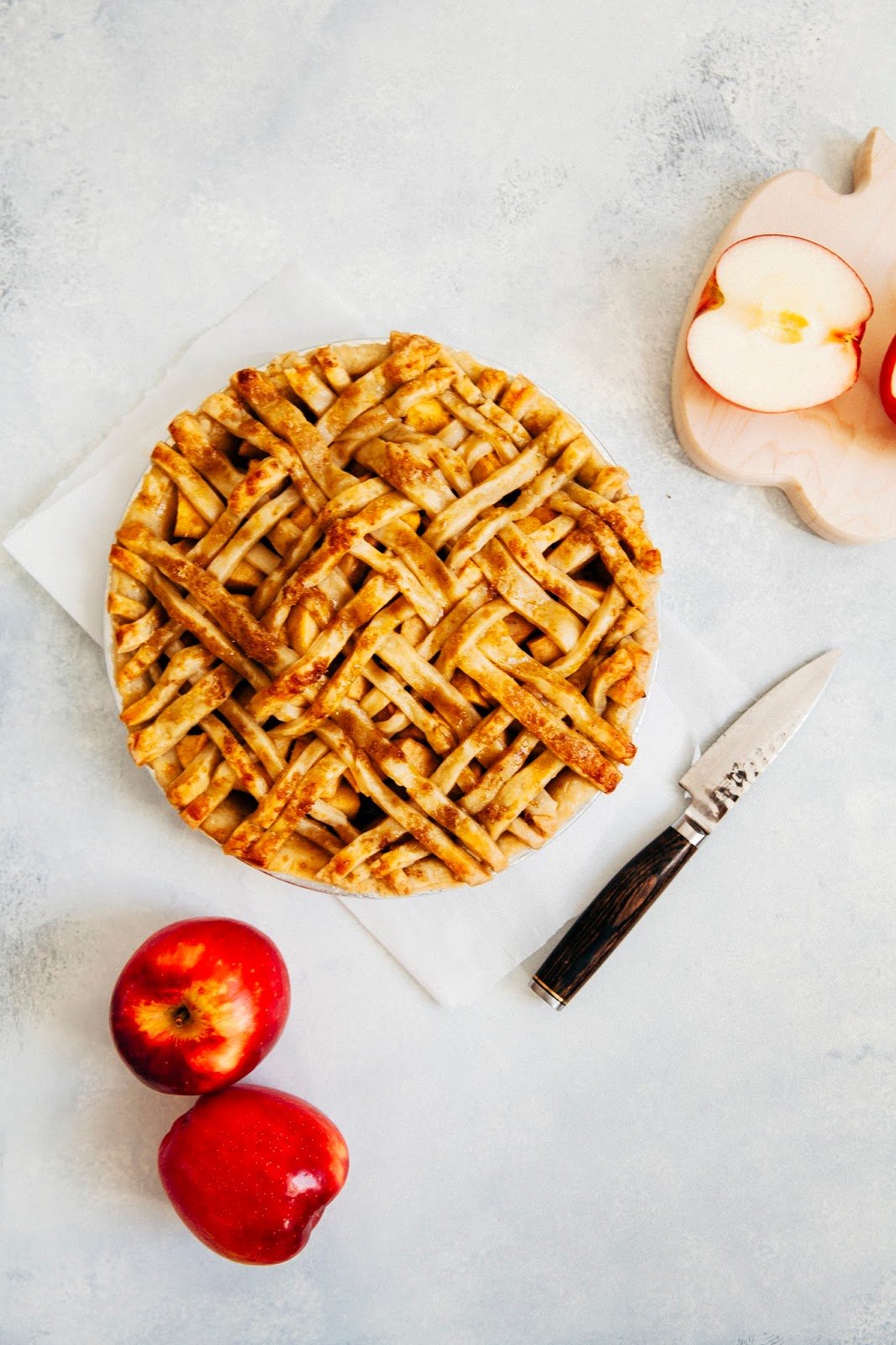 Wandering around the aisles of supermarkets, it’s easy to feel disconnected from your food. The overflowing bins of shiny and uniformly shaped apples and oranges give off the impression that fruit is man-made; the refrigerated, sterile aisles of plastic-wrapped chicken and beef that make you forget that what you’re buying was once a living animal. With this accessibility, it becomes easy to take your food for granted. As much as I hate to admit it, I’ve definitely been guilty of buying too much produce at once, letting it languish in the fridge, and eventually throwing it out without a second thought to the work that went into its production. 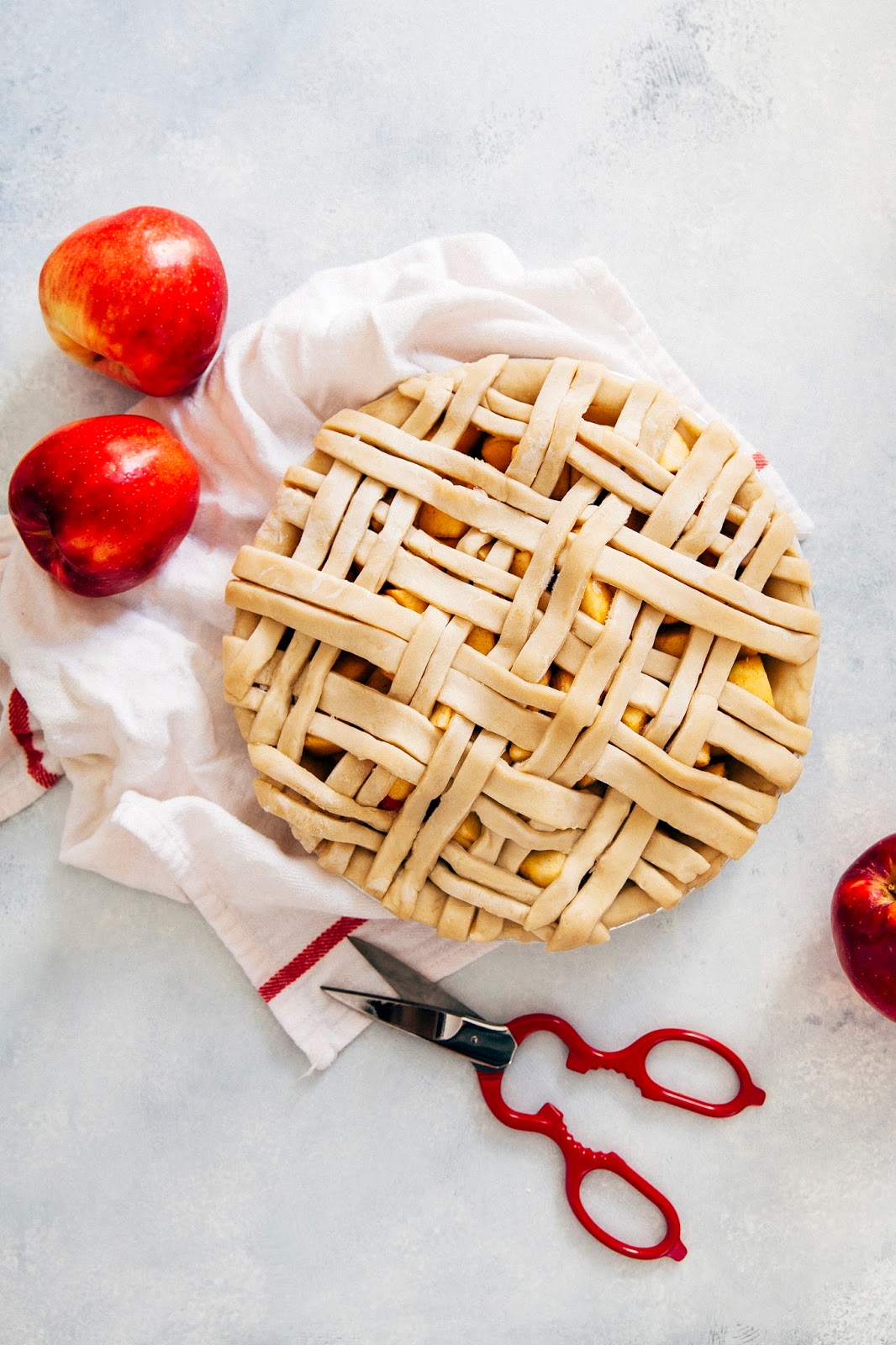 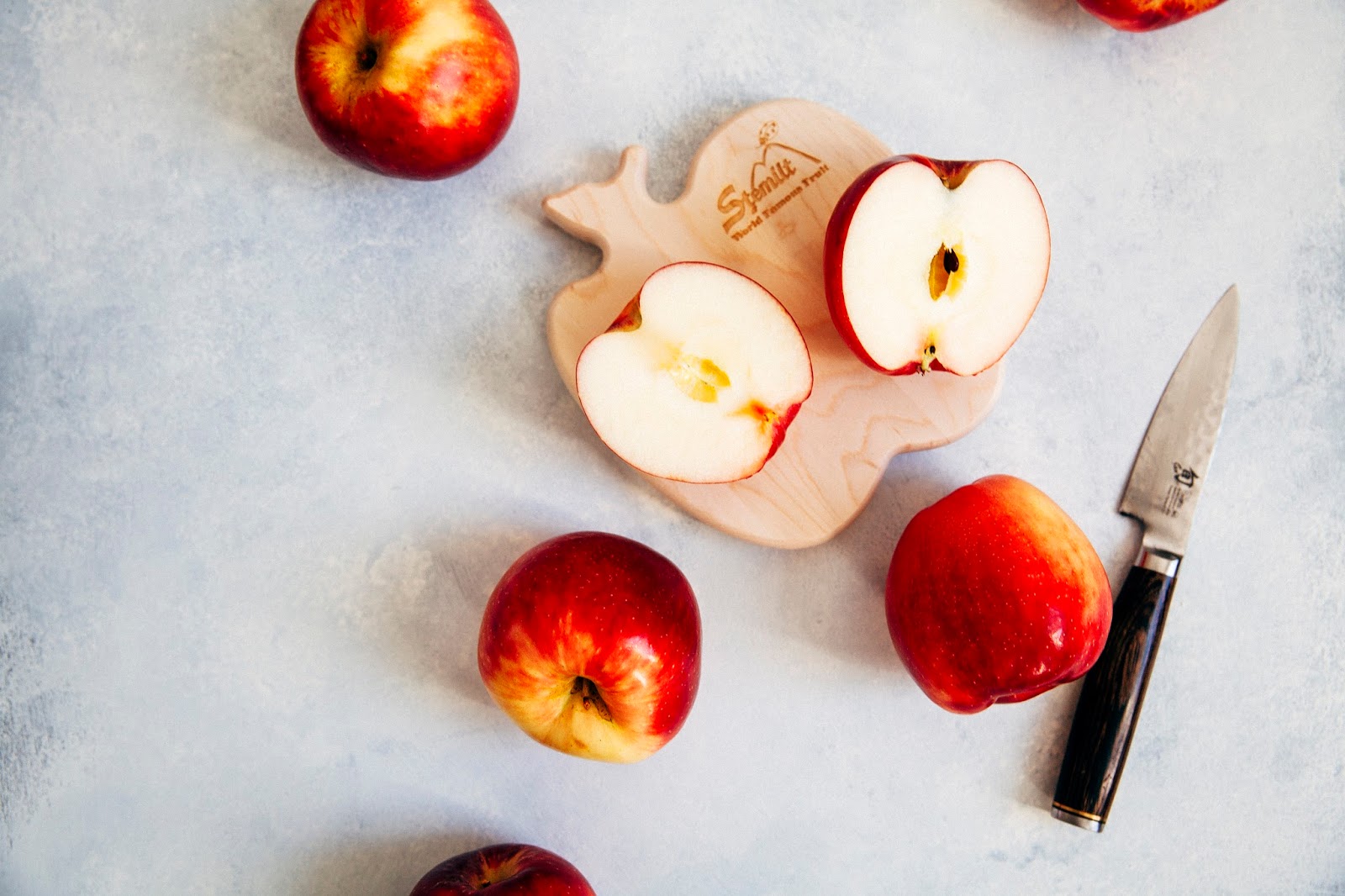 But I recently had the chance to tour several apple and pear orchards run by Stemilt Growers in Wenatchee, Washington. Stemilt reminded me of how much care and thought goes into the process of growing and making food. We learned that picking fruit by hand without damaging the fruit and next year’s crop is an art, and that human hands will always do the work better than machines. We learned about the H2-A visa programs that enabled this family-owned farm to grow and sustain their production while providing lifelines and steady sources of income for less fortunate families in Mexico. We learned how to train trees to produce different type of fruit than the ones they originally bore, and how the flavors of apples that we get today—honeycrisp, piñatas, sweetangos—came to be.

Perhaps most importantly, we also learned how wonderful and hardworking all the folks involved in every aspect of the apple and pear growing business, (whether out in the field, factory, or office) really, truly are. 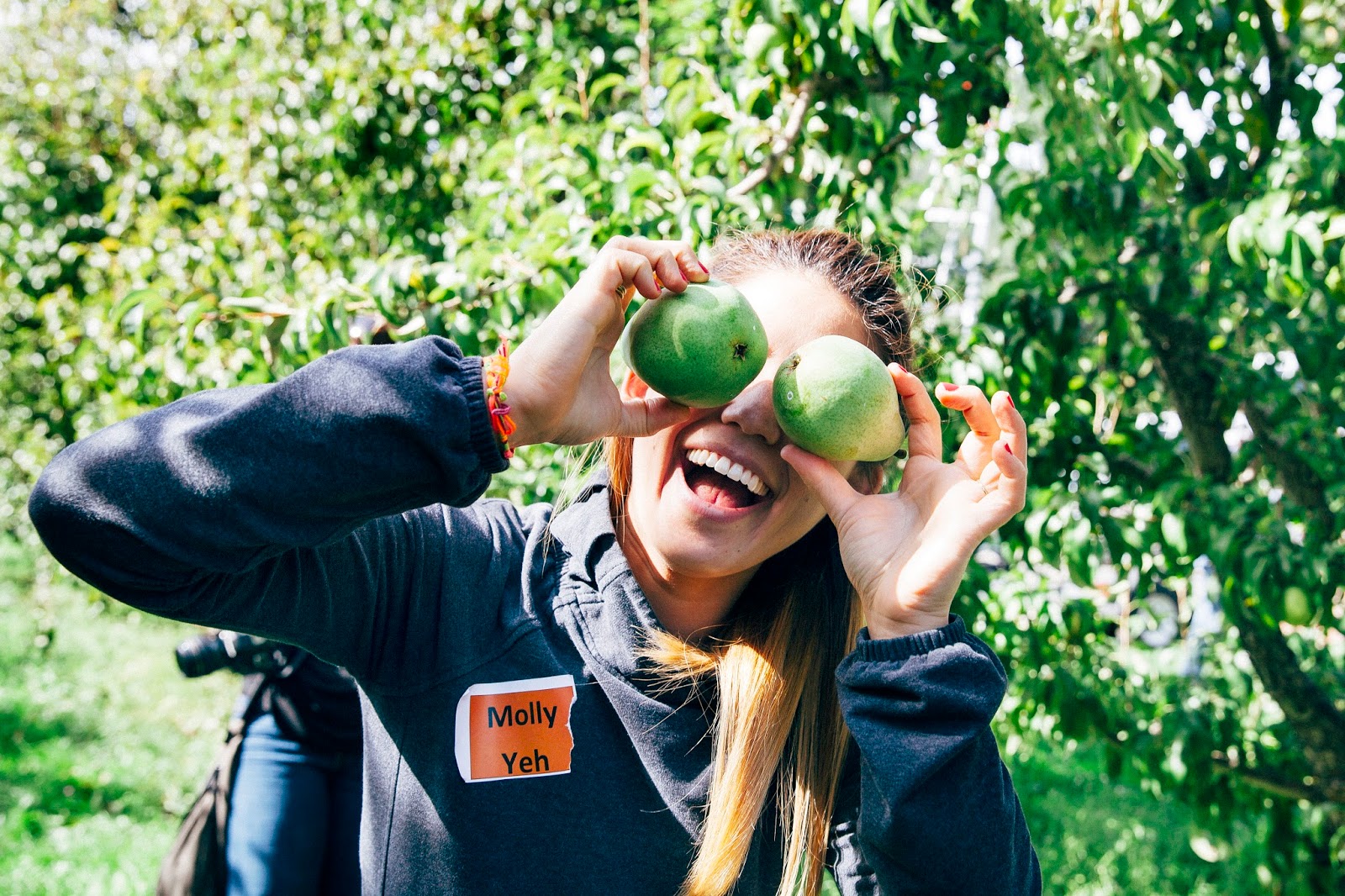 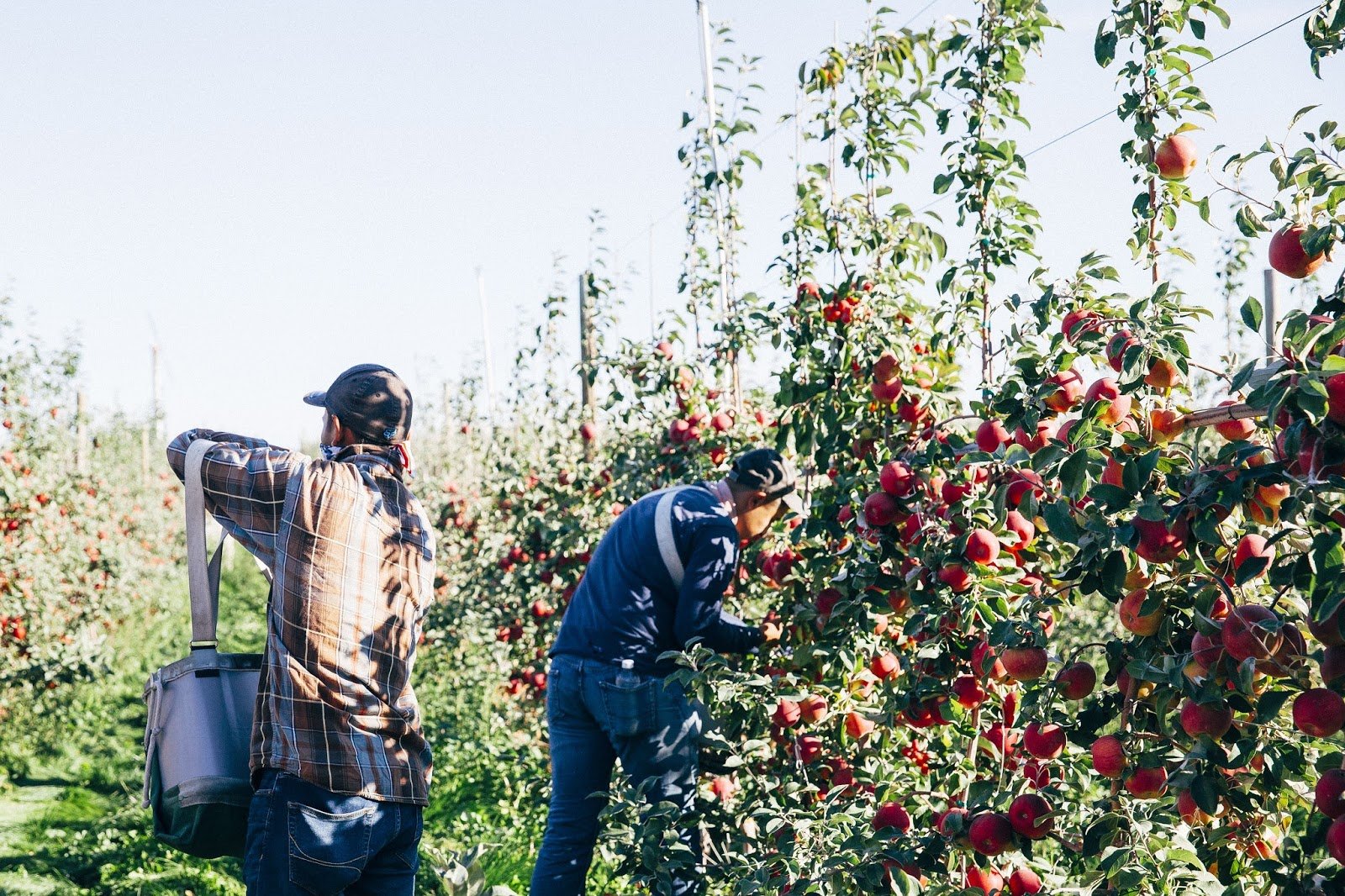 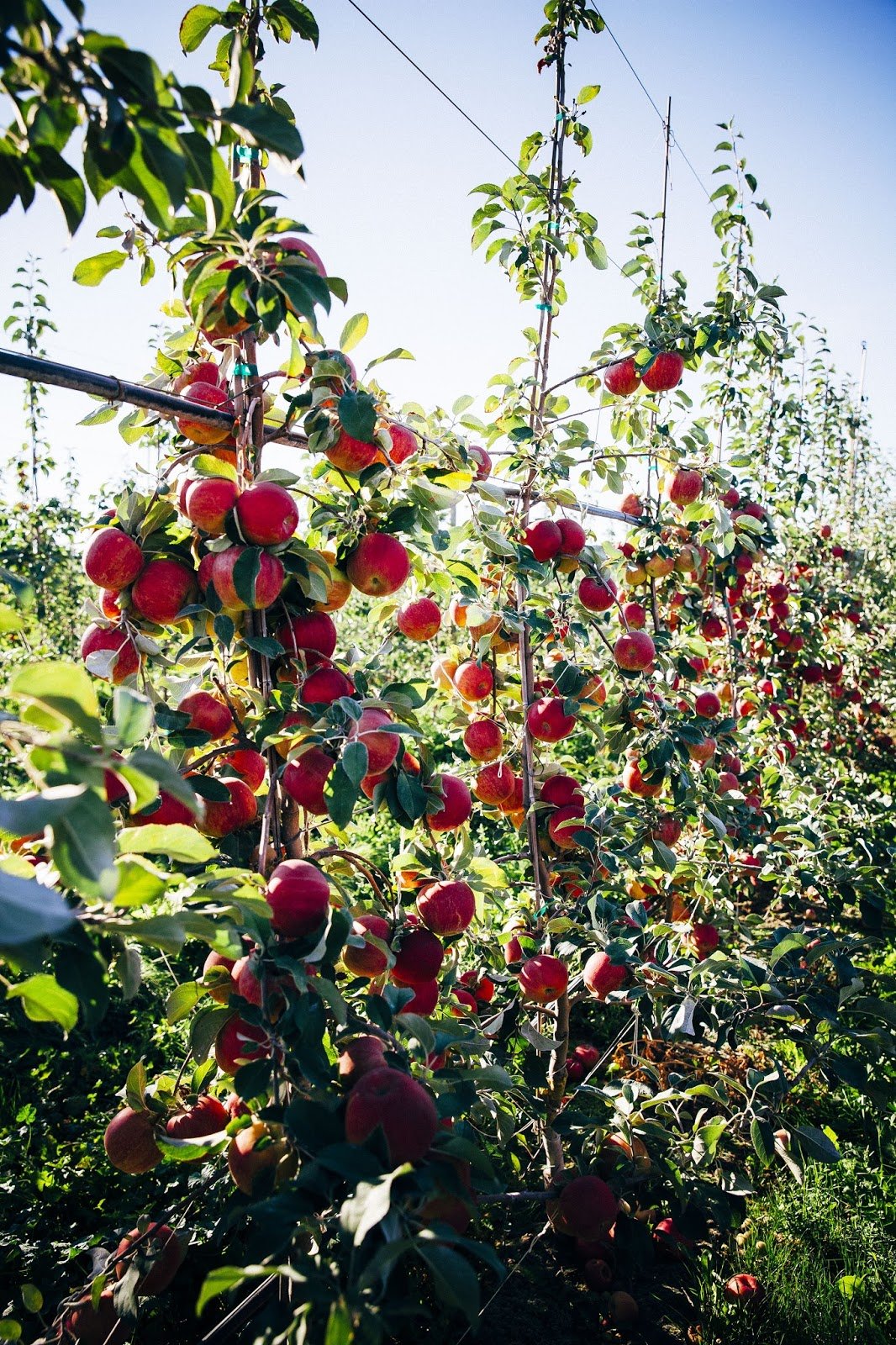 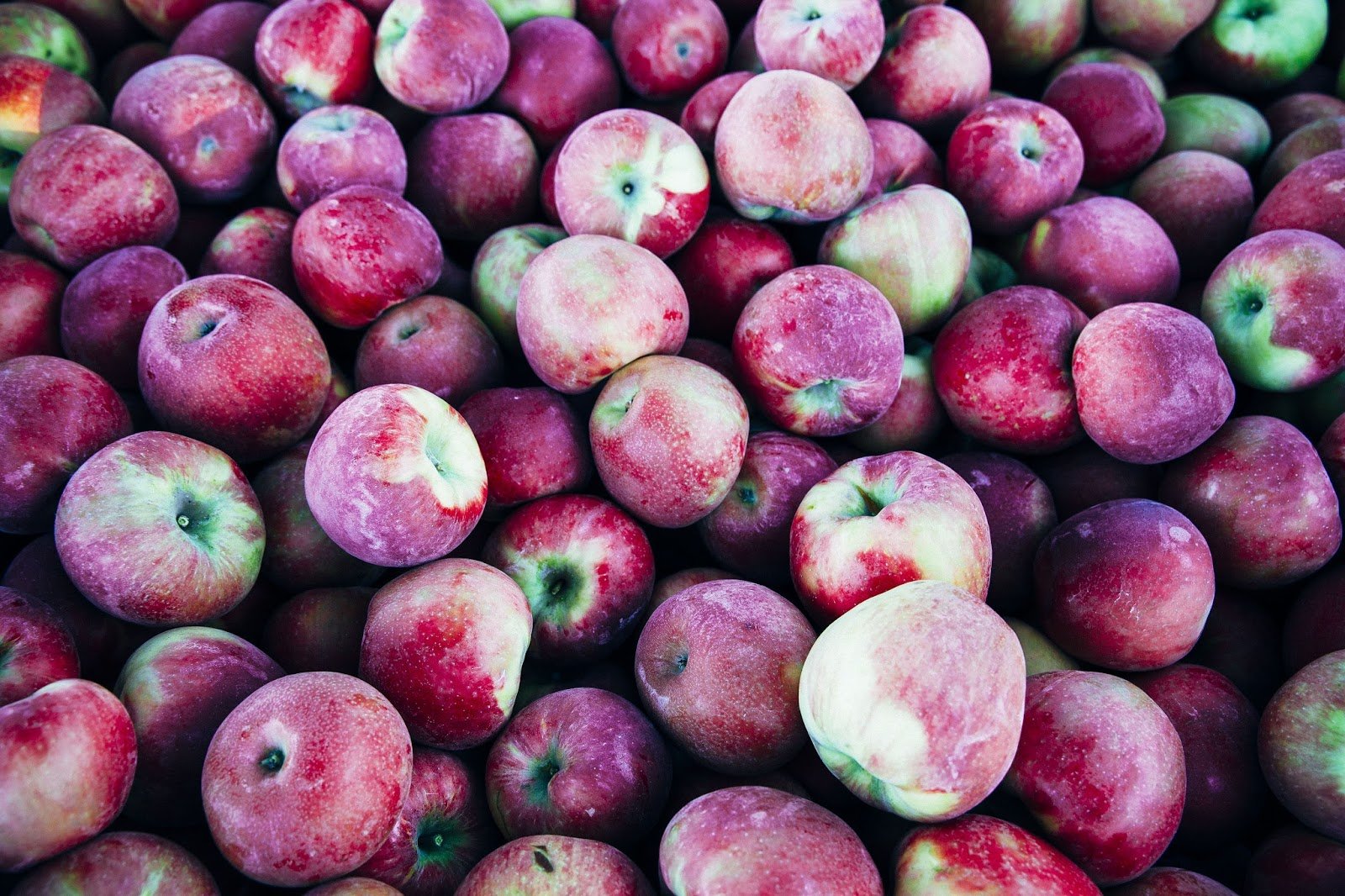 And so this month’s #humhipieamonth project is dedicated to all the incredibly kind and diligent folks who showed us around the Stemilt Growers orchards. I’ve been making pies at least once a month since the year began, and for me, the task hasn’t gotten any easier. Pie making requires a lot of time, patience, and care—three things I often don’t have a lot of— but I knew I wanted to come up with something spectacular to honor the sweetango apples I received from Stemilt. Which is why I’m sharing this extravagant recipe for bacon cheddar apple pie: 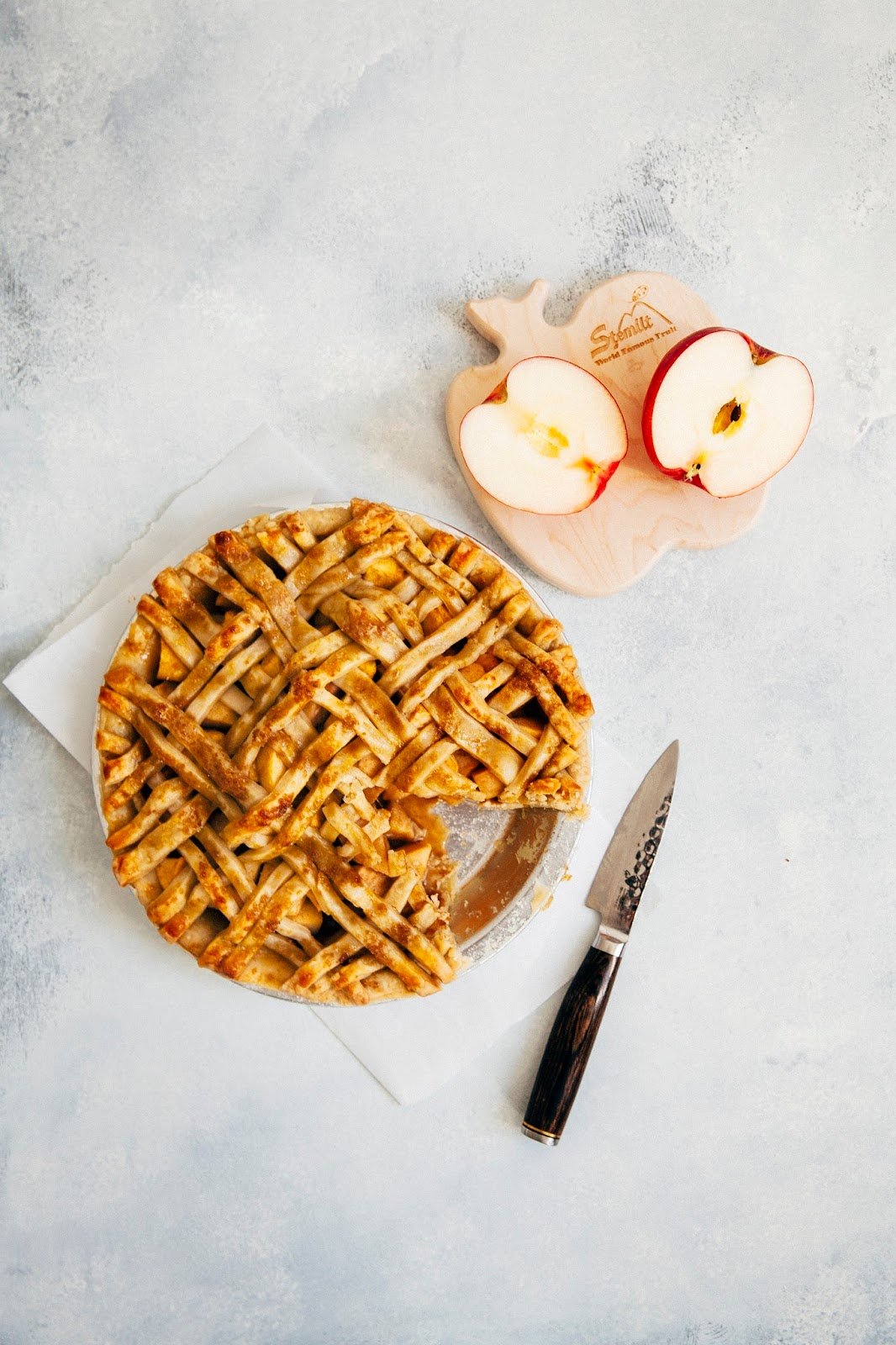 Cheddar cheese and apples is an old-fashioned and time-tested combination; the cheddar in the pie makes the dough easier to work with, and its sharp flavor compliments the sweet fruit wonderfully. For a little extra richness, I quickly sautéed the apples in bacon fat to give the pie a slightly smokey, unique (yet somehow still classic) flavor.

This post was done in partnership with Stemilt Growers, who provided the apples for this post and sponsored a trip out to Seattle and Wenatchee to tour the orchards and learn about the apple production process. All thoughts and opinions are my own and I was genuinely impressed by the hard work of everybody I met on the trip — I learned so much about farming apples and pears, and more! As always, thank you for supporting Hummingbird High and all my awesome sponsors — this blog wouldn’t be here without you guys. 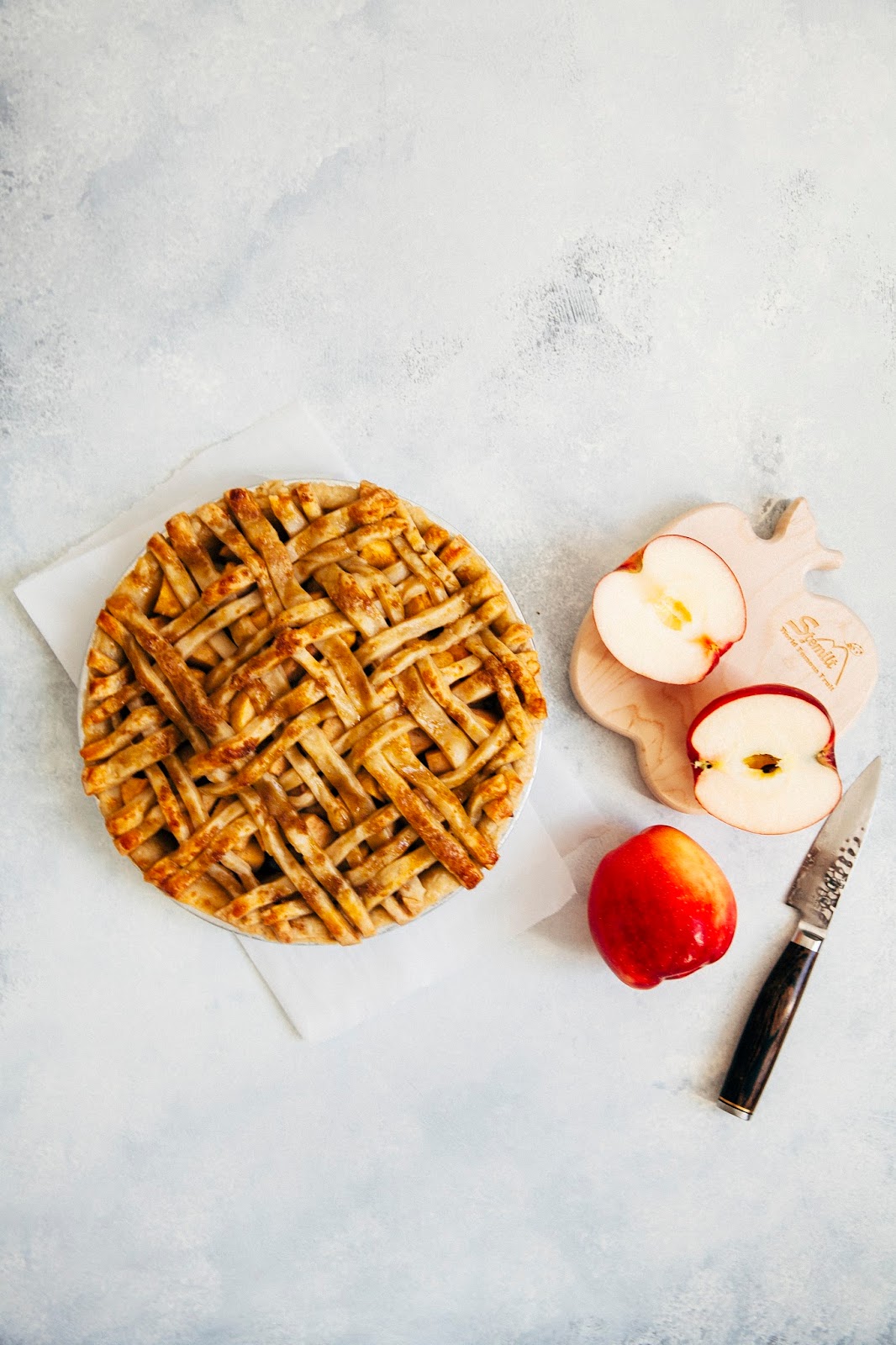 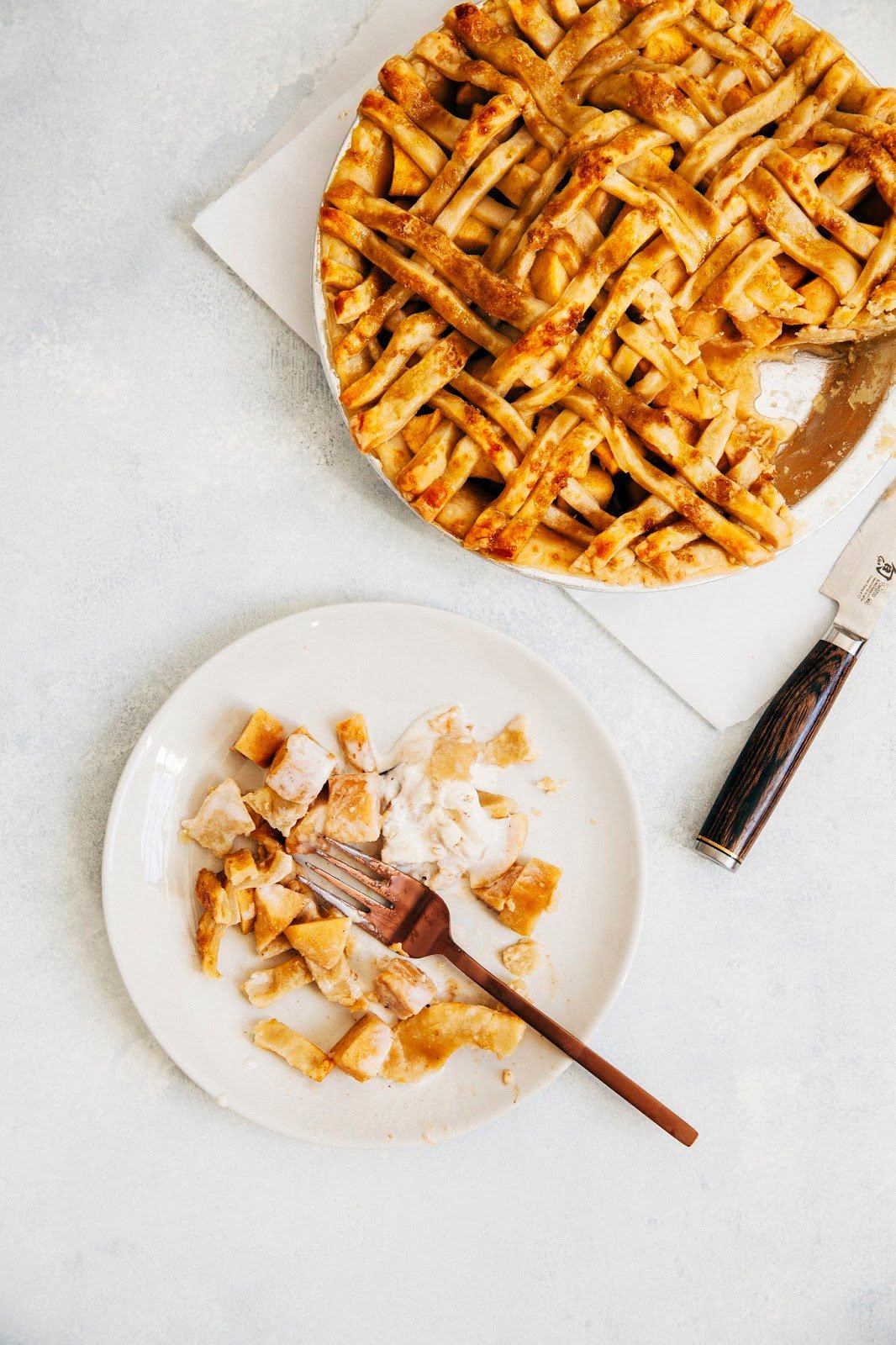 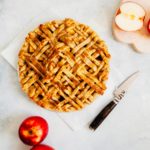 For the Cheddar and Butter Pie Crust

For the Bacon and Apple Filling

For the Cheddar and Butter Crust

For the Bacon and Apple Filling 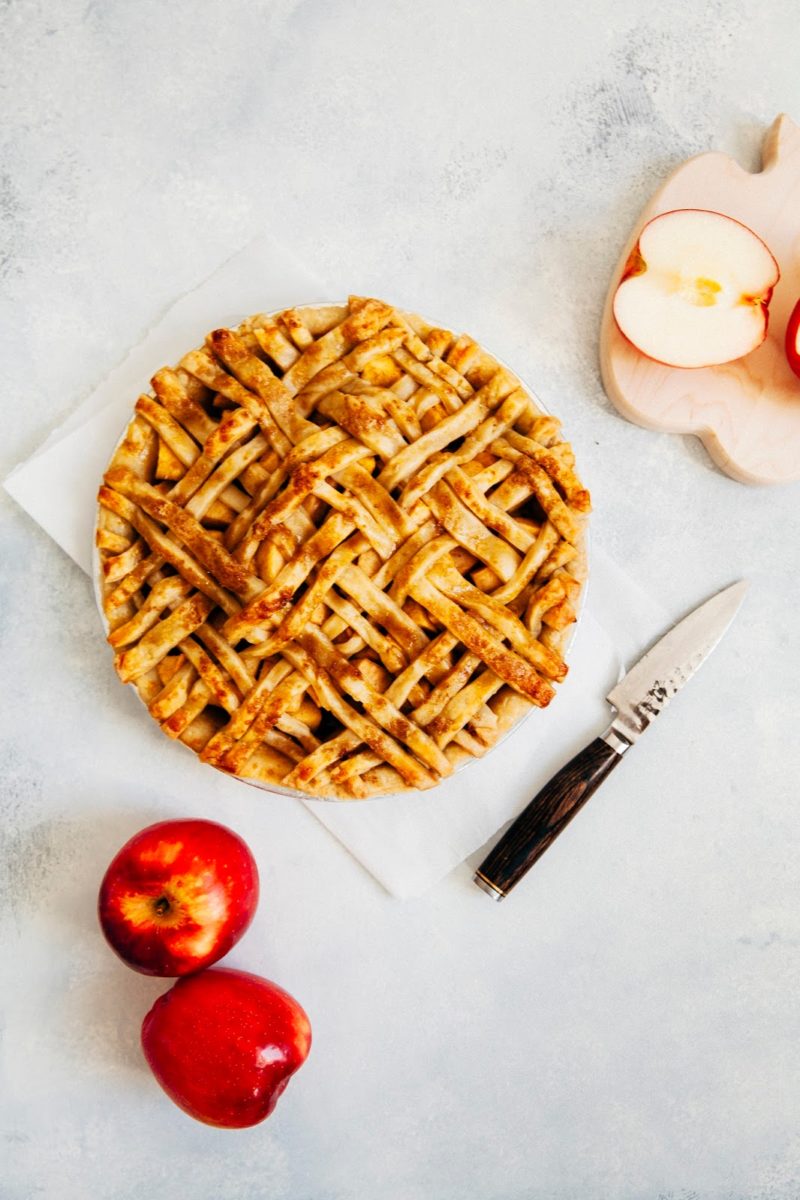