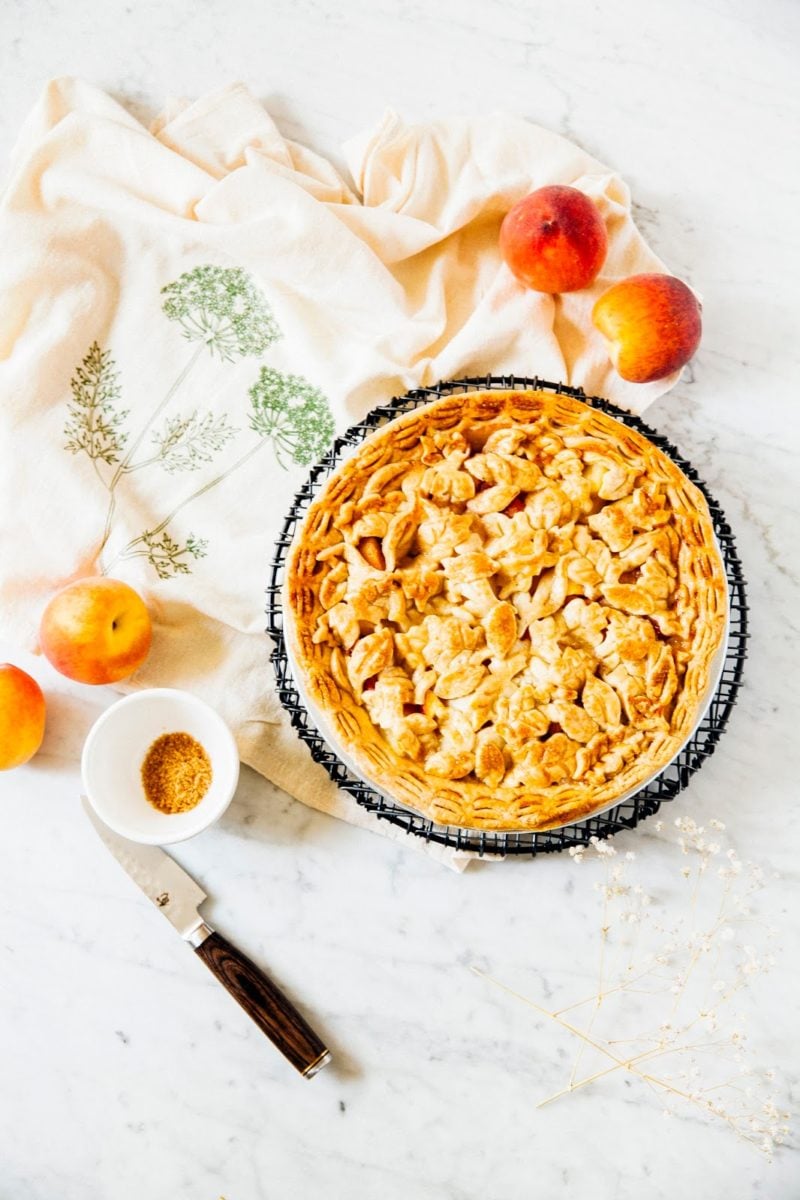 pineapple and peach pie with a coconut oil crust

Sometimes I get ideas stuck in my head. Song lyrics, cravings, and recipes are the worst offenders. It’s an itch that can only be scratched by listening to the same song over and over and over, or until I finally sink my teeth into whatever food I’ve been daydreaming about for days. This time, it […] 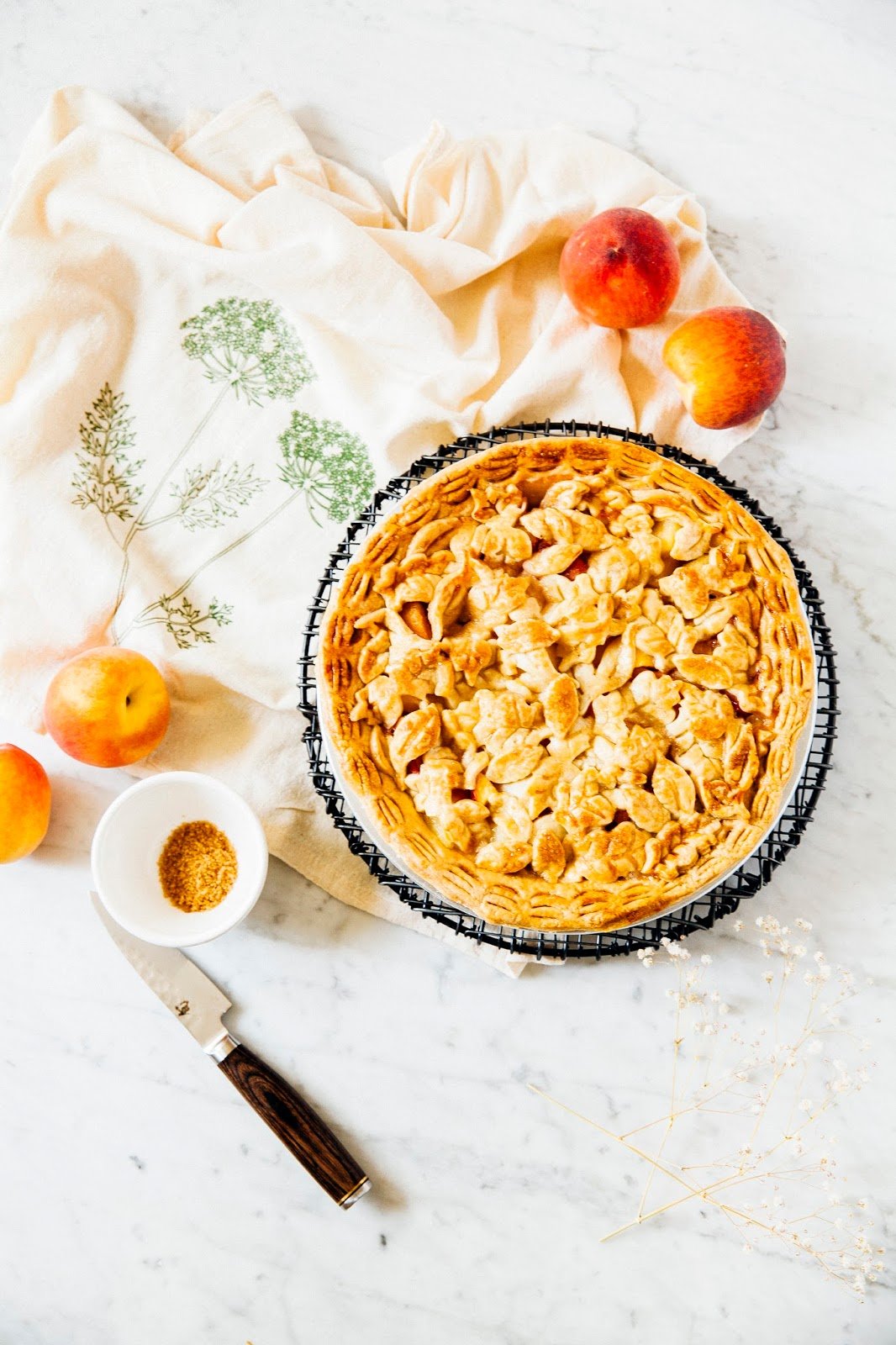 Sometimes I get ideas stuck in my head. Song lyrics, cravings, and recipes are the worst offenders. It’s an itch that can only be scratched by listening to the same song over and over and over, or until I finally sink my teeth into whatever food I’ve been daydreaming about for days.

This time, it was pineapple, peach, and paprika pie.

This one was divisive. There were haters. A lot of people just didn’t get it. Even my mom (on Twitter, none the less) chimed in and was like, “paprika? weird!” Harsh, mom, real harsh.

Well, let me try and explain my train of thought for those who are gonna hate, hate, hate: 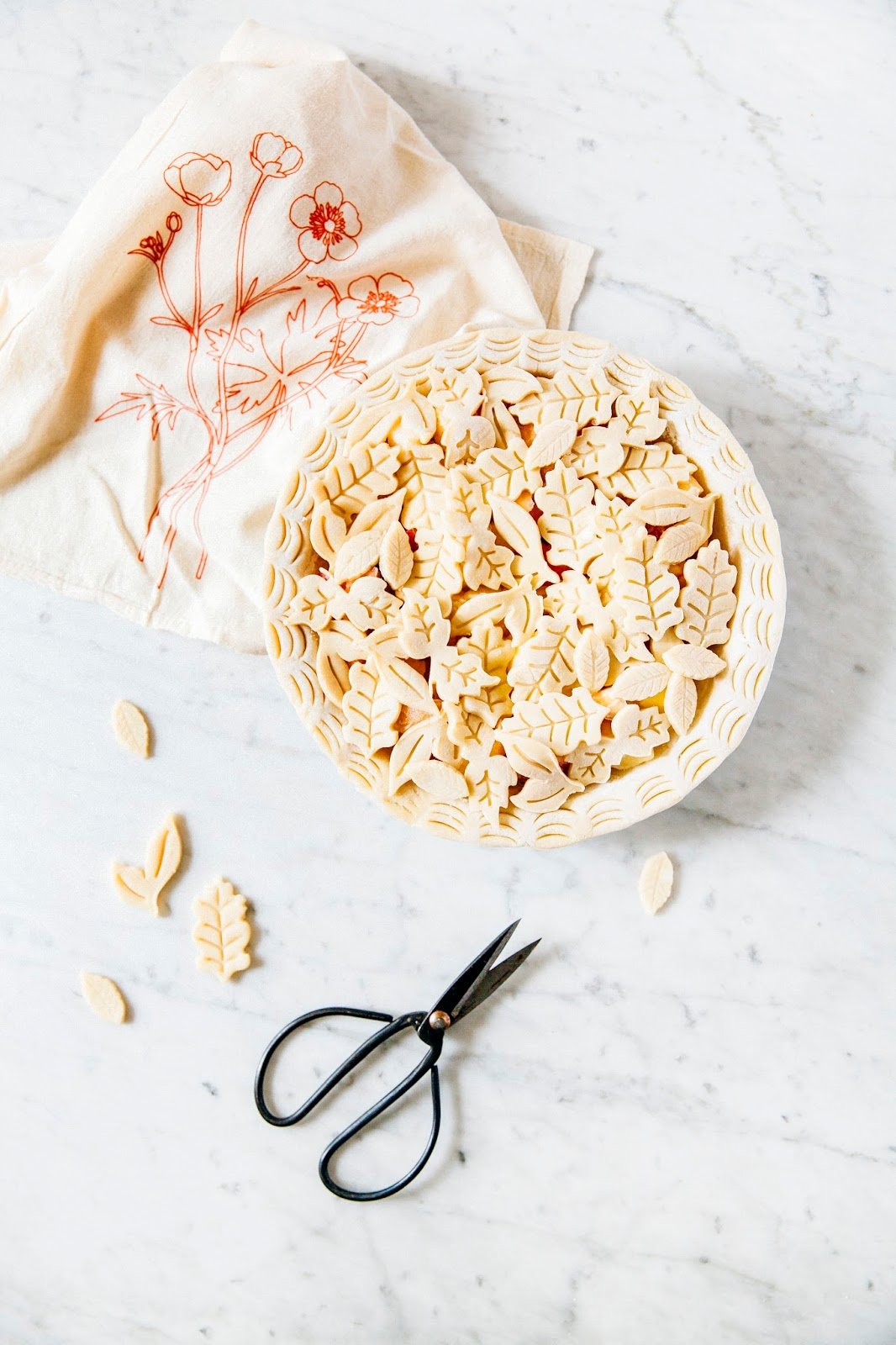 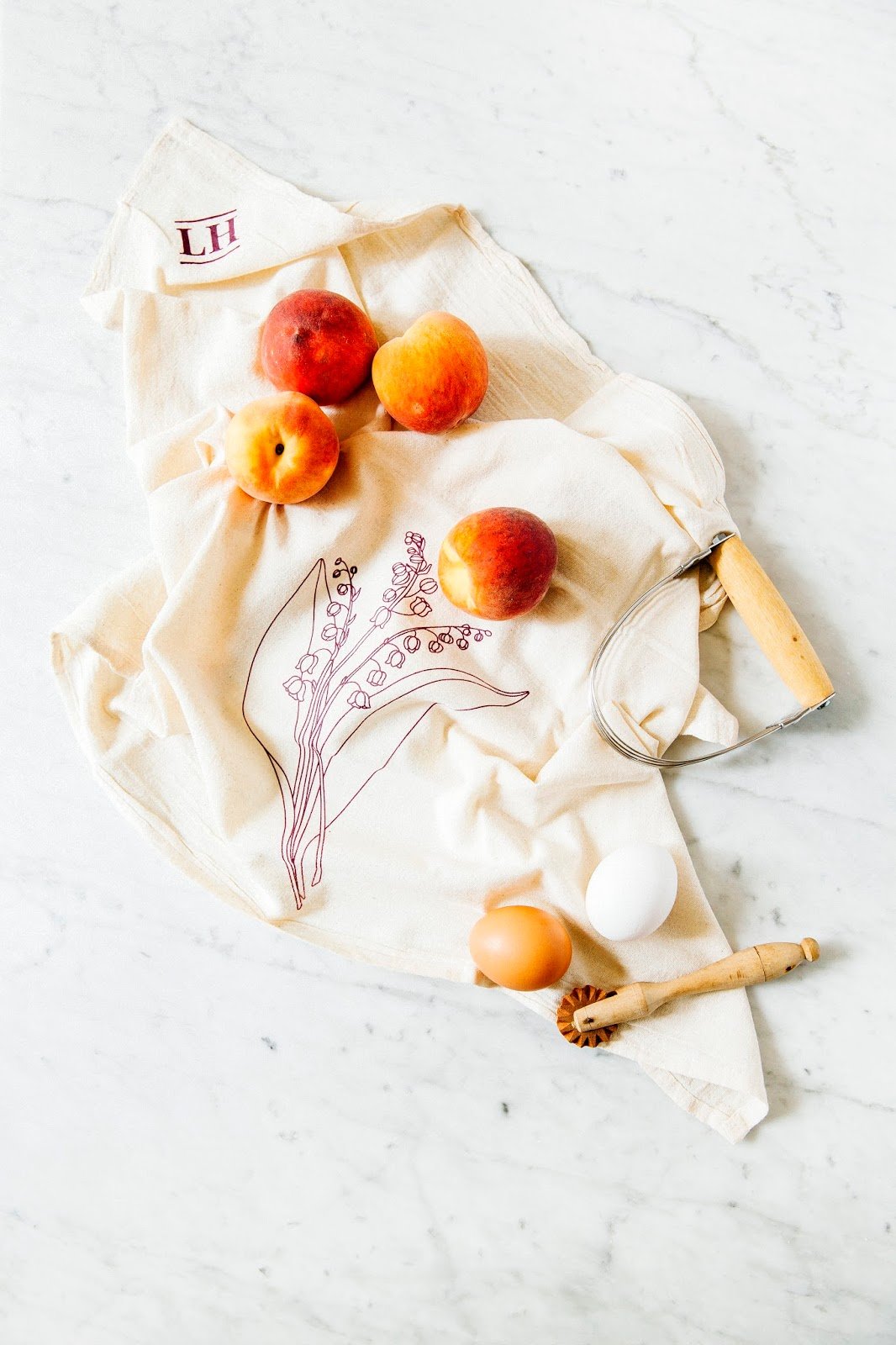 It was time to bake my pie of the month. I knew it was going to be some sort stone fruit; California is insane, and we’d blown through rhubarb and most of berry season earlier in the year without me knowing (fruit here comes into season so much faster!). As I flipped through the Four & Twenty Blackbirds’ Pie Book for stone fruit pie inspiration, one stuck out to me: peach and paprika. The book described the combination of sweetness from the peaches and the slight spicy, smoky flavor from the paprika as delicious.

And I’ll admit — like you guys, I wasn’t a believer. But then I remembered those bags of pineapple and cayenne pepper they sell down the hill in the Mission District. Also, Molly was a supporter and reminded me of the dried chili pineapple from Trader Joe’s. There was something about the contrast between those two flavors that made both these things an utterly addicting snack. I wondered if pineapple could also work with paprika, since pineapple and peach worked pretty well together just by themselves.

And that’s how this idea for pineapple, peach, and paprika pie got stuck in my head. 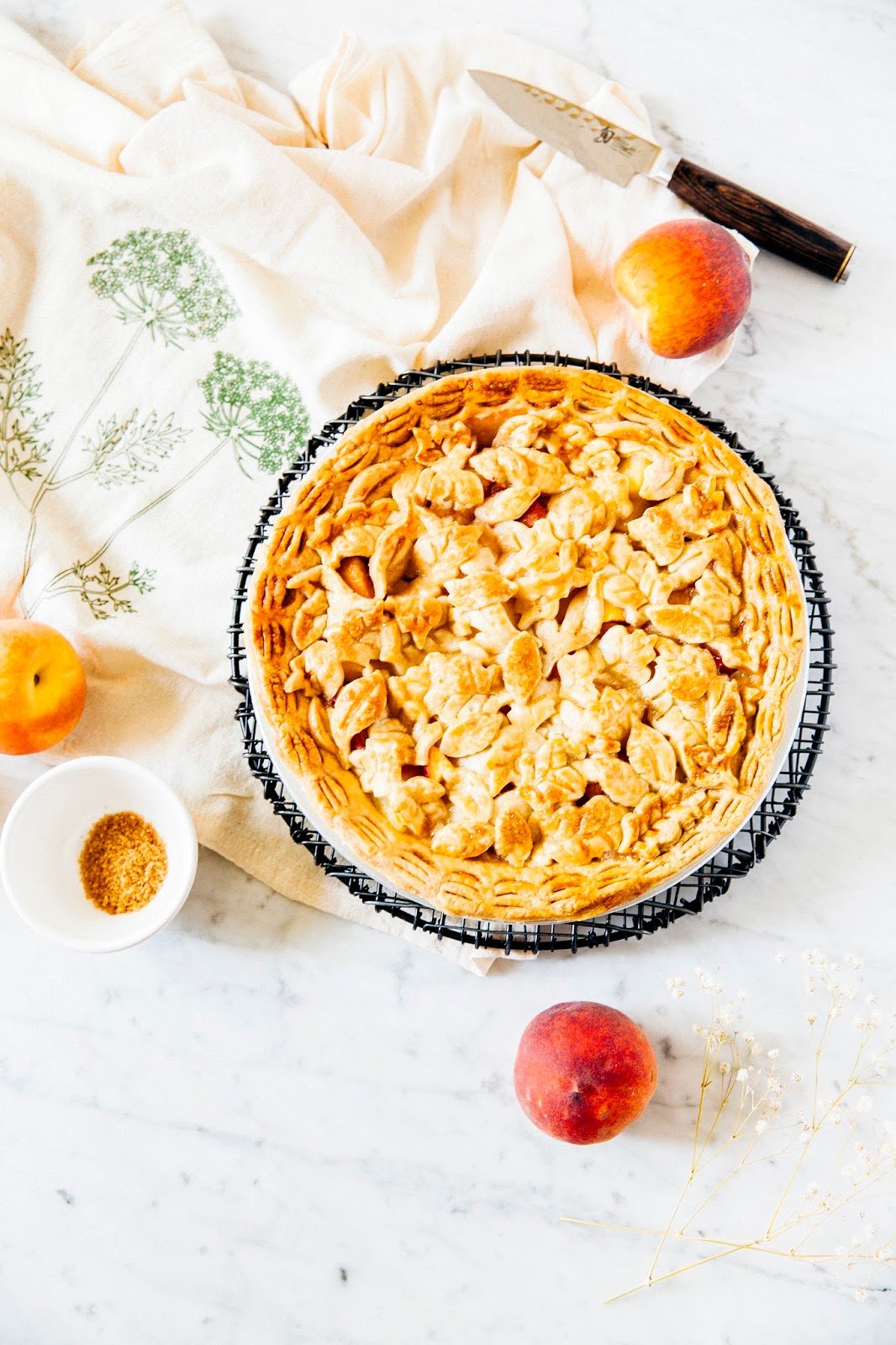 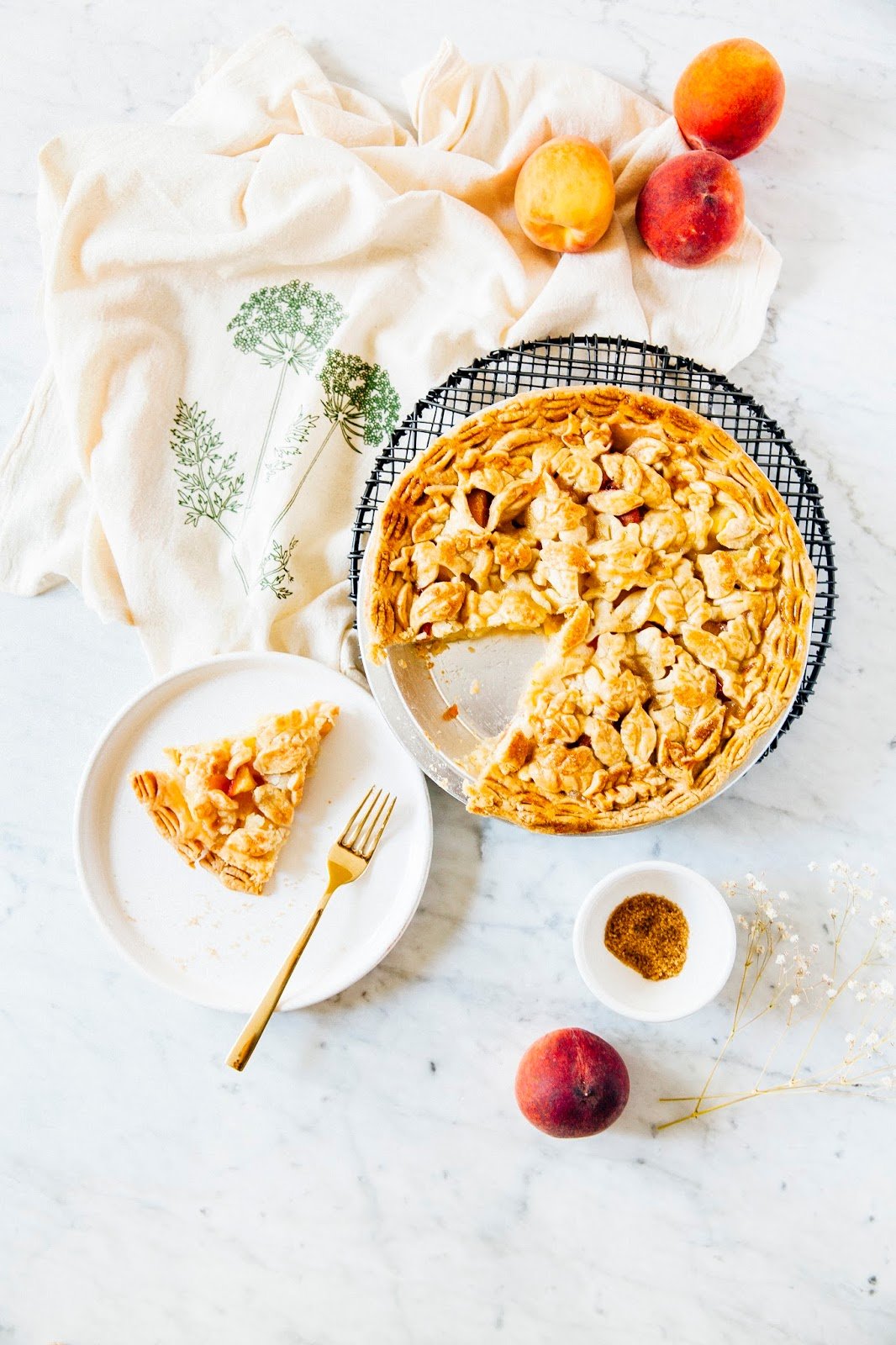 In the end though, I got talked out of it. Snapchat rained its judgement down on me and I buckled at the knees. One anonymous Snapchatter snarled at me: “pineapple and peach are fine on their own; you’re trying too hard!”

But hey! At the end of the day, these recipes are for you guys. So I’m taking your advice and backing far, far away from the paprika. Nothing fancy or special in this pie, folks — just pineapple, peach, and brown sugar. Oh, and some coconut oil in the crust ti give it a little bit of a tropical flavor.

And you know what? You all were right.

It’s delicious as it is.

Thank you to Life and Home for sponsoring this post by providing the compensation and pretty flour sack towels that you see in this post! The towels are Life and Home’s first product from their own line, designed in Brooklyn, and made in the U.S.A with all American materials. If you haven’t checked out Life and Home yet, head on over — they have almost everything you could possibly need and want for a pretty and functional home. In addition to these floral towels, I’m in love with this coffee grinder, this ceramic KitchenAid mixing bowl, and this wooden muddler set for cocktails. I want it all! As always, thank you for supporting Hummingbird High and my awesome sponsors. 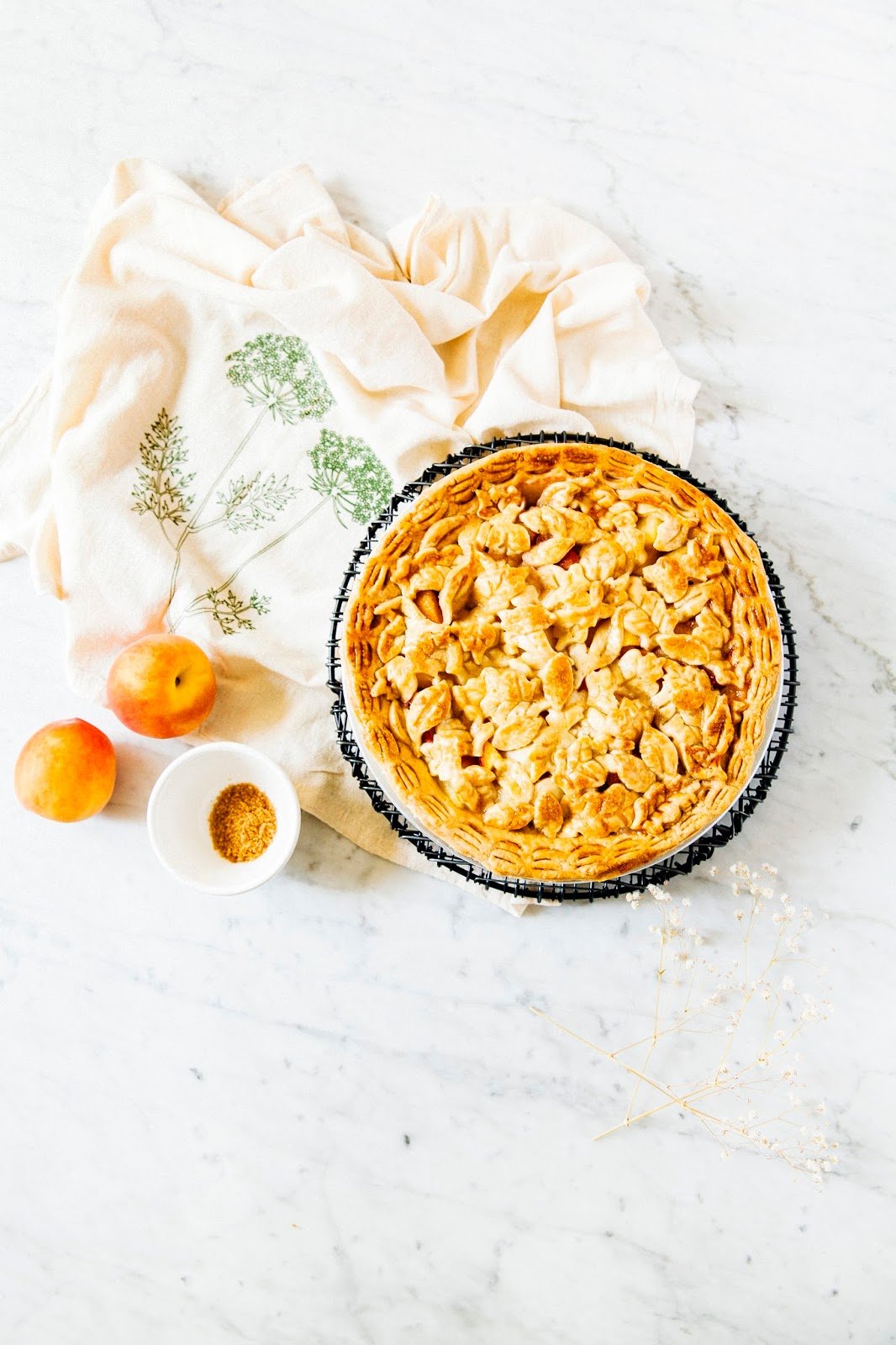 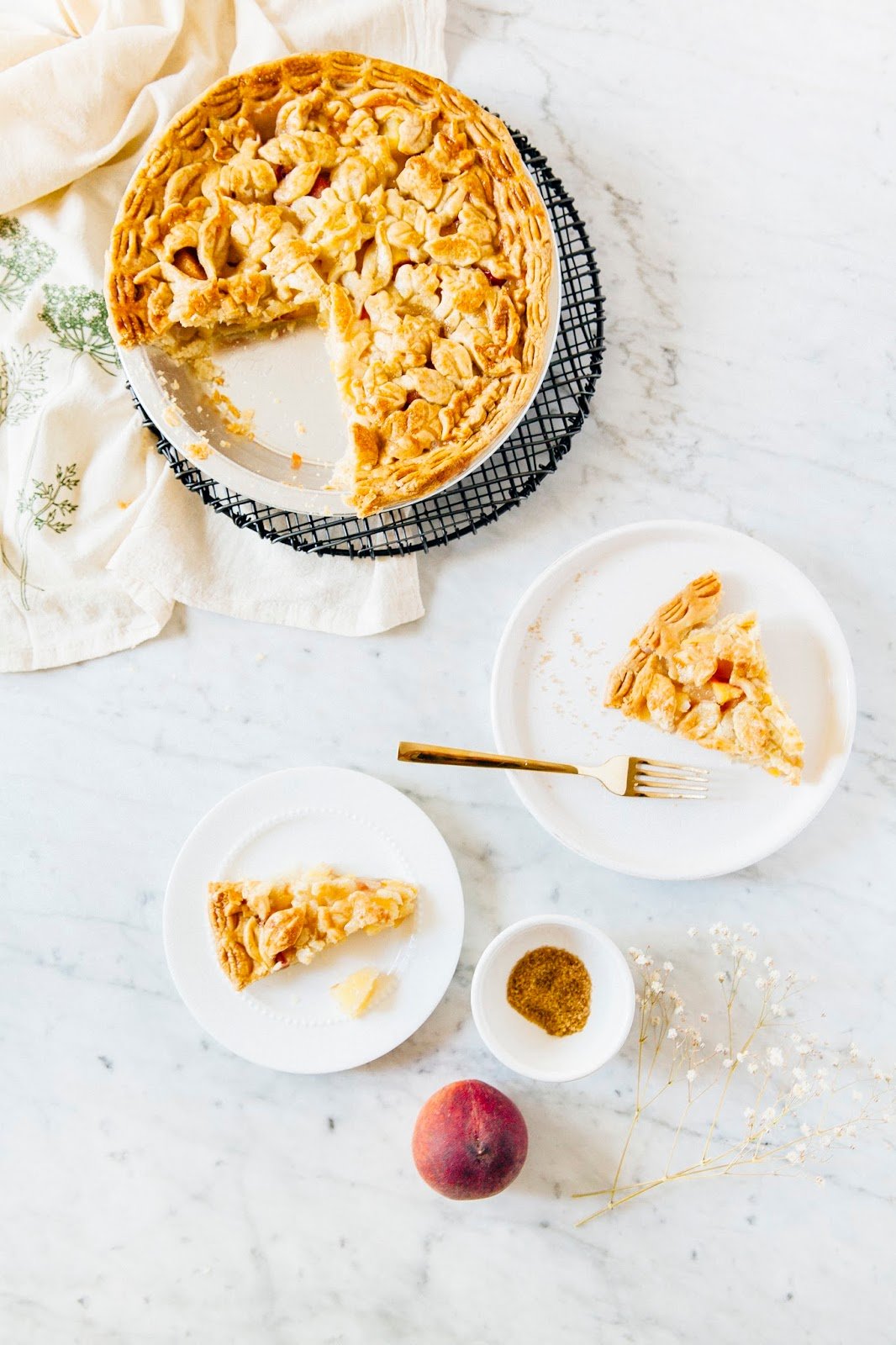 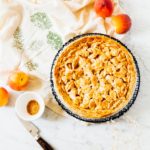 Pineapple and Peach Pie with a Coconut Oil Crust

For the Coconut Oil and Butter Crust

For the Pineapple and Peach Pie

(enough for one 9-inch pie)

(enough for one 9-inch pie)

For the Coconut Oil and Butter Crust

For the Pineapple and Peach Pie