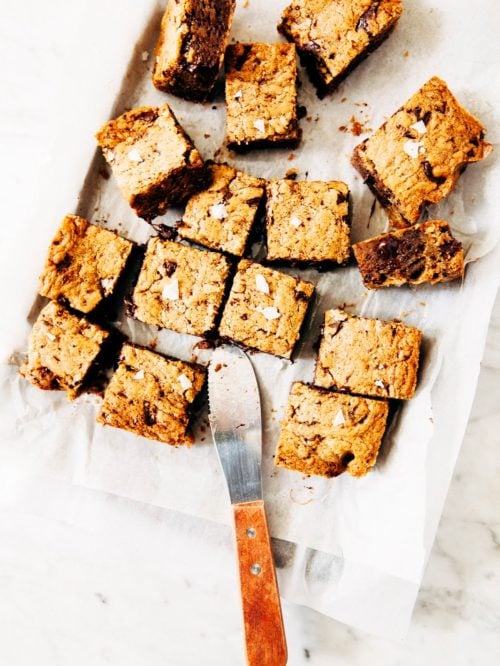 As my move to New York slowly but surely comes closer, I’ve been Marie Kondo-ing the SHIT out of my apartment. All my furniture is being sold, any excess kitchenware and cookbooks are being given away, the full works. Luckily, in a big city like San Francisco, there are always people coming and going. It’s […] 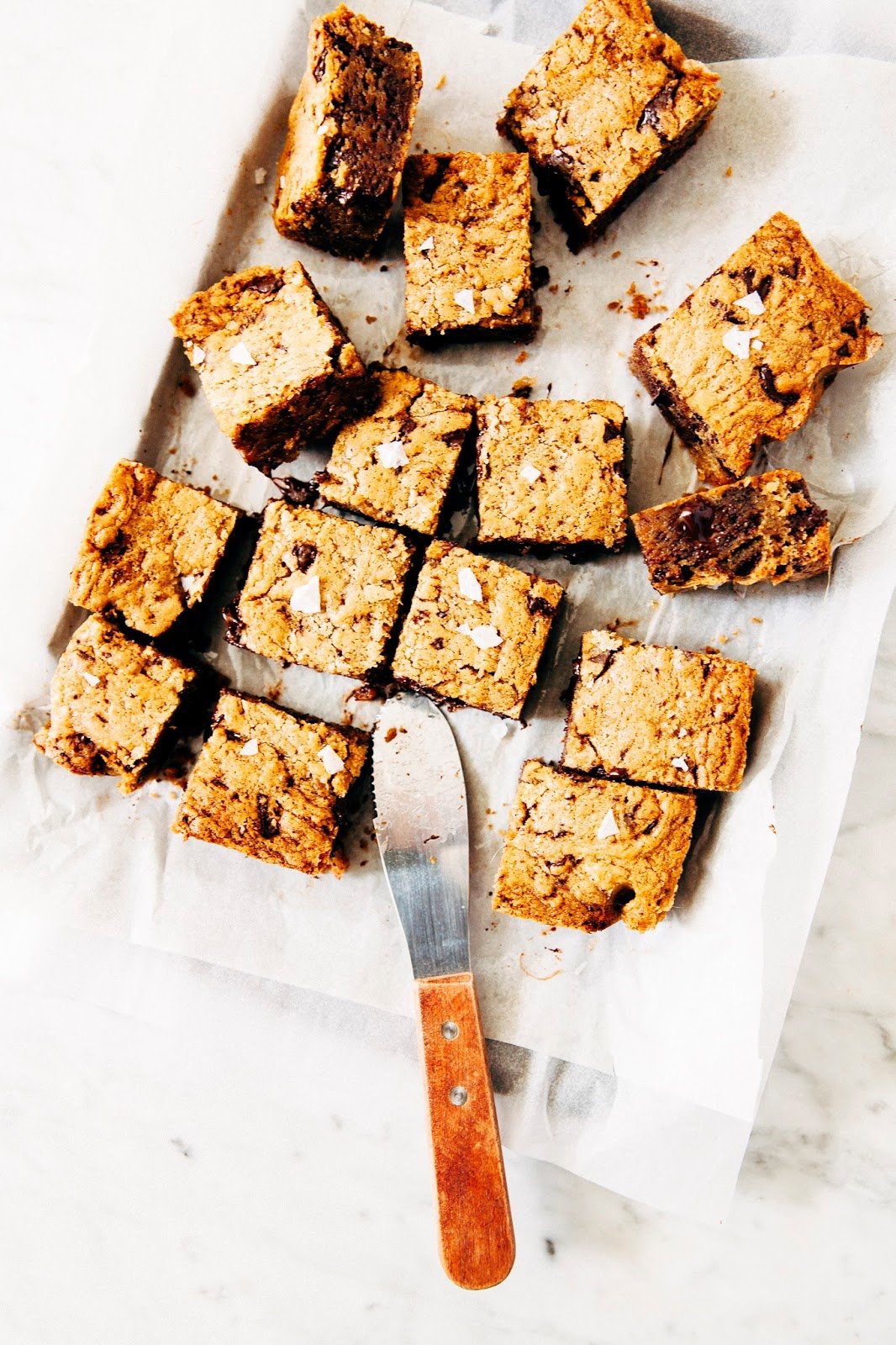 As my move to New York slowly but surely comes closer, I’ve been Marie Kondo-ing the SHIT out of my apartment. All my furniture is being sold, any excess kitchenware and cookbooks are being given away, the full works. Luckily, in a big city like San Francisco, there are always people coming and going. It’s been surprisingly easy to get rid of it all (PS — if any Bay Area folks want this trusty marble island that’s served as my backdrop for the last year, let me know). The only thing that’s not so easy to hand off are my pantry items — nobody wants my half-empty jars of condiments, partially used bags of ingredients, or the frozen fruit in my fridge that I’ve been hoarding for “future projects”. 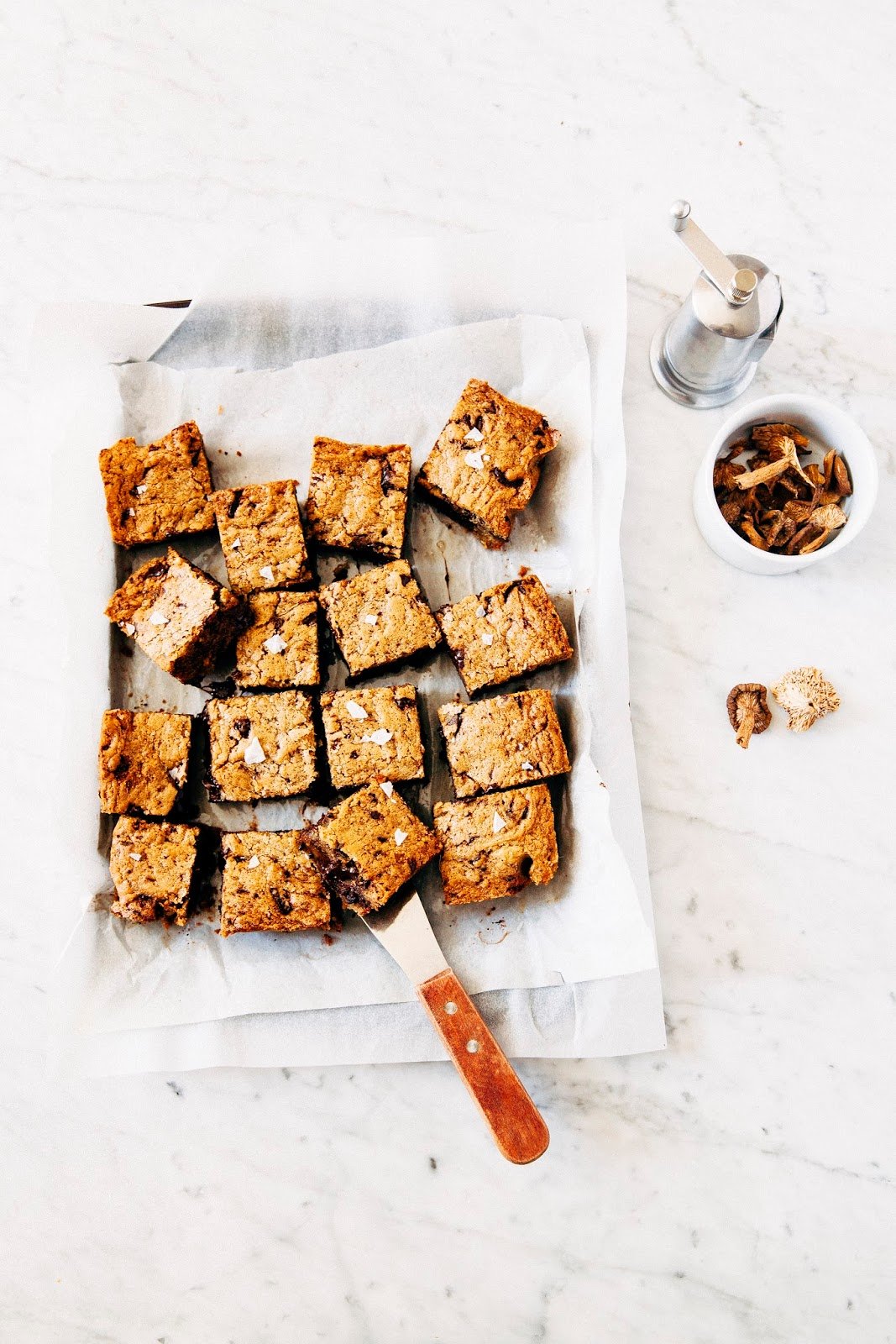 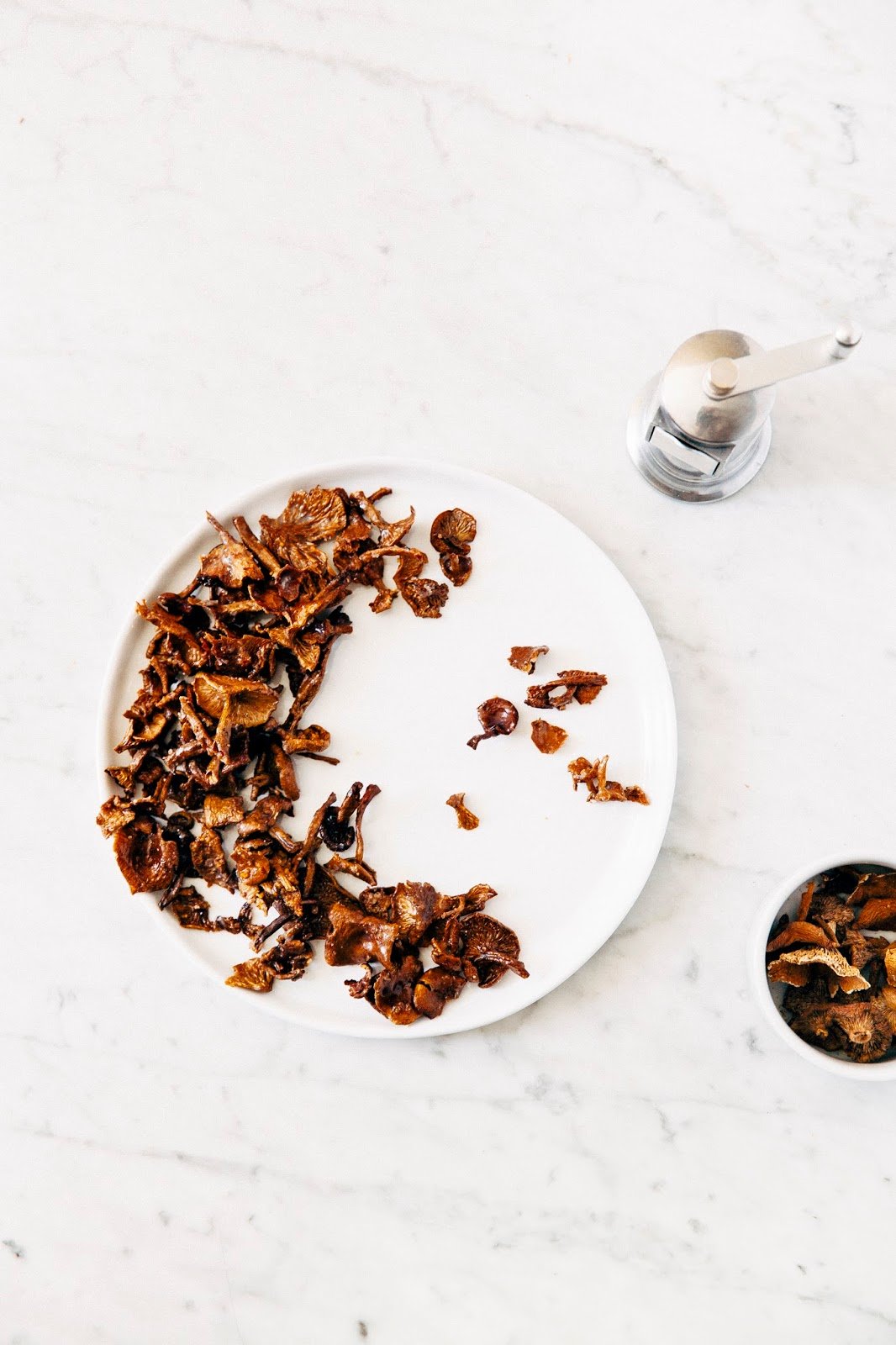 So I’ve got no choice but to use them myself before I go, making pie with the frozen fruit, cookies with the odd quantities of chocolate, and these blondies. These blondies are purely a result of two pantry leftovers and discoveries: half a block of Trader Joe’s Pound Plus Chocolate Bar, and a bag of candy cap mushrooms buried in the back of my baking drawer.

Erlend, ever the mushroom enthusiast, gifted me this bag of candy cap mushrooms a few months ago. “They’re supposed to taste like maple syrup!” he exclaimed, handing me a bag he’d ordered online. “Maybe you can bake something with them!” Since I don’t quite share this interest of his, I smiled politely, nodded, and promptly forgot about them. 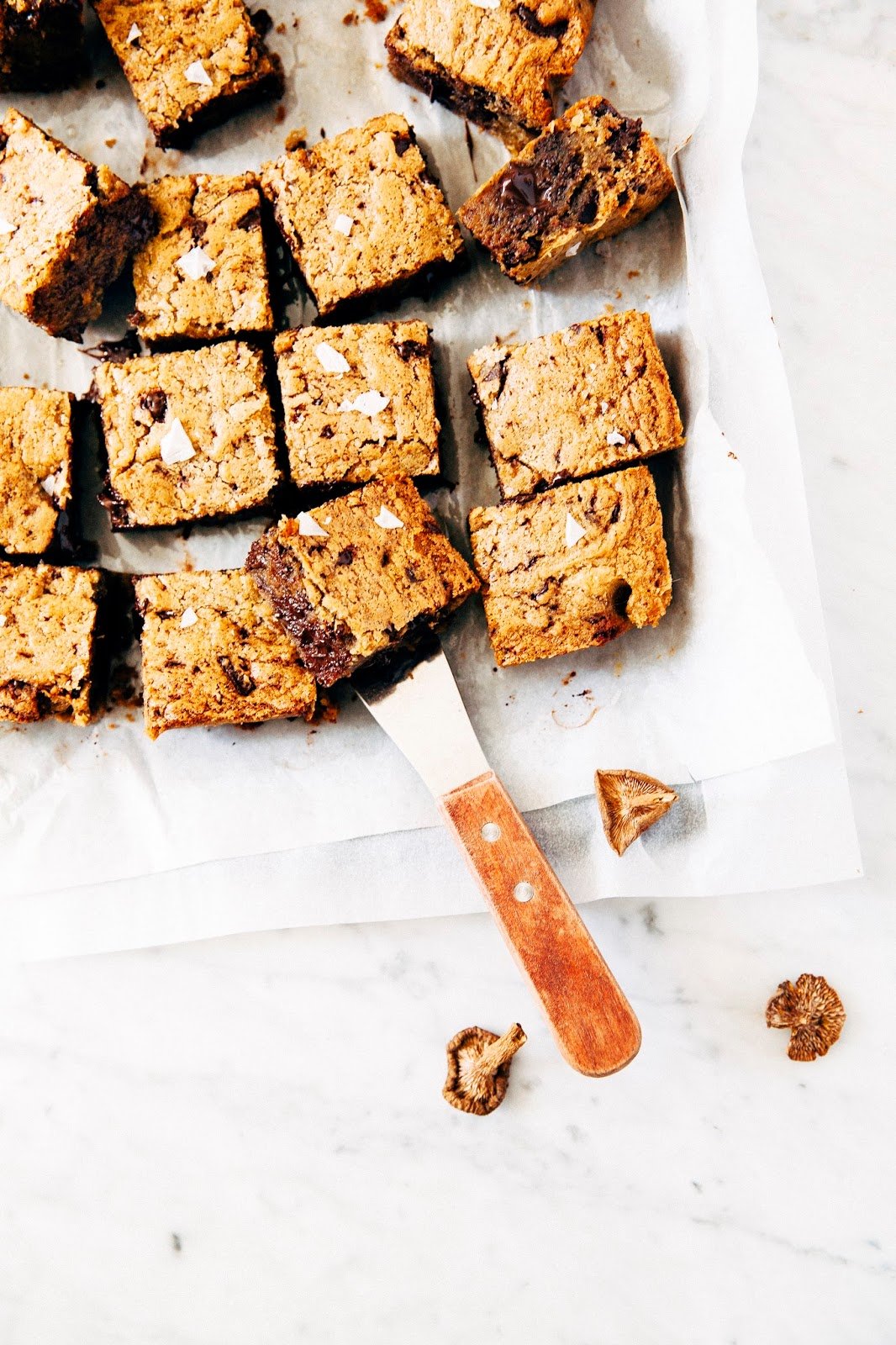 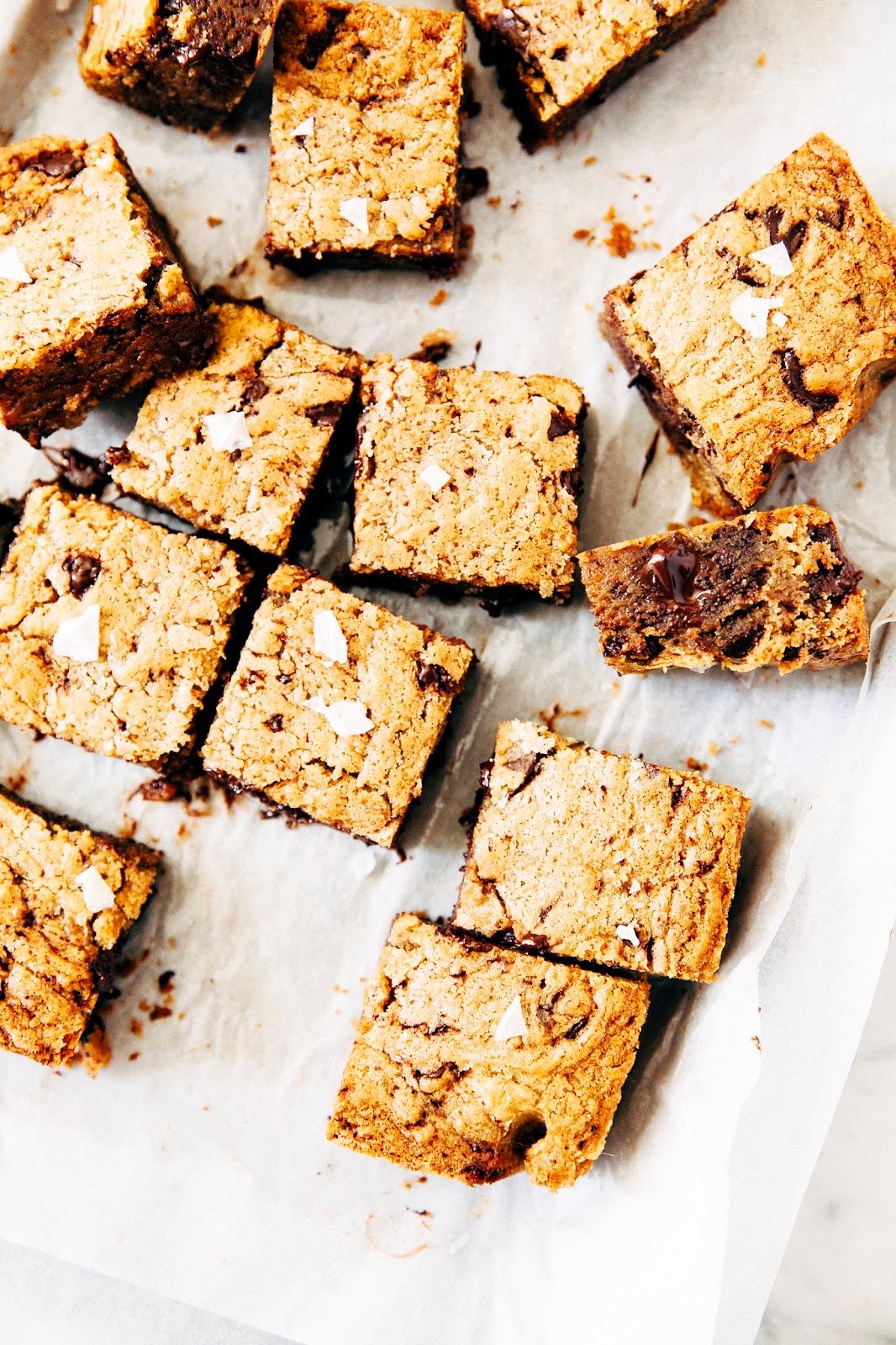 If you’re not an amateur mycologist like Erlend, here’s a primer: candy cap mushrooms are indeed a type of fungi often used in desserts as an extract or flavoring. Unlike other mushrooms that taste like, well, mushrooms, candy caps taste like molasses and brown sugar. They smell so fragrantly of these flavors too that when I initially discovered the wrapped package in my drawer, I’d assumed that it was a block of rock sugar.

Indeed, when I brought a bag of these babies in to work and made my coworkers guess the secret ingredient, the most common guess was maple syrup. The looks on their faces when I told them that they were eating blondies flavored by a kind of mushroom was pretty priceless. 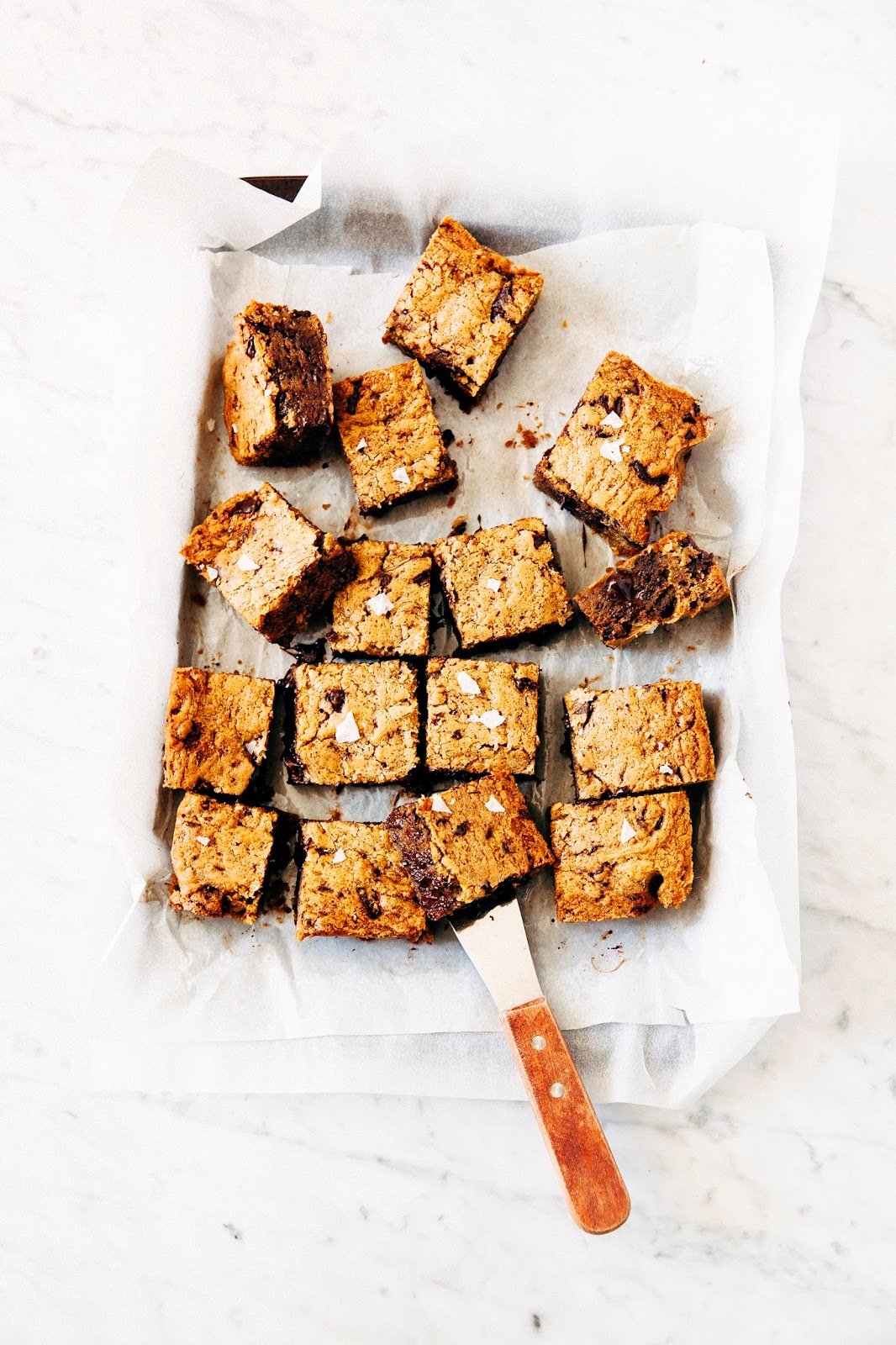 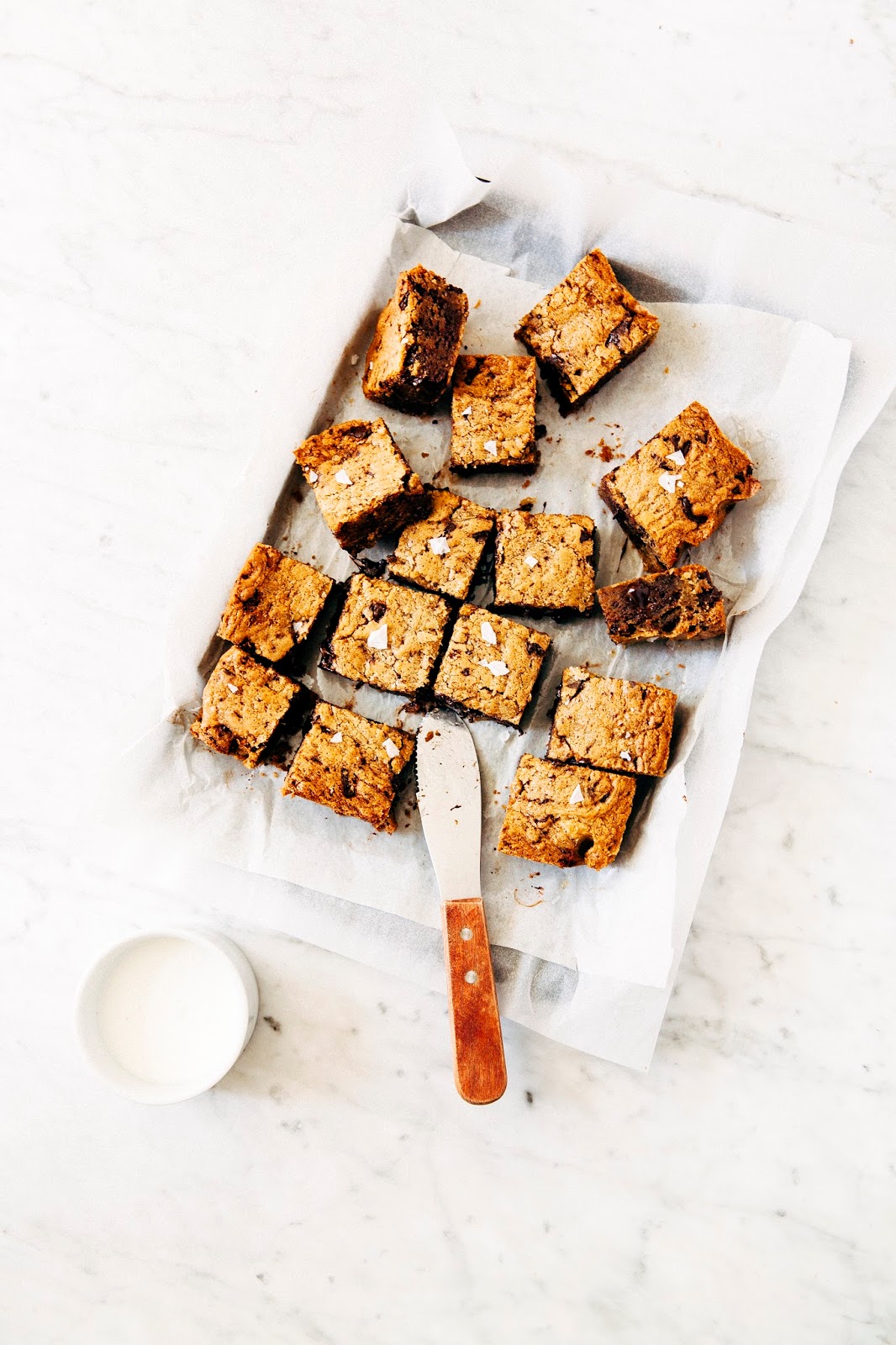 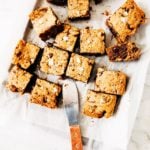 Hella adapted from this Food52 recipe 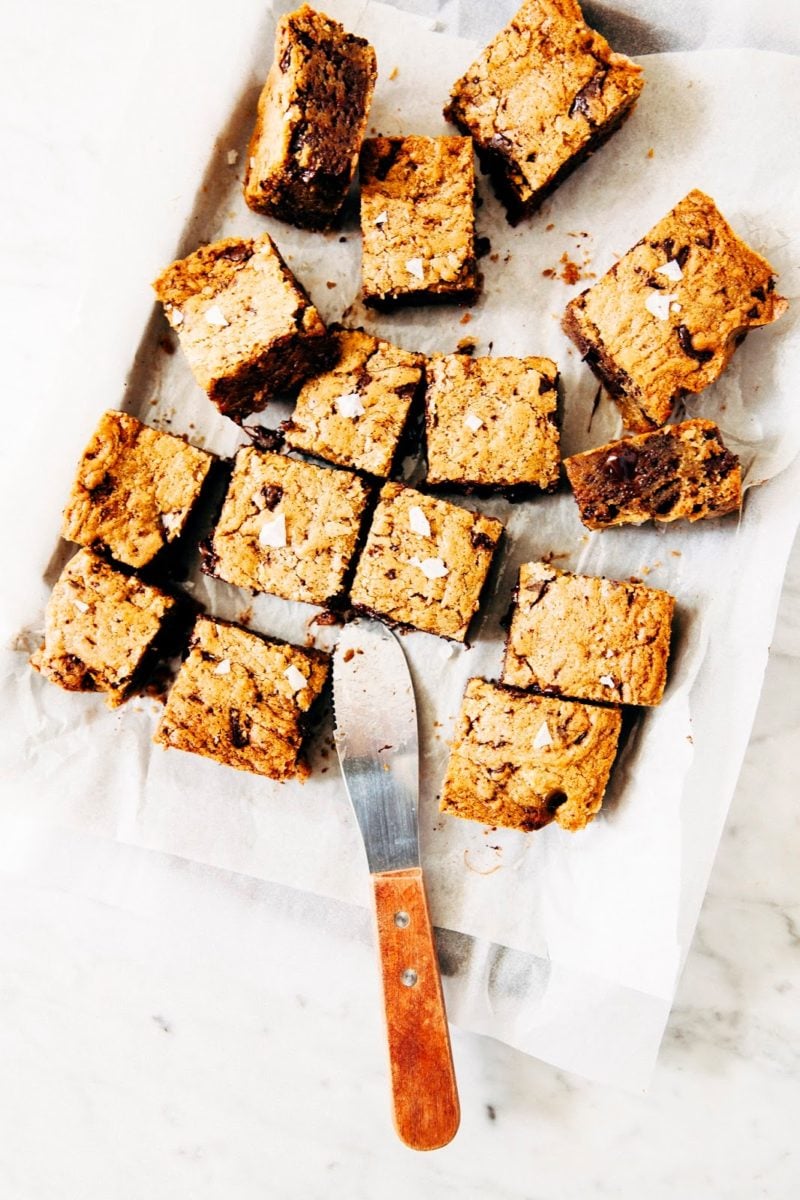 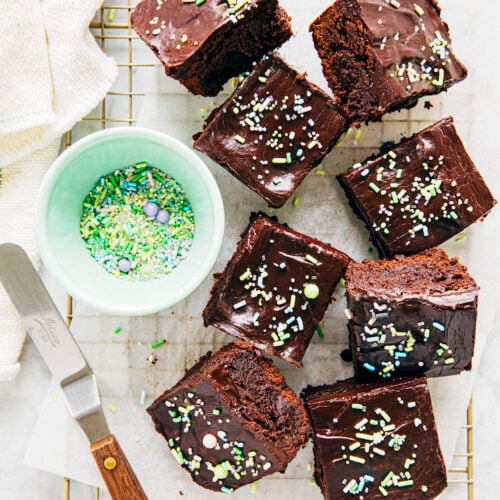 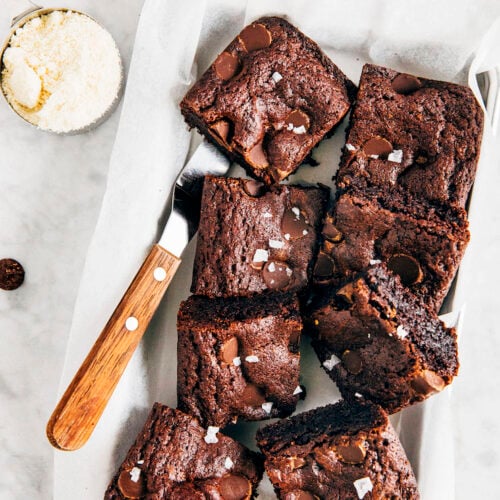