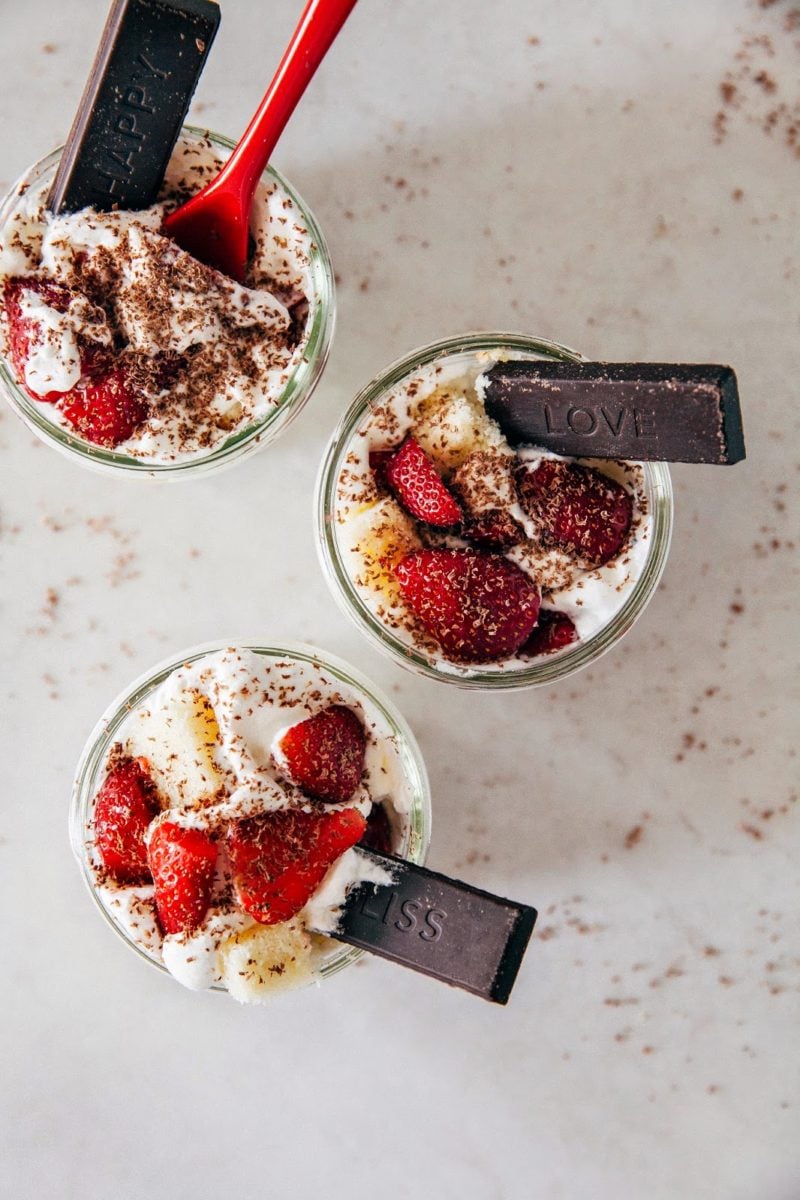 I had this romantic notion in my mind that I would move to San Francisco with just three boxes (one for cookbooks, one for kitchenware, and one for clothes), but that is clearly becoming an idle fantasy. Because every time I move, I’m appalled by the amount of junk that I seem to have collected […] 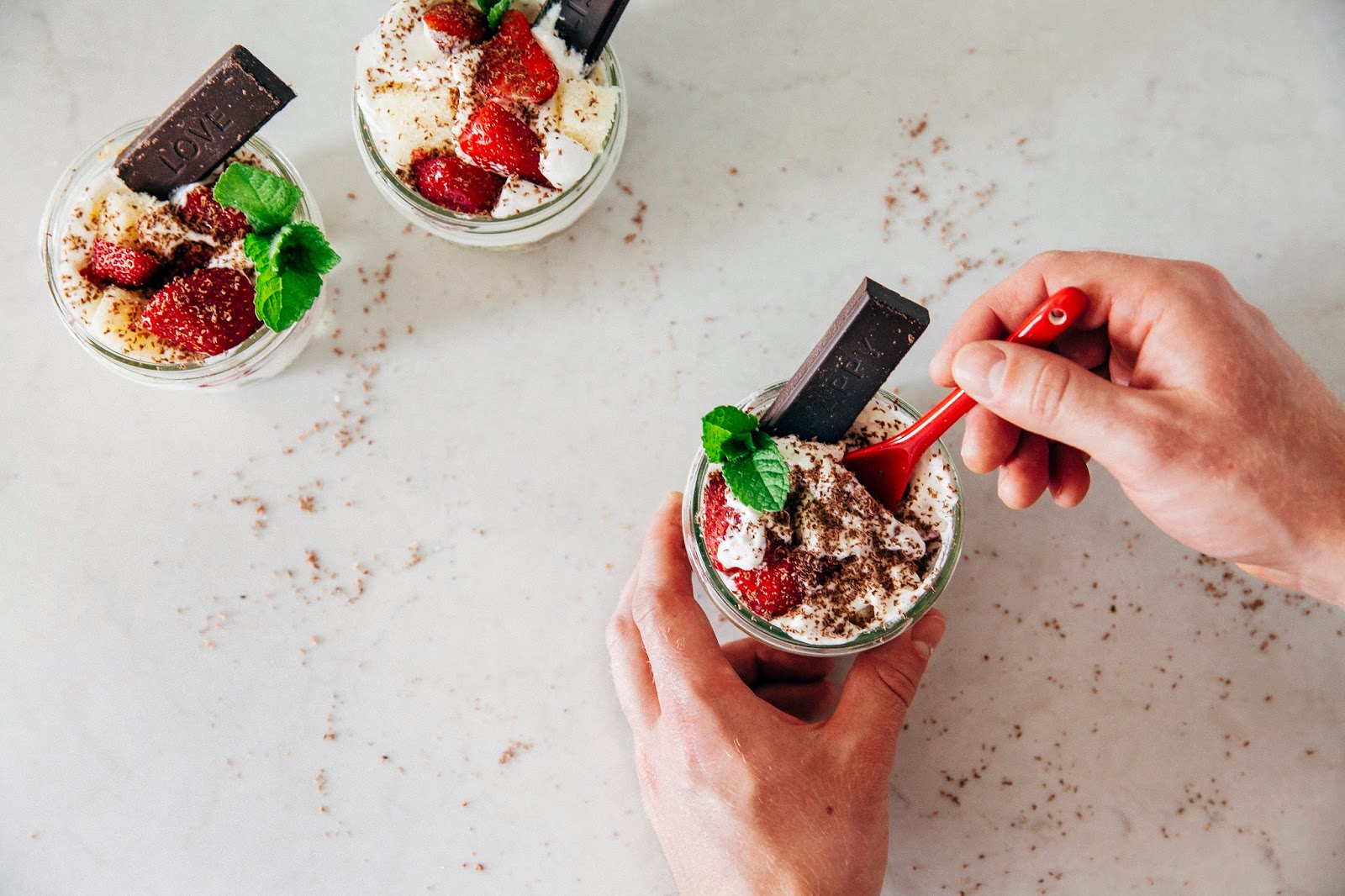 I had this romantic notion in my mind that I would move to San Francisco with just three boxes (one for cookbooks, one for kitchenware, and one for clothes), but that is clearly becoming an idle fantasy. Because every time I move, I’m appalled by the amount of junk that I seem to have collected over the years. Clearing out my closet, for instance, took an entire freaking day! I always thought I was good about throwing out stuff I didn’t need, but apparently not — I had clothes that stretched back all the way to my freshman year of high school (specifically, a white French Connection skirt with embroidered flowers that I also wore to my college graduation brunch and could never in a million years fit into today), as well as collections from entire phases and fashion cycles in college. Remember when everybody wore flimsy, brightly colored cardigans and oxford shoes? Or American Apparel clothing non-ironically? Nope, just me? Okay.

Going through the clothes and figuring out which ones to sell, donate, and keep was a challenge on its own. I gave myself some rough rules — one box only, and I would live life like Caroline, the minimalist fashion blogger from Un-Fancy who advocates maintaining only a 35-piece wardrobe capsule (though to be fair, she lives in Austin, TX and advises folks to only have 2 jackets on hand; which, SIDE-EYE, girlfriend has clearly never lived in the Pacific Northwest). That meant letting go of 90% of my wardrobe, including selling the size 26 (!!!), barely worn Levis that I hoped to fit into again one day and the many beautiful Anthropologie dresses that at this point even Buffalo Exchange sniffed their nose at, because, let’s face it, as pretty as they are, the 1950s housewife look just ain’t big like it was in 2009. Or again, maybe that was just me.

Eitherway, all that deliberating, debating, and digging around my closets took a lot of energy; thankfully, I managed to sneak away for an hour to snack on one of these strawberry, coconut, and chocolate superfood partfaits: 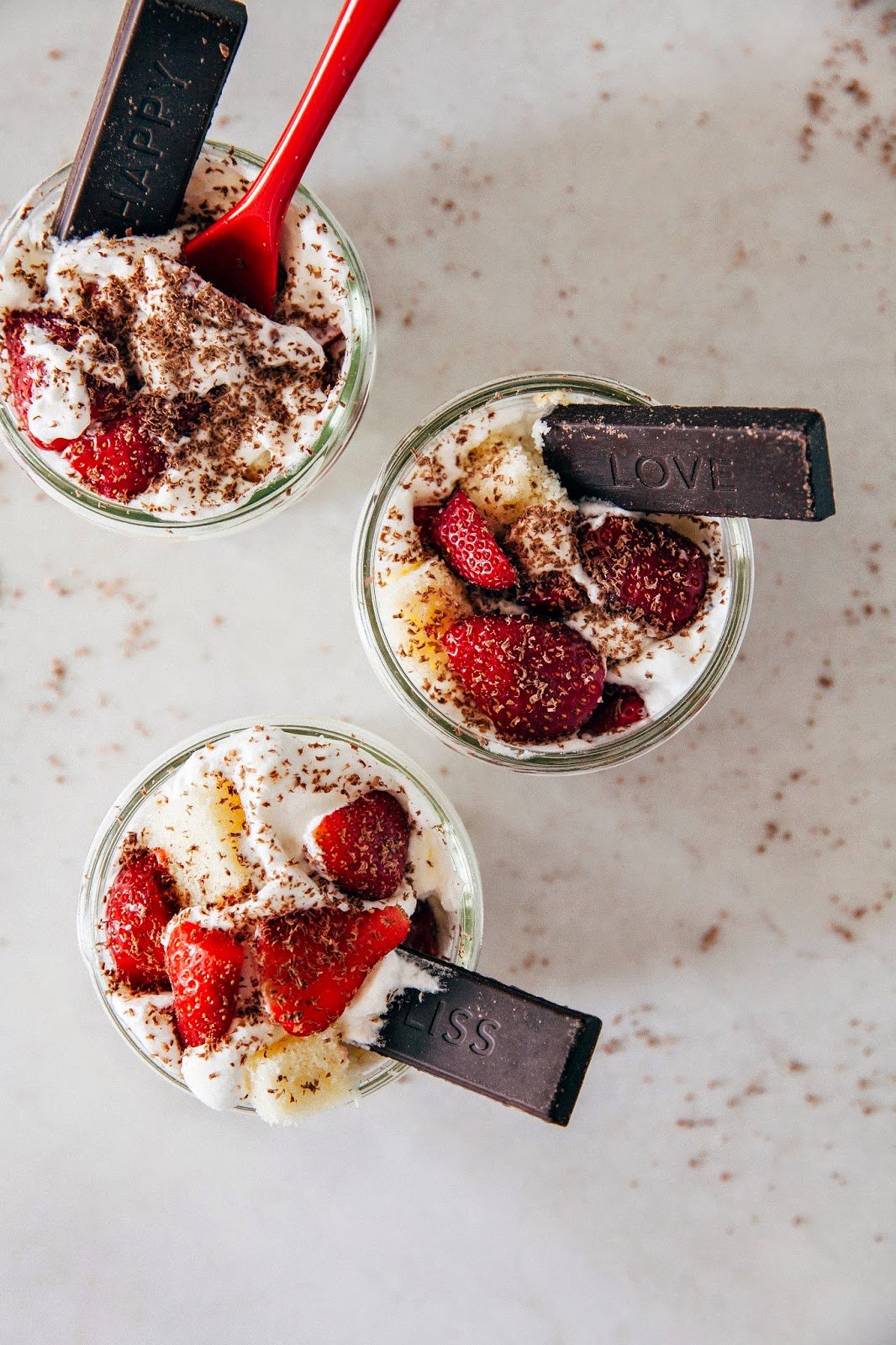 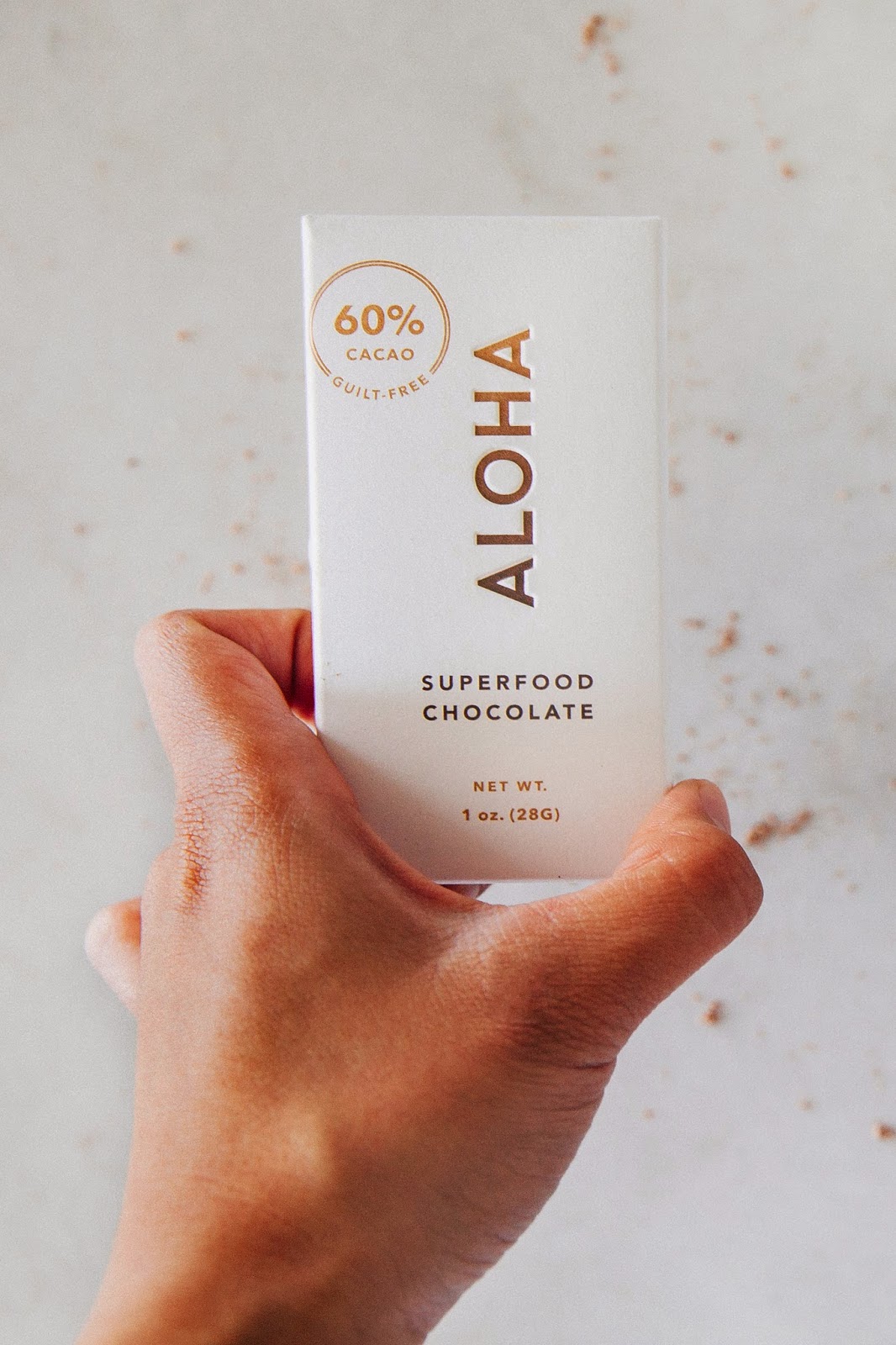 I know what you’re thinking — superfood chocolate? What is she on about? Hear me out — for these parfaits, I used Aloha Superfood Chocolate, which is vegan, refined-sugar free, and packed full of natural ingredients and sweeteners like cacao nibs, raw coconut flakes, and raw cashews. They also throw in their Daily Good Greens Chocolate Blend for even more nutrition, packing in peas, spinach, wheatgrass juice, berries, and even white button mushrooms.

Urgh, I can hear you thinking. Chocolate full of fruits and vegetables? That must taste like ass. Au contraire, mi amigo — Aloha Superfood Chocolate bars actually taste like every specialty dark chocolate bar I’ve ever had, but with a slightly coconutty afterkick. In fact, I liked its coconut flavor so much that I decided to use it as a garnish for these parfaits, which are layered with strawberries, coconut whipped cream, and coconut almond snack cake: 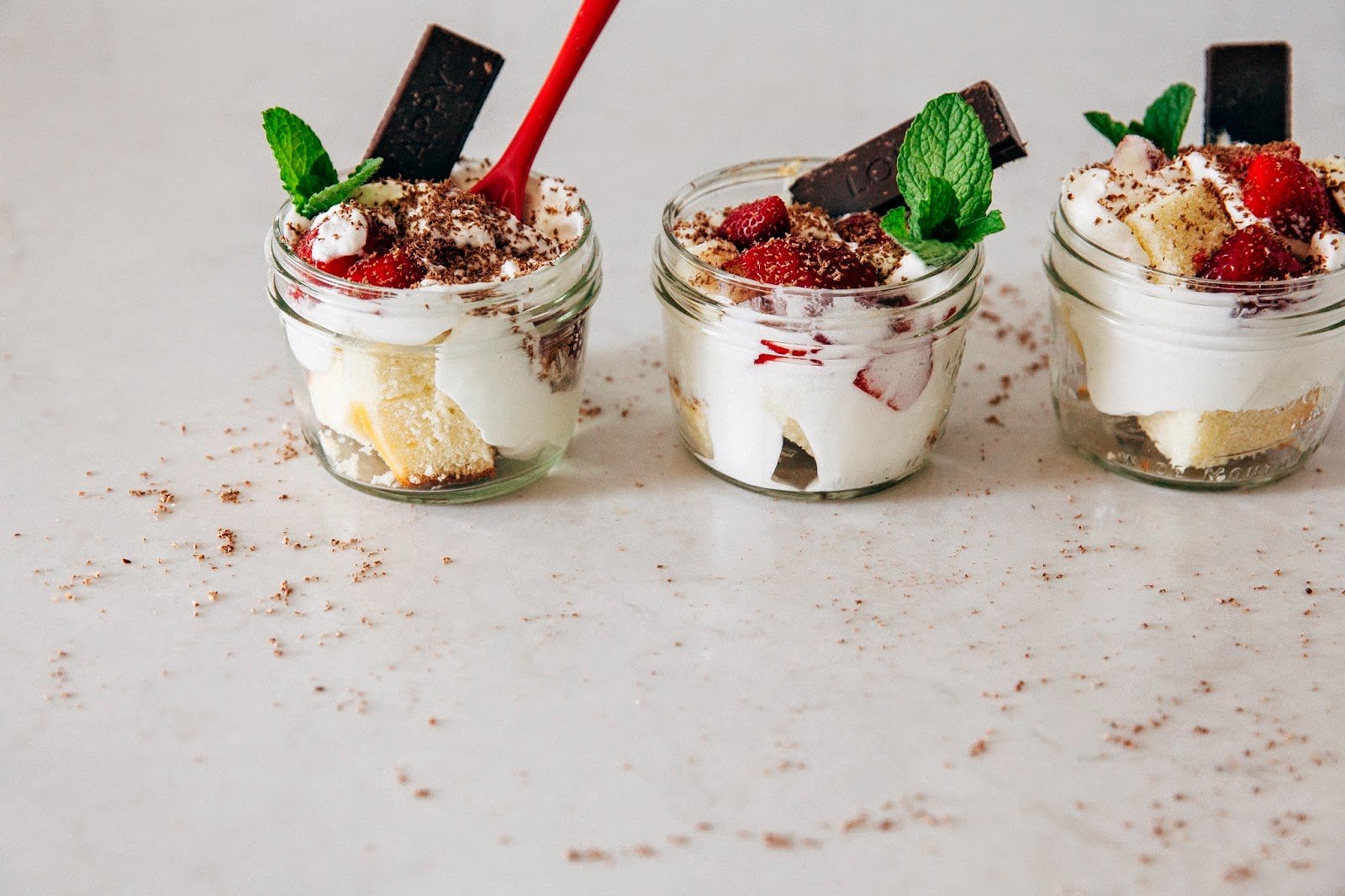 This is a little bit embarrassing, but Erlend and I had such a short notice/timeframe for moving that we actually would skip meals and eat some of the desserts I had lying around instead to save time. We’re the worst, I know, I know, especially since I made a big stink about how I was eating well in my last somewhat panicky blog post. But I’m actually 100% convinced that the superfood chocolate is what kept me going as I went through boxes and boxes of my clothes. So at least there’s that?

But, hey, it’s the homestretch, guys. I’m almost there. Wish me luck. 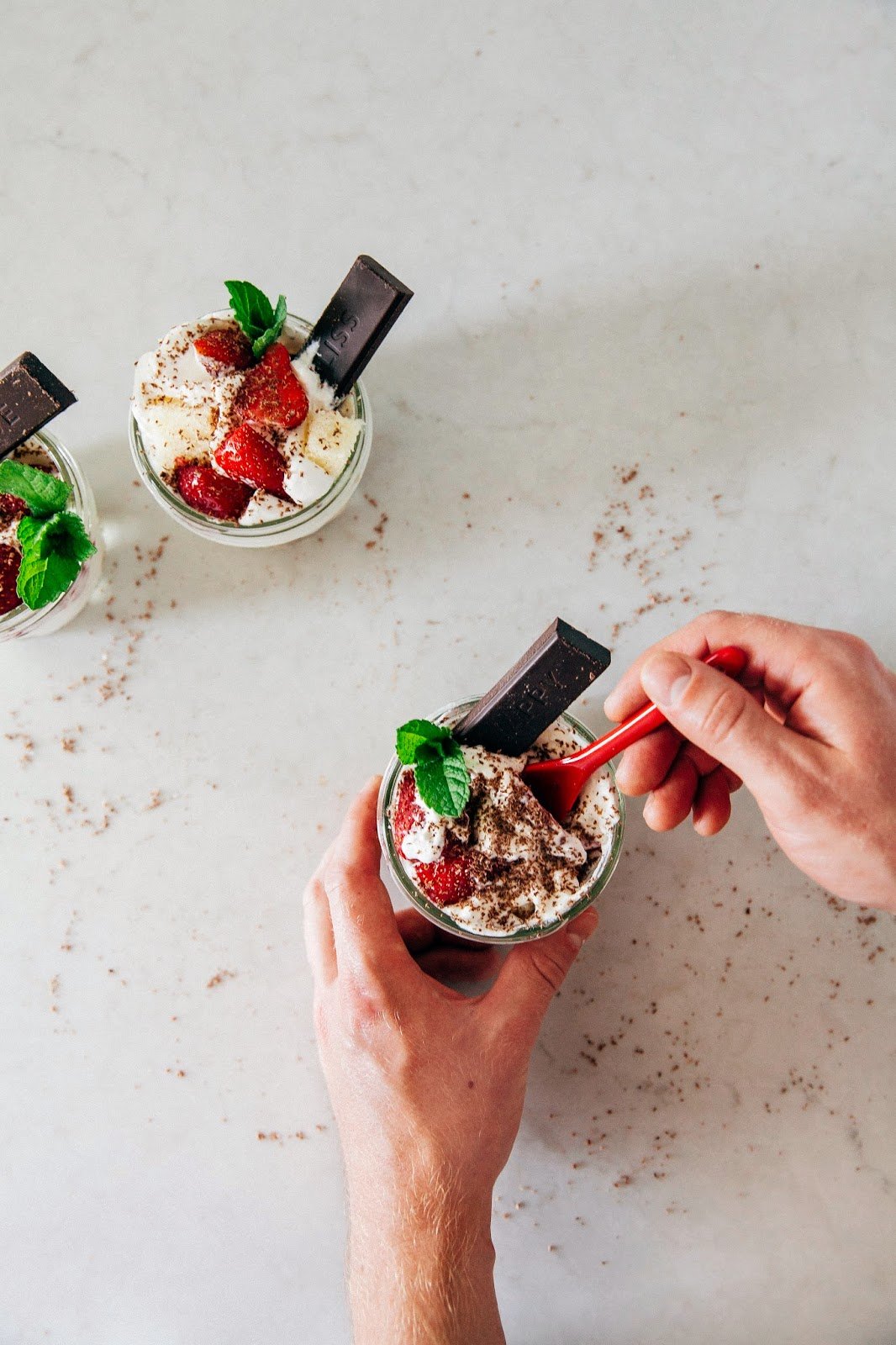 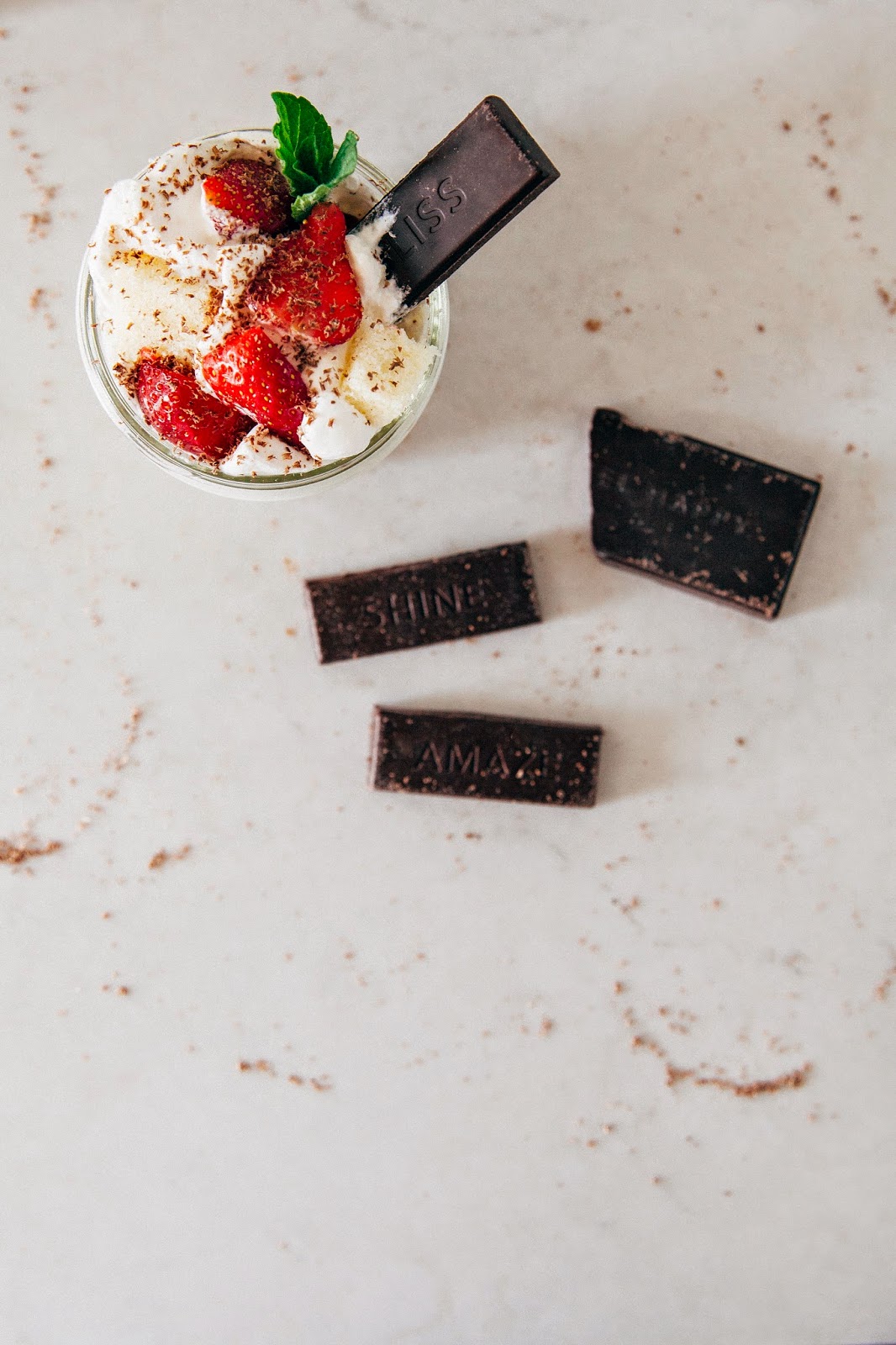 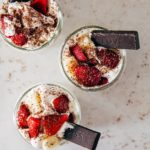 For the Coconut and Almond Snack Cake

For the Strawberry, Coconut, and Chocolate Superfood Parfaits

(makes 6 generous servings or 8 reasonable ones)

For the Coconut and Almond Snack Cake

For the Strawberry, Coconut, and Chocolate Superfood Parfaits