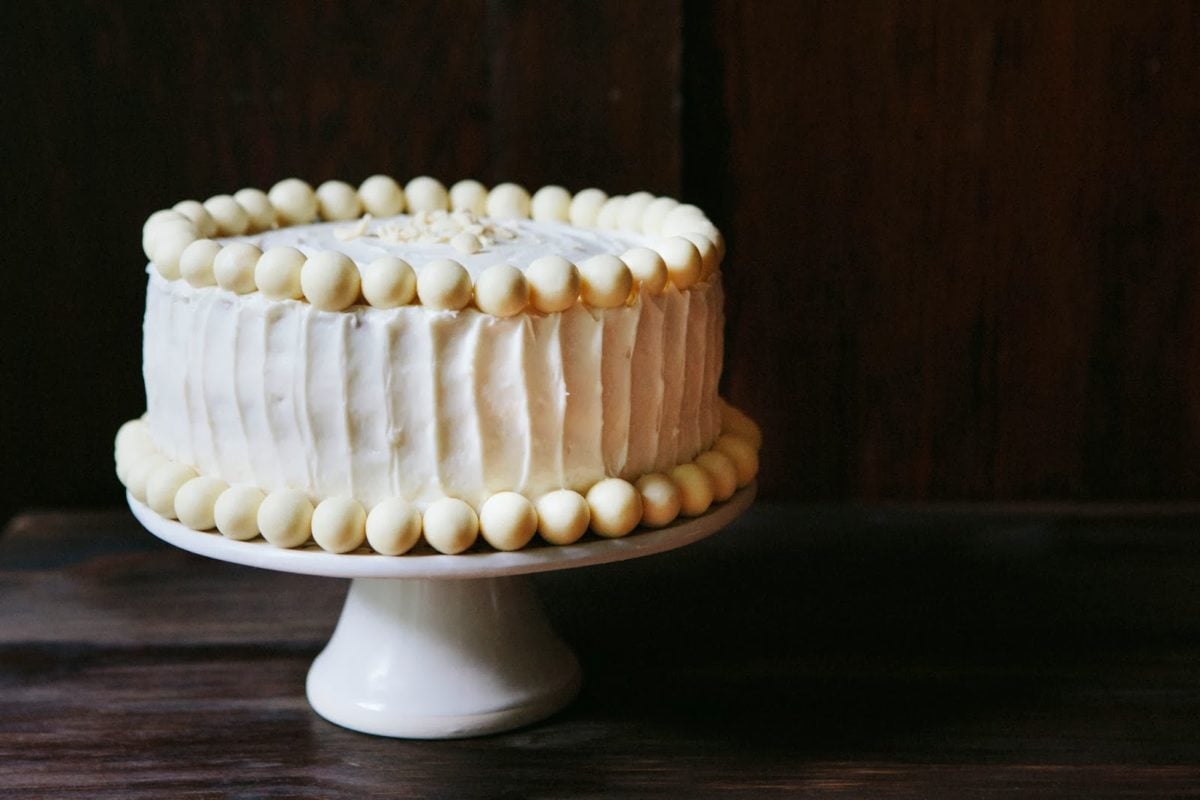 On my most recent trip to England, my friend Kiron introduced me to a British reality TV contest called The Great British Bake Off. The show takes 13 amateur home bakers and presents them with different baking challenges to be judged and eaten by two celebrity chefs (Mary Berry and Paul Hollywood — I have […] 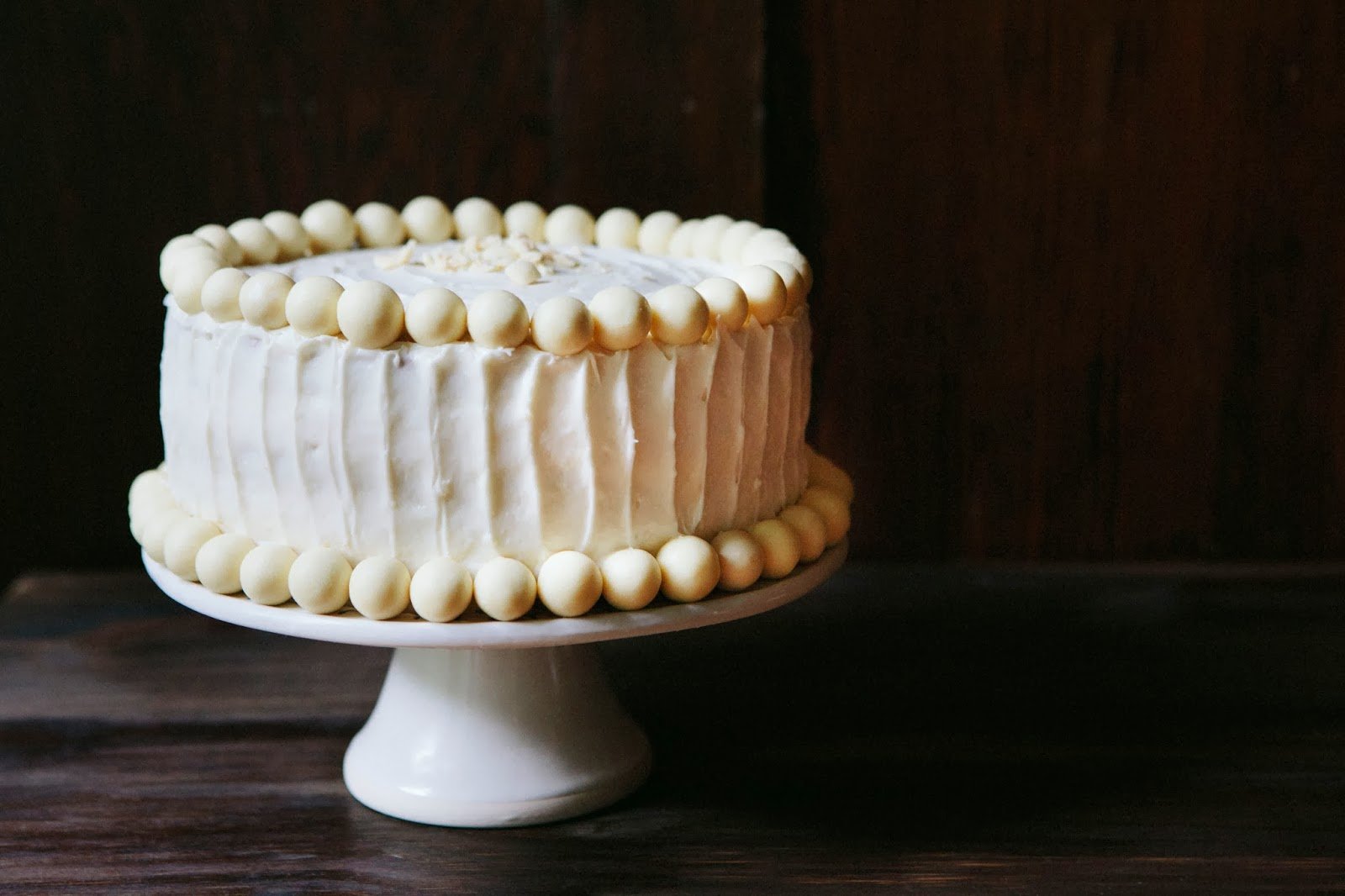 On my most recent trip to England, my friend Kiron introduced me to a British reality TV contest called The Great British Bake Off. The show takes 13 amateur home bakers and presents them with different baking challenges to be judged and eaten by two celebrity chefs (Mary Berry and Paul Hollywood — I have no idea who they are but they’re apparently a big deal in the UK). Each show has a different theme (like cakes, cookies, breads, or pies) but always has the same kinds of challenges per show:

Watching the first few episodes, I was appalled at some of the mistakes I saw the bakers making. Many turned their cakes out from their tins by flipping their cake pans violently and just catching them on their wire racks. I cringed at the screen and thought that the bakers were leaving way too much to fate. To wit — I flip my cake tin with the wire rack right over the opening, so that it travels the smallest amount of distance it needs to and falls directly into the pan.

There was also another particularly dreadful challenge in which none of the bakers had lined their tins with parchment paper, leaving them to haphazardly saw out a delicate tart crust that had stubbornly stuck itself into the pan. Unsurprisingly, the resulting tartlets were broken, uneven, and ugly. As I pointed these mistakes out to Kiron, he scoffed at me. “Oh please, Michelle,” he said. “Mary Berry would eat you alive.”

And that, friends, is how this cake was born: 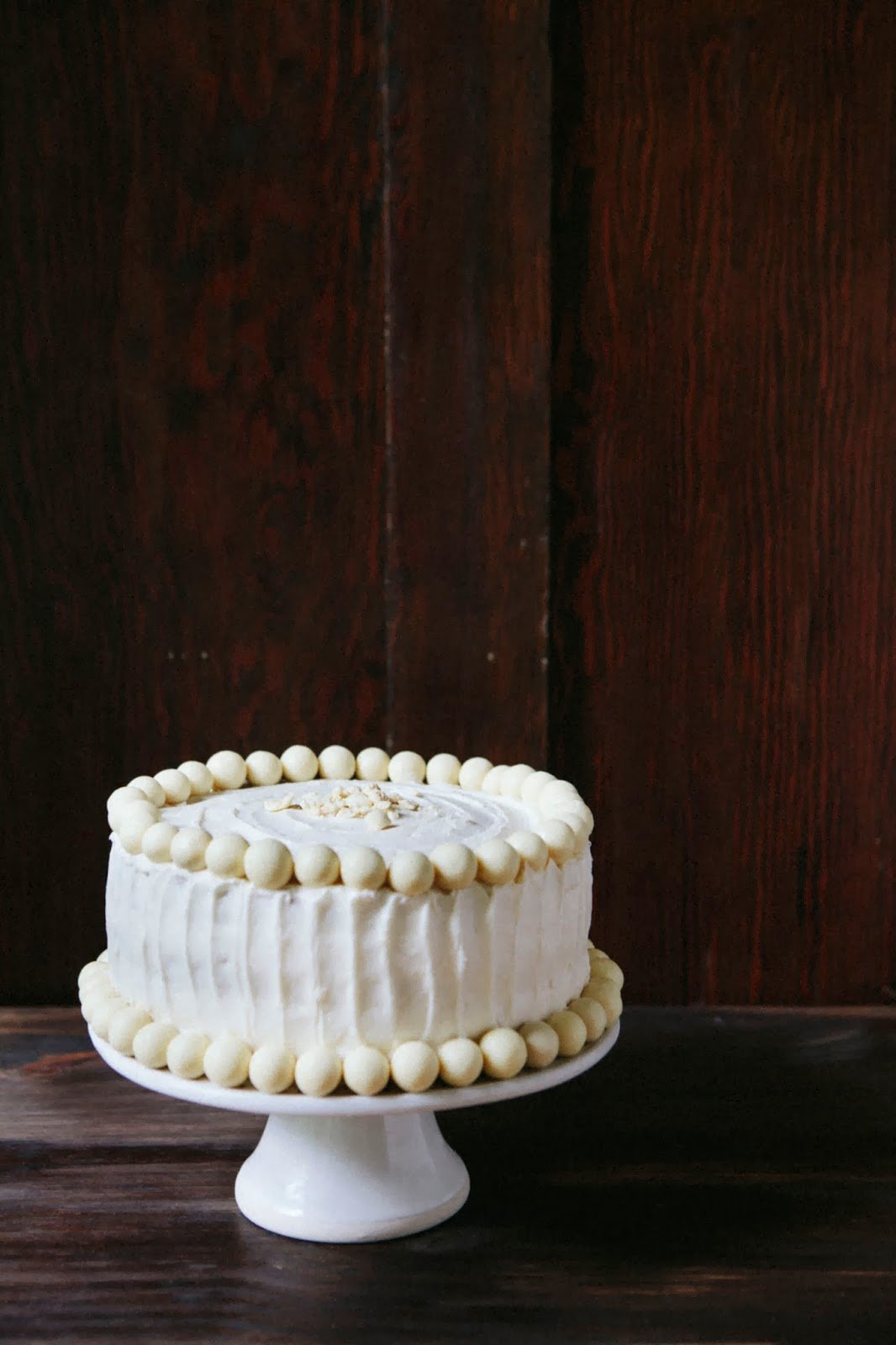 During the Cakes episode, all bakers had to make a chocolate cake for their Showstopper Challenge. My housemates and I watched in fascination as the contestants came up with crazy ideas like embedding a chocolate squirrel into the center of a cake (a surprise for when you cut into the cake, I guess) and building a chocolate structure inspired by the Sagrada Familia in Barcelona. Most of the cakes paired the chocolate with a fruit like orange, cherry, and passion fruit. Almost all were over the top with elaborate, intricate designs.

I pointed this out to my housemates, who I had also gotten hooked on the show. “It’s a shame, really. Why are the contestants trying so hard? I mean… it’s chocolate. It’s good enough on it’s own. I can make a better chocolate cake without too many other additional flavors or incredibly fancy decorations.”

That was the second time my baking skills had been challenged by the damned show, and I wasn’t going to stand for it. “Fine,” I said, jumping up and storming to the kitchen. I threw open the cupboards and sorted through the ingredients I had on hand: bags of white chocolate chips (since I rarely bake anything with white chocolate), some malt powder from an abandoned baking idea, and finally, a bag of forgotten white chocolate Malteser malt balls from my latest trip to the Netherlands.

All the main ingredients in this white chocolate malt cake: 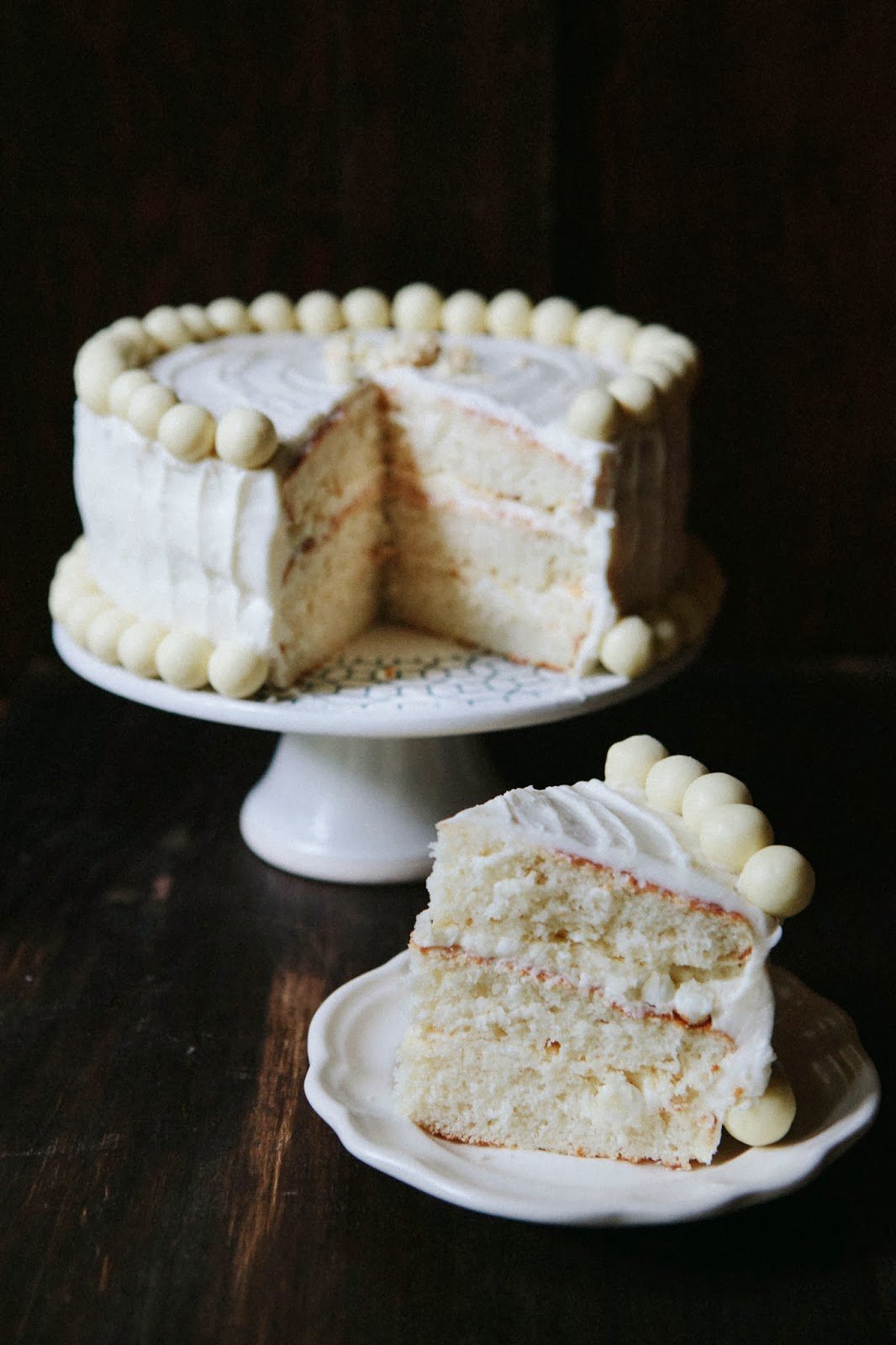 Or, as I like to describe it: all white everything cake. Beautifully even layers of white cake soaked in malted milk, sandwiched between white chocolate chips, white chocolate frosting, and white chocolate malt balls. What I really like about this cake is that white chocolate is obviously the main star — although the cake does have malt, it’s simply there to compliment and enhance the chocolate.

And as for the frosting job, I stuck with my signature swirl and neat lines on the side of the cake. All I needed was an offset spatula to finish the frosting off with some lines and spirals. “HA!” I yelled triumphantly as I brought out the cake for my housemates to see. The stunned looks on their faces showed me that they were impressed. “Now who says I wouldn’t do well on the Great British Bake Off?”

Neither of my housemates responded. They were too busy stuffing their faces with cake. Ha, I thought to myself. I think I won that one. Up next was my friend Kiron. I sent him the following instagram picture of the cake in its full glory. “Take that, Mary Berry,” I typed.

There was a pause. Then my phone buzzed with life. Kiron had responded: “Yeah, she can go do one.” 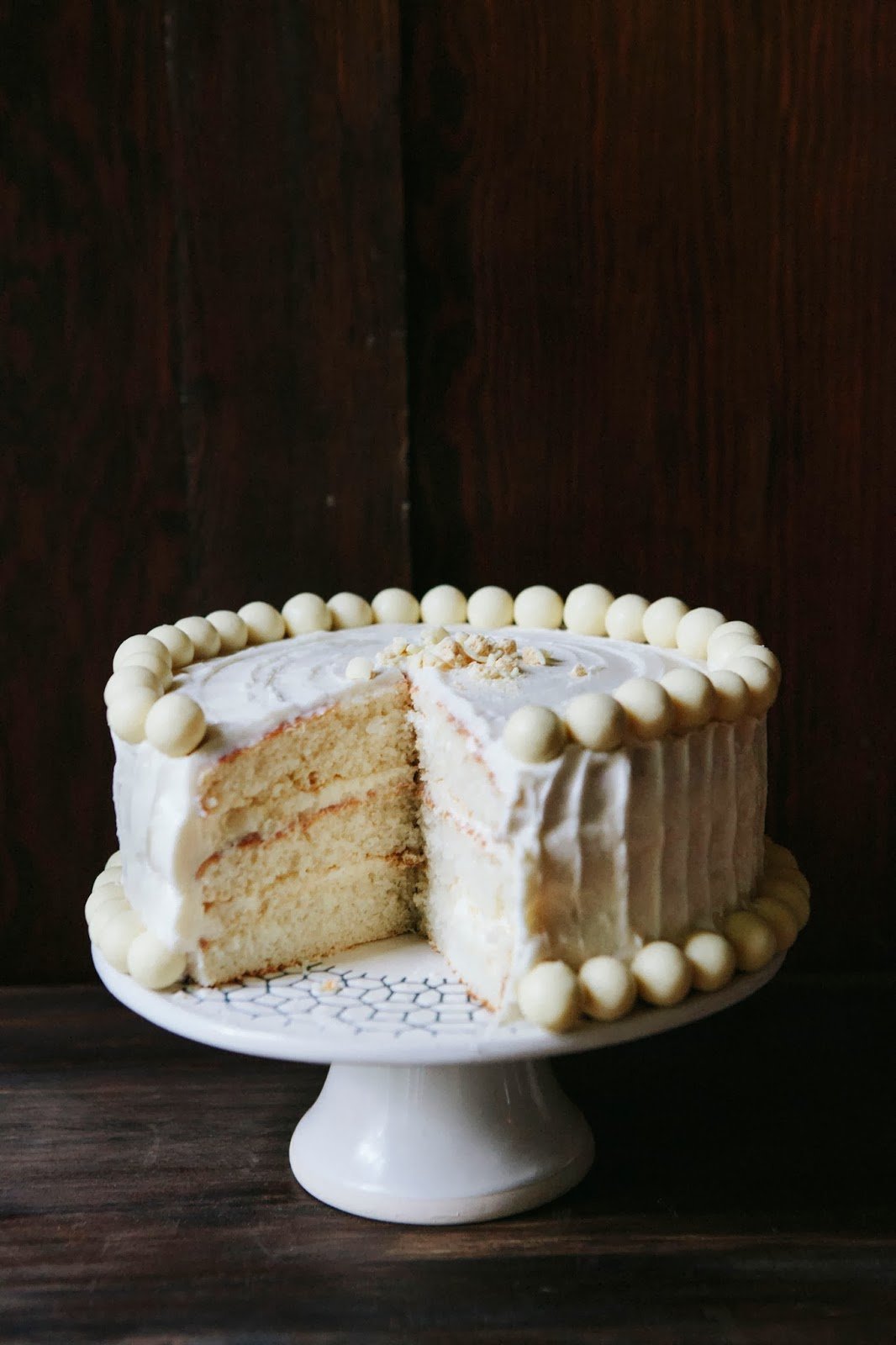 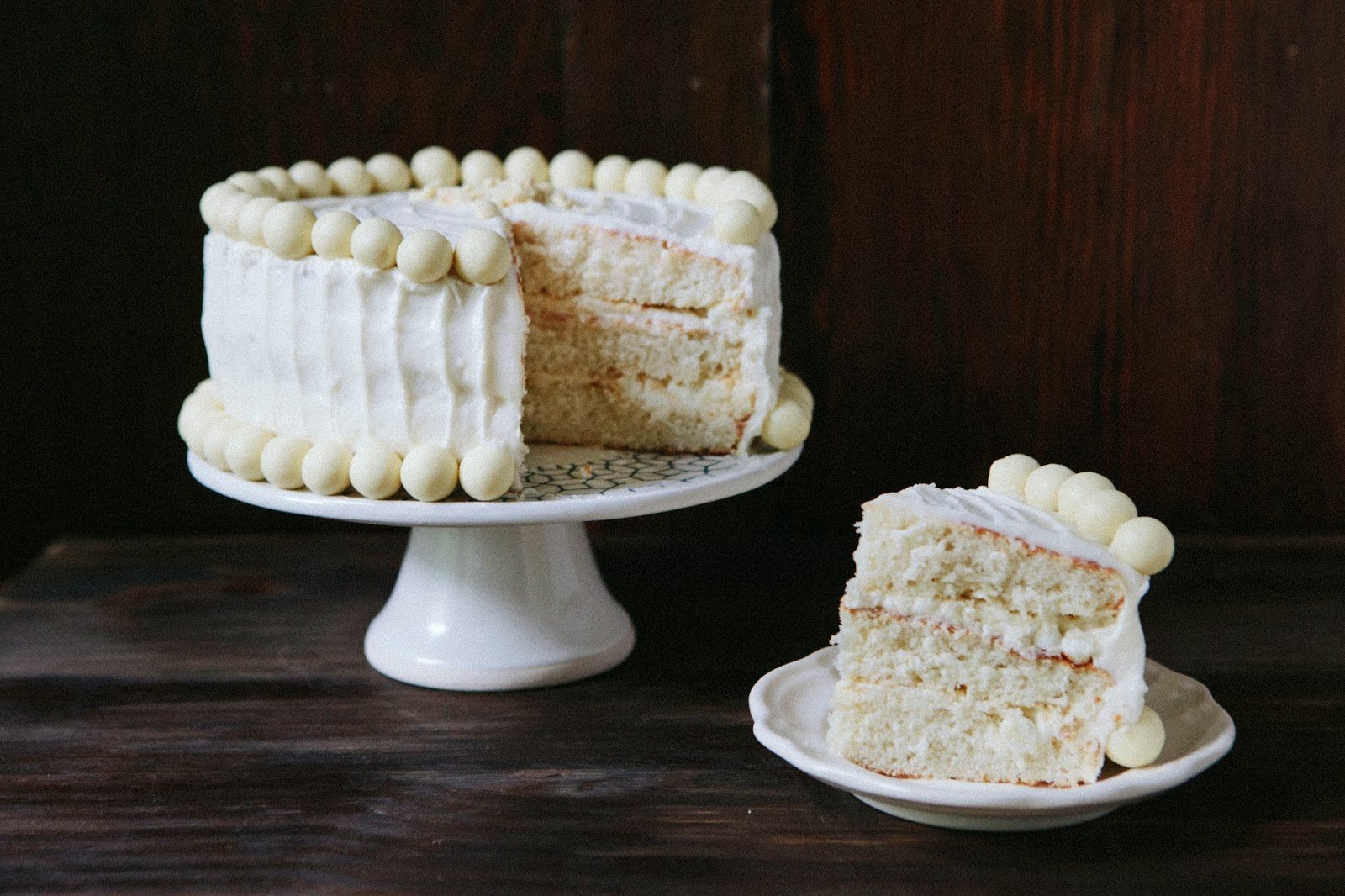 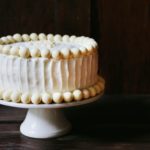 For the Malted Milk Cake Soak

For the White Chocolate Frosting

For the Cake Soak

For the White Chocolate Frosting