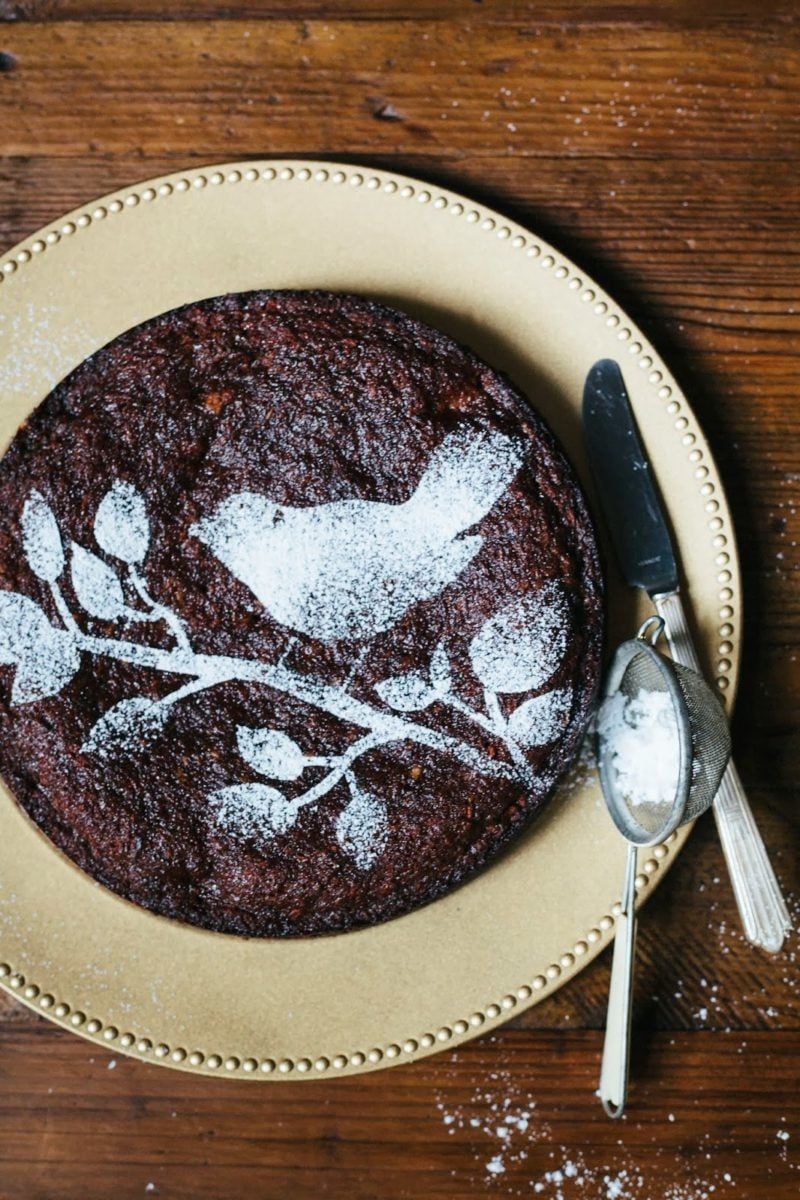 A few weeks ago, I bought my first “adult” piece of furniture: West Elm’s rustic expandable farm table, made from reclaimed pine. Since moving into my new house, I had spent months pining after the table, admiring it online and in person at the West Elm store a few blocks from my office. Finally, when […] 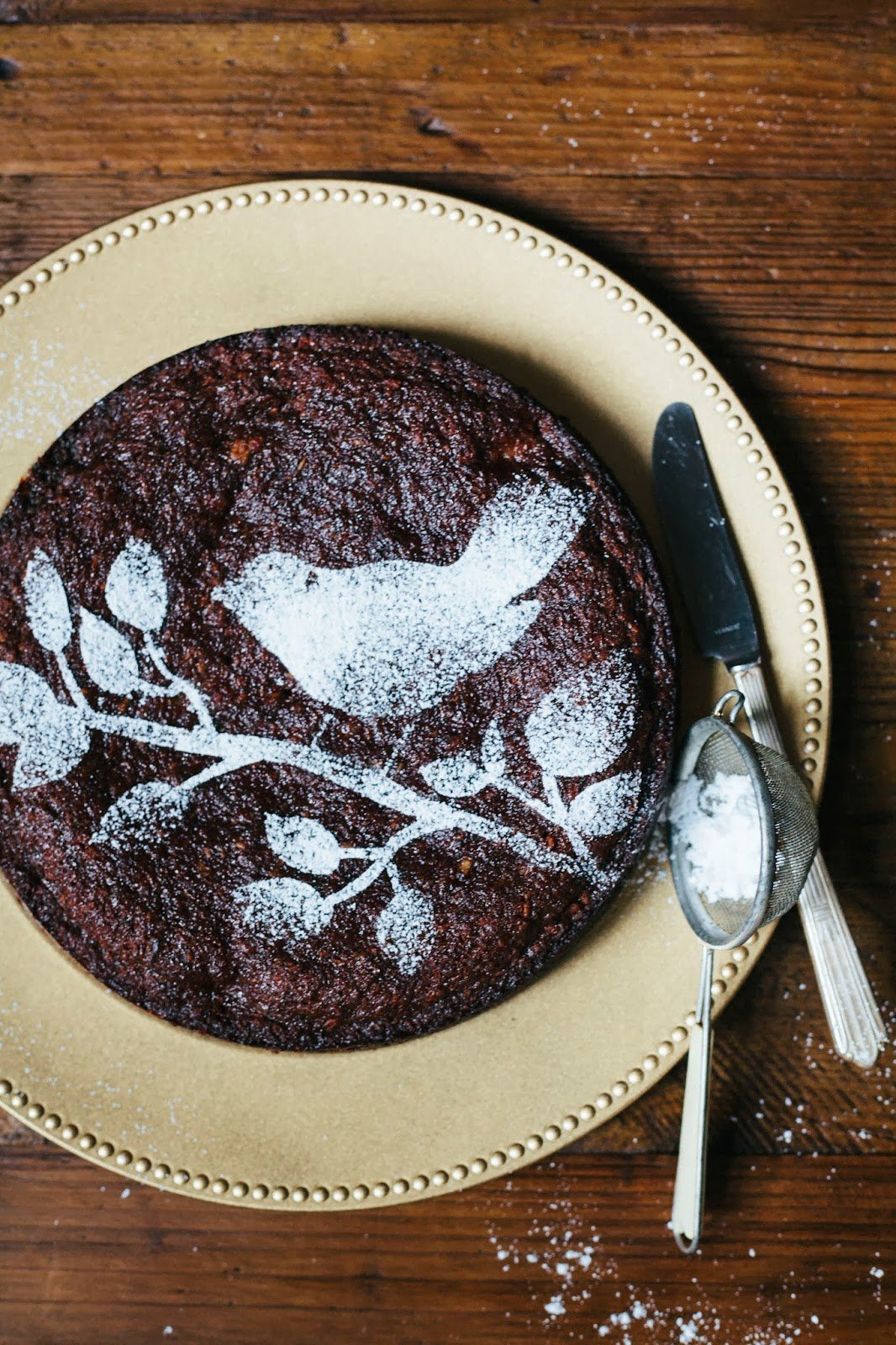 A few weeks ago, I bought my first “adult” piece of furniture: West Elm’s rustic expandable farm table, made from reclaimed pine. Since moving into my new house, I had spent months pining after the table, admiring it online and in person at the West Elm store a few blocks from my office. Finally, when it went on sale, I took the plunge and bought the damned thing.

Because truth be told, I’d been less than satisfied with my house ever since I’d gotten the keys and finished filing the papers. Once the initial novelty of home ownership had faded away, I was left with reality: an old house filled with incredibly dark rooms, falling door knobs, and a whole load of buyer’s remorse. And it didn’t help that my furniture seemed to make a mockery of the old house. Like every young, frequently mobile 20-something, I had furnished my house with the cheapest of the cheap Ikea furniture: the $19.99 Lack coffee table and the $49.99 Fjellse bed frame, for instance. While it worked for the ratty apartment buildings that I had previously lived in, it clashed horribly with the house’s original doug fir wood floors and dramatic bay windows. I frequently joked that my house was like a parody of an Ikea catalogue; that is, despite the fact that everything was from Ikea, it all looked terrible.

But I was convinced that this table was going to be the heart and soul of my new house. It was my first piece of furniture that was a) not from Ikea and b) cost more than the minimum amount that you could pay for a dining table. I was so excited about it that I even spent the afternoon working from home so I could oversee its delivery. And as the packing tape unravelled and we finished playing around with its position in the dining room, I stood back to take it in.

However, instead of seeing the table that I coveted for 6 months, I saw everything else that was wrong with the picture. The fact that I needed chairs to go with the table. Or the overhead lighting fixture was too dim and mismatched everything in the room. And most obviously, howthe dining room’s wood panels were just too damn dark and needed a lighter touch. I nearly burst out crying. There was just too much work, and too little money to do everything that I wanted to. 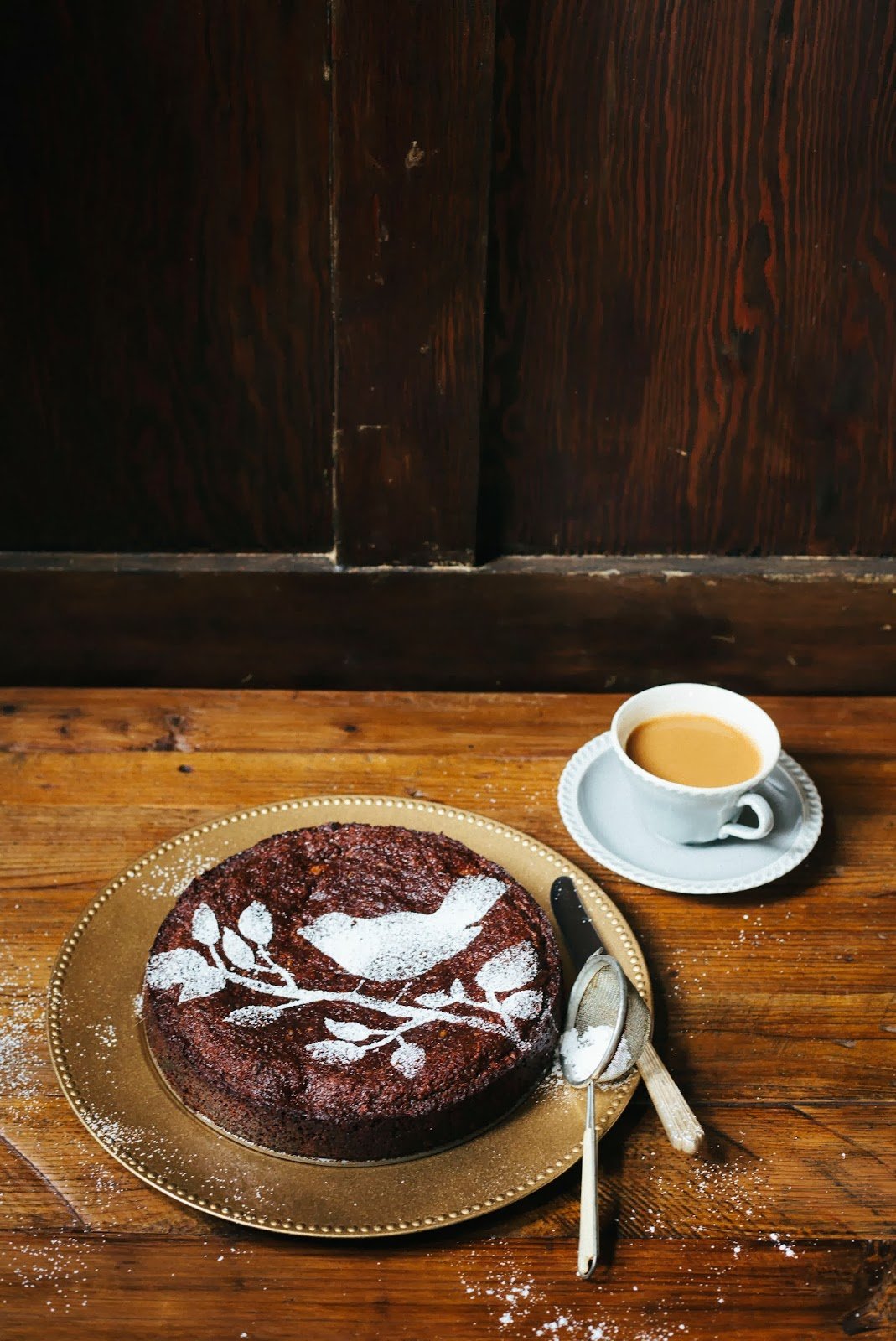 As I was retelling this story to a friend, she nodded sagely. She was a slightly older than me, and had bought her house with her husband a few years earlier. “You know, Michelle,” she said in a gentle tone. “It takes more than nice furniture to turn a house into a home.” I rolled my eyes and changed the subject.

Later, as I was cleaning the new dining table, I carefully wiped a washcloth over a panel of its beautifully distressed wood and jumped back — the wood had caused a large splinter to go up and into my finger. I cursed loudly and unceremoniously yanked the giant shard out of my finger, causing it to spray droplets of blood everywhere including precious new white tablecloths for my food photography. I cursed again and ran to the kitchen to rinse them under scalding water, burning my wounded hand in the process.

With my hand burning under the sink, I thought to myself that this would make a great story for the blog. Of course I spent 6 months pining after a ridiculously expensive/artfully distressed table, only to have it impale me and essentially beat me up within 5 minutes of ownership— with that thought, I suddenly understood what my friend had said earlier. My friend was right. At the end of the day, a measure of a home isn’t defined by the number of expensively distressed furniture in it. Instead, it was these ridiculously banal stories and moments (“Hey guys, remember that time this table gave me a splinter?”) that were eventually going to lead me to turn this house into a home.

In honor of that revelation, I decided to recreate one of my favorite desserts of all time — this pear, date and coconut cake: 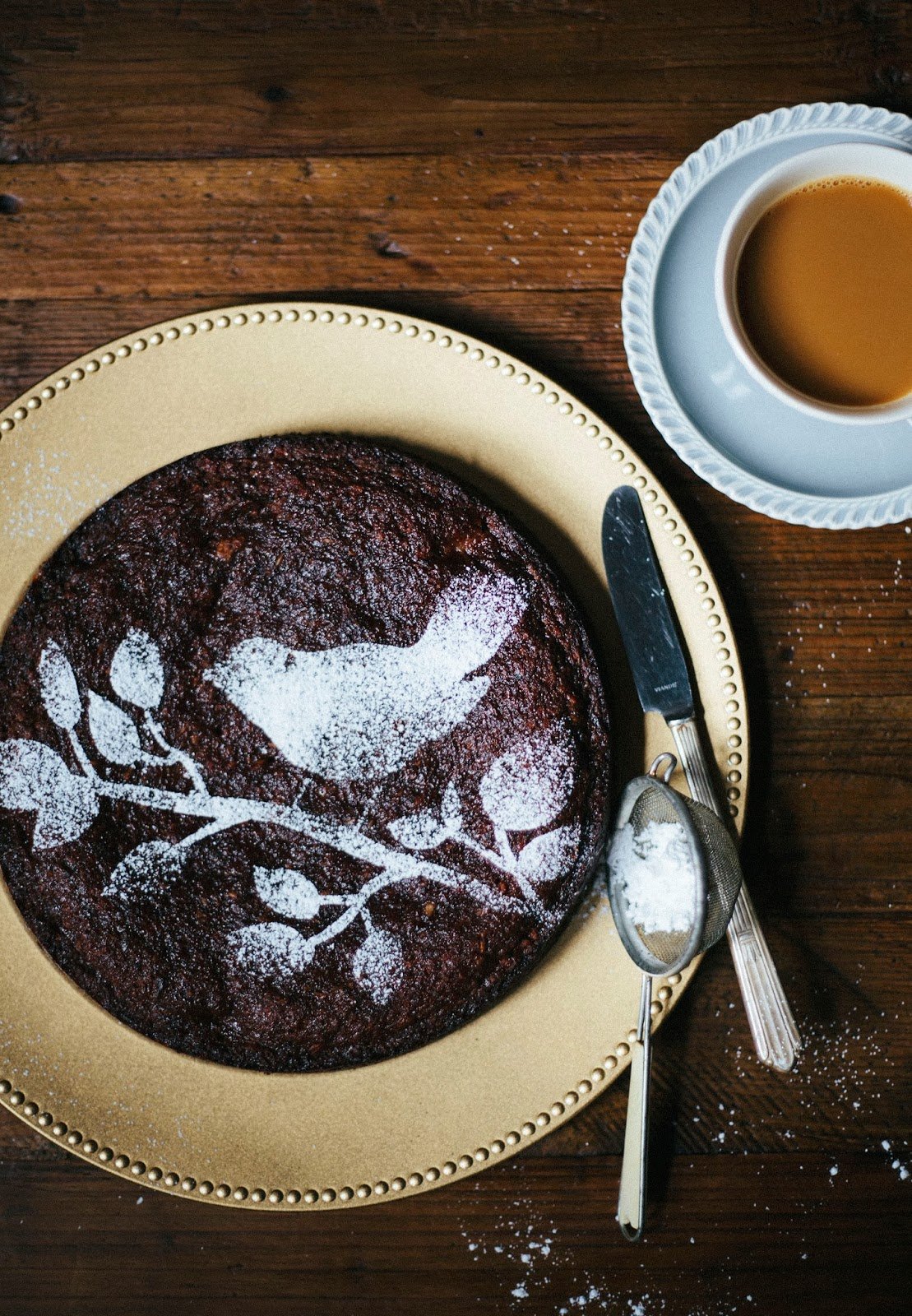 When it first came out of the oven, I knew it wasn’t going to be a looker. The cake is held together primarily by dates and coconut flakes that have caramelized in the oven — although this does wonders for its flavor, it doesn’t do so much for its appearance. But with a little creativity (that is, placing a stencil over the cake and dusting powdered sugar over the stencil), it came out beautifully.

And hopefully, I’ll have another inspired moment like this and create something for my house. Because maybe that’s all it needs to be beautiful too. Just small efforts like this to unearth the house’s hidden beauty. Well… that and a few more splinters in my finger. Then I’ll really be able to call it home. 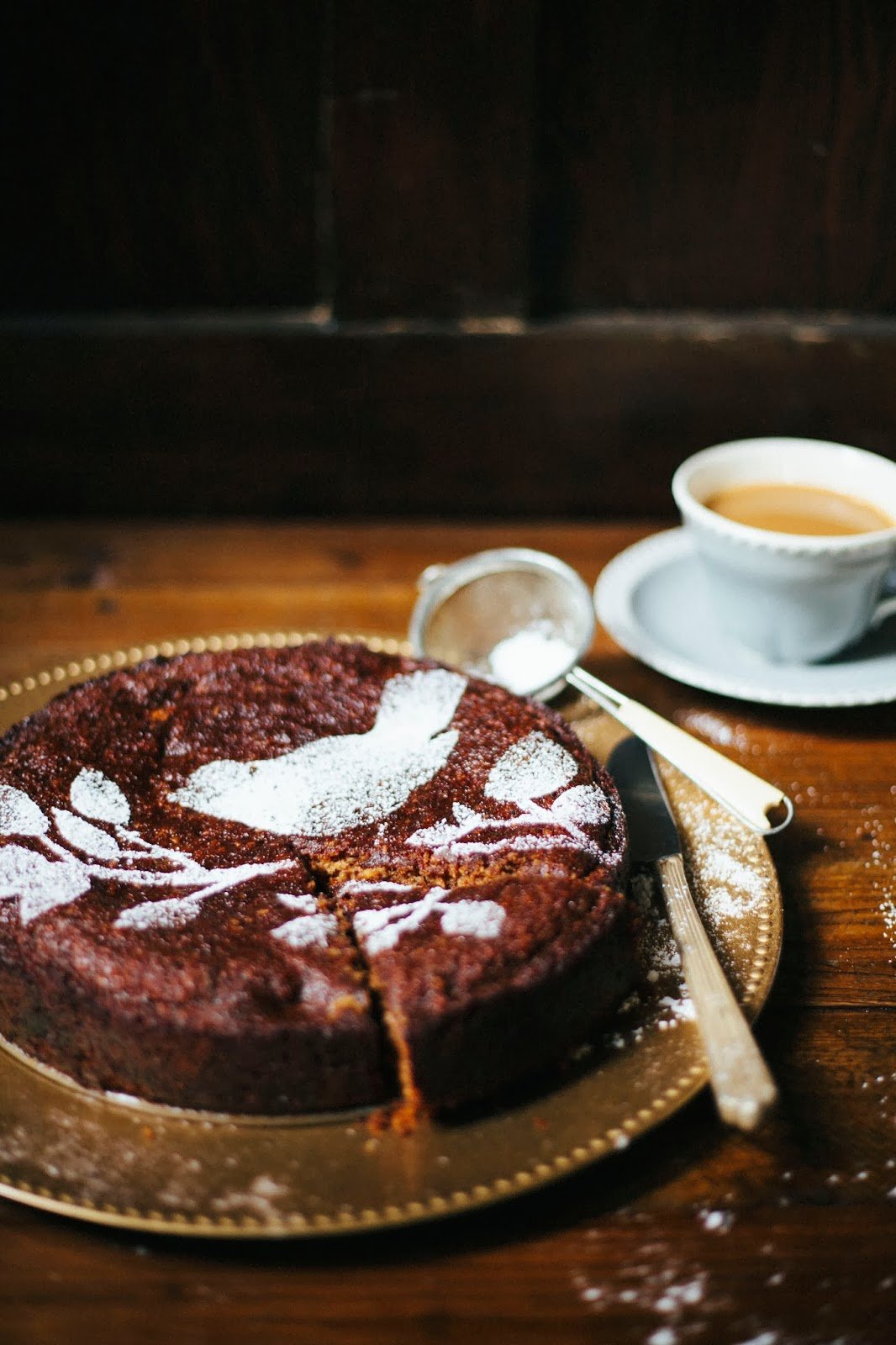 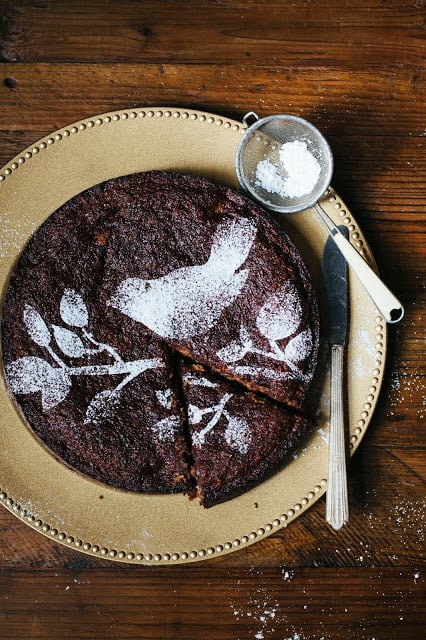 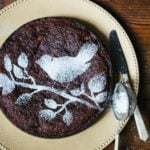