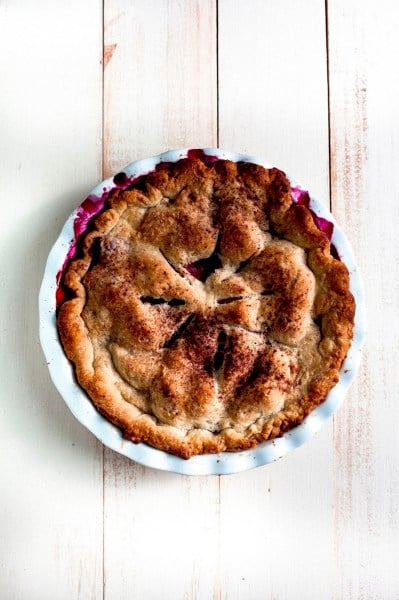 Guys, I have a confession: As a completely self-taught home baker, there are certain types of baked goods that I tend to avoid making because they intimidate the living crap out of me. These baked goods are macarons, croissants and… pie. Pie. Yep, the most banal and seemingly harmless of the three baked goods I […] 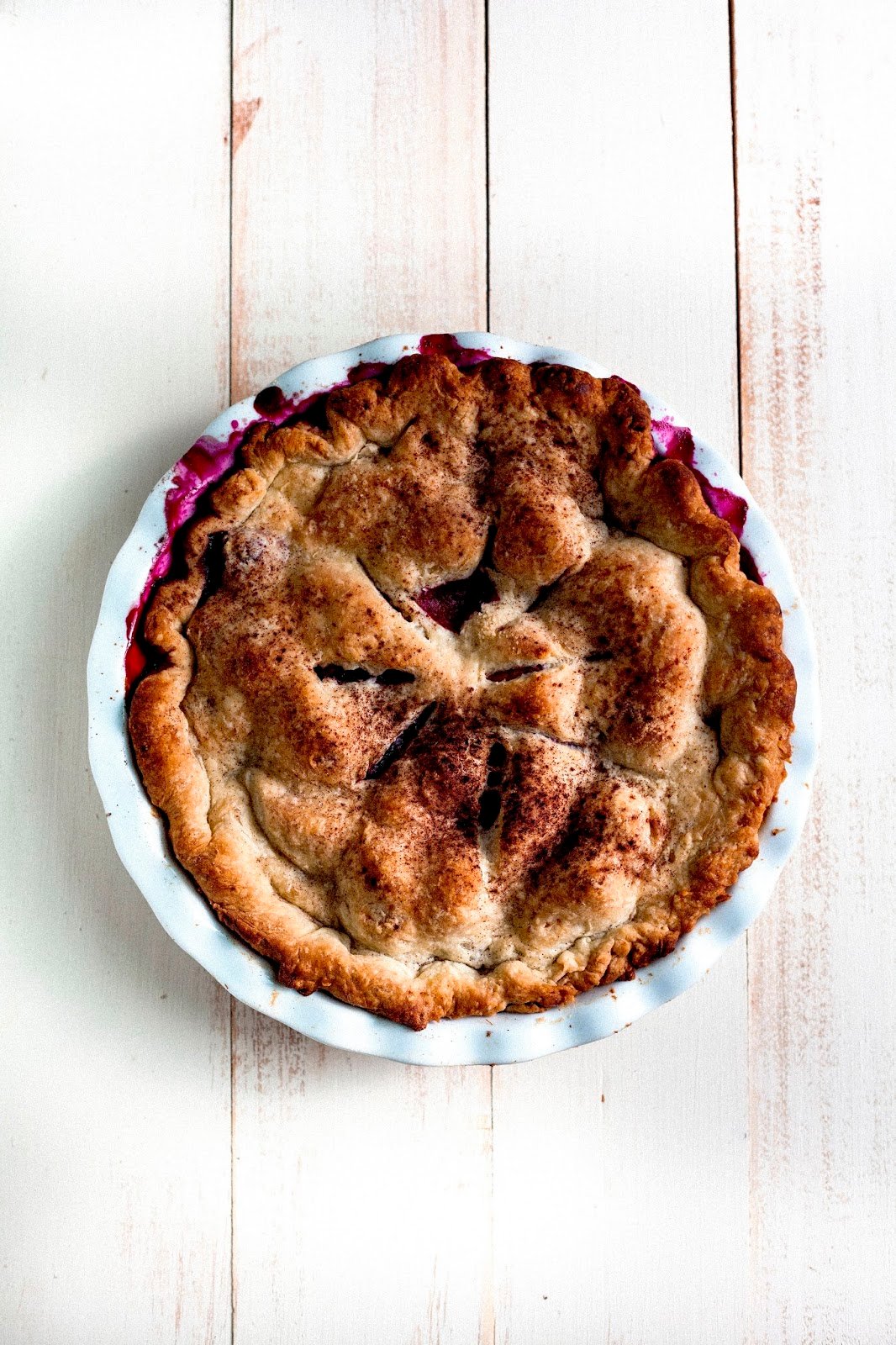 Guys, I have a confession:

As a completely self-taught home baker, there are certain types of baked goods that I tend to avoid making because they intimidate the living crap out of me. These baked goods are macarons, croissants and… pie.

Pie. Yep, the most banal and seemingly harmless of the three baked goods I listed above. But here’s the truth: I’m scared of baking pie. I look at these pictures of pretty lattices and pie crusts and I get sad because I know that I’ll never be able to recreate them.

To be fair, I’ve attempted to bake pie exactly once in my life — a long time ago, during my senior year of college. It was Thanksgiving, and me and my few remaining friends in town decided to do a potluck. Being the sweet-tooth of the group, I volunteered to handle dessert: I offered to bring a blackberry-peach pie.

I wasn’t much of a baker back then. Truth be told, I wasn’t much of a food person back then either — because why would I volunteer to bake a blackberry and peach pie in the middle of November, when neither fruit was in its prime or even in season? But back in the day, I wasn’t as mindful about cooking with the seasons and using fresh ingredients. I remember starting out with a simple pie crust recipe — a recipe listed at the top of Google’s search results, I’m sure — before failing miserably and eventually just resorting to store-bought pie crust and some crumble topping. It wasn’t much of a pie, especially since it was filled with canned peaches and off-season blackberries.

These days, I’m much more conscious about cooking with the seasons. Especially when I saw the beautiful peaches that were ripe and in abundance: 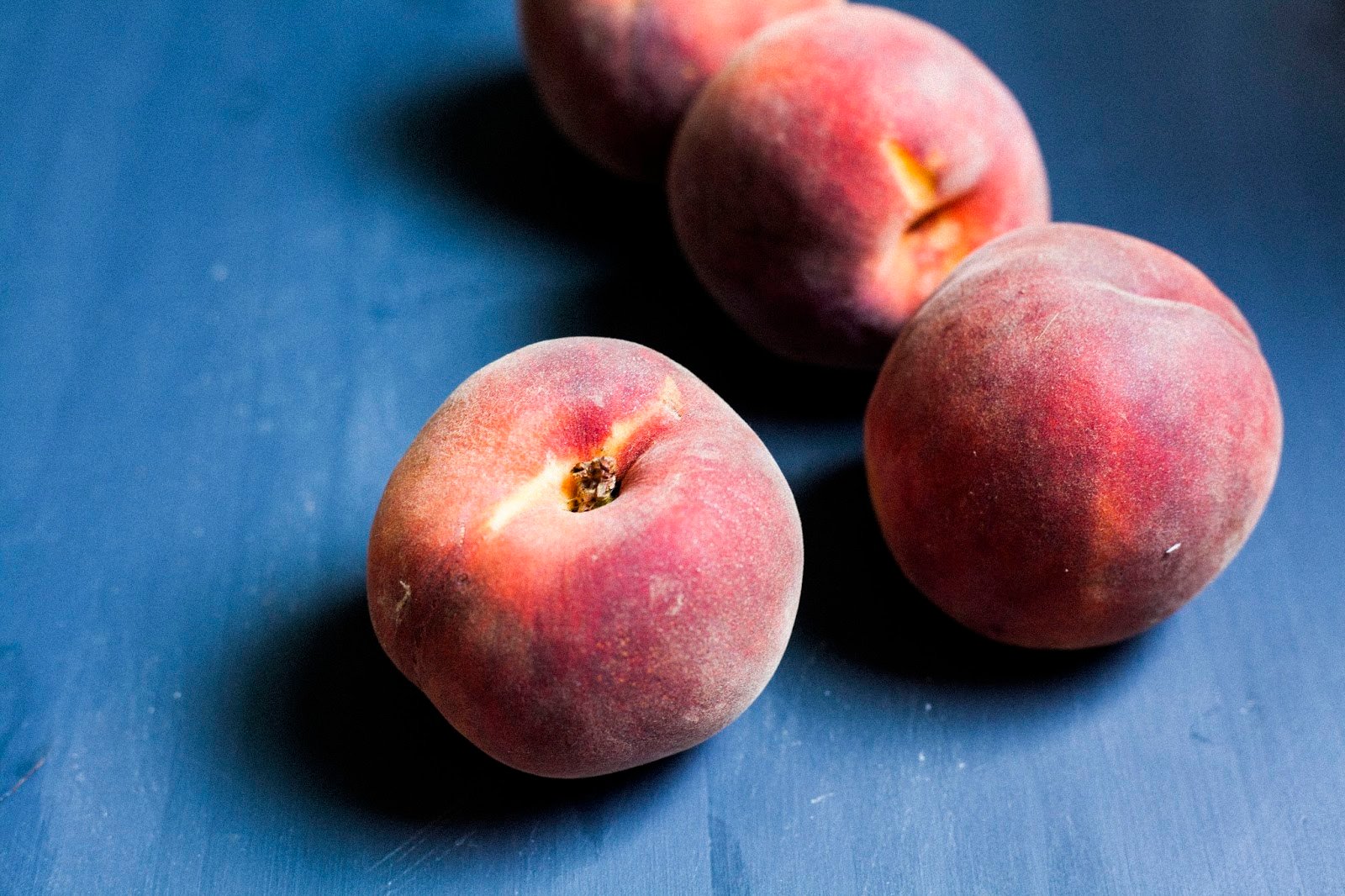 It also didn’t hurt that, a few days ago, my friend Noah had just walked me through is pie crust recipe. Watching Noah bake pie was incredibly instructional and informative — it made me realize I need to start baking more with seasoned bakers. Normally, my baking jobs are a solo gig in the kitchen. Erlend can attest to this — I’m a bit of a control freak when the baking process begins, so much that I don’t even like to have him in the kitchen. But it turns out that when it comes to pie, contrary to what I believed before, control and hyper-attention to details is kinddaaaa unnecessary. I watched in fascination as Noah baked without a recipe, adjusting details as needed. Pie dough still too soft after the chilling process? No problem, use more flour when rolling it out! Fruit filling looking a little too liquidy? Throw in a couple tablespoons of flour and cornstarch, and you’re good to go!

The pie that eventually came out of the oven was a little bit lumpy and had an overall rustic appearance, but the flavor was impeccable. Its crust was delicate, flaky and buttery — everything a pie crust should be. Indeed, Noah is a champion pie maker — there’s even a rumor going around at his old college that he won a pie-making competition in Alaska that earned him the title of “Alaska’s Best Pie Maker”. Unfortunately, Noah has denied the truth of these rumors, but his pies are so good that it’s easy to believe that the rumor’s true. I’m hoping that this blackberry and peach pie — using his famous pie crust recipe — is a worthy homage to his own delicious pies. 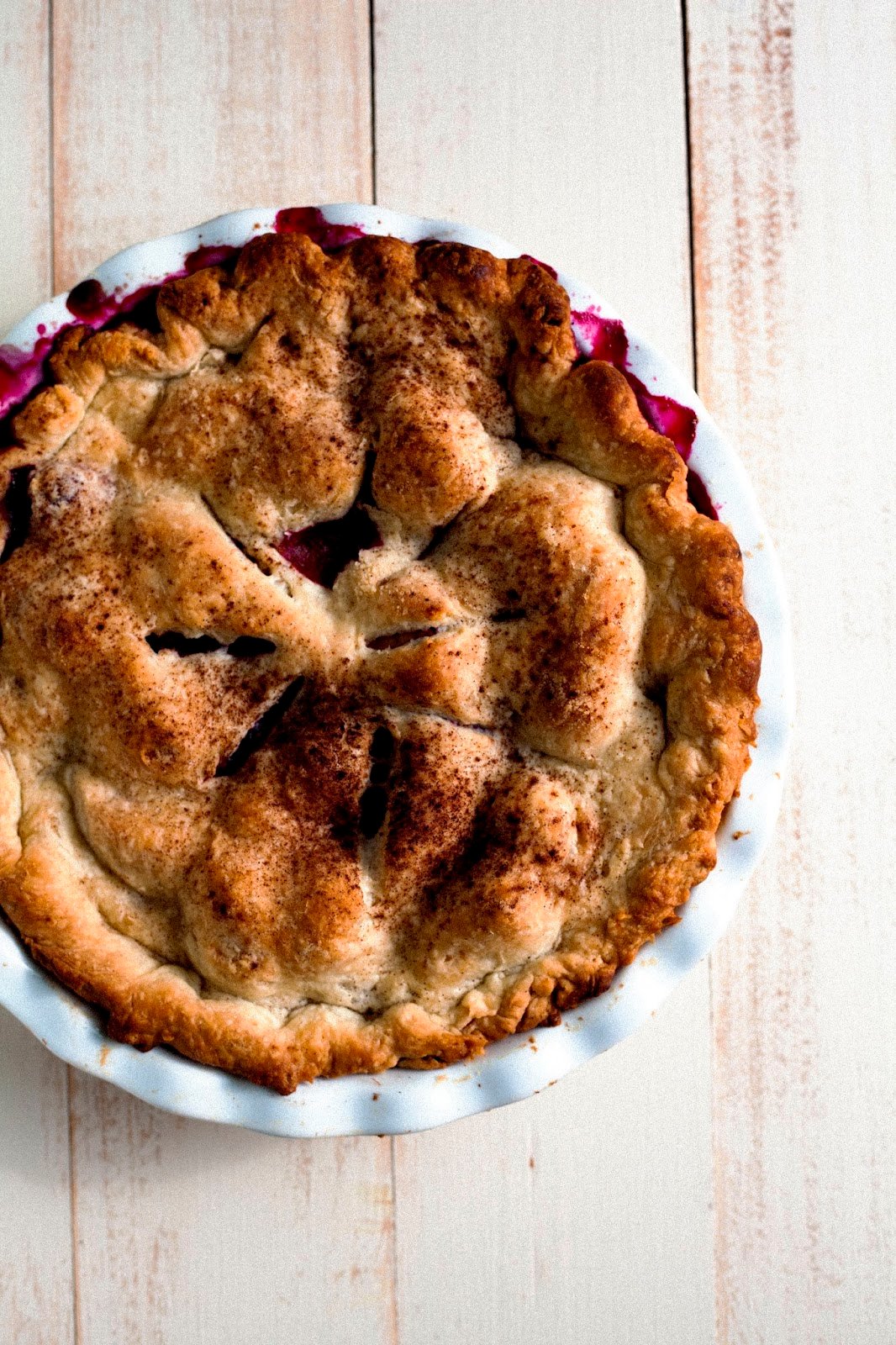 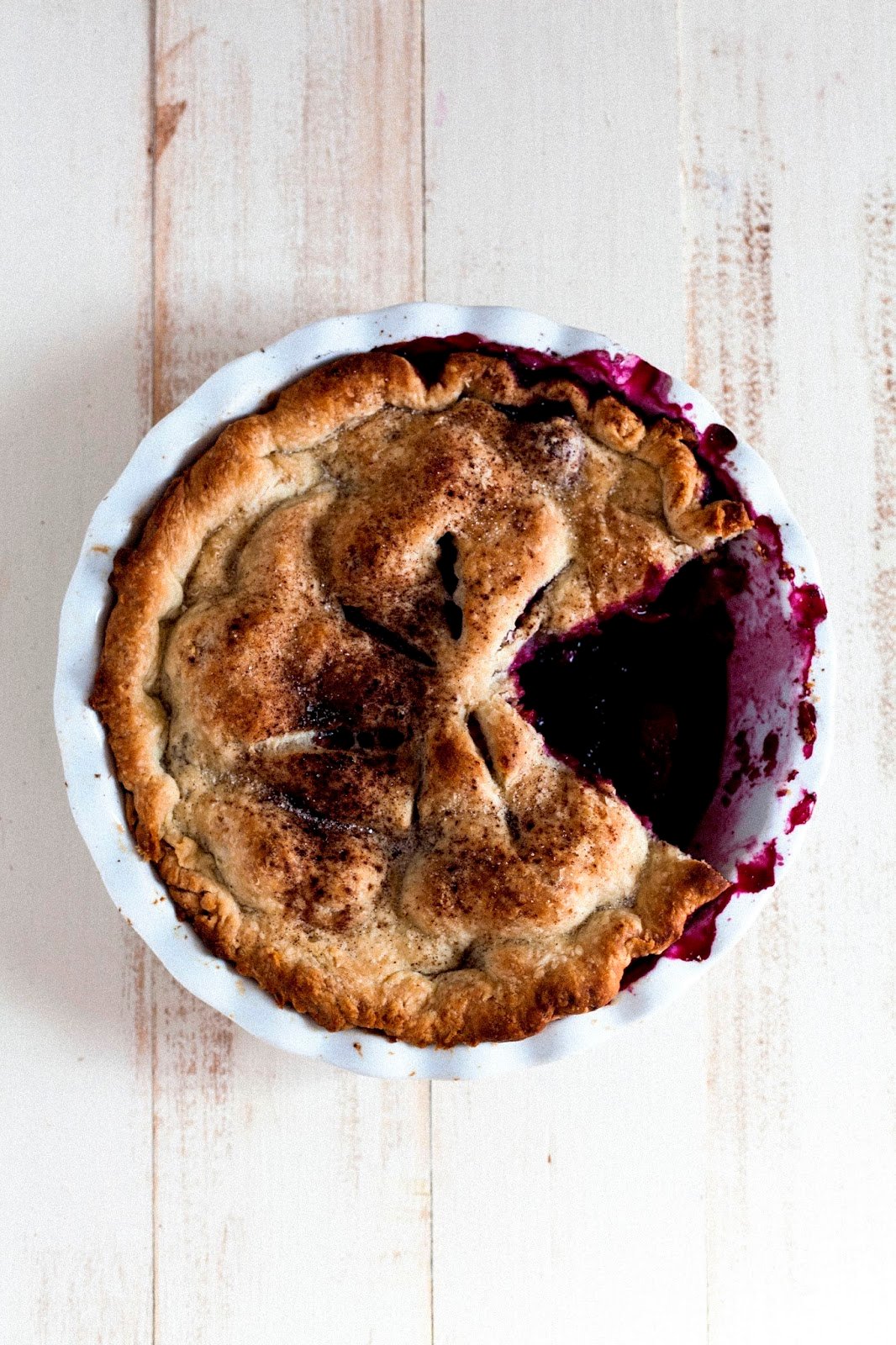 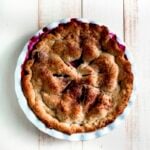 For the Blackberry Peach Pie

(makes one 9-inch, one level pie crust — for a pie with both a top and bottom crust, double the quantities as instructed in the baker’s notes above)

For the Blackberry and Peach Filling

For the Blackberry and Peach Filling