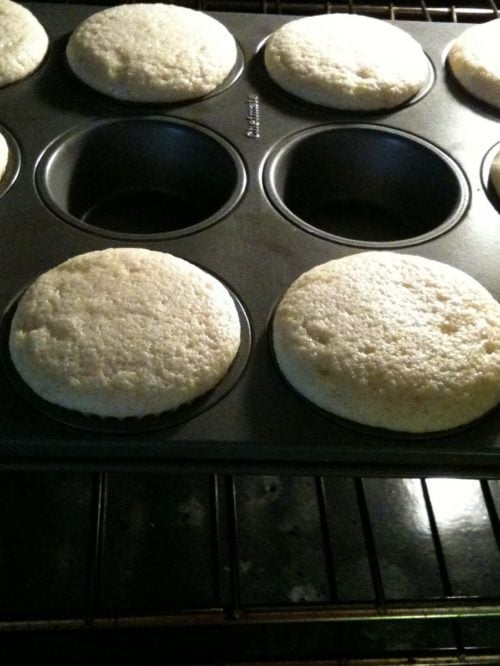 This is the third part of a three-step control group experiment attempting to get the Hummingbird Bakery’s vanilla cupcakes recipe to work in the high altitude environment of Denver. Since I started this oh-so-fruitful experiment, I have long since suspected that baking powder is responsible for the majority of the recipe’s failure. Recall that baking […]

This is the third part of a three-step control group experiment attempting to get the Hummingbird Bakery’s vanilla cupcakes recipe to work in the high altitude environment of Denver.

Since I started this oh-so-fruitful experiment, I have long since suspected that baking powder is responsible for the majority of the recipe’s failure.

Susan Purdy of Pie in the Sky: Successful Baking at High Altitudes recommends subtracting 1/8 – 1/4 a teaspoon for every teaspoon of baking powder in the recipe. I wanted to be conservative, so I heeded her advice and started by taking an 1/8 of a teaspoon away from each of the teaspoons in the Hummingbird Bakery recipe. Which meant I was subtracting a rather awkward amount of 3/8 of a teaspoon of baking powder from the recipe:

I know, I know. It’s a really weird, awkward amount. What I ended up doing was first scooping the 1.5 teaspoons of baking powder into a small bowl, and then subtracting 1/8 of a teaspoon from the pile three times. (I recommend using Endurance’s Metal Measuring Spoon Set for the task; it’s a decently-priced, high-quality set of measuring spoons with a 1/8 tsp piece.)

These are what the cupcakes looked like when I checked them after the recipe’s original cook time of 20 minutes: 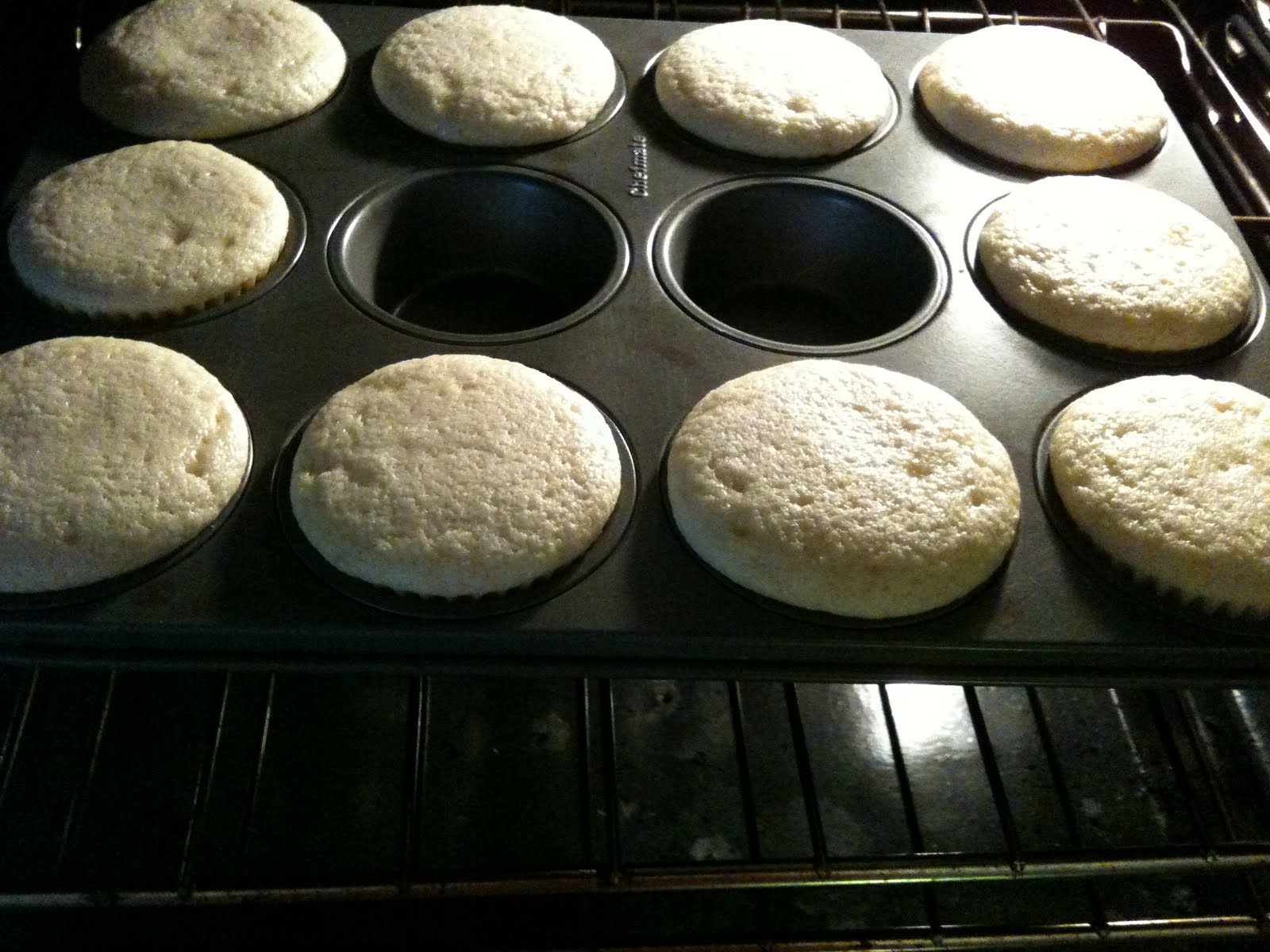 This is the first time I’ve made cupcakes here that have come out with dome-like tops as opposed to the sunken, cratered centers. This time, there were also no overspilling, save for a couple bloated ones here and there.

I decided that, despite their pleasant shape, the cupcakes still looked undercooked. I decided to leave them in for another five minutes. This is what they looked like after the additional five minutes of baking time: 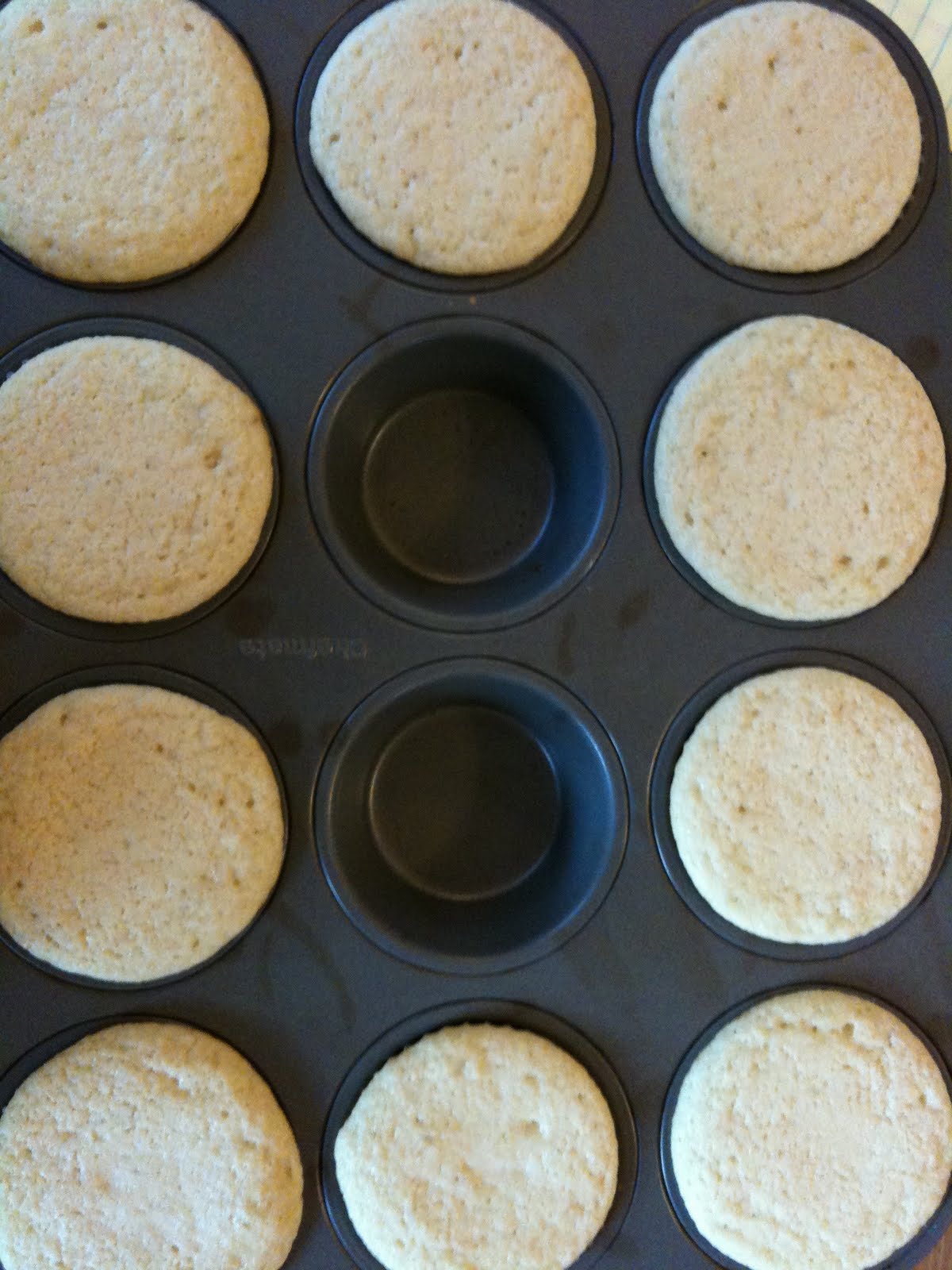 
Hey! Not bad! Check out these domed-tops: 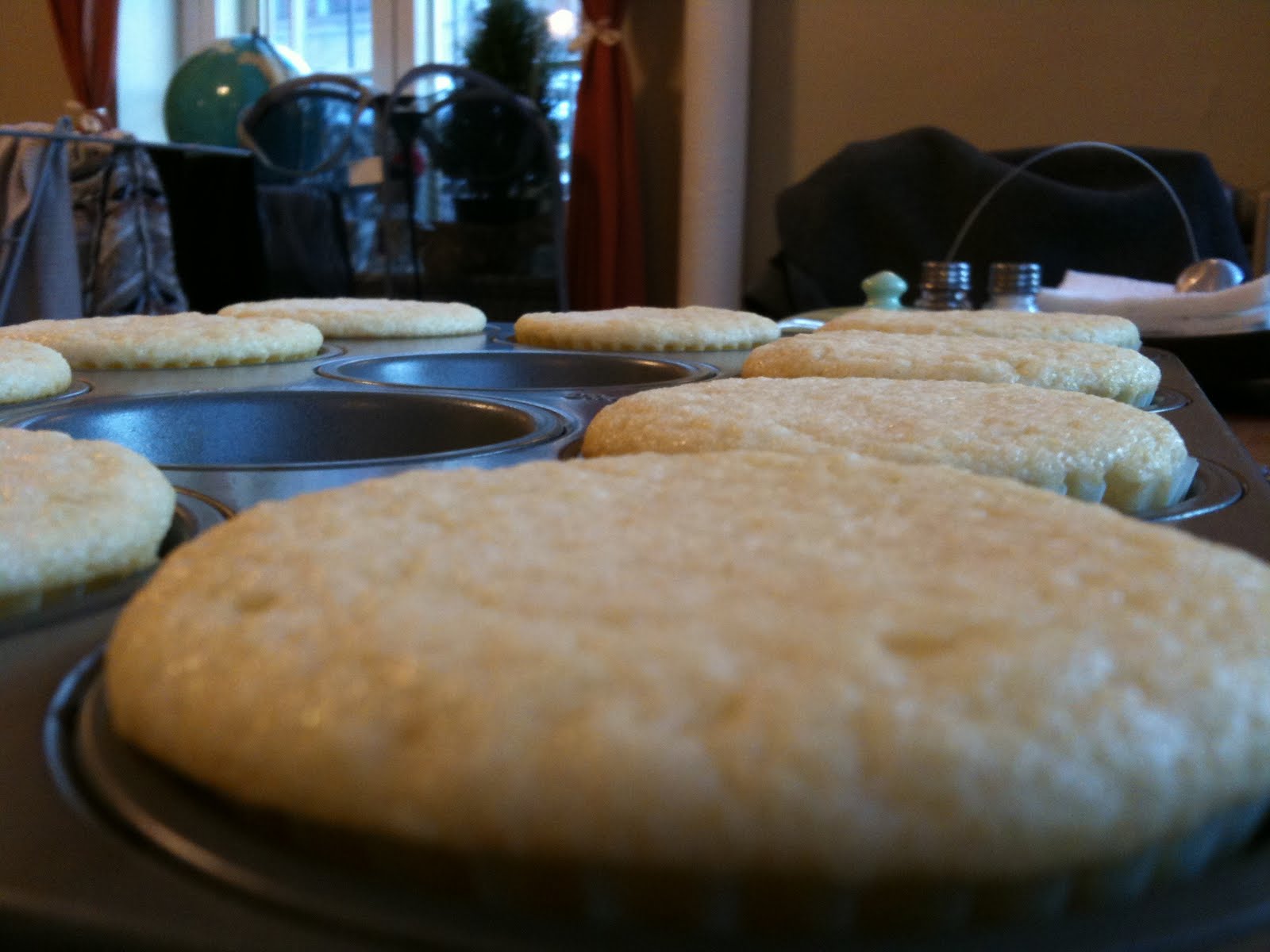 
Okay, maybe not that domed — to be fair, they still looked a little flat-topped. But a definite improvement from the cratered centers of my previous attempts. Even the additional flour didn’t yield cupcakes this good looking!

Now it was time for the second test — the cooling process. Most of the sinking and cratering actually happens during the cooling process as warm molecules evaporate, inflating the cake artificially and causing it to sink when it cools. I waited with bated breath for the cupcakes to cool, leaving the room and returning 20 minutes later to find this: 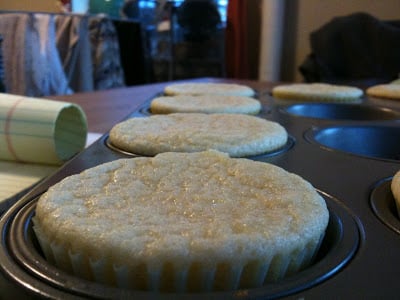 
Wait a second. They don’t look THAT much different from when they were warm. Check it: 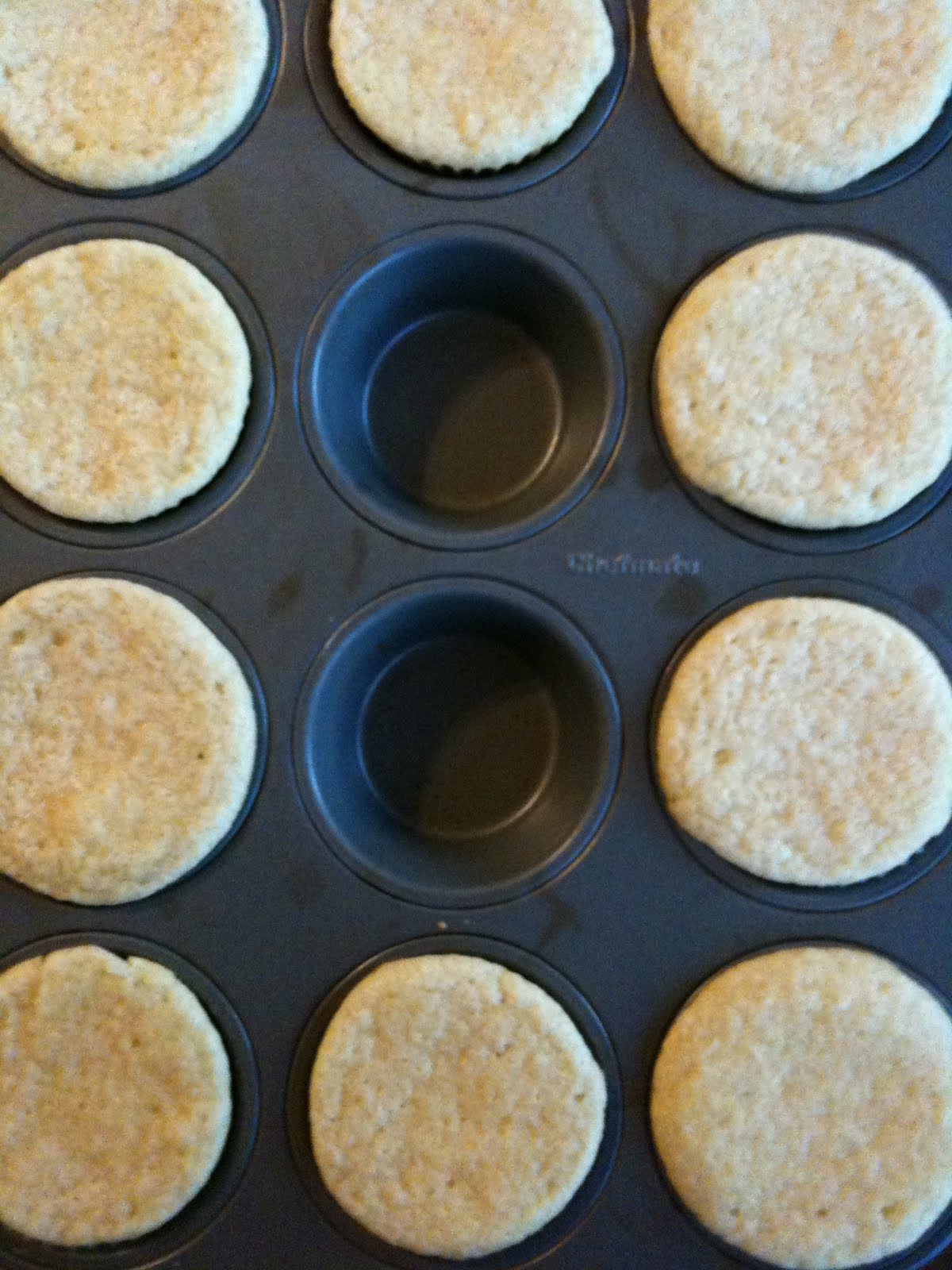 
Same angle, twenty minutes later. Nearly indistinguishable from the above photo when the cupcakes were still warm.

Okay, okay, to be fair, I exaggerated a little bit — the cupcakes did flatten out a bit as they cooled. The end results were still a little too flat for my liking, but they were at least starting to look like actual, solid, edibles. I think I was a little too conservative with the reduction of baking powder — next time, I think I’ll reduce the baking powder by a full 1/2 teaspoon and see where that takes me.

So how did the cupcakes actually taste? 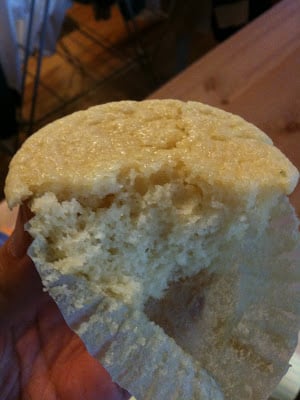 They tasted… fine. Definitely not Hummingbird flavor — still way too sticky and moist. A little gummy even. Erlend suggested that the gummy flavor might be a result of being undercooked — truth be told, the cupcakes do look a little pale (they’re supposed to be a golden color as opposed to the pale yellow they are now). I guess this means that I’m going to have to start playing with temperature soon. But not after I keep messing with the baking powder.

All in all, I feel good about this, guys. Things are starting to look good. Finally. 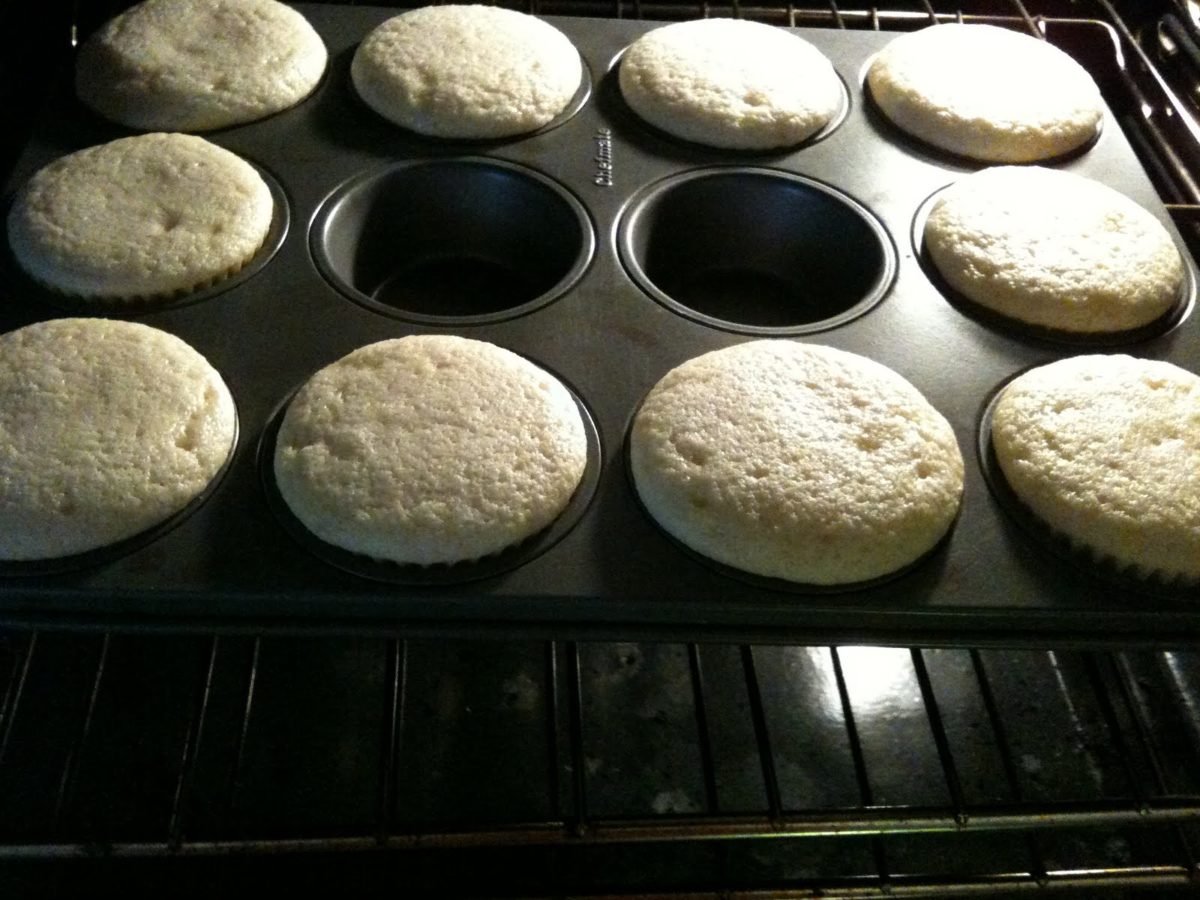