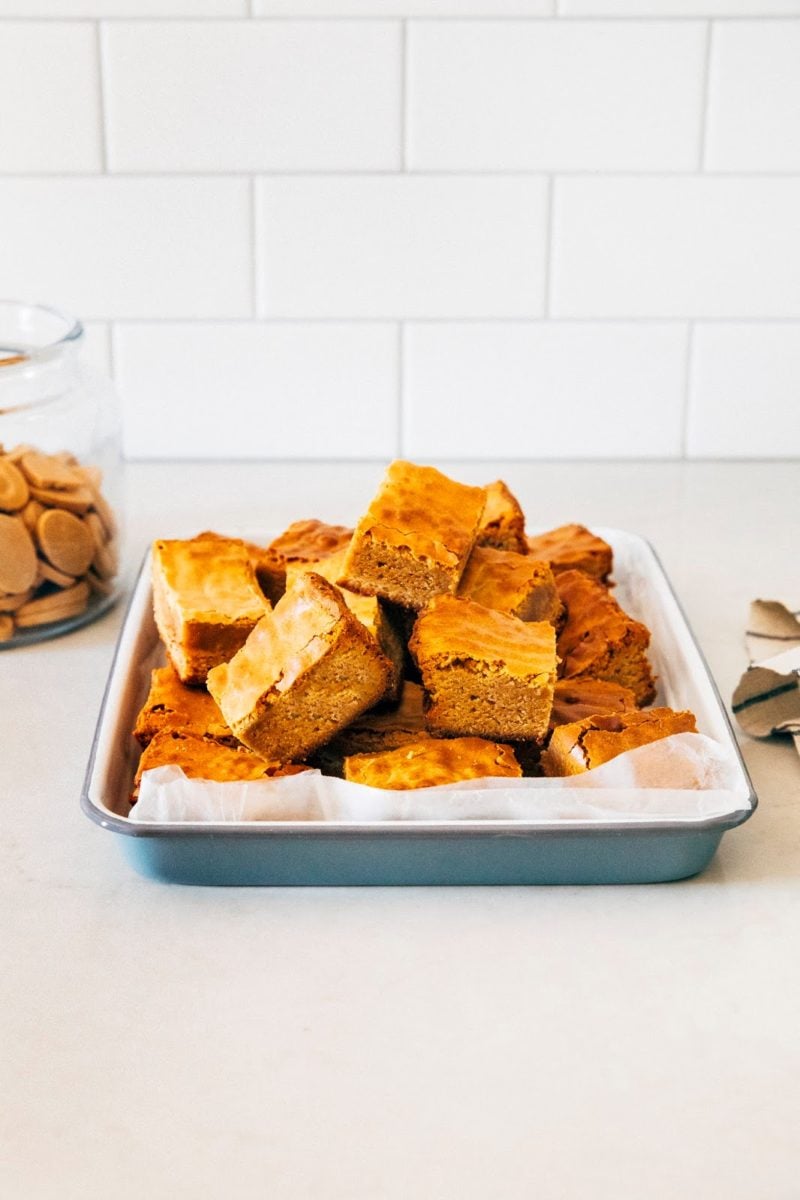 Not to be a major drama queen or anything, but doesn’t it feel like the apocalypse is nigh? First there was Charlottesville, and then a series of natural disasters that are a little too close to home: Hurricane Harvey in Houston (where I grew up), the West Coast heat wave (both in California and the […] 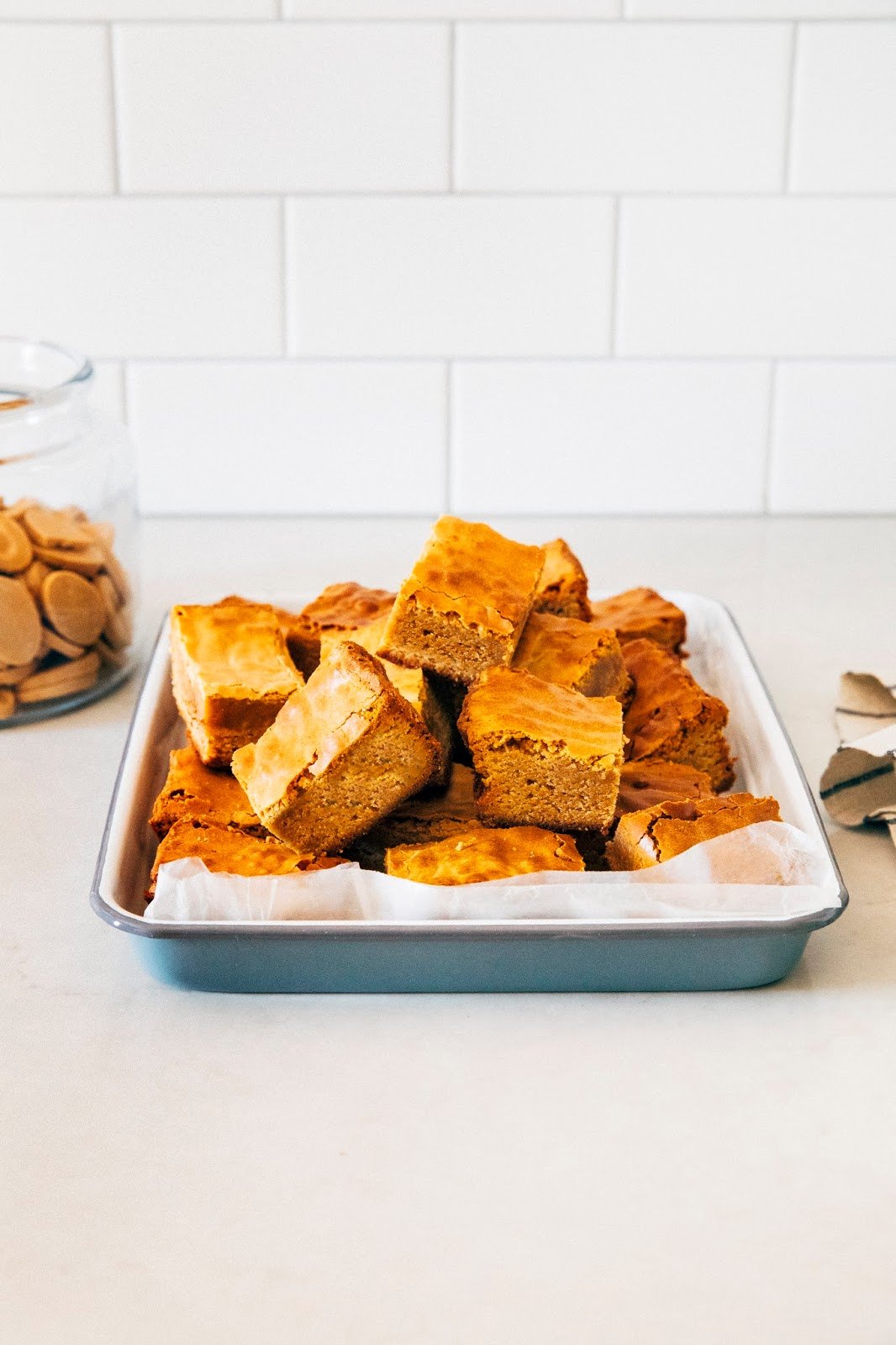 Not to be a major drama queen or anything, but doesn’t it feel like the apocalypse is nigh? First there was Charlottesville, and then a series of natural disasters that are a little too close to home: Hurricane Harvey in Houston (where I grew up), the West Coast heat wave (both in California and the Pacific Northwest) and the resulting fires in Los Angeles and nearby Portland in the historic Columbia River Gorge. Not to mention the Russian election hackers that nobody really seems to care about, or the rapidly escalating North Korean nuclear threat…

Aye. Sorry, did I stress you out? My bad.

With all the terribleness in the world, it can feel a little silly to be in the kitchen making the same variation of a pound cake recipe ten different times in order to figure out the final recipe worthy enough to be in your cookbook. It can also be a little frustrating too — my standards for the recipes that will be published in Weeknight Baking are much higher than the standards that I post for my blog, so I’ve been experimenting with a ton of different recipes, methods, and variations to try and get the final recipe to be as perfect as I can. And no joke: three-quarters of the time, my tweaks don’t work out the way I want them to, leading me to roar in frustration, scrap the whole thing, and start over from scratch. 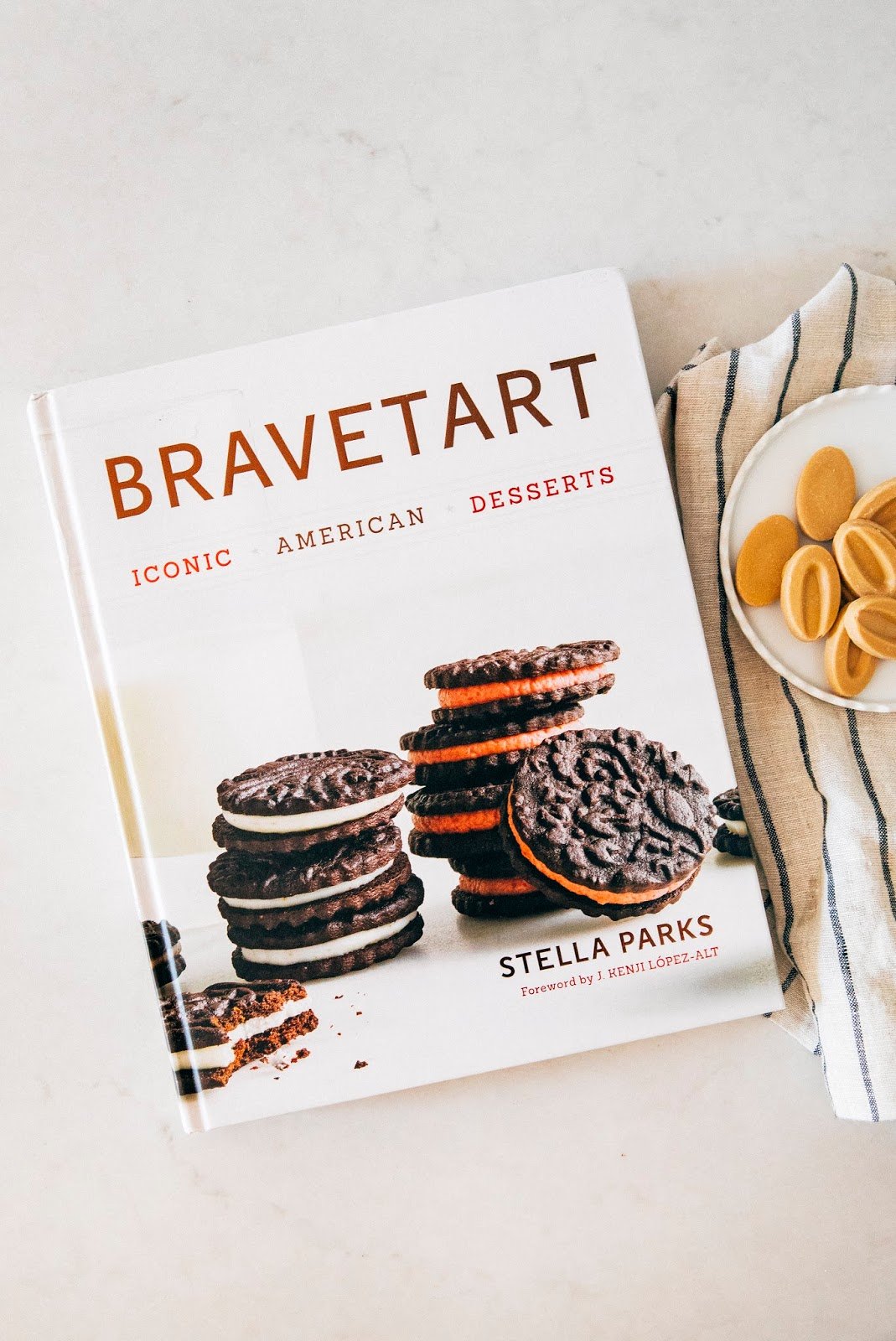 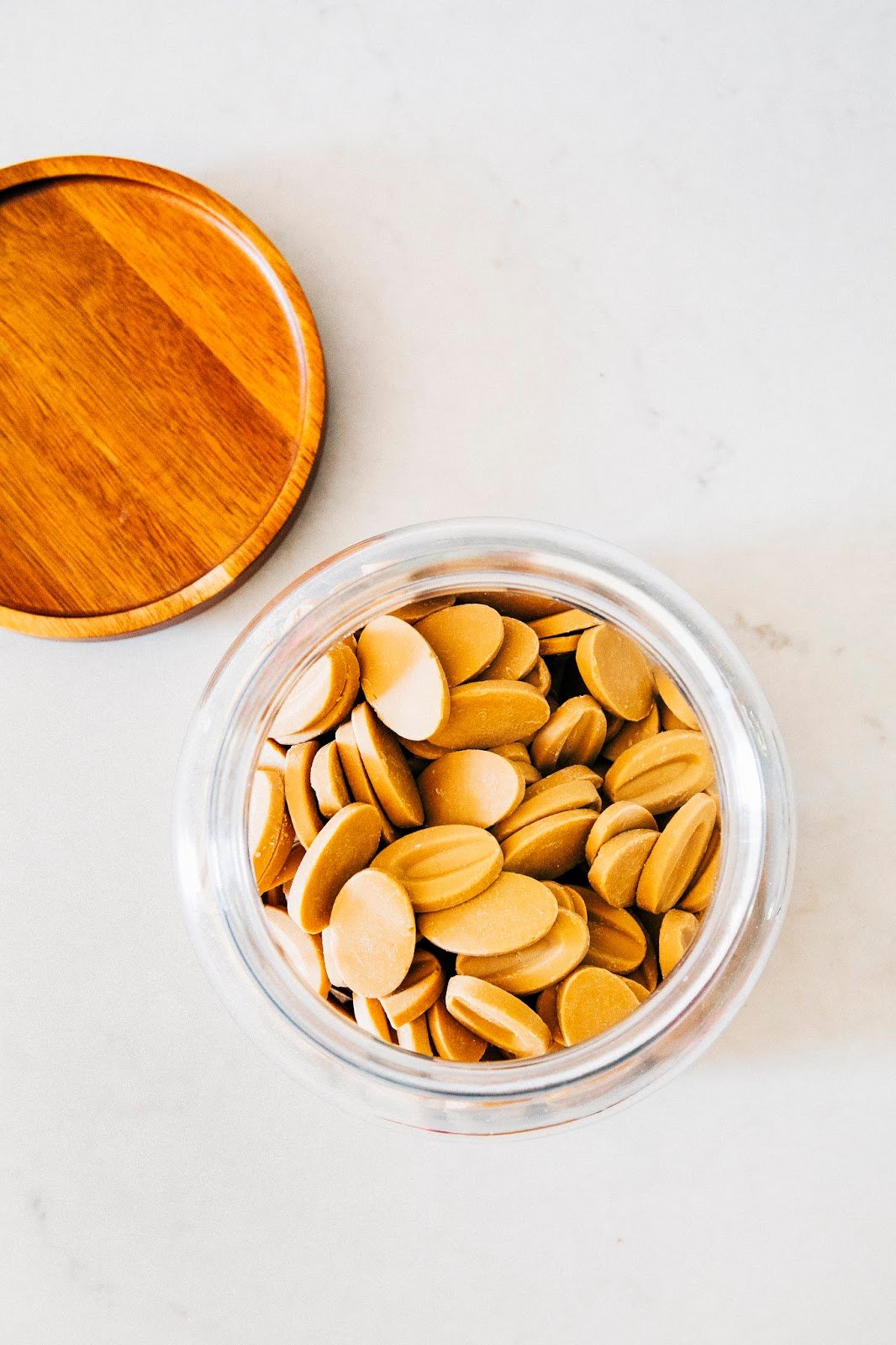 Which is why on the days that I’m not baking for my book, I find myself reaching for recipes from tried and true sources. Like Stella Parks’ new cookbook, BraveTart: Iconic American Desserts.

If you guys don’t know Stella’s work, you’re missing out. Stella is one of the OG baking queens of the internet; when all else fails, I turn to her blog to look at her recipes for pastry classics like creme pat and Swiss meringue buttercream. She’s pastry-school trained and is currently the resident pastry wizard at Serious Eats, specializing in remaking American classics like Oreos and Sno Balls at home. 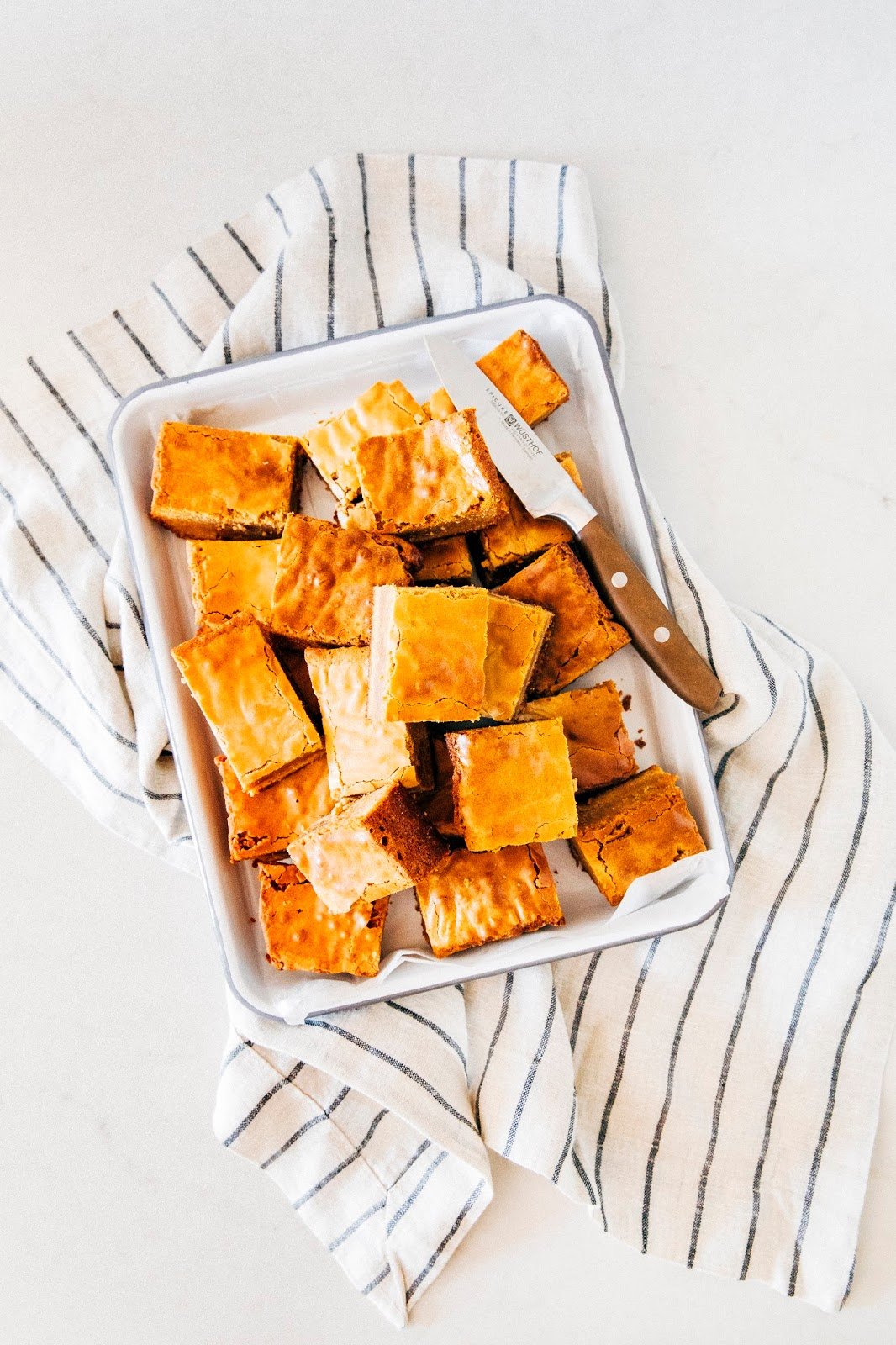 These blondies are from her new cookbook, and are everything you would want in a blondie: all butterscotch flavor with a crisp, sugar crackly top and the fudgy texture of a classic brownie. I was particularly enamored by her use of malted milk powder and roasted white chocolate, both of which give the blondies an extra caramelized flavor. Her cookbook has instructions for roasting your own white chocolate at home, but I’m partial to Valrhona’s Blond Dulcey feves.

For a copy of Stella’s new cookbook, head to my Instagram and like/comment the picture of these butterscotch blondies! I’ll be selecting a winner randomly next week. 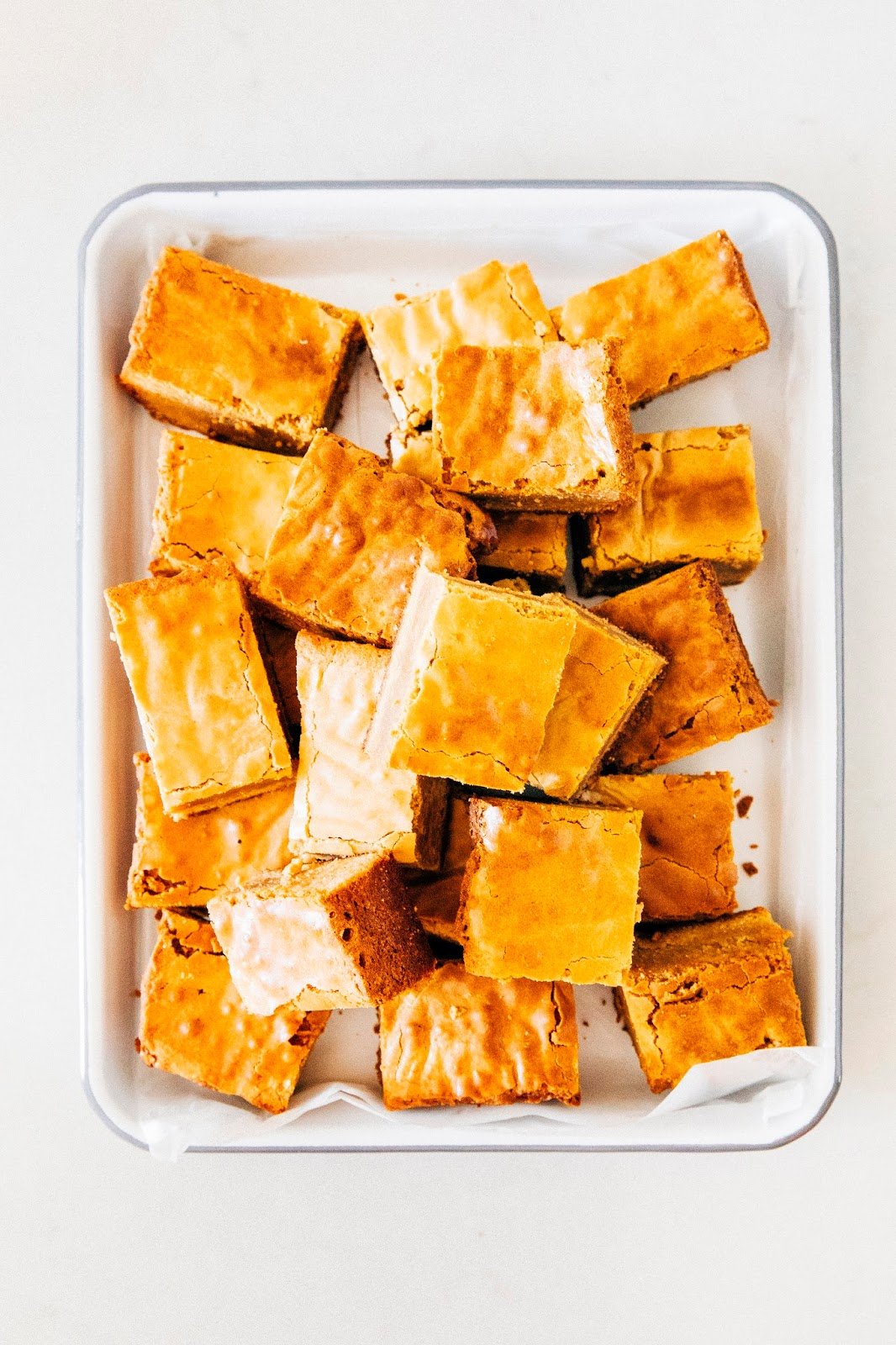 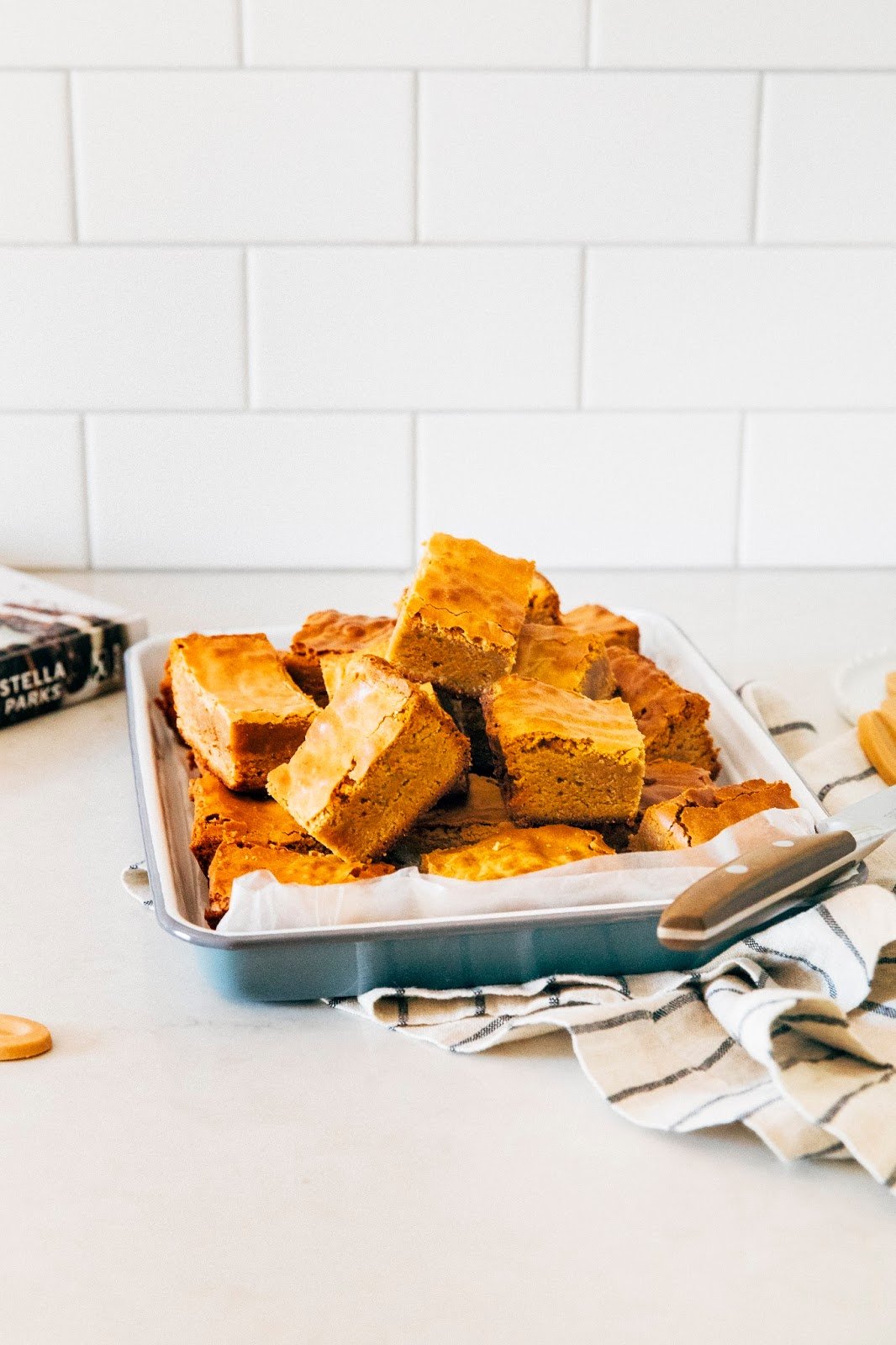 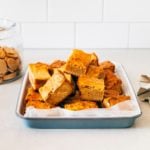