One of my favorite things about New York is how, despite the city’s enormity, you can take a corner of it and really make it your own. It also helps that each neighborhood is so different, with its own vibrant personality and scene. We’re spending August in Erlend’s parents Upper West Side/Morningside Heights neighborhood, and […] 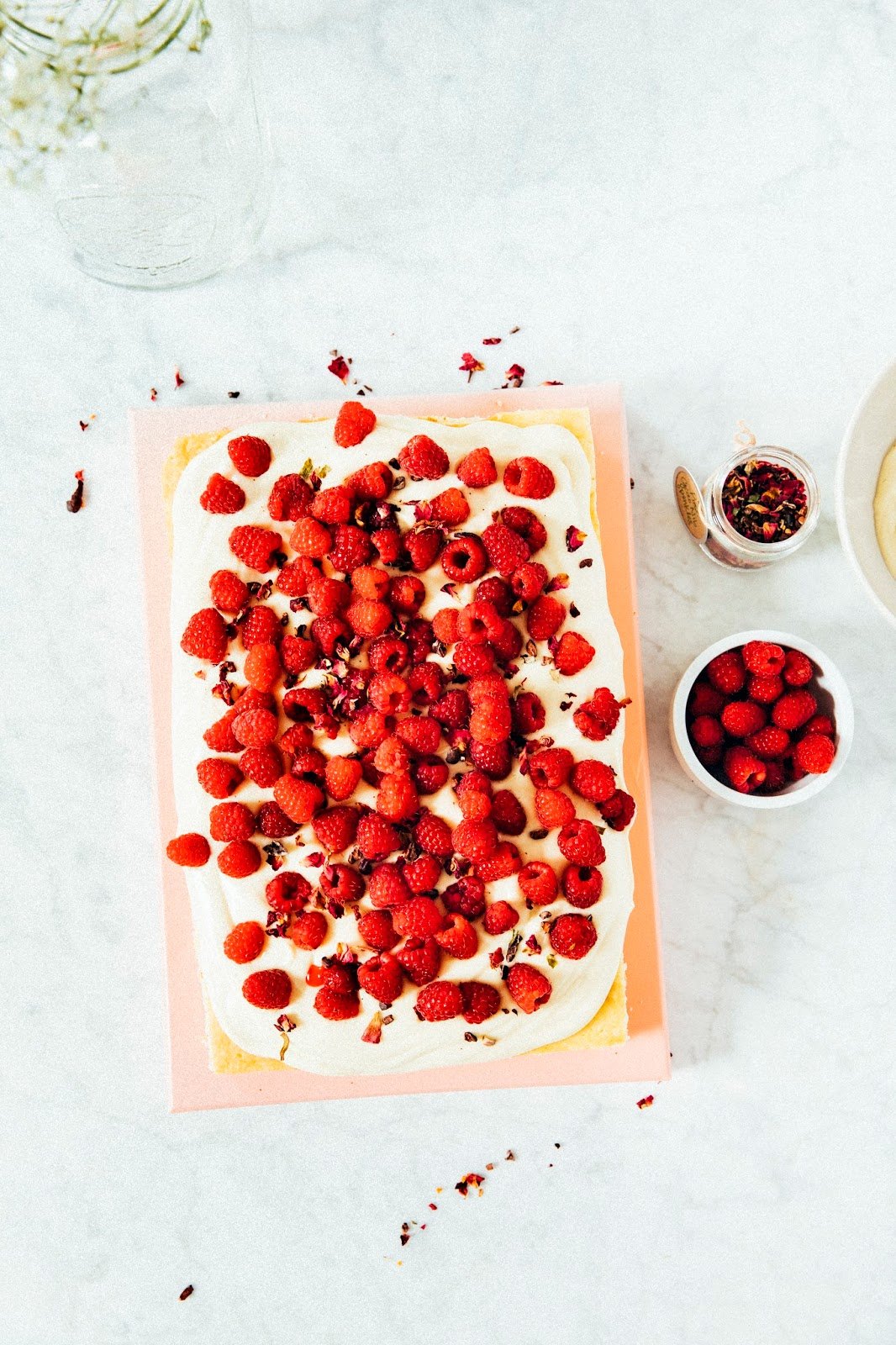 One of my favorite things about New York is how, despite the city’s enormity, you can take a corner of it and really make it your own. It also helps that each neighborhood is so different, with its own vibrant personality and scene. We’re spending August in Erlend’s parents Upper West Side/Morningside Heights neighborhood, and it’s a world apart from our old place in Bedford-Stuyvesant, Brooklyn.

I liked BedStuy; it’s not as well-known or popular as other Brooklyn neighborhoods like Williamsburg or Park Slope, but it has its own unique history full of grit and hustle. It is where both Jay-Z and Biggie grew up, after all. But this part of town feels more like what people think of when they think of New York: the buildings are taller, the avenues are wider, and the taxi cabs more plentiful. Grit and hustle? Not so much. But there’s definitely a certain type that populates the UWS as well: pretty liberal, well-educated, and financially comfortable, but not quite as snotty and elitist as the old money on the Upper East Side. 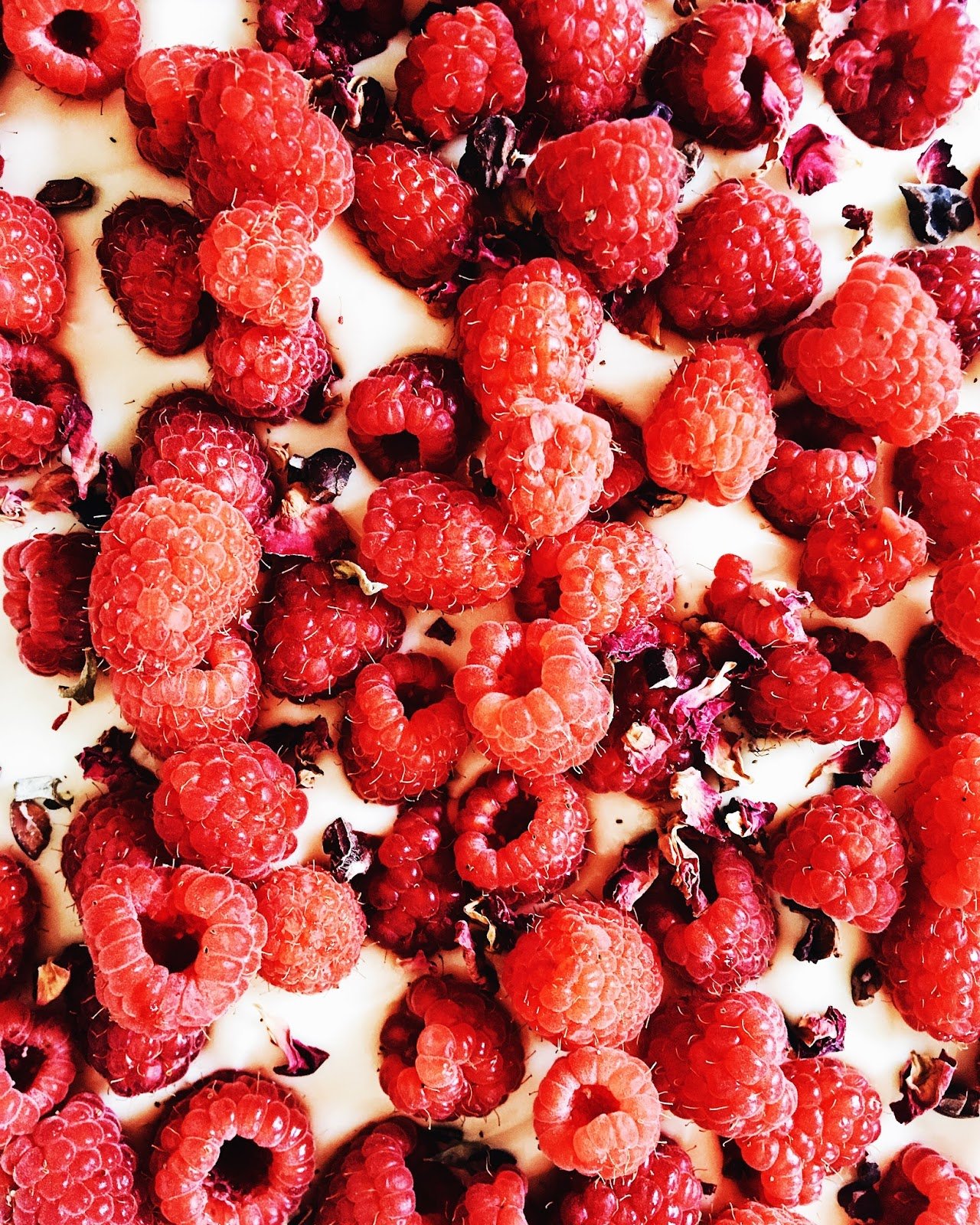 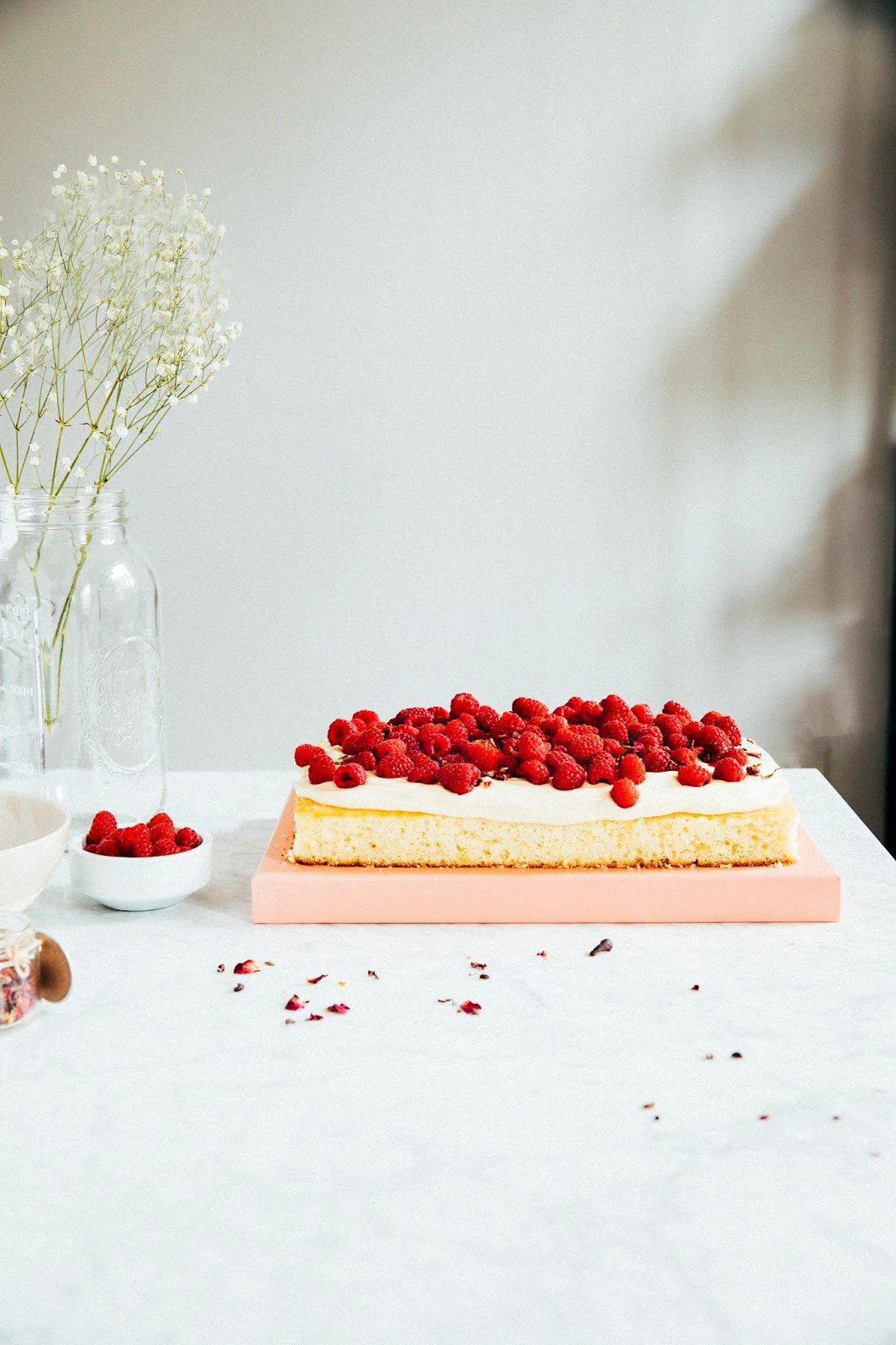 And so this month, I’m pretending to be an official Upper West Sider: I bring reusable shopping bags to both Zabar’s and Fairway Market, admiring the babka and loading up on all sorts of stinky cheese; I ride a Citibike through Central Park in my Birks, only to stop at the Museum of Natural History to check out the giant squid and the whale. AND I’m close to Shake Shack, Levain, X’ian Famous Foods, and Absolute Bagels (which, after a full year’s worth of checking out all the bagel places in the city, are most DEFINITELY the best bagels in the city, COME AT ME).

But maybe the best part about living in this neighborhood is the fact that there’s a farmer’s market almost every day of the week just a stone’s throw away from the apartment. In BedStuy, our closest farmer’s market was in Fort Greene or Williamsburg — both were close, sure, but required a subway trip or hauling my bicycle down our walk-up. So almost every night, Erlend and I have been taking advantage, making fresh salads from the late summer greens (usually with lox from Zabar’s thrown in) and eating an incredible amount of fruit for dessert. I love it. 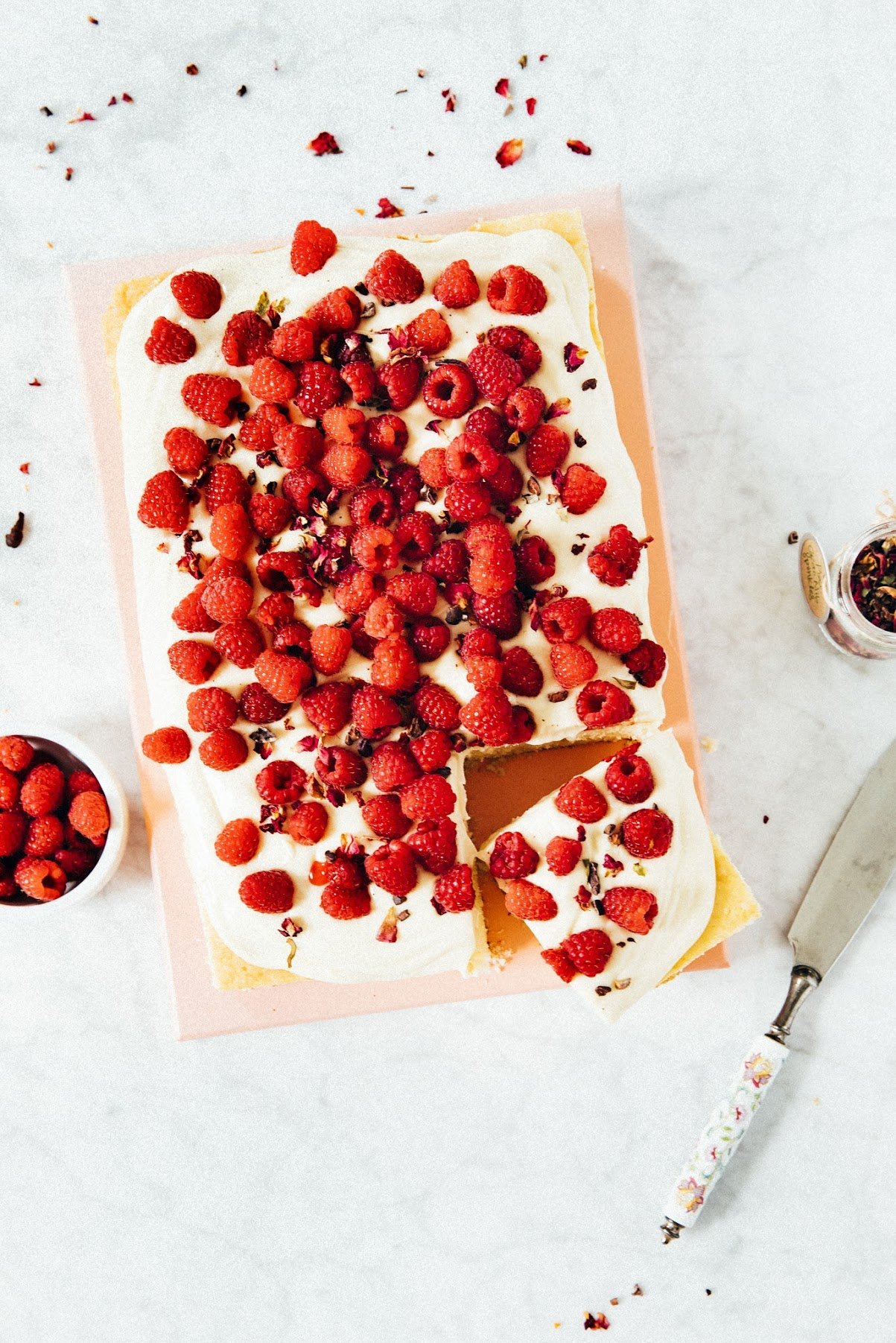 I’d like to tell you that I made this cake with raspberries from the farmer’s market around the corner from our apartment, but the truth is, I actually made this cake back when we were in Brooklyn and only got around to editing the photos and posting about it now. But it was so good that I’m seriously considering making it again, and I hope you do too! It’s a quick weeknight sheet cake, but made incredibly moist by the crème fraîche in the base and decadent with the white chocolate frosting and tart raspberries. Enjoy! 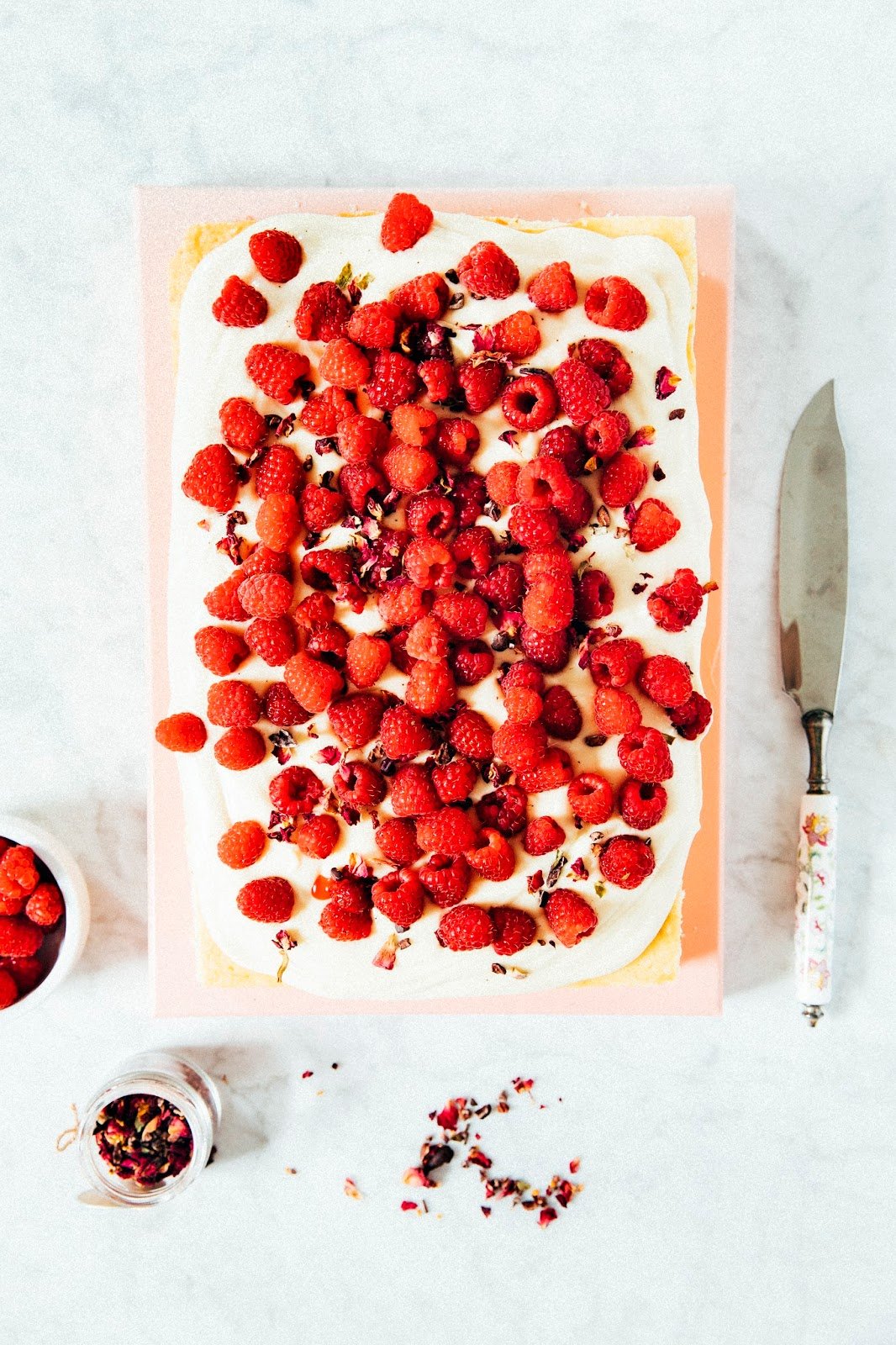 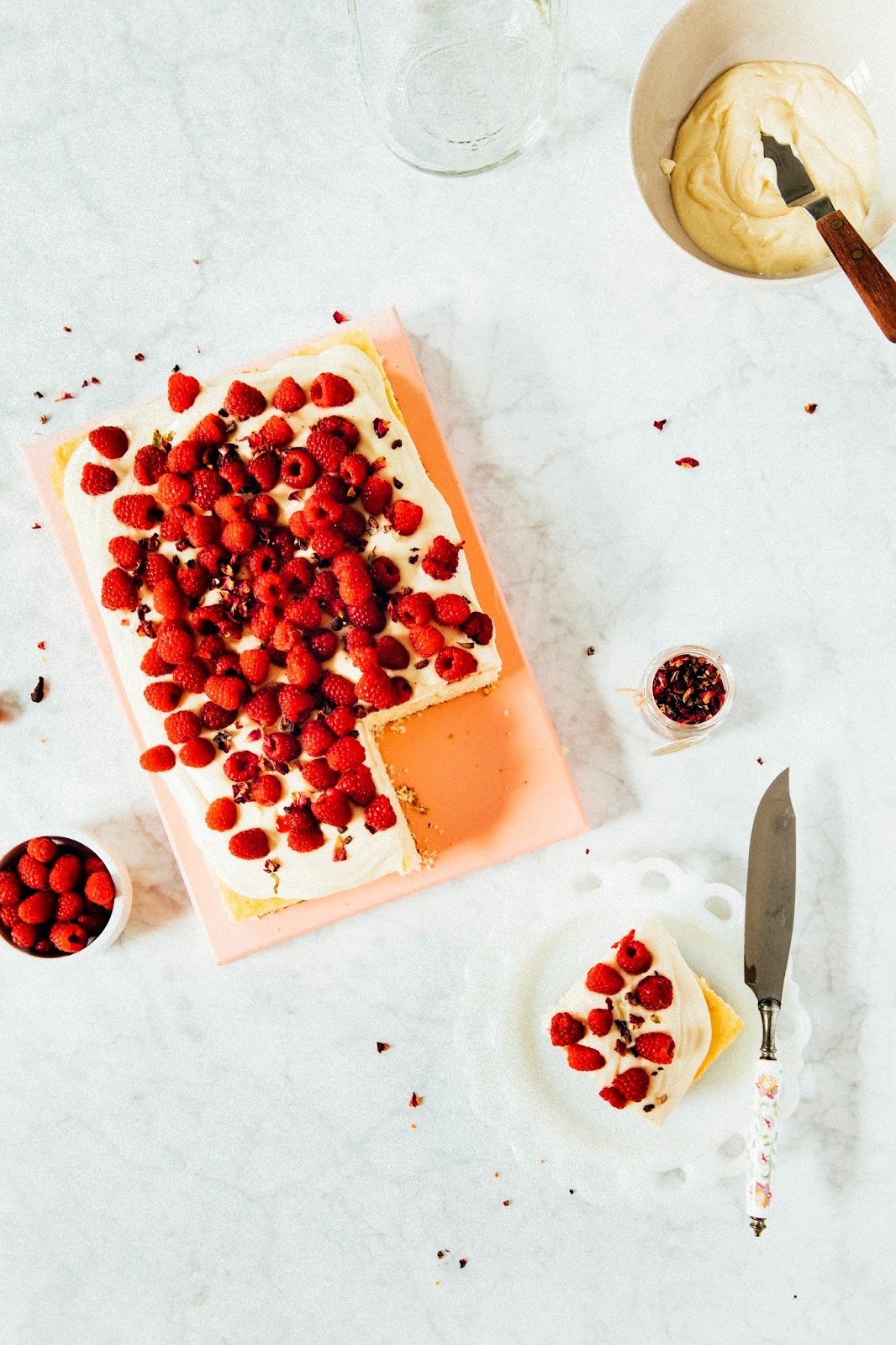 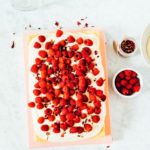 For the Crème Fraîche Cake

For the White Chocolate and Raspberry Frosting

For the Crème Fraîche Cake

For the White Chocolate Frosting and Assembly

Adapted from The Vanilla Bean Blog