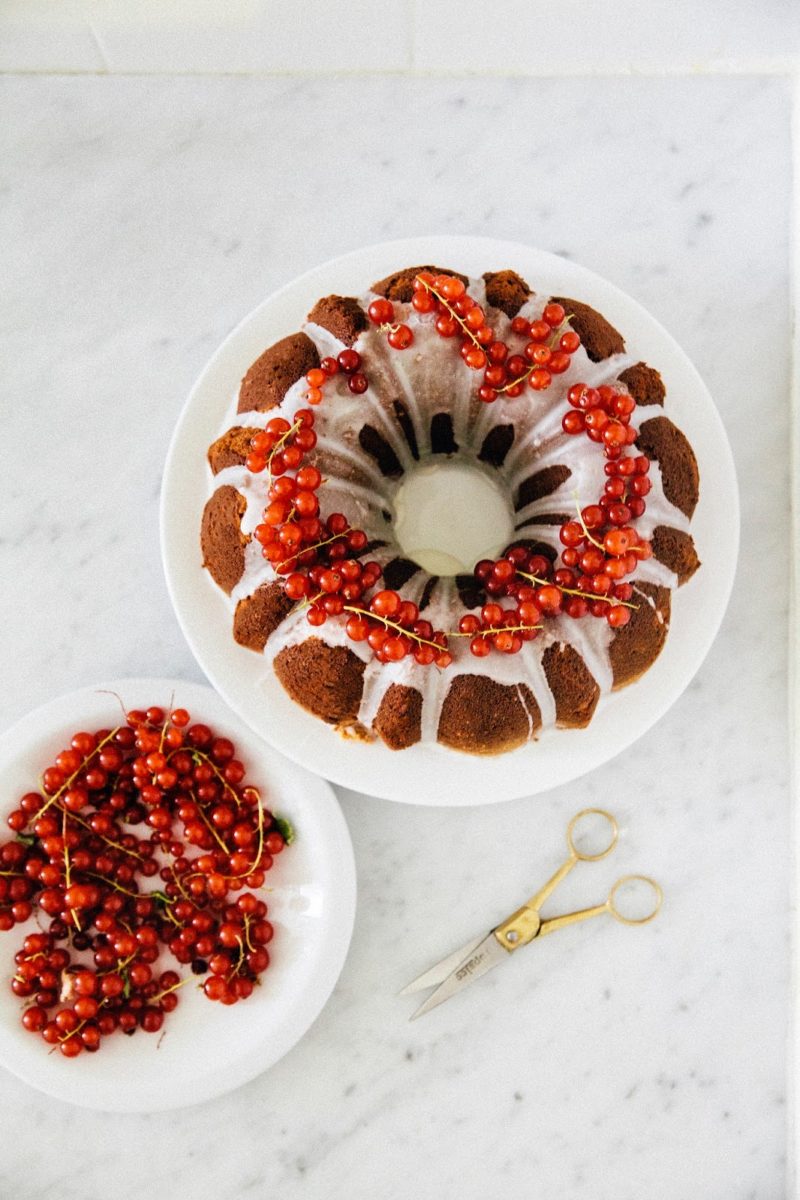 For me, one of the most stressful things about moving is getting to know my new kitchen. We’re staying in Erlend’s parents’ apartment for now, and while their kitchen is well-stocked and spacious for New York, it’s still a little smaller and narrower than what I’m used to. If you saw the tour of their […] 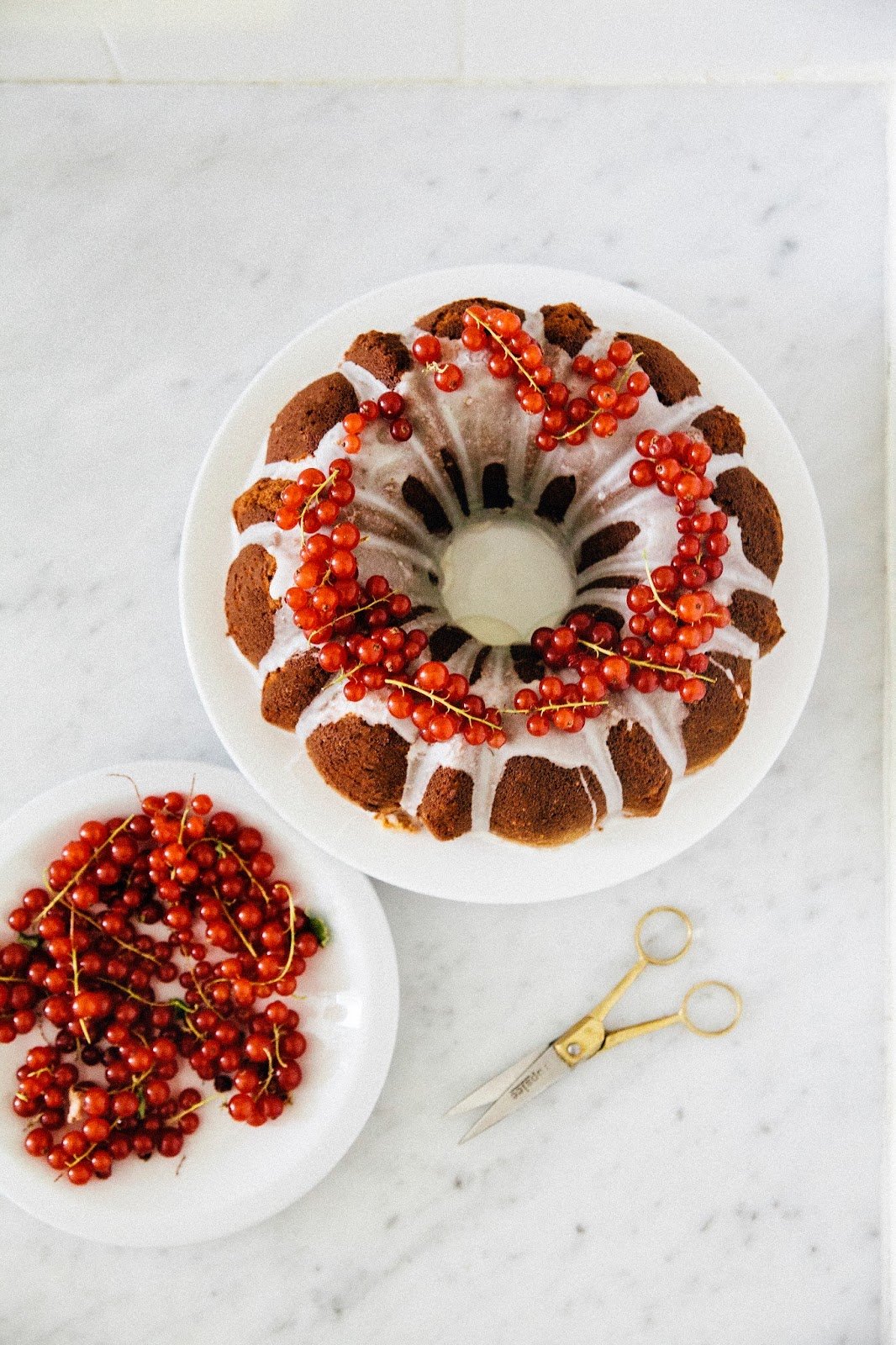 For me, one of the most stressful things about moving is getting to know my new kitchen. We’re staying in Erlend’s parents’ apartment for now, and while their kitchen is well-stocked and spacious for New York, it’s still a little smaller and narrower than what I’m used to. If you saw the tour of their kitchen on my Snapchat, you probably noticed that everything on the counter was miniature: mini toaster oven, mini drying rack, complete with an even smaller-than-standard fridge and oven to boot. For a hot second, I briefly unpacked my KitchenAid mixer, and was equally amused/ashamed by the amount of space it took up on the counter. It didn’t last very long out there — while chopping up vegetables, Erlend accidentally slammed his elbow into the mixer and nearly sliced his thumb open. 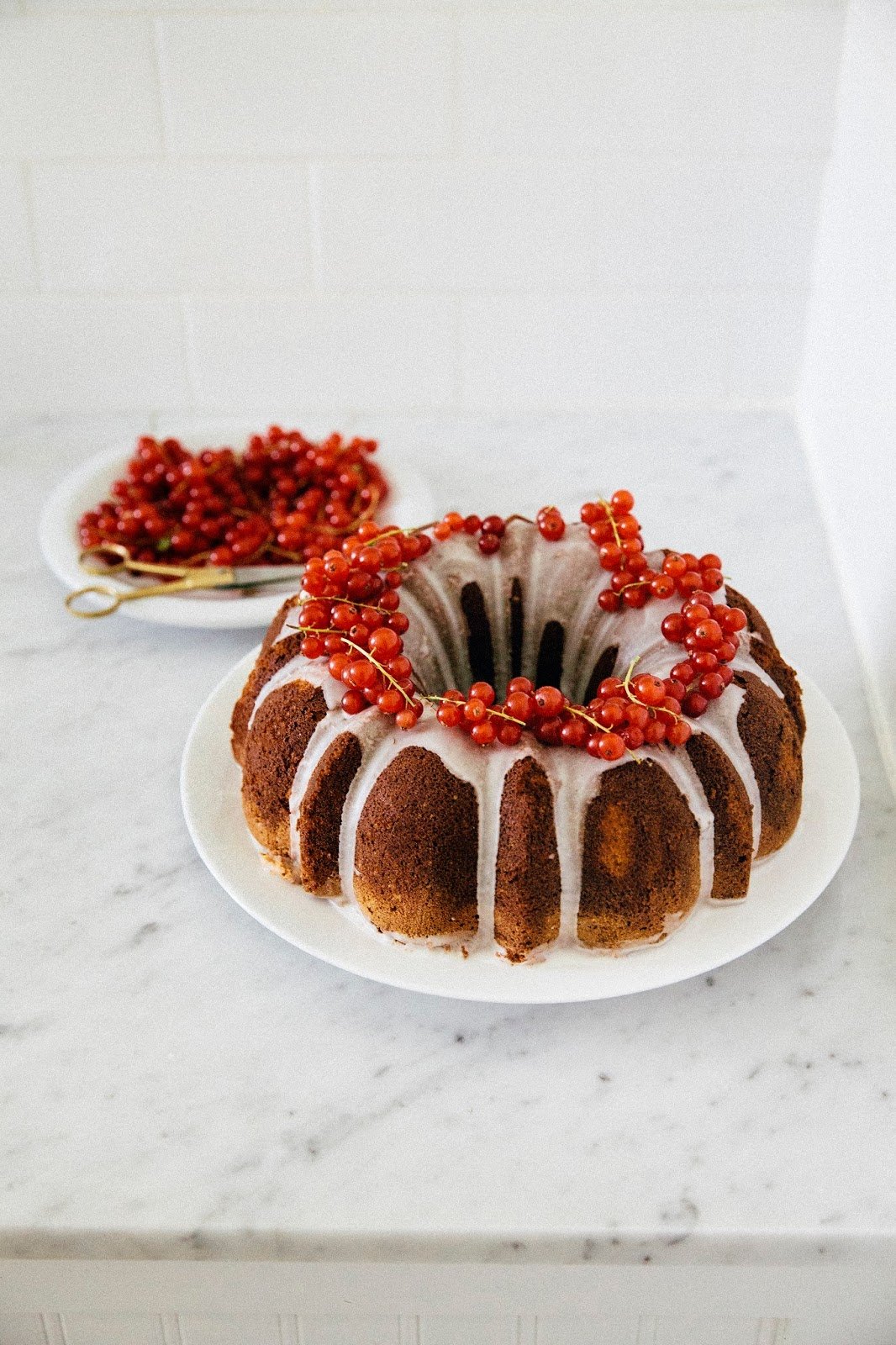 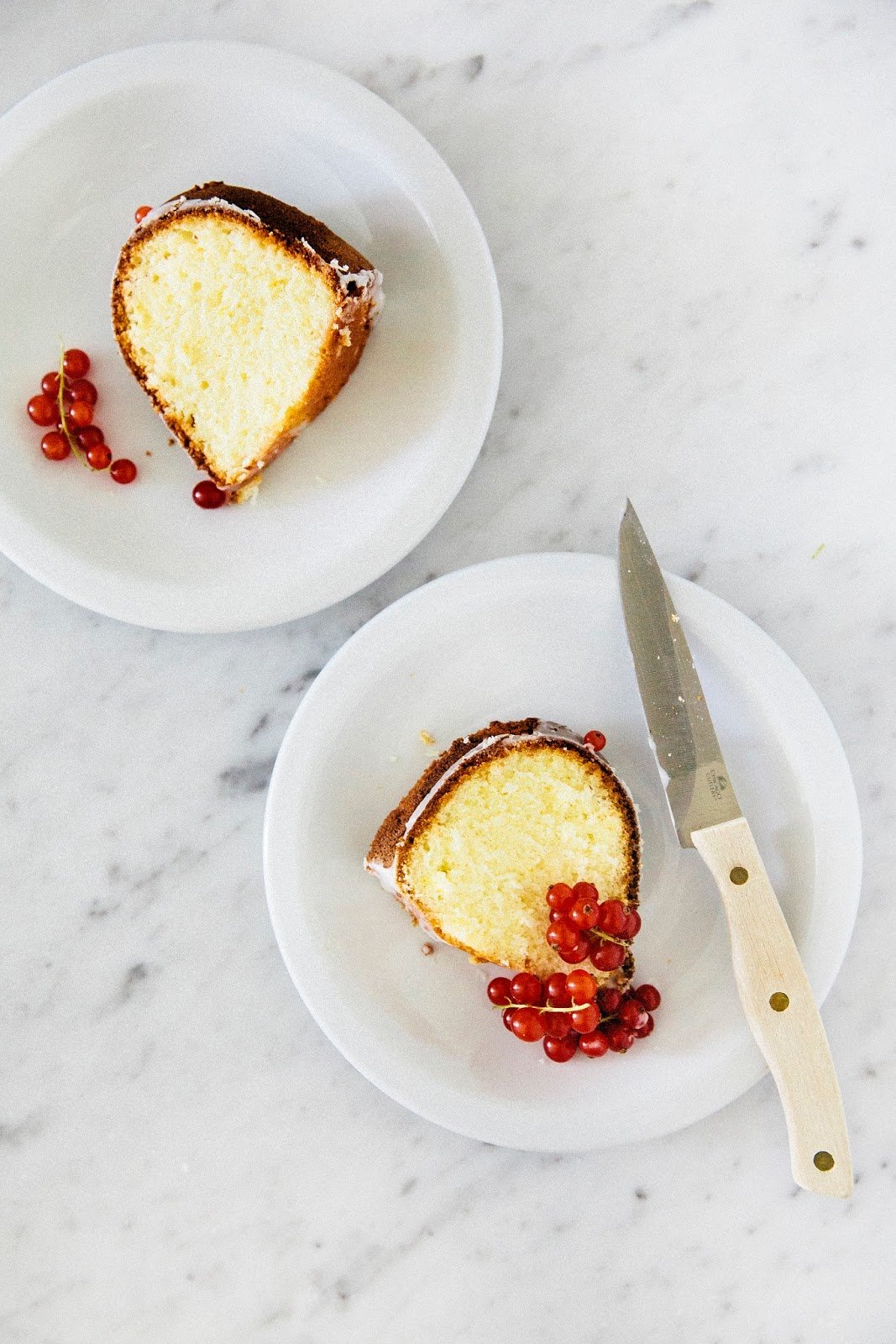 But did you guys know that KitchenAid mixers come in a mini size too? It’s a relatively new size, and, according to the press materials I got with the package (Williams-Sonoma had found out about my move and generously sent one over as a housewarming present), is 20% smaller and 25% lighter than the standard size. TBH, as I was unwrapping the mixer, I was a little skeptical. Because sure, it looked great in the pint-size NYC kitchen; but would it actually be able to handle the batter required for three-layer cakes and other baked goods? I had visions of turning on the mini mixer, seeing the cake batter ooze and splatter across the walls of Erlend’s parents’ clean kitchen, followed by us arguing about me being a mess and my stuff taking up too much space. Great.

So initially, I was going to play it safe and test out the mixer with a small-batch recipe for vanilla cupcakes that only made 10 cupcakes. But Alana and Ashlae convinced me otherwise: Alana had received a mini mixer a few weeks beforehand and assured me that the paranoia was in my head, telling me that the mixer was more than capable of handling typical cake batter quantities, while Ashlae was in the midst of remodeling her kitchen and was trying to figure out if the mini mixer was the way to go. Thus, in the name of science and blog friendships (thankkkkssss Alana for putting up with my frantic texting!), I decided to put the mini mixer to the test with a bundt cake recipe. 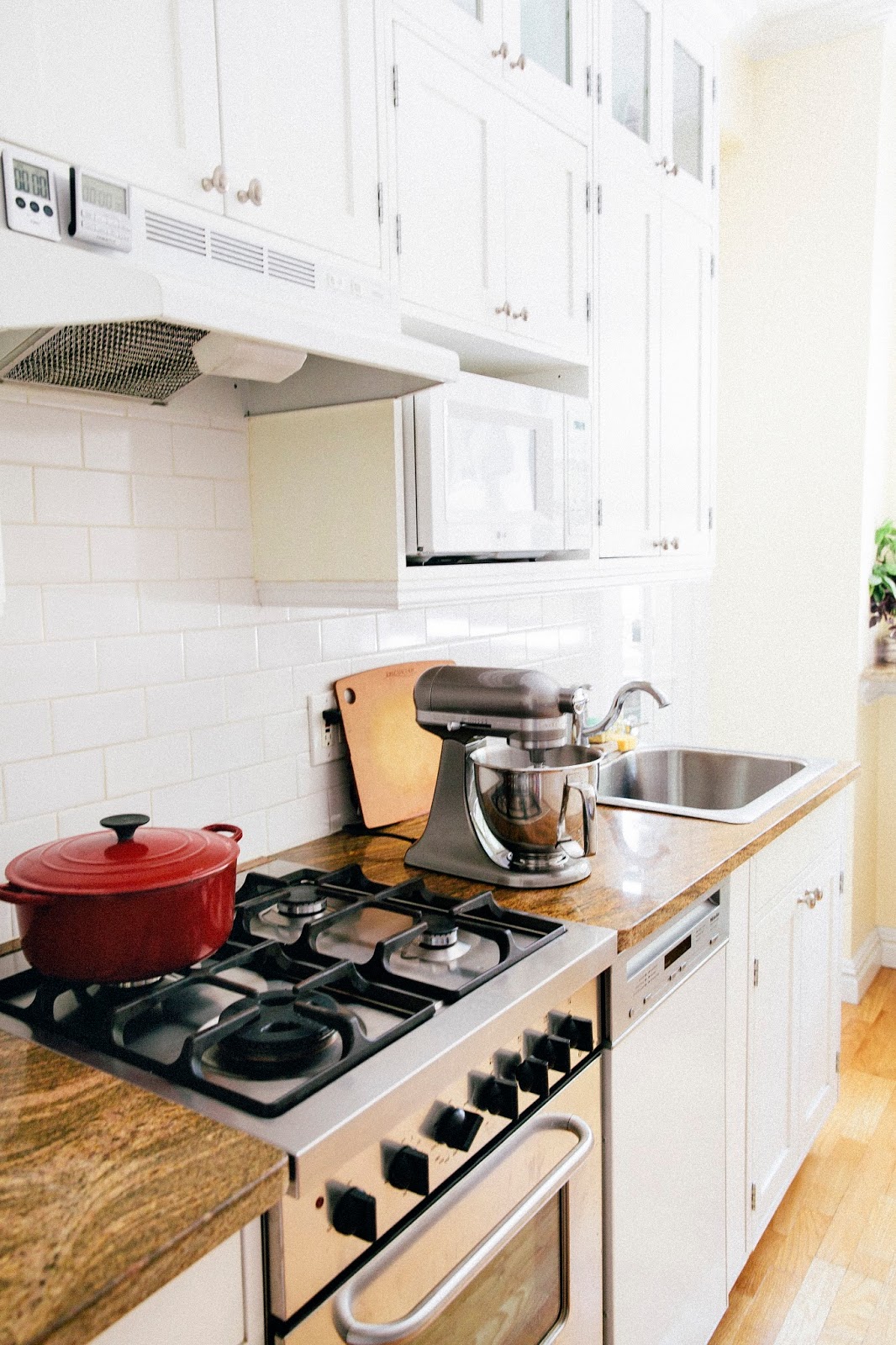 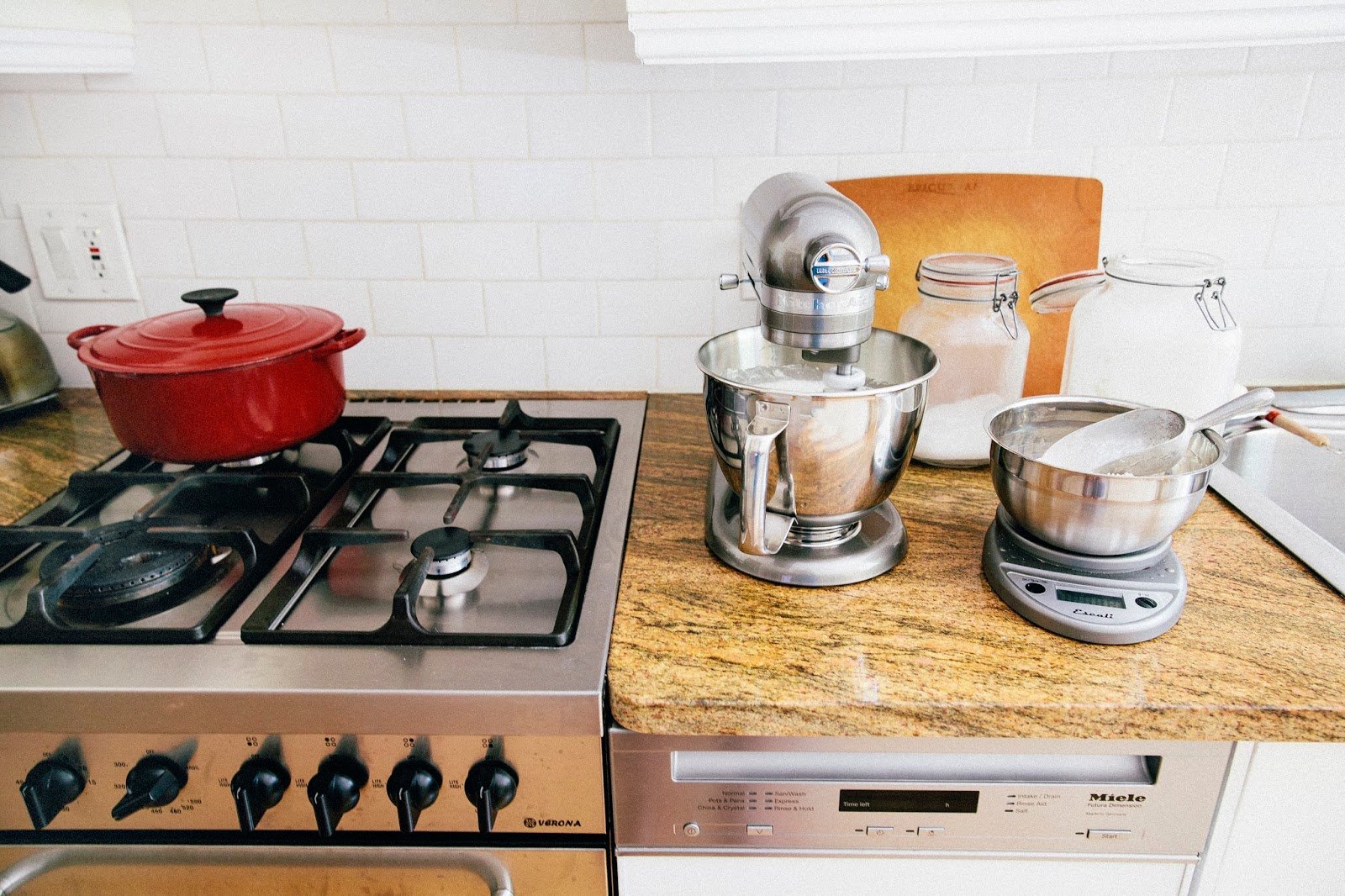 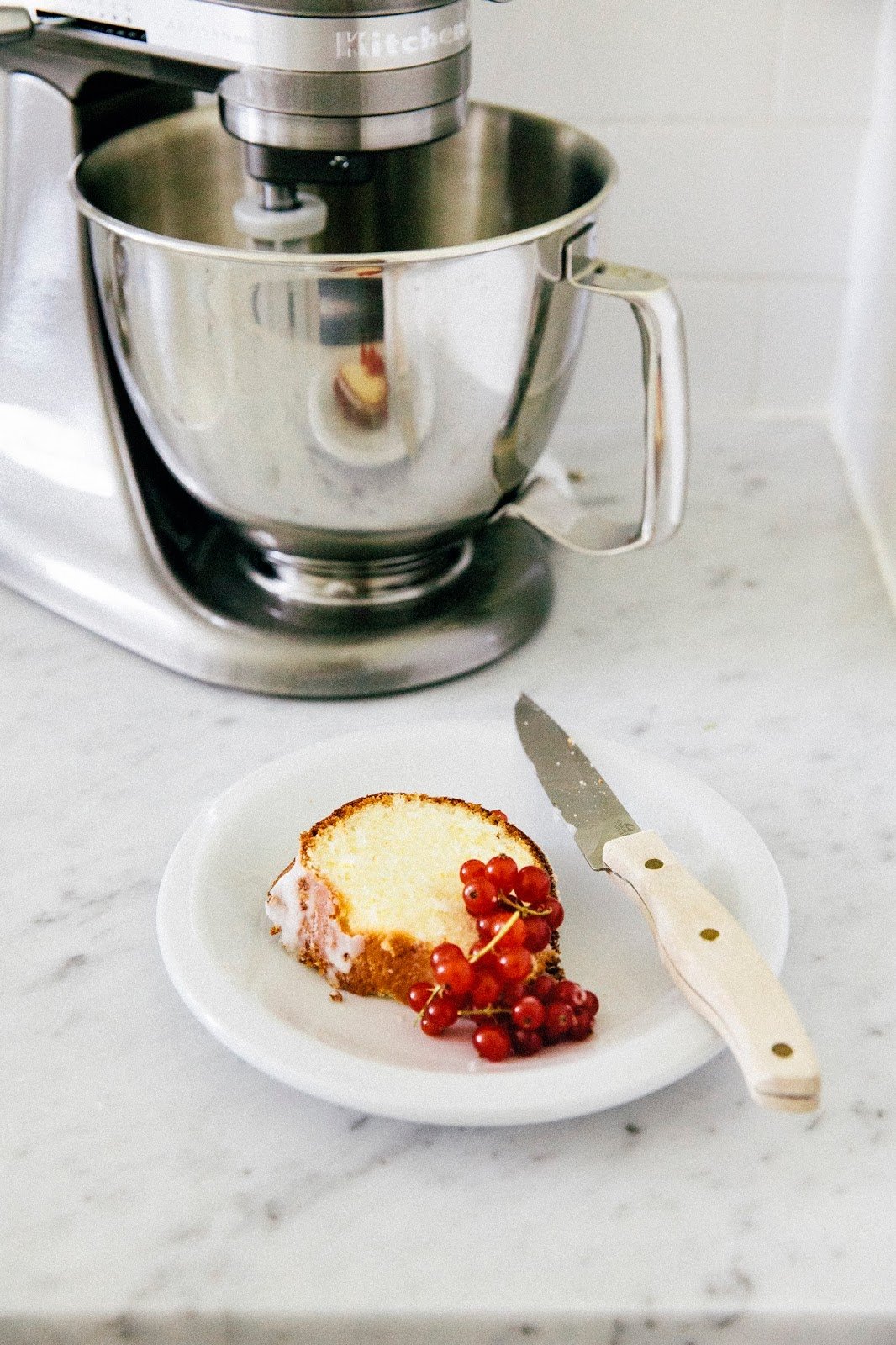 And you know what? Alana was right. There wasn’t a problem at all: no overflowing, no spillage, no splashing, no drama, nothing. In fact, the mini might have even performed better than my standard size mixer — the mini mixer has the exact same motor as the standard, and the smaller bowl size meant that more of the batter was being mixed and incorporated as opposed to going up the sides of the bowl and needing to be scraped down. Pretty boss. 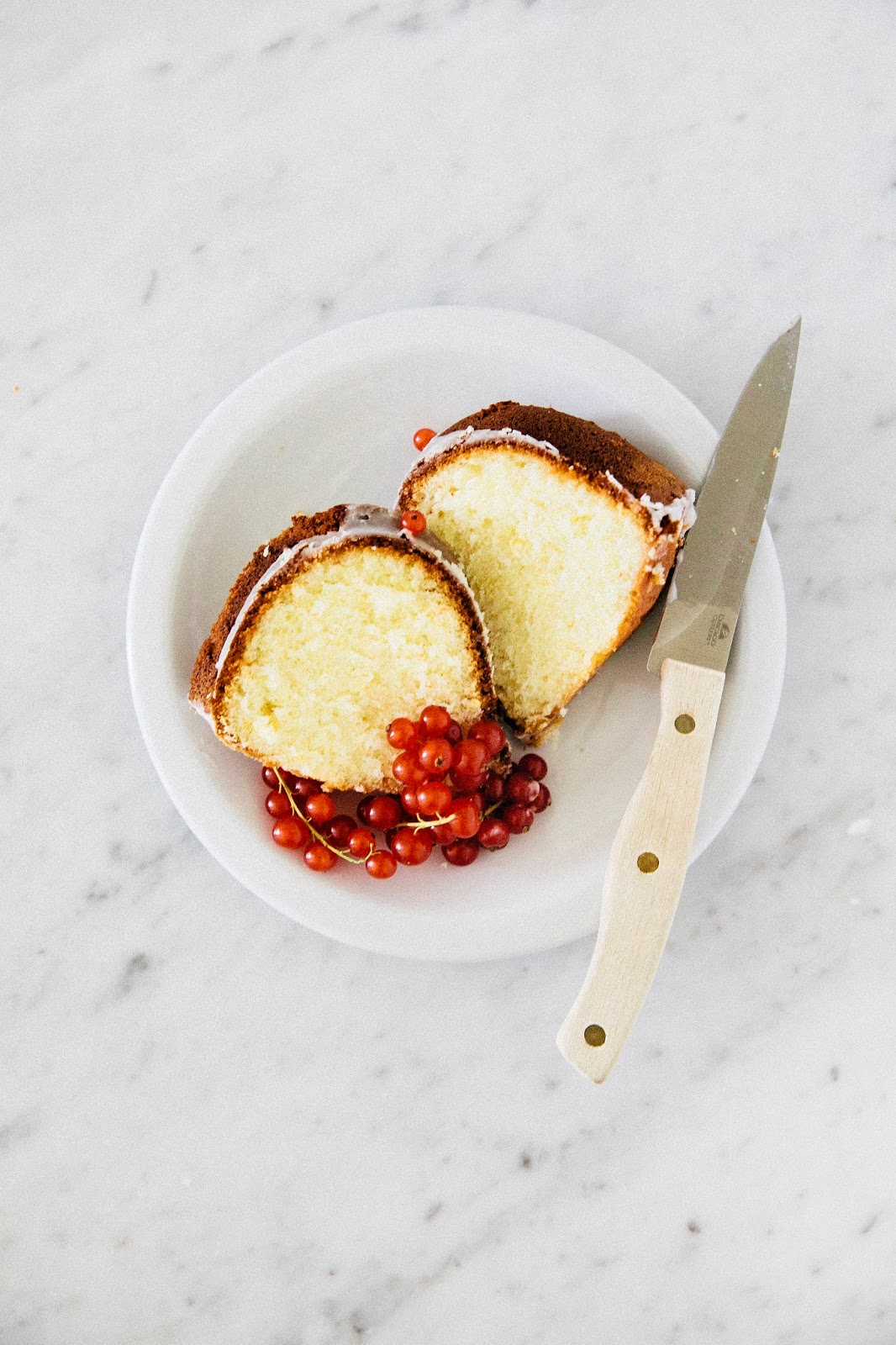 So without futher ado, here is the pretty standard classic that came out of the mini mixer: a lemon bundt cake, soaked with lemon simple syrup for moisture and flavor, and topped with a milk glaze and red currants. Drama and mess free.

This post was sponsored by Williams-Sonoma, who graciously provided me the mini KitchenAid mixer discussed in this post. All thoughts and opinions are my own, and I’m genuinely impressed by the mini KitchenAid mixer and am planning on making sweet potato curly fries next week using the mixer with a KitchenAid’s spiralizer attachment (oh yeah — all regular attachments work with the mini too!). Thank you for supporting Hummingbird High and all my sponsors! 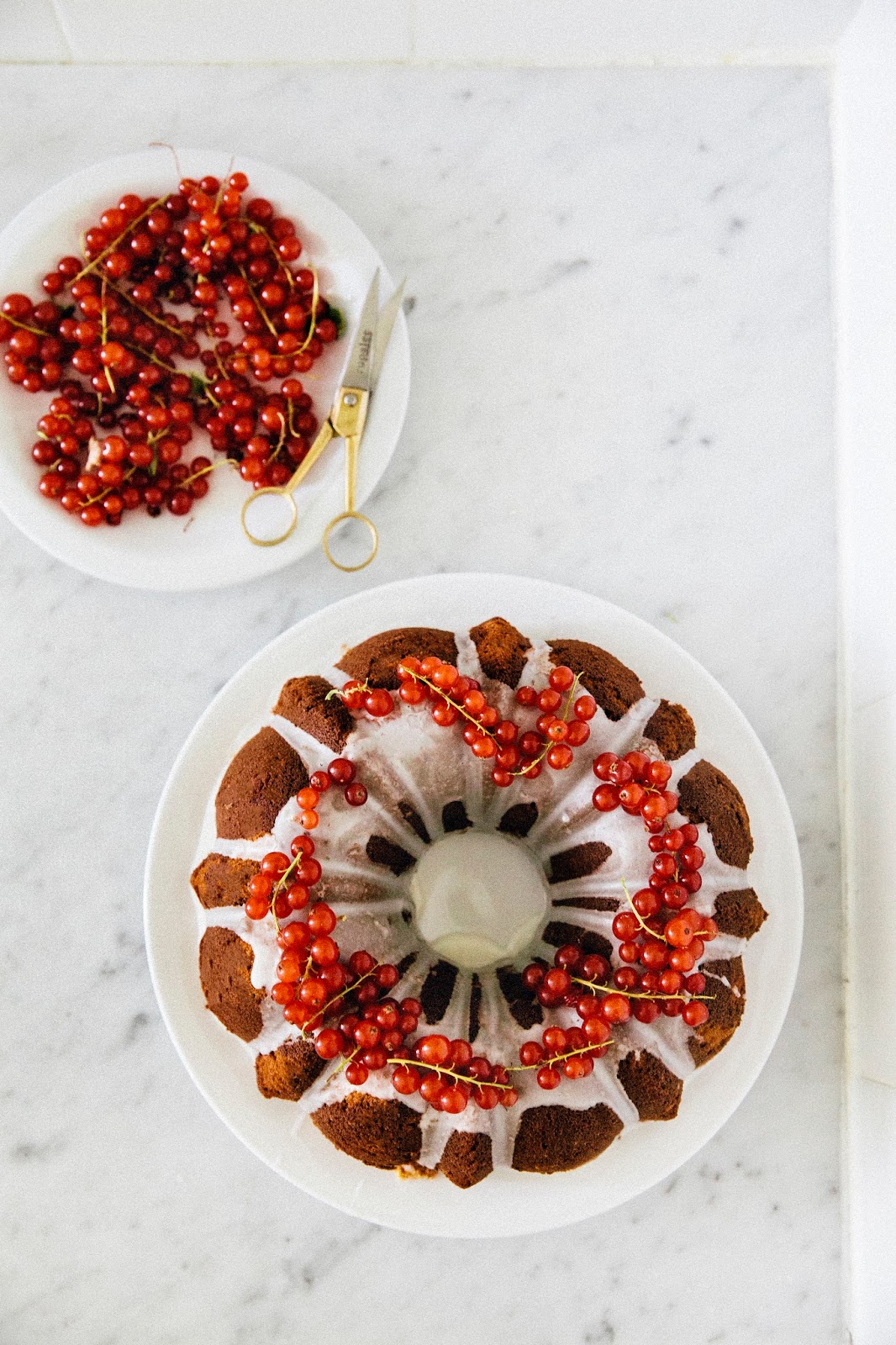 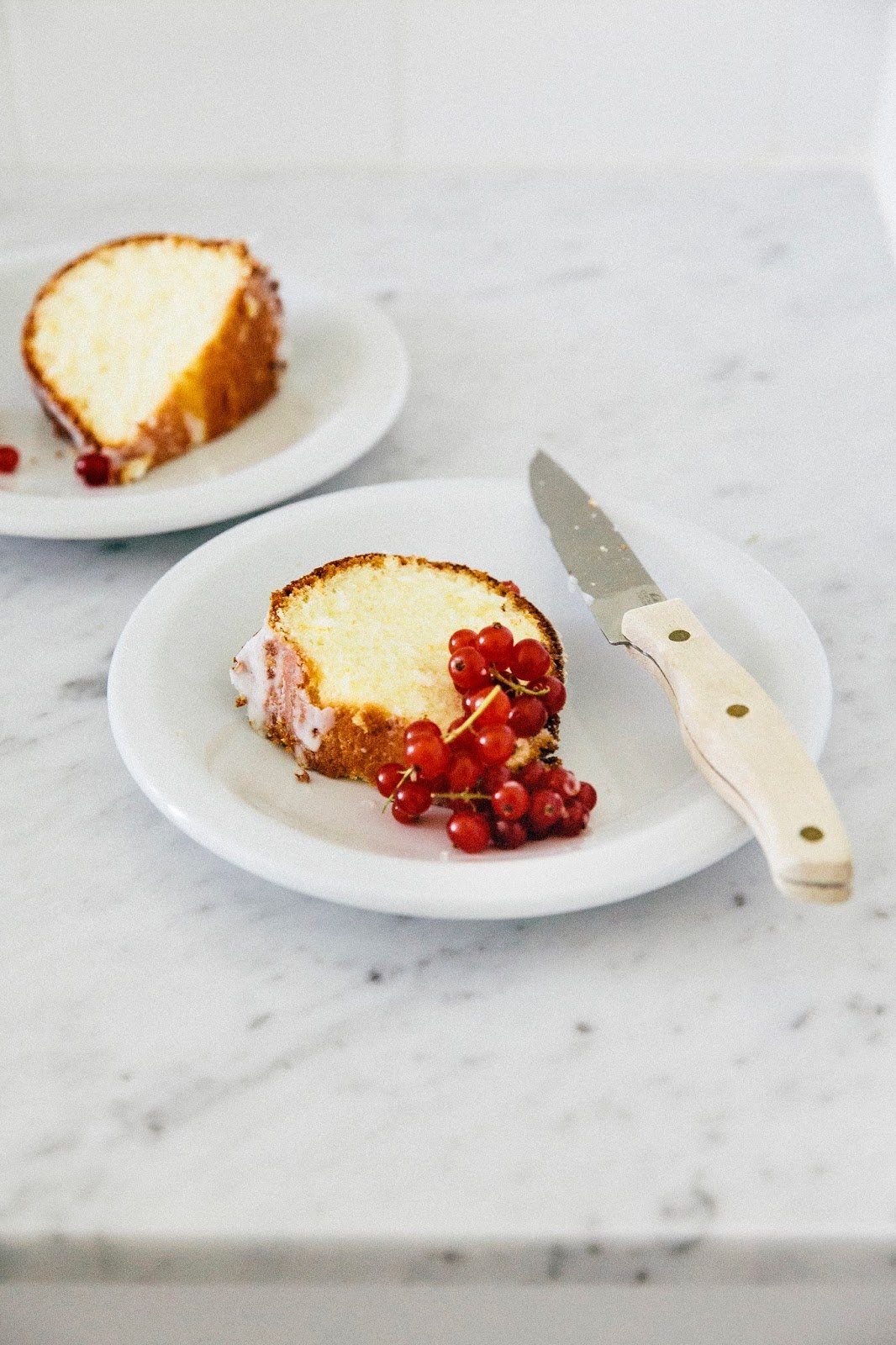 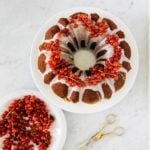 For the Lemon Simple Syrup

For the Lemon Bundt Cake

For the Lemon Glaze

For the Lemon Simple Syrup

For the Lemon Bundt Cake

For the Lemon Glaze