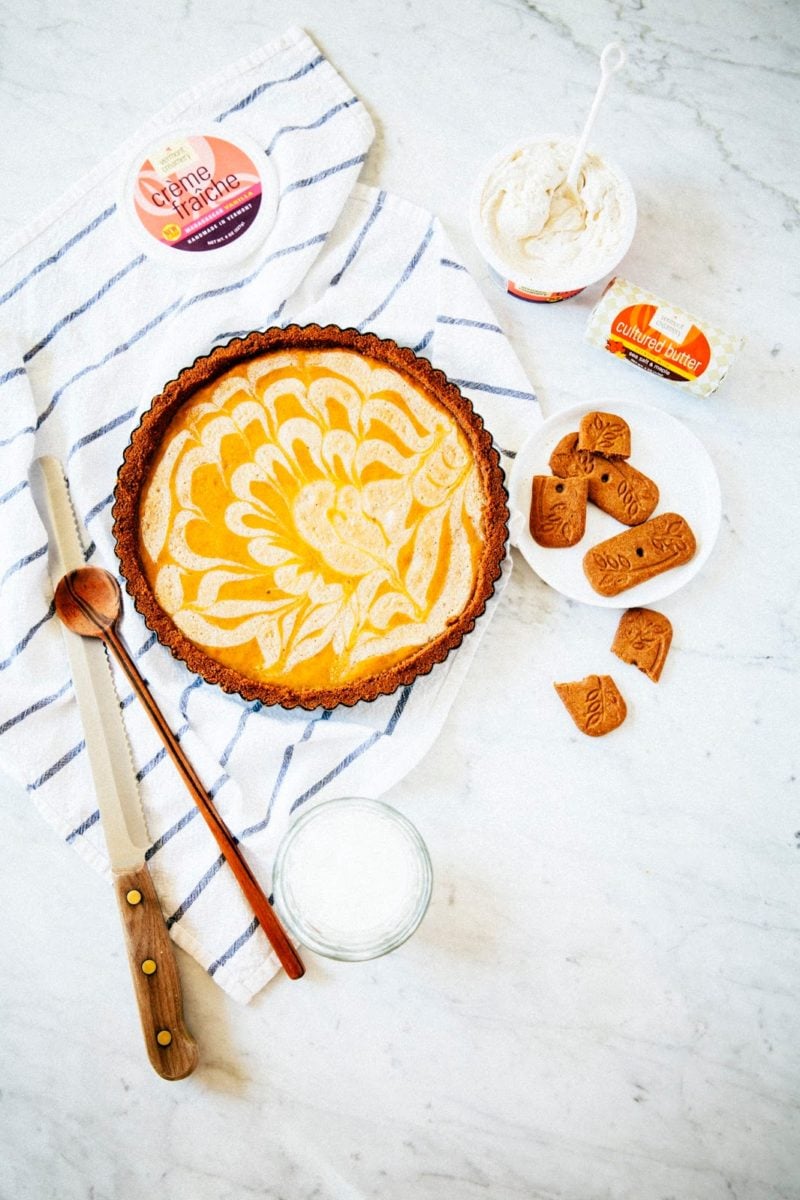 You guys — Thanksgiving is nearly here!!! Who’s excited? I know I am! Now, ordinarily Thanksgiving has always been a meh kind of holiday for me (blasphemous, I know, but neither of my parents are from the US so we never really celebrated it in my family) but I’m especially excited for it this year […] 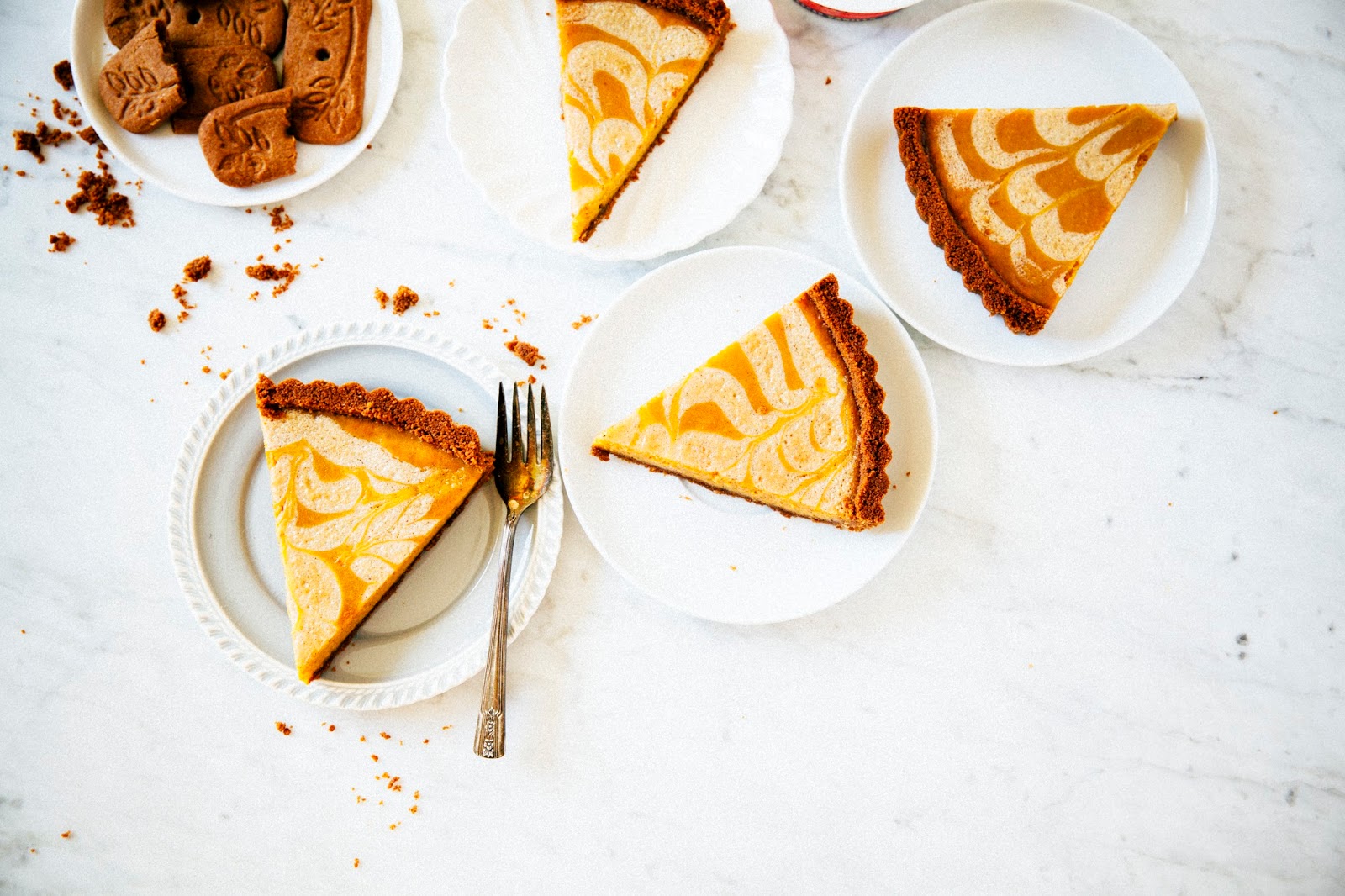 You guys — Thanksgiving is nearly here!!! Who’s excited? I know I am!

Now, ordinarily Thanksgiving has always been a meh kind of holiday for me (blasphemous, I know, but neither of my parents are from the US so we never really celebrated it in my family) but I’m especially excited for it this year since Erlend will be in town for a few days visiting from New York!!!*

*Also, some unsolicited life advice: never do long distance. Just don’t do it.

For the last few years, Erlend and I have always celebrated Thanksgiving in a very non-traditional way. We usually opt to roast a duck instead of turkey, and choose an accompaniment of Asian sides from the Pok Pok and Momofuku cookbooks instead of the usual stuffing, cranberry sauce, potatoes, etc. This year won’t be any different — Erlend will likely roast another duck using Mandy’s kickass recipe, and I’m preparing some mushroom and toasted rice cake salad sides from the same two cookbooks from last year. 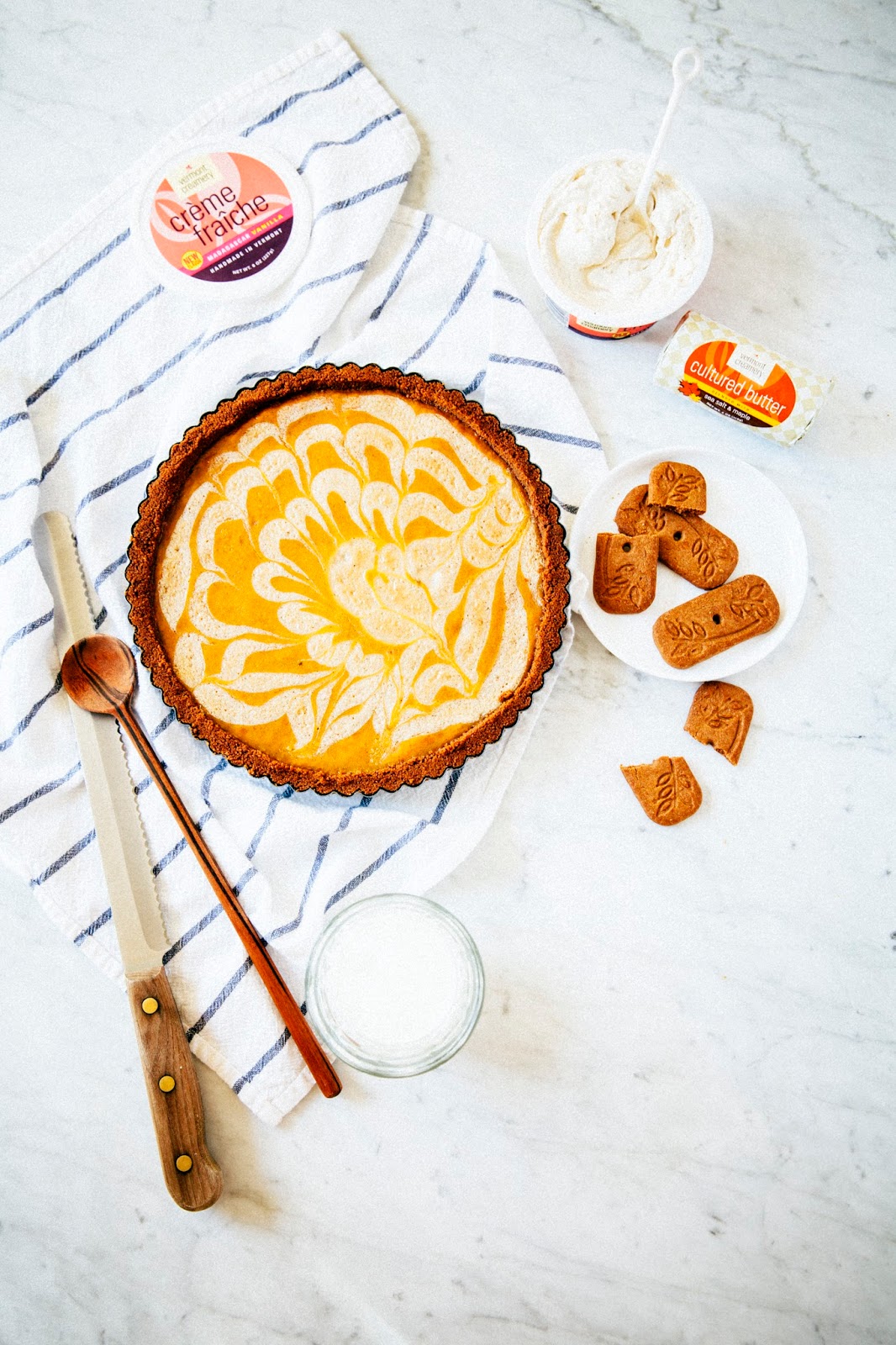 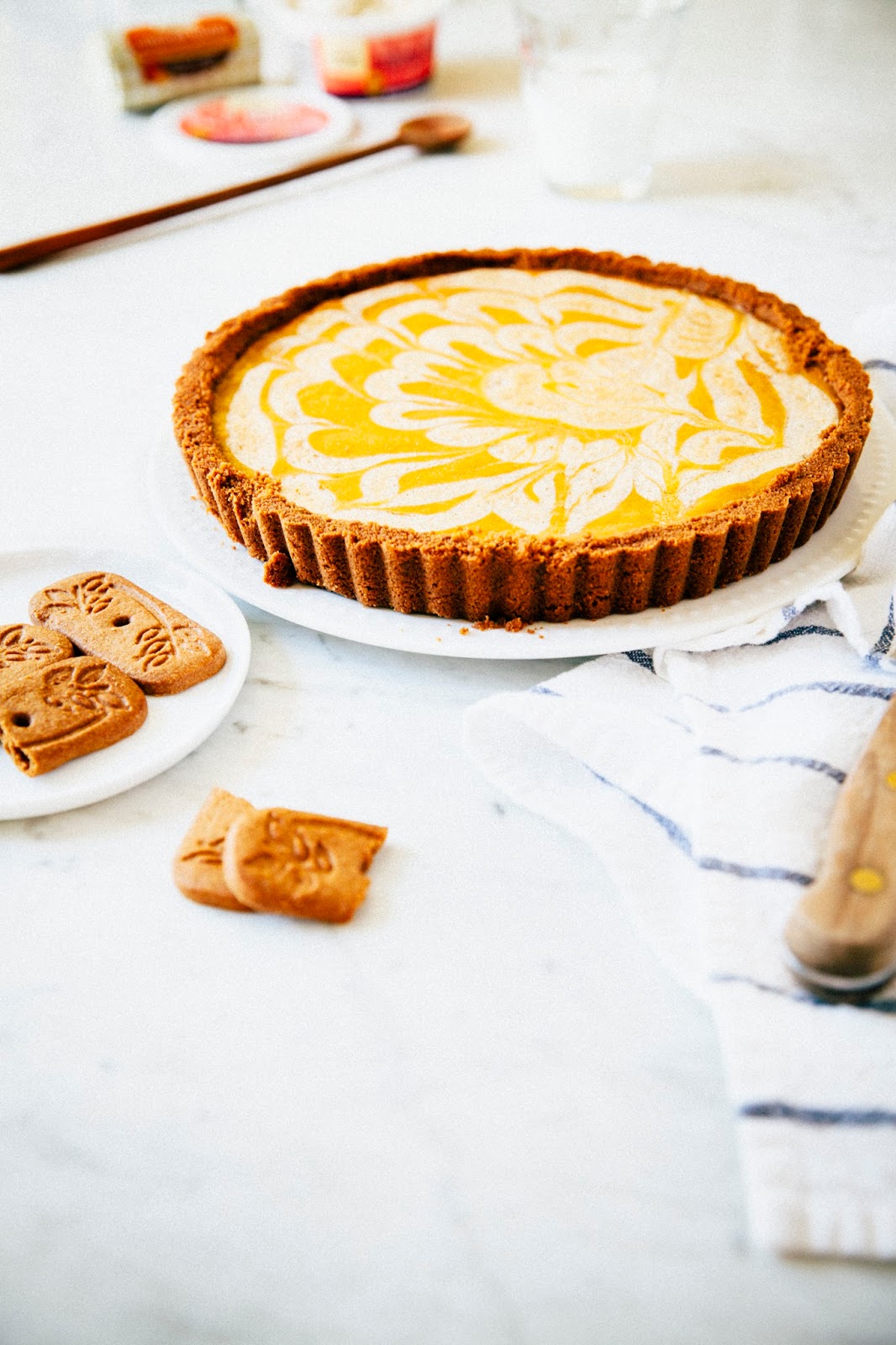 Because we’ve always celebrated Thanksgiving our way, it occurred to me that I’ve never really made the classic Thanksgiving dessert of pumpkin pie. I mean, I guess there was this chocolate pumpkin pie from a few years ago, and, while it was tasty, you can’t really call a chocolate pumpkin pie traditional and classic. Because traditional pumpkin pie is pumpkin spice custard in a glorious, buttery flaky shell, period. No substitutions, no alterations, etc. And this year, it was time for me to make one.

But then as I started researching recipes to find the true classic, I kept seeing variations and adaptations that really called out to me instead. Things like a ginger snap cookie crust instead of an all-butter one, pumpkin custards swirled with other flavors, etc. Before I knew it, I found myself whipping up something that wasn’t really the traditional thing at all. Instead of a traditional pie crust, I’d taken inspiration from all the ginger snap crust recipes but instead used speculoos (the Dutch spiced biscuits that seem to be all the rage at Trader Joe’s). Also, instead of using a traditional pumpkin custard recipe, I borrowed a step or two from my favorite key lime pie recipe and instead mixed the pumpkin with sweetened condensed milk for a creamier filling. 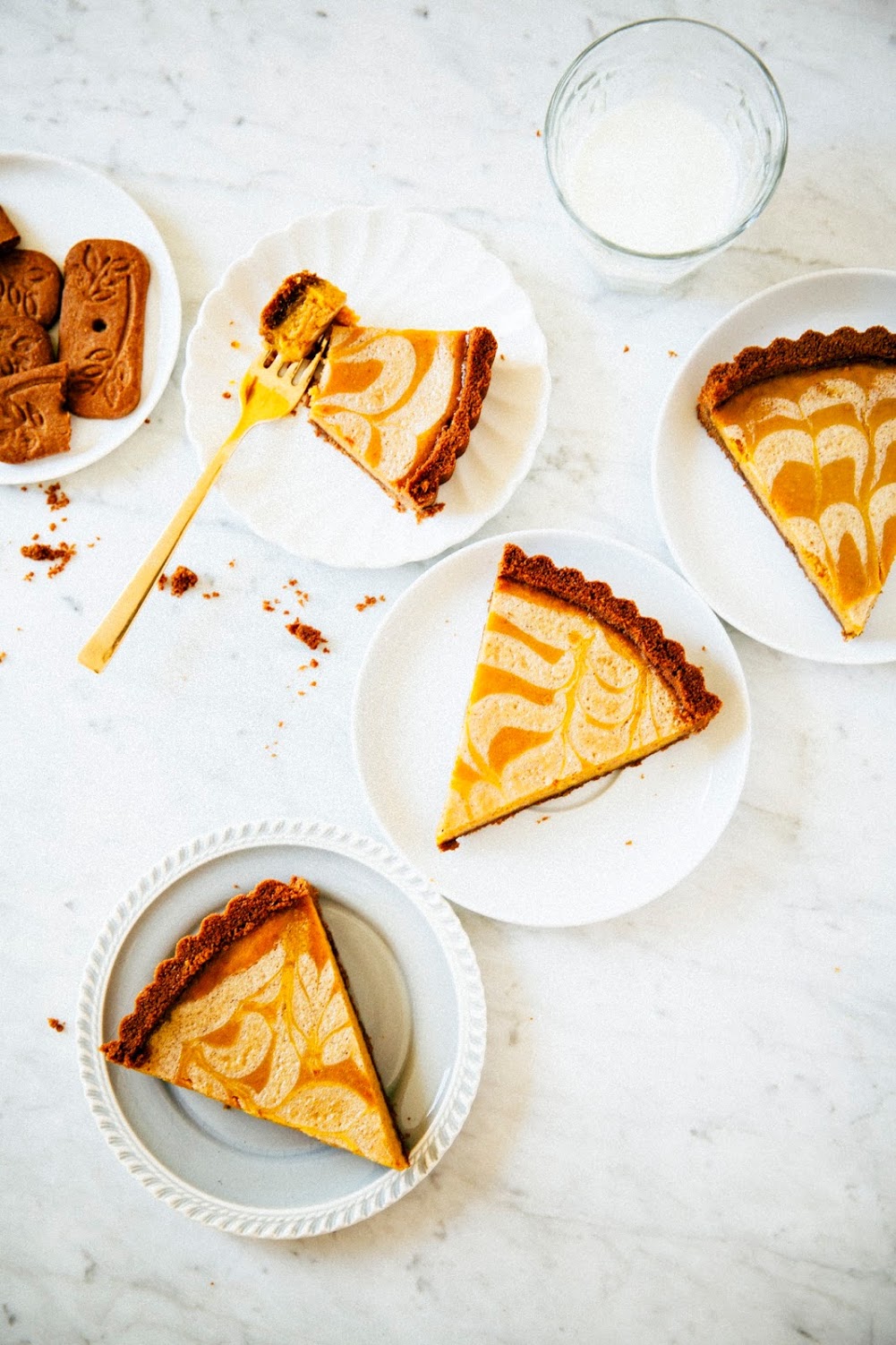 Finally, I swirled Vermont Creamery vanilla bean crème fraîche through the custard. Because truth be told, I recently found myself watching latte art competition clips on YouTube and was inspired to make my own creation. But, ya know, with pie instead of espresso, and crème fraîche instead of cream. I was going for a turkey to fit with the theme of Thanksgiving, but really it looks more like a daffodil. Or random swirls. Or whatever. Eitherway, it doesn’t really matter, because it’s delicious.

If you haven’t had crème fraîche yet, GET ON IT, because crème fraîche is basically a milder, subtler sour cream that works in a ton of desserts. Use it in place of sour cream, whipped cream, as an accompaniment, as a topping, whatever! Because of its slightly tart flavor, it works especially well with sweet desserts like this pumpkin pie. And a special Thanksgiving treat, I’m giving away a Vermont Creamery goodie package (valued at $150) chock full of their vanilla bean crème fraîche, amazing goat cheeses, and cultured butters! Use the widget below to follow both Hummingbird High and Vermont Creamery on Instagram to gain contest entries — even if you already follow me and Vermont Creamery on Instagram, you’ll still need to confirm that you do via the widget. The giveaway ends on November 23rd at 11:59 PM and is open to U.S. and Canadian residents only.

Thank you all for participating! The giveaway is now closed. Congratulations to Melissa S!

Thank you to Vermont Creamery for sponsoring this post by providing the compensation and ingredients to make it happen. I’m working with them all month to provide crème fraîche dessert recipes — check out last week’s recipe for a red velvet cake with crème fraîche frosting. As always, all thoughts and opinions are my own. Thanks for supporting Hummingbird High and all my sponsors! 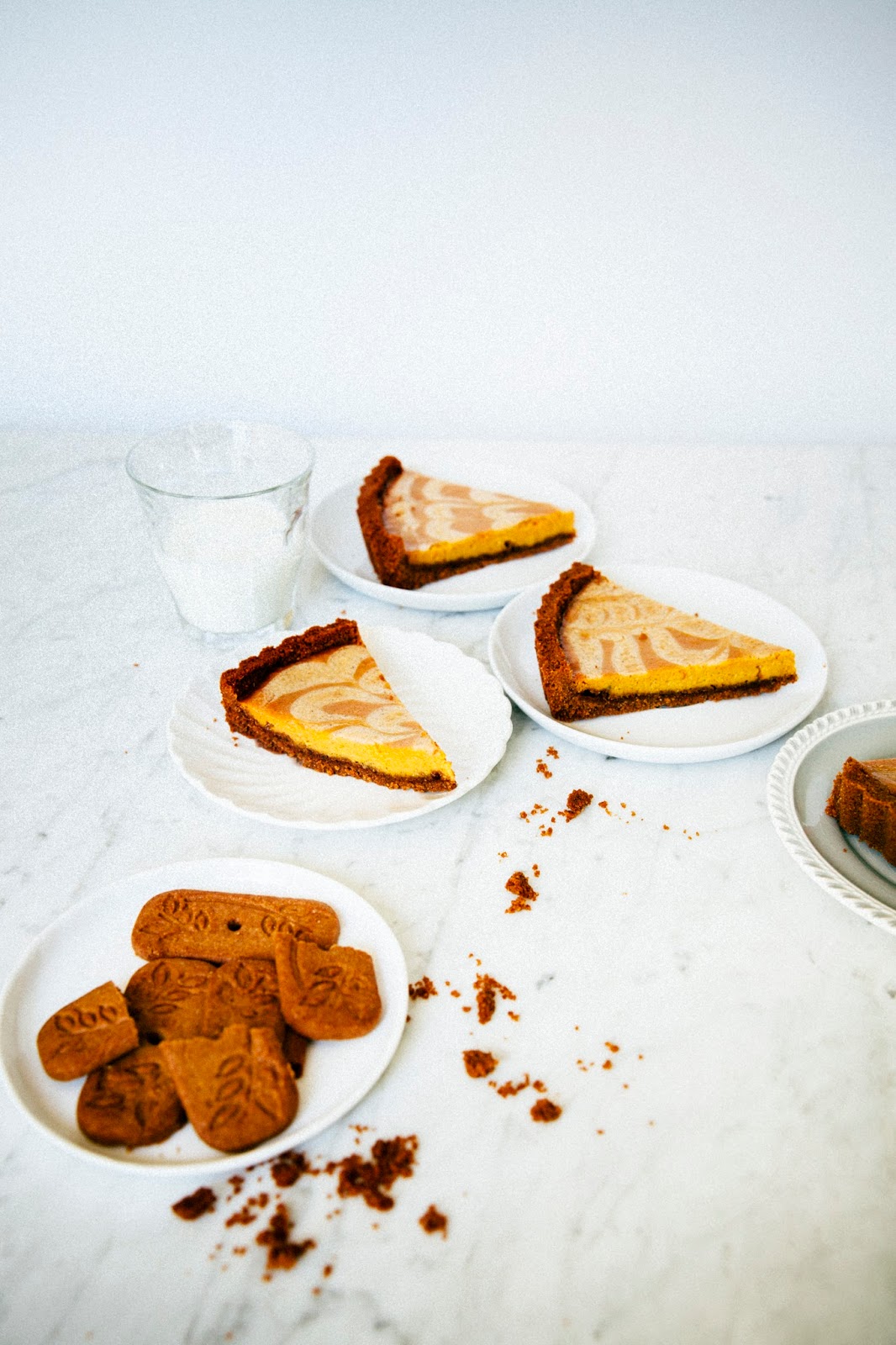 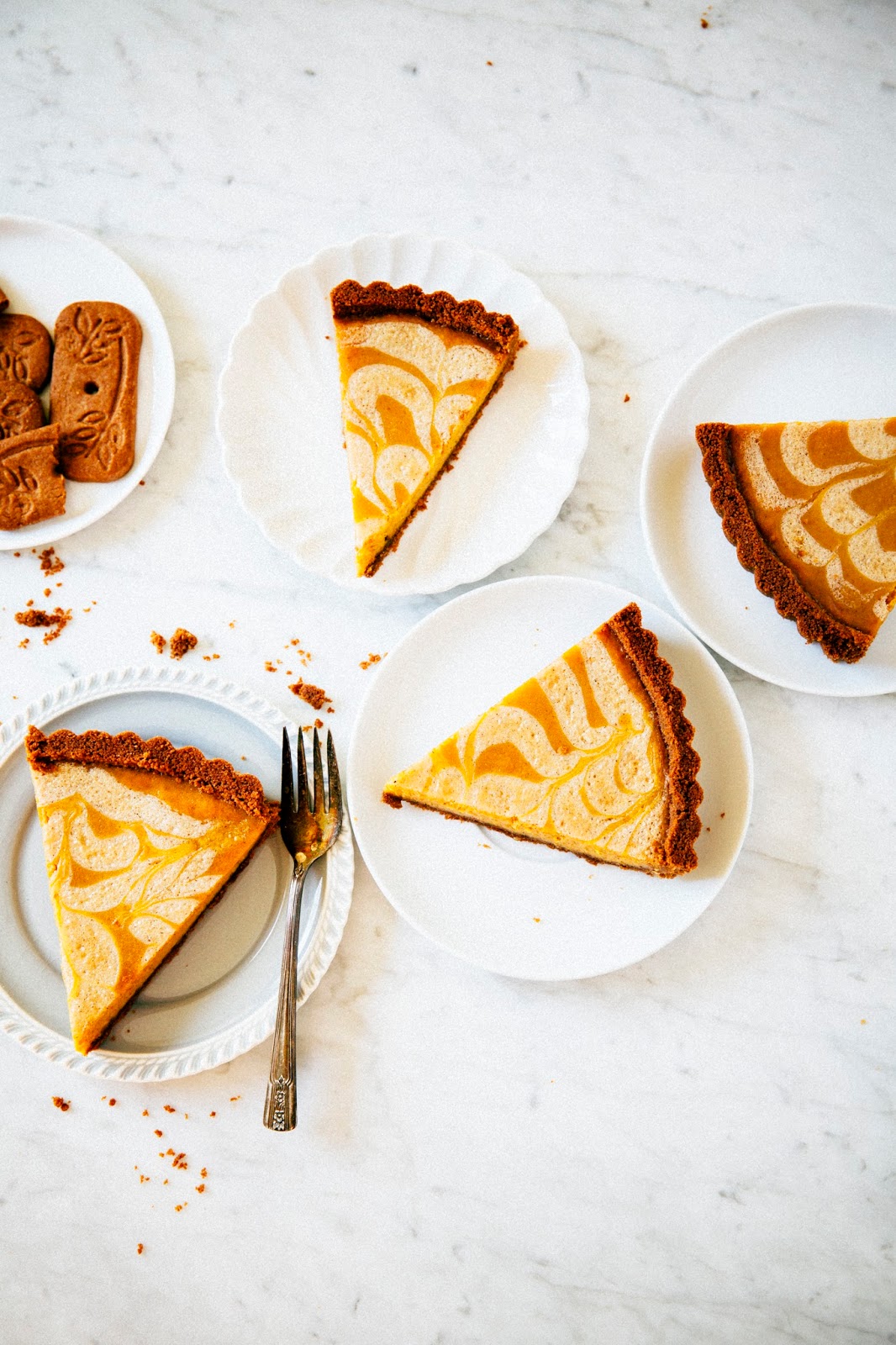 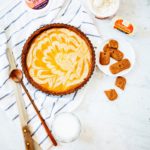 For the Pumpkin Custard Filling and Crème Fraîche Swirl

For the Pumpkin Custard Filling and Crème Fraîche Swirl