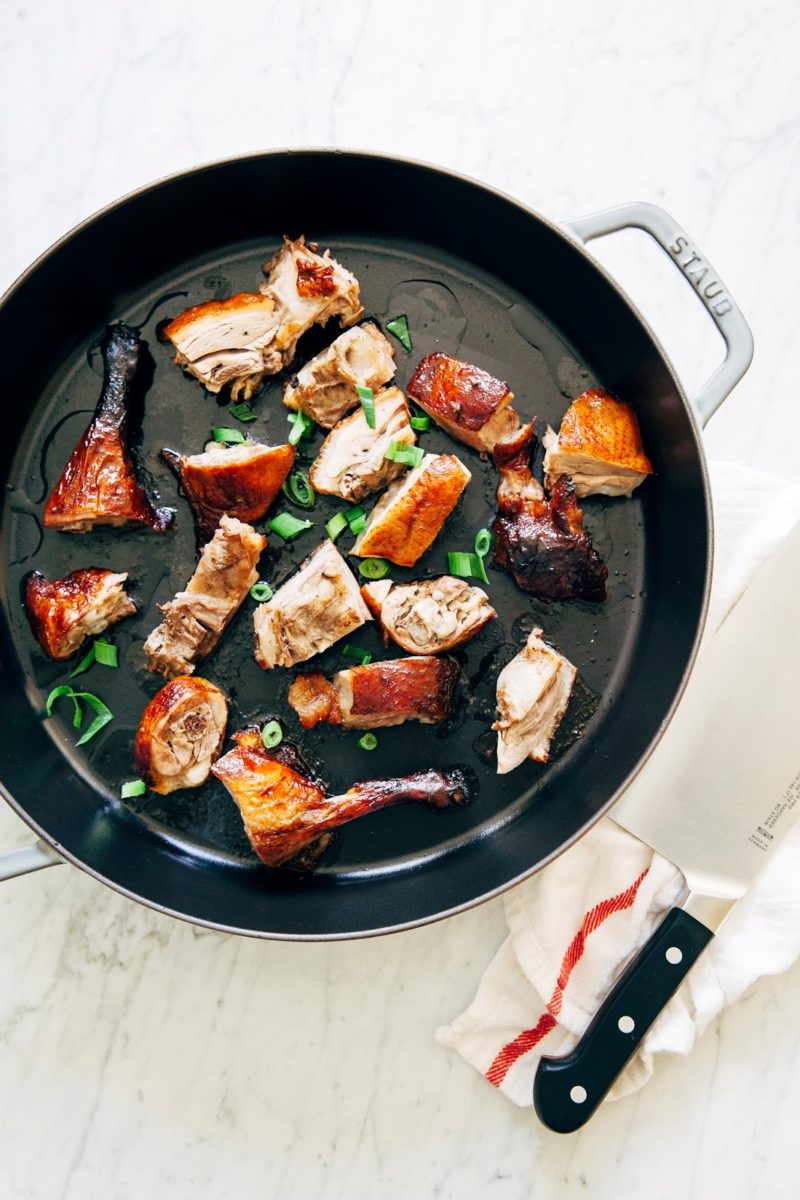 Hey hey! Did everybody have a good Thanksgiving? I certainly did!!! I’m feeling about 10 pounds heavier than I was on Wednesday since I’ve pretty much been the remnants of our Thanksgiving meal these last few days. Erlend flew in from New York and we had a quiet celebration with just the two of […] 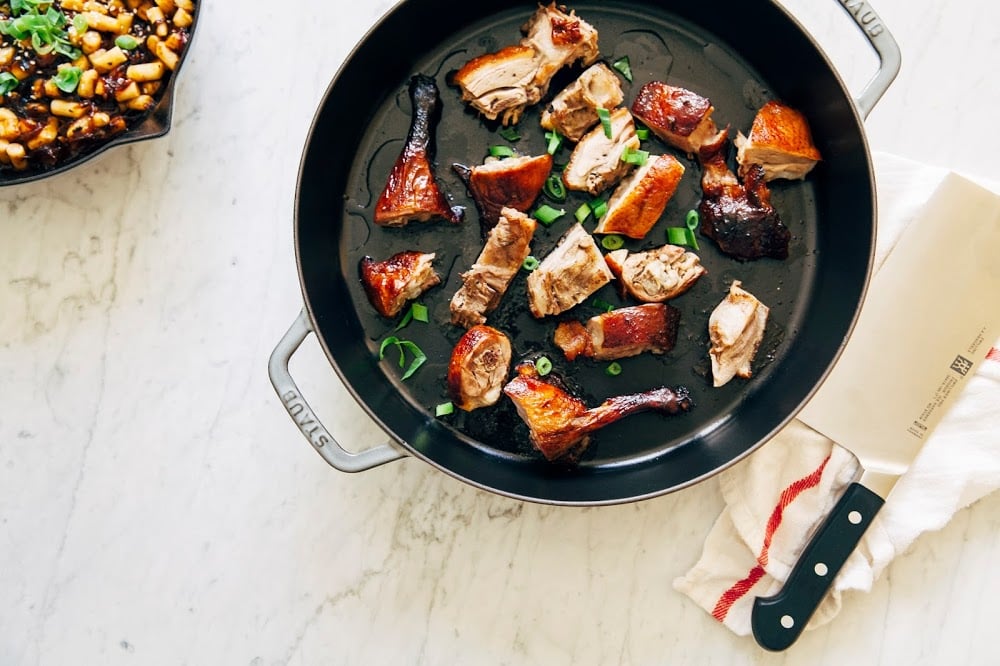 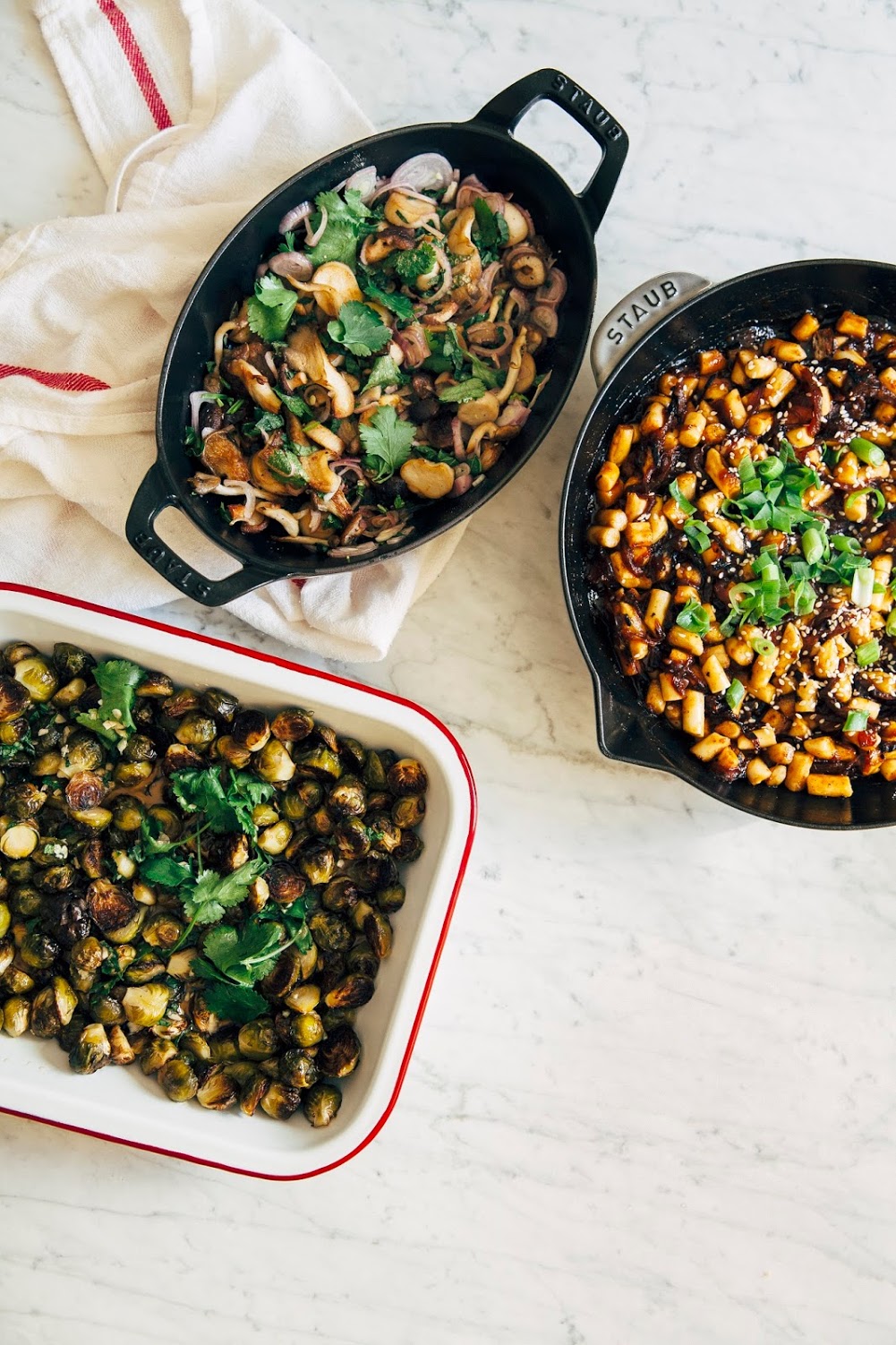 Hey hey! Did everybody have a good Thanksgiving? I certainly did!!! I’m feeling about 10 pounds heavier than I was on Wednesday since I’ve pretty much been the remnants of our Thanksgiving meal these last few days.

Erlend flew in from New York and we had a quiet celebration with just the two of us. Since he’s been incredibly busy with grad school and all, I took charge of the menu planning. Since neither of us are big fans of turkey, our tradition for the last few years has been to roast a duck instead. I kept that the same, and even used the same awesome roasted beer duck recipe from last year: 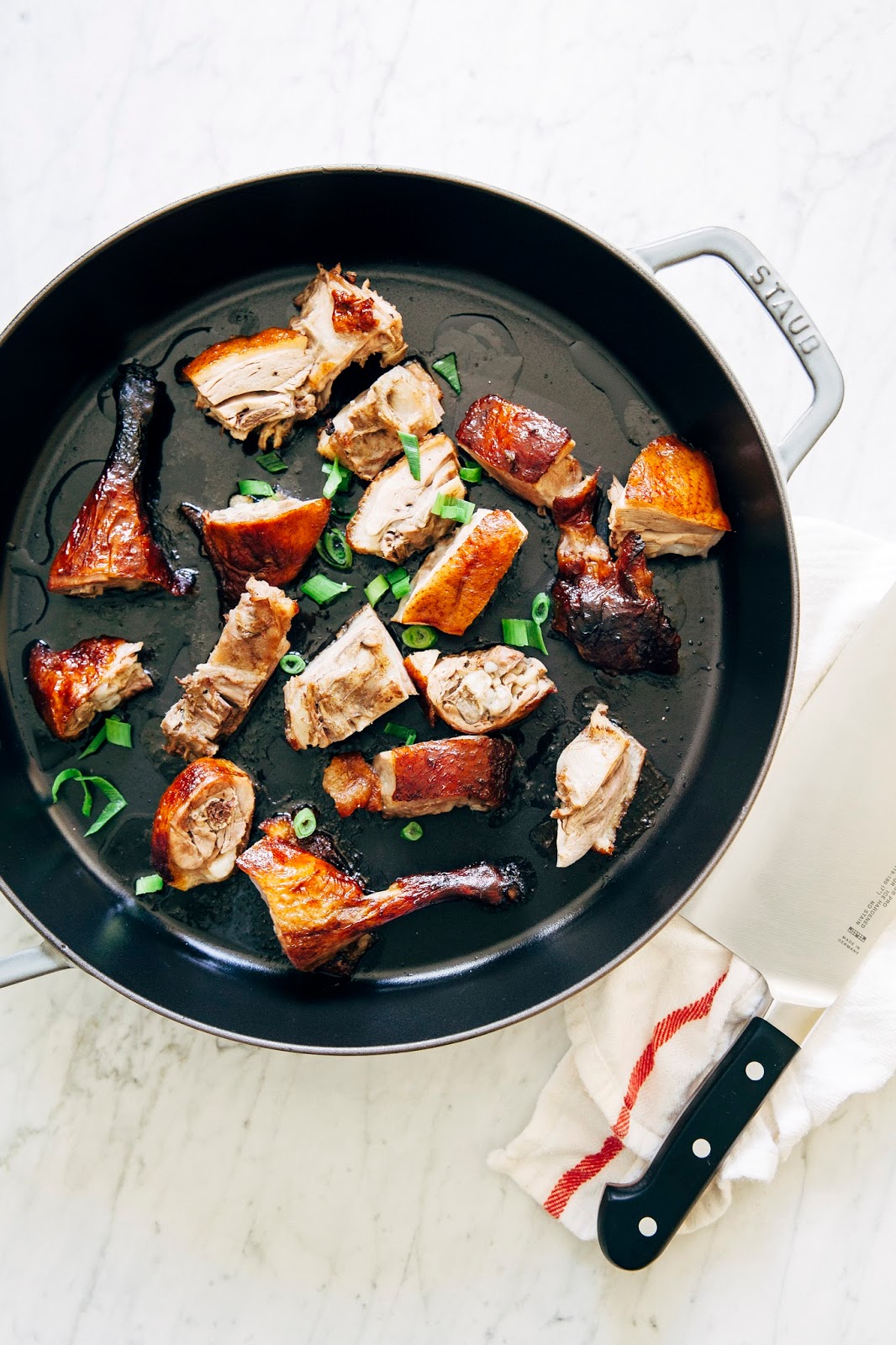 Which, by the way, if you haven’t checked out Mandy’s blog, drop everything and go now. It’s awesome and if I had her skills in the kitchen, I’d probably be HUGE. True story.

Last year I decided on an Asian theme and accompanied the duck with butternut squash and water spinach stirfries from the Pok Pok cookbook, all of which was such a big success that I decided to stick with it. So… mostly Asian style veggies.

For vegetables, we had two options. The first was the mushroom salad from the Pok Pok cookbook: 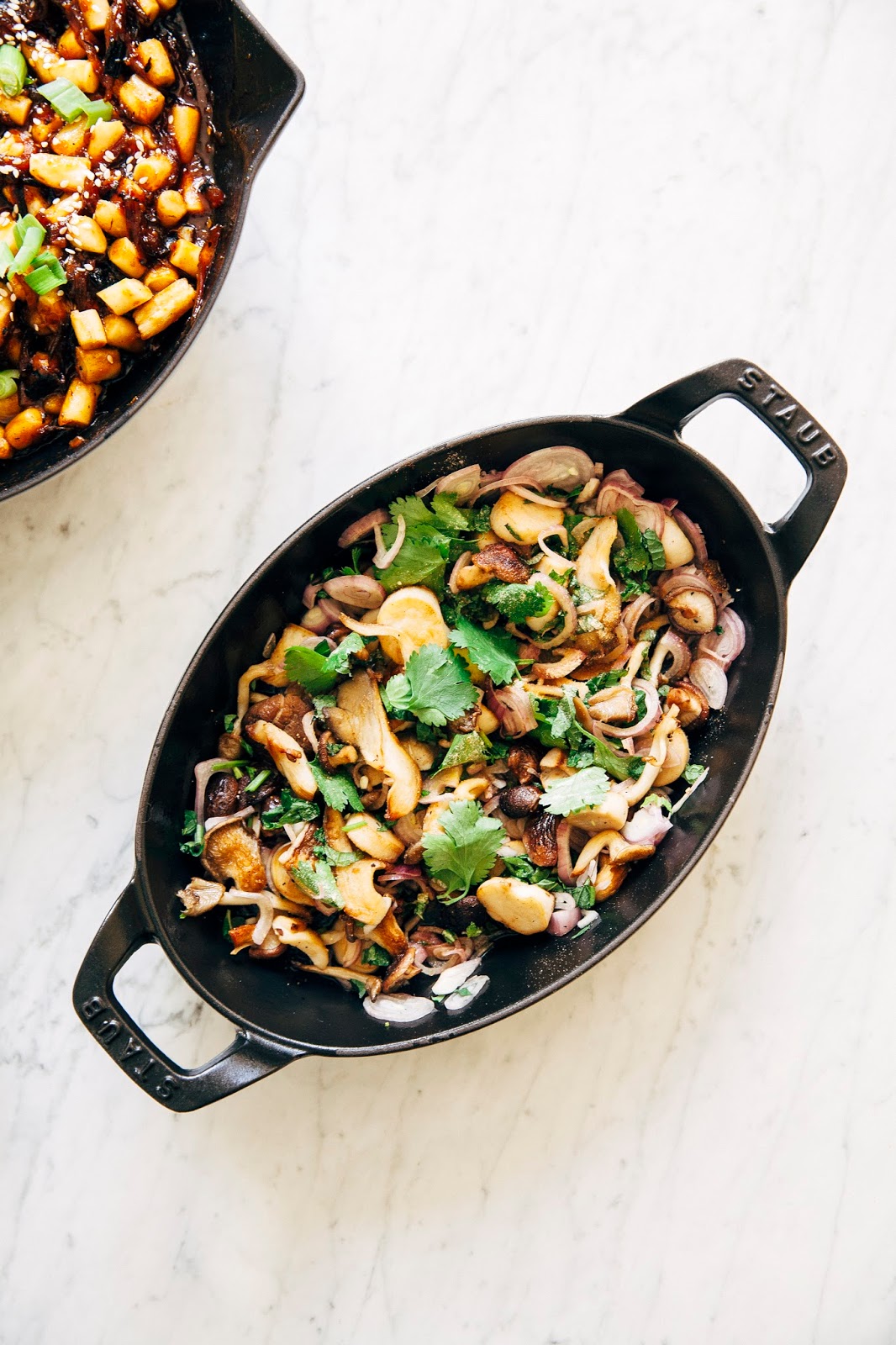 One of the things I miss most about Portland was living a few blocks away from the original Pok Pok restaurant. Before things got too crazy and it became a hot destination with three hour waits, I used to go on an almost weekly basis. I’d almost always order the same thing — the Vietnamese fish sauce wings, the Cha Ca La Vong catfish noodles, and the forest mushroom salad.

The forest mushroom salad is based on the traditional recipe for Vietnamese flank steak salad, but made vegetarian with the use of hearty mushrooms and soy sauce. It’s wonderfully umami, but incredibly refreshing because of the generous amount of freshly squeezed citrus juice, shallots, and herbs like cilantro and mint.

Our second veggie side was a little heartier and used vegetables more traditionally associated with Thanksgiving — roasted brussels sprouts! 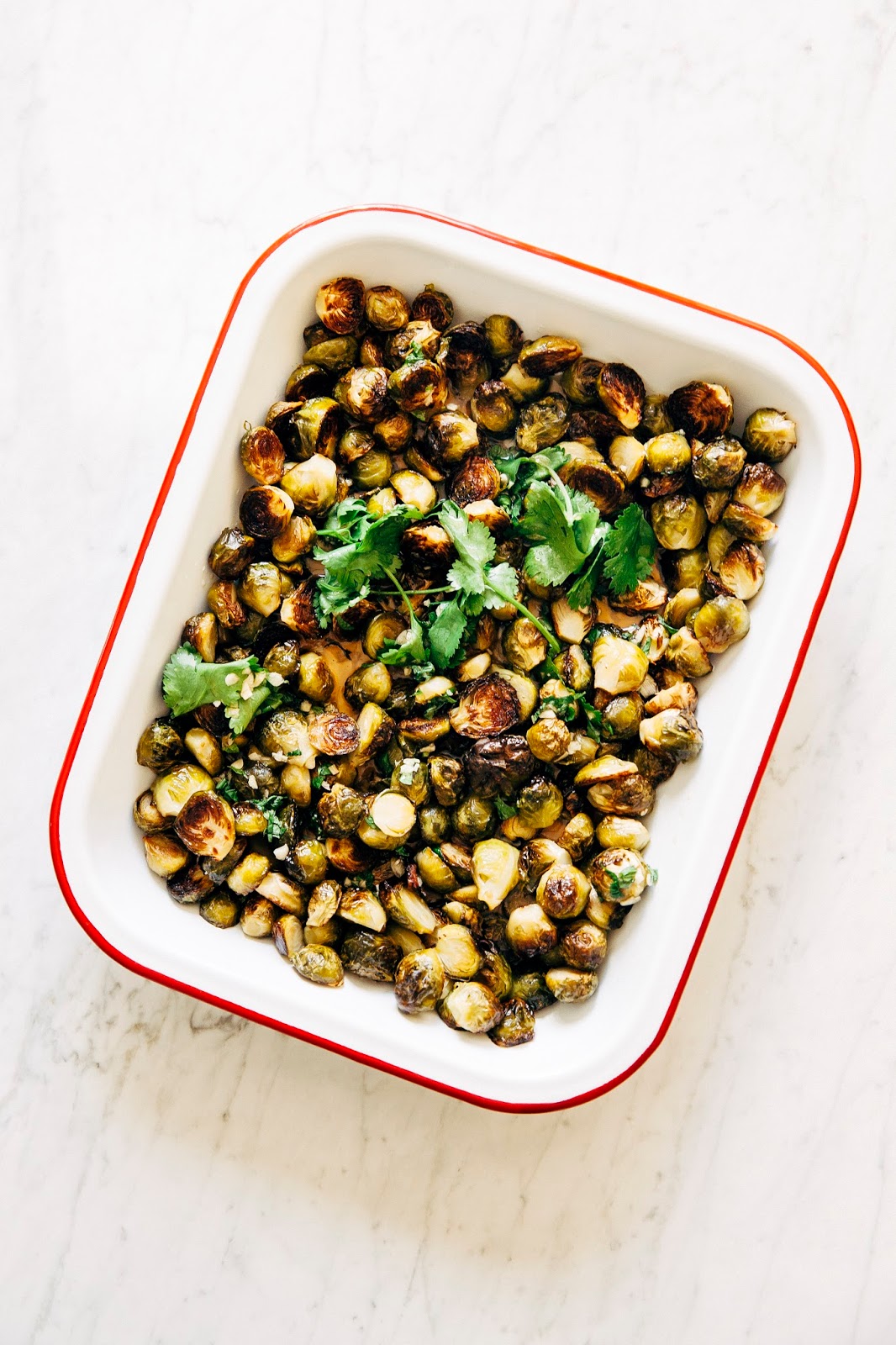 But of course, seeing as this is Asian Thanksgiving, these weren’t just any plain old brussels sprouts — they’re made using the famous Momofuku recipe, which also tosses them in a garlic and herb laced vinaigrette. If you’re ever need to convince a brussels sprouts hater otherwise, I suggest trying this recipe. First, you roast sweet brussels sprouts until they’re wonderfully crisp and hearty. Then you drench the entire thing in the most perfect vinaigrette that’s the perfect combination of sweet, salty, and sour. It’s awesome. I promise.

And finally, no Thanksgiving meal is complete without carbs. This year’s carb, also from the Momofuku cookbook, was a Korean recipe for roasted rice cakes: 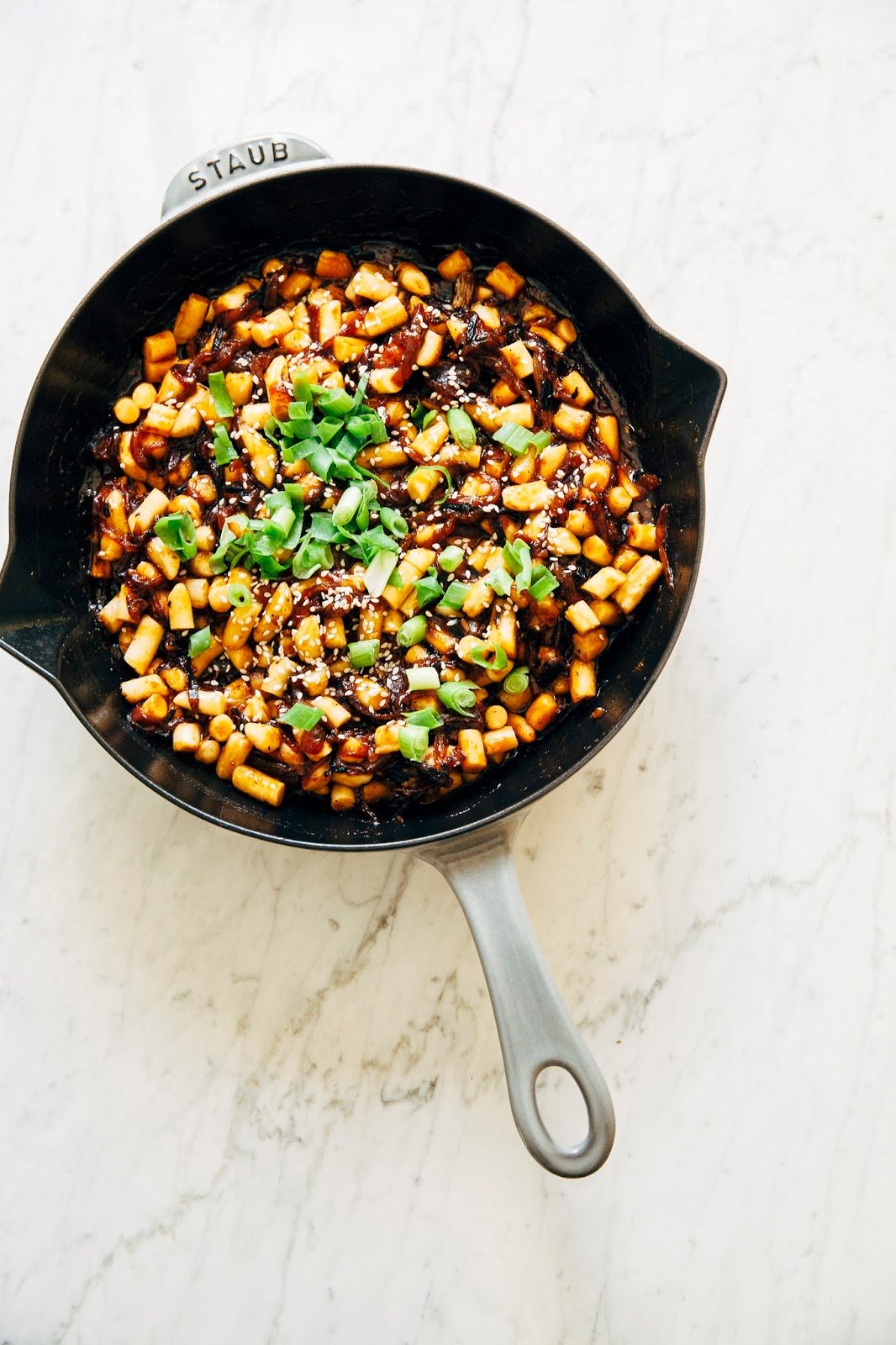 If you’re scratching your head right now and wondering what a rice cake is, I’m willing to make a bet that you’ve actually had one before. If you’ve had Japanese mochi, you’ve basically had a Korean rice cake — they’re the same thing and made the same way (that is, by beating rice until it becomes crazy sticky, thick, and glutinous). They’re a crazy fun and incredibly chewy texture, and this particular recipe fries them to get them crispy on the outside, as well as tossing them in a delicious “Korean Red Dragon” sauce reminiscent of that used in General Tso’s or sweet and sour dishes. 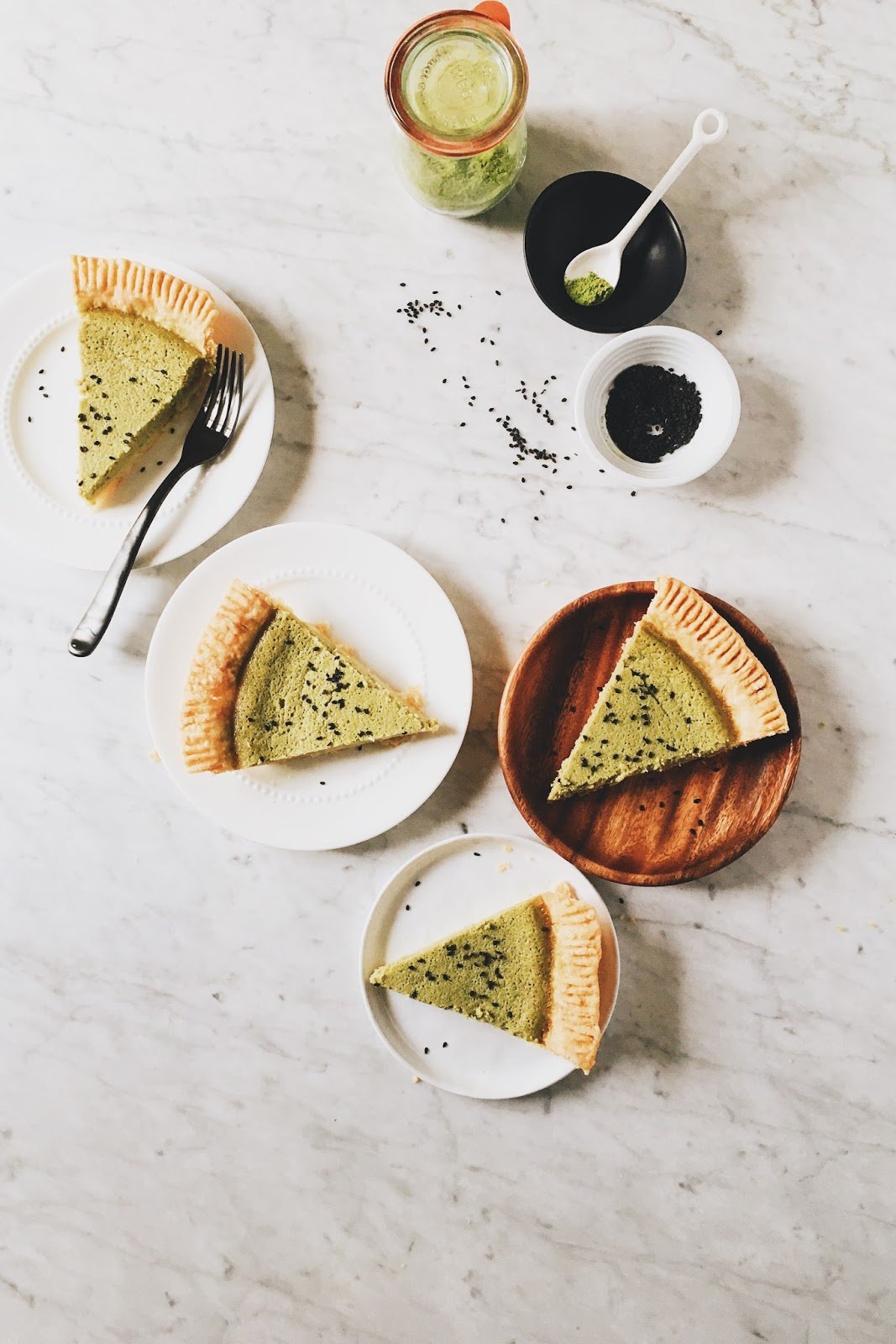 So… I had two terrible, TERRIBLE dessert fails and we ended up with NO DESSERT. On Thanksgiving! And to think that I’m a freaking desserts blogger! For shame, for shame.

But long story short is that work this past week was terrible and I decided to forgo the matcha buttermilk pie I’d been testing and instead make pots de creme, which is a dessert that comes together quickly, and keeps fairly well so that you can make ahead of time. But, seeing as this was Asian-style Thanksgiving, I’d decided to use homemade black sesame sugar (which I’ve used in this recipe for sugar cookies and this recipe for buttermilk rolls). The black sesame separated from the sugar and sunk to the bottom of the cream, leaving a nasty grit at the bottom of each pot. I then tried to make some last minute emergency chocolate chip cookies, but in my panic to provide dessert, accidentally used a 1/3 cup measure instead of a 1/4 cup measure and ended up with way too much sugar in the dough. The cookies ended up being too sweet, crisp, and just not good at all. Sigh. If only I’d remember to read Molly’s guide to fixing failed desserts beforehand.

Anyway, I’ll stop blathering and leave you guys with the recipes (except for Mandy’s duck, which you should get from her blog because it has awesome process shots). Happy Thanksgiving!!!

Big thanks to Staub and Zwilling for sponsoring my Thanksgiving by providing me with all the awesome cookware! Seriously, guys — both Staub pans and Zwilling knives have changed my life in the kitchen. I can’t even begin to describe how awesome their products are. For real. As always, all thoughts and opinions are my own. Thank you for supporting Hummingbird High and all my sponsors! 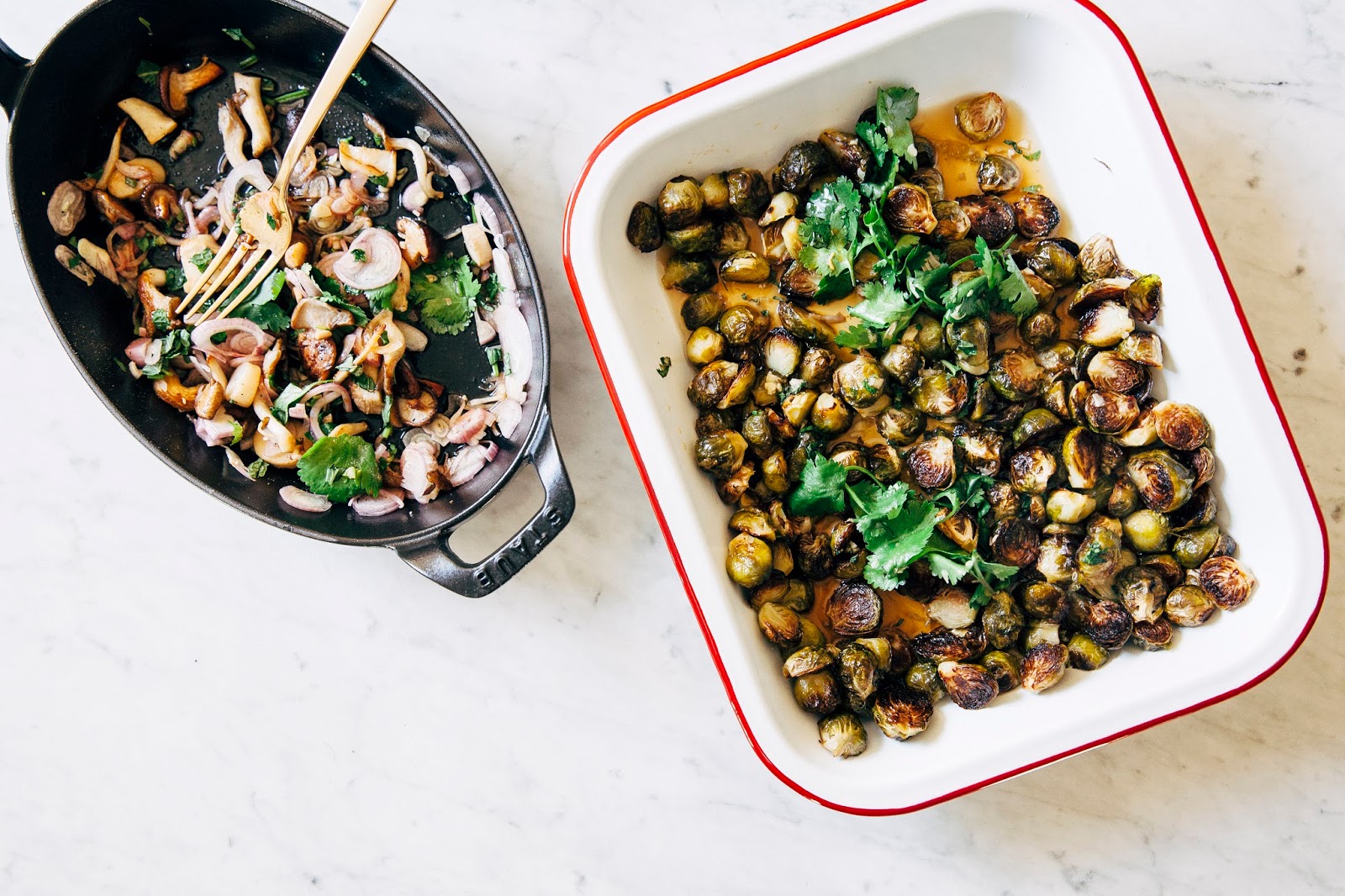 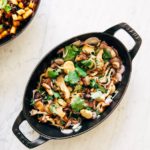 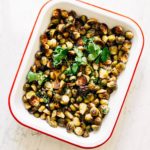 For the Brussels Sprouts

For the Fish Sauce Vinaigrette

For the Brussels Sprouts

For the Fish Sauce Vinaigrette 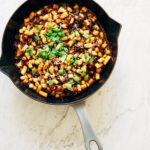 For the Roasted Onions

For the Korean Red Dragon Sauce

For the Roasted Rice Cakes

For the Roasted Onions

For the Korean Red Dragon Sauce

For the Roasted Rice Cakes 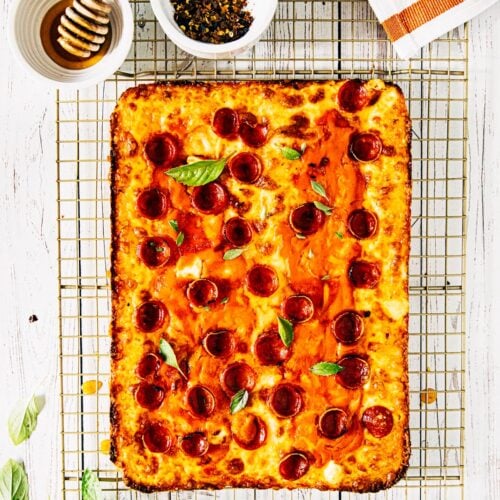