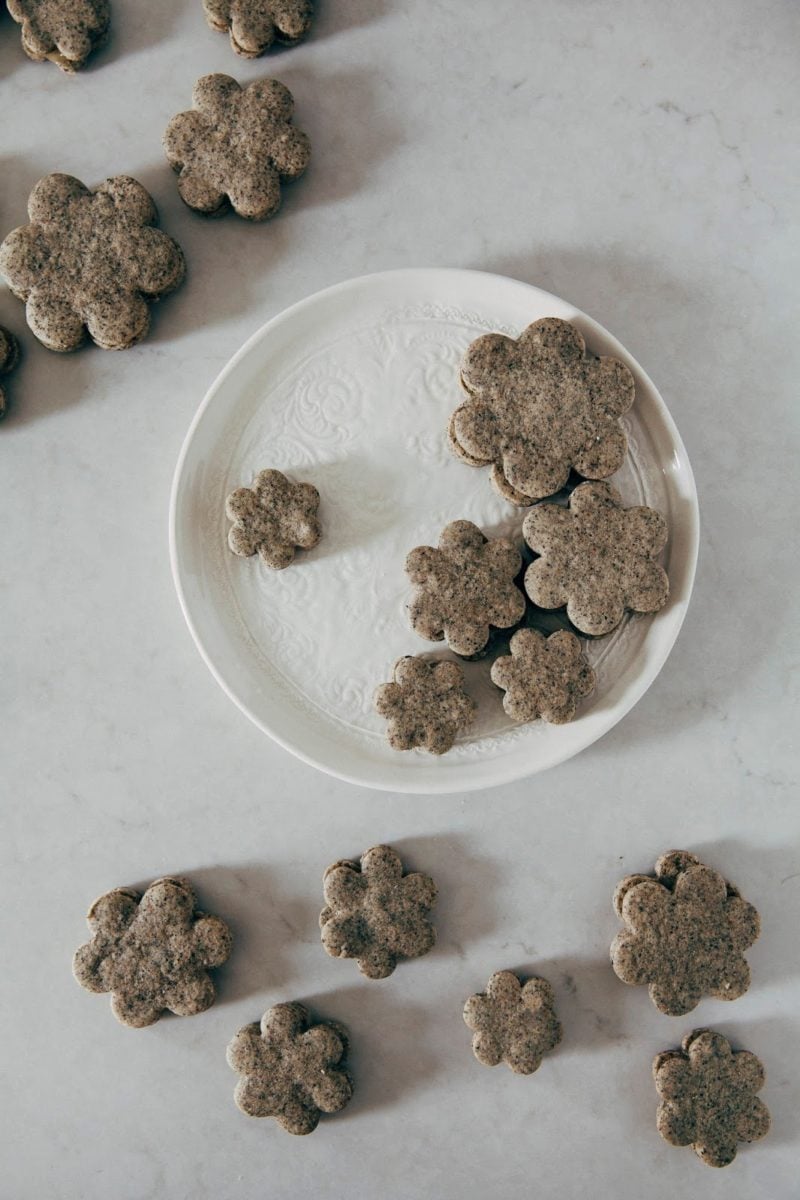 A few weekends ago, Erlend and I headed over to the Inner Richmond neighborhood to pick up his surprise Princess Cake for my birthday and to do some grocery shopping in the hood’s cheap Asian supermarkets. Wandering down Clement Street is a treat in itself — the avenue is lined with dim sum shops full of […] 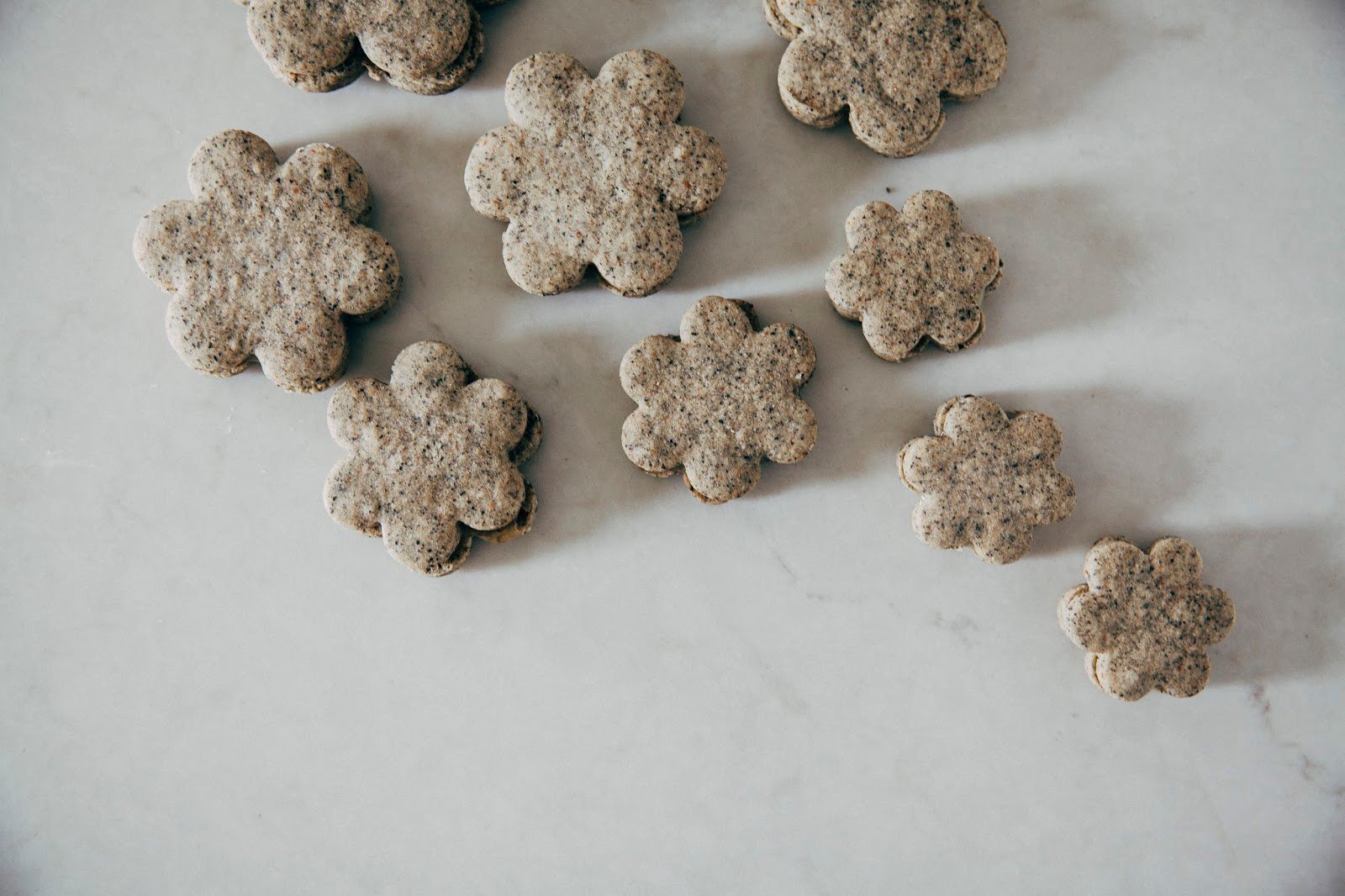 A few weekends ago, Erlend and I headed over to the Inner Richmond neighborhood to pick up his surprise Princess Cake for my birthday and to do some grocery shopping in the hood’s cheap Asian supermarkets. Wandering down Clement Street is a treat in itself — the avenue is lined with dim sum shops full of shelves containing fresh hand-pulled noodles and sesame balls, as well as Chinese rotisseries proudly displaying Peking duck and slabs of golden, roasted pork.

On a whim, we wandered into a nondescript store that advertised xiao long bao soup dumplings and nothing more. Inside was a whole display case offering not only every type of dumpling imaginable (soup or otherwise!), but also a multitude of buns. Steamed pork, lotus paste, or egg yolk buns — there they all were, gleaming at us invitingly. In my excitement, I ordered my default: xiao long bao soup dumplings and a red bean-filled sesame ball. Erlend, always the more patient of us two, took his time to consider all the options available and walked away with zhir ma bao, a steamed bun filled with black sesame paste.

I’ve always considered myself pretty well-versed in Chinese food (since Chinese cuisine in general tends to be my favorite food), but I’d never had anything like the black sesame paste bun before. The black sesame paste inside almost had the texture and taste of Middle Eastern halva, but made with Chinese black sesame seeds instead of the white ones used for tahini. One bite and I was obsessed —I had forgotten how good black sesame dessert could be! Despite the fact that we’d finished our shopping, I made Erlend go back to the store with me so I could pick up a giant bag of black sesame seeds to play with: 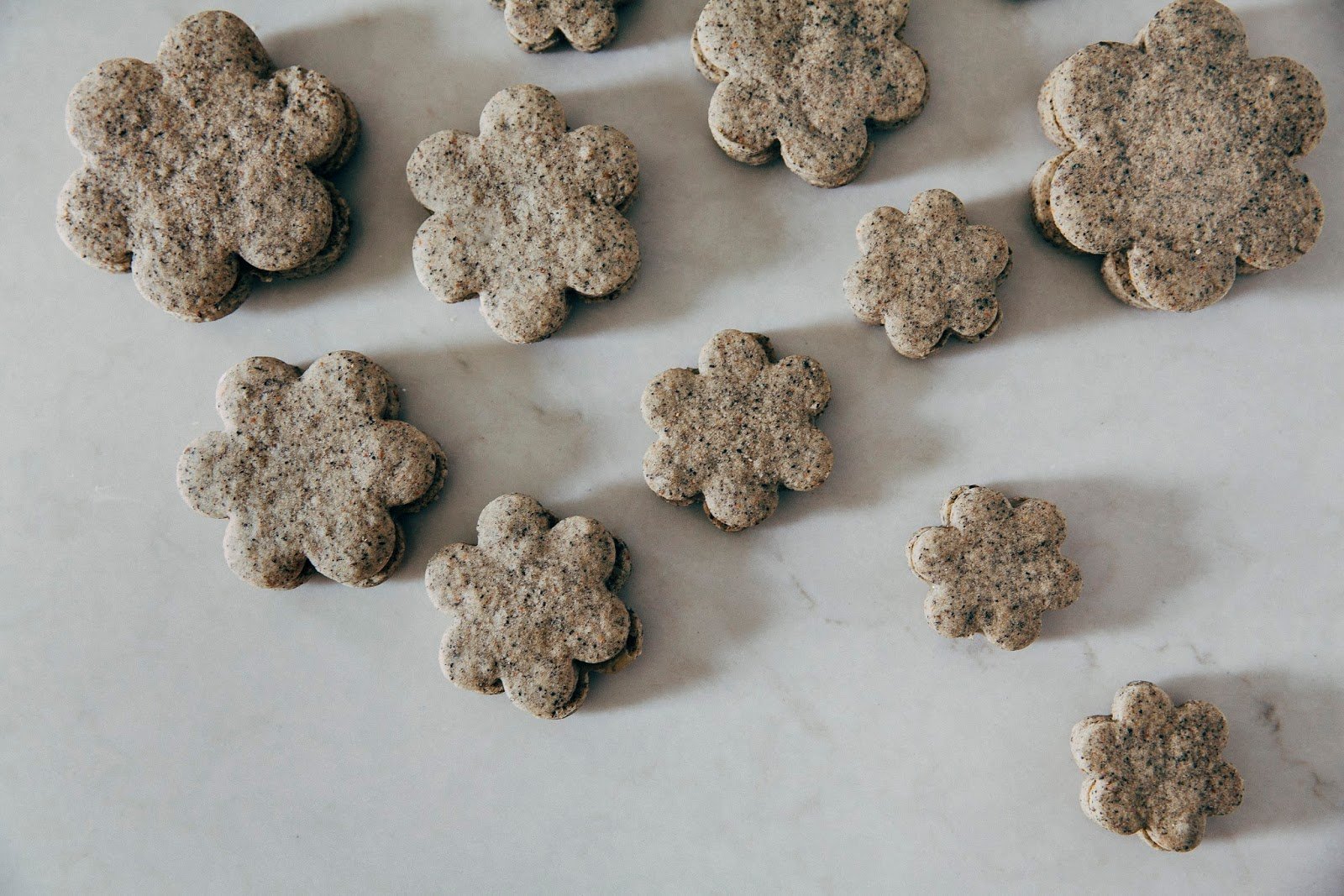 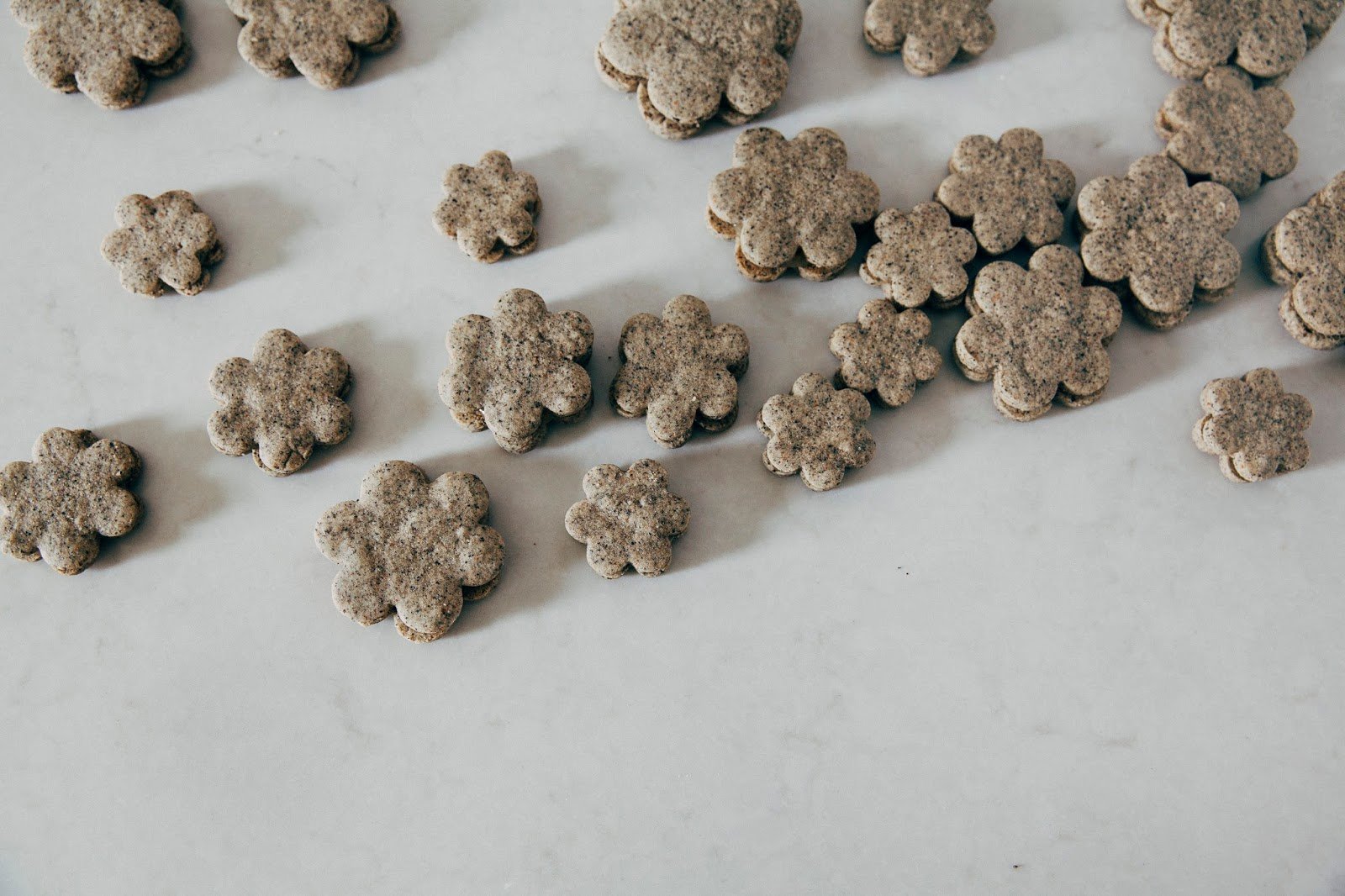 I’ve made black sesame desserts before (most notably, these black sesame buttermilk rolls with goat milk glaze), but it’s easy to forget about the ingredient as it’s always being overshadowed by matcha, the dessert ingredient du jour. This time, I ended up making black sesame sugar cookies instead of steamed buns, mostly because I left my bamboo steamer back in Portland and, truth be told, my bun folding and rolling skills could use some work.

The cookies themselves, however, are an homage to the buns we discovered that morning — unapologetically black sesame flavored, with nothing else to hide the unique toasty, woody flavor of black sesame. Although I loved the cookies on their own, I decided to brighten them up with a little dollop of fresh, homemade lemon curd: 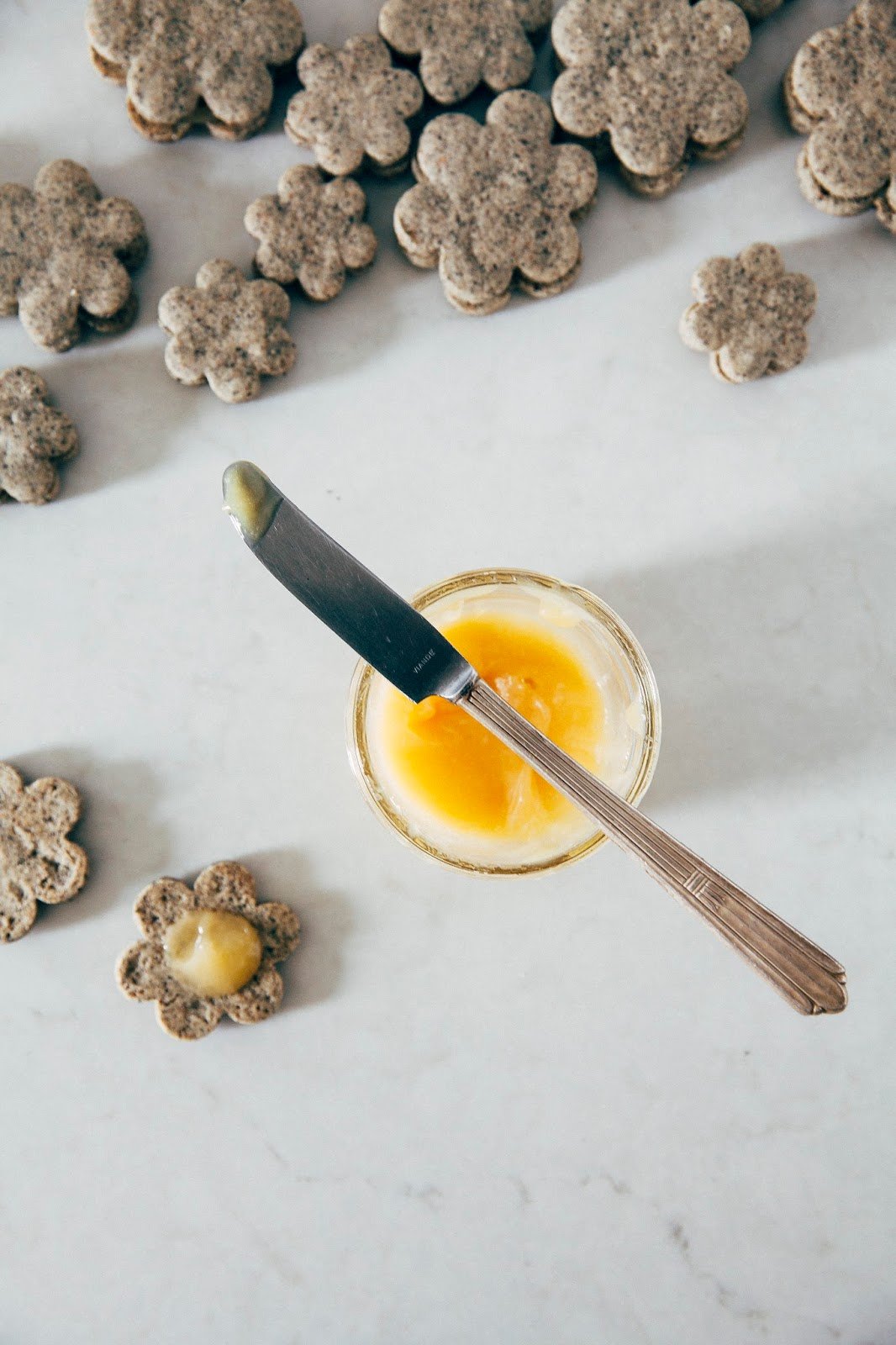 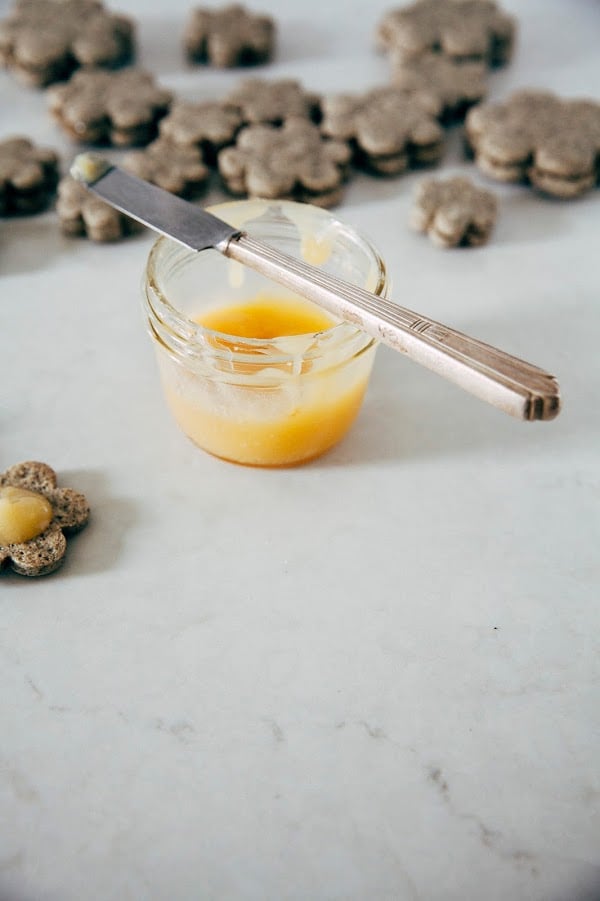 The two are an odd flavor combination at first, but you’ll soon find that the tart sweetness of the lemon is actually a brilliant companion to the heavy black sesame.

And don’t worry! As for those zhir ma bao buns that I talked about with such wonder, I’m working on a recipe, I swear. But let’s eat these cookies first. 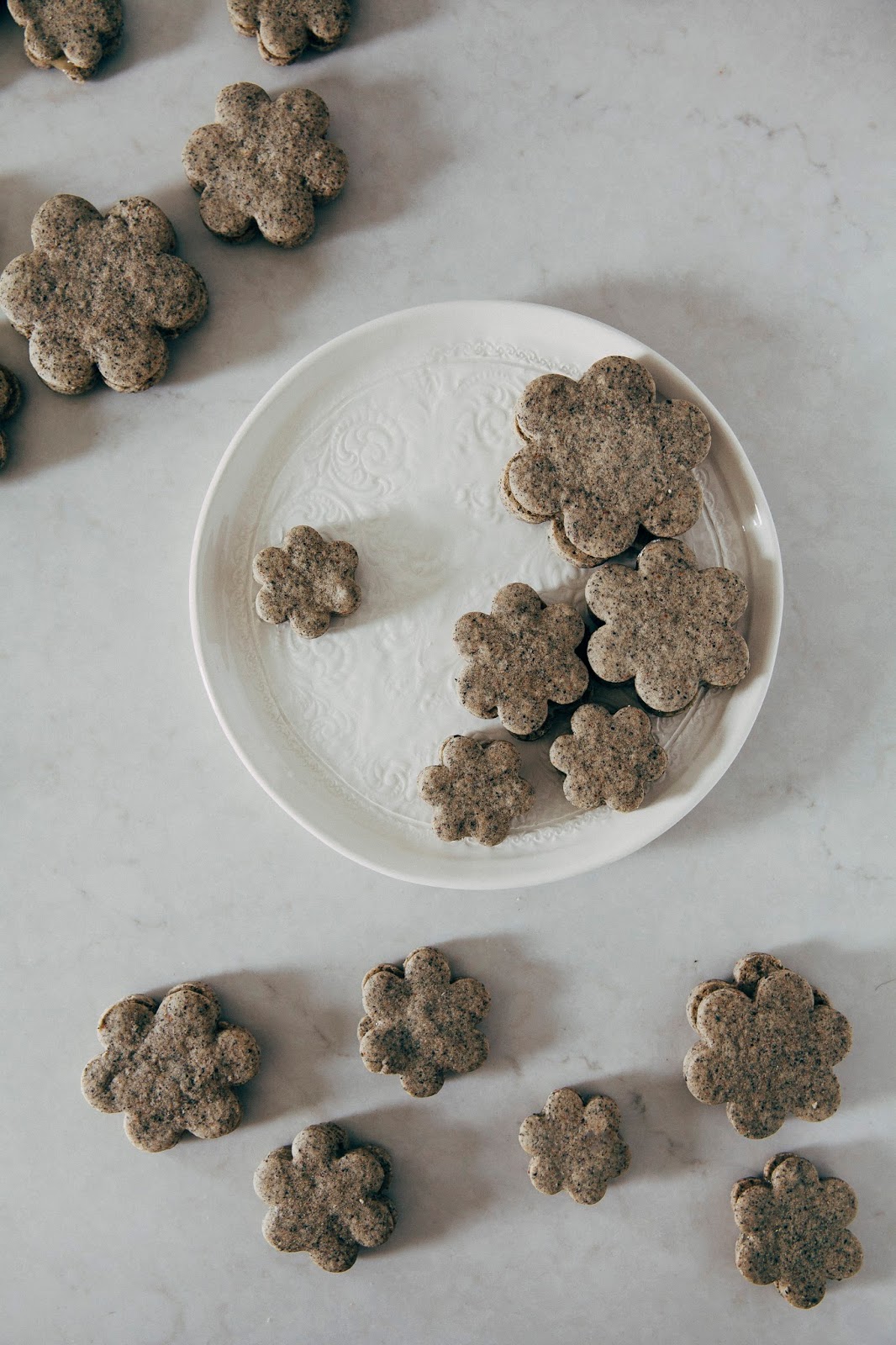 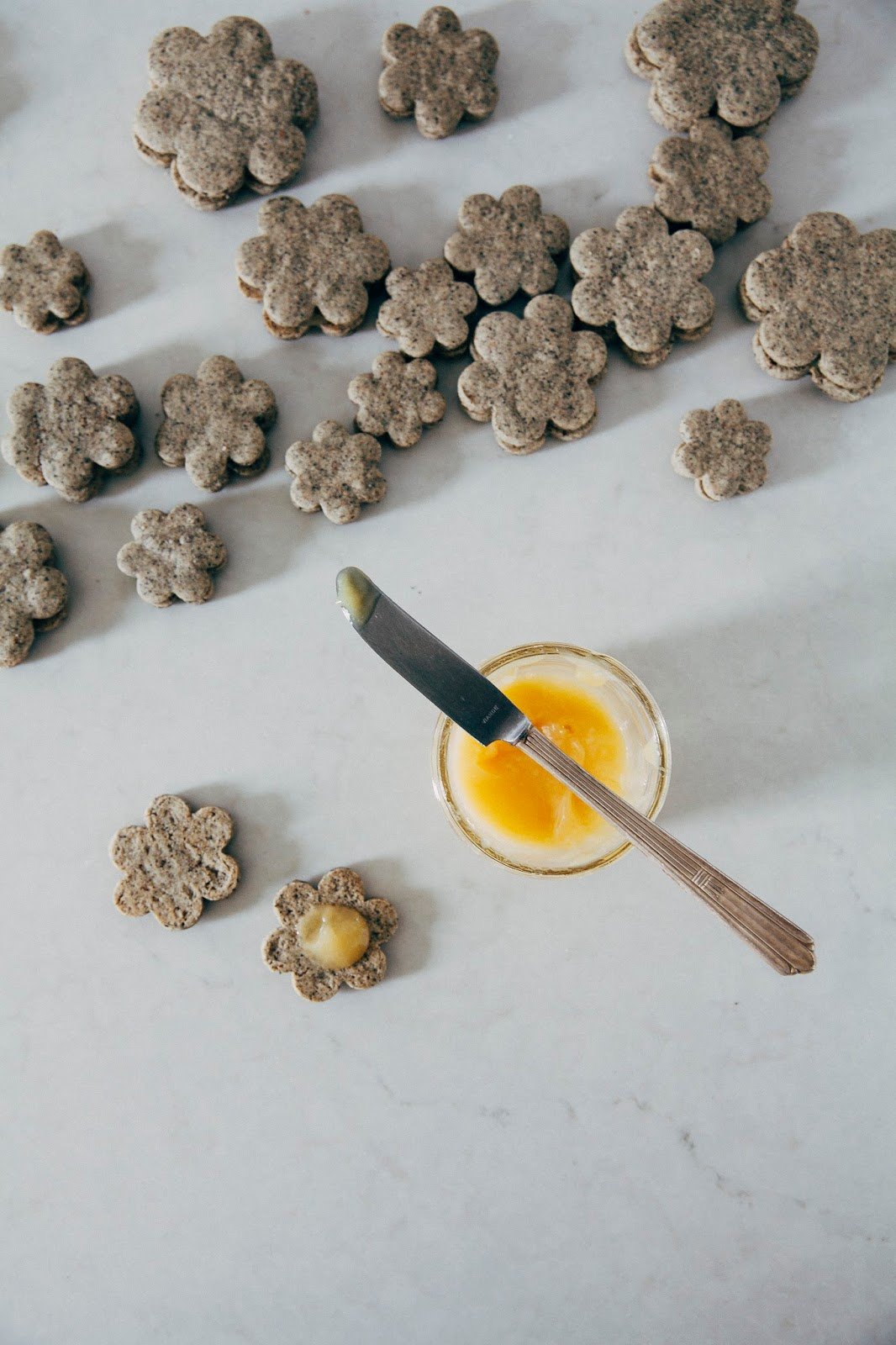 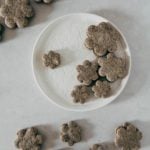 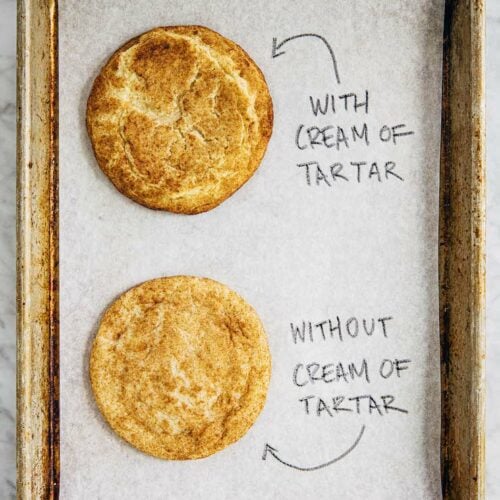 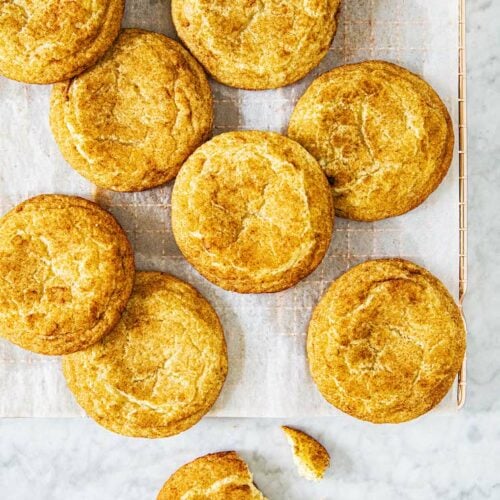 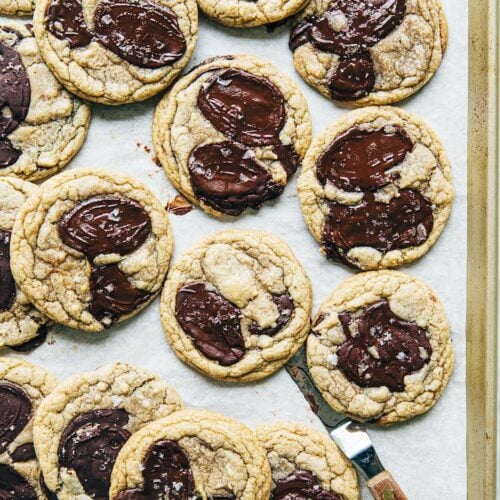