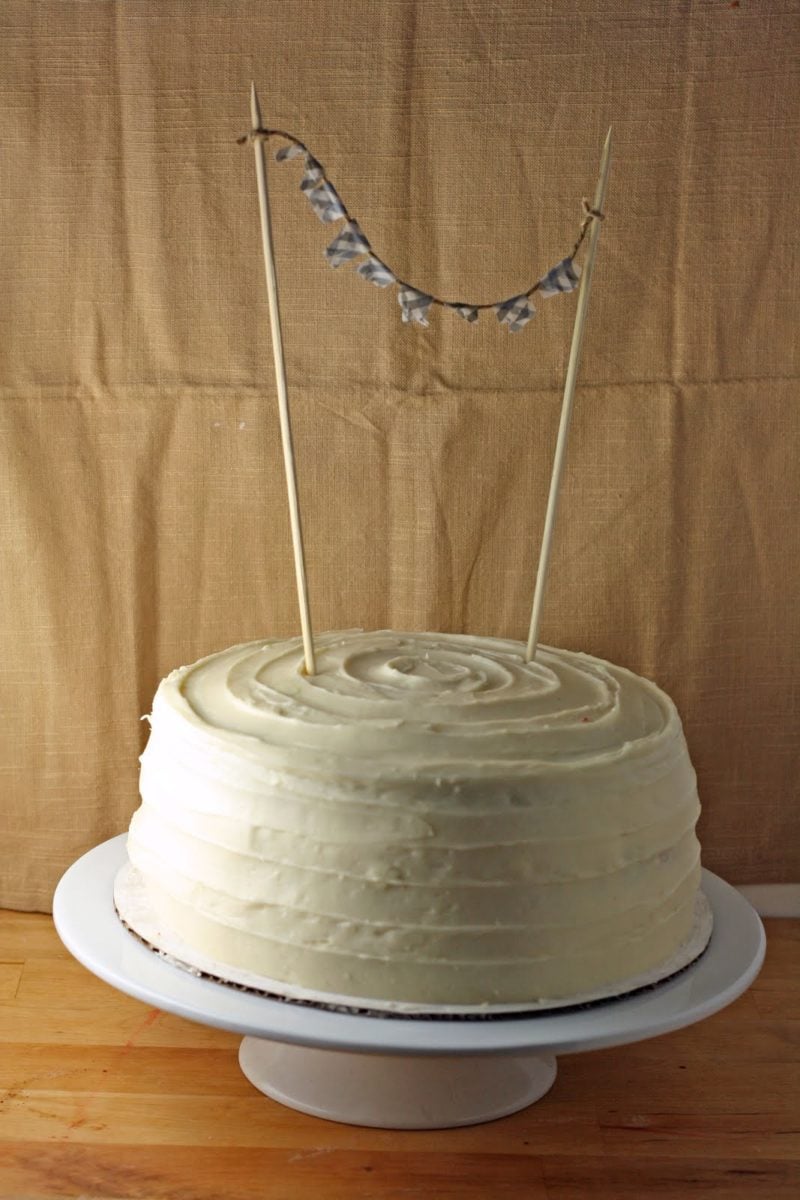 This past weekend, I accepted a challenge. The task at hand? Bake two cakes for my coworker’s baby shower.   PANIC.   Okay, to be fair, I was asked to bake one cake. Red velvet, specifically. The second cake was because I wanted to show off. There, I said it. Well, kinda… okay, […] 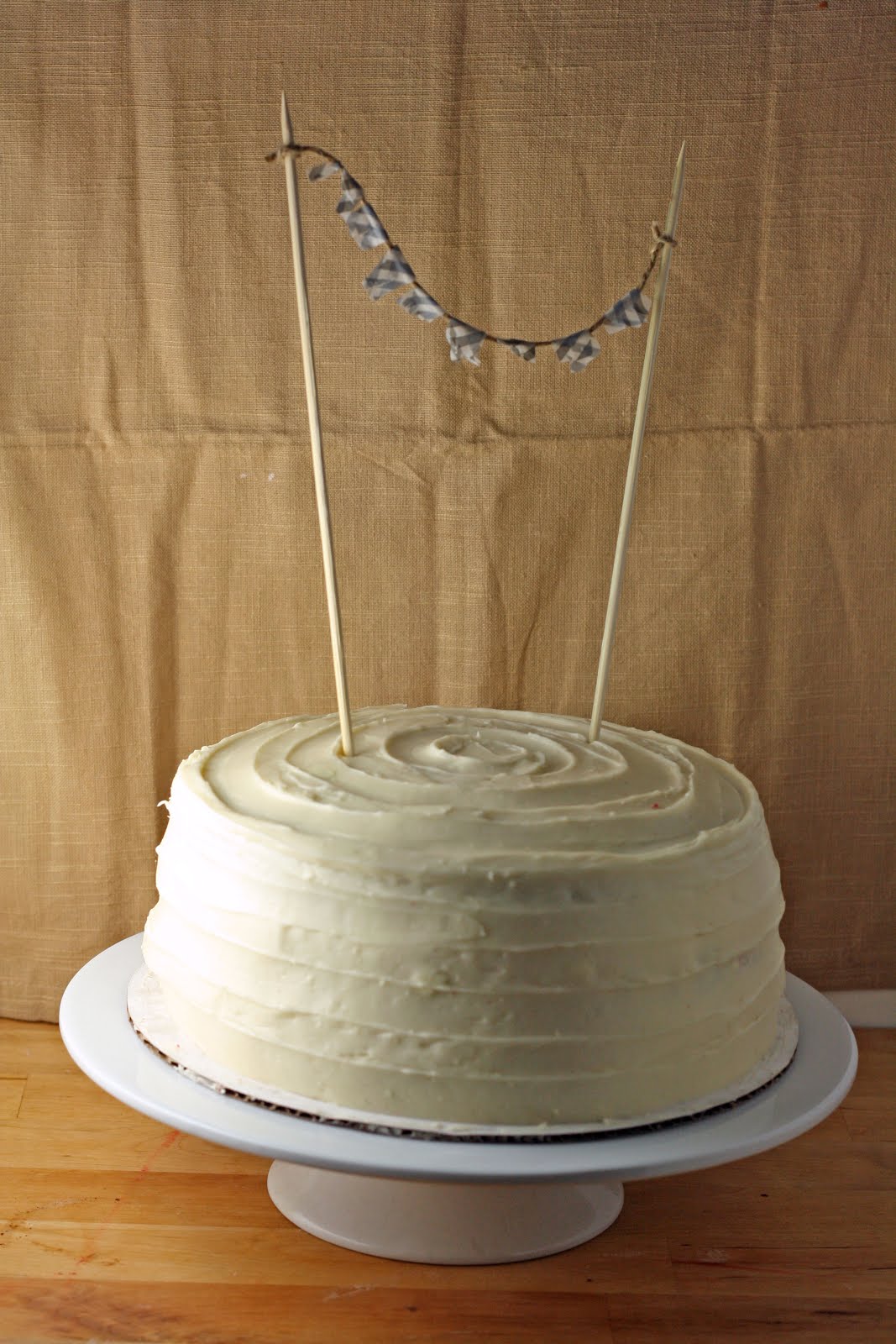 This past weekend, I accepted a challenge. The task at hand? Bake two cakes for my coworker’s baby shower.
PANIC.
Okay, to be fair, I was asked to bake one cake. Red velvet, specifically. The second cake was because I wanted to show off. There, I said it. Well, kinda… okay, not really. Okay, so I chose to bake two cakes because I had something a little bit specific in mind. And it wasn’t red velvet.
When my coworker first asked me to bake a cake, I agreed enthusiastically. Great! After all, I had recently gone through some sort of bizarre, completely unrestrained, mad shopping spree where I bought absolutely every cookbook I had been coveting for the last few months (with the exception of Mastering the Art of Chinese Cooking, for some reason). In a matter of days and quite a few Amazon boxes later, my bookshelf was filled with new cookbooks from famous bloggers and local restauranteurs. I couldn’t wait to try out a cake recipe from one of my new books! And of course, that’s when I tuned back into the conversation and realized that my coworker had requested a red velvet cake.
Damn. Red velvet?! Flipping through my new cookbooks, I realized that not a single one of them had a red velvet recipe! What the hell? So it was back to the foodgawker drawing board for me. Flipping through the extensive archive of red velvet recipes, I realized that most of them had the same few distinctions: some were made with butter, others made with oil. Some cakes were purely flavored with cocoa powder, others had strongly brewed coffee added for flavor.
The additional coffee was a bit intriguing to me. Now, here’s a dirty little secret: I’m not the world’s biggest fan of red velvet cake. Often times when I’ve made it in the past, it’s been too… well, bland? Is that the right word for it? Not really a whole lot of flavor, if you get what I mean. Not enough vanilla to be vanilla, not enough cocoa powder to be chocolate. In fact, the only red velvet cake I actually enjoyed was from this now-closed BBQ place in New York. Sad. But I digress. So is coffee the key ingredient that my red velvet cakes had been missing all along?!
So I wanted to try a cake with coffee in it, I really did… but I couldn’t do it. This was for my coworkers after all. Our guest of honor had specifically requested a red velvet cake — what if the coffee deviated too much from what she requested?
And that’s when I remembered I had a jar of espresso powder  in my cupboard from a previous recipe for chocolate crinkles. The jar promised that espresso powder was “chocolate’s best friend”, and that it did nothing but enhance the chocolate’s flavor without adding any of its own.
Interresting. Could this, and not a cup of coffee, be the missing piece that would fix everything? Without questioning any further, I rolled up my sleeves and threw in a 1/2 teaspoon, figuring that such a small amount wouldn’t affect the cake too much.
And it was a good call. 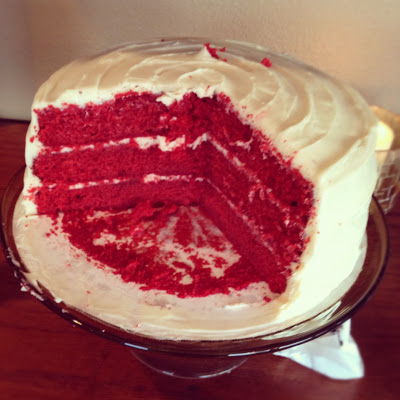 My coworkers LOVED the cake, with many of them asking for the recipe and claiming that it was the moistest red velvet cake they’d ever had. The guest of honor especially loved it, explaining that she’d been trying to make red velvet cake on her own for some time now, but to no avail. How did I get the cake to be such a vibrant red color? How did it taste so moist, yet remain so fluffy? How is it so chocolatey. What was my secret?
And here it is, the top 3 secrets to an epic red velvet cake:
And there you have it. The three steps to making an epically delicious red velvet cake, minus a $350 bill from the Waldorf-Astoria. And without further ado, I present to you the recipe: 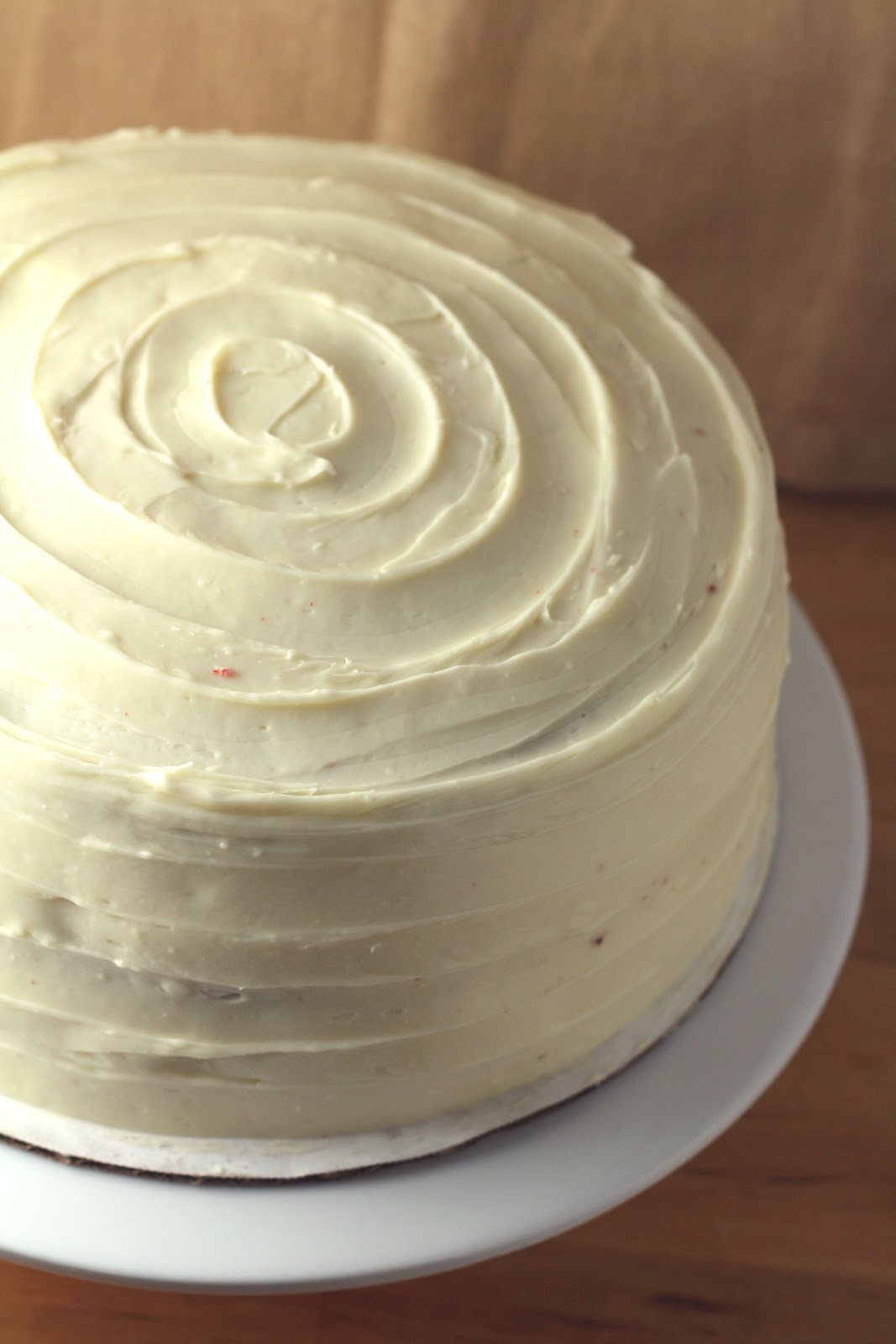 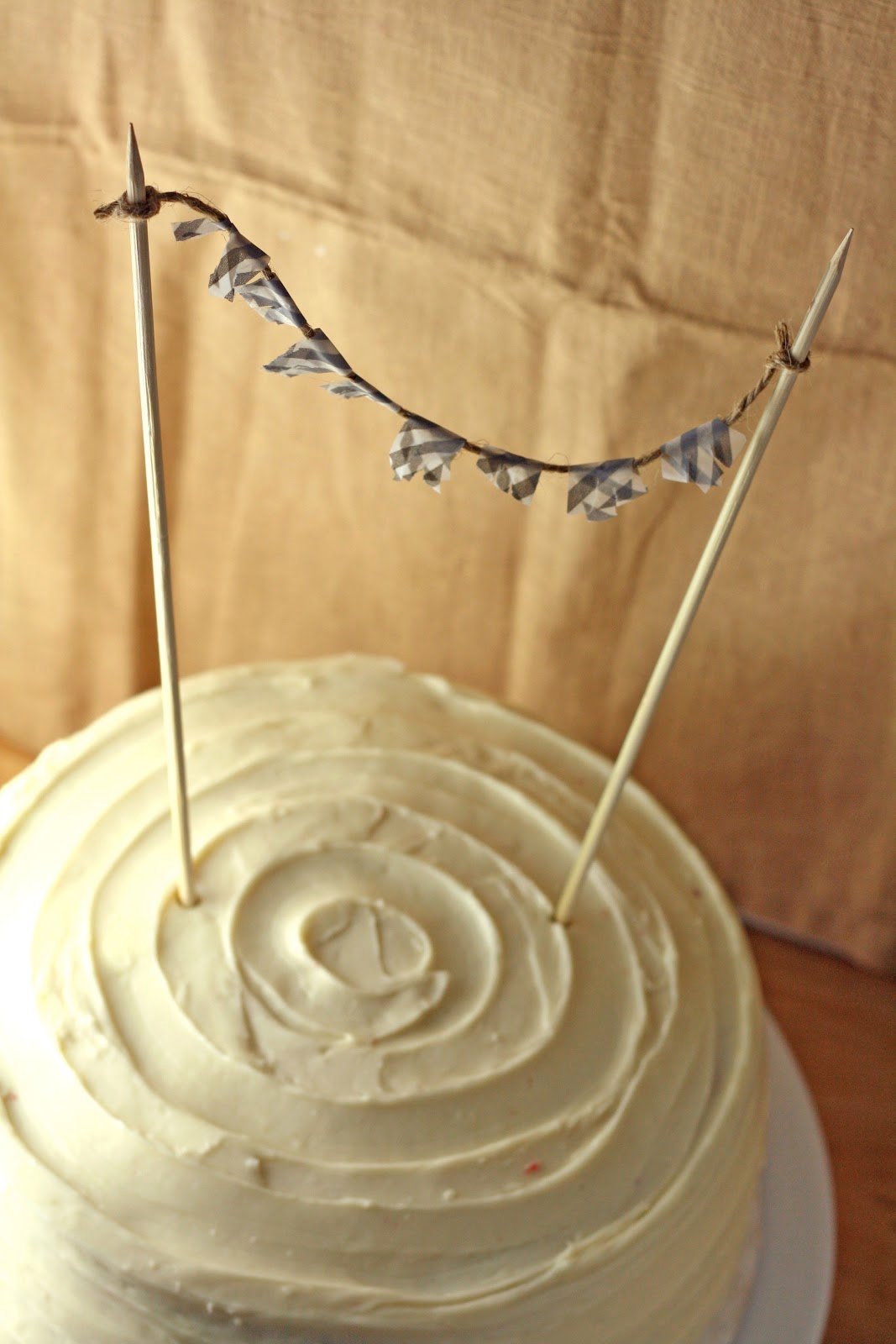 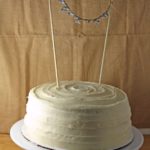 For the Red Velvet Cake:

For the Red Velvet Cake