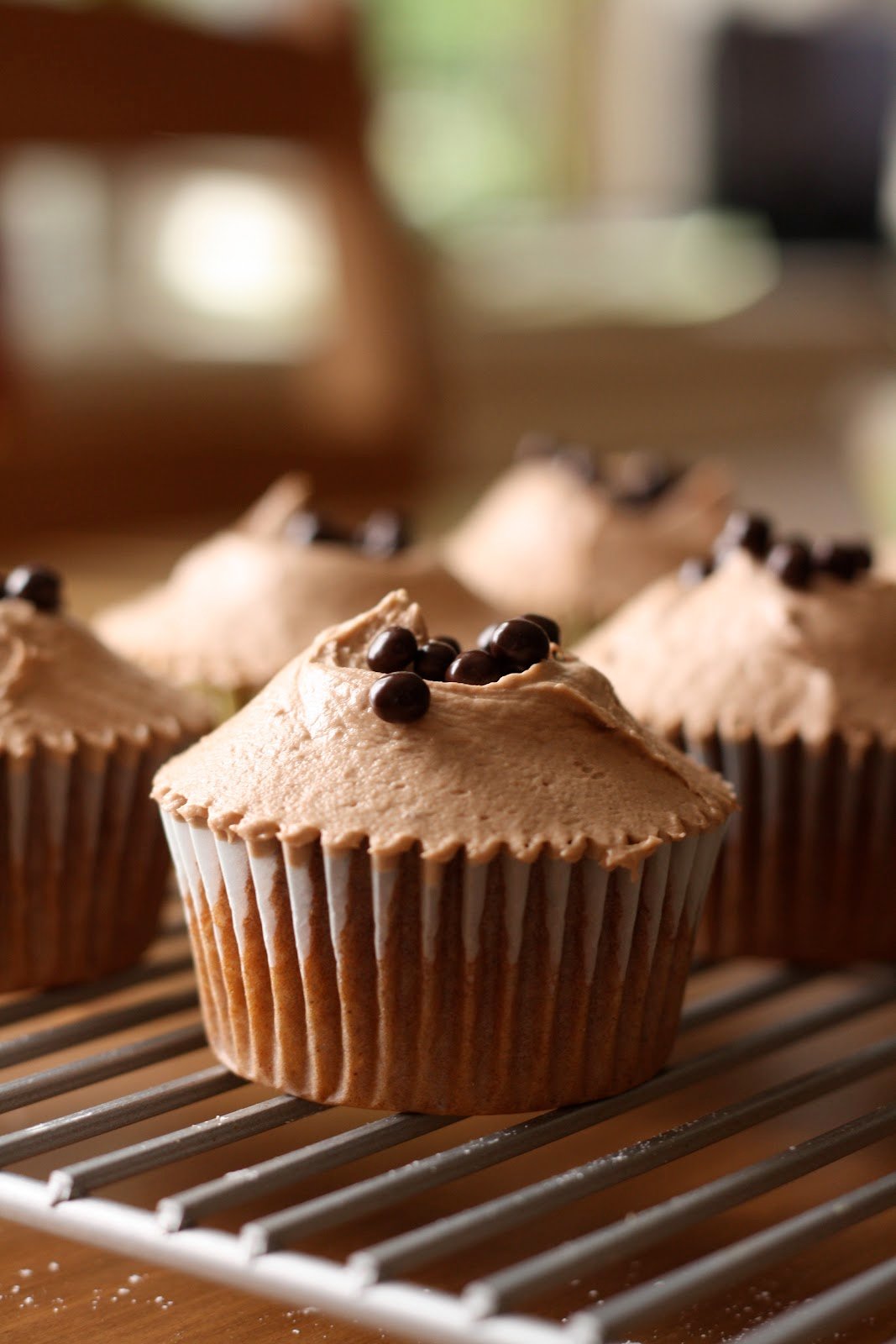 The next recipe up in the Hummingbird Bakery Cookbook is one for chocolate hazelnut cupcakes. As I’ve mentioned before, I’m not actually the world’s biggest fan of chocolate cake — blasphemous, I know. But chocolate hazelnut is a combination I can get behind. I mean, who doesn’t love Nutella? I know I do. Now I’ve […] 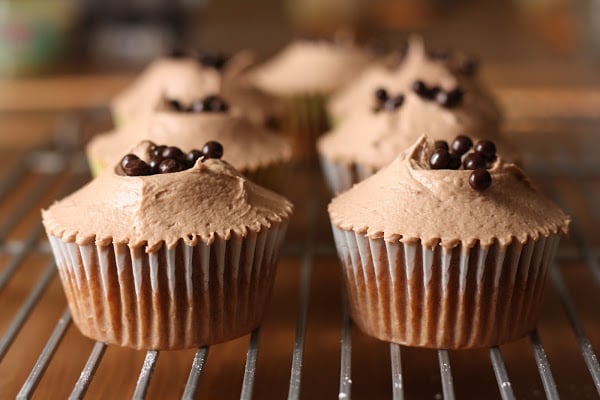 The next recipe up in the Hummingbird Bakery Cookbook is one for chocolate hazelnut cupcakes. As I’ve mentioned before, I’m not actually the world’s biggest fan of chocolate cake — blasphemous, I know. But chocolate hazelnut is a combination I can get behind. I mean, who doesn’t love Nutella? I know I do.

Now I’ve never actually made this Hummingbird recipe at sea-level either (don’t let the picture above fool you — those are just a sneak preview of what’s to come), but adapting it shouldn’t be too difficult. The chocolate hazelnut cupcake’s cake base is practically the exact same recipe as the Hummingbird Bakery Cookbook’s recipe for plain old chocolate cupcakes. The only difference is that the chocolate hazelnut recipe instructs you to hollow out a part of the cake to add a dollop of chocolate hazelnut spread (like Nutella!). In that case, since I’ve already got the appropriate adjustments down, I don’t need to undergo an arduous process of trial and error.

So my big concerns regarding this recipe weren’t actually related to adapting the recipe for high-altitude. Instead, it was…

WHAT CHOCOLATE HAZELNUT SPREAD SHOULD I USE?!

Nutella is, of course, the obvious choice. The Hummingbird Bakery Cookbook even calls Nutella out by name, which is surprising since cookbooks are almost always loathe to recommend specific products.

But one of my proudest discoveries in Denver is Justin’s Nut Butter, a local brand of nut butters that I am OBSESSED with. Seriously, my old coworkers used to shoot me weird looks because I used to keep a giant jar of Justin’s Vanilla Almond Butter (which, sadly, they no longer sell) at my desk and just eat that stuff with a spoon. Justin’s has a Chocolate Hazelnut Butter I was tempted to use in Nutella’s place — so being the meticulous baker, I decided to do a taste test between the two: 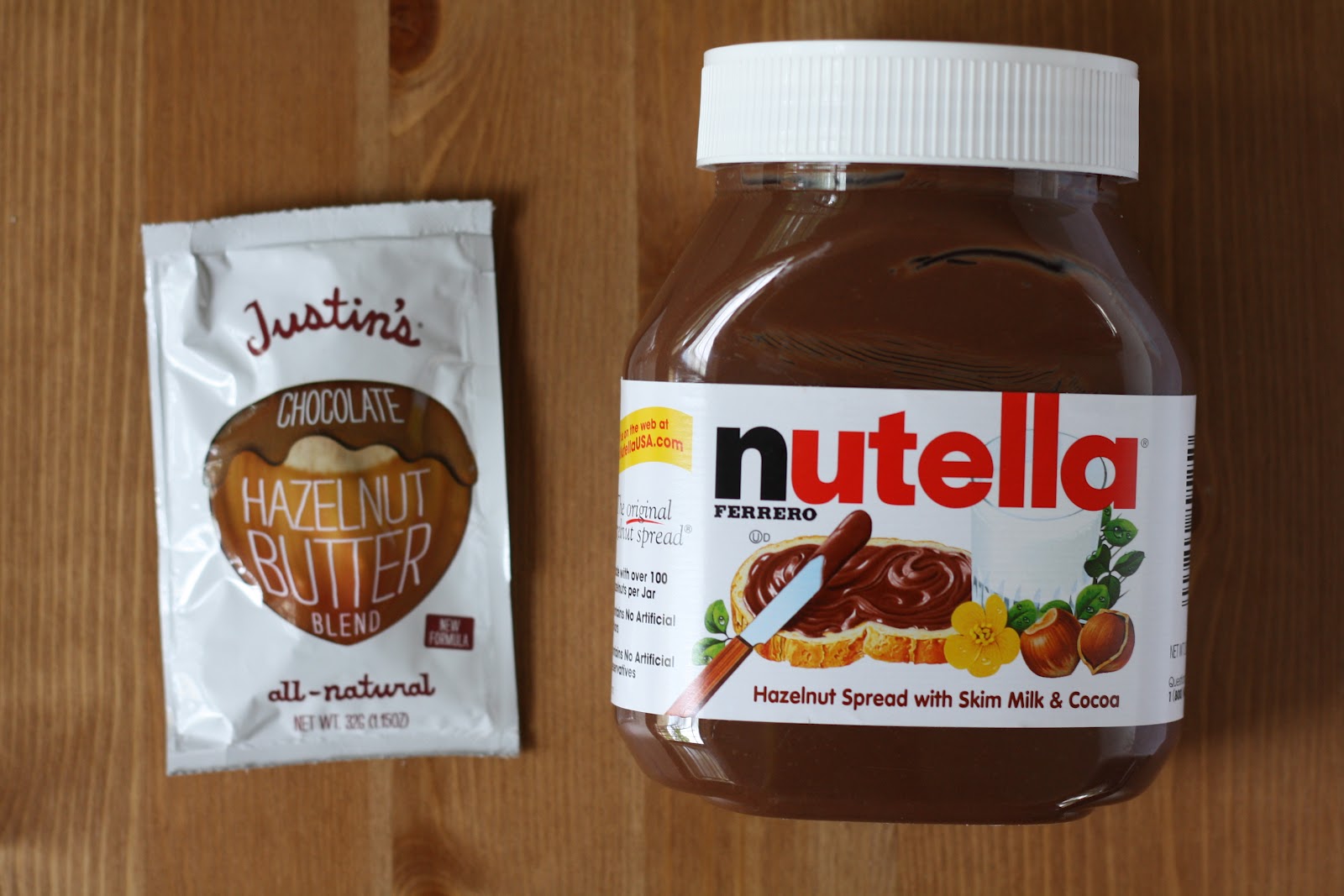 To be fair, it was hard. Both were great, but in different ways.

Justin’s Chocolate Hazelnut Butter was significantly more nutty than Nutella — that is, the hazelnut taste actually overpowered the taste of the chocolate. While I’m neutral about this, my boyfriend loves intensely nutty flavored things so he was in favor of Justin’s — it gave the cupcake a significantly more nutty taste. This could be a good alternative for those who think this recipe is too chocolatey.

However, Justin’s texture was also grittier than Nutella’s. You can even actually see this in the picture below — Justin’s Nut Butter is on the left spoon, Nutella on the right:

You could definitely see and taste tiny chunks of hazelnut in Justin’s butter. Again, not a bad thing for people who like different textures in their cupcake — it could be a good change from just cake and frosting?

But at the end of the day, while Justin’s Chocolate Hazelnut Butter put up a good fight, I personally wanted my cupcake to taste more sweet and artificial — that is, more like Nutella. Justin’s Nut Butter is the kind of snack I eat for recovery after my workout, while Nutella is the stuff I associate with desserts and deliciousness. So, long story short, I’m going with Nutella in the future.

Ah yes, Nutella. How could I ever doubt thee?

Anyway, stay tuned for the high-altitude friendly recipe for Hummingbird Bakery chocolate hazelnut cupcakes in the next post. In the mean time, here are some pictures for a sneak preview: 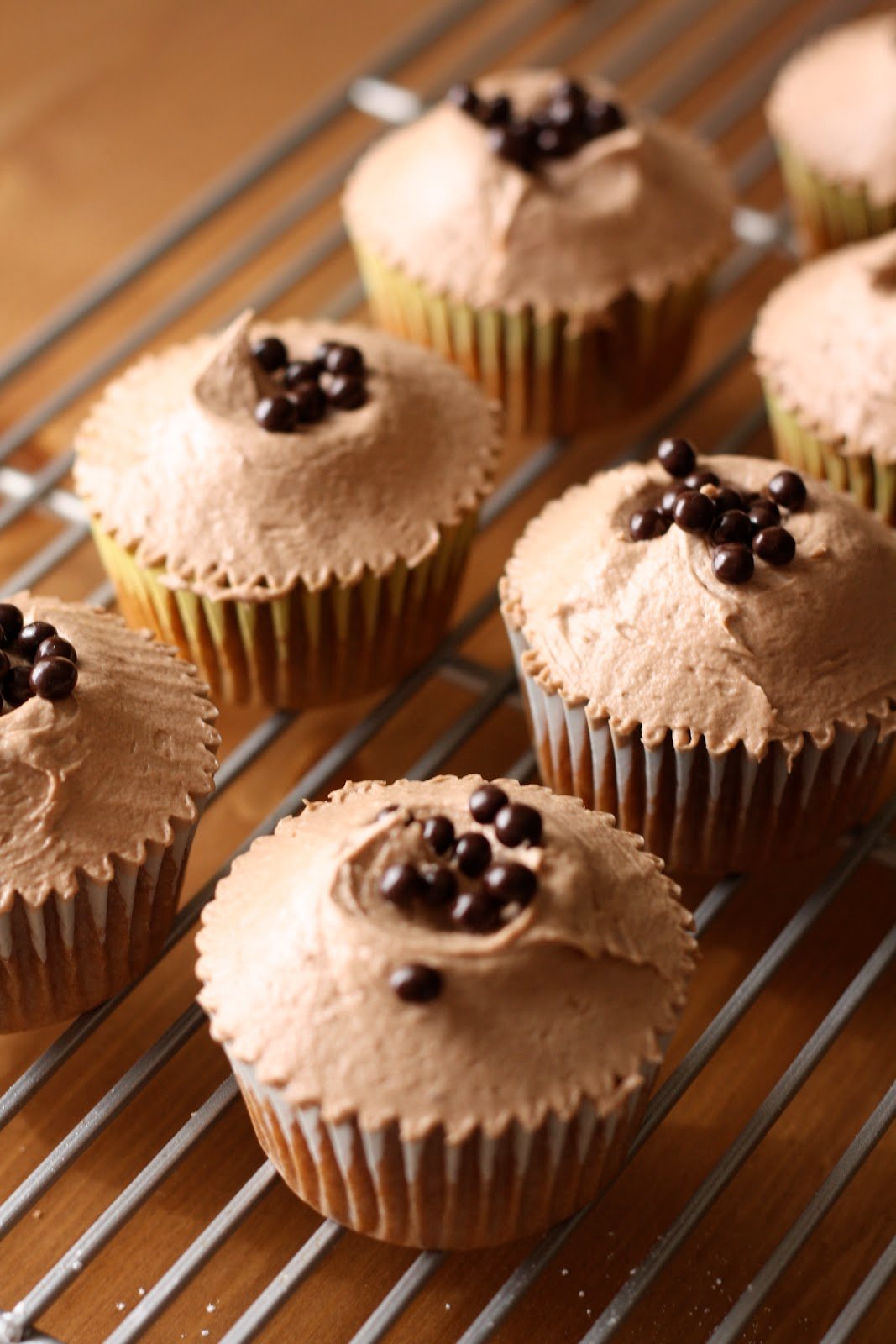 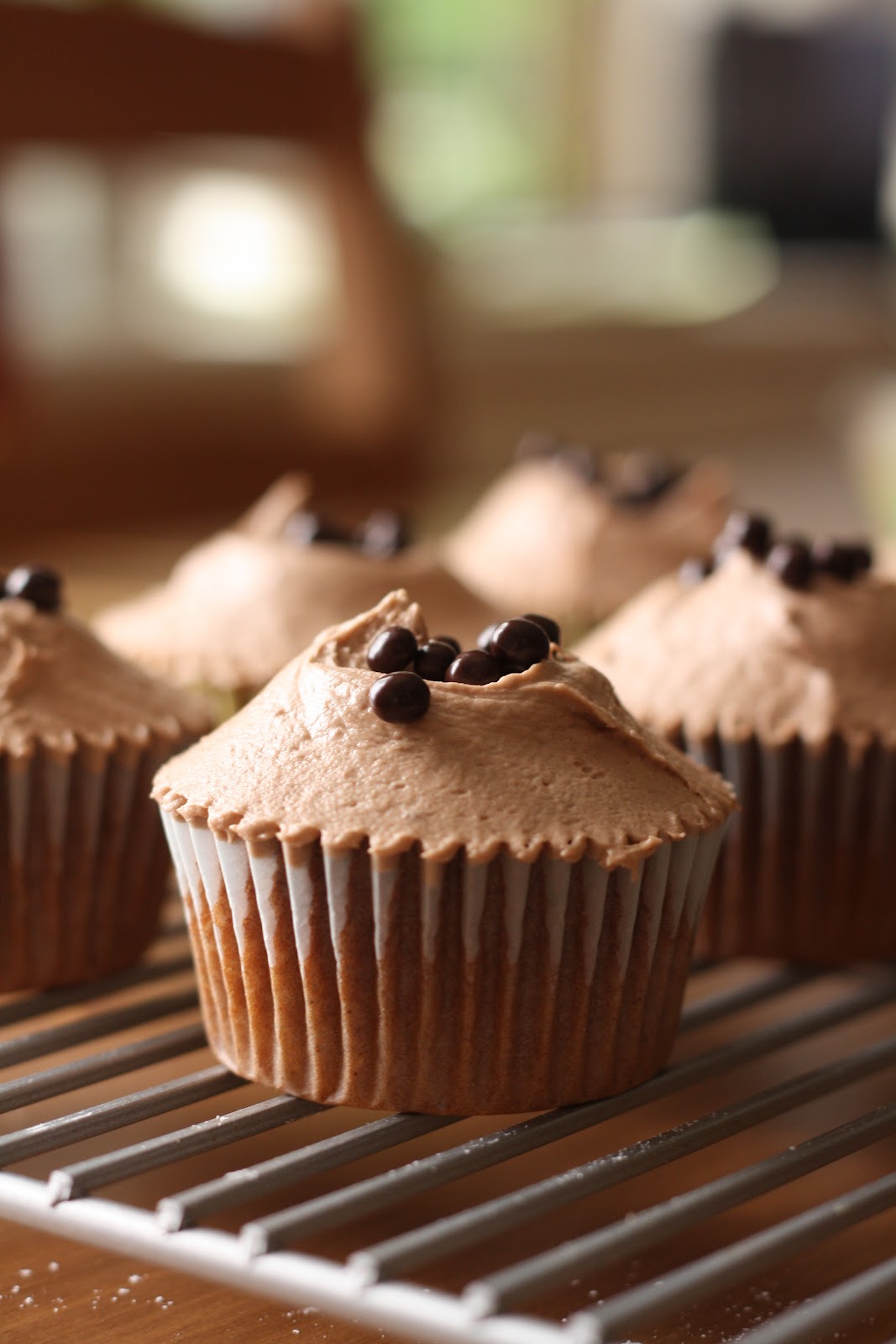