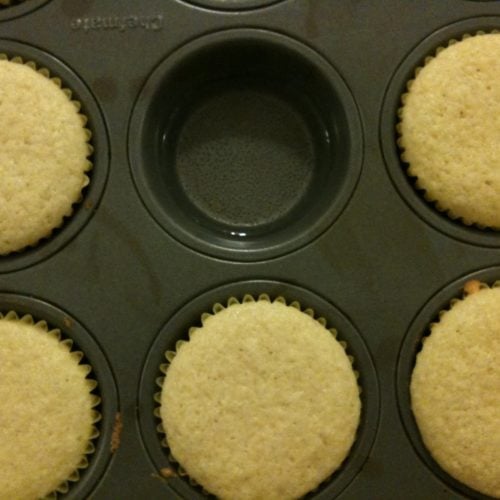 Last post, I came really close to cracking the recipe. By reducing the amount of baking powder by a half teaspoon, I was able to create actual, solid cupcakes that were starting to resemble the Hummingbird Bakery’s vanilla cupcakes. Unfortunately, the cupcakes still weren’t perfect; they seemed gummy and undercooked. So this time, I decided […]

Last post, I came really close to cracking the recipe. By reducing the amount of baking powder by a half teaspoon, I was able to create actual, solid cupcakes that were starting to resemble the Hummingbird Bakery’s vanilla cupcakes. Unfortunately, the cupcakes still weren’t perfect; they seemed gummy and undercooked.

So this time, I decided to play with temperature.

Truth be told, I was reluctant to mess with temperature because Susan Purdy of the frequently cited Pie in the Sky: Successful Baking at High Altitudes advises against it. At the beginning of the book, she discusses 12 “High Altitude Myths” — that is, highly unreliable high altitude baking tips found in a variety of different sources — and dispels such conventional wisdom.

One of the myths that Purdy discussed was the rule that bakers at higher-altitudes had to increase the recipe’s oven temperature by 25 degrees. Interestingly enough, this was the advice that I received the most when I first started my project — first given by my boyfriend’s grandmother and my officemate, both of whom had lived in Colorado for almost all of their lives, and then by my recently transplanted colleague, who had recently moved from New York to Denver and was in the same process of translating his bread recipes to work at higher altitudes.

However, despite this seemingly conventional wisdom, Purdy explains that:

“[Raising the oven temperature by 25 degrees] doesn’t always work, and in fact, it is often better to leave the temperature the same or even reduce it, baking at a more moderate heat for a longer time. It depends on what you are baking. Raising the heat by 25 degrees to bake cookies and cakes works very well at 5,000 feet, but at 7,000 and 10,000 feet, the oven may be too hot, crusting over the top of a cake before the inside bakes through. Instead of changing the temperature, it is often better to change the position of the rack in the oven, so your cake is closer (or farther away from) intense heat.”

I wish Purdy had provided a rationale for why she thinks it’s better to leave the temperature unaltered; I suspect it has something to do with the fact that moisture evaporates at a faster rate in higher altitudes. But from my point of view, it seems like changing the position of the oven rack would yield highly inconsistent and unpredictable results. Most ovens, especially gas ovens, are pretty inaccurate and have internal temperatures that vary greatly depending on where the source of the heat is located and how the oven actually circulates that heat. There’s a great chapter in Paula Figoni’s How Baking Works that teaches you how to figure out where the hot spots in your oven are and how to adjust for such flaws accordingly.

For my purposes, I wanted to alter the recipe in a way that would generalize it — that is, I felt that if I followed Purdy’s advice and just altered the oven rack positioning, a random person following the final recipe from this blog probably wouldn’t get the same results simply because of the differences in our oven heat. And, as Purdy laments, oven temperatures are especially critical in high altitudes — a variation of 15 to 25 degrees can make the difference between a cake that rises and one that falls. I felt that altering temperature would be able to provide a more realistic method for following my recipe accurately, especially if one were to use an oven thermometer.

The original Hummingbird vanilla cupcakes recipe called for a bake time of 20-25 minutes at 325 degrees Fahrenheit. The end result, according to the Hummingbird Bakery Cookbook, yielded “light golden” cupcakes with tops that “spring back when touched”.

However, following those instructions resulted in cupcakes that were sticky-topped (there was definitely no spring-back action), pale, undercooked, and gummytasting: 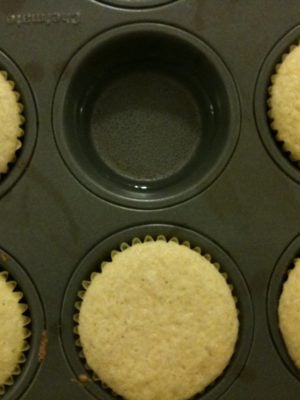 I therefore upped the temperature to 350 degrees (note: an increase of 25 degrees, as recommended by conventional wisdom) and, after 25 minutes exactly, was greeted by these attractive suckers: 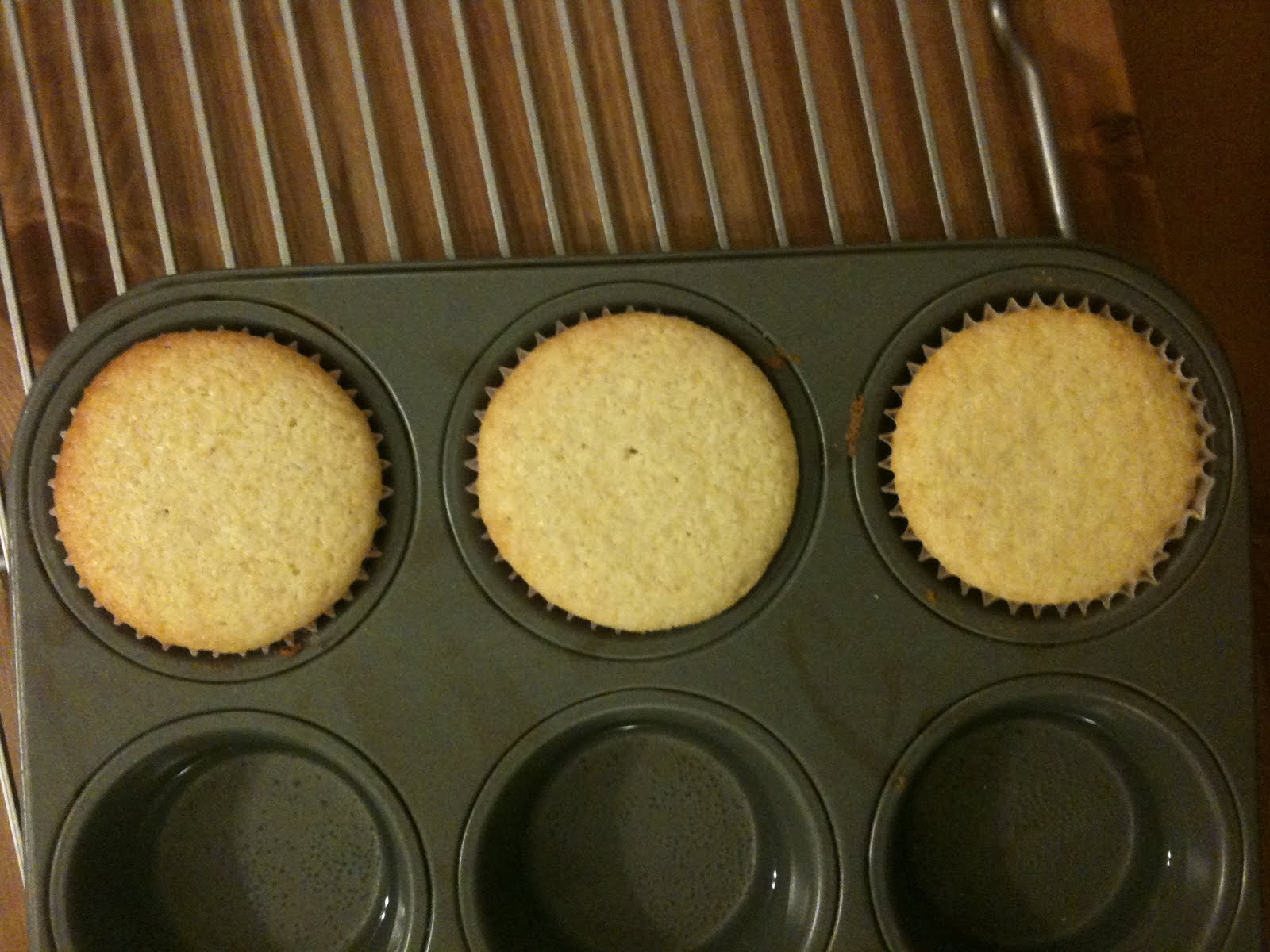 The cupcakes definitely looked more “golden” than the cupcakes I had cooked at 325 degrees. The tops still looked and felt a little sticky, but there was definitely some “spring-back” action starting to happen: 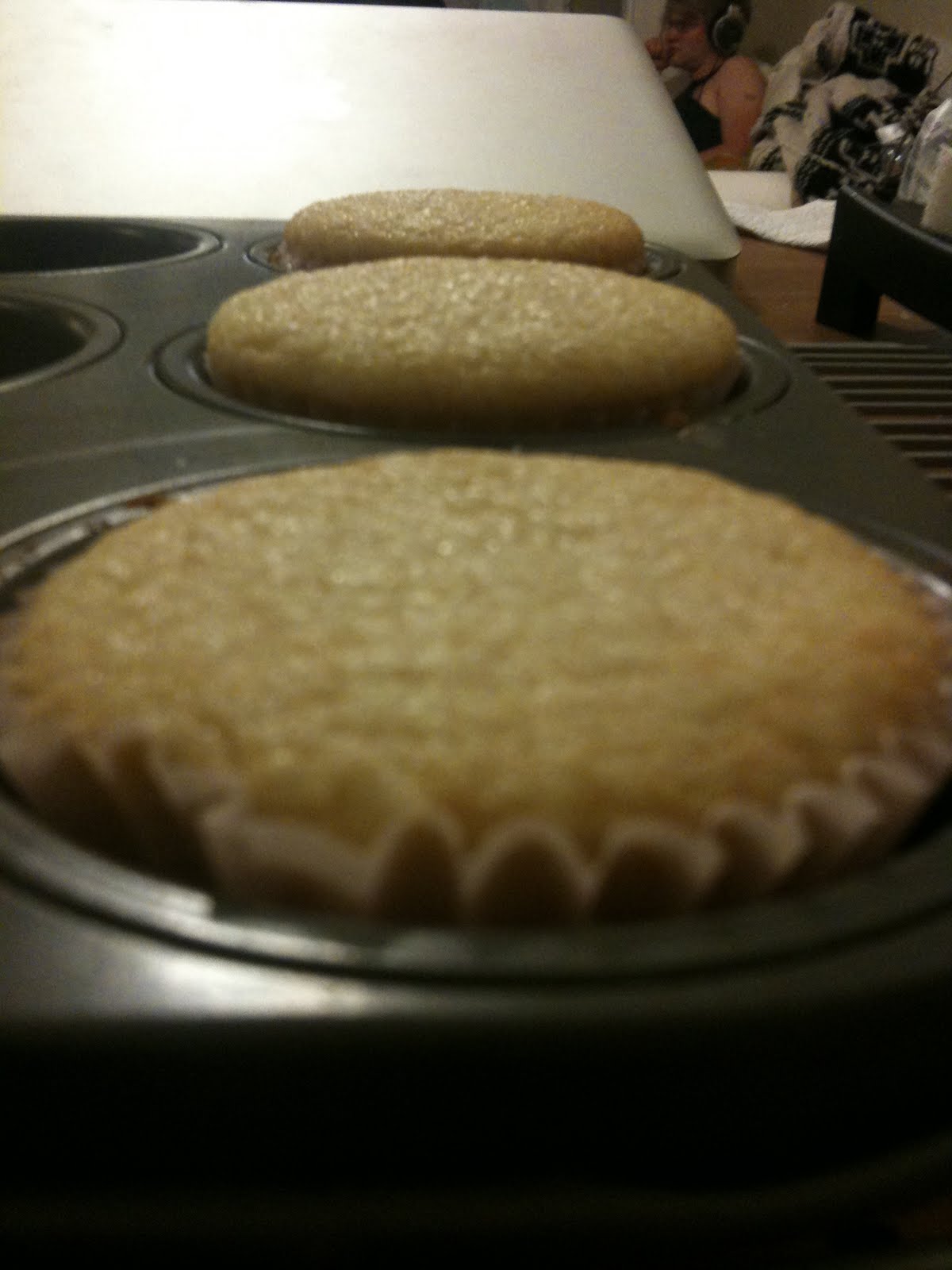 
Despite their good looks, I wasn’t fully satisfied by the results. When I first peeked at the cupcakes at exactly 20 minutes, they definitely still looked undercooked: 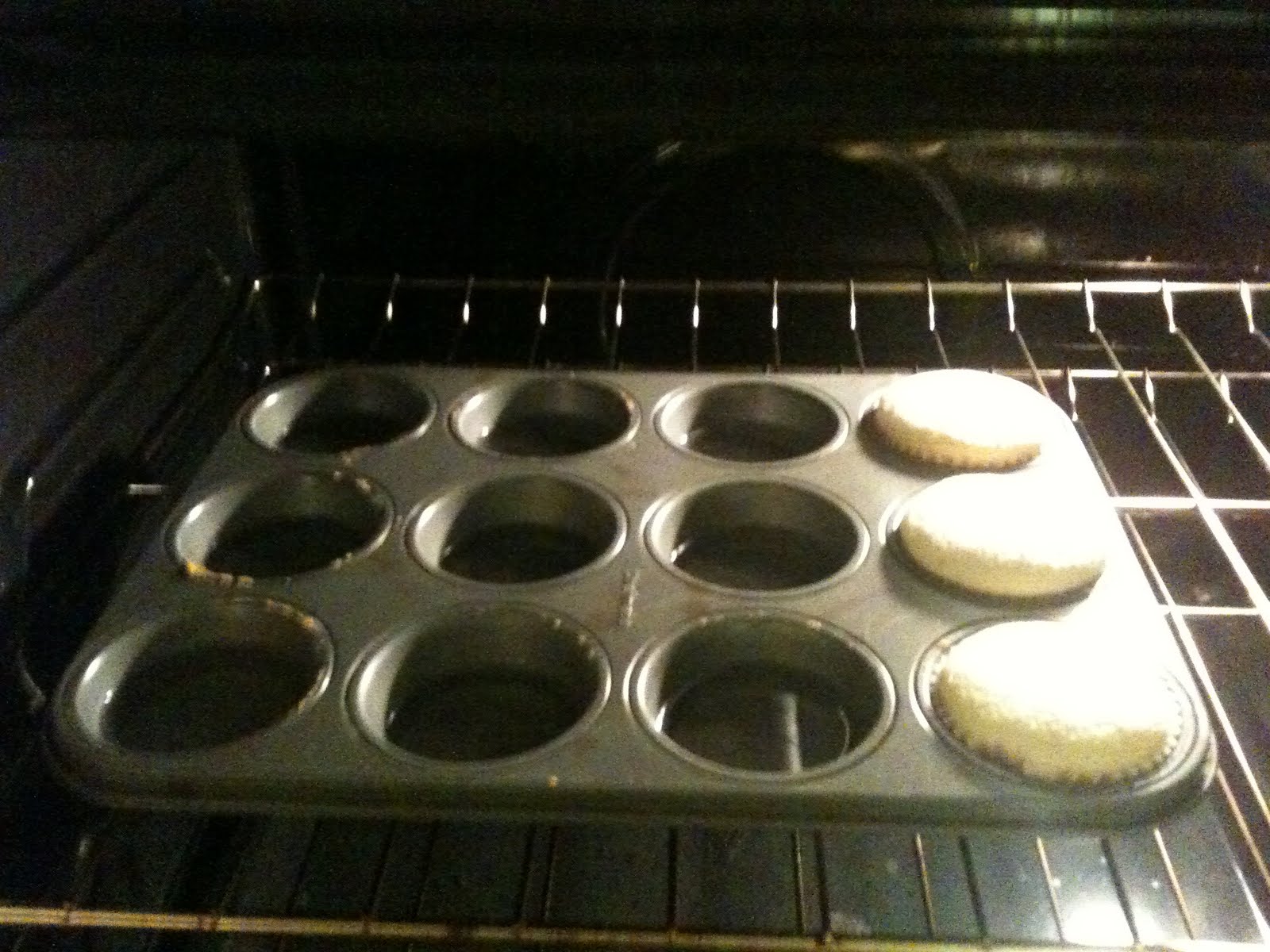 
I had then decided to leave them in the oven for the full 25 minutes, the last possible minute of the suggested bake time. They still looked a little pale at that time, despite the browning edges. I definitely felt more comfortable increasing the oven temperature up to 375 degrees to see what would happen.

This is what the cupcakes looked like at 375 degrees after 20 minutes: 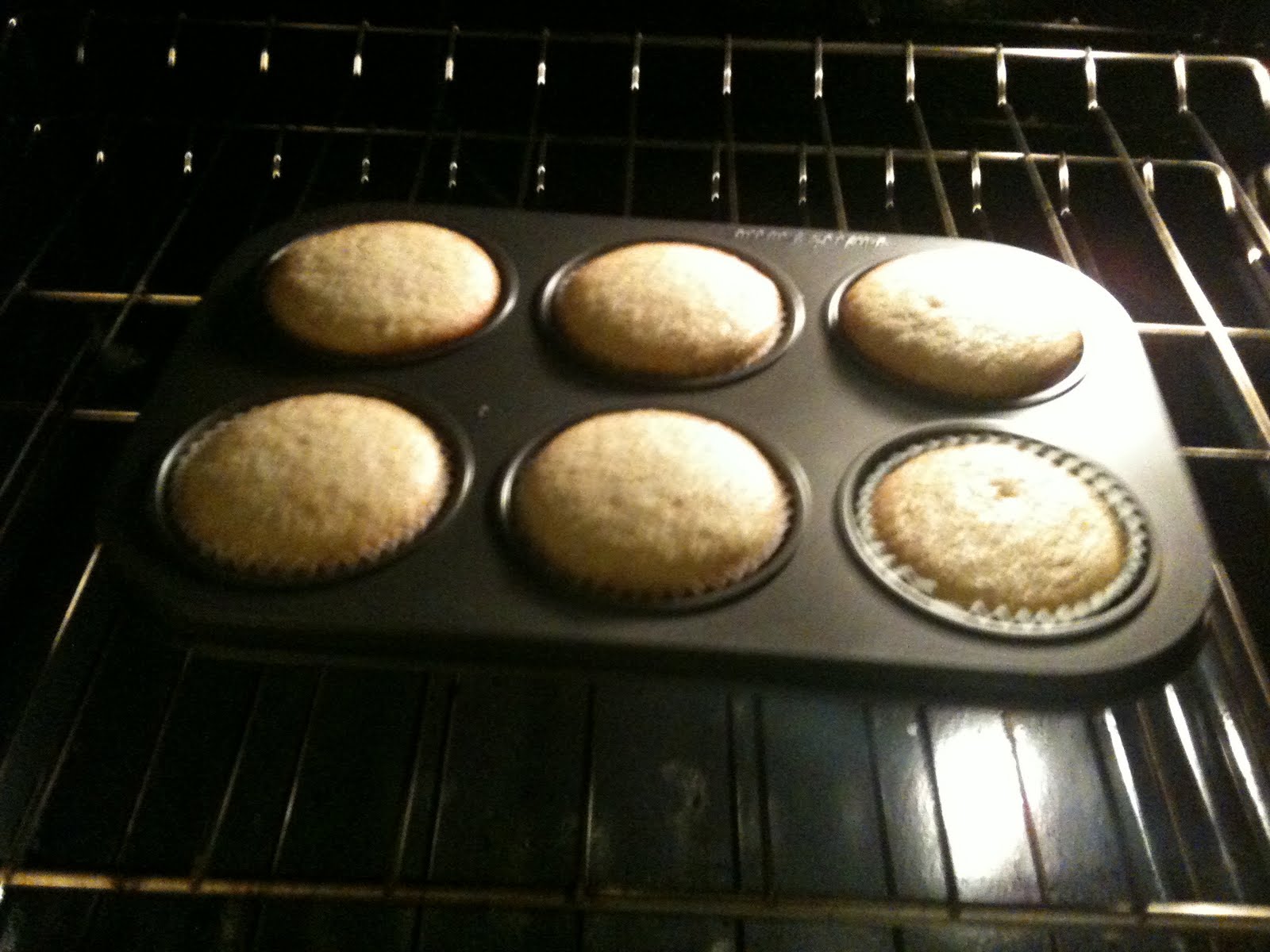 
Hey! That looked a LOT better. I was actually confident that the cupcakes were COOKED: 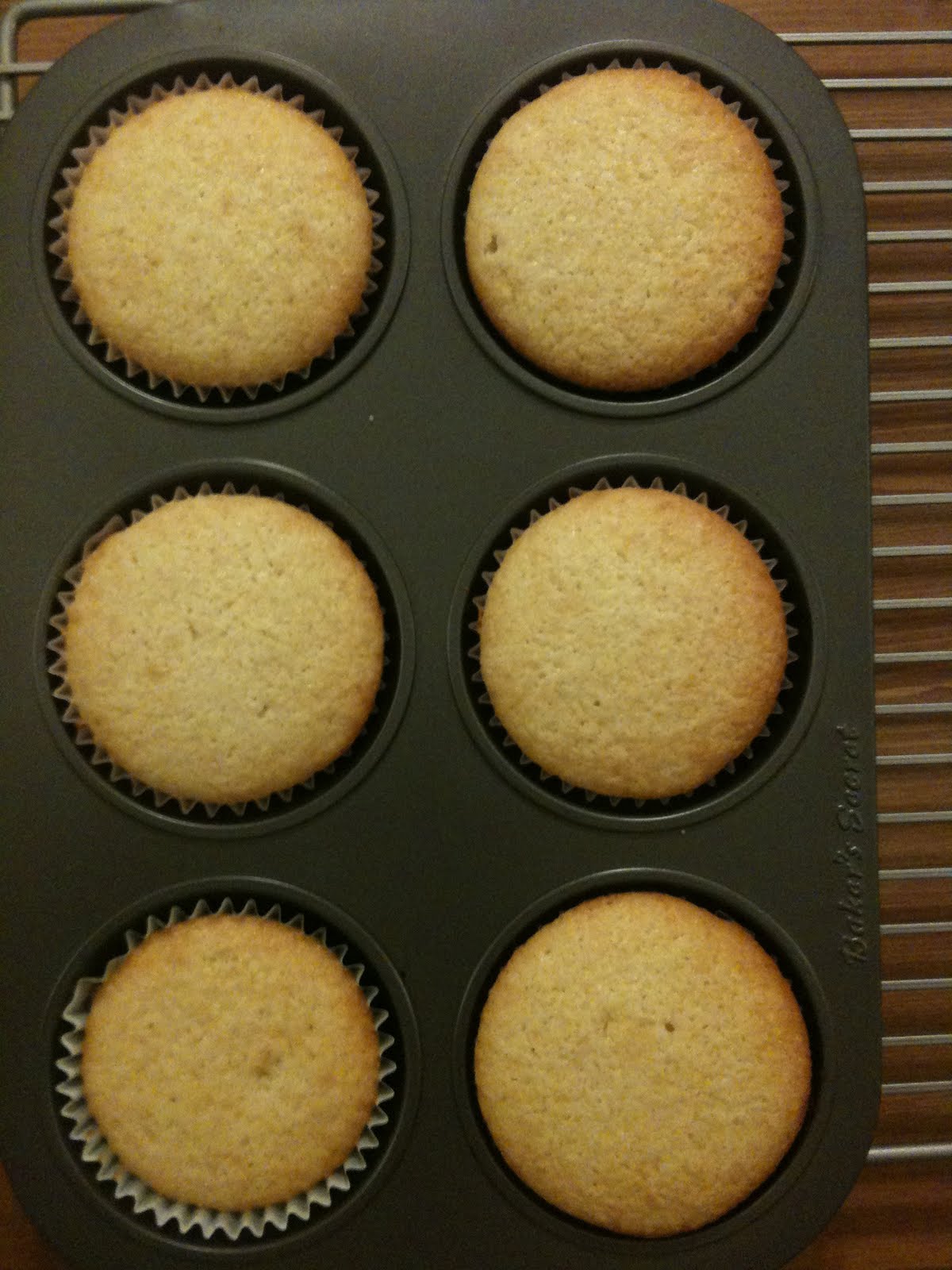 
Every single cupcake had a golden color, with perfectly-domed tops that sprung back when touched: 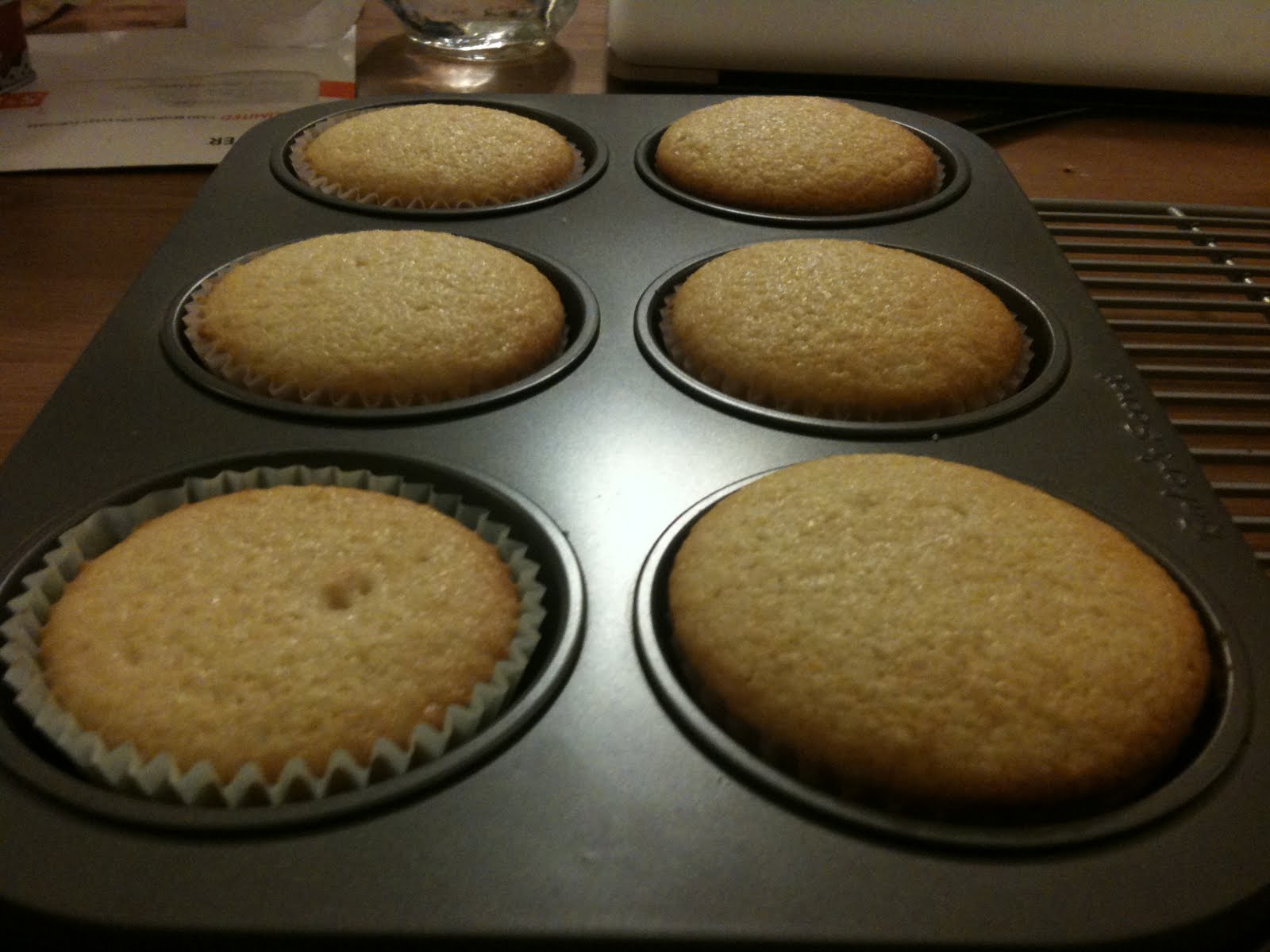 …but what about the taste?

To be honest, I had definitely compromised the cupcakes’ flavor during my temperature experiment. Despite the fact that they actually looked like Hummingbird cupcakes, they tasted… well… dry.

A taste test between the batch cooked at 350 degrees versus 375 degrees revealed that the cupcakes that were baked at the higher temperature were significantly drier.

This was not particularly surprising. Recall that at higher elevations, water boils at a lower temperature, meaning that it takes less energy for water to evaporate in higher altitudes. Combine this with the fact that the new higher temperature of the recipe probably increased the amount of evaporation that occurred during the baking process. To get super-geeky for a second and talk about middle-school science, for molecules of a liquid to evaporate, they have to have enough kinetic energy to transform from a liquid to a gaseous phase. Molecules have a higher kinetic energy at higher temperatures, increasing the rate of evaporation.

So long story short: the higher temperature caused a faster evaporation rate of the liquids in the batter, drying out the cupcake.

Okay. Still, a lot of progress. I can deal with dryness — all I have to do is increase the amount of liquids in the batter to compensate for this temperature change. Yep. That’s what I’ll do in my next post. And hopefully, HOPEFULLY, that’ll be it. 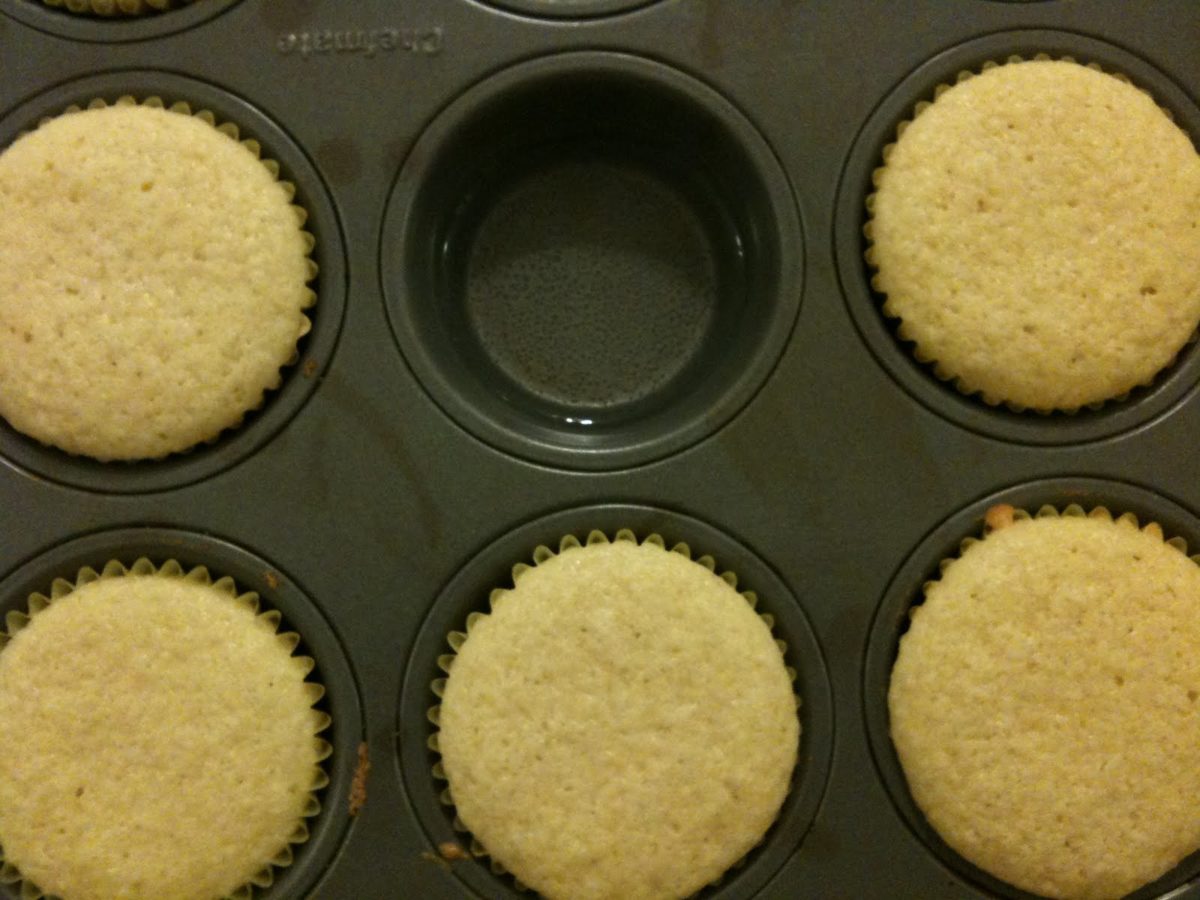