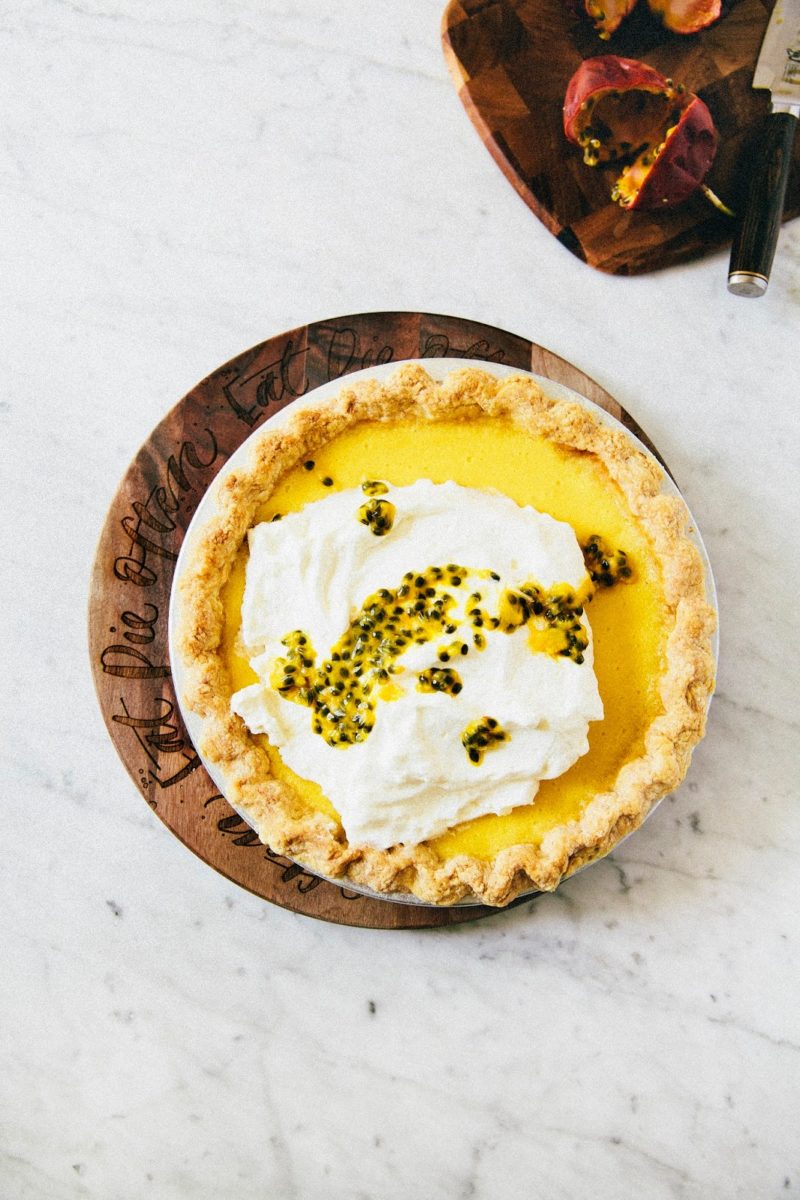 Guys, I got cocky. After the triumph that was last month’s epic #pieamonth pear and creme fraiche caramel pie, I thought I had it. I’m a pie expert now! I thought to myself a few weeks ago, as I woke up early to create my next #pieamonth pie. This is going to be a breeze. […] 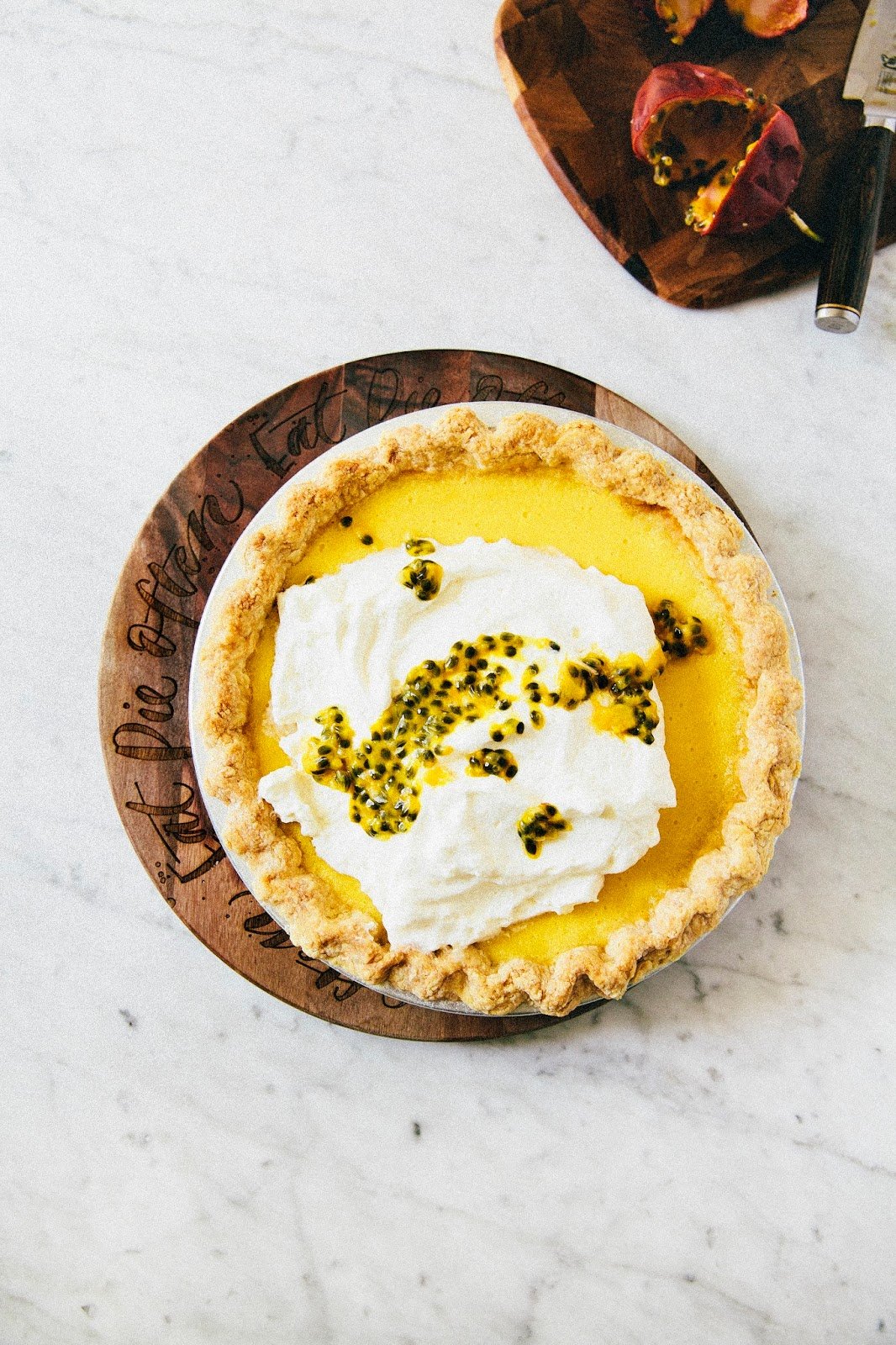 Guys, I got cocky.

After the triumph that was last month’s epic #pieamonth pear and creme fraiche caramel pie, I thought I had it.

I’m a pie expert now! I thought to myself a few weeks ago, as I woke up early to create my next #pieamonth pie. This is going to be a breeze. It doesn’t even have a lattice! I’m just going to do as I do — roll out my pie, stick it in the freezer, prep the filling — and go grab a pastry with Jessica. By the time I’m back, it’ll be ready for the oven.

One chocolate ganache kouign amann and crazy delicious violet cheesecake later, I stuck the beautifully rolled and perfectly crimped frozen crust to pre-bake in the oven. 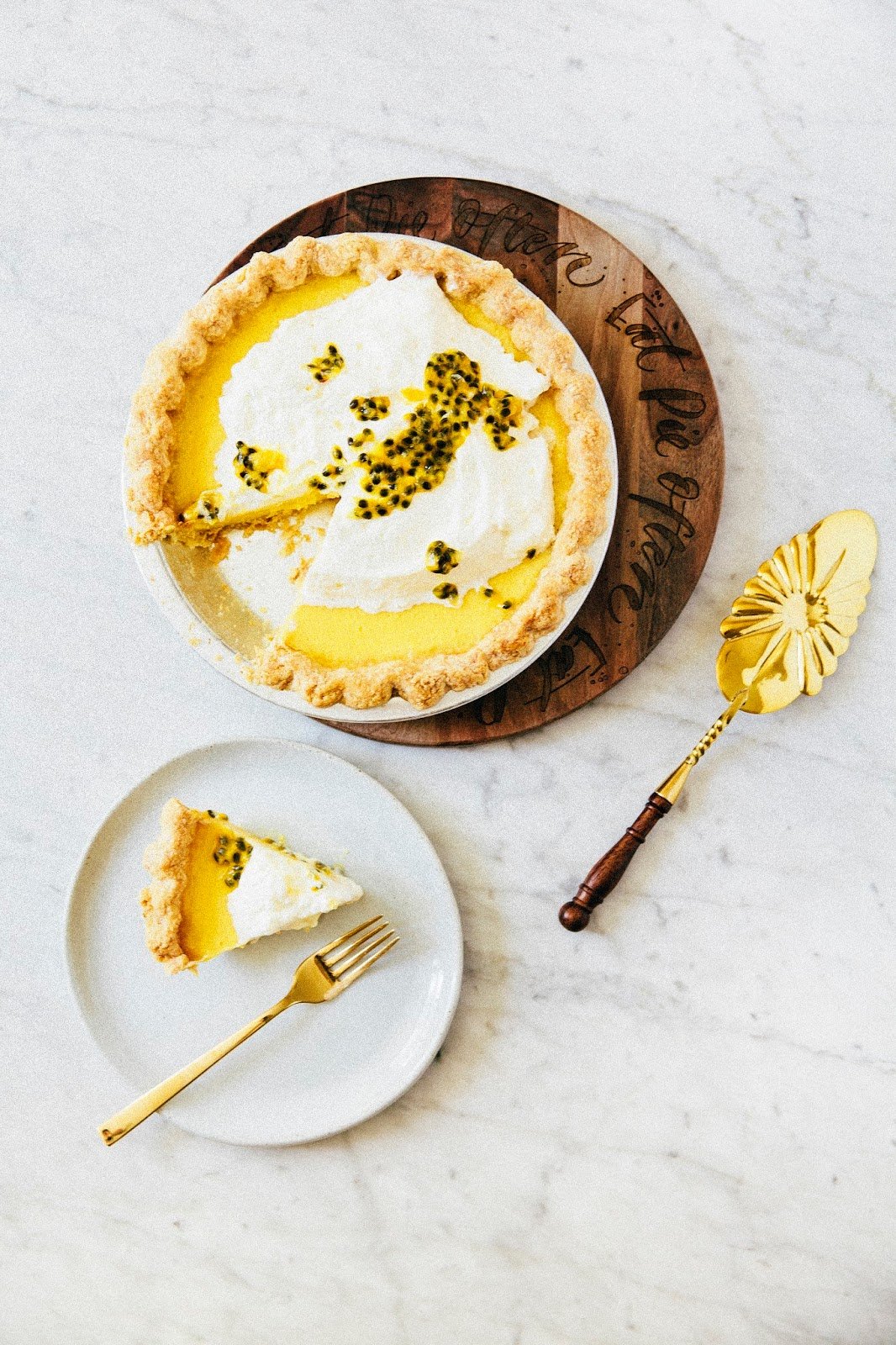 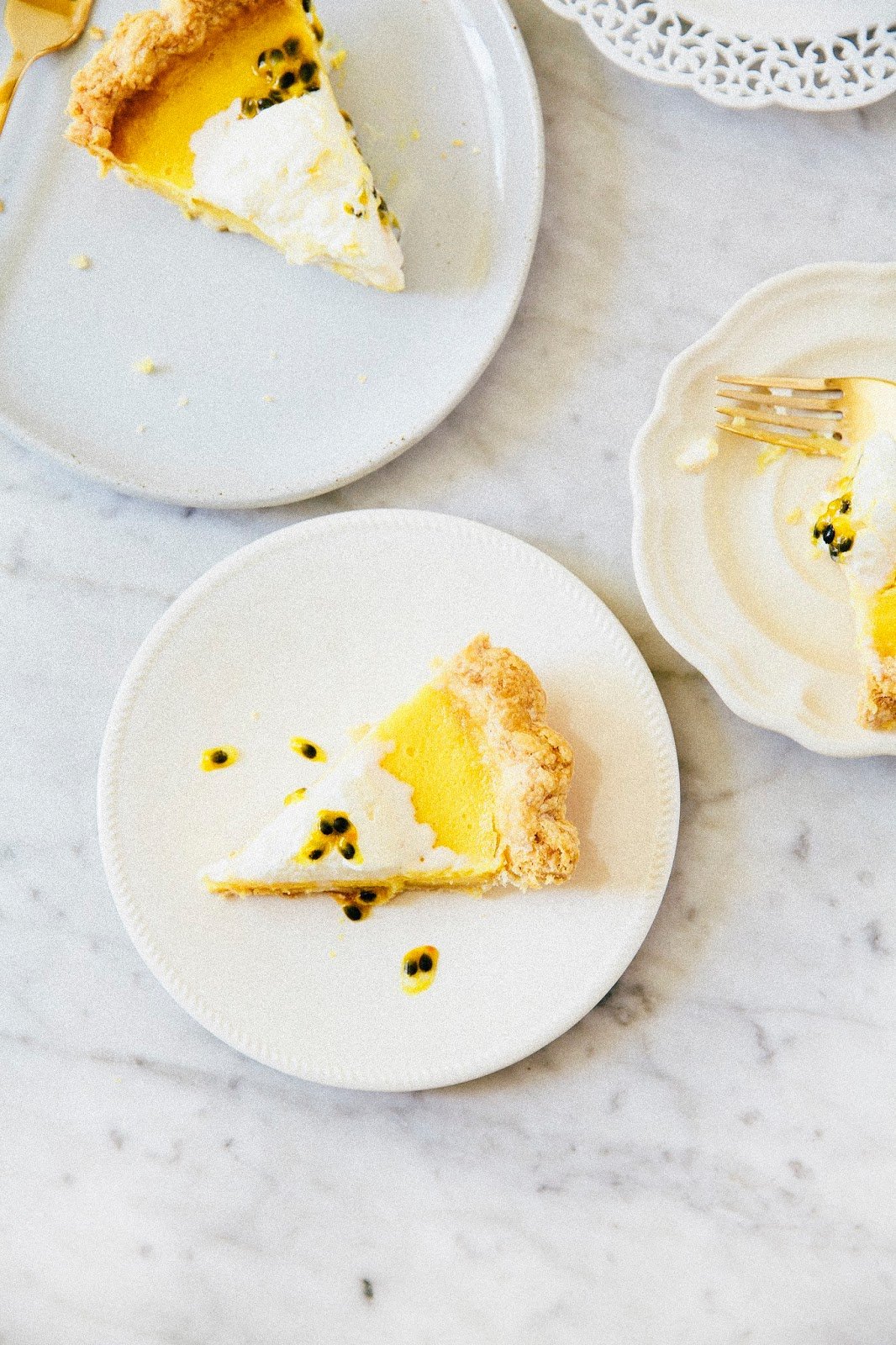 Pre-baking is often required when baking a custard or curd pie — the moisture in the filling can make the crust soggy before it has time to actually bake. The point of pre-baking it beforehand without any filling is to give the crust a head start to bake and ultimately solidify before the filling, helping the crust stay firm and prevent soggy bottomed crusts. However, you can’t just bake the pie shell without weight to hold it down in the middle — as the crust bakes, pockets of steam get created within the pastry that cause it to puff up and ultimately sag around the edges. You need that weight to hold it down, which is why most pre-baking recipes instruct you to line your shell with aluminum foil or parchment paper filled with pie weights.

So I was placing my beautifully rolled, crimped, lined, and weighted pie in the oven, the parchment paper holding my pie weights gently brushed my countertop oven’s heat source and burst into flame. 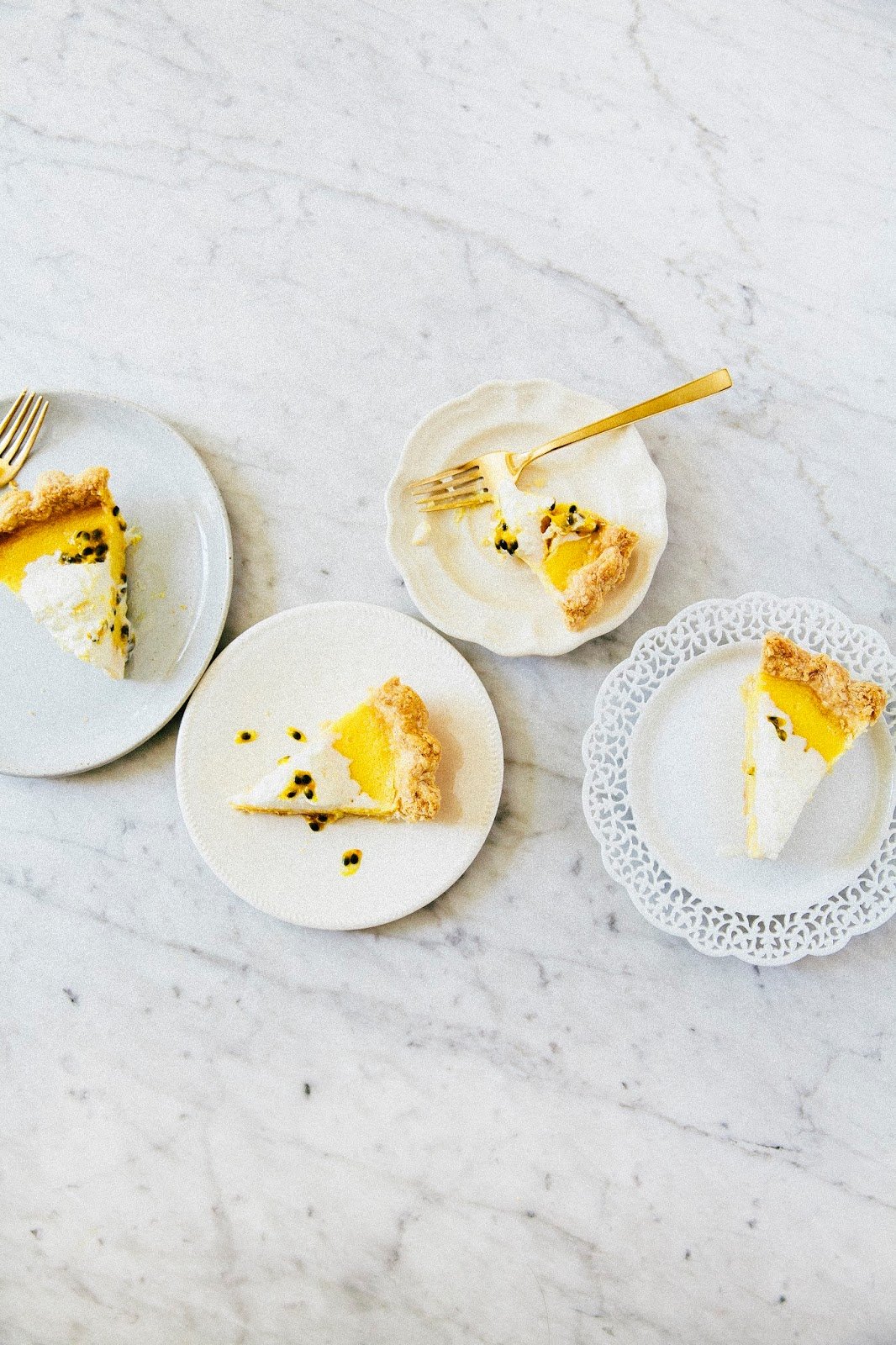 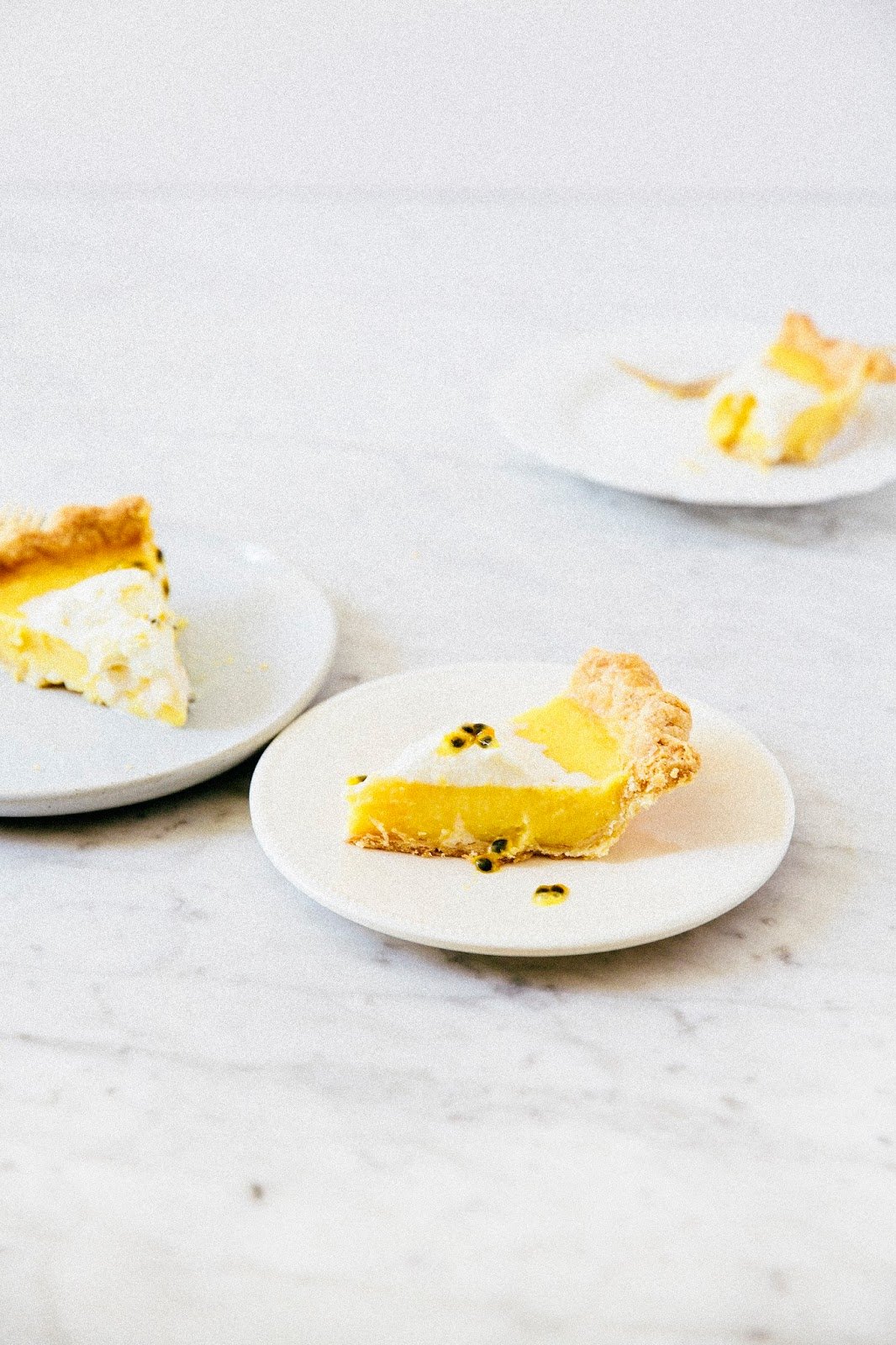 Have you ever seen parchment paper catch on fire? Especially the cheap kind you can buy in bulk on Amazon that’s so thin and tissue papery that you often need to use two or three sheets at a time?

My cat watched in judgement as I screamed, dropped the pan containing the pie, and hastily picked up the flaming inferno formerly known as my parchment paper and lobbed it into my sink. Hundreds of ceramic pie weights flew across the kitchen, making a racket as they bounced across the kitchen floor and rolled to irretrievable places underneath the oven and refrigerator.

I turned to see if my beautifully prepared shell was salvageable. NOPE. I found it lying face down on the ground in a pretty sorry state: half-melted on one side, covered in bits of ash and floor lint.

And that, my friends, is what happens when you get cocky when making pie. 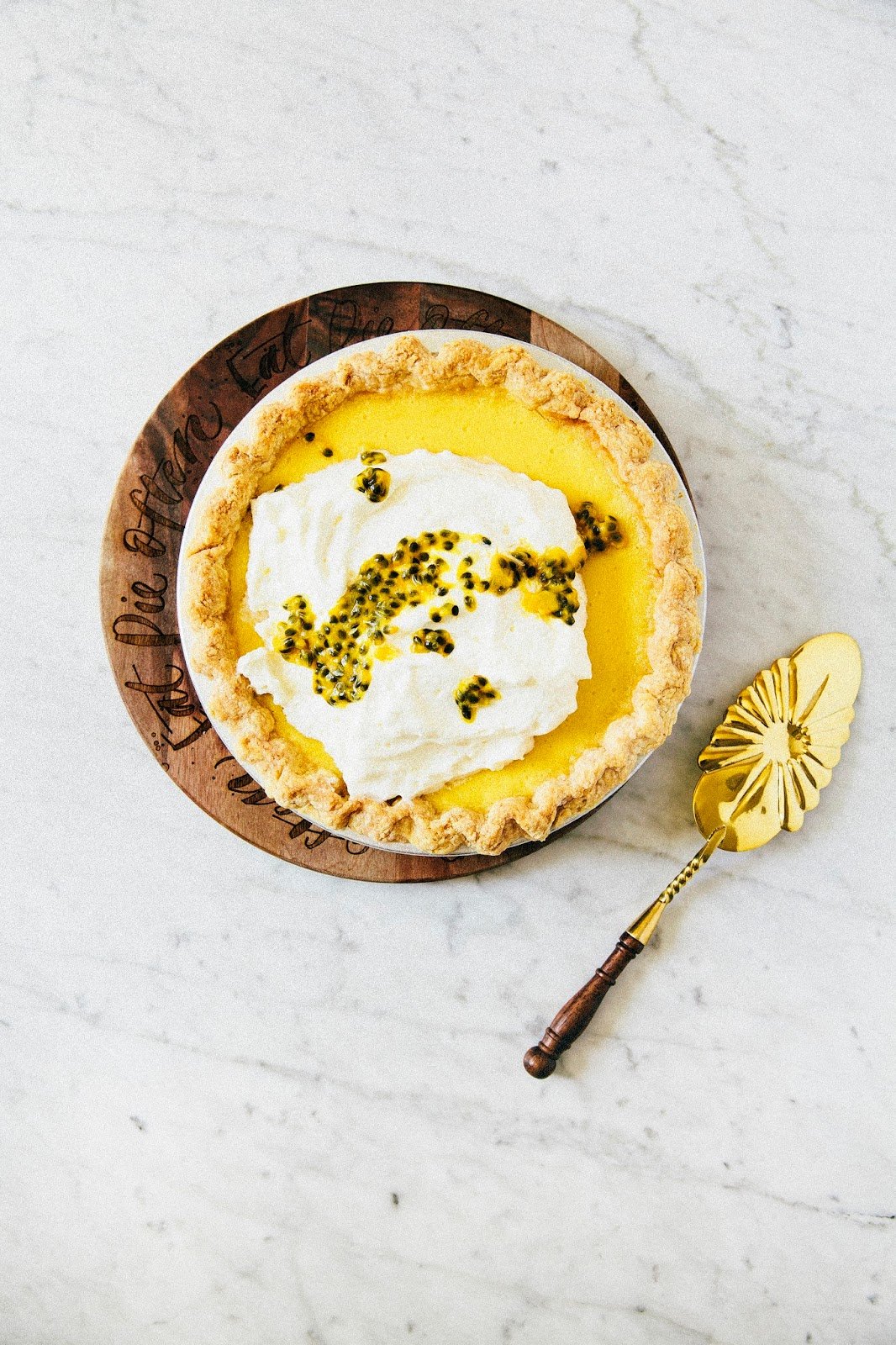 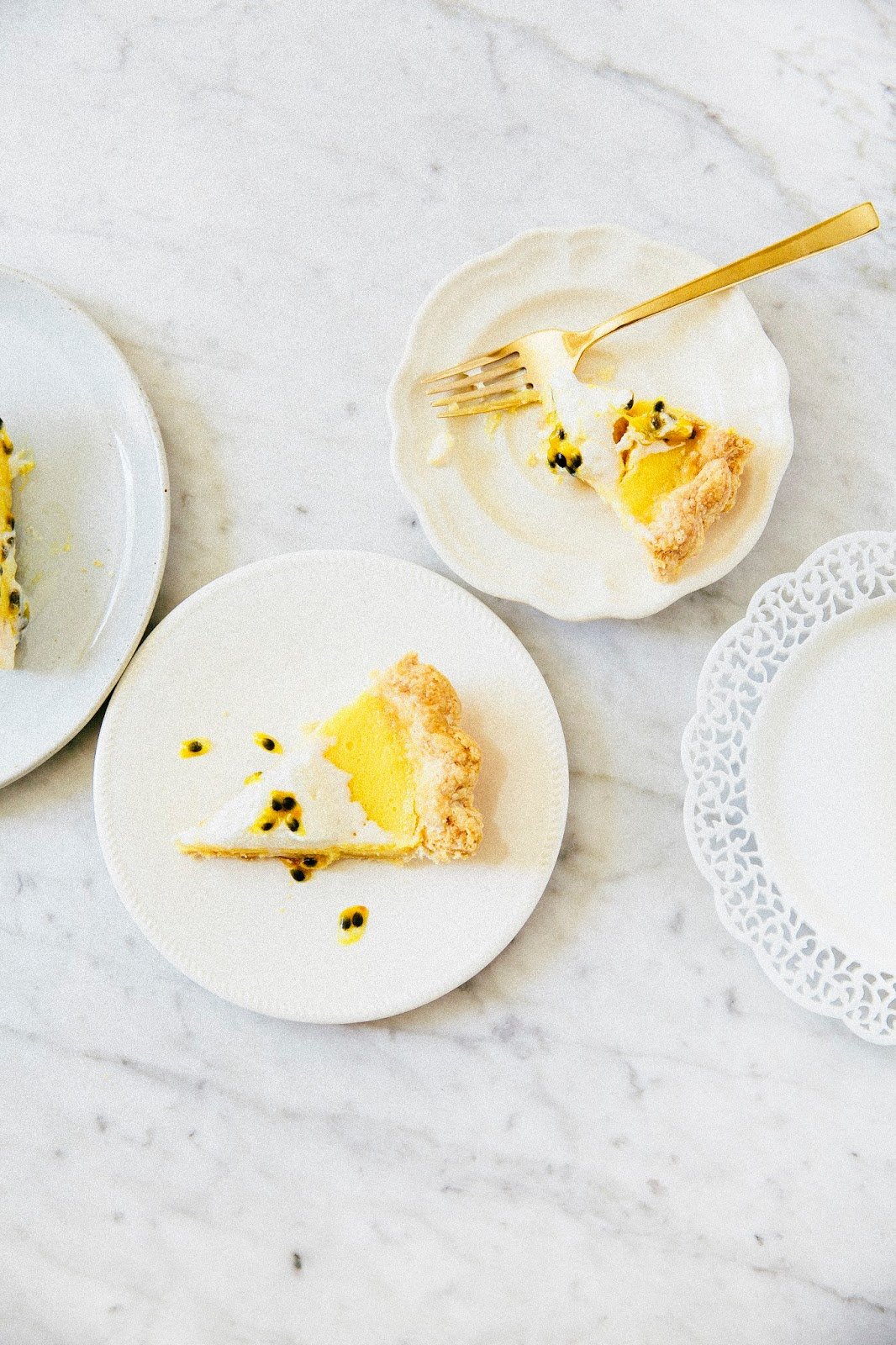 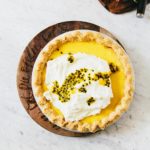 For the Lard and Butter Pie Crust

For the Passionfruit Curd

For the Lard and Butter Pie Crust

To Pre-Bake the Pie Crust

For the Passionfruit Curd Pie