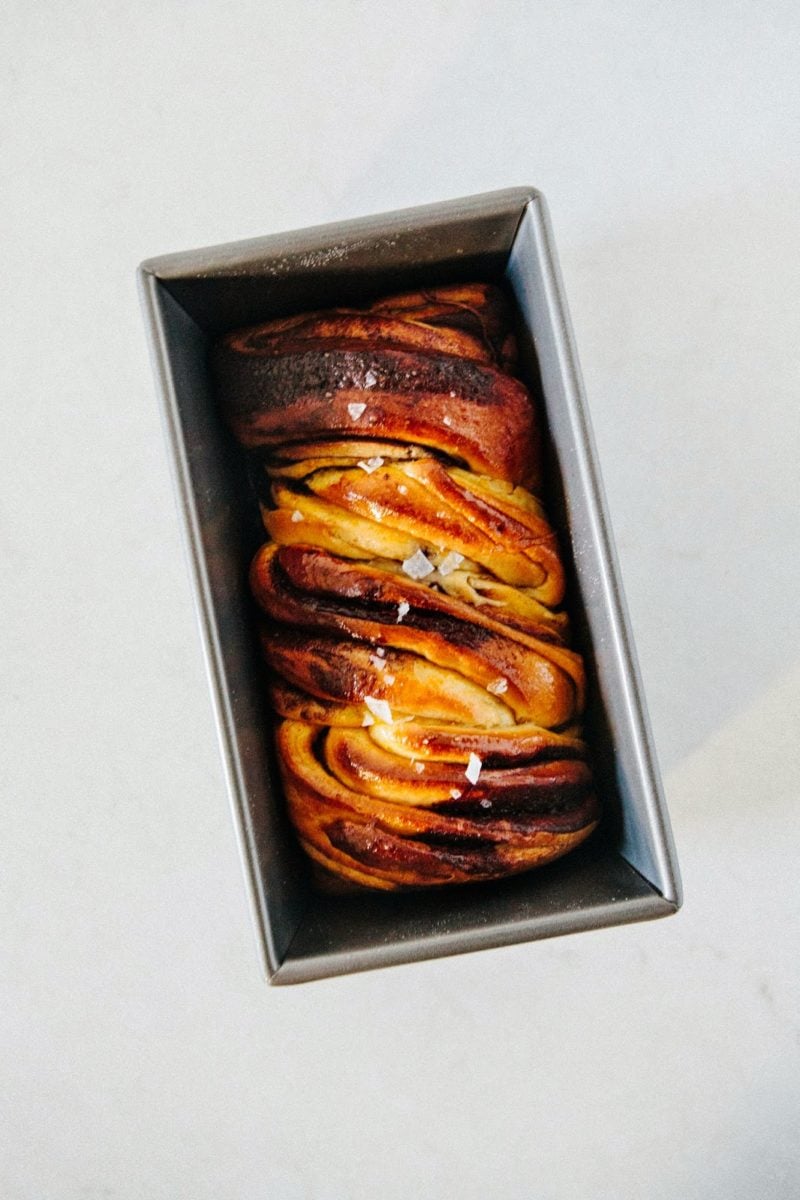 I’m a crazy cookbook collector. I have shelves upon shelves of cookbooks, so many that I can’t even find a place for them all in my kitchen. There’s a cabinet in the dining room that holds a healthy stack, while the rest line the shelf in my study that’s slowly bowing in the middle as […] 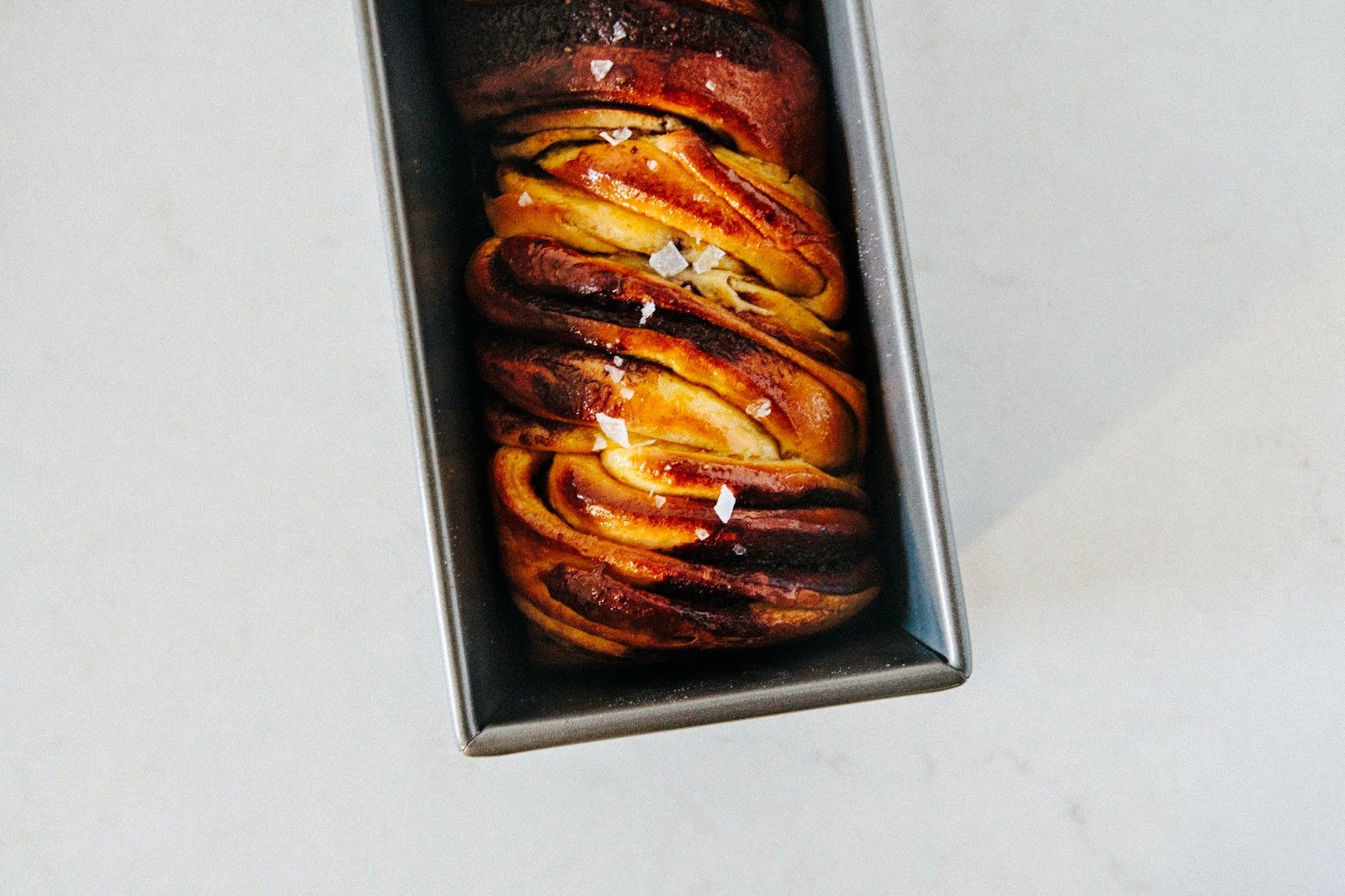 I’m a crazy cookbook collector. I have shelves upon shelves of cookbooks, so many that I can’t even find a place for them all in my kitchen. There’s a cabinet in the dining room that holds a healthy stack, while the rest line the shelf in my study that’s slowly bowing in the middle as it attempts to hold their weight.

Because while the internet is an abundance and wealth of information, there’s something just really freaking nice about holding a book in your hands. I mean, the first thing I do after I unwrap a new cookbook is flip through the pages and mark (I know, I know, purists will gasp but I’m a shameless dogear-er all the way) the photos that inspire me and the recipes that I want to try. You don’t really get that same satisfaction with bookmarking in your browser or pinning on Pinterest.

And so I own different cookbooks for different purposes. There are the workhorses like The Flavor Bible or Mark Bittman’s How To Cook Everything that I use for reference almost every day. There are the showstoppers filled with stunning photos that I flip through for visual inspiration before I shoot (A Kitchen in France, Small Plates and Sweet Treats or What Katie Ate are all great books for getting inspired). Then, there are the ones filled with crazy recipes with advanced techniques that I can only aspire to — Dominique Ansel’s The Secret Recipes cookbook, for instance, which contains THE recipe for homemade cronuts.

Yotam Ottolenghi’s cookbooks fall somewhere in between these three categories. His two that I have — Plenty and Jerusalem — are filled with stunning, inspirational pictures and a mix of recipes that range from achievable to aspirational. But oh boy, the moment I flipped through Jerusalem and spotted his recipe for chocolate krantz cake, I knew I was in trouble. It was the sort of stunning, delicious and yet oh-so-time-consuming recipe that straddled the line between achievable and aspirational.

What’s a krantz cake? It’s basically a babka — that is, a cake made from a brioche dough that’s been twisted and sweetened with fillings like chocolate, cinnamon or fruit and nuts. In my version, I’ve filled my babka with dark chocolate and pumpkin: 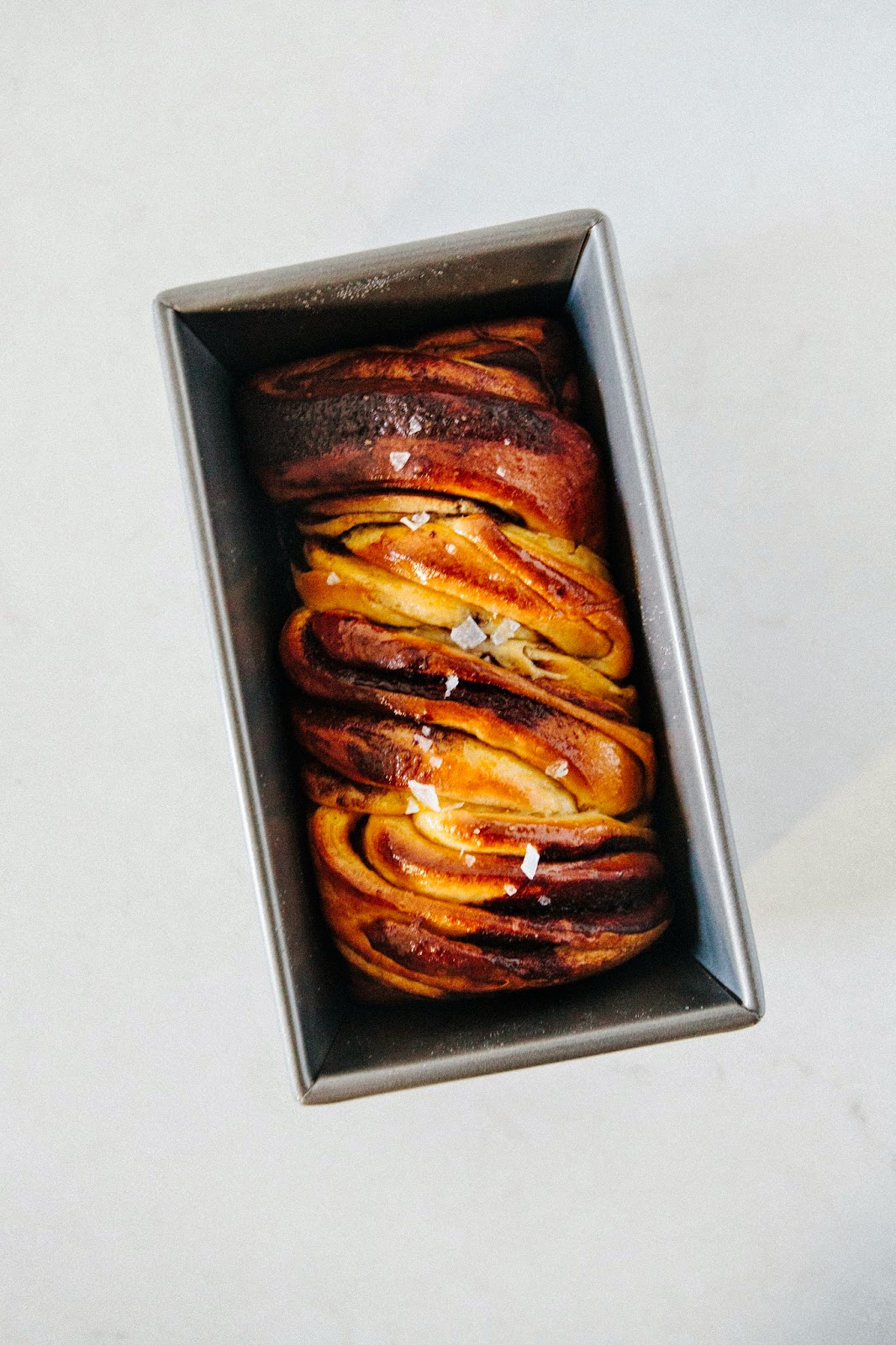 Ottolenghi’s recipe divides the dough in two and braids the two strands together; with this method, my two toppings swirled into each other, creating a sort of marbled effect in the bread. One bite initially yields the dark chocolate flavor, while a second bite yields buttery, cinnamon-tinted pumpkin. The trick, however, is to get a bite of the two together — because is there really a better flavor combination than chocolate, pumpkin and cinnamon?

I don’t think so. 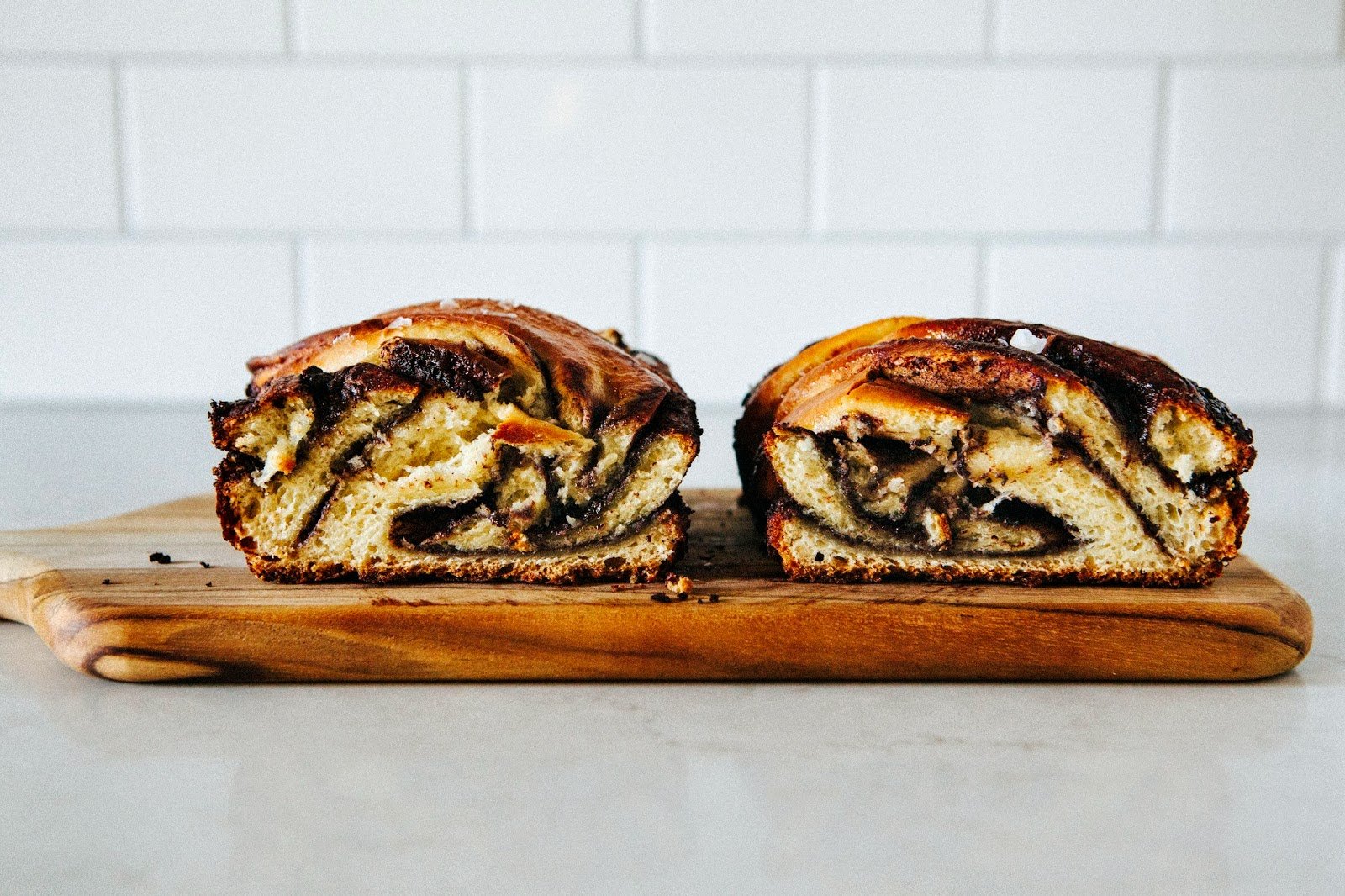 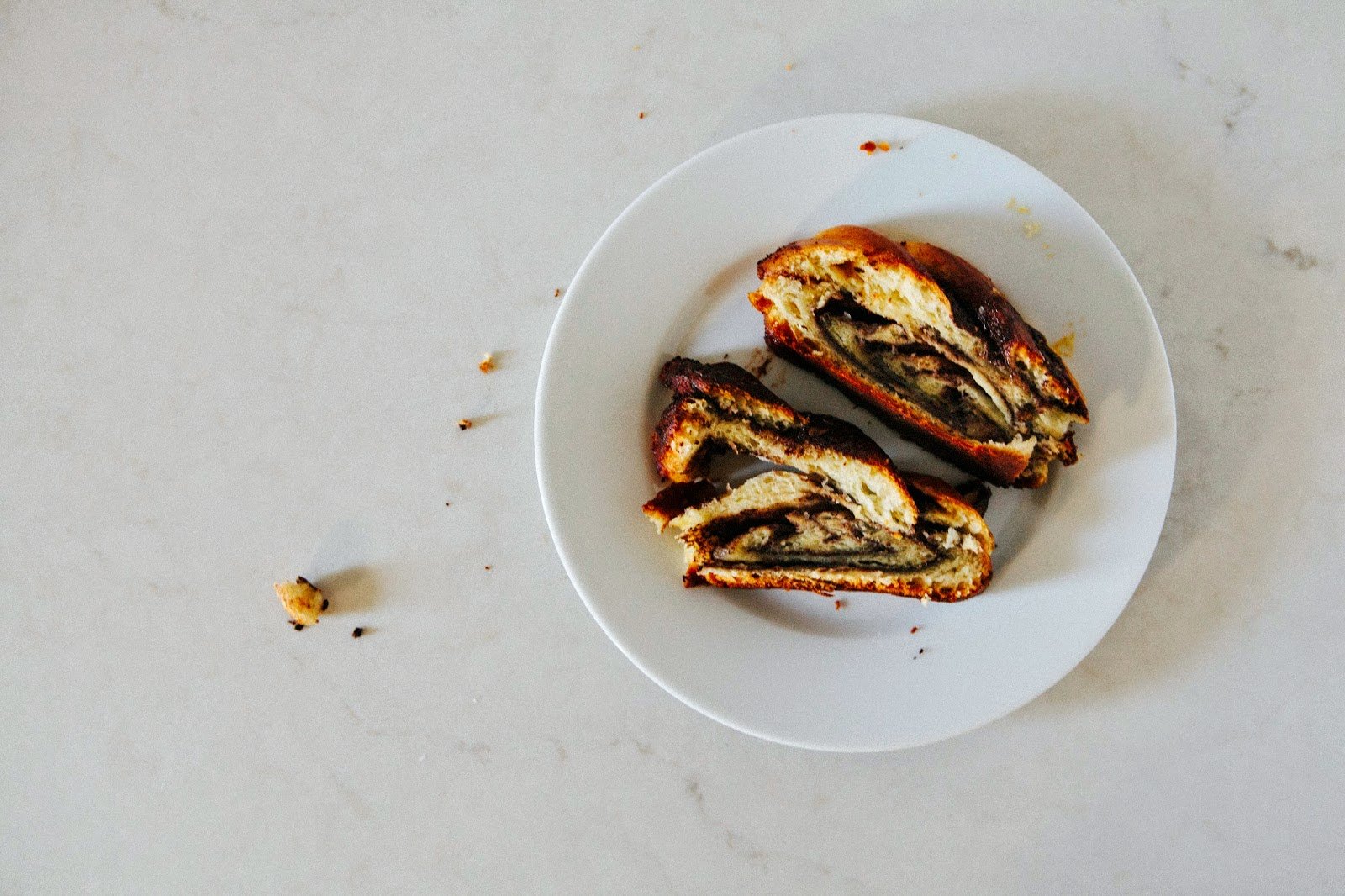 As for the recipe itself, I was pleasantly surprised to find that the babka wasn’t actually that hard to make. Sure, it takes a while — you’ve got to let the dough rise overnight, then for another few hours after you’ve rolled and braided it — but most of that time was inactive and spent binge-watching Gilmore Girls on Netflix. As for rolling it out and braiding it, the dough is incredibly forgiving and easy to work with, more similar to pliant Play-Doh that stays together versus a sticky, fussy pie crust. There are a couple tricky steps in the recipe, so I’ve included process shots with the steps. 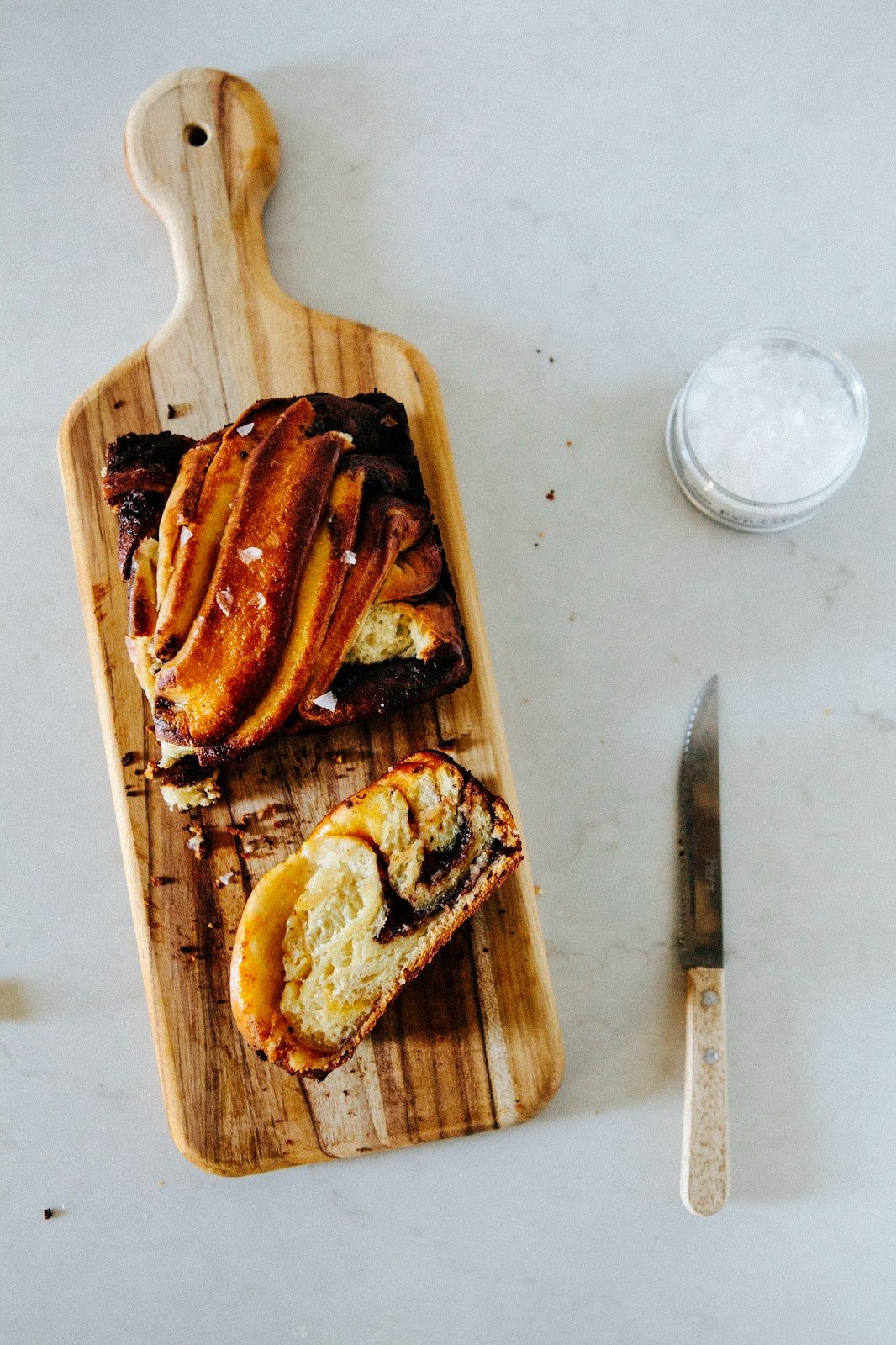 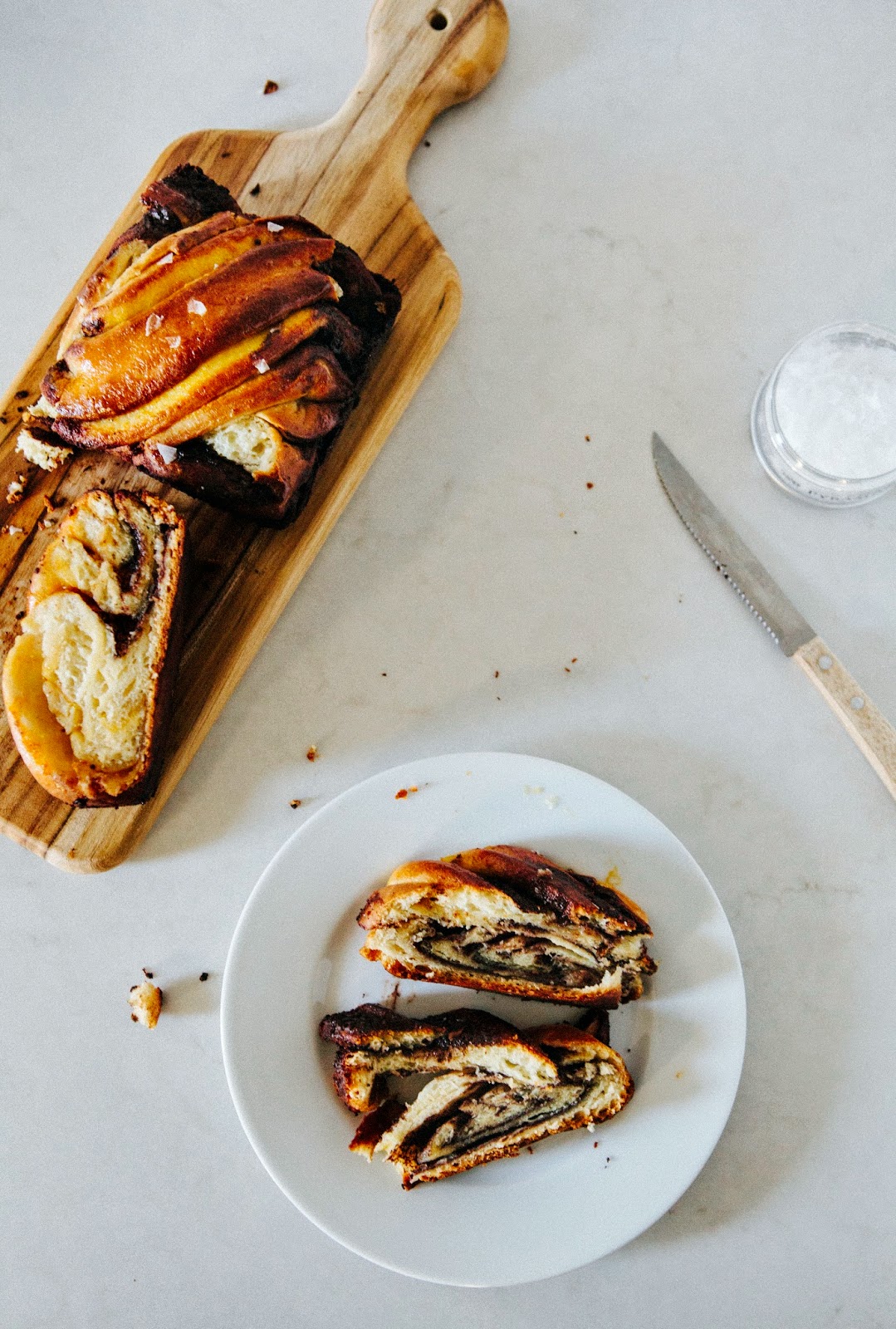 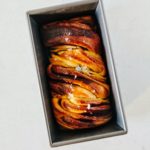 For the Babka Brioche Dough

For the Chocolate Filling

For the Simple Syrup Glaze and Sea Salt Topping

For the Babka Brioche Dough

For the Chocolate Filling

To Bake and Finish the Babkas