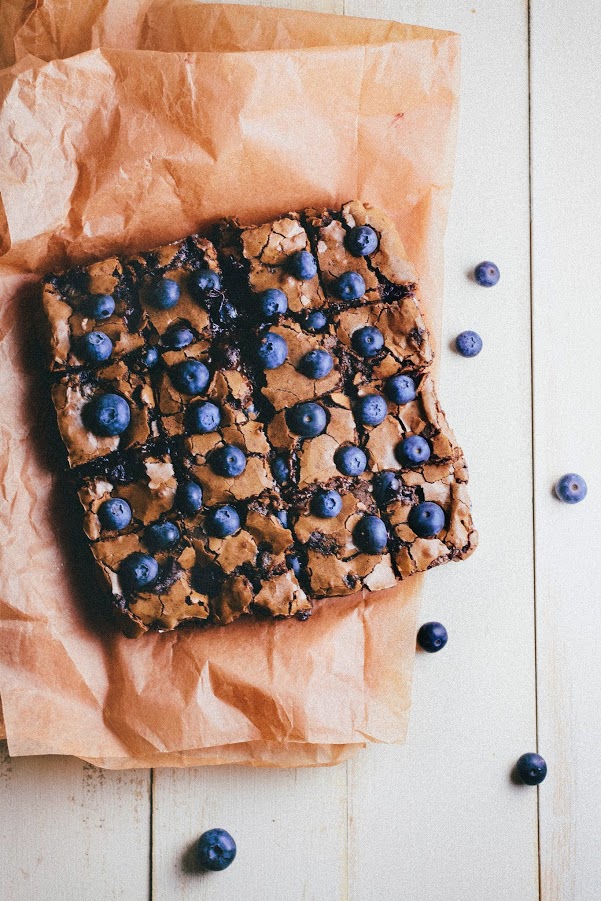 I am week four into my kitchen remodel. What does that mean? That I’ve been without a kitchen for nearly a month now. How am I surviving? Lotttsss of takeout (me and my waitress at my local Thai restaurant are like best buds now) and eating out. Paper plates and plastic forks for salads, sandwiches […] 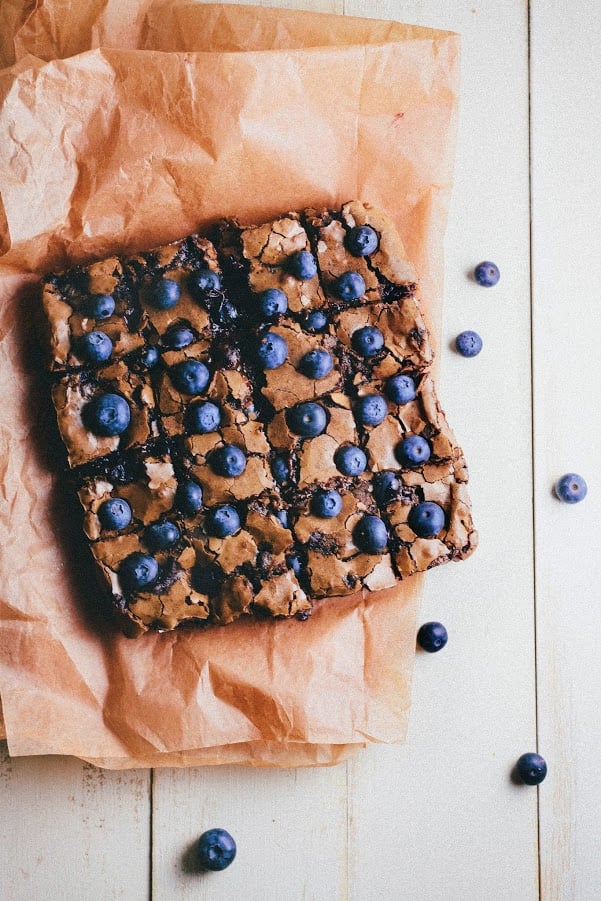 I am week four into my kitchen remodel. What does that mean? That I’ve been without a kitchen for nearly a month now. How am I surviving? Lotttsss of takeout (me and my waitress at my local Thai restaurant are like best buds now) and eating out. Paper plates and plastic forks for salads, sandwiches and tons of stuff from the grill. Without a stove or cooktop at our disposal, Erlend and I have been grilling like crazy! At first it sounded really epic, paleo and primal — cooking our meat and vegetables over an open-flame, just like our ancestors — ROAR! But now, if I’m perfectly honest with you guys, the next time I see a vegetable or some meat whose outer edges have been charred by the grill (as modeled by my friend Noah), I might just hurl it against the wall… because believe me, that charcoal aftertaste loses its appeal fast when you eat it every night.

To prepare for the remodel, I spent the entire month of June frantically baking up a storm to have some blog posts to last me through the kitchen-less weeks. I was like some kind of tornado, baking every night and hastily snapping pictures before moving on to the next recipe. Unfortunately, my carelessness shows — flipping through my camera, I’m disappointed by the quality of my work. In the pictures, you can actually see that I literally just plopped down the dish, took a picture, and moved on with my life. So now I’m torn: is it okay to publish a great recipe with bad photos, or just omit it from the queue completely?

Some of the recipes I decided to file away and just reshoot for later. No point publishing a delicious recipe for key lime pie if it looks like unappetizing green-tinted slop, right? But others, like these blueberry brownie bars, seemed cruel to withhold — especially since blueberries are currently at their prime: 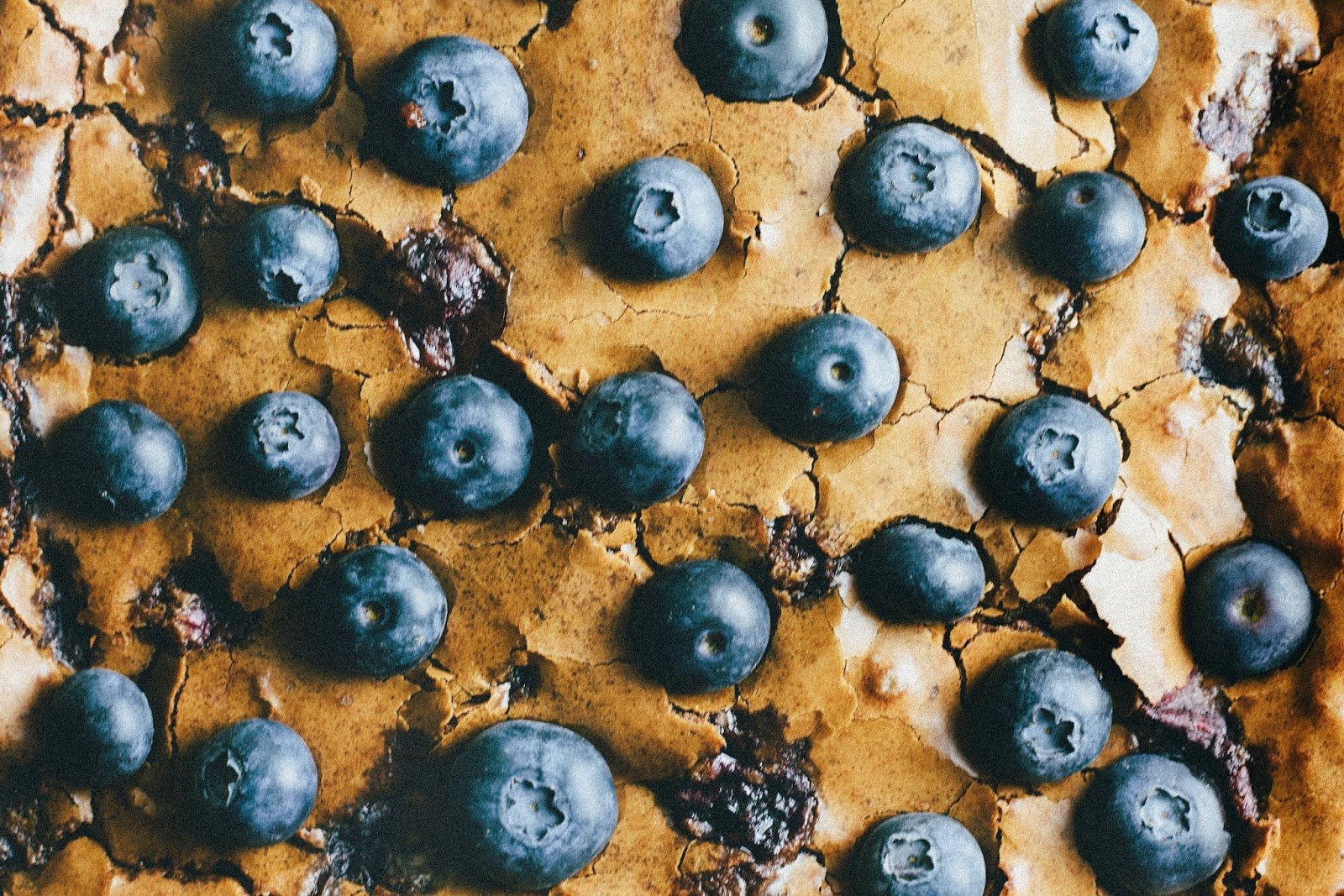 I’m a big fan of throwing fruit into baked bar recipes (ehem, these blondies and these cheesecake bars). Brownies are one of my favorite baked goods, and I couldn’t resist throwing in a handful of fresh blueberries to one of my standby brownie recipes and seeing what would happen. It took a couple of times to get the brownies right — at first the extra moisture from the blueberries wouldn’t let the brownies set, but after a few tweaks like dredging the fruit in flour (see baker’s notes) and increasing my original brownie recipe’s baking time and temperature, they came out perfectly. The blueberries are a wonderful addition to the fudgy brownies, giving the brownies’ dense, fudgy chocolate flavor a fruity edge while maintaining the classic papery and crinkly brownie top. 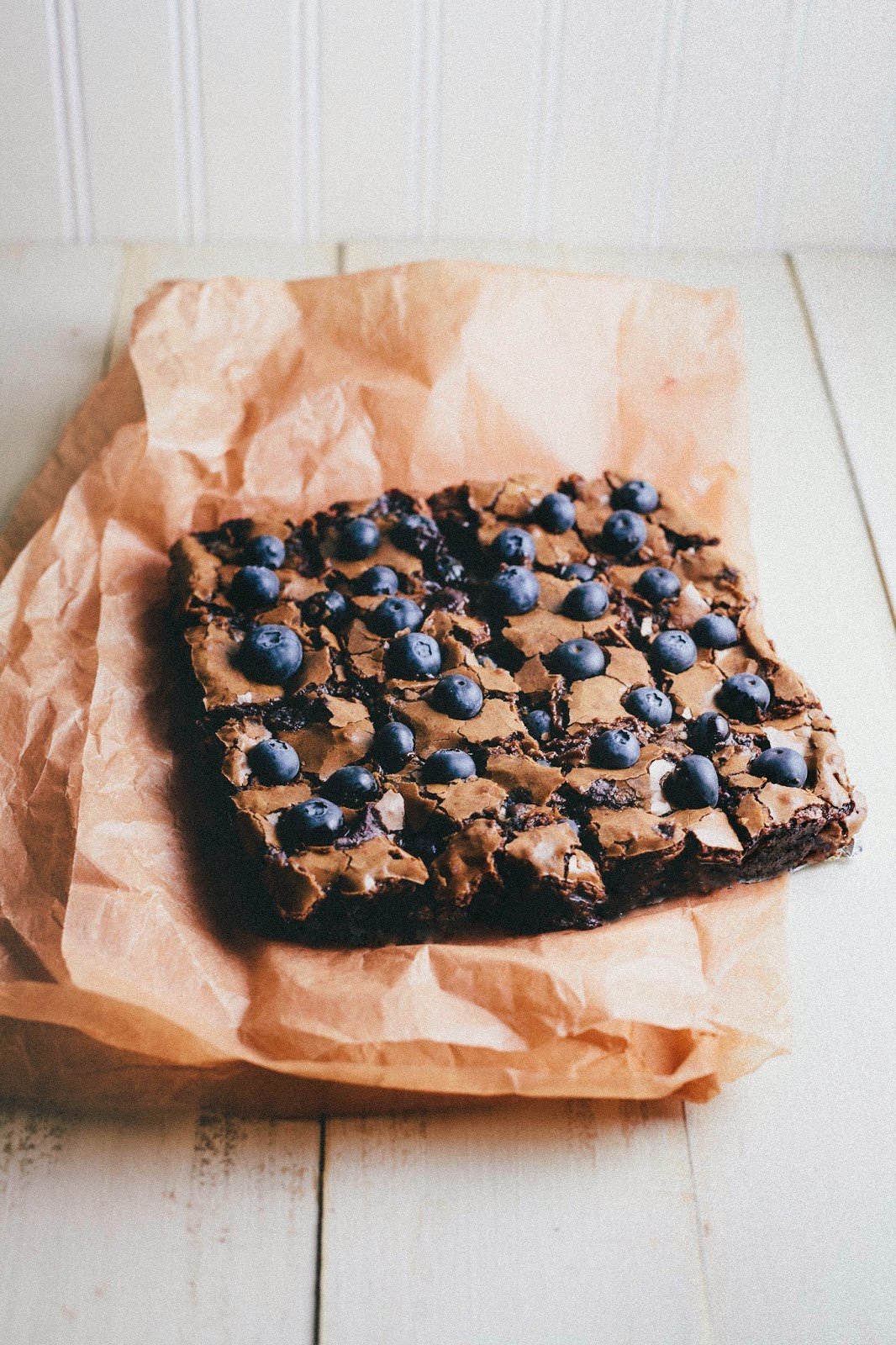 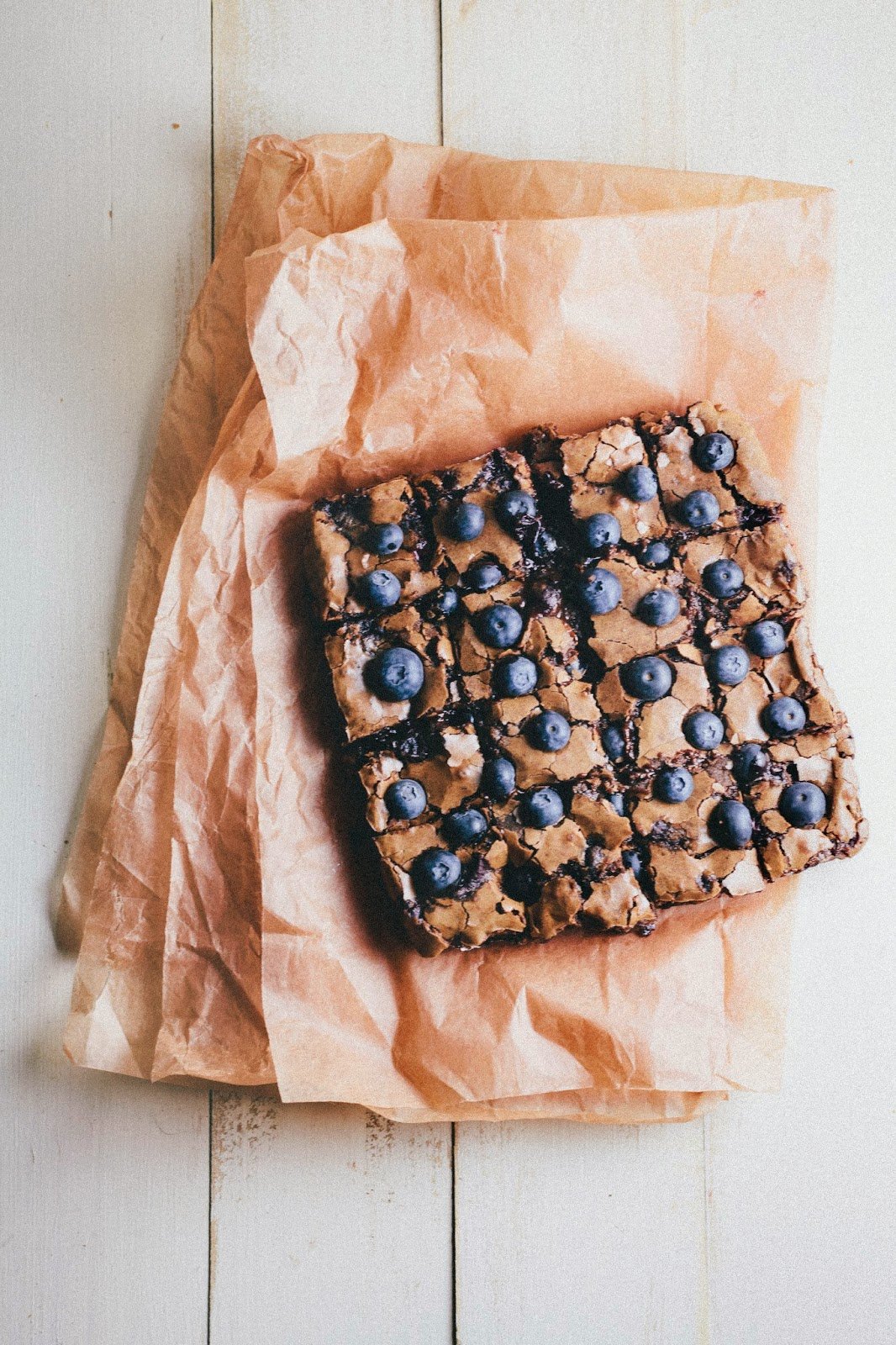 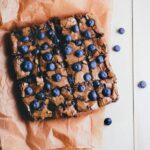 For the Blueberry Brownies