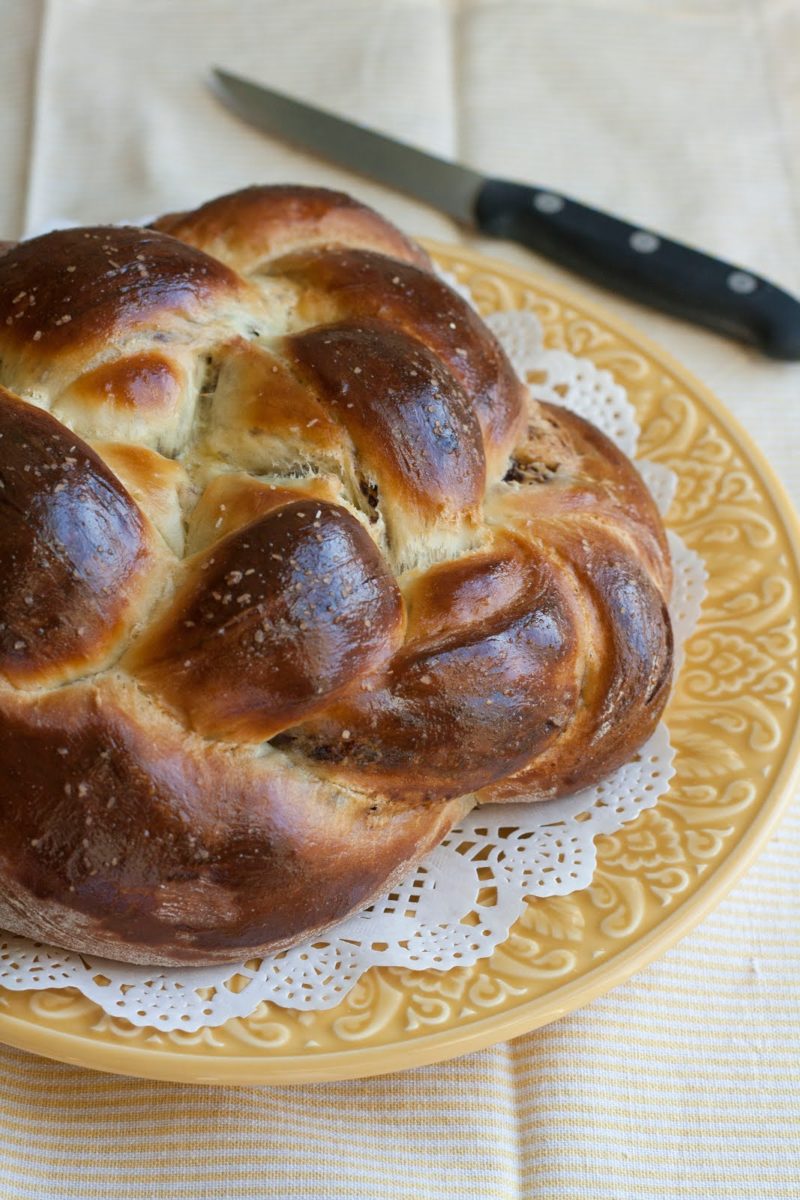 This is it, guys. The end of November. The end of alleged “bread month” on my blog. And how many bread recipes did I post this month? One. Yep, one.   I couldn’t very well let that be the case. So here it is guys, the final week of November, and I’m post my second […]

This is it, guys. The end of November. The end of alleged “bread month” on my blog. And how many bread recipes did I post this month? One. Yep, one.
I couldn’t very well let that be the case. So here it is guys, the final week of November, and I’m post my second bread recipe of the month in honor of “bread month”. But oh, it’s a good one for sure. It’s fig, olive oil, and sea salt challah from Smitten Kitchen: 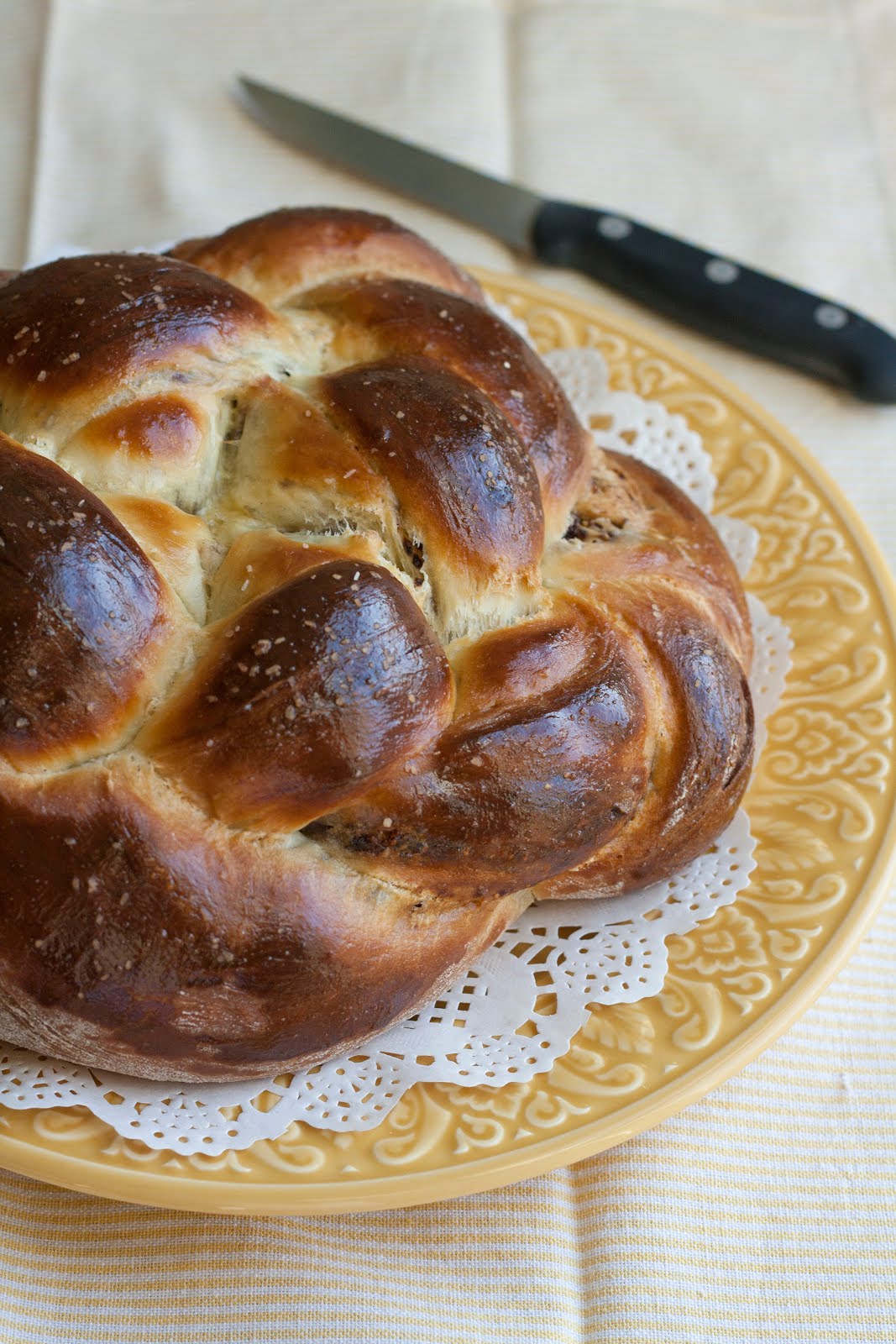 So I’m going to say something that’s probably going to cost me a lot of readers. I’ve never been Smitten Kitchen’s biggest fan. Blasphemy, I know, considering Deb, the blogger behind Smitten Kitchen, is considered a god amongst food bloggers.
But truth be told, I always thought she was a bit, well, overrated. Looking at smittenkitchen.com, nothing really stands out to me as incredible — I mean, don’t get me wrong… the pictures, her recipes, her blog design — all of it is fine. But that’s just it. Everything is simply that. Fine. Dare I say… average? In the golden age of bloggers and beautiful home-taught photographers (like Tartelette or Roost or Cannelle et Vanille or What Katie Ate), why is Smitten Kitchen the one blog getting all the credit?
But then I had the opportunity to hear Deb speak at Powell’s, a local Portland bookstore. And that was when it (realization? understanding?) ran me over like a garbage truck — she was so warm, funny, and gracious, it was impossible to dislike her. Despite my initial skepticism, I was charmed. So I went home that night and read through her recipes and anecdotes. Flipping through her blog, I realized that warmth and kindness she radiated in person shines through in all her posts, something that is incredibly hard to do. I have to admire her for that.
I also came to the bizarre realization that I hadn’t ever really cooked anything from Smitten Kitchen. Here I was, holding a grudge, and I didn’t even really have much basis for it. Deb gets a lot of credit for testing, testing and testing recipes until they’re perfect and foolproof. So if that’s the case, how would her recipe for challah fare? 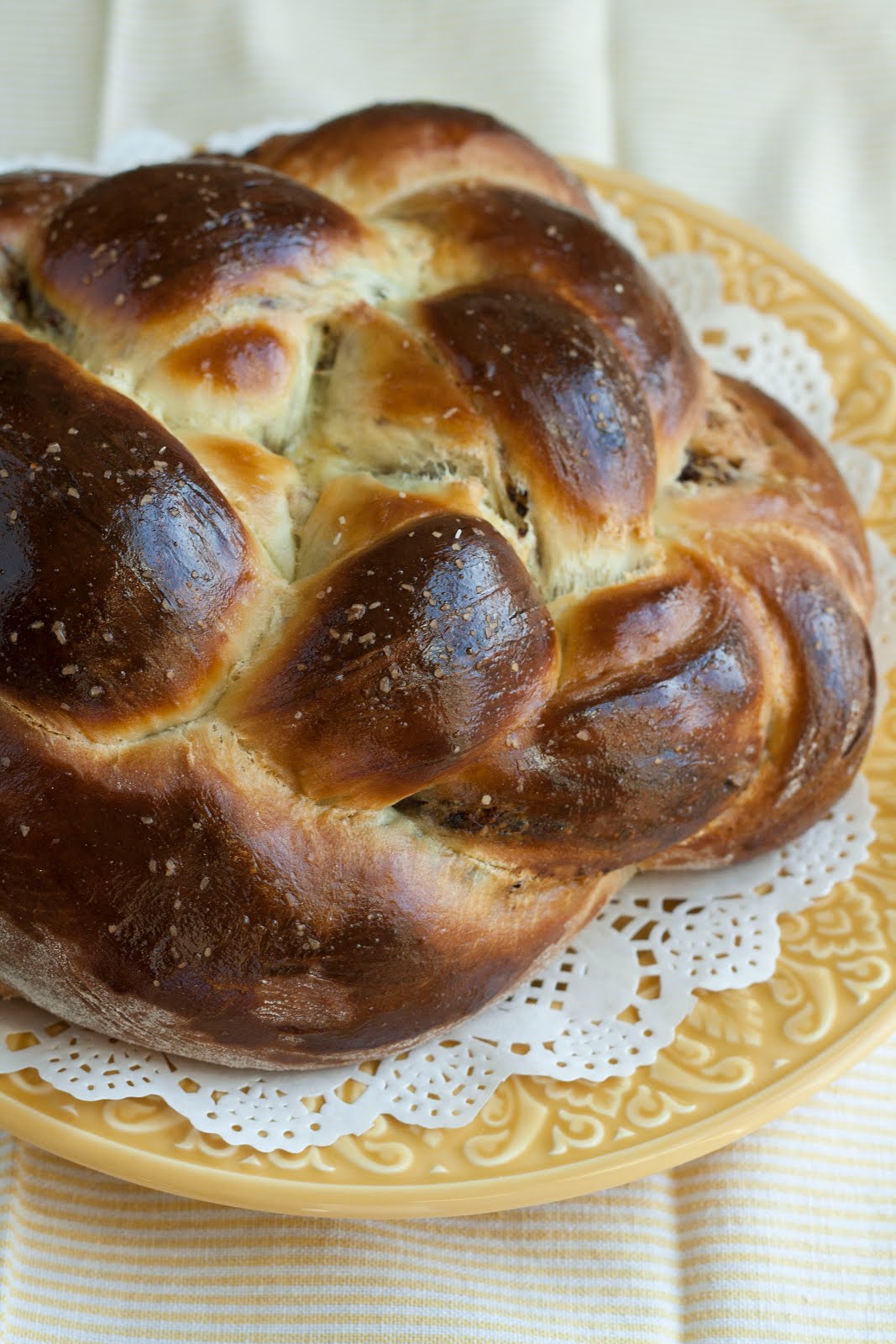 I chose to try Smitten Kitchen’s recipe for challah because I’d always been a little bit scared of making bread. And challah isn’t just any sort of bread, with its complicated braided shape and eggs in the dough. But I must say, this recipe really is foolproof. The loaf it produced had a moist and open crumb with beautiful swirls of orange-soaked fig: 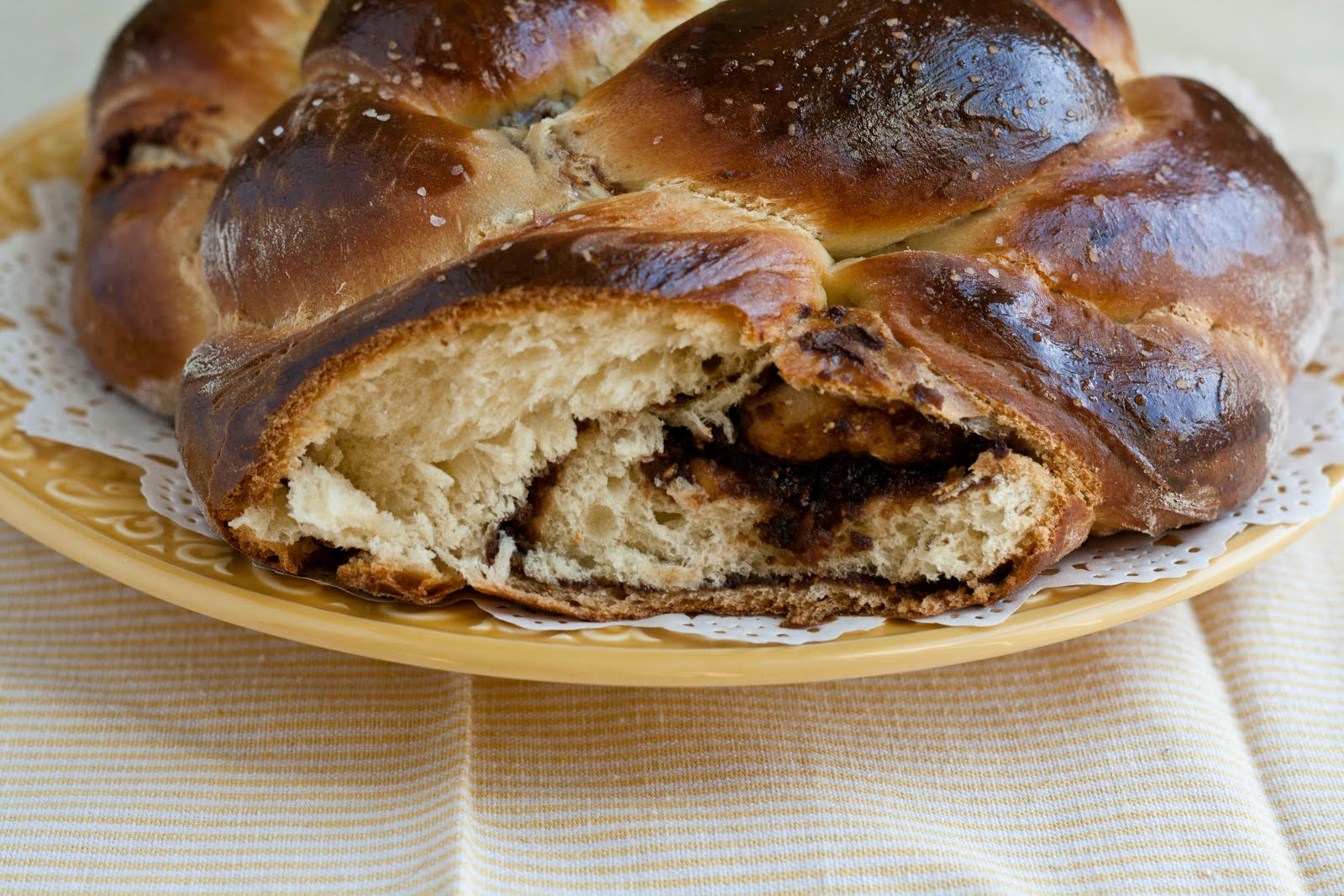 As for weaving the challah braid itself, Deb includes step-by-step photos that make the process go by so much easier. Believe me, I’m not a craftsman at all — I don’t know how to knit, sew, and I’ve certainly got no eye for patterns. To wit, last year, I took a hat-weaving class for kids (yep, it’s a long story) and all the seven-year-olds in the class (yep, I was the only one above the age of 7 in the class) were able to weave their hats easily while the instructor spent most of his time walking me through the motions over and over again (and yep, my hat was still the worst one in the class).
But with Deb’s clear instructions and even clearer instructions, I was able to produce this beautiful braided loaf: 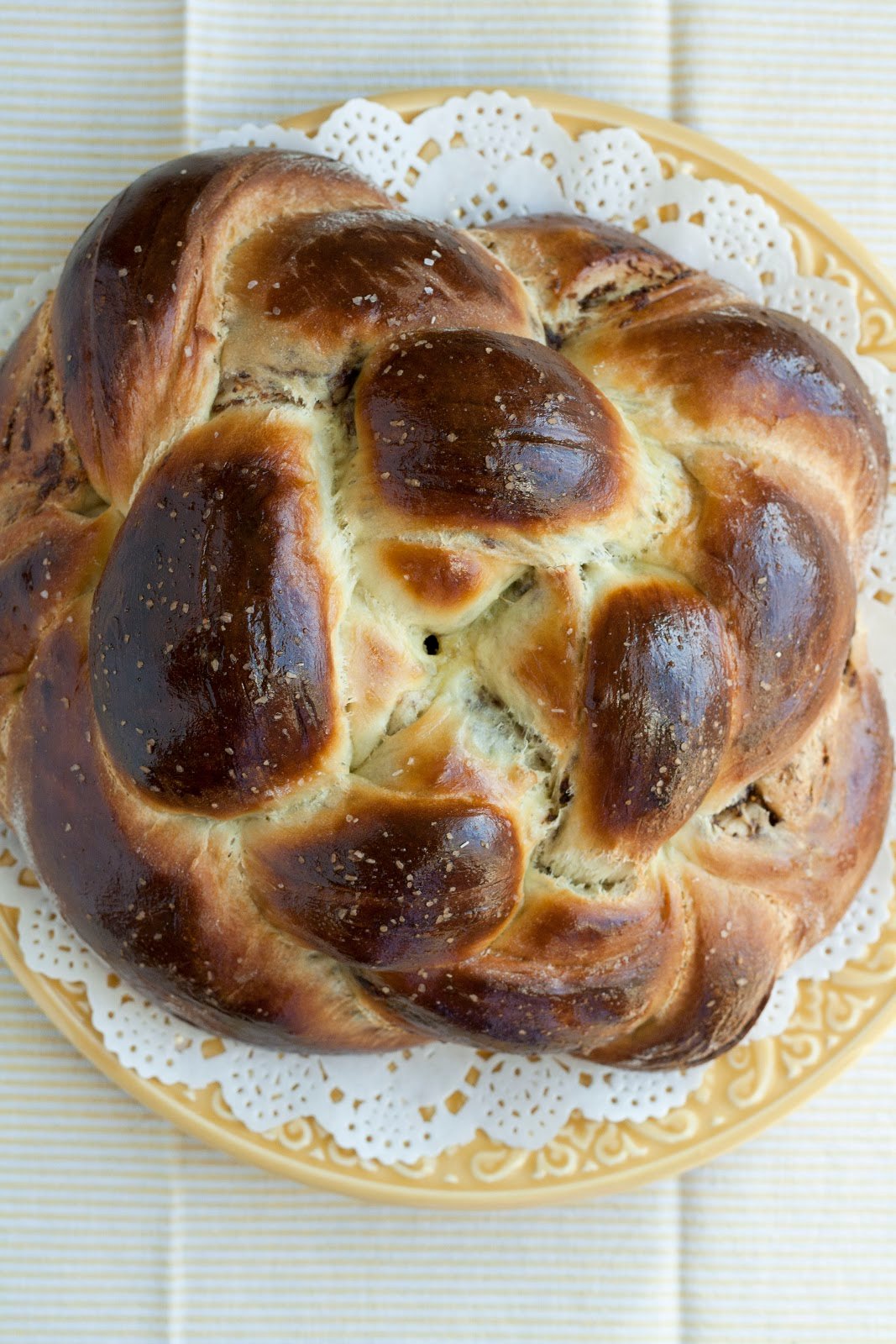 So yep, I get it now. I now know why everybody loves Smitten Kitchen and Deb Perelman. She’s not a god, no no no — it’s just that her truly foolproof, anybody-can-do-this recipes produce delicious and beautiful results that make you feel like a god. Or at least, that’s certainly how I felt when I pulled this beautiful loaf out of the oven. Like a god. Of bread.
I’m posting the recipe here, but you should really head over to her blog (or buy her cookbook) for step-by-step pictures of the challah weaving process. Because in Smitten Kitchen, I trust. 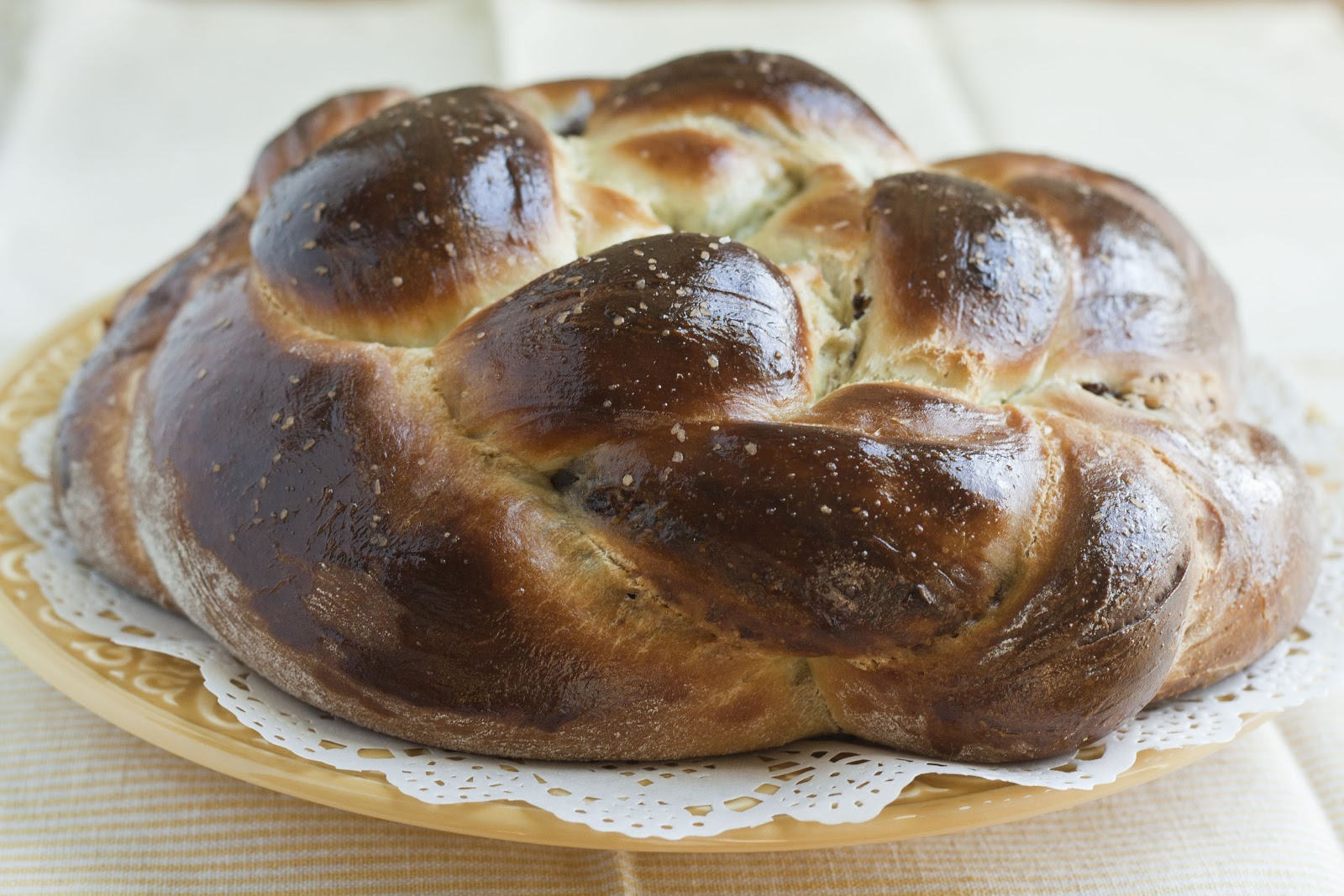 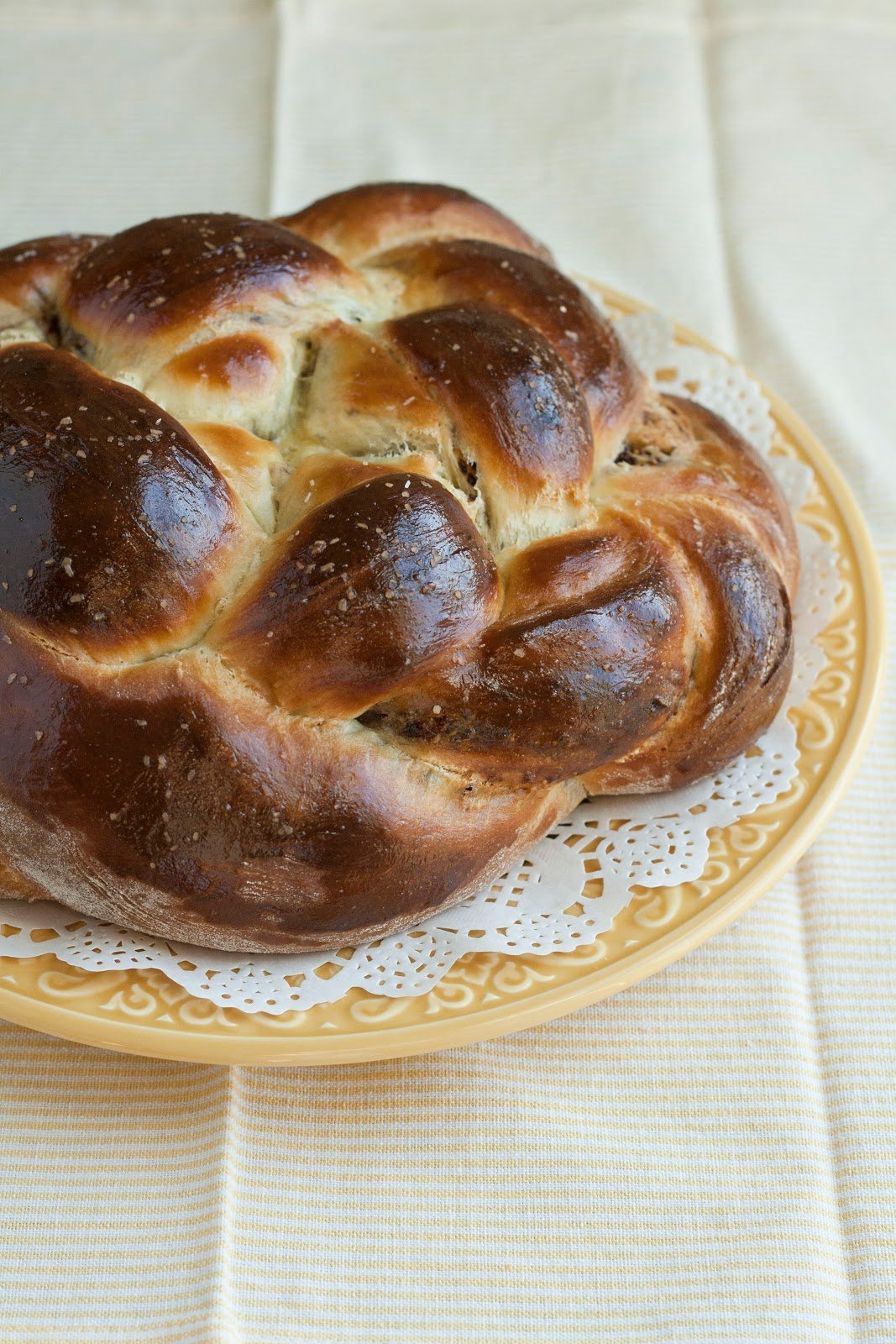 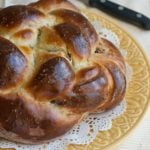 For the Challah Dough

For the Fig Filling

For the Challah Dough

For the Fig Filling

Adapted from The Smitten Kitchen Cookbook