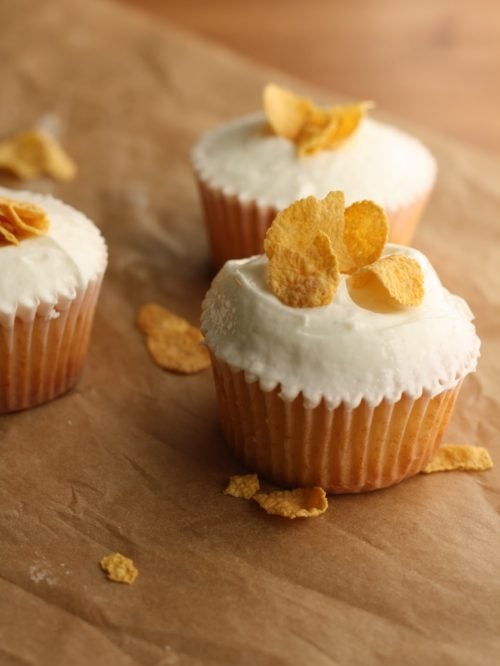 Guys, before we get this party started, I have some exciting news — the official Hummingbird on High twitter account is up and running! Follow the account for new blog posts, recipe tips and tricks, Instagram photos, and all things blog related. … and back to the cupcakes. According to the Momofuku Milk Bar Cookbook, […]

… and back to the cupcakes.

According to the Momofuku Milk Bar Cookbook, cereal milk is the bakery’s most popular item and is what the bakery is best known for. Cereal milk is exactly what it sounds like — milk infused with cereal flavor, created by steeping and seasoning the milk with toasted cereal. You know how when you eat a bowl of sugary breakfast cereal in the morning, the leftover milk has been sweetened by your pile of cereal? Yep. This is basically what cereal milk is. Christina Tosi, executive pastry chef of Momofuku Milk Bar and winner of this year’s James Beard’s Rising Star Chef award, actually sells this stuff for $5 a bottle. She’s even trademarked it too.

She describes cereal milk’s origins in the Momofuku Milk Bar Cookbook as having come from a struggle to bake an original flavor for panna cotta. Which got the wheels in my head spinning. The cookbook talks about all the other things you can use cereal milk for: you can drink it straight, use it in an ice cream base, pour it into your coffee… but what about using it in baked goods? Specifically, how about using it in the one baked good that Momofuku Milk Bar doesn’t specialize in? 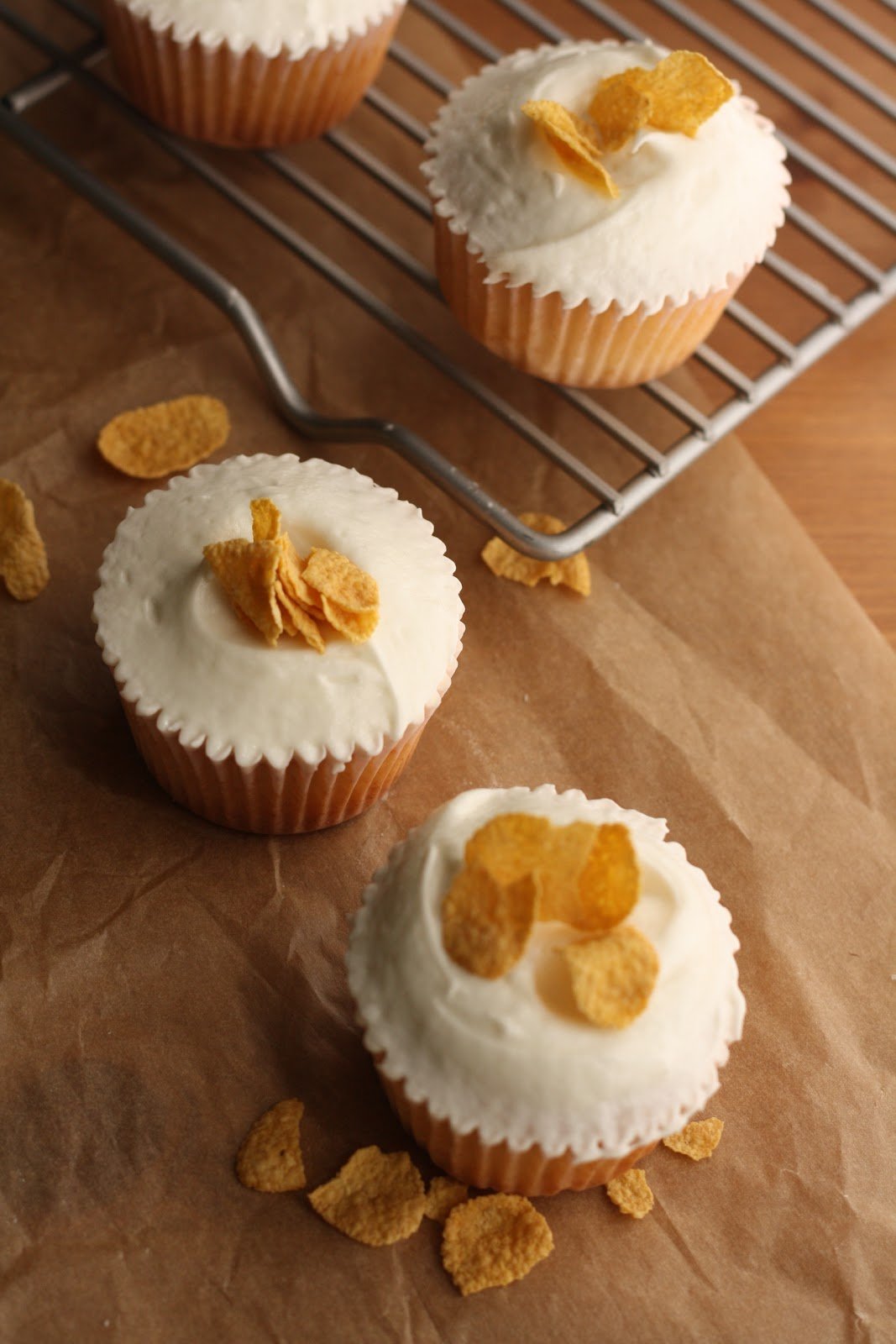 The result was interesting. The cereal milk added a unique and almost salty flavor that complemented the Hummingbird Bakery’s vanilla cupcake recipe very well. My boyfriend said that the cupcakes reminded him of sweet cornbread. Another friend said they tasted exactly like the leftover milk at the bottom of a finished bowl of cereal.

All I know is that I personally couldn’t stop licking the spatula from the frosting bowl. 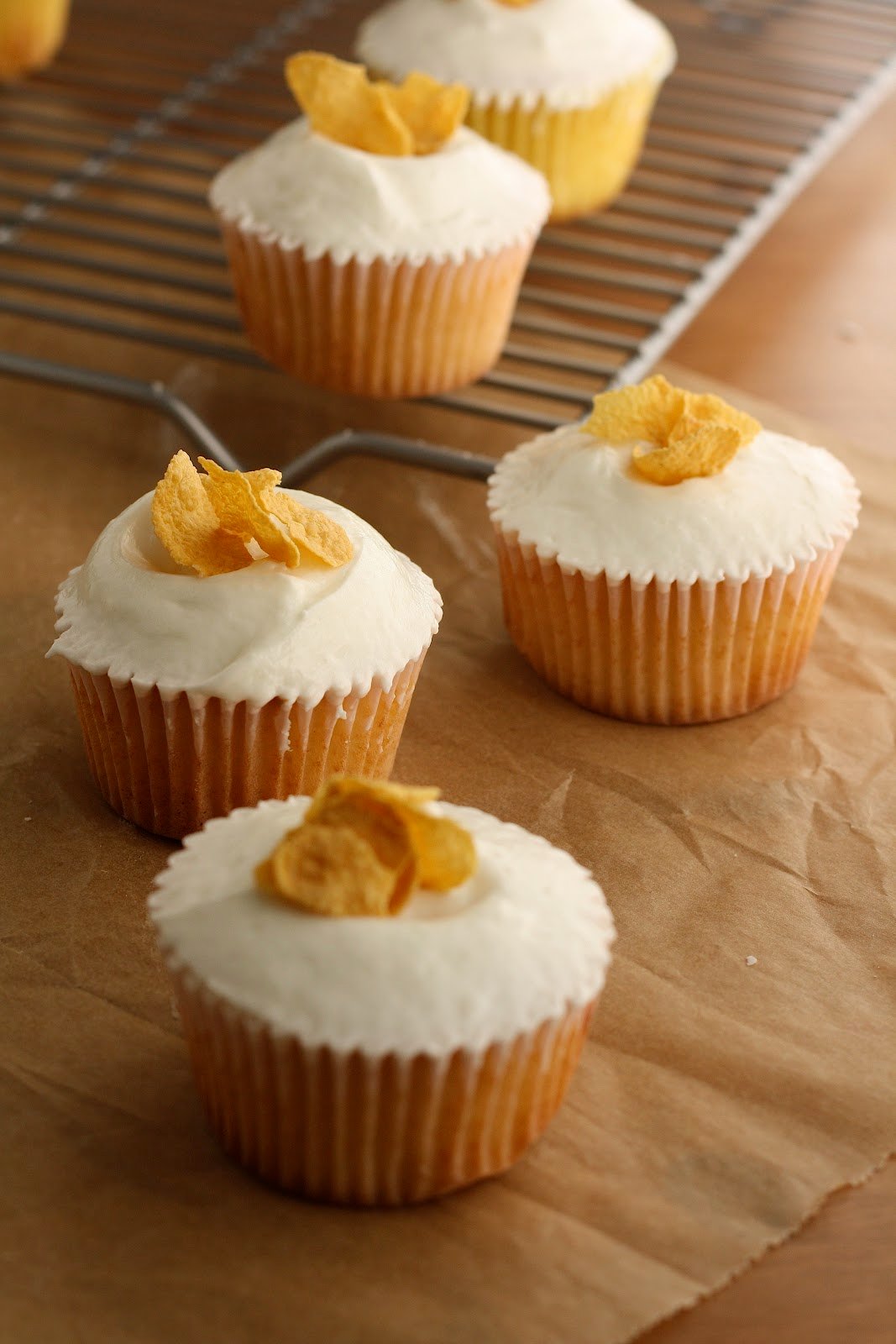 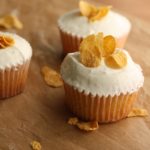 For the Cereal Milk

For the Cereal Milk Cupcakes

For the Cereal Milk Buttercream Frosting 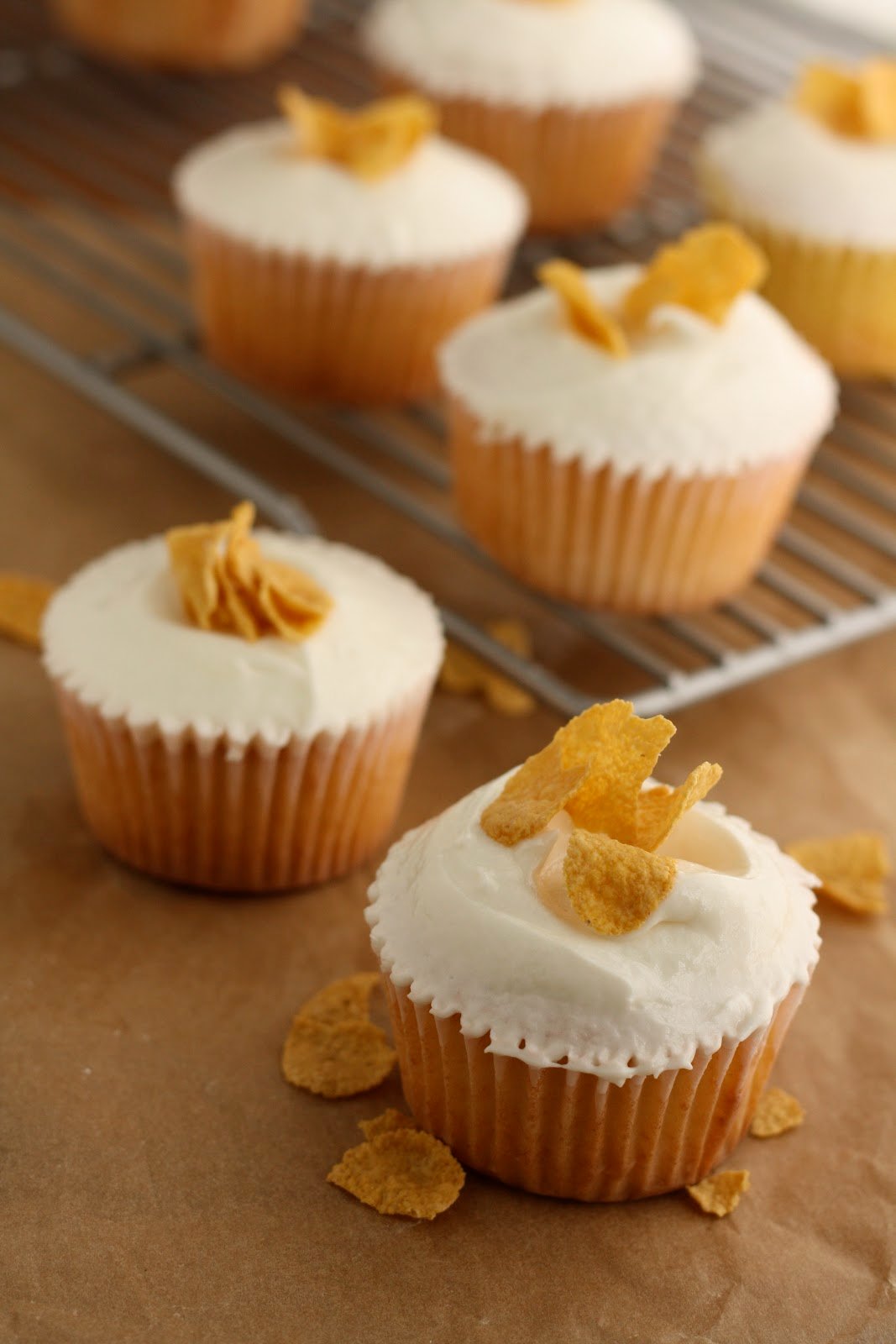 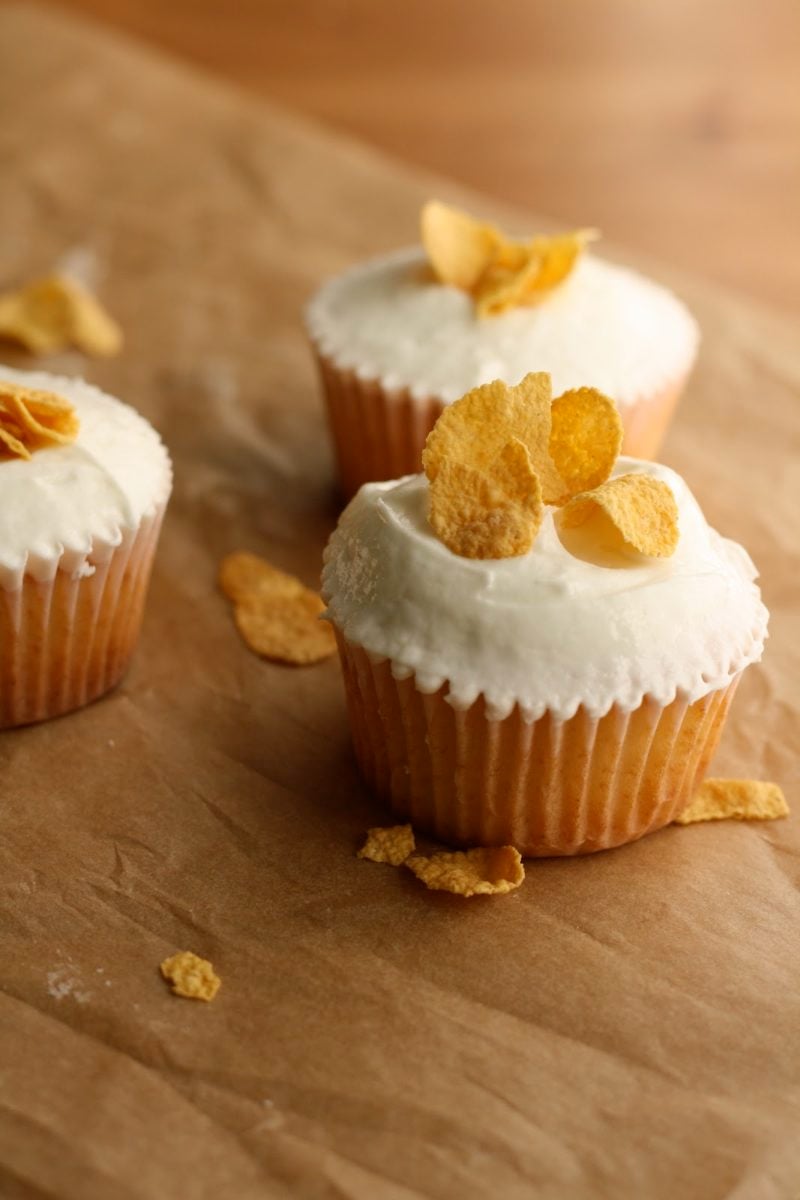