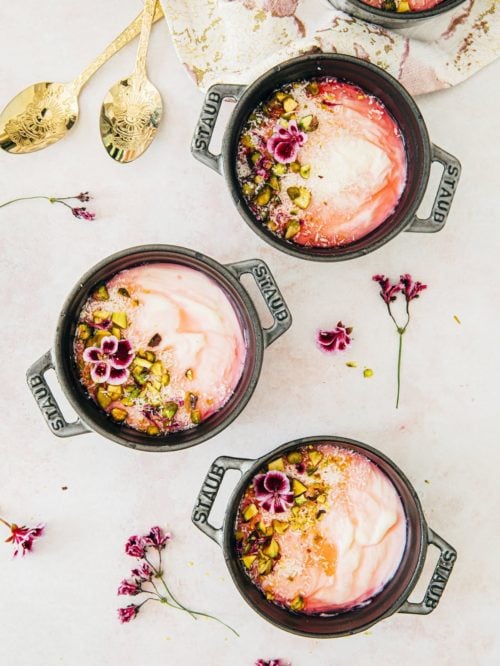 Last month, I had the privilege of touring Israel with Vibe Israel and some of my favorite baking bloggers to learn all about Israeli pastries, sweets, and desserts. It was there that I had my first bite of malabi, a Persian milk pudding. It was perfectly light and creamy, silky and delicious—the very definition of […] 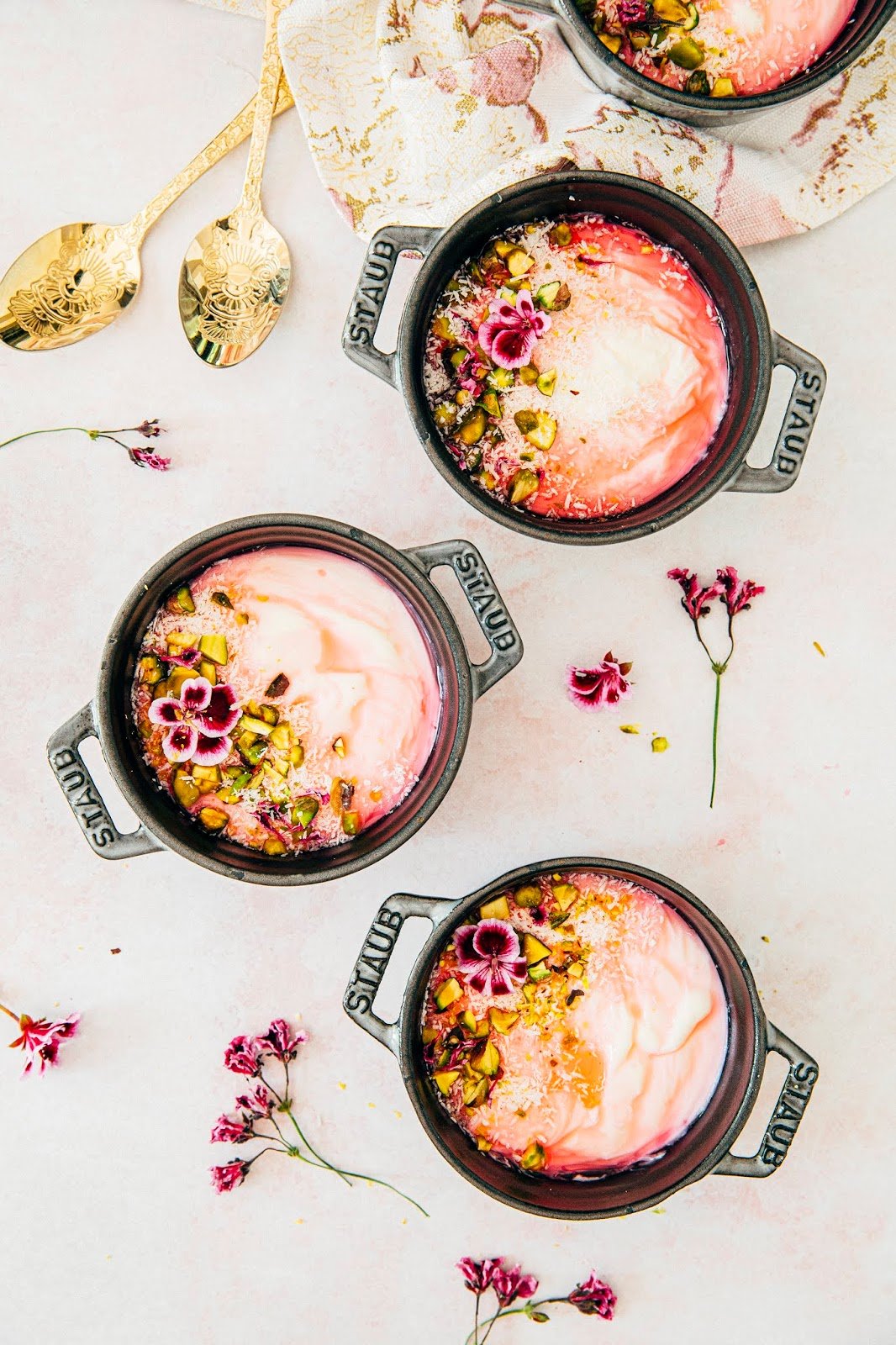 Last month, I had the privilege of touring Israel with Vibe Israel and some of my favorite baking bloggers to learn all about Israeli pastries, sweets, and desserts. It was there that I had my first bite of malabi, a Persian milk pudding. It was perfectly light and creamy, silky and delicious—the very definition of a good pudding. In Israel, they top malabi with a rose water syrup (that’s so vibrantly pink that it doesn’t need an Instagram filter!), along with a generous sprinkling of peanuts and shredded coconut.

Truthfully, I was surprised to find malabi in Israel in the first place. From my understanding, malabi originated from Persia—I’d first heard about it on my trip to Turkey last year—and featured more prominently in Arab cuisine. But I’d also underestimated how multicultural Israel was, and how much of its cuisine is interwoven with that of its surrounding neighbors. One of my favorite things we did on our trip was visit Hatikvah Market in Tel Aviv, where we saw and experienced the extent of this diversity. At Hatikvah Market, we sampled börek and katmer from a Turkish bakery, kubaneh and jachnun from a neighboring Yemenite one, amba and different types of kubbe from an Iraqi deli, lepyoshki bread from Uzbekistan, and cups of Iranian faloodeh. Not to mention that there were lots of traditional Israeli pastries like babka and challah, too. All of this wouldn’t have been possible without the expert guidance from our tour guide, Moni from Bhuka Tours. Moni actually lives in Hatikvah and it was such a joy and privilege to learn about everything from the point of view of somebody with such love and pride for the neighborhood. 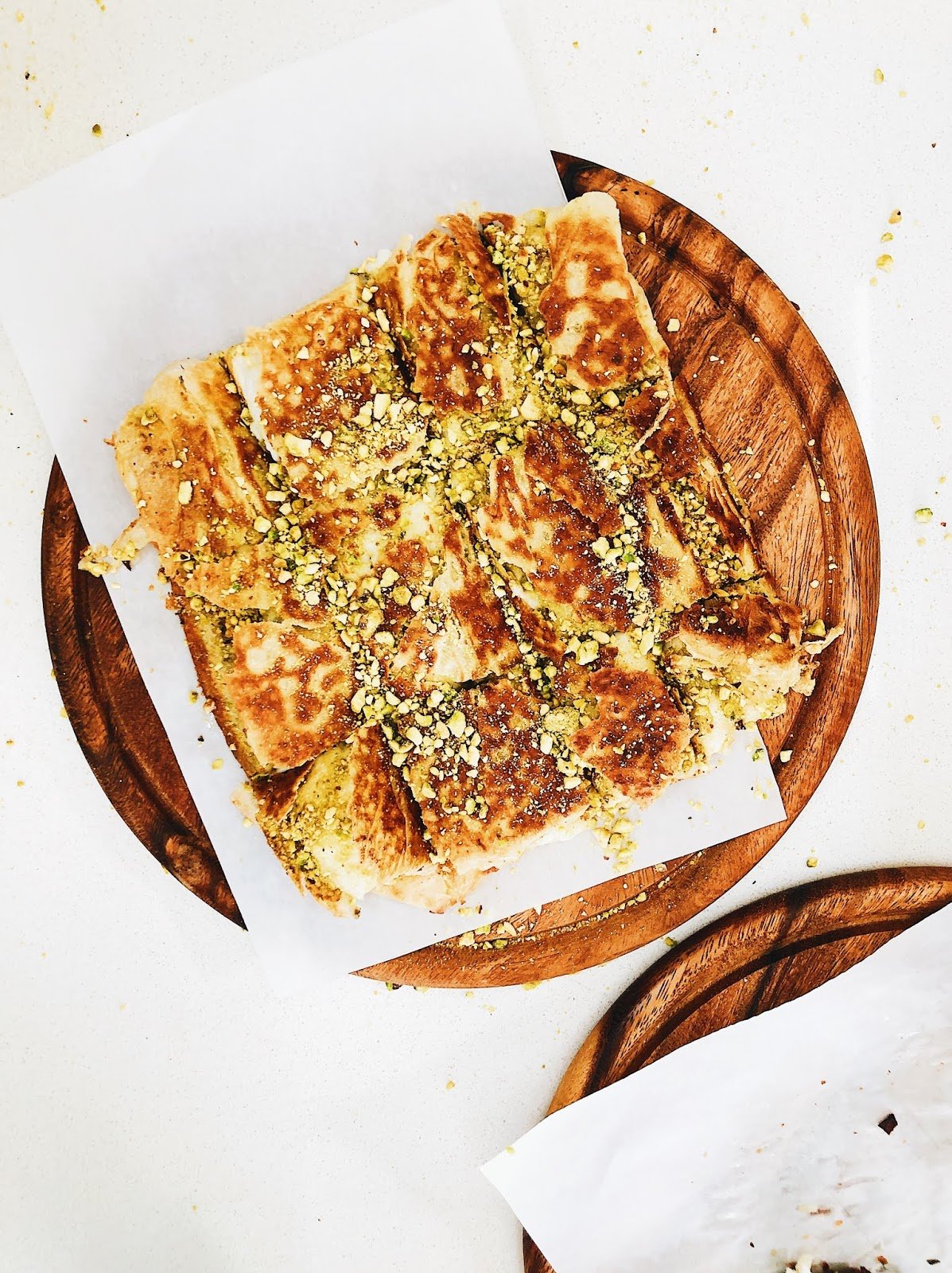 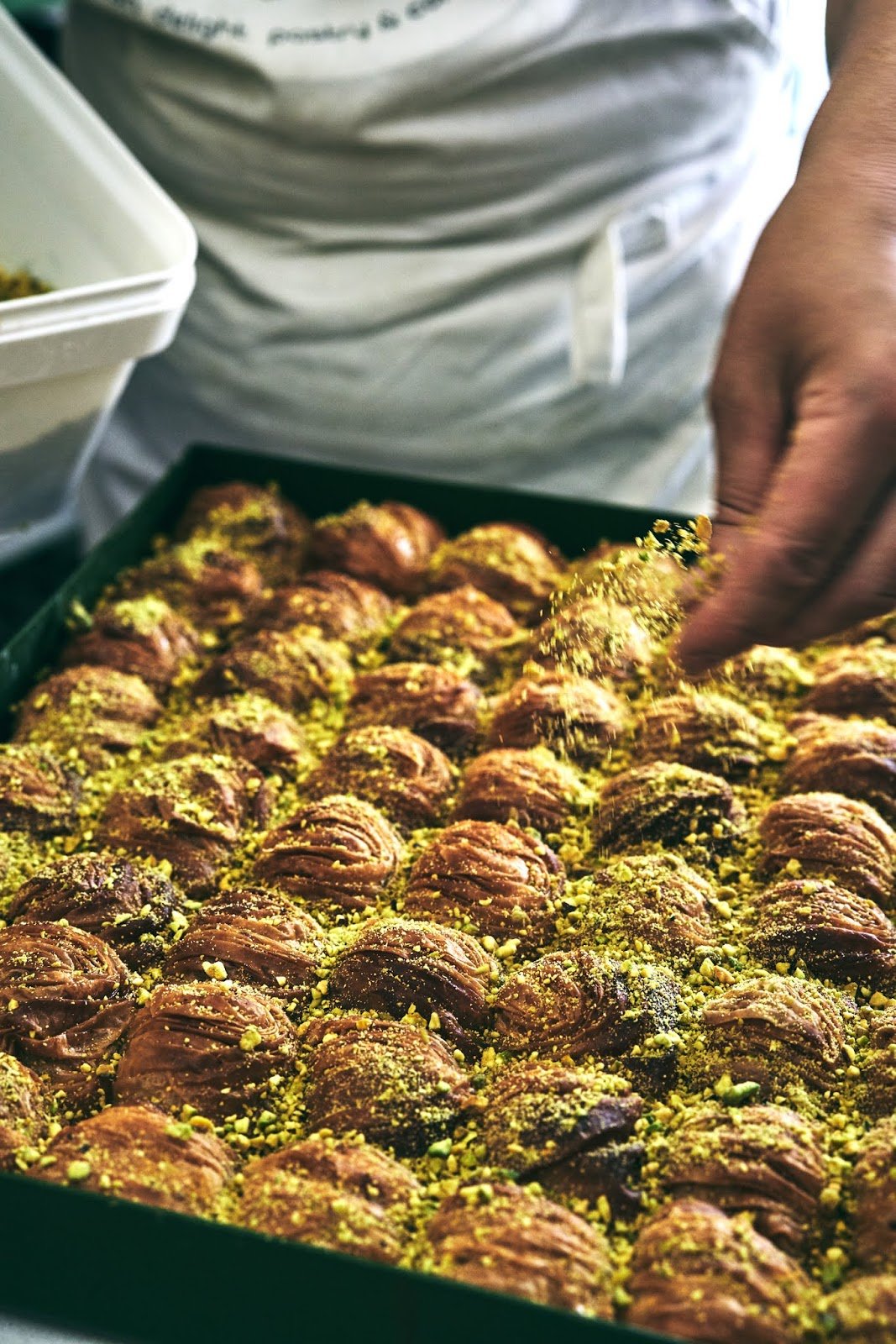 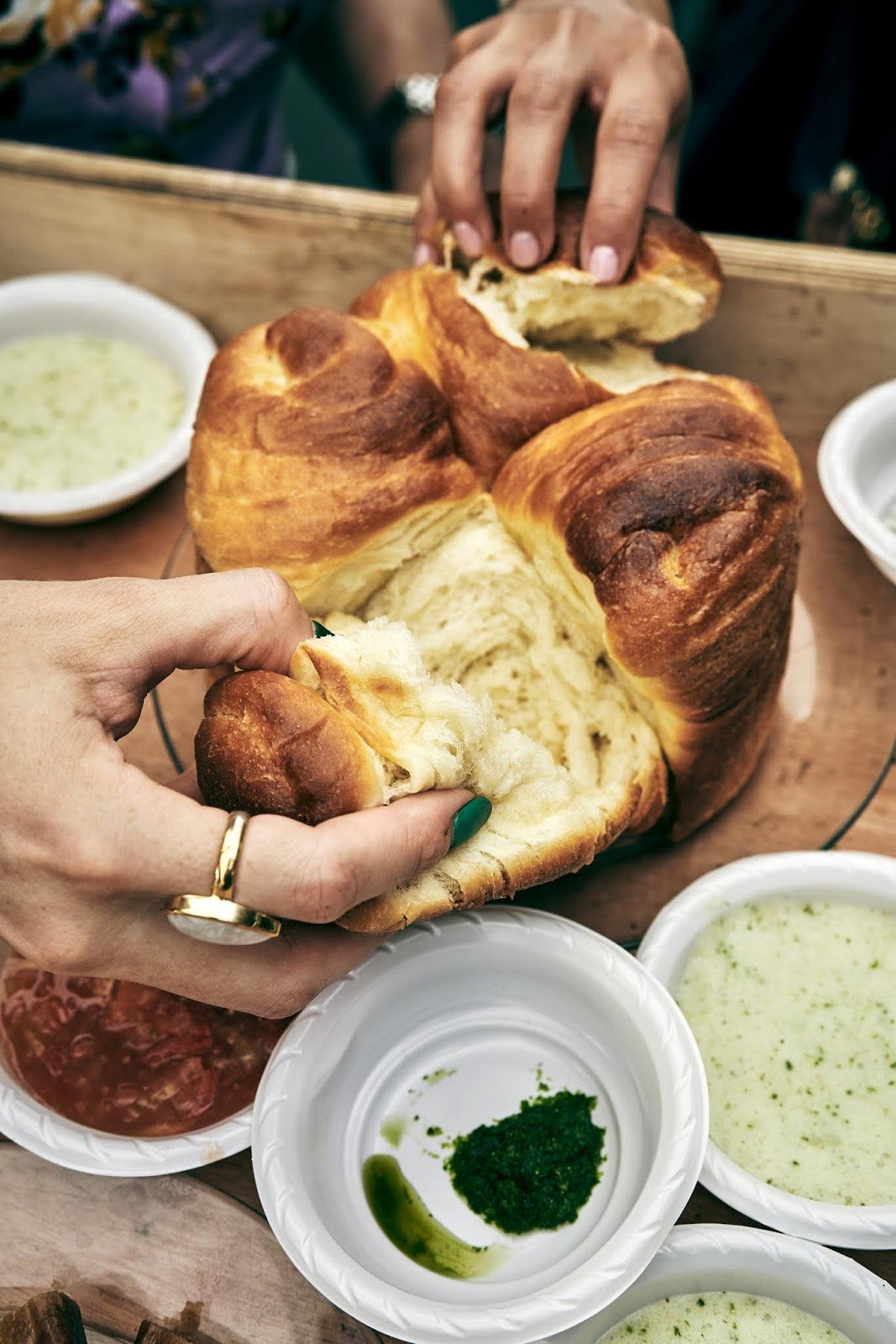 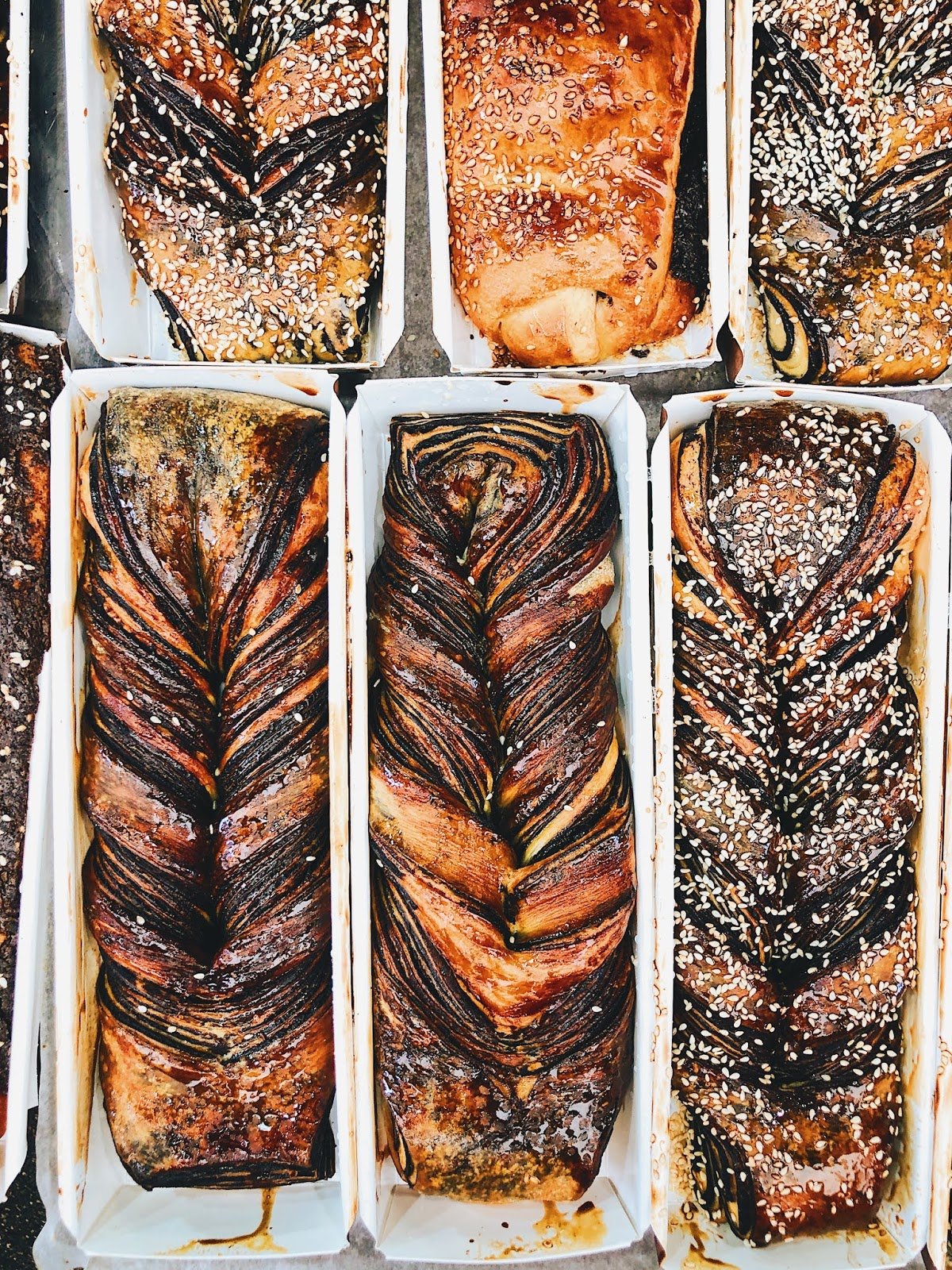 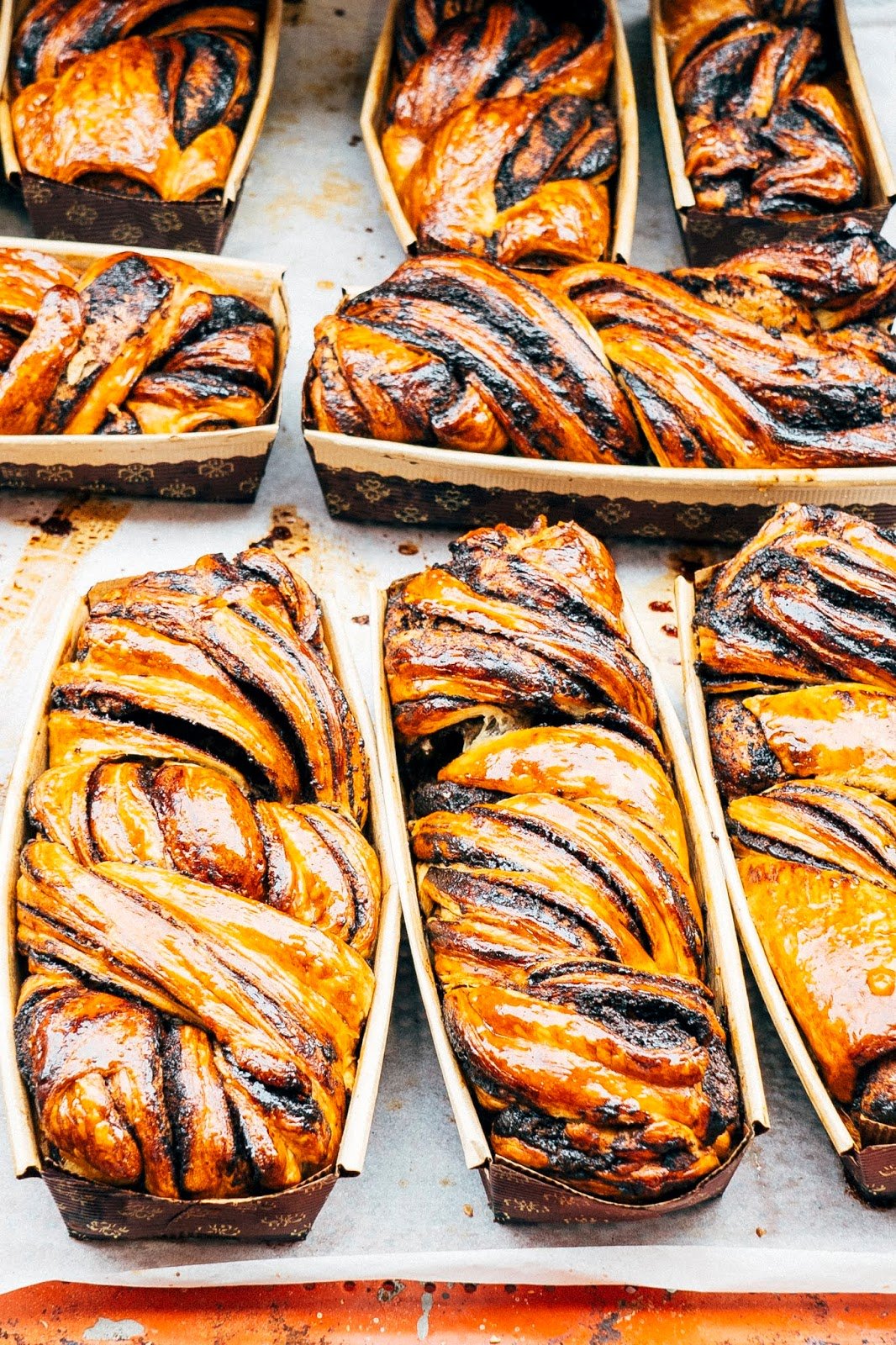 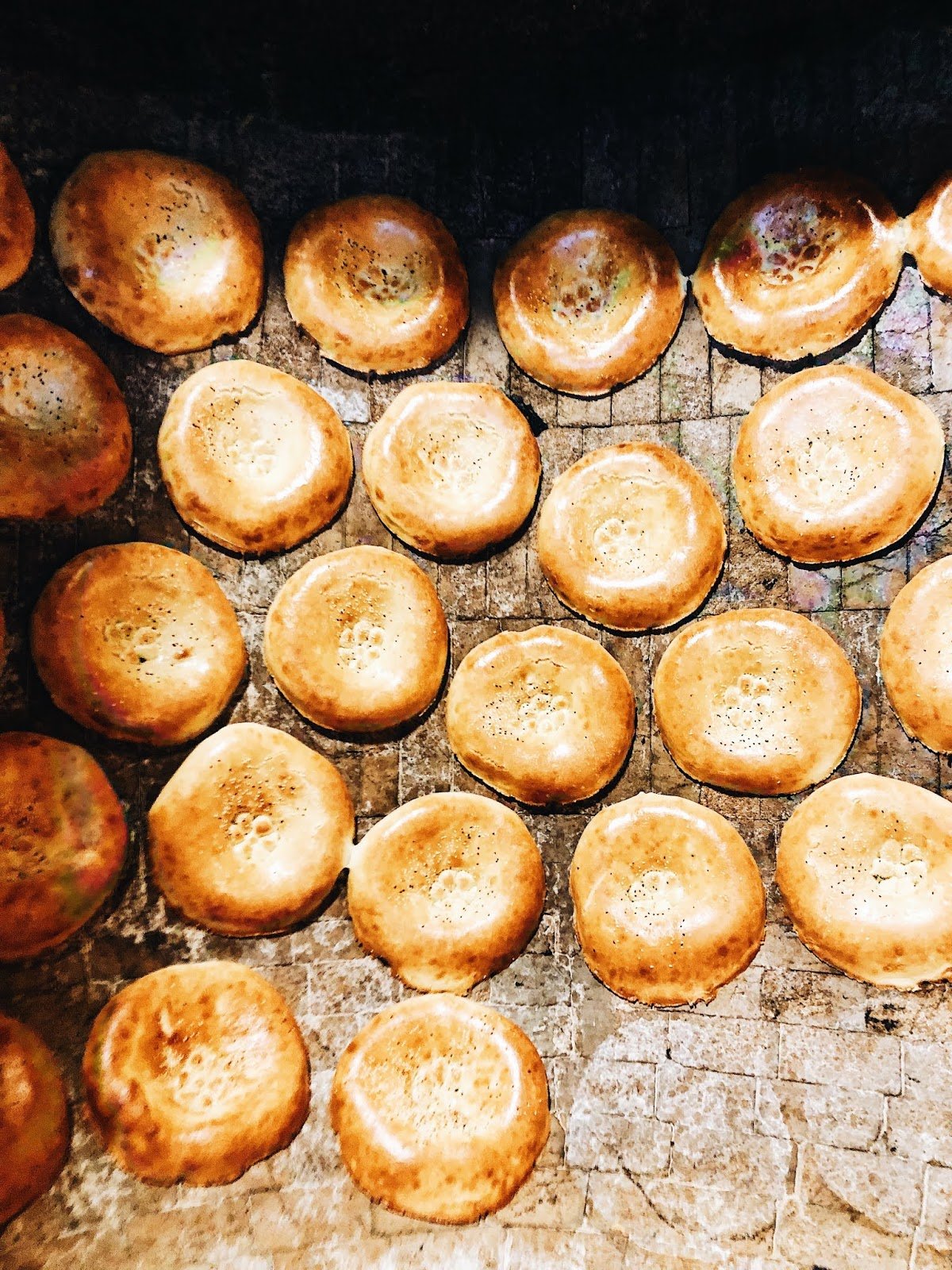 Everything was delicious, but I just couldn’t get the malabi out of my head. I’m usually pretty resistant to sweets and desserts flavored with flowers. It’s a fine line using those extracts, and a heavy-hand can lead to a soapy tasting desserts. But this malabi was perfect. It wasn’t too sweet or overwhelmingly floral—the floral rose water is balanced out perfectly by the silky cream of the milk pudding. 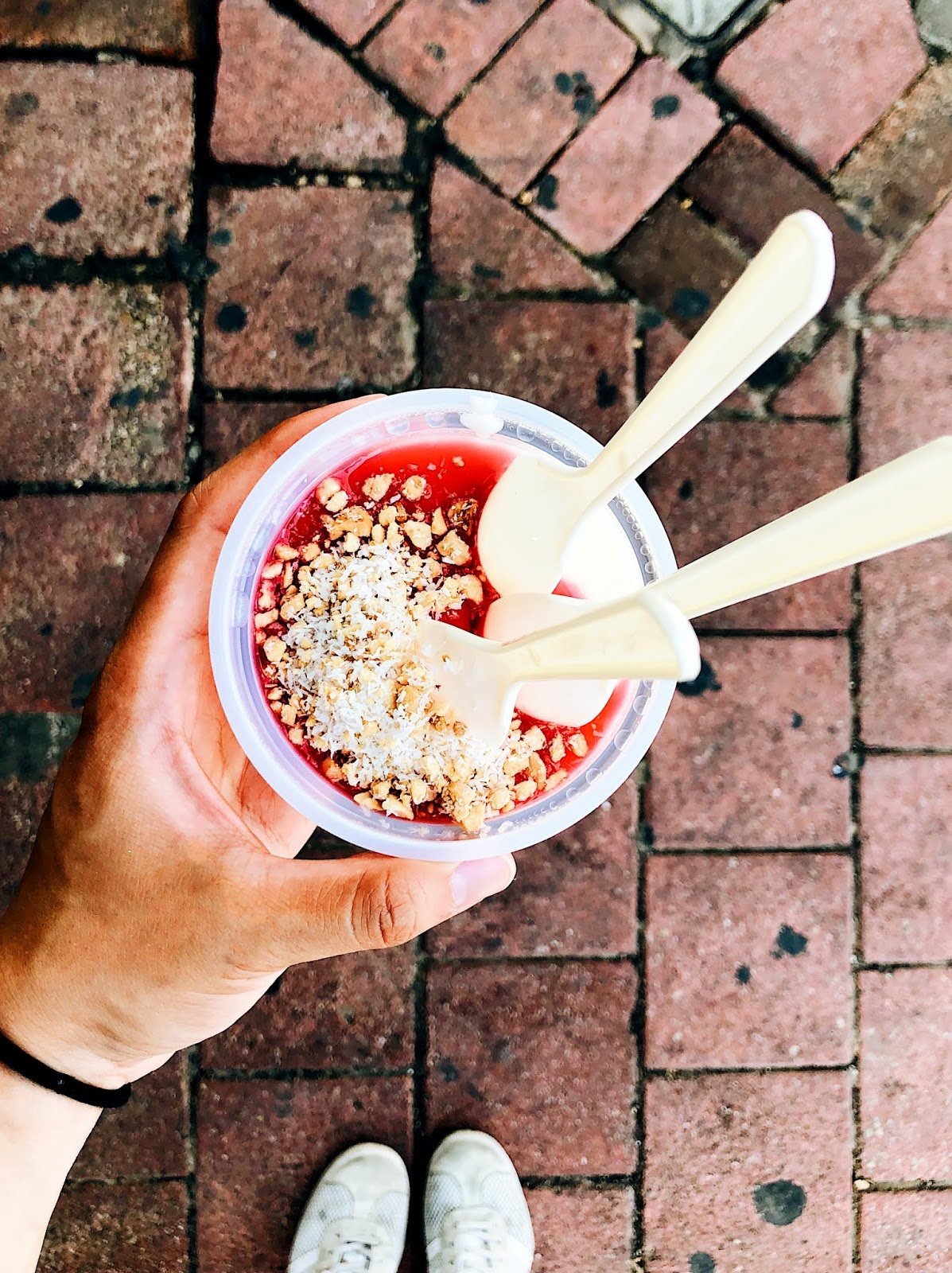 So of course, I’ve been trying to reverse-engineer the recipe since arriving back home. While researching recipes, I learned that malabi has different names (also “muhallebi” and “mhallabiyeh”), and is made with different types of flours (rice flour, cornstarch, etc) and milks (almond, coconut, regular), all depending on the region or country you’re from. For my recipe, I chose to make an Israeli-style malabi, which is made with a combination of milk, cream, and cornstarch. Traditional recipes also use pomegranate syrup or molasses to give the rose water syrup’s distinctive pink color. I initially started out with these ingredients, but kept ending up with syrups that were too tart and overwhelmed the malabi’s delicate flavor (not to mention too dark in color, too). Eventually, both Moni and Majid from The Cinnaman saved me and let me in on the secret to modern malabi syrup: food coloring, lol. 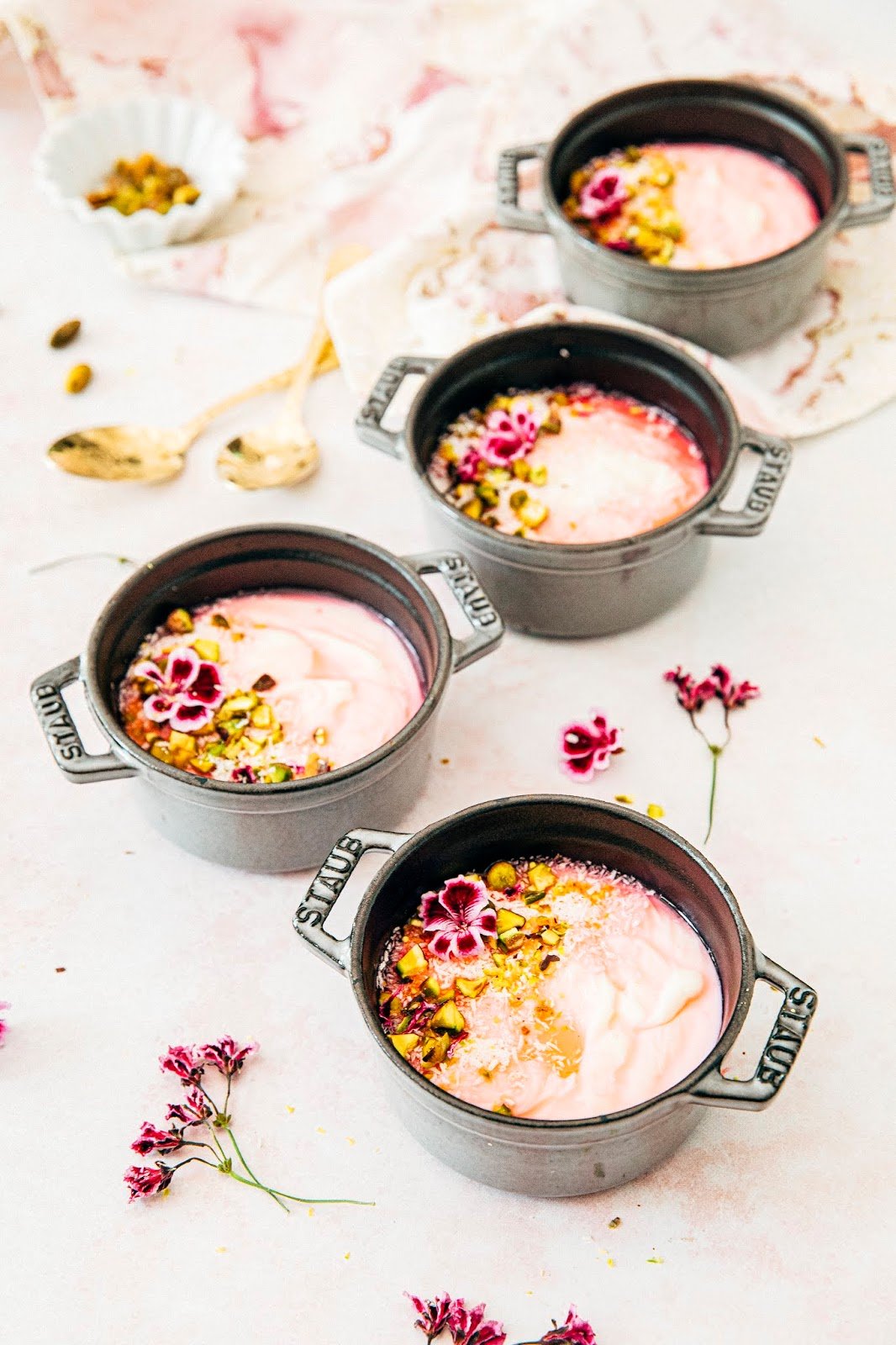 With the mystery of the rose water syrup concluded, I’m happy to report that this malabi looks AND tastes pretty similar to the one I had in Hatikvah Market. But is it as good as the real thing? I honestly think I need to go back to Tel Aviv and find out. Who’s coming with?! ????

A big thank you to Vibe Israel; although I wasn’t given compensation for this post, Vibe Israel organized our entire pastry-focused trip to Israel, including airfare, transport, accommodation, workshops, and tours. Our Hatikvah Market tour with Bhuka Tours was one of the activities of the trip. I feel like I barely skimmed the surface of what we did at the market, so I encourage you to learn more about Hatikvah Market here, here, and here. I also highly recommend taking the food tour if you happen to find yourself in Tel Aviv; our group all unanimously agreed that Moni was one of the best tour guides we’d ever had. All photos in this post were my own, with the exception of the baklava and kubaneh—those photos were taken by our talented group photographer, Amir Menahem. 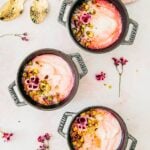