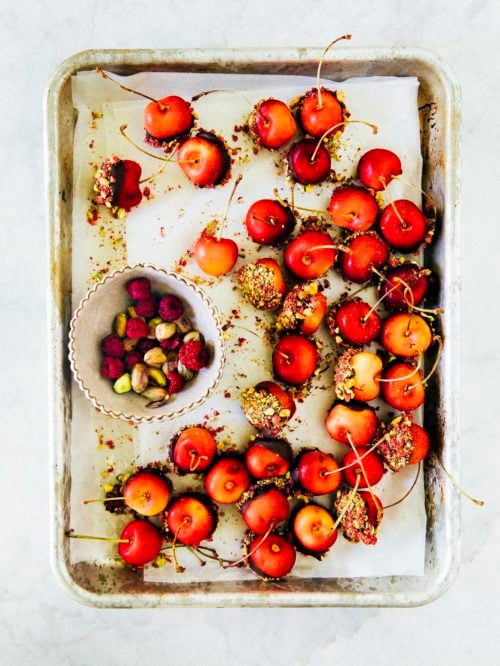 Keeping today’s post short and sweet since I’m officially in CRUNCH TIME for #weeknightbakingbook! My manuscript is due next week (my stomach just did a cartwheel as I typed that) and I’m down to the wire — I’m working on what’s known as “front matter”, a.k.a. the stuff that everybody ignores before they plow straight into […] 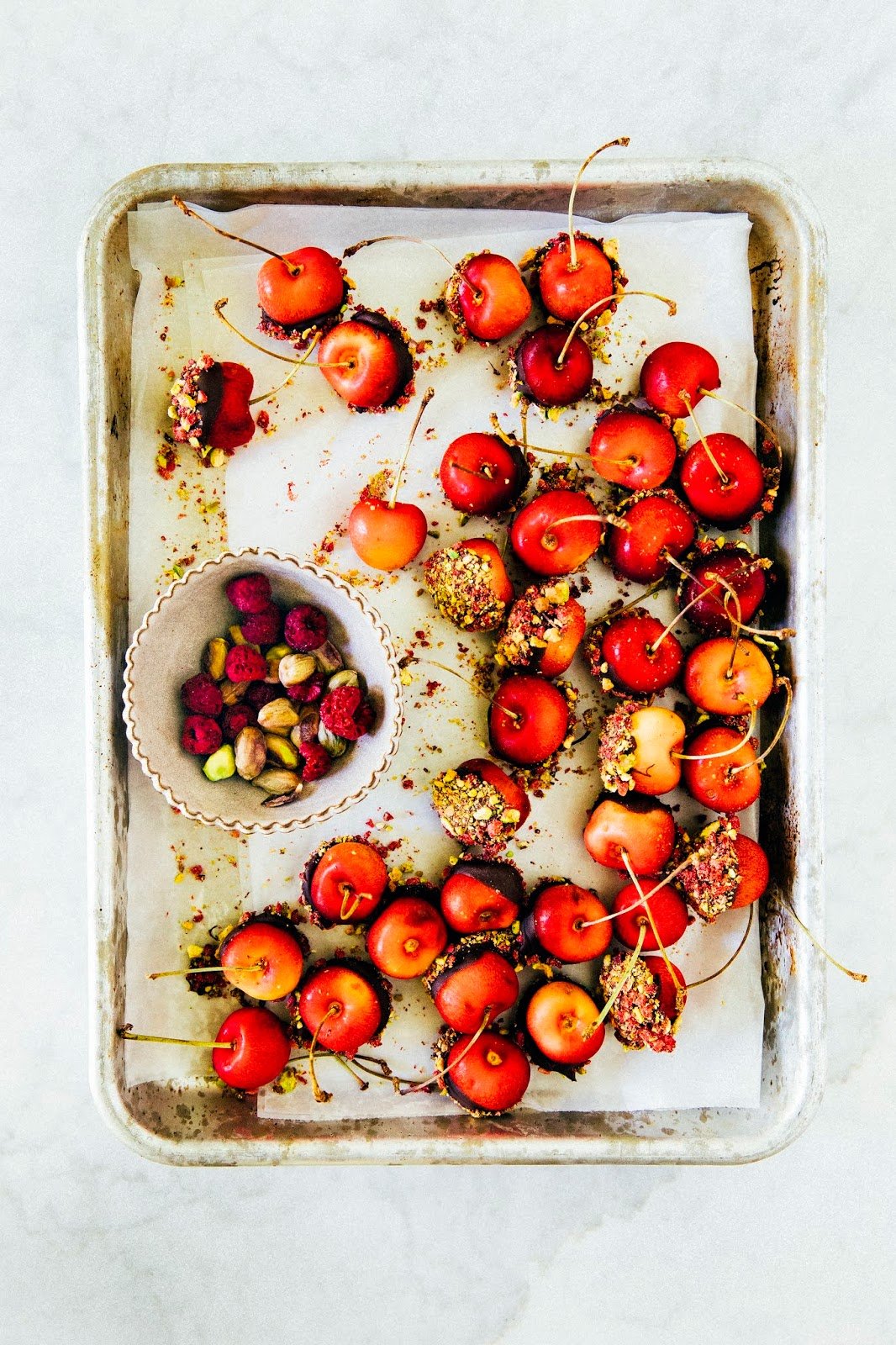 Keeping today’s post short and sweet since I’m officially in CRUNCH TIME for #weeknightbakingbook! My manuscript is due next week (my stomach just did a cartwheel as I typed that) and I’m down to the wire — I’m working on what’s known as “front matter”, a.k.a. the stuff that everybody ignores before they plow straight into the recipes and photos of the book, lol. It can be a little bit heartbreaking to pour so much time and energy into something you know most people will skip, but it’s important to me because I learned so much in the front matter of my favorite baking books (seriously guys — it’s worth reading this section, especially if you own Momofuku Milk Bar or The Four & Twenty Blackbirds Pie Book) and want to do my own book the same justice. *shrug emoji* 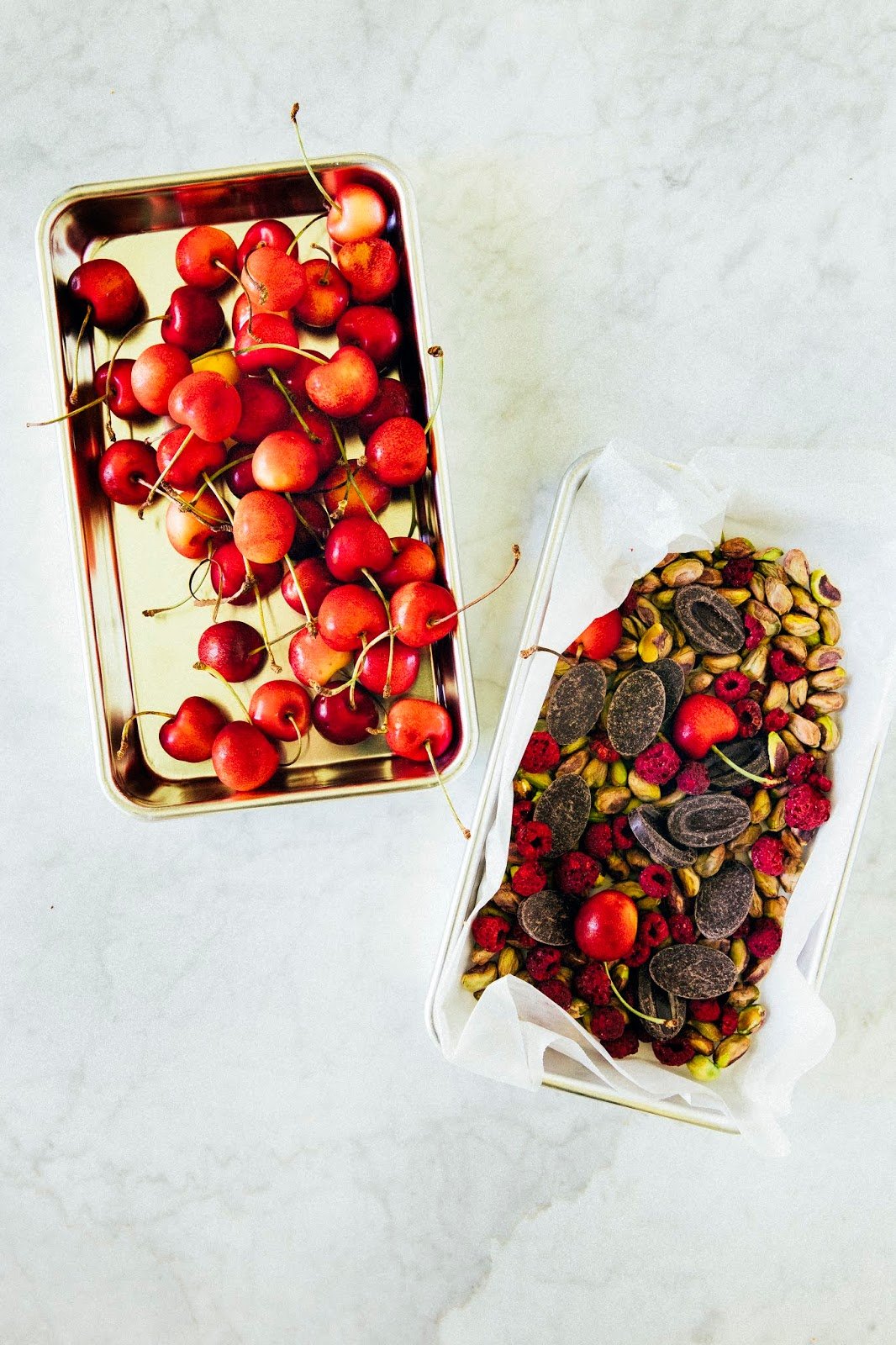 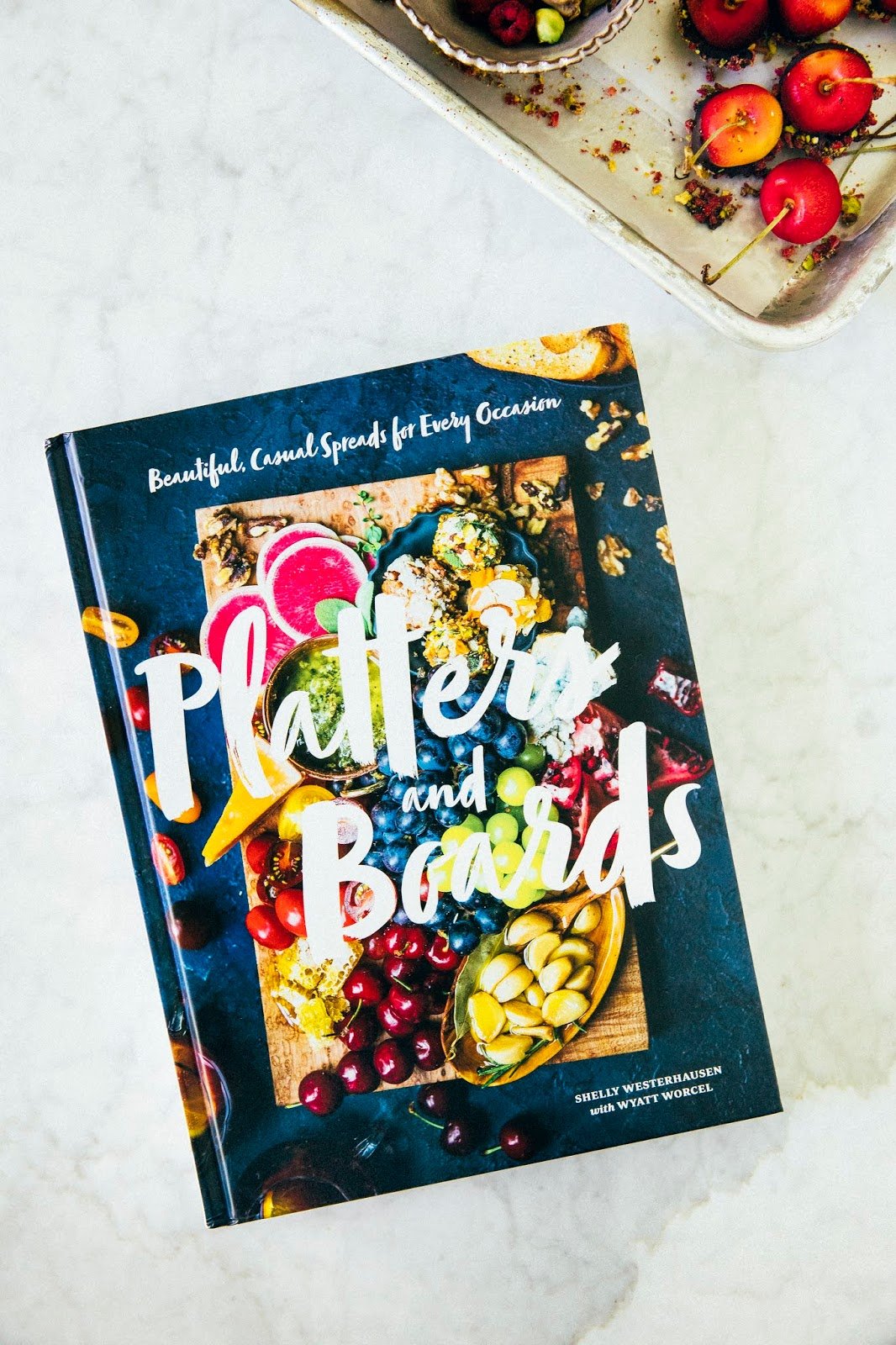 And since we’re on the subject of cookbooks (and will likely be for the next few weeks, sorry), I have a stack of books that I’m working through one by one. One of those books is Shelly from Vegetarian Ventures‘ newish cookbook, Platters and Boards, which is dedicated to building beautiful charcuterie and cheese boards. It’s such a fun and original book, with tons of ideas for different themes and holidays — think: Flower Power Platters, S’mores Smorgasbords, and a Winter Solstice Platter. I’ve been super into it because we had spell where it was 90+ degrees every day and all I wanted to eat was cold salad and cheese, lol. 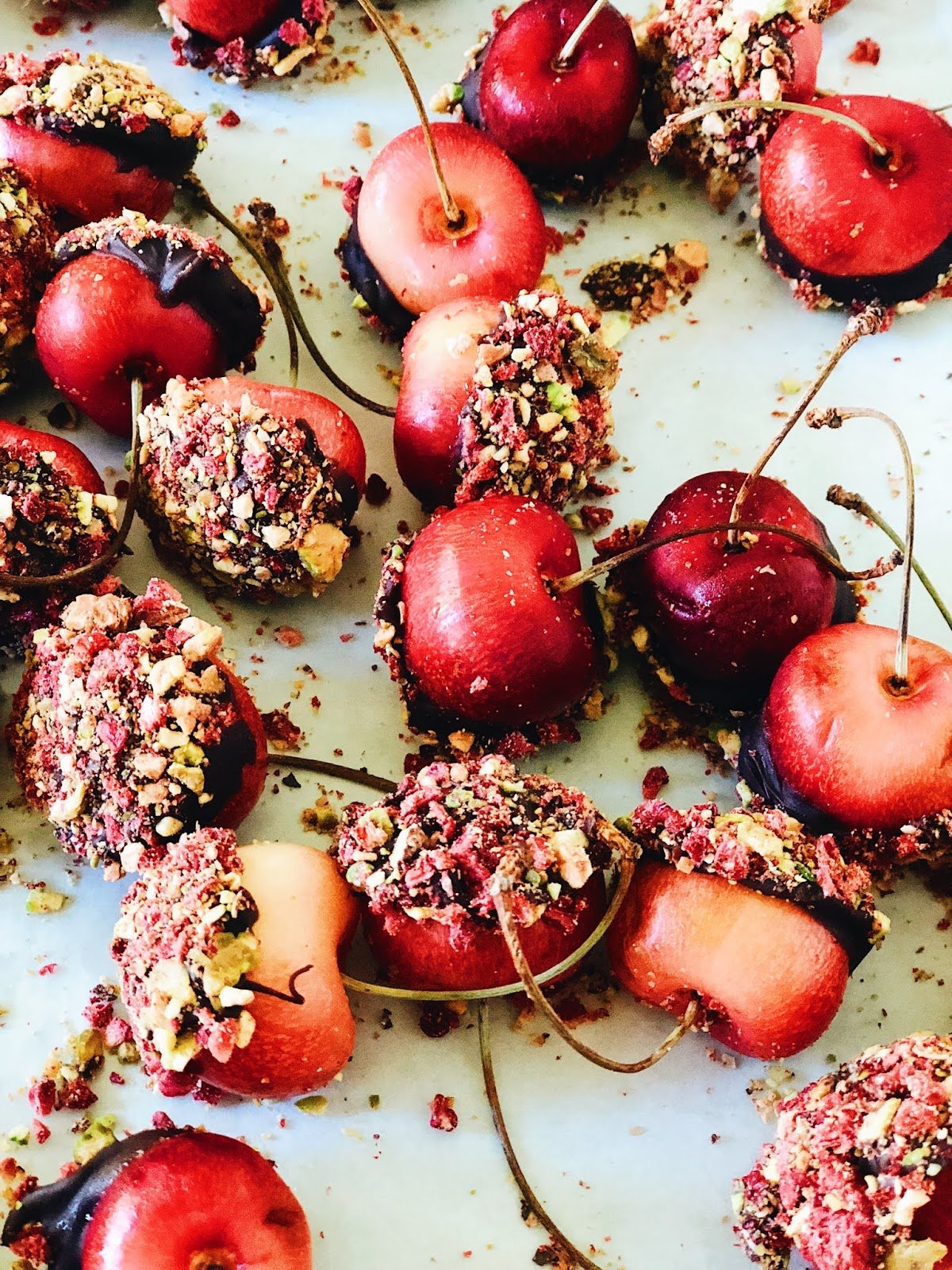 Anyway, Shelly has a recipe for dark chocolate covered strawberries that I’ve had bookmarked since receiving her book; unfortunately I sorta dropped the ball and just missed strawberry season in Portland!!! Now all the farmers markets are selling cherries, which I guess I can’t complain too much about since cherries are pretty dope. I decided to substitute the strawberries for cherries in her original recipe and it worked so well that I wanted to share it with you guys today. Shelly’s special twist includes sprinkling a colorful layer of pistachio nuts and freeze dried raspberries over the chocolate. Enjoy! 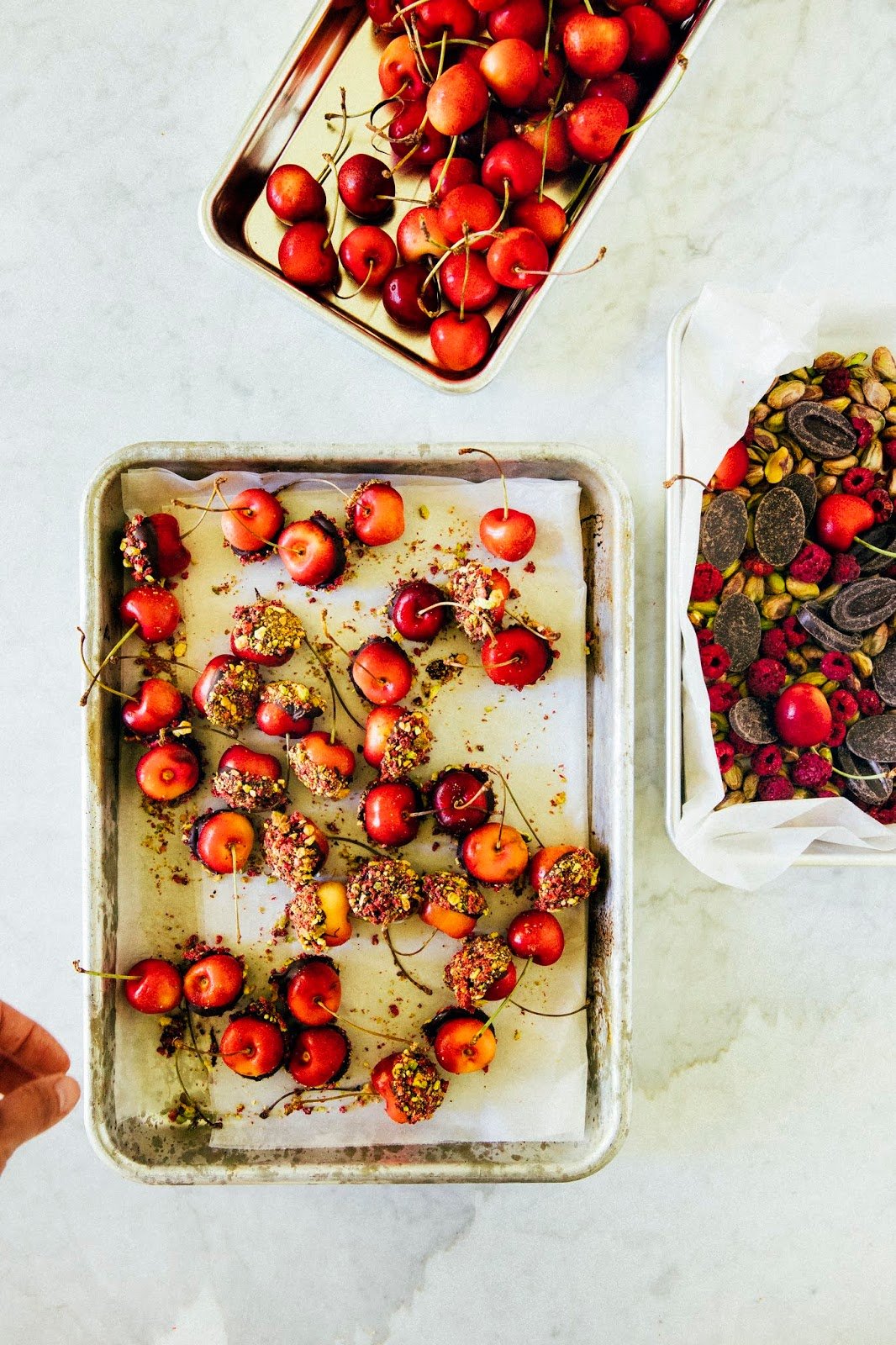 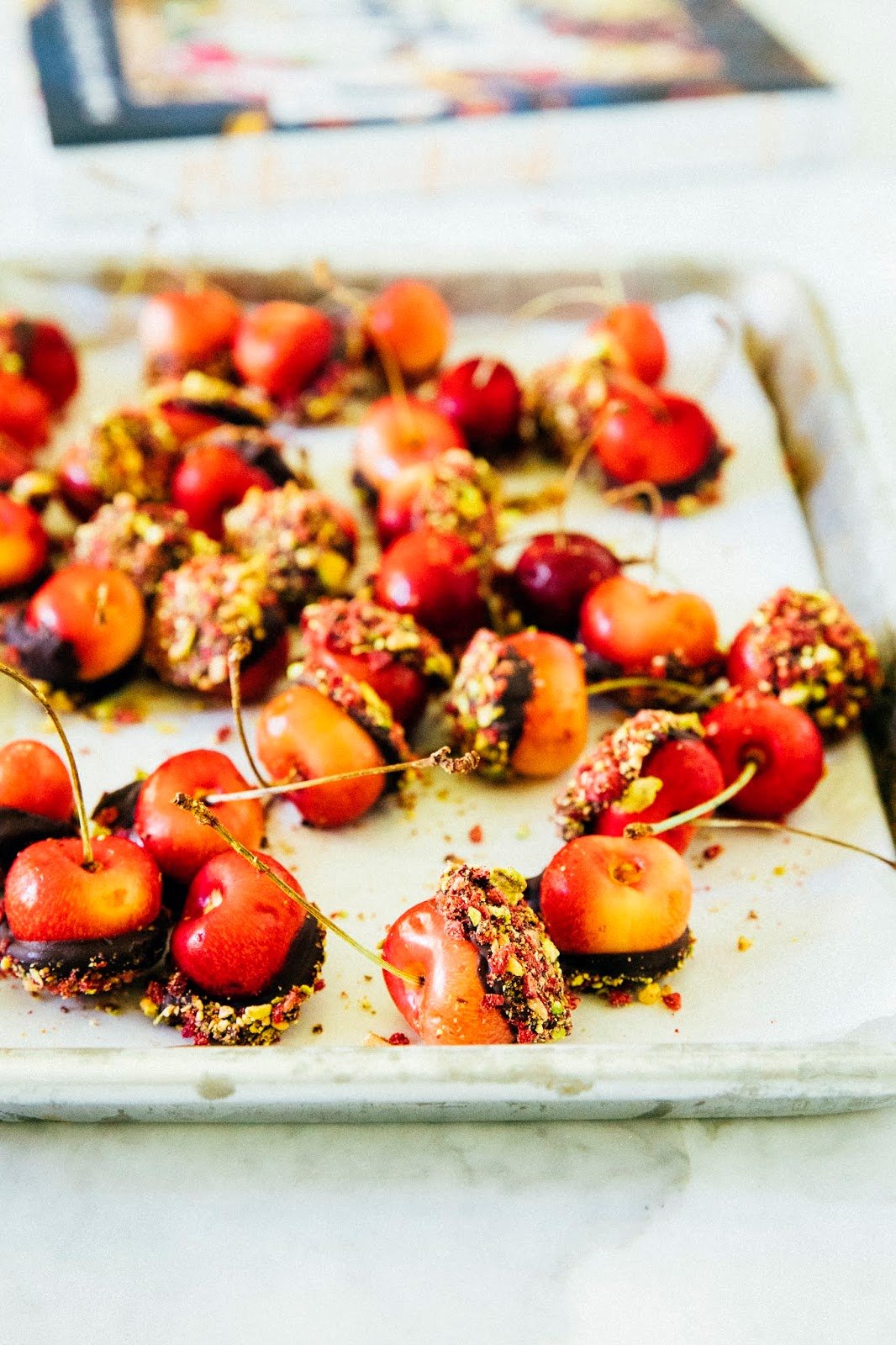 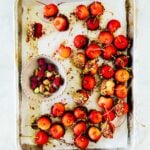 For the Chocolate, Pistachio, and Raspberry Cherries 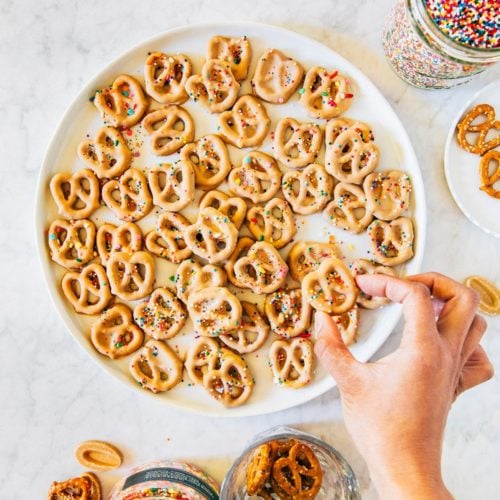 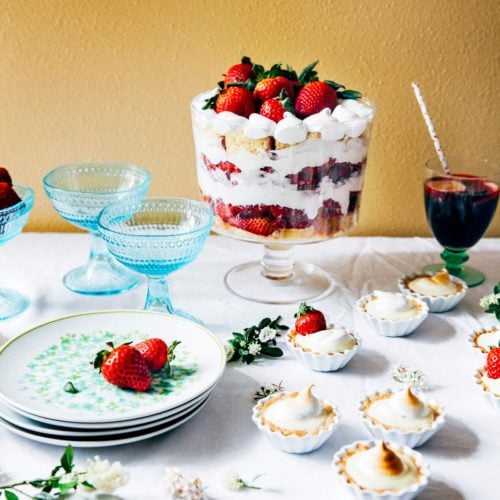 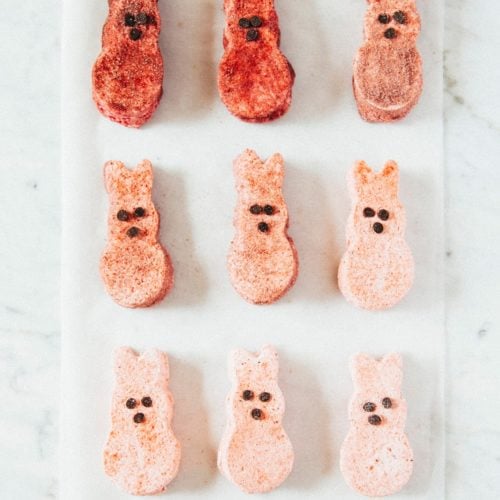