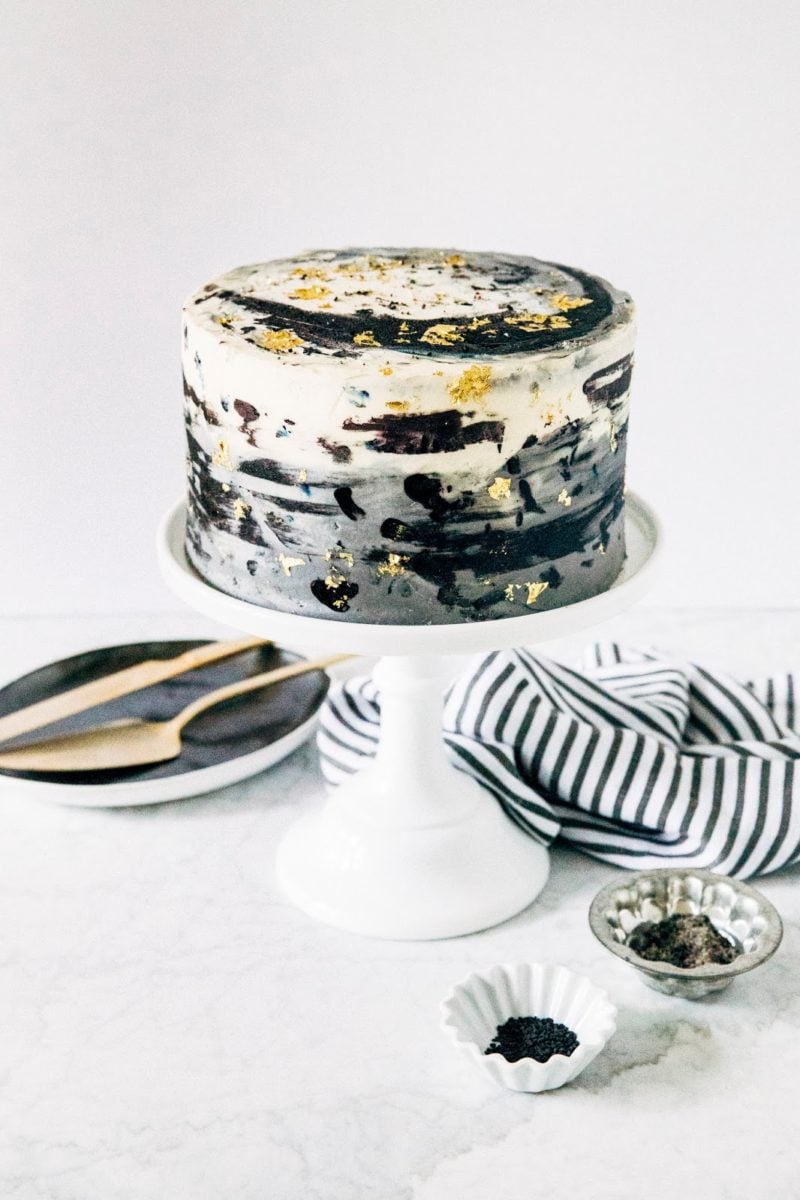 When I moved to New York a few summers ago, I did nothing but complain about the incessant heat. Erlend often rolled his eyes at me. “Wait until winter arrives,” he would say. “You’ll be wishing for this heat.” I would then point out that having lived in places like London, The Hague, and Portland, […] 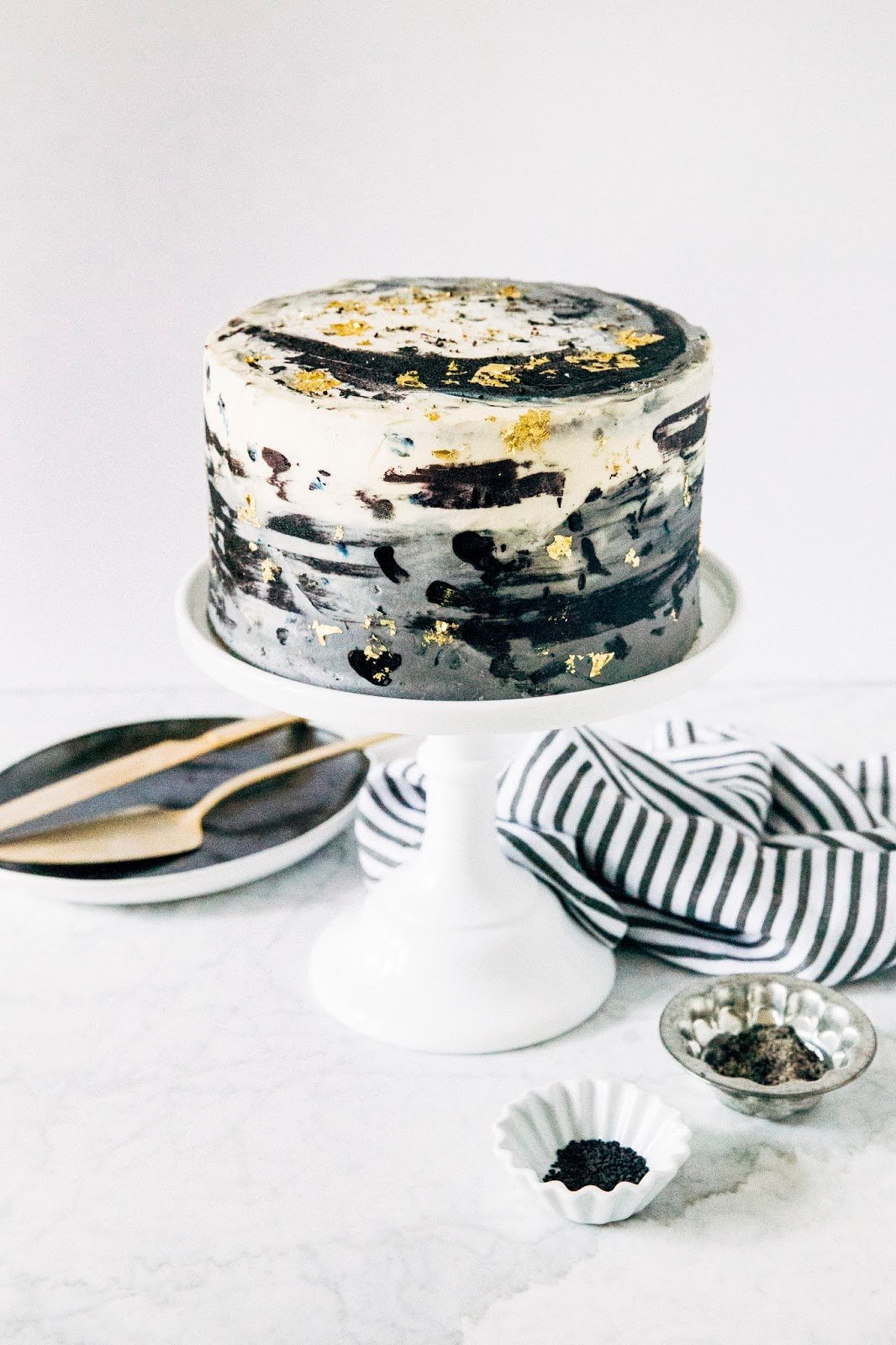 When I moved to New York a few summers ago, I did nothing but complain about the incessant heat. Erlend often rolled his eyes at me. “Wait until winter arrives,” he would say. “You’ll be wishing for this heat.” I would then point out that having lived in places like London, The Hague, and Portland, I was no stranger to the cold. He then shook his head. “Yeah, none of those places get as cold as New York.”

So I took his warning to heart. I went to Paragon Sports and almost shelled out $900 for one of those fancy AF Canada Goose parkas, before I realized that I don’t live somewhere that cold and that they trap wolves and kill geese in scary ways and that $900 is way too much money to spend on a seasonal jacket (I ended up with one of those cheaper, heat-reflective, and wolf-friendly puffers from Columbia Sportswear instead). I spent a considerable sum on waterproof leather boots that were nice enough to rock at a corporate office environment and a cashmere wool hat from Madewell. I was ready. 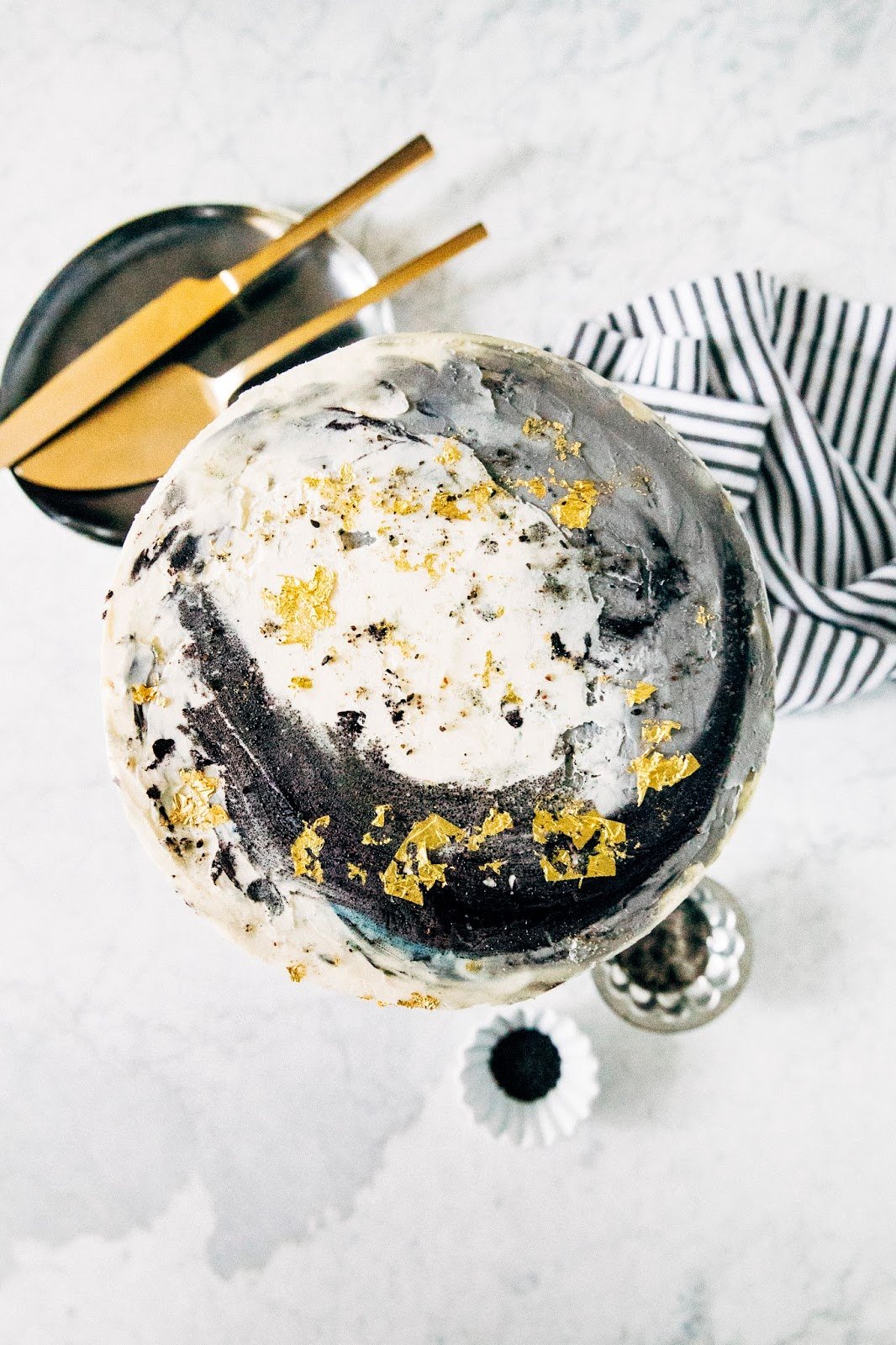 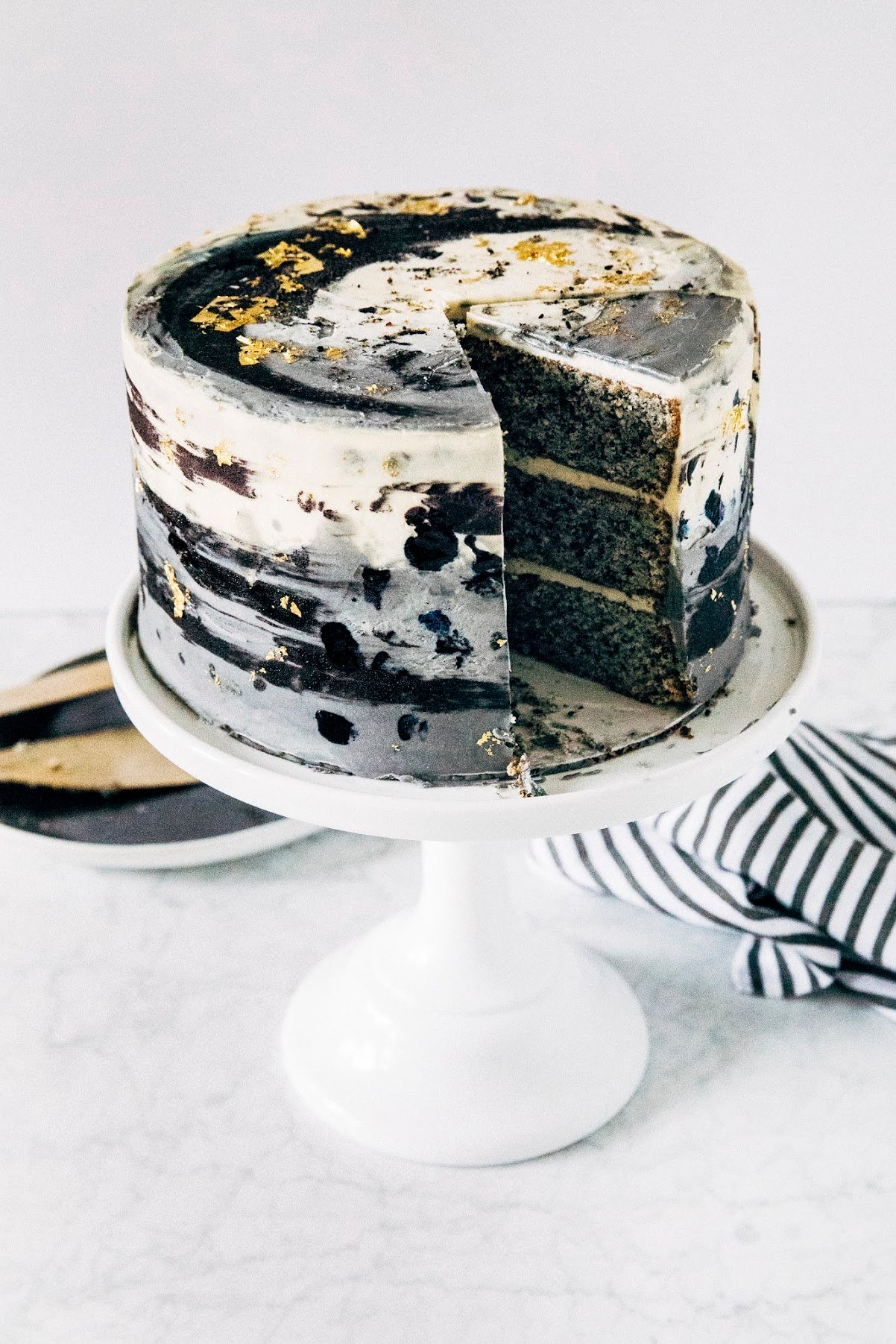 And then the winter of 2016 came and it was, well, NOT COLD. It snowed a grand total of two times; both days weren’t cold enough for the snow to stick to the ground. I used my pricey leather boots so infrequently that they still haven’t broken in properly over a year later. My high-tech puffer jacket was too hot and bulky to wear on the subway; I switched back to the thinner wool coat I wore in Portland. And before I could even get sick of the cold weather, summer arrived early (skipping spring all together, because honestly, there are only two seasons in New York now — summer and winter) along with the brutal humidity I hated.

Erlend jokes that I’m New York’s warm weather lucky charm. I missed the polar vortex in 2015; I missed the bomb cyclone at the start of this year. I’m sure at this point, a handful of you guys are wondering: why on earth is this psycho girl complaining about missing the freezing cold weather? Truth be told, I probably wouldn’t really enjoy it that much if I actually was in New York during the bomb cyclone (especially since the folks who ended up renting our apartment after us apparently lost all heat and hot water since our landlord was the absolute worst). It’s more FOMO than anything. Because let’s face it — while the photos of the snow dappled brownstones in Brooklyn and frosted trees in the park outside my old office building are very, very pretty, you know that shit would hurt IRL. 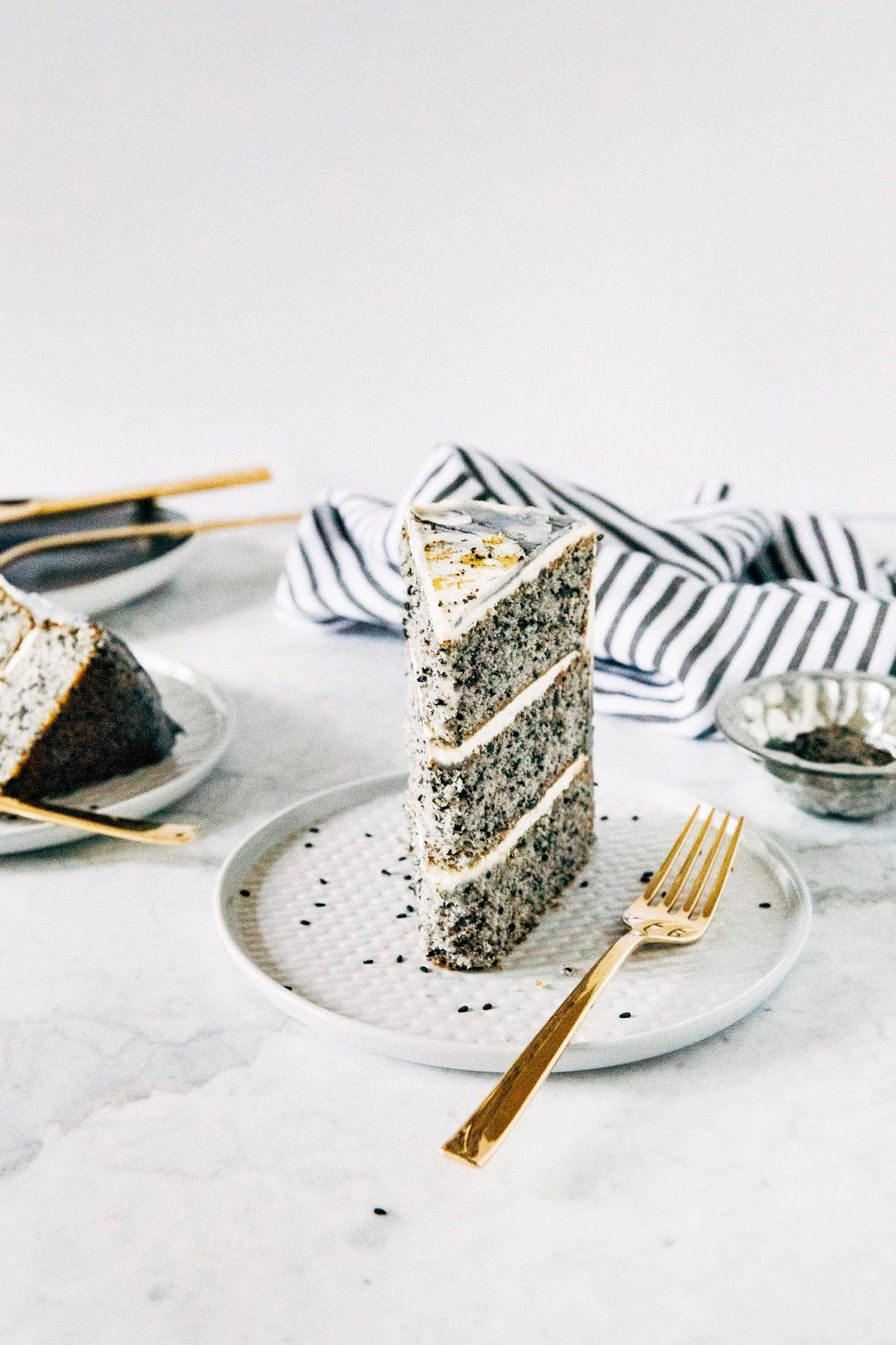 So my East Coast friends — this cake is for you. I know the bomb cyclone ended a few weeks ago, but I wanted to commemorate (and maybe commiserate) the occasion with a bomb cyclone layer cake. The frosting is partially inspired by this Wikipedia photo of a bomb cyclone hovering over Japan in 2013, but also this STORMBORN frosting design from Buttercream Bakery and this monochromatic beauty from Cake Ink (REAL TALK: why are Australians such talented pastry makers? How? Should I just move there already and learn all the skills?). The inside is just as dramatic too: an all-natural, all-black-erythang black sesame cake. And folks, you’re in for a treat — this is the first recipe I’m sharing from my upcoming cookbook, Weeknight Baking, as it’s actually a variation of one of the book’s foundational cake recipes (White Wedding Cake, for those interested). 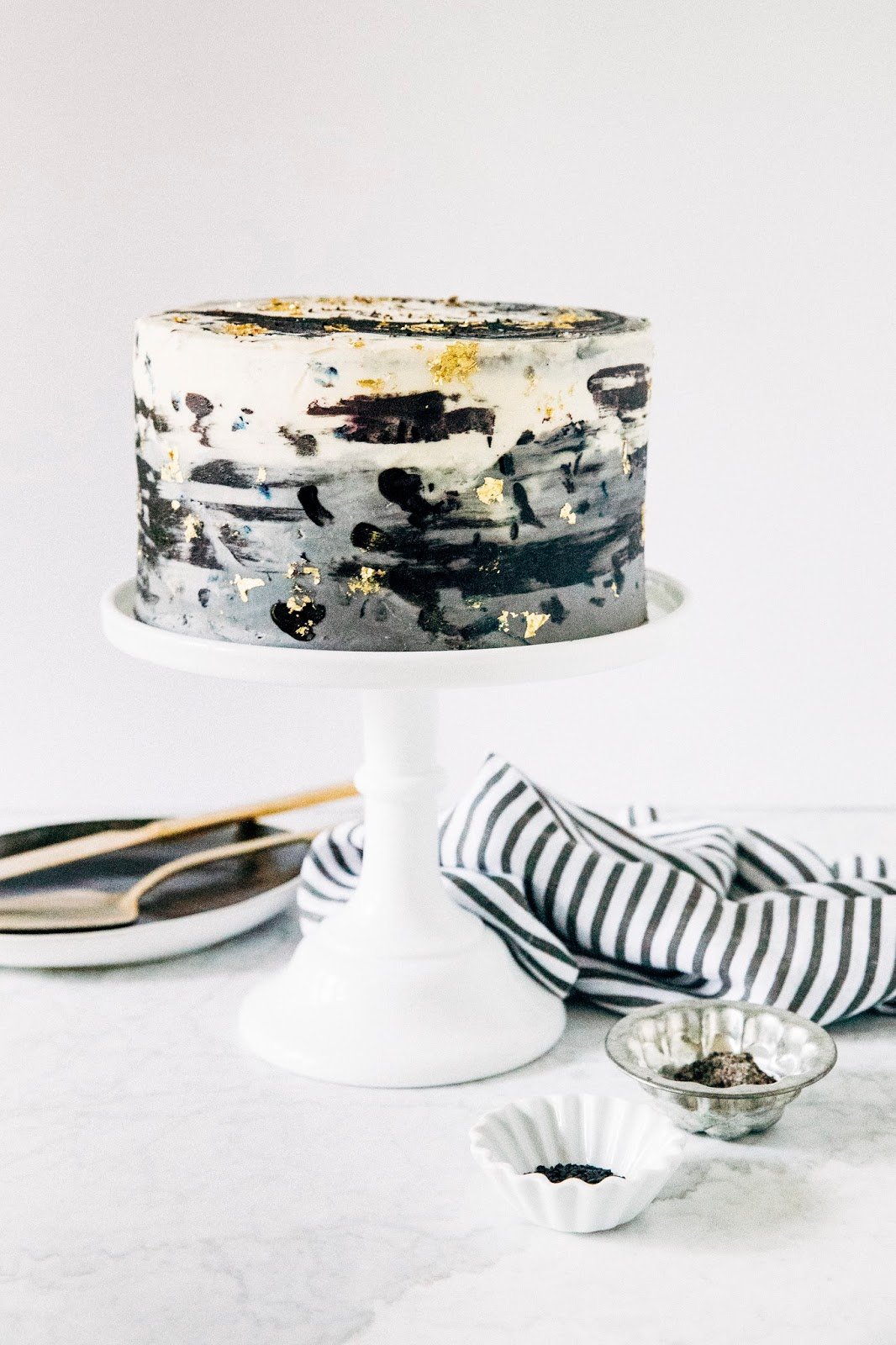 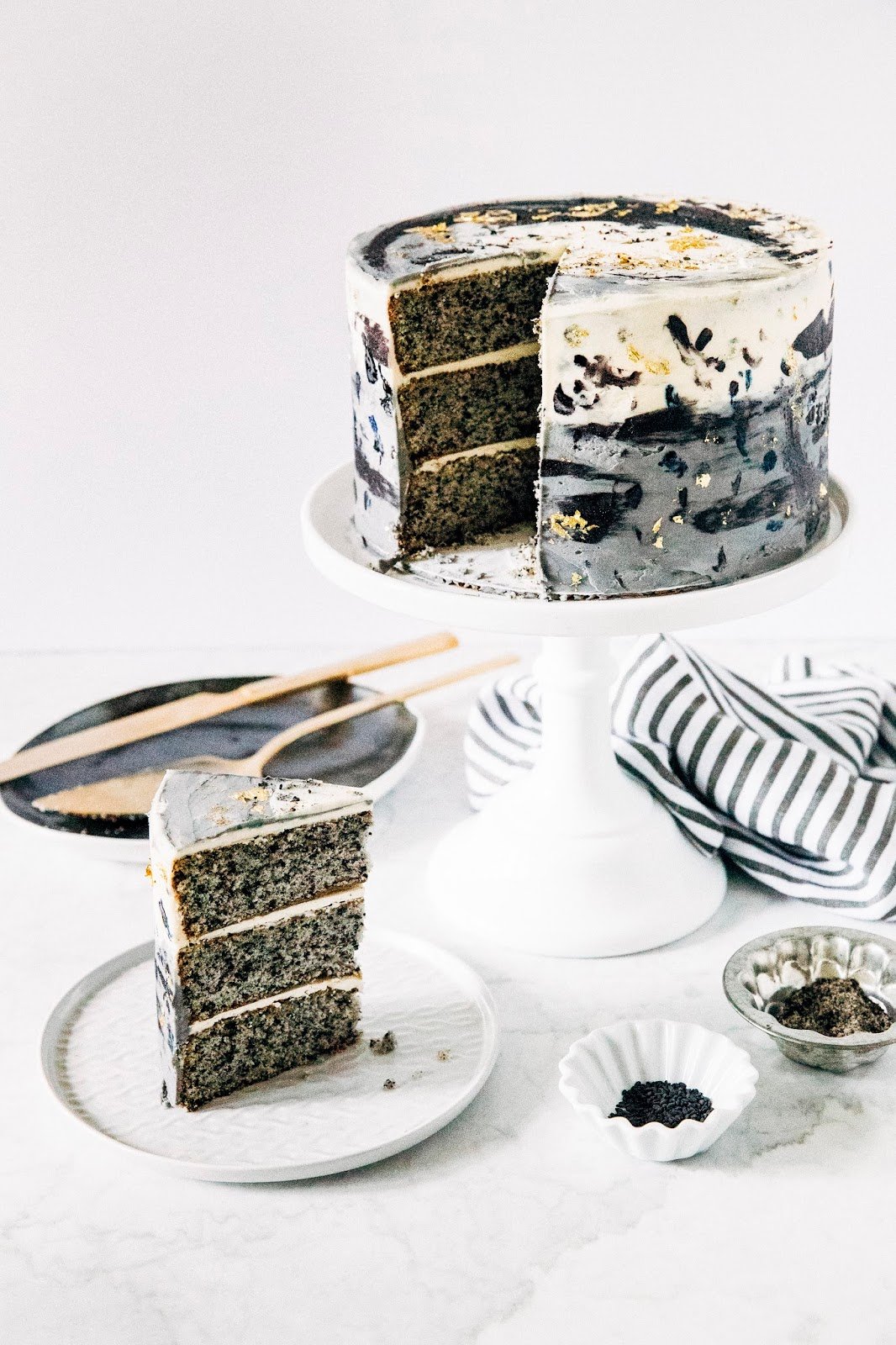 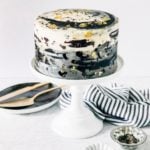 For the Black Sesame Layer Cake

For the American Buttercream

For the Black Sesame Layer Cake

For the American Buttercream